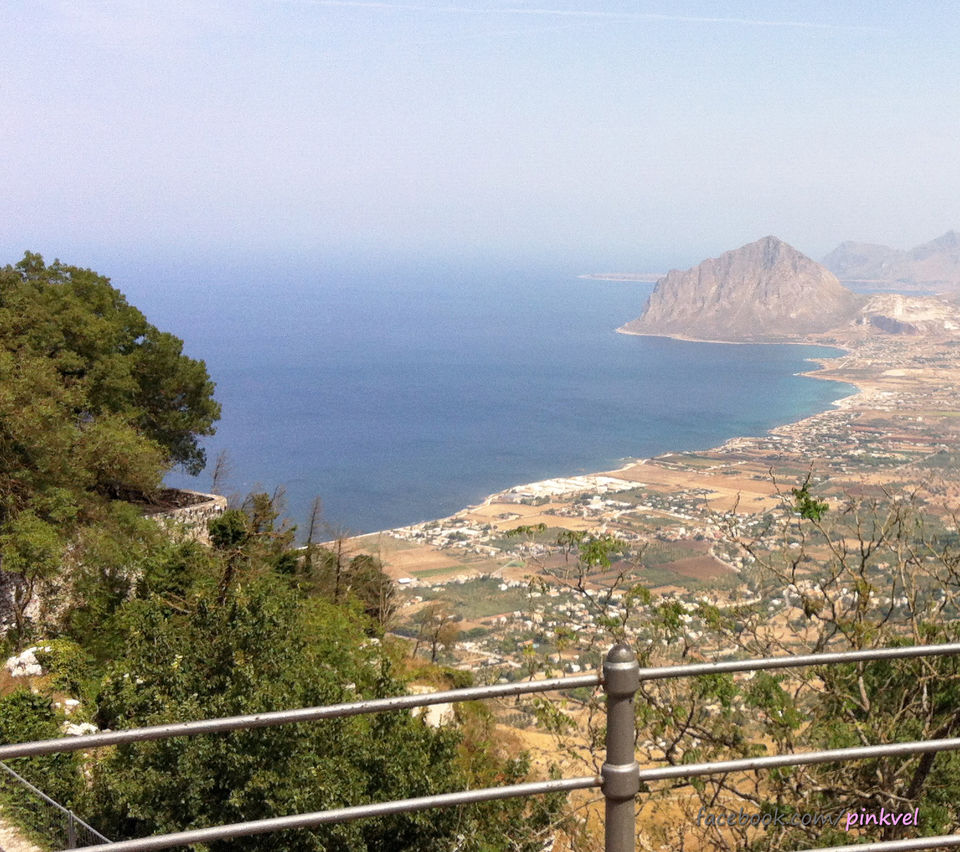 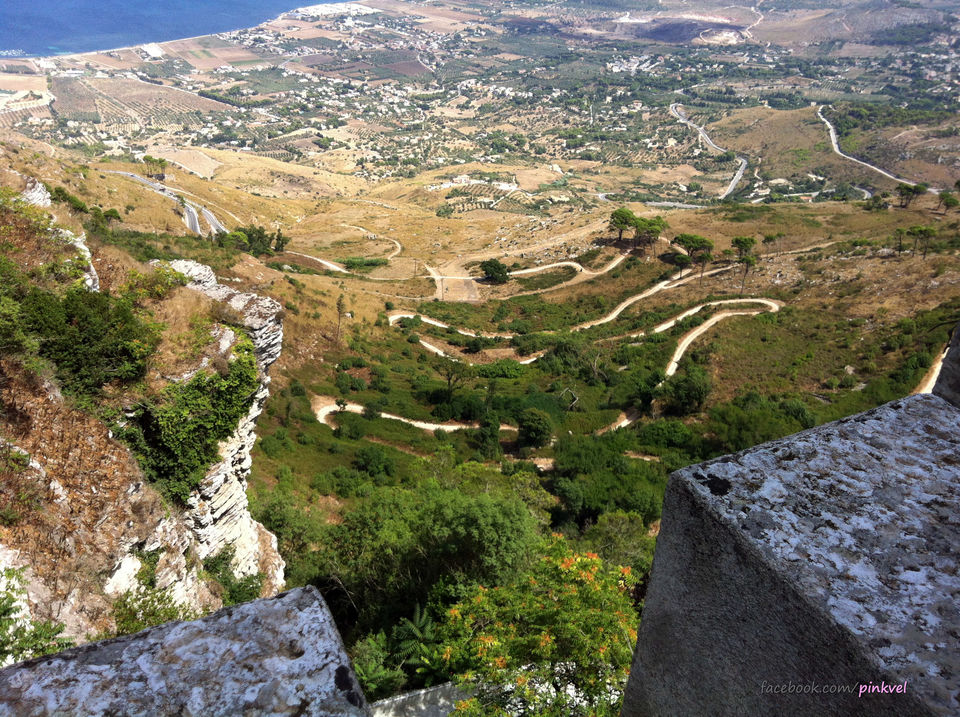 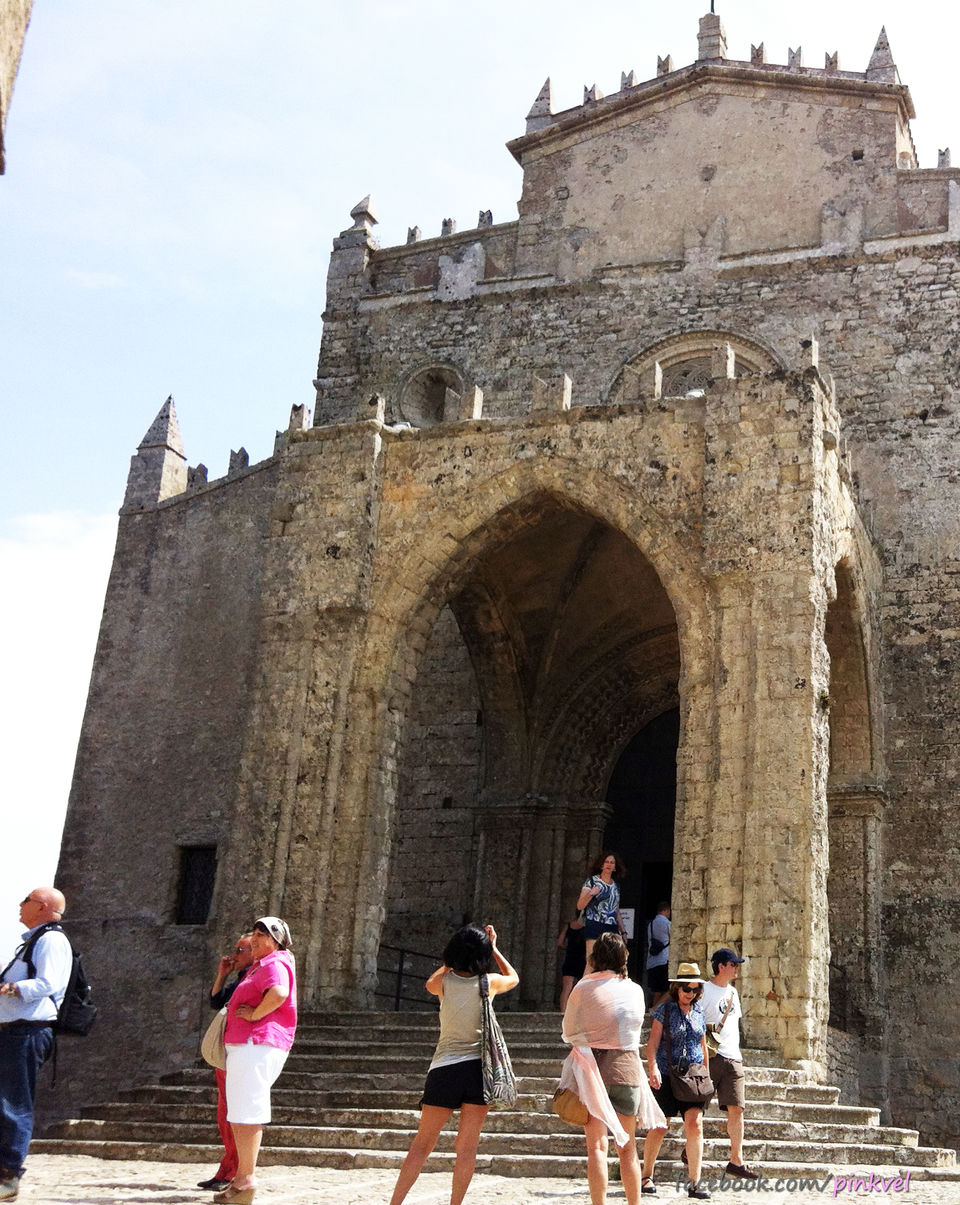 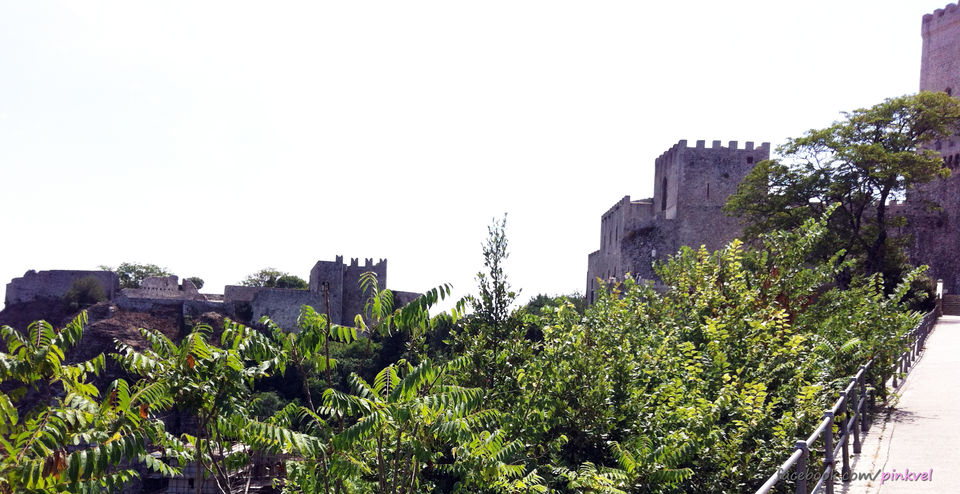 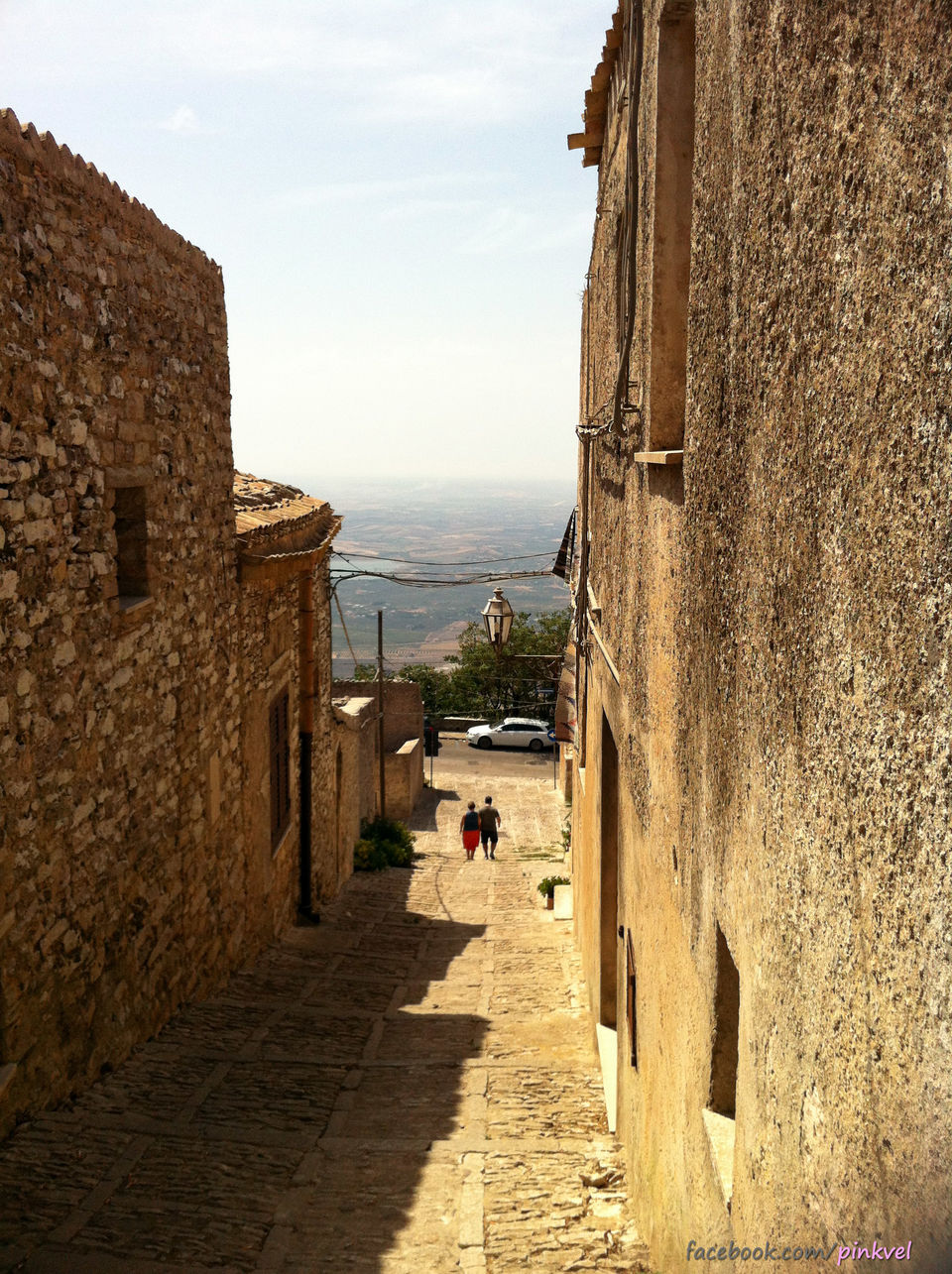 On the highest top a medieval village rises among bristly towers. It is the small village of Erice where once the most famous temple of the most famous goddess…Venus,… with its fortified walls, with its streets accurately paved”.

Roger Peyrefitte, descripion of Erice in 1952

There is one road in Sicily that brings you back in time – curve after curve – until you arrive to Erice. Erice is a Medieval town, with only 512 people living in the city center. It is located at a hight of around 700 meters on Mount Erice, with a wonderful panoramic view of Sicily’s west coast, with Trapani and the Egadi islands.

When we first arrived to the top, the town was covered by a thick fog, which gave a somehow fascinating mystical look to the town.
It is a phenomenon that often takes place on Mount Erice and which led to many mythological histories about the town. Since prehistoric times, Erice has been connected to the goddess of fertility, love and beauty: to Venus. Some say it is because of the strong relationship between water (fog) and fertility.