There is much more to Bengali sweets than Sondesh, Mishti Doi and RoshGulla!!

Sweet is a celebration of life in Bengal!
Bengalis are born with a sweet tooth!! No sweet desserts of any country are as varied and tasty with a historical past as Bengali sweets are!!

A look into history brings out how European traders and pirates who plundered the riches of Bengal centuries ago had brought with them the art of sweet making.

The Portuguese, who were dreaded as tough pirates and were a menace along the long coastline of Bengal, are attributed to have taught Bengal the art of making chenna or cottage cheese, the main ingredient of Bengali sweets!

The story goes that the rest of India thought that allowing milk to curdle was a sin. The "moiras" or confectioners, of Bengal apparently got around the forbidden aspect by deliberately cutting it with acid - lime juice. Once that was accepted, there was no looking back!!
Jokingly one says, Bengalis are indeed indebted to these pirates "sweet pirates"!
This predominance of Chenna has given Bengali sweets a distinct identity !!

West Bengal offers a rich variety of delicacies for every palate. The sweet tooth of Bengalis, as well as the variety of sweets and desserts available in the region, is astounding!!

While some of those quintessentially Bengali recipes have now found their way to the rest of the country, there are several Bengali sweets which have not reached their deserved potential and popularity yet.

"Mishti" or Sweets are officially designated to ‘belong’ to Bengalis regardless of religion and region!!

For decades, sweets are Bengal’s pride attracting people all over the world. The names, ingredients, presentation all are exclusive and there are more than enough options for you to satisfy your tastebuds.

When it comes to Bengali sweets, whether you have a sweet tooth or not hardly matters! One look at these will melt your heart and your taste buds!!

My favorites are ~
Kheer Kodom ~ An exotic Bengali sweet, made of mini roshgullas, grated khoya and powdered sugar.
Kheer Kodom is a two layered sweet . The core is made of dry roshgulla, at times with flavors. The shell is kheer. It is then rolled over a bed of shredded kheer.
Also known as Raskadam, has two layers of dessert heaven!
My favorite is the orange flavored Kheer Kodom from Annapurna sweets in New Delhi.

Patishapta ~Bengal celebrates Makar-Sankranti with the traditional Patishapta! This famous sweet is mostly made on this occasion and besides being tasty, the recipe is fulfilling with its nutritional value also.
Patishapta is much like Crepes made of rice flour filled with shredded coconut and jaggery sometimes it is filled with kheer too.
Hot or cold, this tender Patishapta dissolves in your mouth right after your first bite and fills your soul with a happy feeling! It left mine!
I was in love with it after eating it for the first time in Kolkata at the most popular and famous sweet shop of Bengal, Balaram Mullick and Radharaman Mullick at Bhawanipore.
The magic is in the thin melt in the mouth Crepes!! I have not eaten such Patishapta again!

Mohan Bhog ~ there are two types of Mohan bhog, semolina based and chenna or paneer based. I just love these attractive to look at delicious to taste chenna based Mohan bhogs!! Some have a dollop of strawberry jam in the centre!

The Nolen Gur season spans from the second half of December to the first half of February.
Come December in the life of a Bong, the charm of the Mishti heightens manifold! This happens with the support of Date Palm jaggery or Nolen Gur!
It’s the cold that does it—sets the sap rising in the date palm stems and gives the favourite Mishti's of Bengal their unforgettable flavour. Yes, yes, every season in Bengal is mishti season, but winter is open season if there ever was such a thing. That’s when nolen gur, the new young gur, runs brown, lending its smoky sweetness to chenna and milk.
It is made from the first flush of juice from the date palm trees. Only the first flush makes a premium quality Nolen Gur, rest goes to make other inferior variants of jaggery.

But winter or no winter, the charm of Bengal’s sweet affair is far from fading!

Nolen Gur Payesh ~ the names of Bengali sweets reveal most of the ingredients but the real magic of taste lies in the cooking style.
Kheer is known as ‘Payesh’ in Bengal.

Nolen Gurer Payesh is a winter delicacy for the Bengalis. Made with milk, rice and special 'gur' which is available during winters only. ( Nolen ~ New - Gur ~ Jaggery).
This dish is mastered with the richness of jaggery and loads of stirring while you cook! Forms a thick creamy consistency with rich cardamom,  and tastes best when served chilled with toppings of nuts like pistachios, almonds and cashewnuts.
No celebration is complete without Payesh!
Payesh in itself is a very important traditional Bengali dessert. The only other way to explain the importance of a traditional Payesh/Rice Pudding is to compare it with Champagne!
If you can understand the importance of Champagne to bring in a family celebration then you can probably understand the importance of Payesh!  For a Bengali, a spoonful of Payesh is a must on a special occasions.  Also, the first spoon of non-solid food that goes into a Bengali child during Annaprashan or the First Rice feeding is Payesh !!
Payesh is a celebrity dish that cuts the ribbon in an opening ceremony!

Malai Chom Chom ~ Malai Chop ~ Malai Sandwich ~ lovely golden brown hue, or at times its the natural white cream colour.
Made with chenna, khoya and malai with a slight hint of kesar ~ saffron, it is best served chilled!
Soft spongy a rich dense texture makes Malai Chom Chom an unforgettable rendezvous with your taste buds!
It's a must during Raksha Bandhan, Navratri and Diwali!

Sita Bhog ~ is a popular dish from the Bardhaman area of West Bengal. A very tasty and very interesting looking dessert! Looks like white rice or vermicelli mixed with small pieces of Gulab jamun. Made from cottage cheese ~ chenna , rice flour and sugar, Sitabhog gives the appearance of pulao but tastes sweet.

Many variants of this are available now but traditionally it was made of white rice and gulab jamun.

The Maharaja of Bardhaman , invited Lord Curzon at his palace for lunch. To memorize the hosted lunch, the Maharaja asked his confectioner to make a sweet dish, something new and unique which would amaze the Lord.
Sitabhog, prepared by his confectioner received an instant endorsement by the royal guest and the sweet went on to become a raging favourite among the rest!
It has a short shelf life!

Chandrapuli ~ or moon cake an authentic Bengali sweet.
Shaped like a pale crescent moon, this dessert is made from cottage cheese, mawa, coconut and jaggery, a little hard to bite, unlike the other soft Bong sweets!
The combination of ingredients, make it the perfect dessert to indulge your sweet tooth! Be warned, however, that for some it may be a little too sweet! But I just love it!!
A popular sweet, and a must, enjoyed during festive occasions such as Durga Pujo, hosts welcome their guests with Chandrapuli.

Chitrakut ~ A square Gulab Jamun! Kind of! No  it would be unfair to call it by that name!
There is a small and subtle difference!!
Made from freshly churned cottage cheese from cow’s milk. It is different than paneer!
A traditional Bengali sweet fried brown and garnished with nuts, melt in the mouth dessert!
Leaves one craving for more!!

Jolbhora Sandesh~ A special Sondesh! The best known date palm sandesh is the jolbhora water-filled, taalsansh, which replicates the sugar palm fruit known as taalshansh in Bengal region.
A thin skin, which is to be peeled off, reveals a fleshy jelly part, while the fruit holds watery fluid inside. Also known as Tadgolla.
The sandesh is moulded in the shape of this fruit and a hole is made in the centre to hold the liquid gur, before it is sealed. It is best eaten fresh for the gur subsequently dries and is comparable to liqueur chocolates. Perhaps the art was learnt from the French who once ruled Chandanagore in Hooghly district, which is particularly noted for this delicacy.

Kancha Golla or Pran Hara ~ A classical Bengali sweet. It is equally popular in West Bengal as well as in Bangladesh. Also known as dry roshgulla. I realised it is an extension to the popular roshgulla, the basic difference between these two is, one comes with sugar syrup and other comes within it. Made with well-kneaded chenna and condensed milk added to it. The condensed milk adds moistness and also a sweetness to the dessert, and thus making it  a unique dessert!!
It is known for its soft , moist, luxurious tender texture this authentic sweet is really something!  The mild sweet taste with a hint of rose water is out of the world!
Also prepared with "Chenna and Nolen Gur".
"Captivating Heart" is what I'd say!
It’s very hard to translate and describe the literal inner meaning of this delicacy.

Komolabhog ~ is  the  orange  flavored  cousin of  the  popular Bengali sweet Roshgulla! But I say It's different!! Pure winter-special dessert made out of chenna or cottage cheese carefully mixed with orange juice is almost-extinct dessert from Bengali tradition. I didn't know about this dessert till I had it once!
Tastes so fresh and eaten chilled it's so cooling, especially in summer!!
I love citrus  flavors. Citrus  has  this wonderful ability to brighten up any dish  instantly,  whether you  cook  with it  or   just garnish with it! A fresh feel, fragrance and flavour!!

No hospitality is ever complete without serving sweets or “mishti” as Bengalis call it.

I was  clueless  about  Komola Bhog and Chandrapuli until a dear friend from Delhi sent them to me, her husband very caringly, carefully carrying the "sweet burden" all the way by air!!

Sitabhog was introduced by my daughter in law!

The creativity used around one simple idea of a sweet dish is highly appreciable!

West Bengal’s Mishti's are a class apart but the sad part is that we can find this quality, taste and variety only in West Bengal!!

So these are my favorites!! There are loads out there which I haven't had as yet!!
How many of these Bengali sweets have you tried??

I genuinely wish that I could also add the sense of taste and touch to my posts so that you could get more than just the visuals. The way technology is evolving, may be someday we will be able to to that as well – 4D blogging. But till then.... 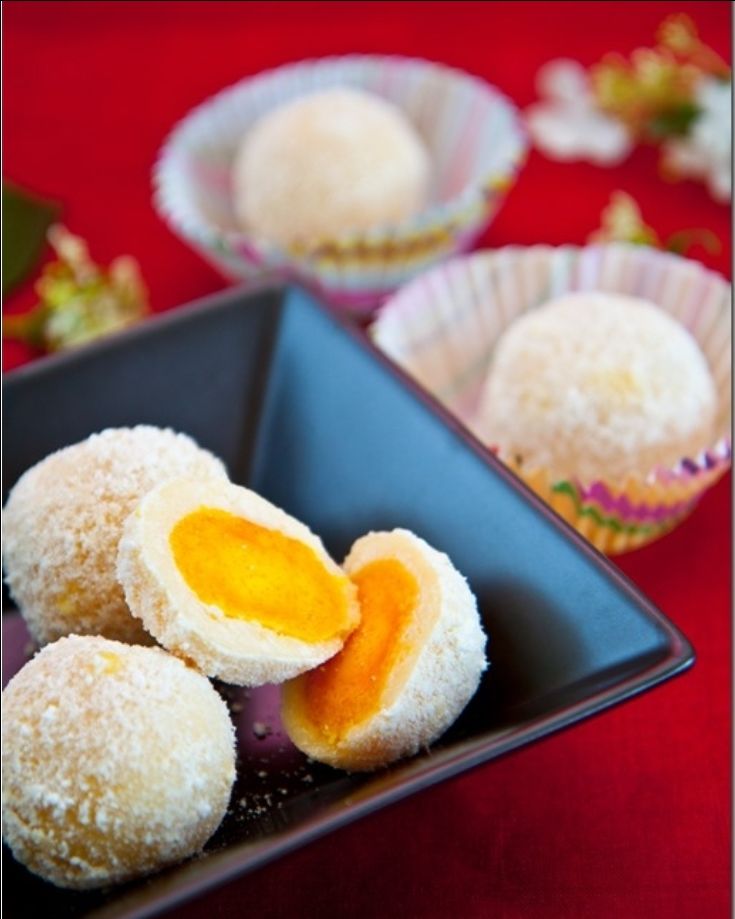 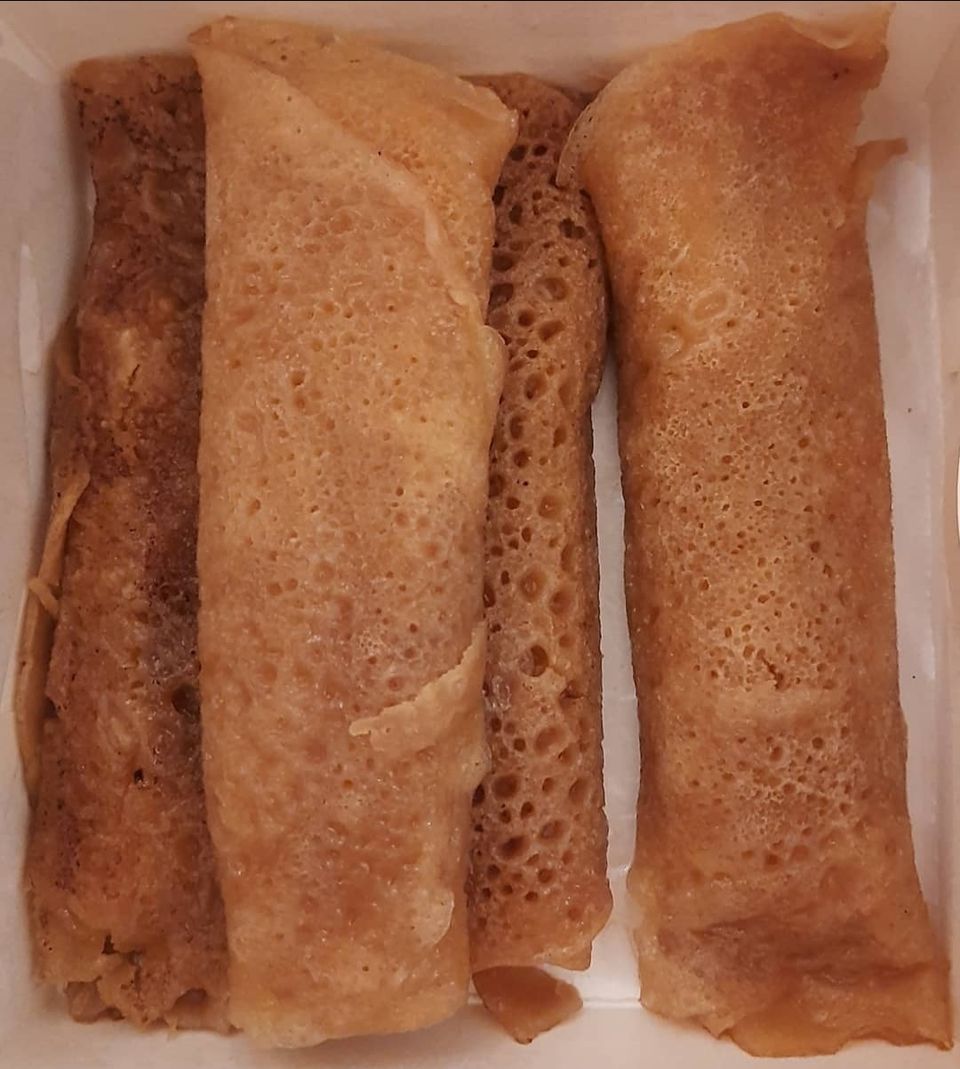 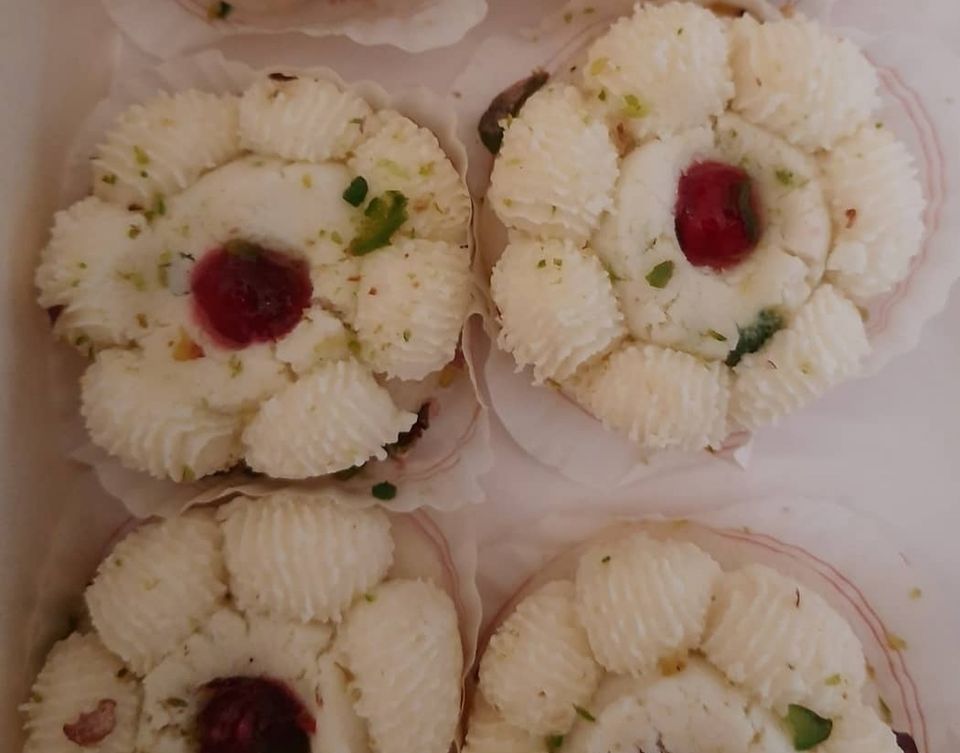 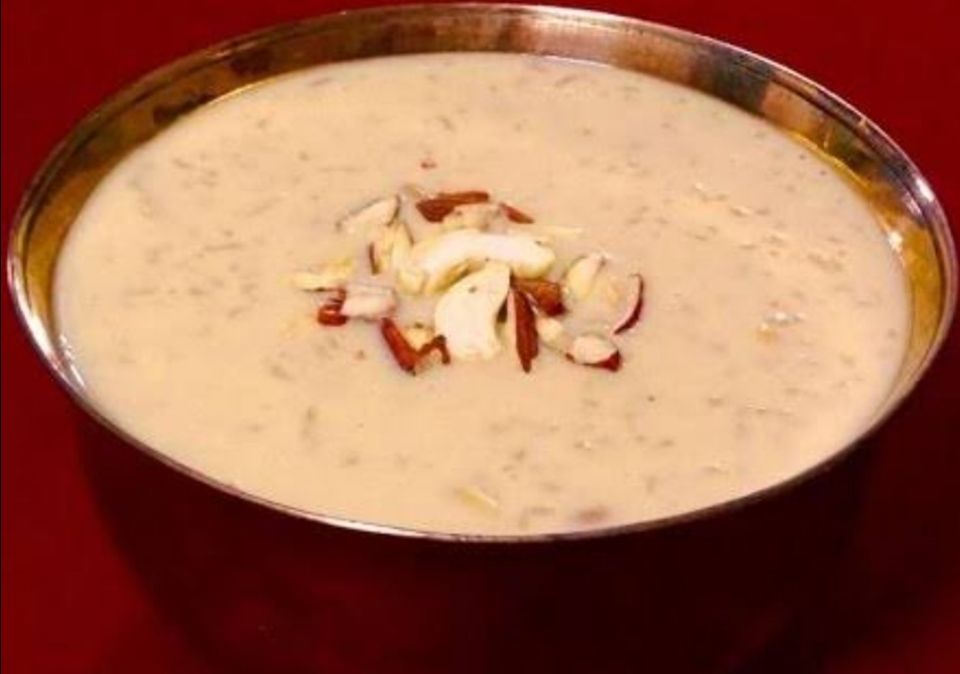 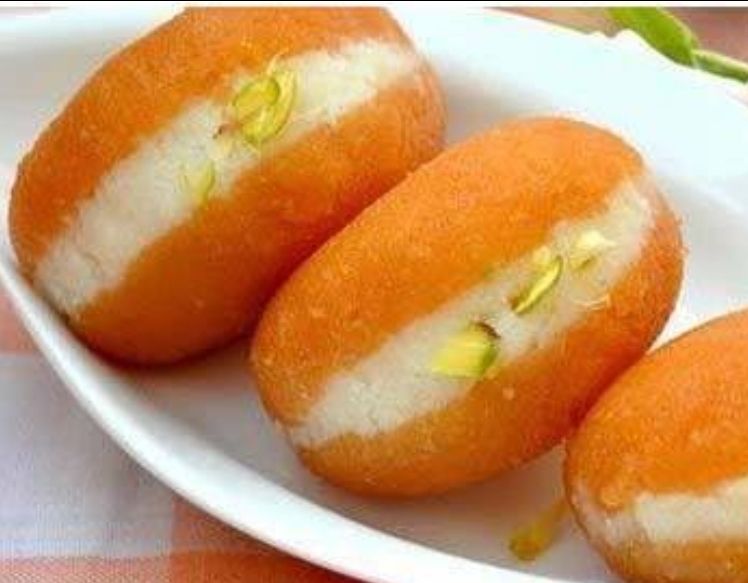 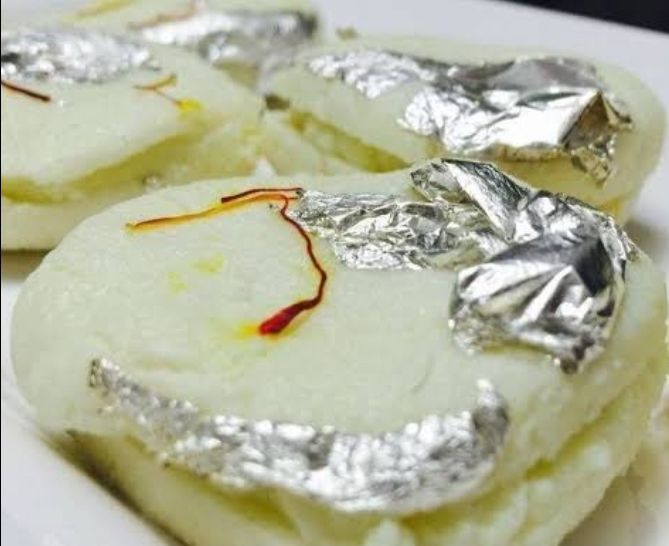 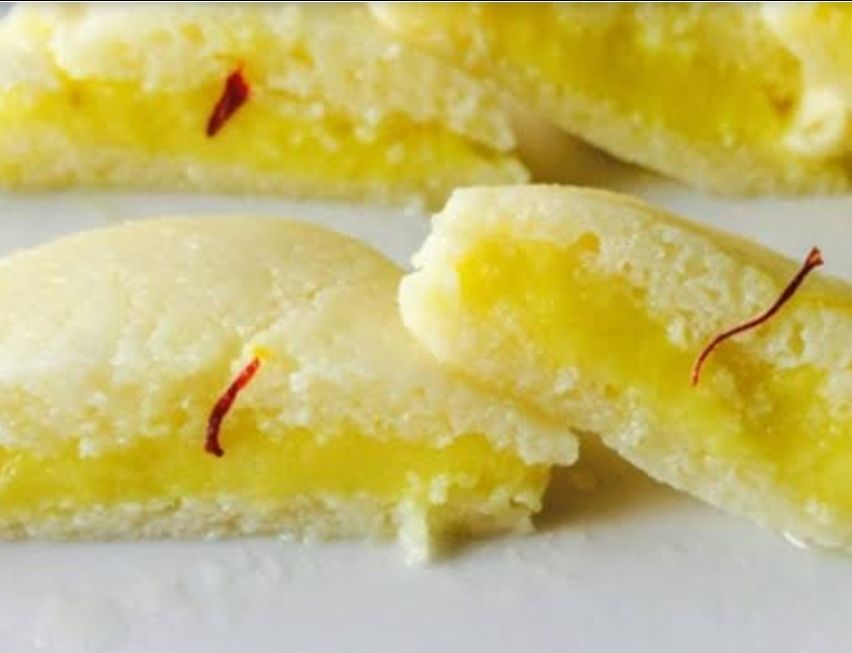 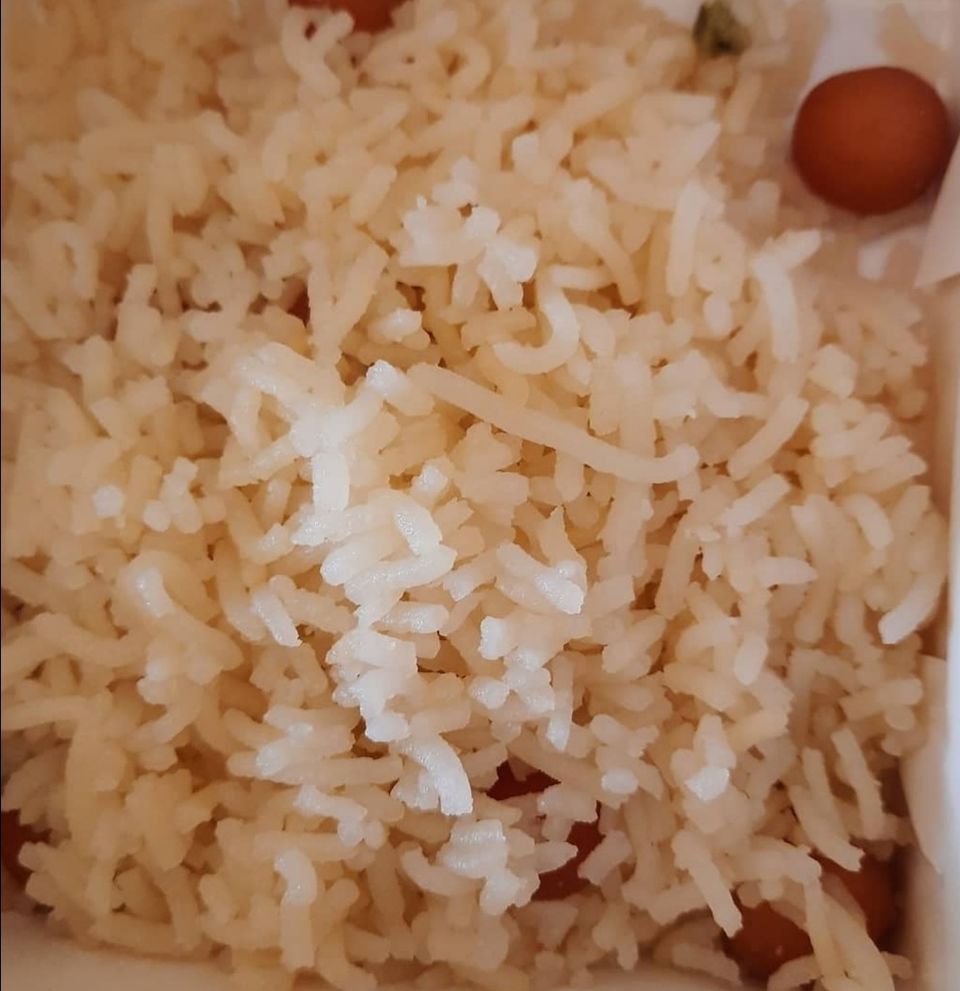 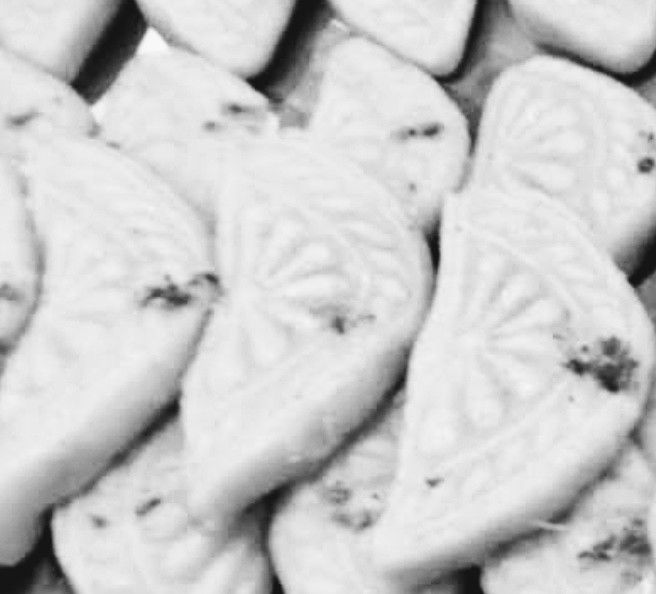 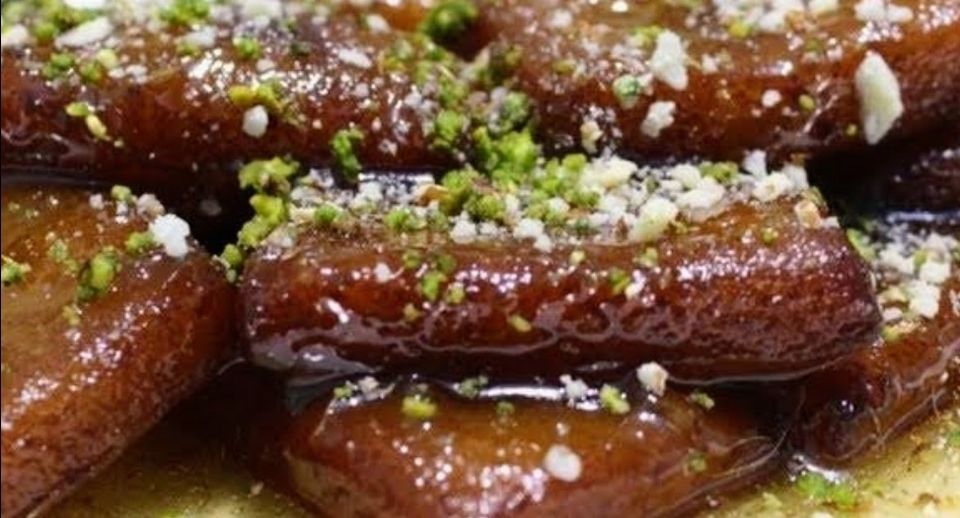 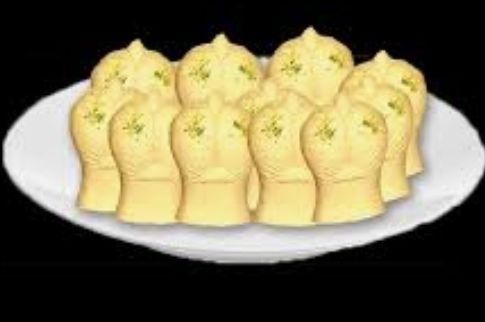 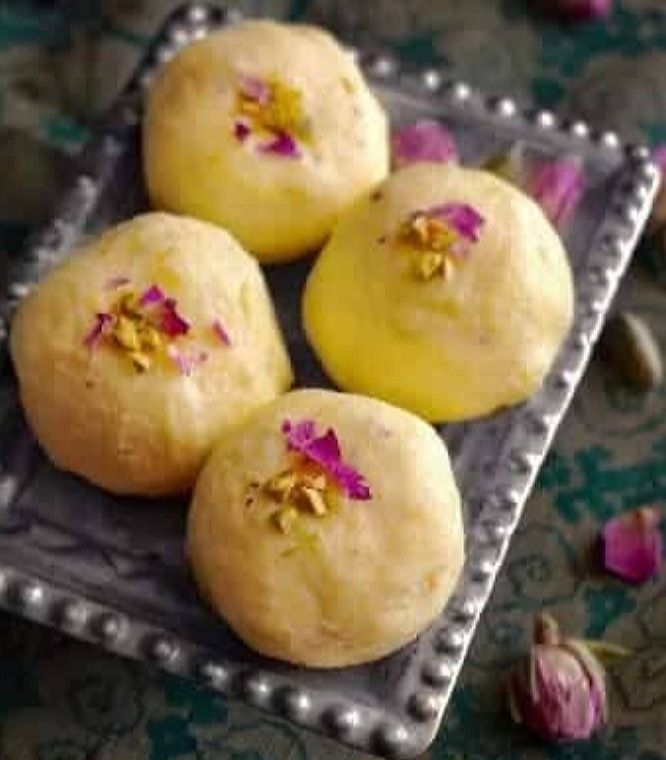