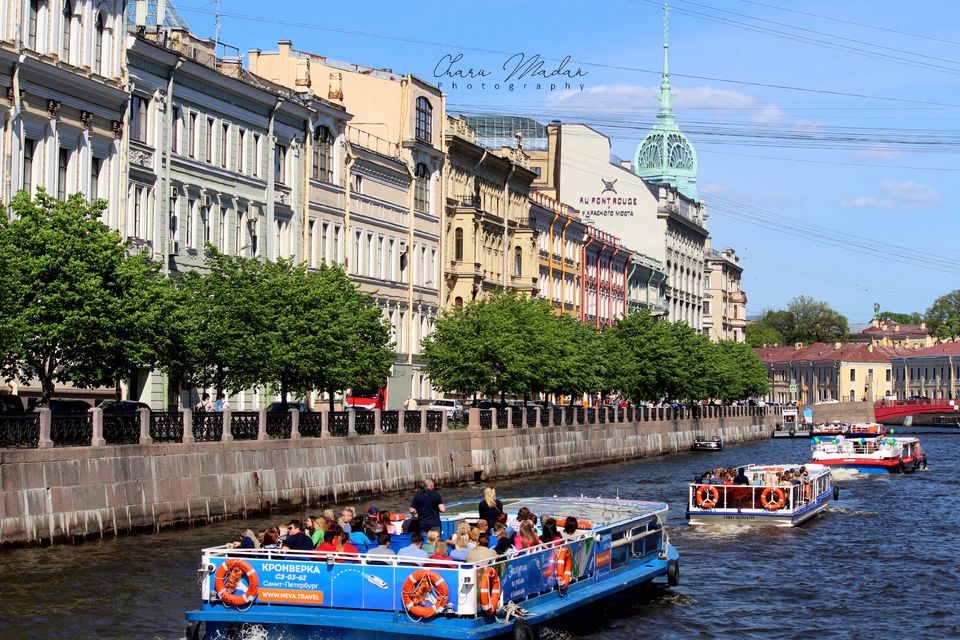 A city that is a perfect amalgamation of Imperial Architecture as well as modern structures, already sounds so much exciting. Situated on the Neva River, at the head of Gulf of Finland on the Baltic city, this beautiful city of Russia has so much to offer. Now its cultural capital, St. Petersburg was founded by Tsar Peter the Great in 1703. Between 1713-1732, it was the capital of Imperial Russia.

Well, Honestly I am person of no-plans. So, I never really had decided what places I have to go on first. But being River Moyka near to my stay, I decided to take a walk around it.

After hearing so much about its beauty, I decided to take a small weekend tour. I booked an express train from Moscow to St. Petersburg which takes about 9-10 hours to reach its destination. My overnight journey was full of beautiful sceneries and jolly co-passengers. After reaching my destination I was awestruck at the fact that they weren't lying about the charm of the place. My 10 minutes taxi ride from Railway Station to the AirBnb,made me forget all my tiredness that happened due to long hours of travel. I was totally fresh and on my toes to start my expedition around this beautiful city.

With Bright sun in the sky and mild breeze tickling the cheeks, it was a relaxing stroll. I must mention over here, tourists who wish to visit a place that feels like a city of Europe but is pocket friendly as well, must consider St. Petersburg as their Holiday destination. This urban city is well connected with a web of metro of which one token will cost you about 45 rubles. You can also rent a bicycle to take a tour around the old streets of the city which will cost you somewhere around 200 rubles for 24 hours. Hop on Hop off bus service is also available that tours around the city.

Hop on Hop off bus 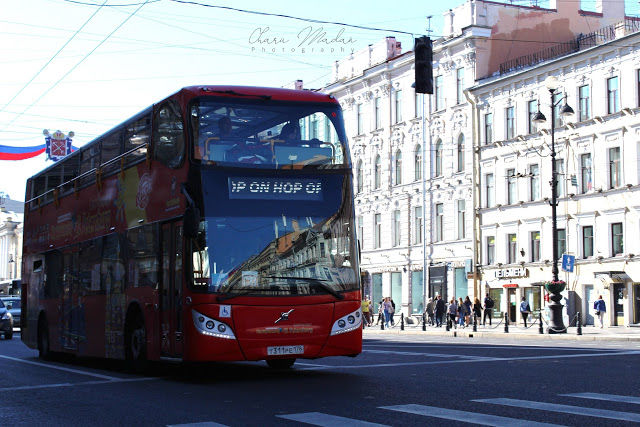 Church of the Savior on Spilt Blood

But if you wish to have a birds eye view, many tour operators provide a helicopter ride as well.

Now coming back to my stroll, while walking a little ahead I reached this marvelous structure named St. Isaac's Cathedral. Ordered under the rule of Tsar Alexander in 1786, it took 40 years and 10,00,000 Gold rubles to construct. It is one of the largest orthodox Bascillia in the world. 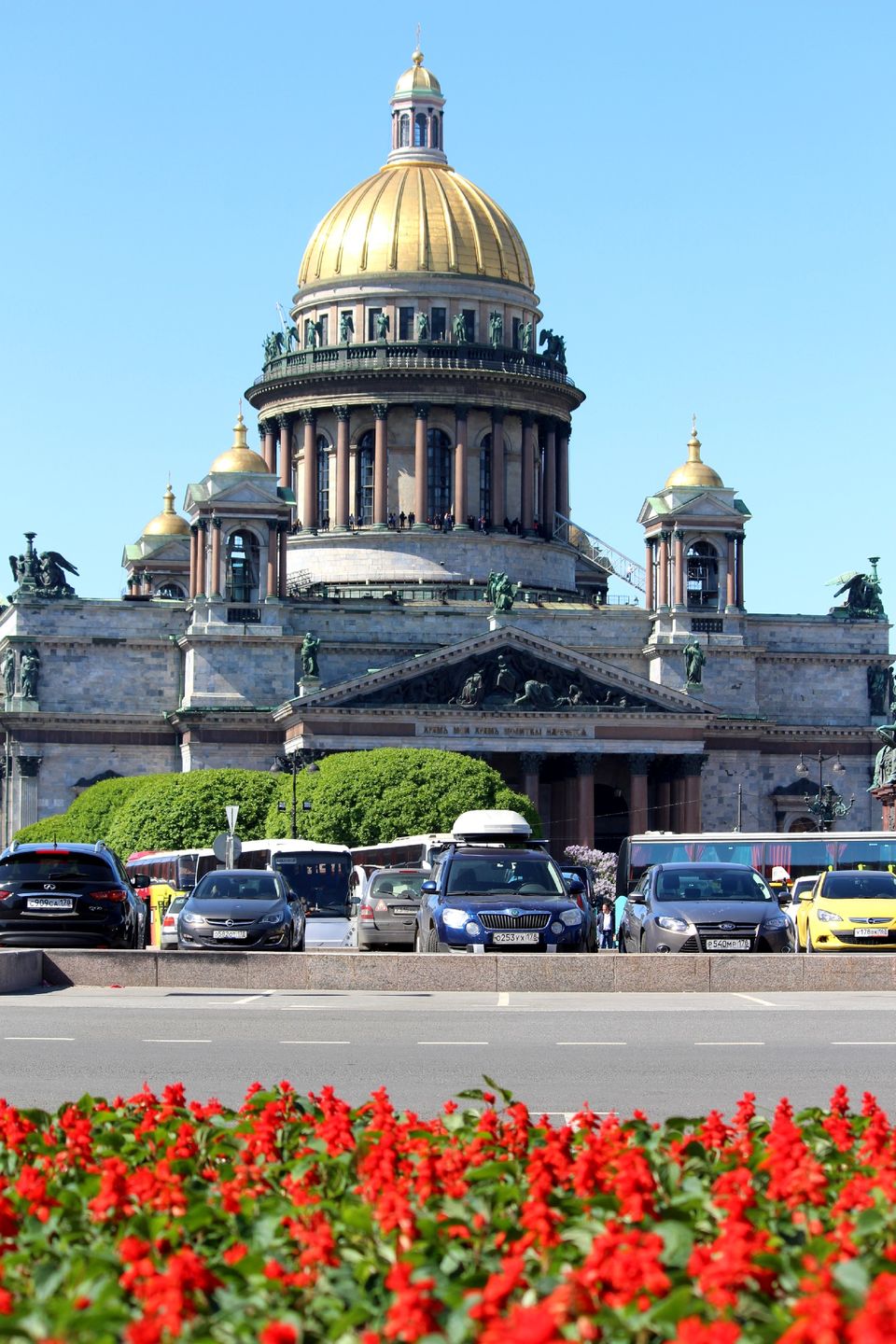 Moving ahead, painted in bright blues and white,Winter Palace being the central attraction, never fails to impress the onlookers. It used to be the favourite resting place of Tsars of Imperial Russia.

On the bank of river Neva, one of the largest in the city you can see Hermitage (the very first and oldest museum of St. Petersburg) It is beautifully Lit up at nights. Due to very less time in my hands, I couldn't go inside the building. 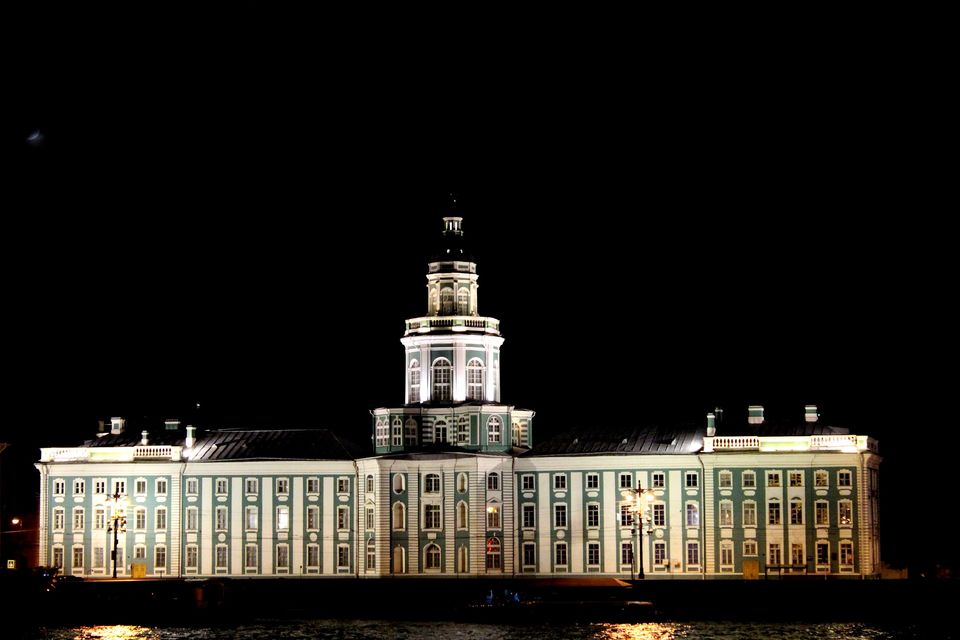 The city is having a night life worth experiencing. One won't be exaggerating if they say that this city never sleeps. Well neither does the sky in summers.

Lively streets, happy people and relaxing atmosphere. You will find instrumentalists and local artists at every public space, winning hearts and attention of people. 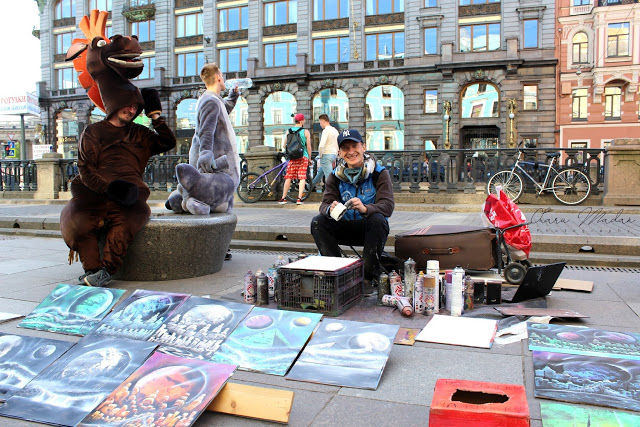 What else one needs to spend a memorable holiday?