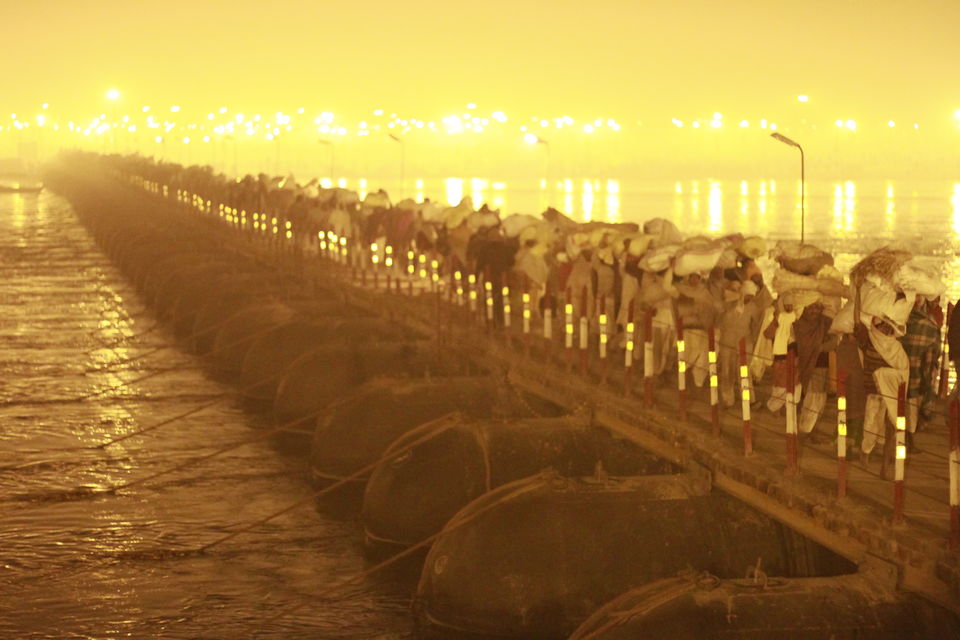 A new chapter for my relationship with India was opened up after my visit to Kumbh Mela, this is probably when India for me became not just a country with great food, friendly hospitable people and cheap and excellent rum. It became something else. For those who don’t know the Kumbh Mela is a religious carnival, which is also the biggest human gathering on Earth can be seen from space.

By some of the estimates, over the course of a month it was over 100 million pilgrims who visited the intersection of the three sacred rivers the Ganges, Yamuna and Sarasvati, next to the city of Allahabad in Uttar Pradesh. I went there for the main event with a group of adventurous tourists, and it was about 40 million people in one tent camp, which was bigger than any other city on Earth at that point.

I had an amazing outlook on India, interacting with the people from all over the country. In addition to that, I learned more about Hinduism and its practices and even though I count myself as non-religious I still believe in the supernatural or transcendental and this whole thing had a great impact on me.

Also, it so happened that while I was on my way to the Kumbh Mela, my grandma fell down and injured herself and by the time I got there she died. So this whole pilgrimage I saw from the prism of being affected by her death. The Kumbh was fascinating and filled me with controversial feelings and ideas. After three days of intense adventures, I came back to Delhi to recuperate. A couple of hours before we got on the train, 70 people died in a stampede trying to get into the station.