Hidden From The World

Hidden from the world 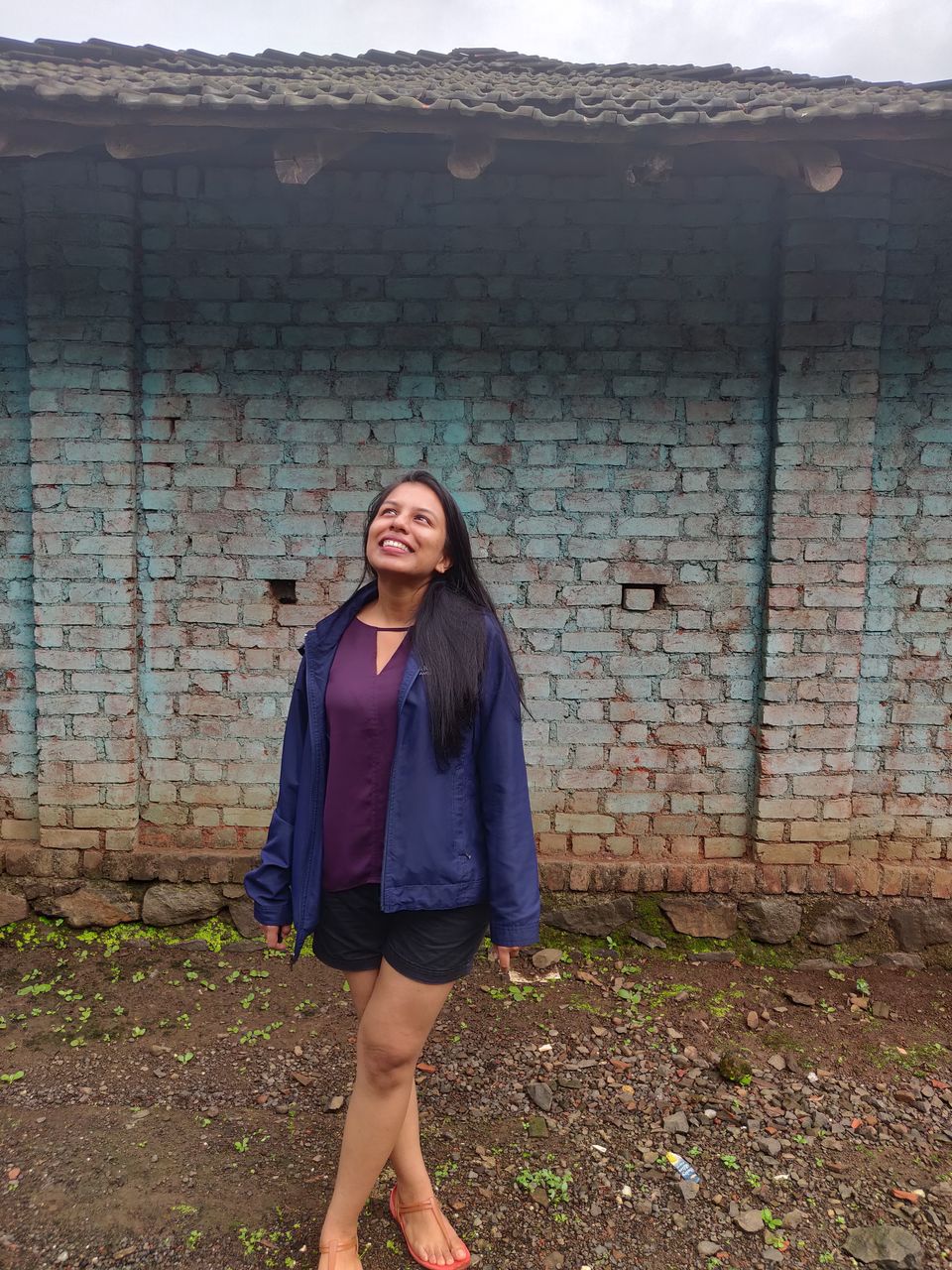 Fueled by the will to escape the humdrum affairs of a corporate life and my wedding planning, I ran off to a small village called Zadpoli, based in the Palghar district of Maharashtra. With two weeks in hand and no itinerary in mind, the lush green region was my canvas to paint, with colors, often robust and sometimes lazy.

I was welcomed at Hideout, a homely farm stay which was to be my abode for the duration of my trip. While my hosts were old urban acquaintances who had now chosen the rural life, the staff and the adjoining properties housed the tribal community of the region. I was just two and a half hours away from Mumbai but in a whole new world. 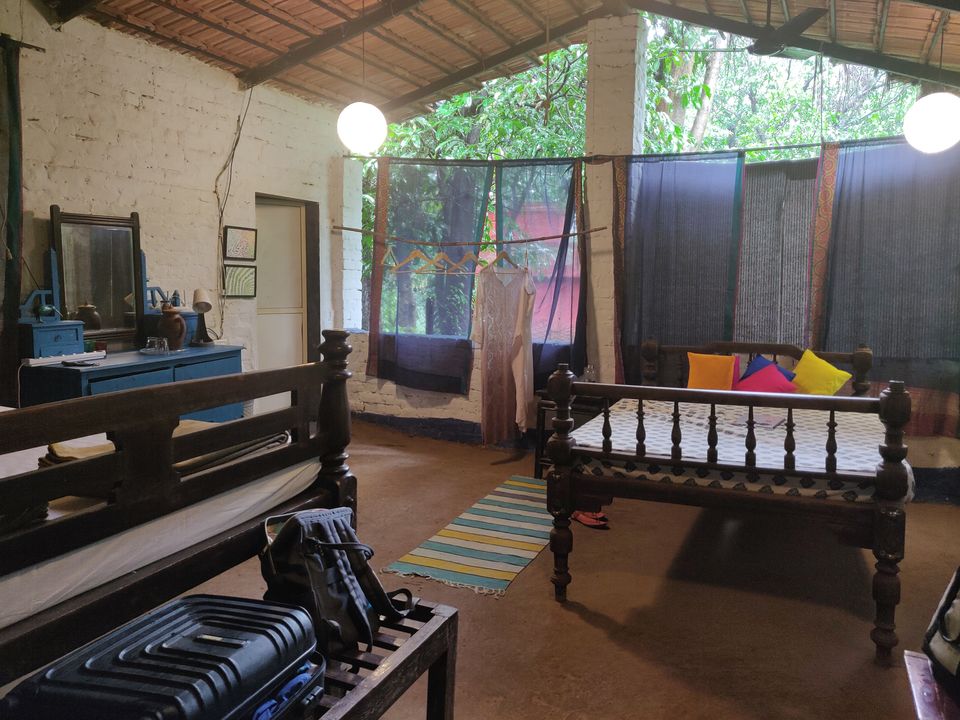 For the first few days, I spent time by going on walks around the farm, in the village and on the nearby state highway. The farm stay and village offered a bedlam of voices. Chickens clucked outside every house while dogs barked to mark their territories as I walked by. Some children could be heard repeating lessons from the school window while the others could be heard chatting with their peers with their younger siblings resting on their jutted out hips. Chirping of birds dominated the day while crickets were the kings of the night. The crickets only had one overlord. The incessant pitter patter of raindrops on my room’s roof. I acted as a sponge, soaking in all the melodies that came my way. 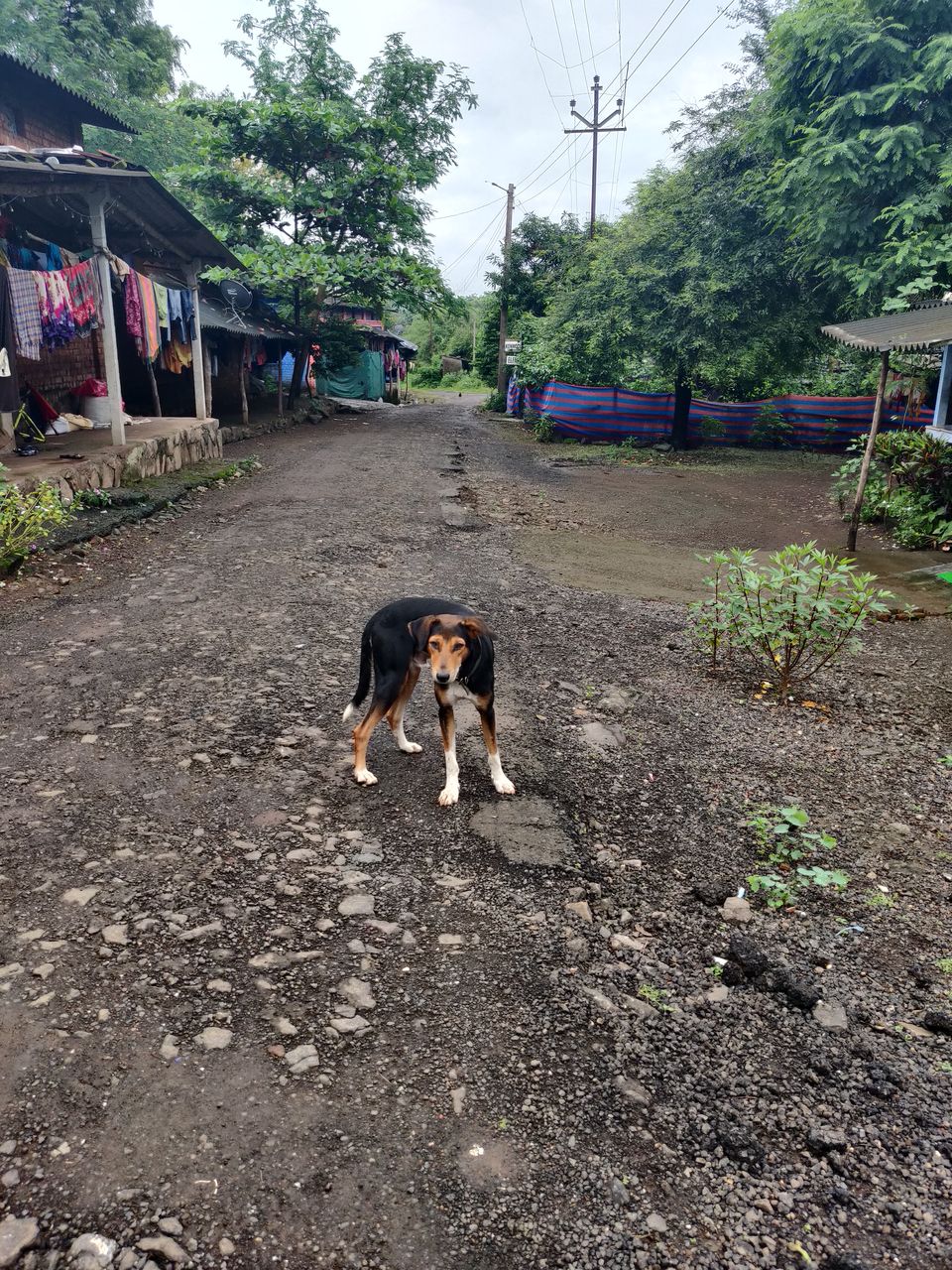 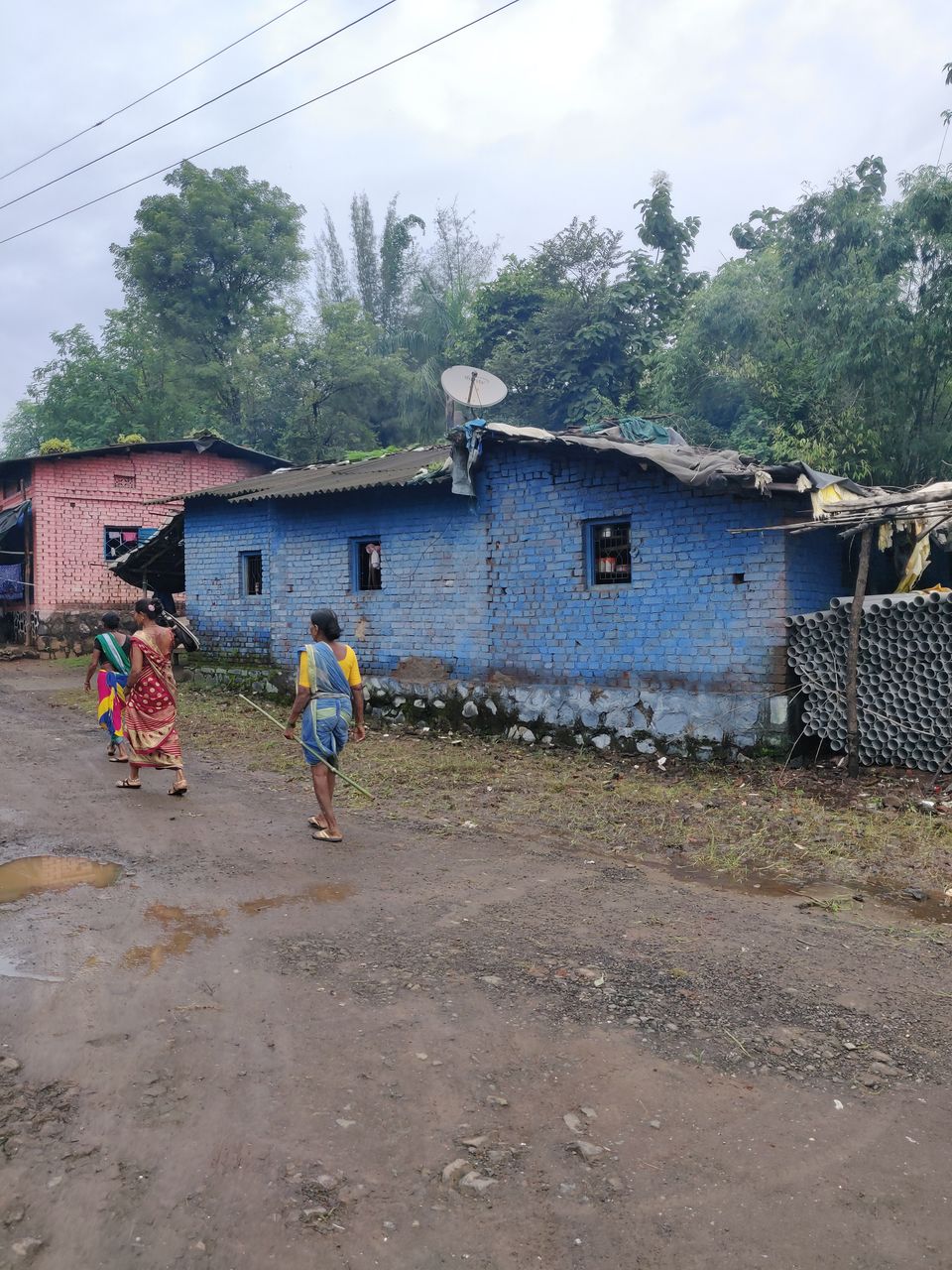 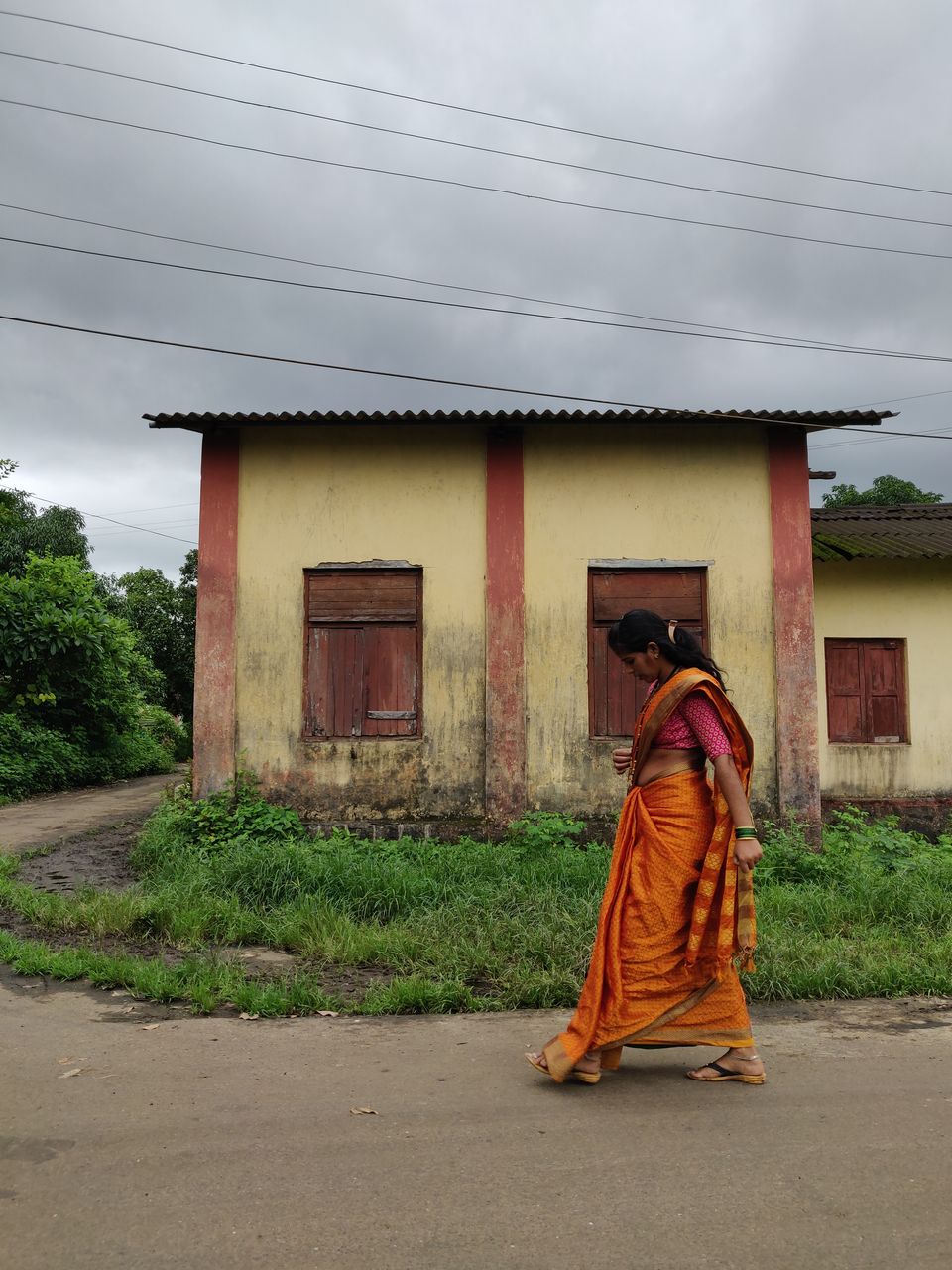 Children carrying their little siblings around 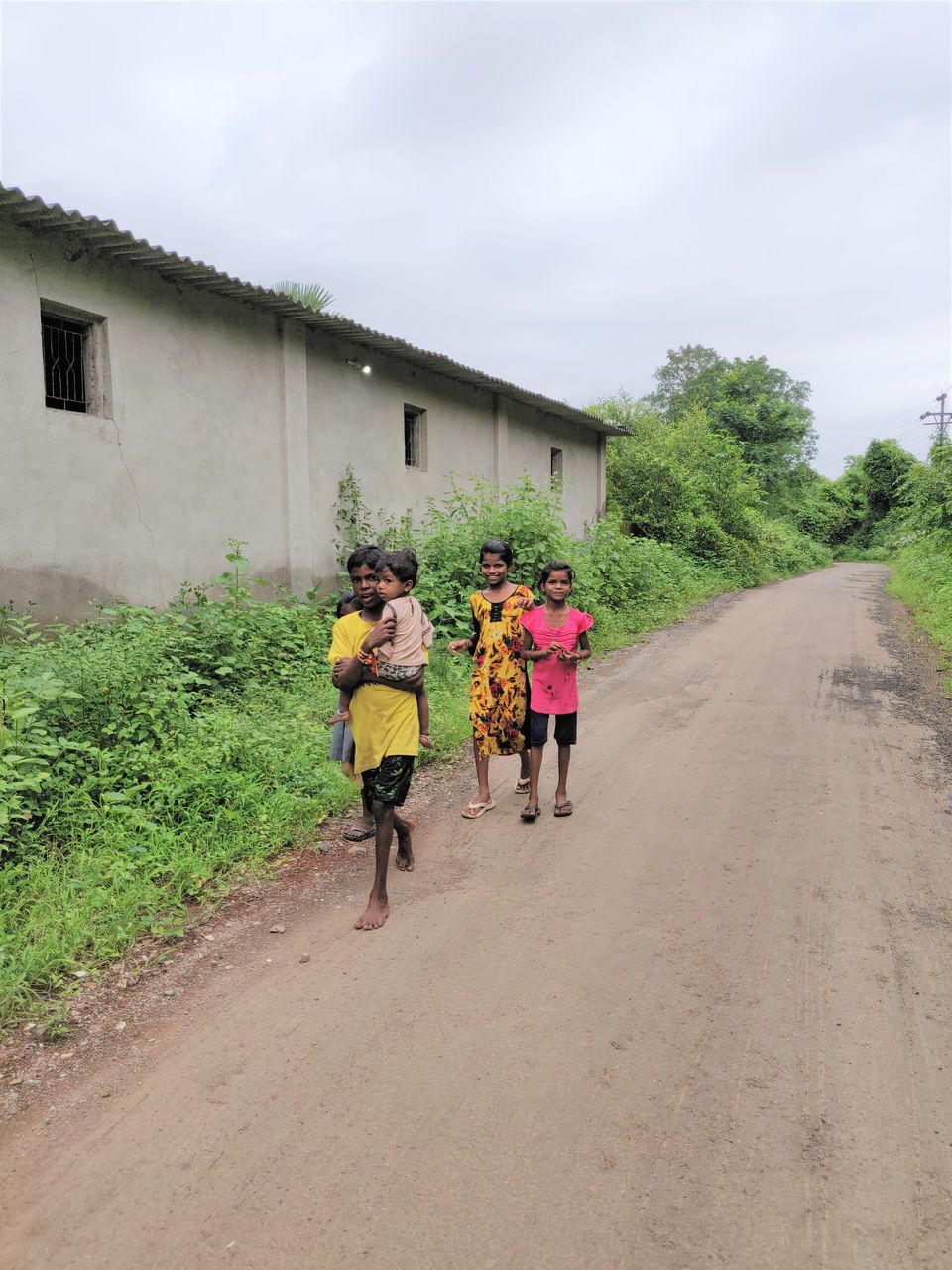 However, melodies weren’t the only senses I was soaking in. The fragrance of a plethora of vegan food items tickled my taste buds too. I had a culinary experience like no other. While I had gone to the farm with a mindset of eating organic food, what came as a surprise were the wild vegetables. The community at the farm is very well versed with which vegetables are edible. Wild vegetables come with numerable benefits. They are organic by default, are nutrient-rich and immensely flavorful. The dishes which stood out were the Stinging Nettle soup, the Wild Mushroom soup, the Hibiscus Leaves Kadhi (Curry) and Hibiscus Flower Peanut Chutney (condiment). 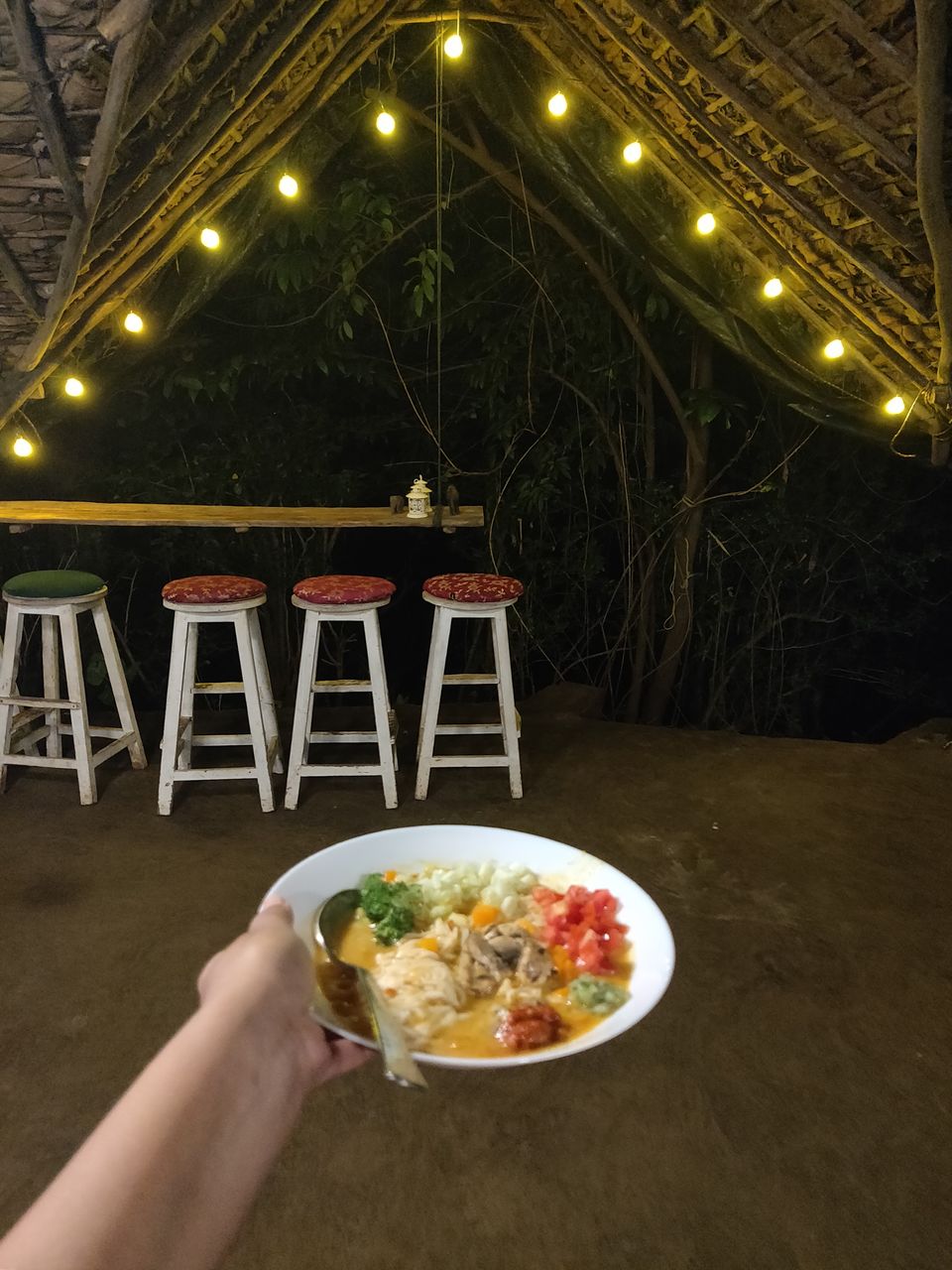 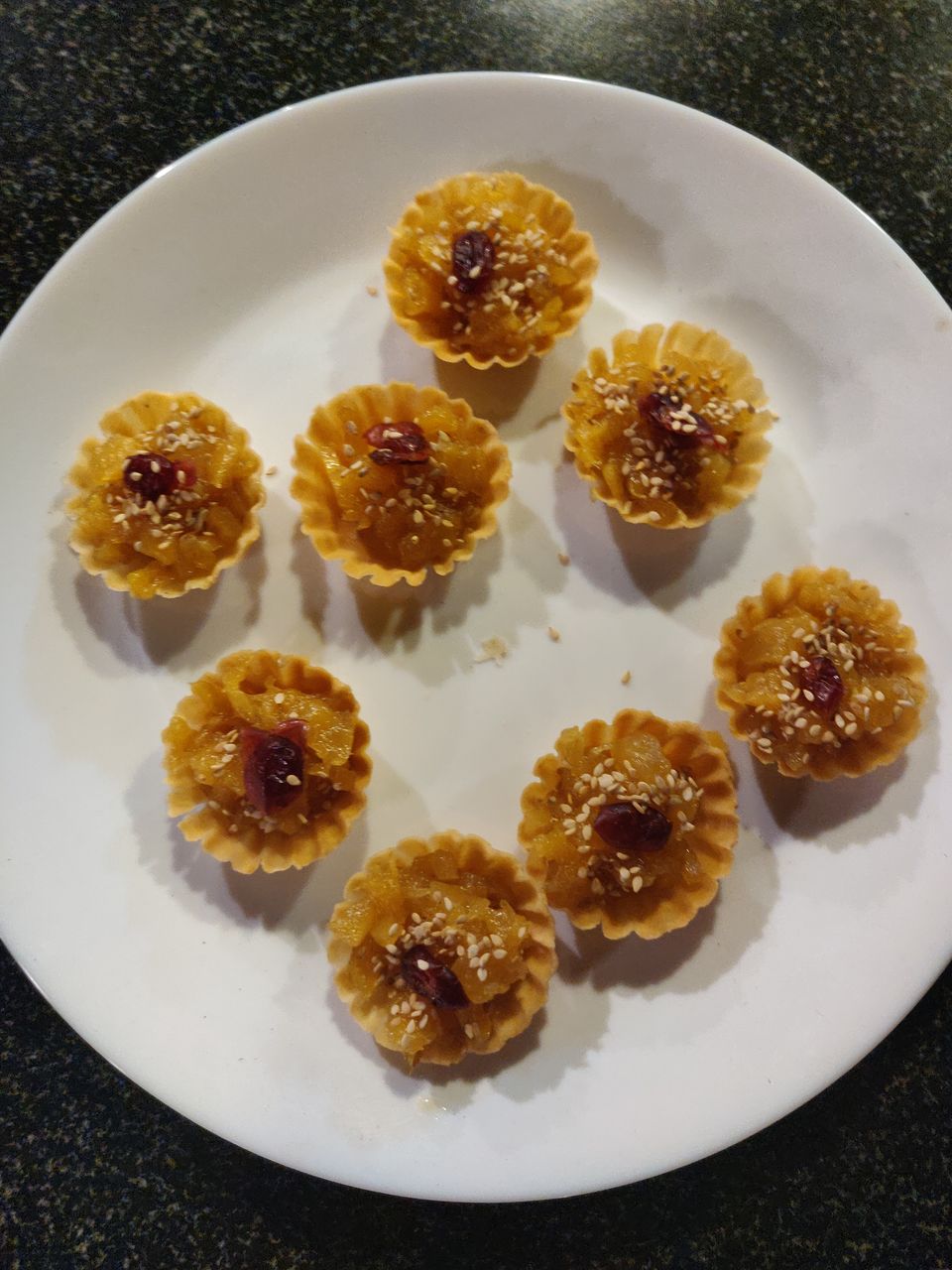 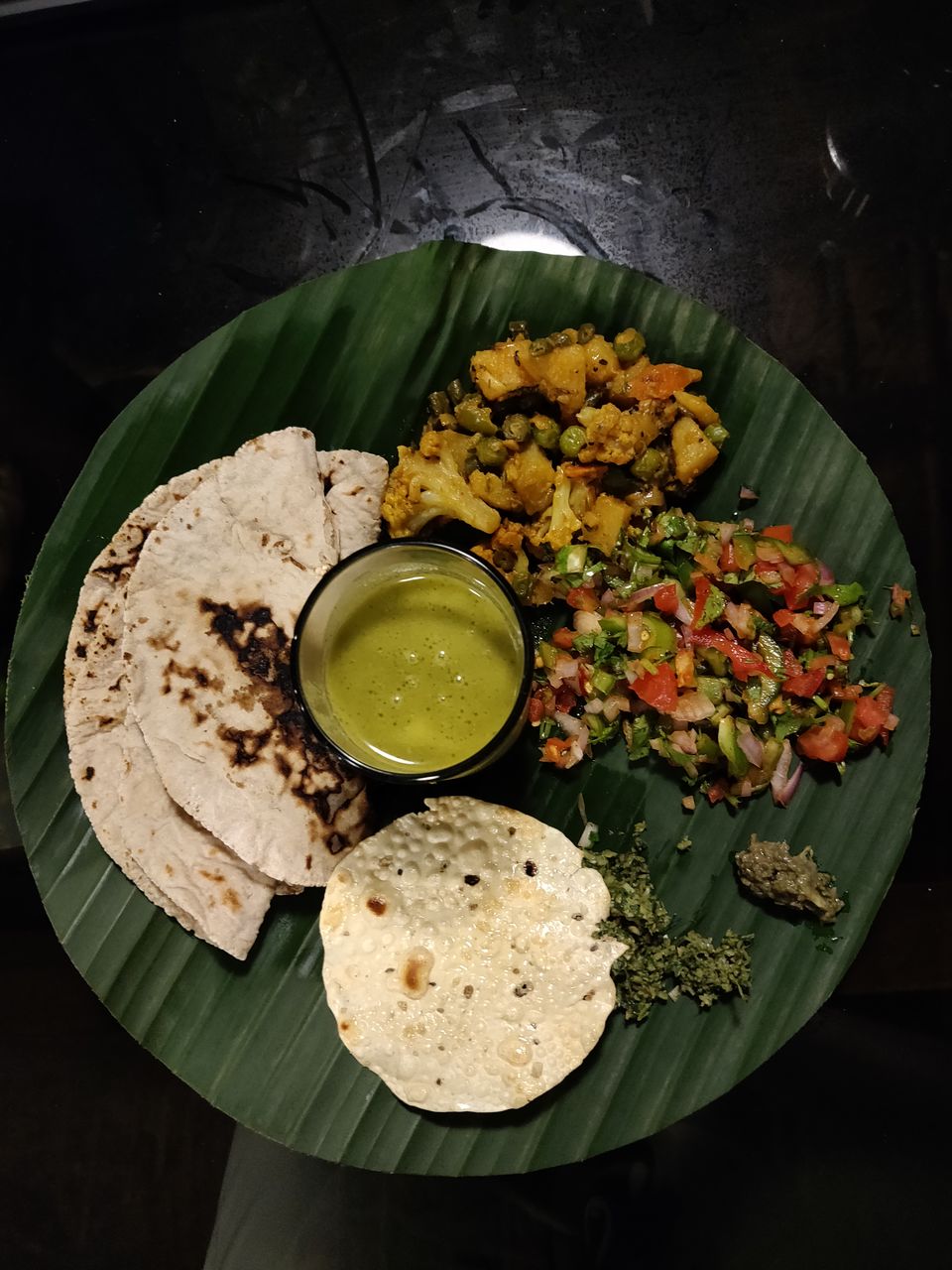 The topic of meals provides a good segue into the ‘farm’ aspect of the farm stay. The farm at Hideout has been fourteen years in the making and has borne great fruit (quite literally). I definitely went there for their passion fruit but even the bananas came as a surprise. The organic fruits and veggies packed ample flavor and punch! 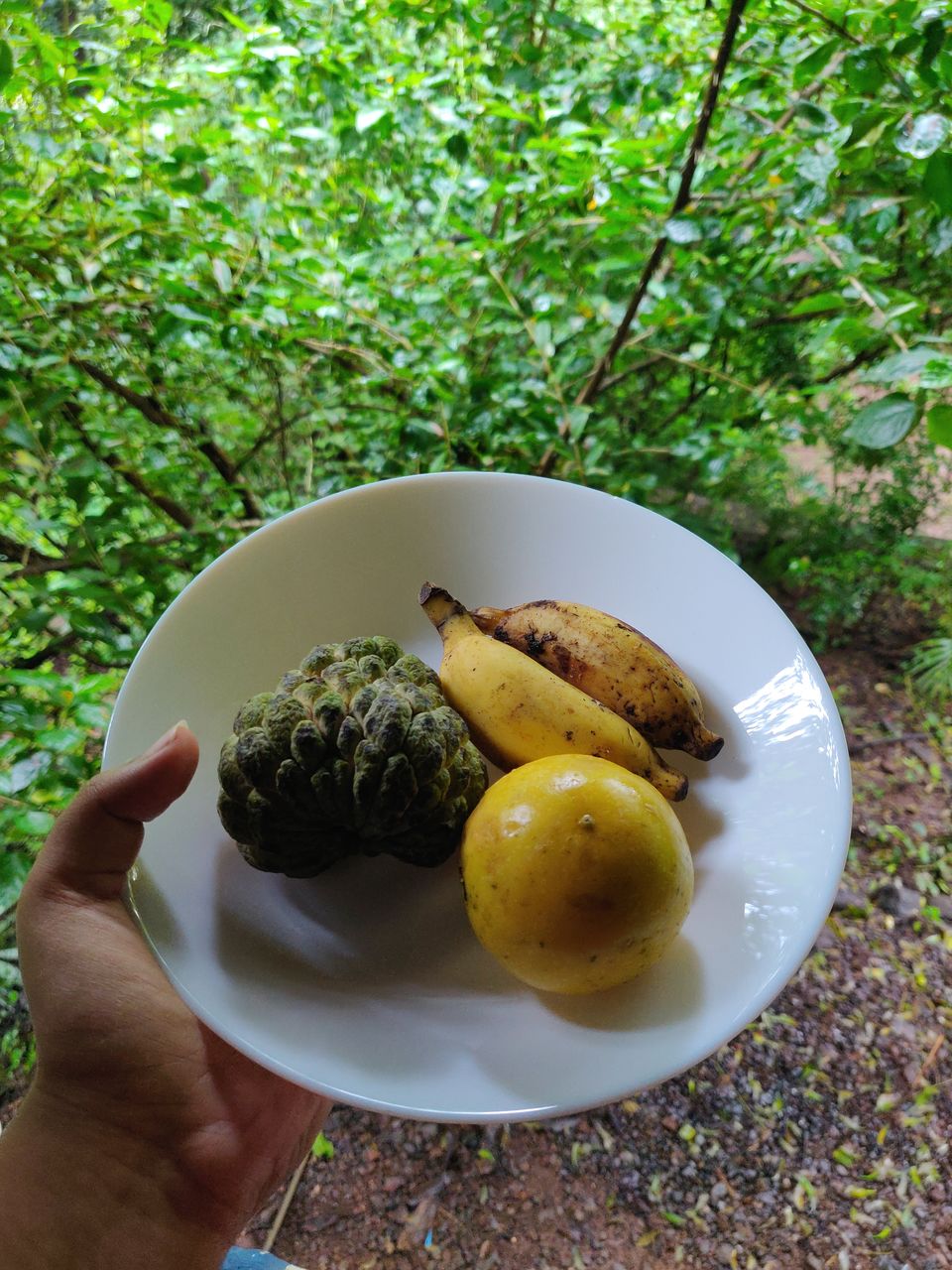 Gradually, I moved out of the premise and explored the offerings of the region. For a couple of days, my parents and dog joined me on the trip. First, we visited the Moho Khurd Dam. The reservoir doubles up as a lake with a vast expanse of wilderness and great calm. Visitors can either swim in the lake or soak under the waterfall that the reservoir creates. In any case, it does not disappoint. The major factor that stood out to me was cleanliness. Except for an occasional plastic wrapper on the sidelines, the water body was pretty trash-free, thus enhancing the experience. 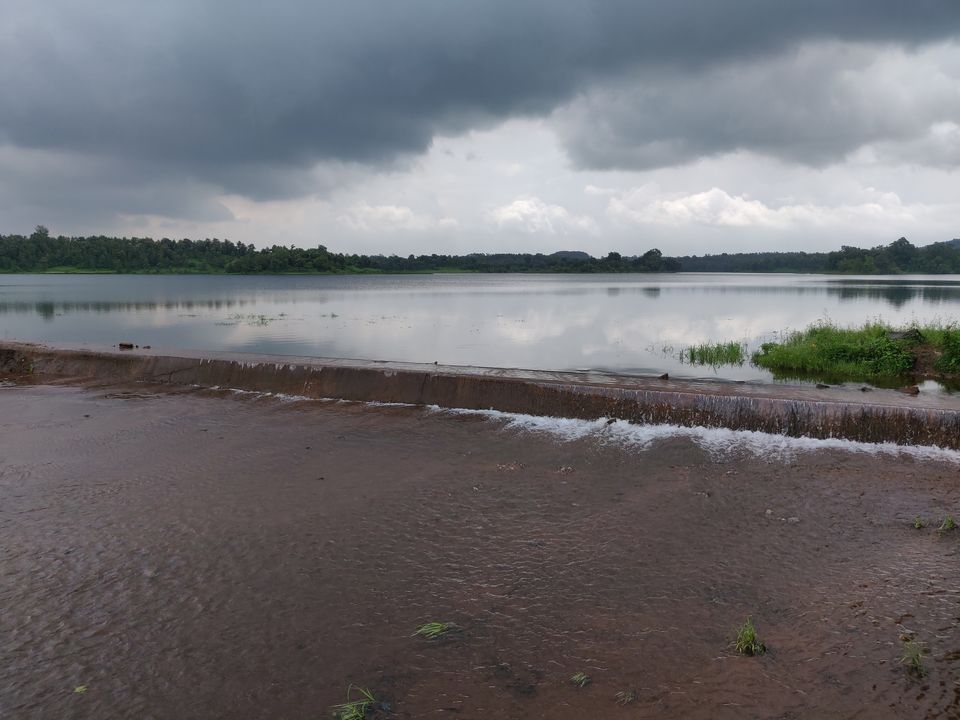 The next day, we drove with an ascent for about an hour to reach Jawhar. It houses the only structure of historic significance in this geographic region: the Jai Vilas Palace. While the palace has not been converted into a museum yet, the caretaker gave us a tour of a few key rooms for a small fee per person. He started with the foyer where he shared a brief history of the palace. The palace was built in 1940 by Yashwantrao Mukne, the monarch of the tribal community in the region. Yashwantrao Mukne was a master of many skills, one of which was painting. His art work includes paintings of his wife and the palace and now adorns the foyer. 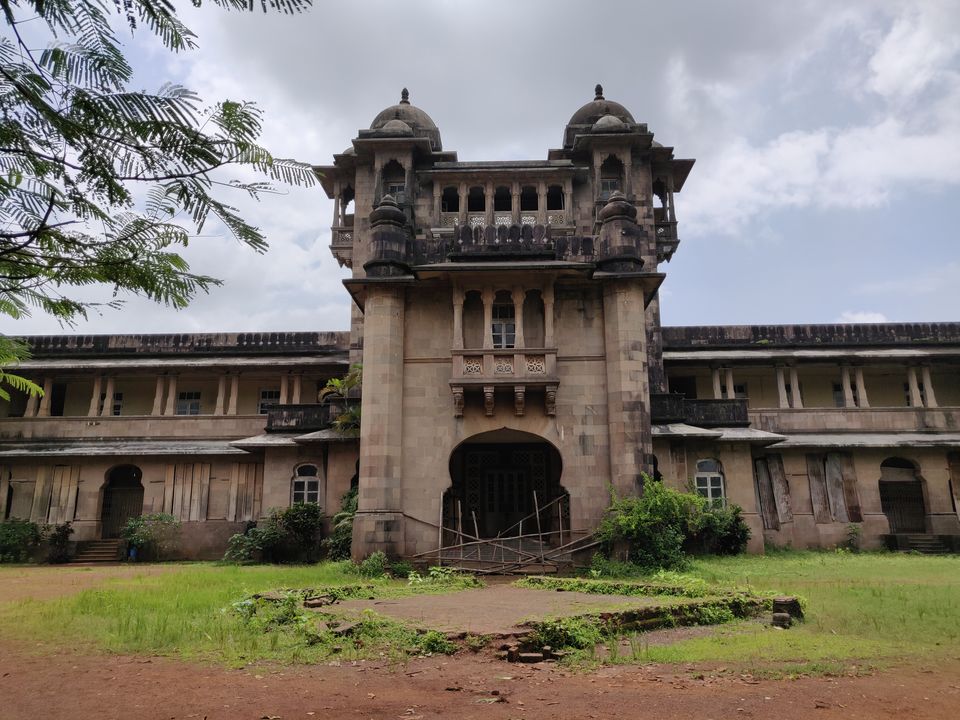 While having the palace constructed, Yashwantrao aimed for it to be a home to his grandson. Thus, when we headed upstairs we were greeted by multiple bedrooms and a nursery. Since Yashwantrao studied in England, his ties with the region were evident with the teak wood furniture found in all the rooms. His own bedroom had matching wooden furniture with the king-size bed (get it?), night stands, dresser, dressing tables, lamps and the couch, all belonging to the same set. The circular mirror was a beautiful finishing touch. His room also had a Concert Grand piano, which indicated his interest of music.

Yashwantrao dedicated a large room for the nursery of his grandson Mahindra Singh Mukne. While sage green is all the rage today, it dominated the color palette of Mahindra Singh’s nursery. The furniture again was from England and can easily be distinguished from any other of its time. The dresser was decked with adorable baby goat panels while the rocking chair and the bed had their own set of animals. The element that stood out was a matching stove, dedicated to the nursey. Near the ceiling, the wall had panels of little planes, which as the guide informed us was a detail added by Yashwantrao, since he knew how to fly and loved it.

The room just above the foyer, had a balcony with a glass door set in a wooden frame. It lined directly with the telescope for a line of sight with the sky. I can only imagine how pretty that must have been, given the lack of air pollution back in 1940. The rear view of the palace is equally enthralling. It overlooks a valley of endless green made up of forests and farms.

Over the last few days of my trip, I befriended a fellow guest family at Hideout. My new friend was a model by profession and was visiting the region with her two children. Her husband was a ship captain and thus was at sea for many months at a stretch. Thus, the mother and her children were well accustomed to go on short trips to break out of the city life monotony.

I talked with my new friend for hours. It felt like I had known her forever. It gave me an insight into her modelling projects and how she was proud of this career which she had just started two years ago. We also openly talked and laughed about tabooed topics and the evening felt inspiring and empowering.

The next day, me and the daughter of our hosts, joined our new friends as they headed to Dehrja River, which was a 10 min drive from Hideout. In terms of the natural beauty that the region offered, Dehrja River had to be the highlight. As soon as we reached there, it started drizzling but the rain gods were just getting started.

A few women were washing clothes by the small dam constructed on the river, but that water only drained in the central part of the river. The river was wide and the water flowing on the sides was pristine. With our footwear in our hand, we jumped over a few rocks and waded through the water to reach a spot in the stream where pace of the water packed enough fun but was not risky at the same time. We plopped our belongings on the patch of steady ground near us and immersed ourselves into the magic that the rushing water brought with it. We were hit by water on all sides, including from the top, since the dark clouds which were holding back till we settled in, had finally given in.

We splashed, we played, but most importantly, we lay. The water entering my ears, muted all the other sounds, making me feel the most peaceful that I had felt in years. The temperature was just right and it felt like nature personally drew a bath to pamper me.

My last few days on the farm were spent reading. I was reading the book ‘Sapiens’, written by Yuval Noah Harari. He talked about how Europeans ventured into new lands, learnt about them, eventually took over them and destroyed their people. The story of Hideout Farm was similar but yet so different. When the hosts Sangeeta and Hemant Chhabra moved to the obscure village of Zadpoli, they could have set up a commercial establishment with a consumerist mindset and faded out the the rusticness of the place. Instead, they chose to make an organic produce haven to act as an escape for city folk. They integrated and employed the tribal community and adopted all sorts of animals. In the evening when Sangeeta aunty calls all the ducks back to the coop, it feels like a mother quacking out to her children. After all, the farm and all its plants and animals are one big family.

Grand-daughter of a staff member at Hideout Farm Stay 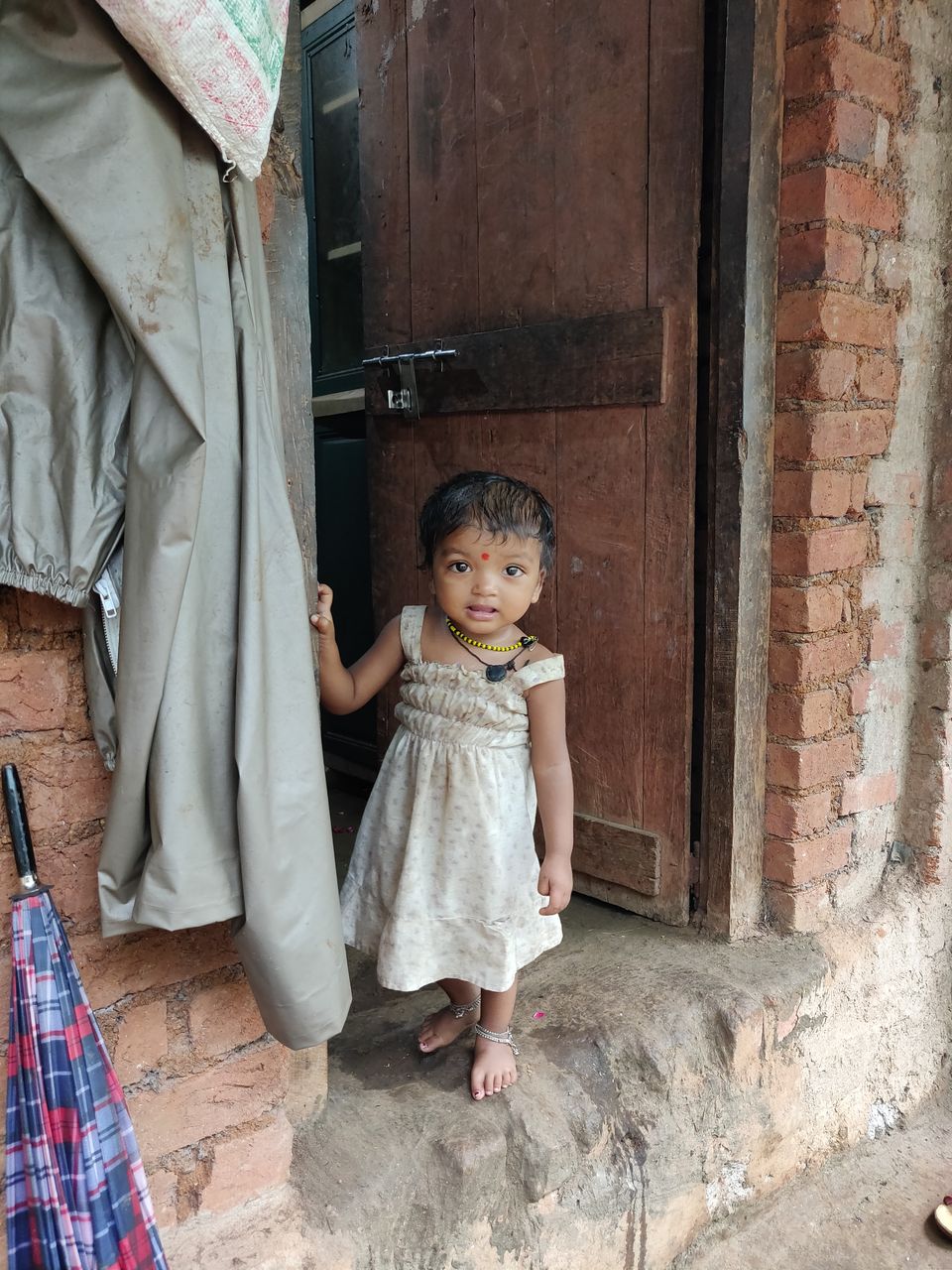