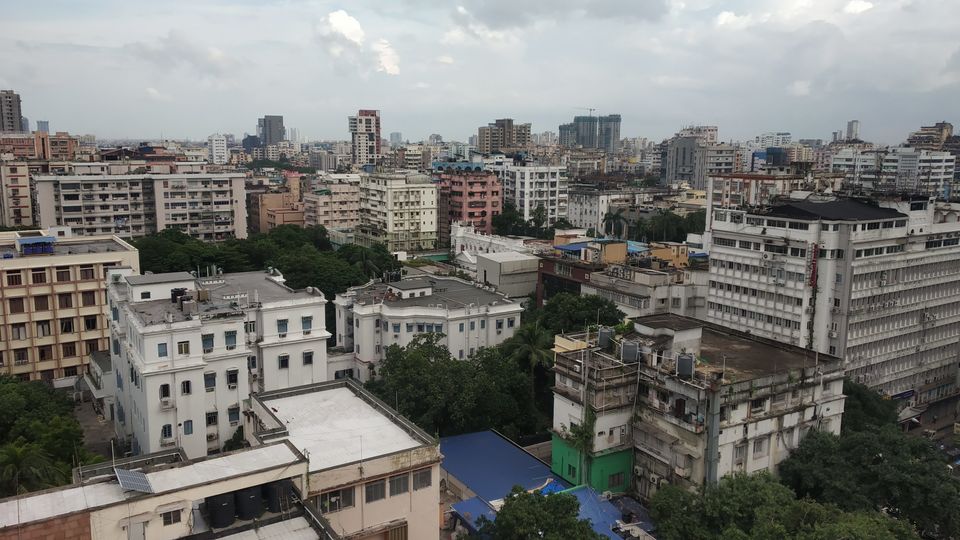 In the end of a beautiful evening ,it was a proud moment for me altogether as I have reached my last destination of solo trip of east coast.Getting out through the crowd and finding an exit is a cumbersome process.Outside welcomes you taxi and autoriksha drivers with eagle eyes .I had booked my room ,so I have to reach there at time.I bargained with some of them which was a waste of time.When I checked online on ola it was half the price.I had to walk a km to catch that taxi though.To say with all delight,Howrah was a Magnum opus to see ,i was putting my head out of the window to see how beautiful she is.20mins & i had reached my destination.Taxi driver gave me a bye and smoked the engine & I'm in middle of Russell street without a clue about my dormitory (bombay backpackers). 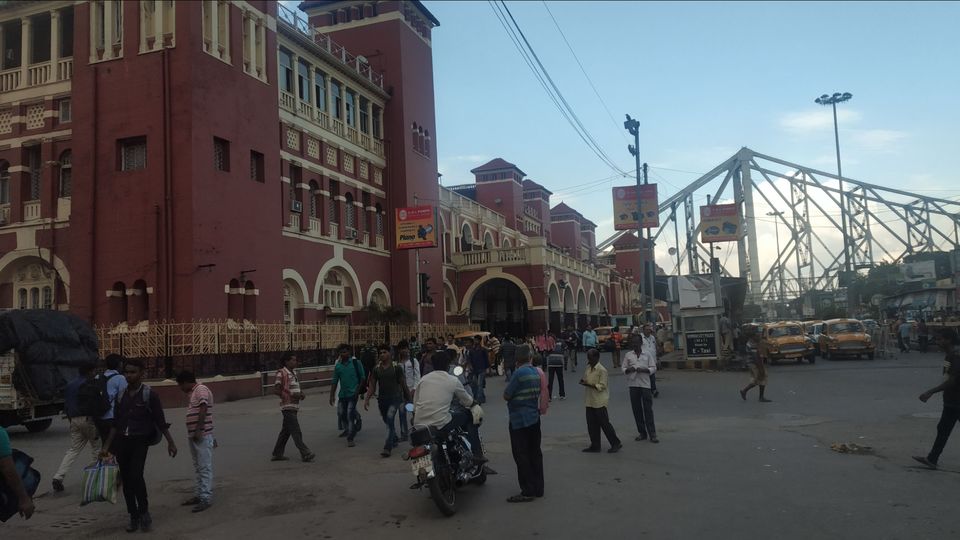 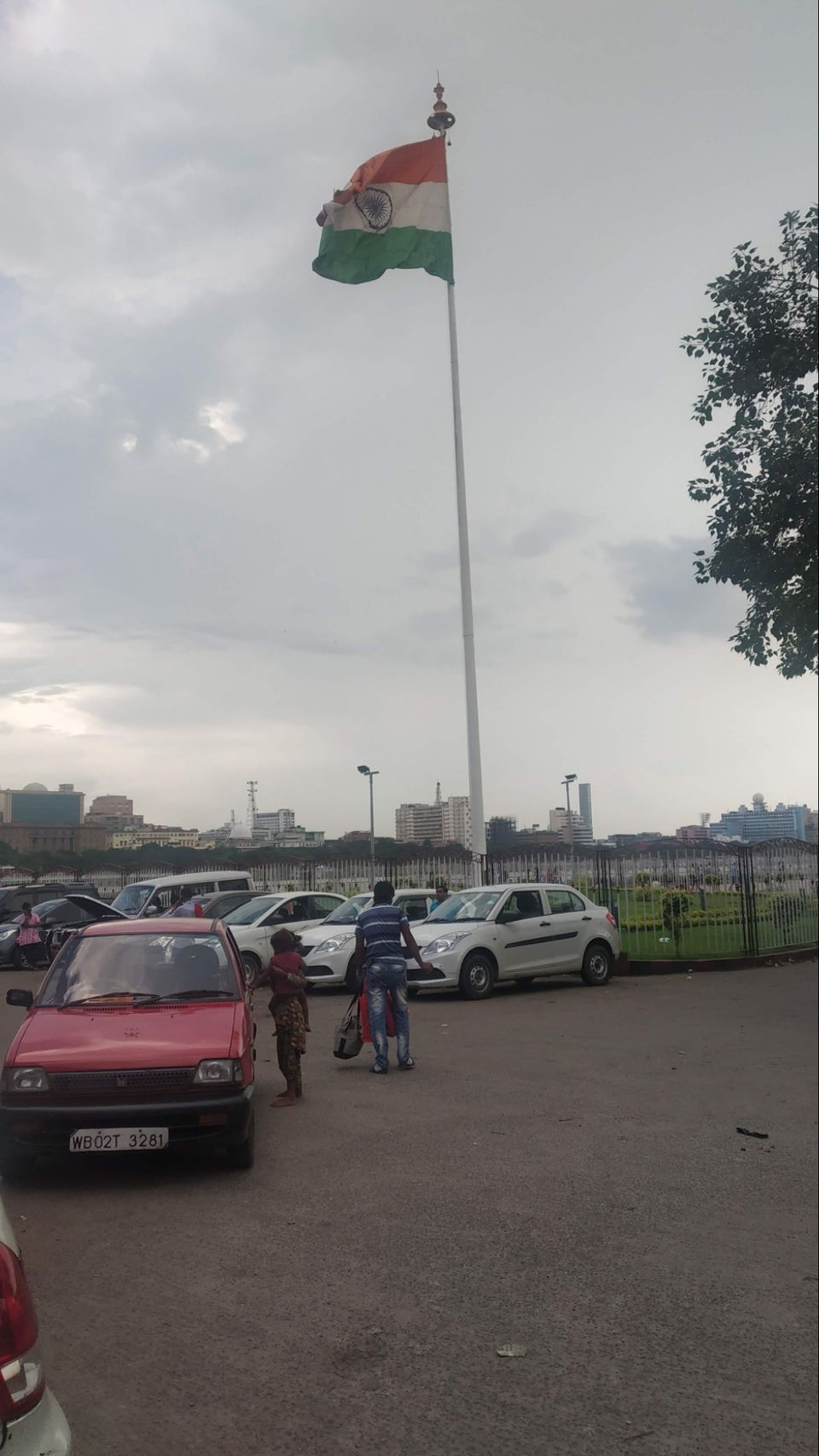 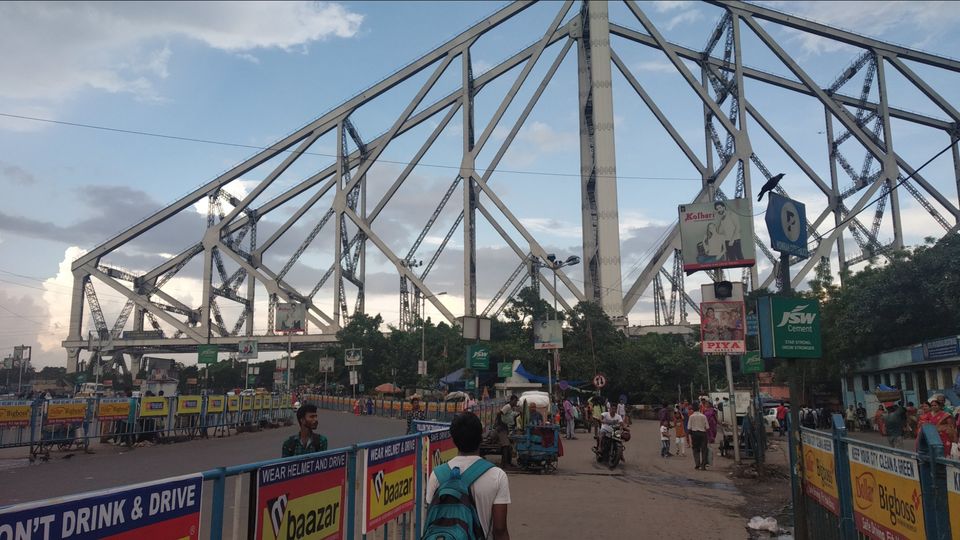 I found the contact number,and they directed me on reaching  the dormitory 15 floor up.On filling the forms i asked ,i didnt find any board or sign boards outside.He replied it's to avoid locals,& i was 😁.Paid a ₹1000 for 2 day stay in ac dorm.
Later only i found that it's  me is the only indian in the room.

After setting my bed on top ,under which a Chinese girl was sleeping was a tiring job, without shaking or trembling.Had a nice bath in common bathroom and had the famous nizam biriyani with boiled masala potato indeed.Had a little snap nap in the while.After had some talks with sapiens out there.Our dorm manager had a nice plan for night.He asked us to come for a night walk around the street through its all vibes. 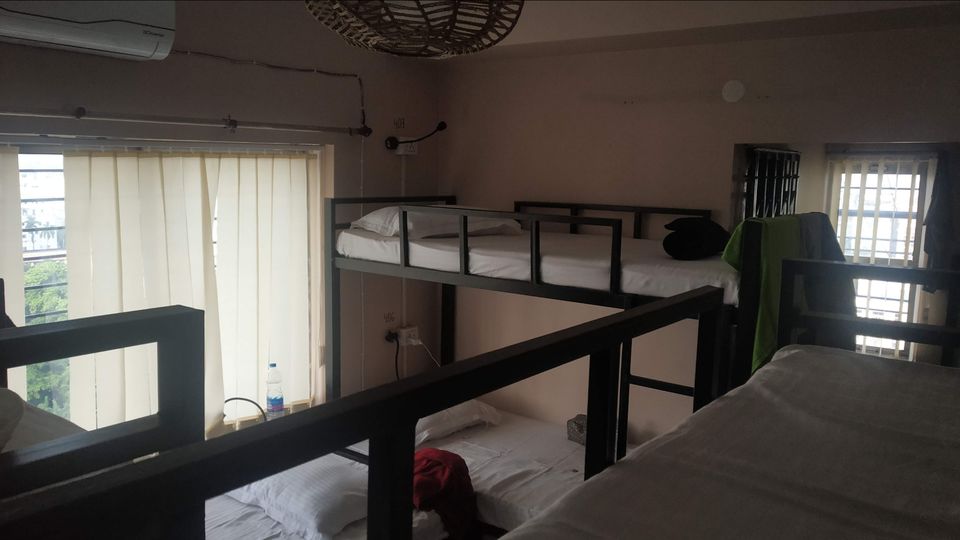 Memory i cherish for ever 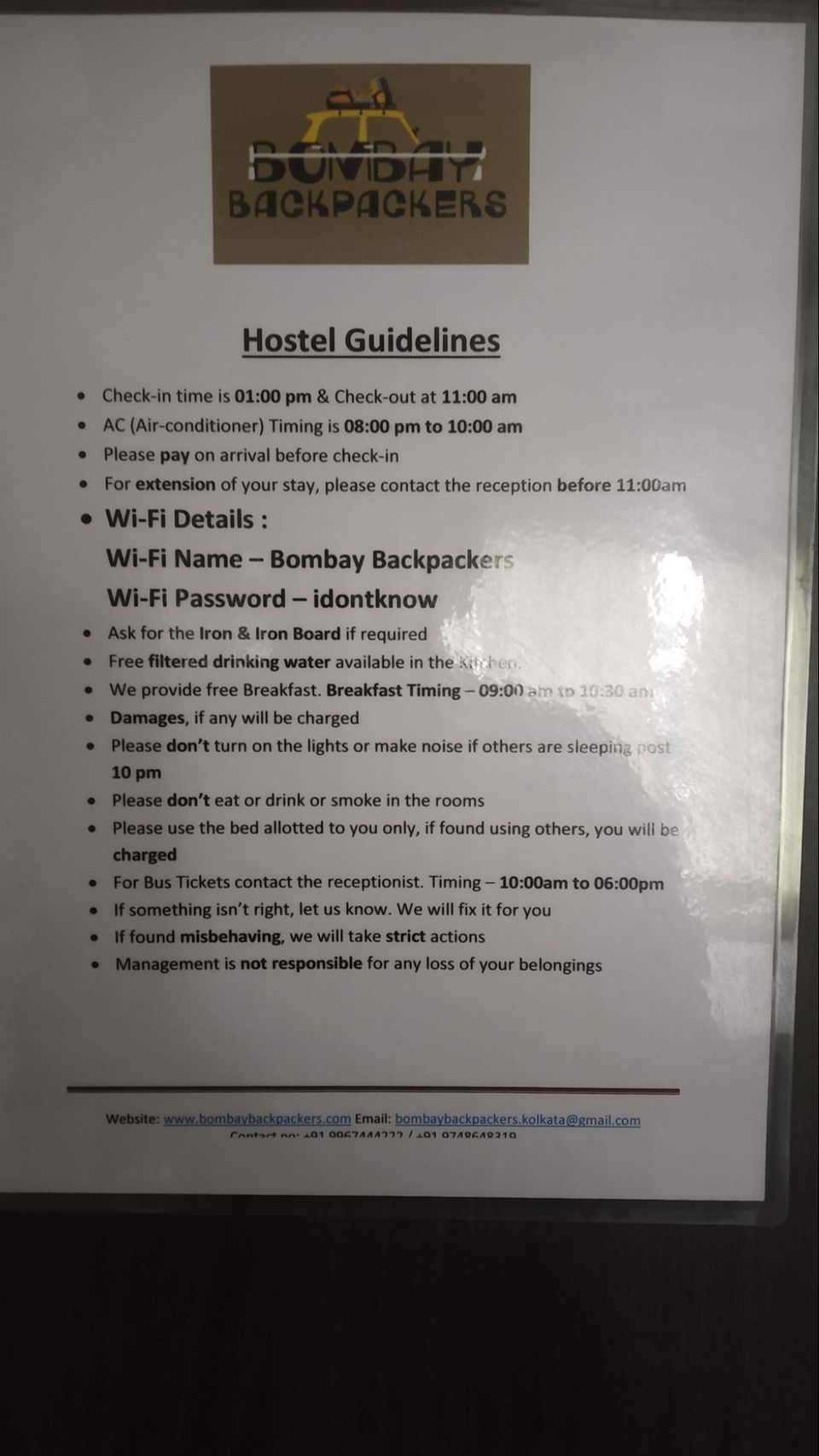 And at middle of night  we were roaming around the streets which were delight for eyes .Feels like you time travelled to 80s or 90s ,a mix of old with a coat of newness.Had some kathi rolls on the way .I still remember we went inside 'pub 13' which was first of my such memories.Every lights and staff there were dancing with the music .Had some nice cocktail 😍 .After some long talks we continues our road running 😄.At the last minutes of that day we entered a pub with dancefloor which is about to close.And what ...It was not young guys dancing.Its people of 40s and above who haven't lost there youth is.Our manager pushed us from behind to the dancefloor.I was not having any hesitation,i just put some  steps of my own 😂.And putting a end to the brightest day of my life we returned back to bed with a feeling of fruitfulness. 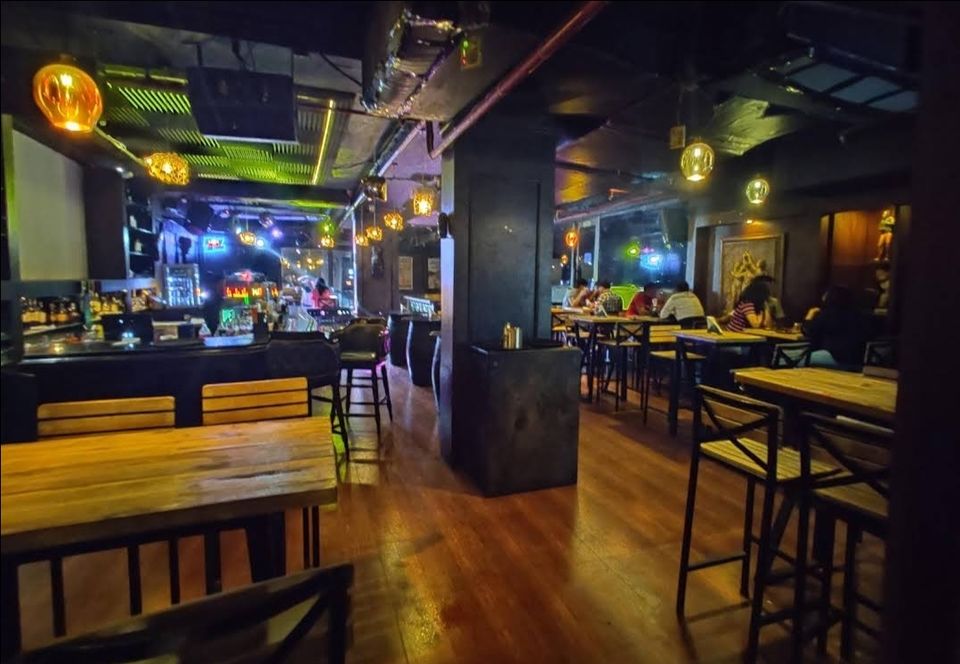 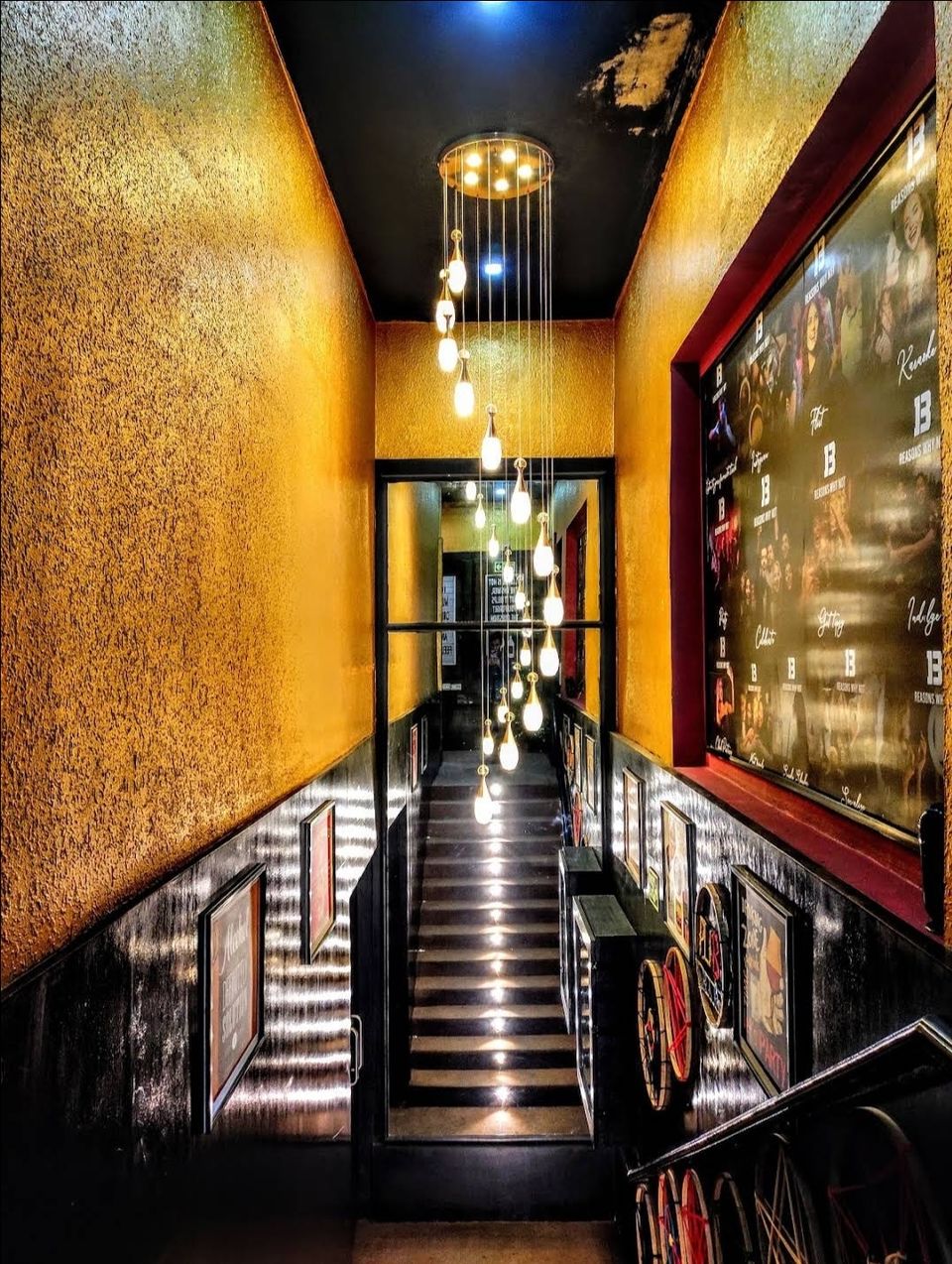 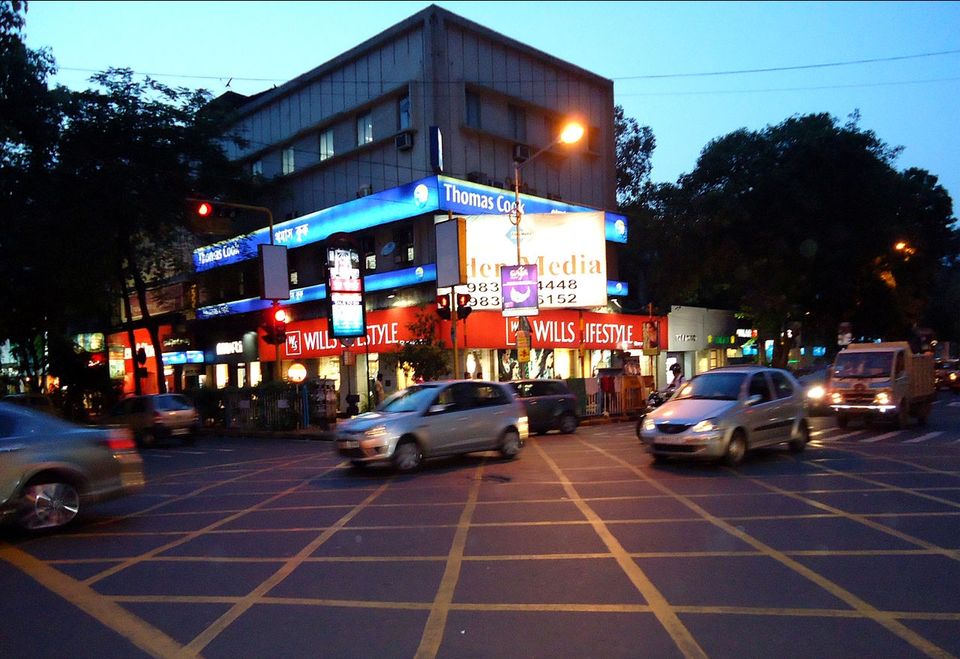 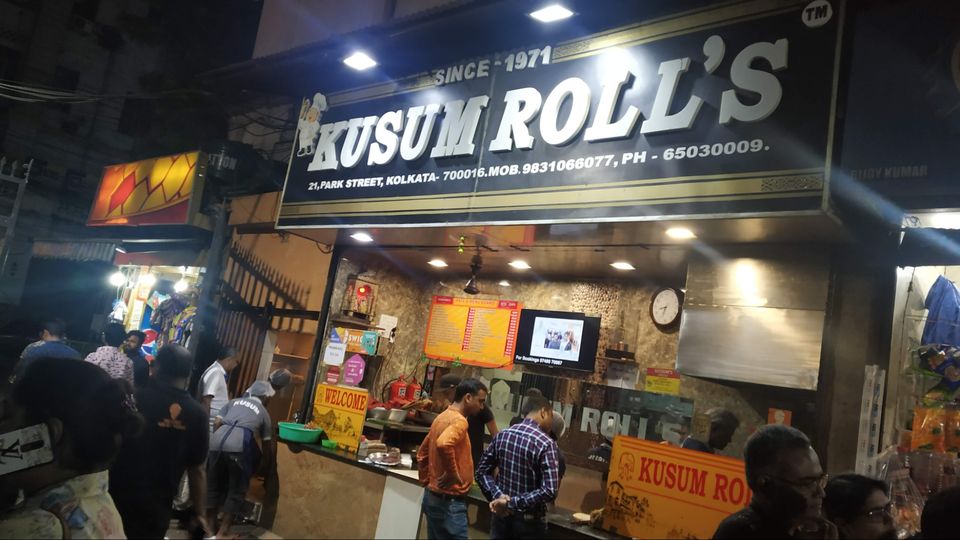