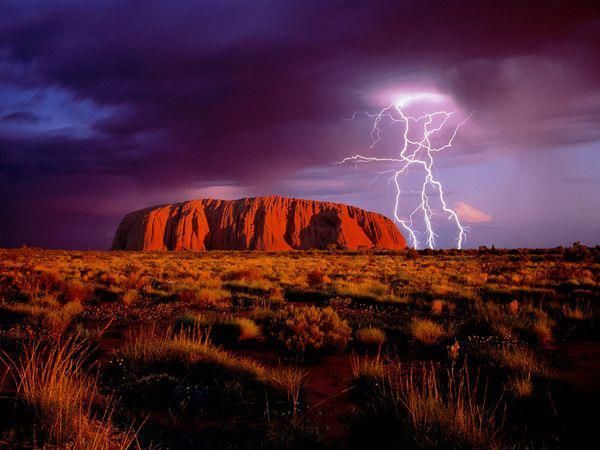 The universe is all about energy and the way the atoms spin. While there are many pockets of energy across the world, there happen to be 8 places with a higher energy field. And folklore has it that, being there can be a truly spiritual experience.

While the spiritual experience isn't guaranteed, these places do have a certain mysterious and out of the world aura about them. Read on ..

Seven Rile Lakes are 7 glacial lakes with no source or end in the Rila mountains. Weird how they got there, eh? I stumbled upon this energy center while during my trip to Bulgaria. The area around the Rila Lakes is supposed to have a high energy field, leaving sensitive people affected and causing strange dreams. I guess I can safely assume that I am not a sensitive person.

This is a day trip from Sofia. You can get here by the Rila Shuttle and hike your way to the top. You can also use public transport and taxi to reach Rila.

A red rock in the middle of on an otherwise flat land should have raised your suspicions. Yes, this is the spiritual center of Australia. Ancient tribes have named the plateau Tiukurpa, translating to Dreamtime due to the strange visions people had after visiting the place.

Haven't we all wondered who put those stones there? Well, now you know the place has something "energetic" about it.

The ancient civilization sure knew nature and energy well. The Lost city of the Incas was built here in a way to best harness the energy in the area. And one can't deny that when the clouds move to reveal the city, it sure is an out of the world experience.

The region around Mt. Shasta is one of longest-occupied areas of North America - again goes to show the old native civilizations knew places of energy best. This large potentially active volcano rises from surrounding flat-lands in a perfect conical shape and is known to have mythical lenticular clouds around it. Totally divine eh?

With so many prophets hearing the voice of God here, there has to be something mystical about the place, right? Turns out there is a science to it, and this area happens to be a powerful energy field. Also, known as the Throat Chakra of world, it is befitting that this area has been the starting point of the "Voice of the World" today.

This remote island off the coast of Chile has been a mystery forever. Who put those head there? What do they mean ? Well, one can only assume that the early inhabitants had used it as an ode to nature and the energy harnessed in the area.

This sacred mountain in the Himalayas, is the Crown (Chakra) of the world. While Buddhists and Hindus have their own legends about this Mountain, the unanimous understanding is that the tip is home to spiritual bliss. Now, while you can visit all the other 7 places, this one unfortunately is off limits. Mysterious right, that Everest at 8848m has been scaled but Kailash at 6638m hasn't been?

How many have you been to? Will you add these to your bucketlist?

Photo Credits - Self and Google Images