Skydiving in New Zealand – The 10 Stages of Fear 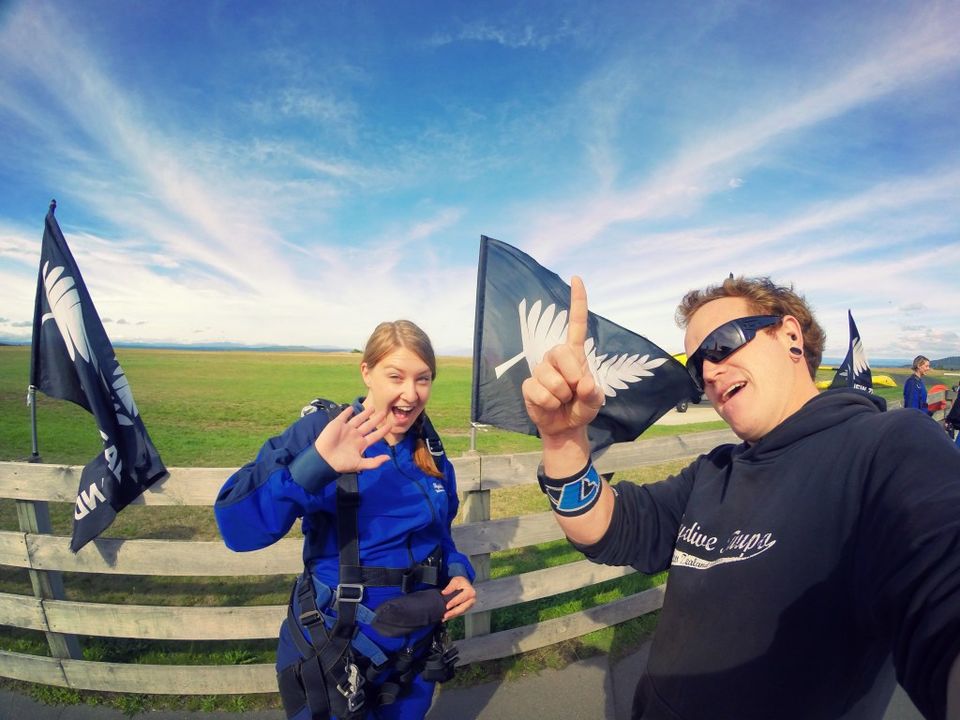 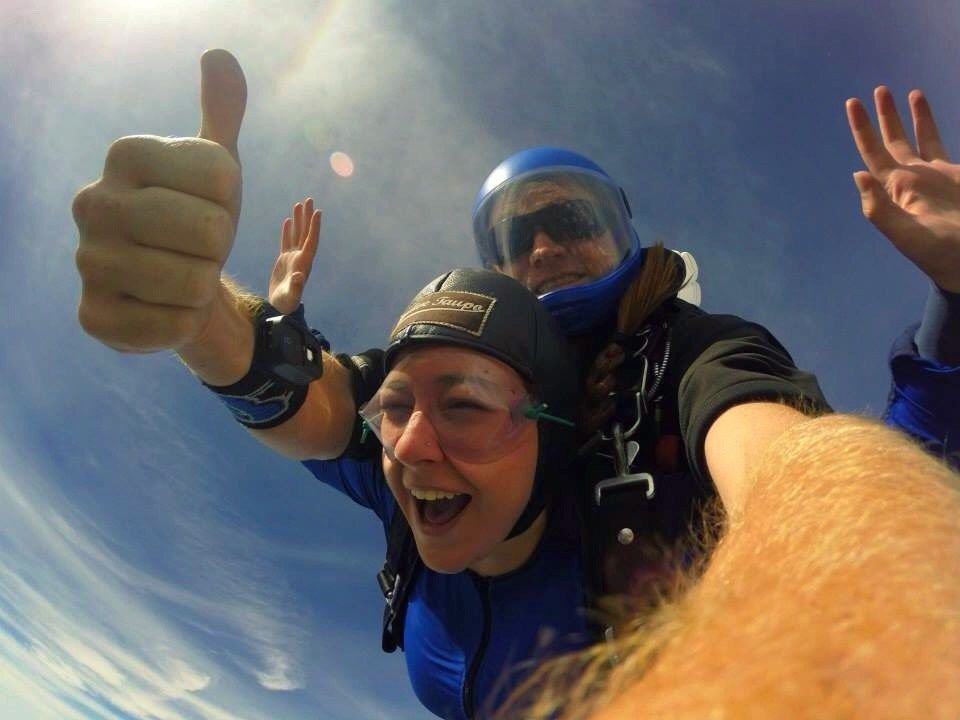 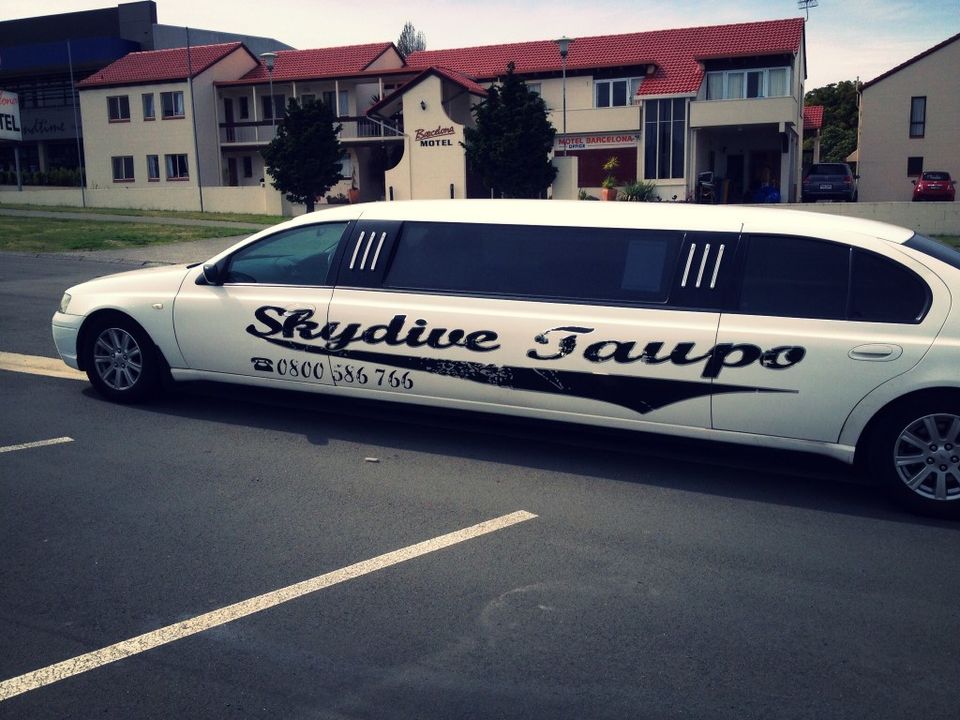 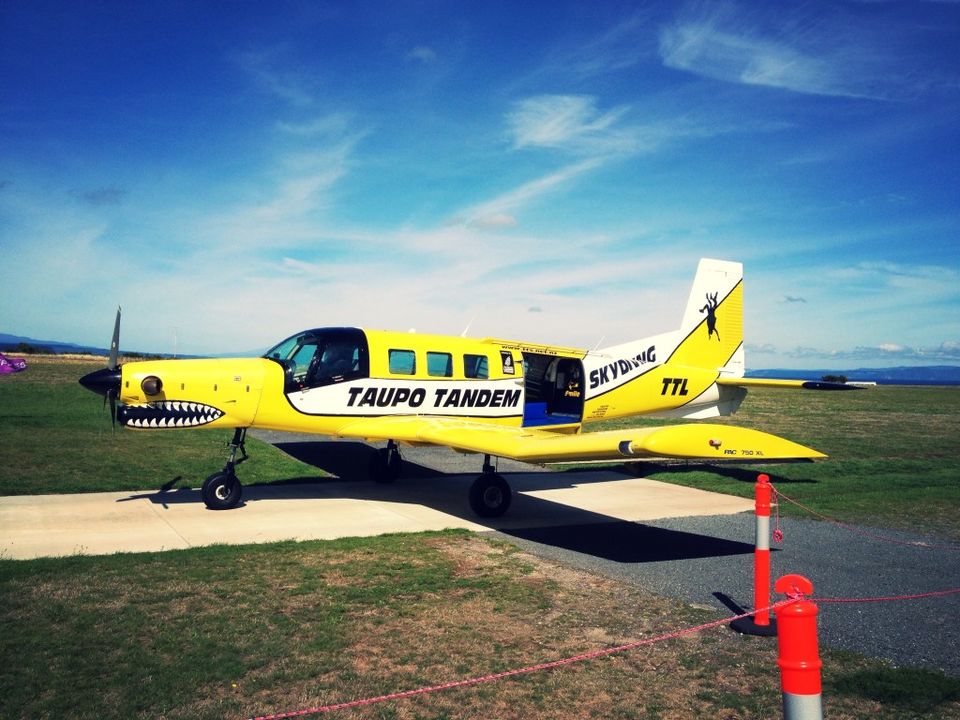 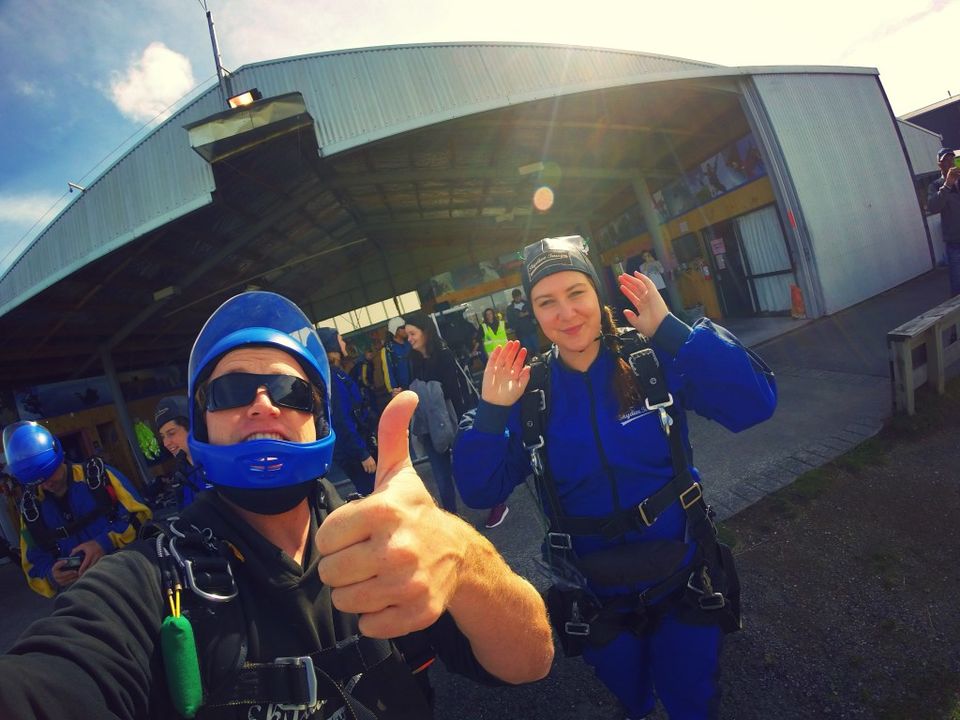 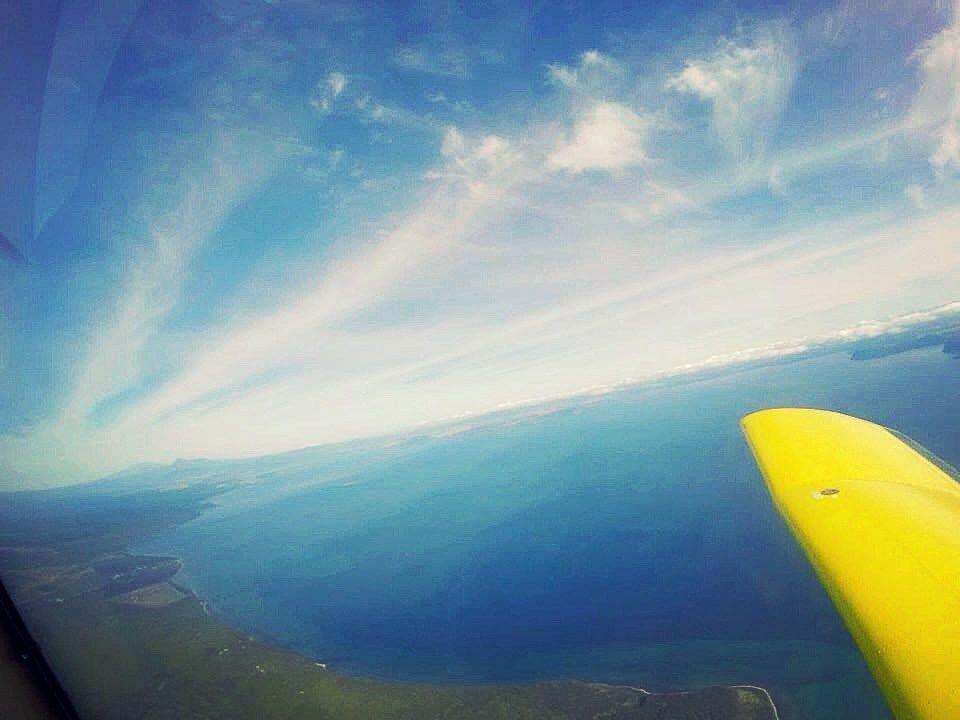 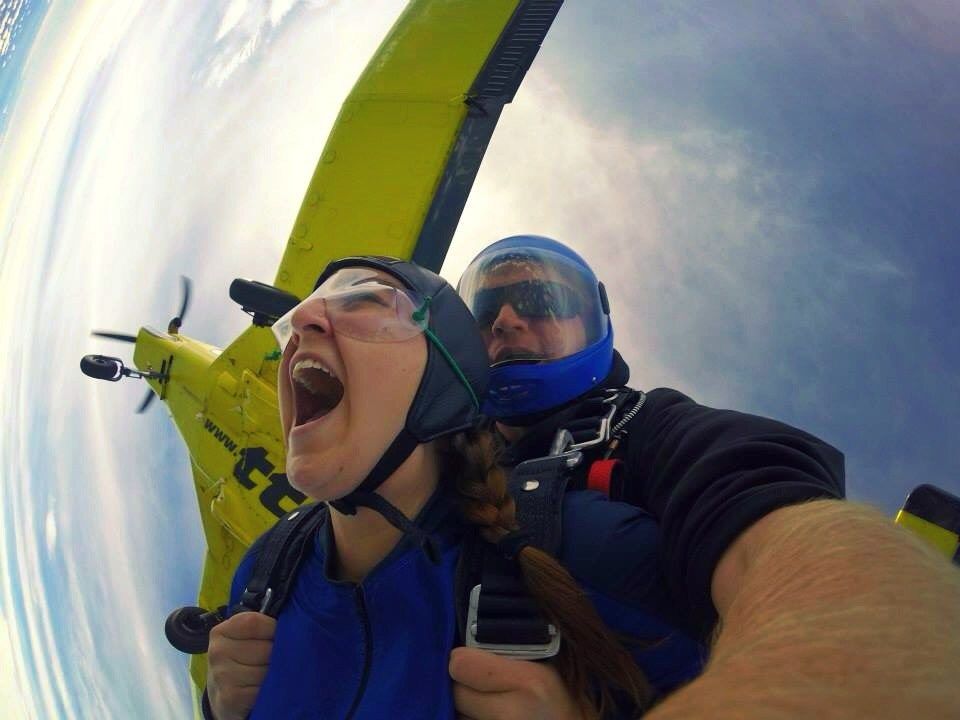 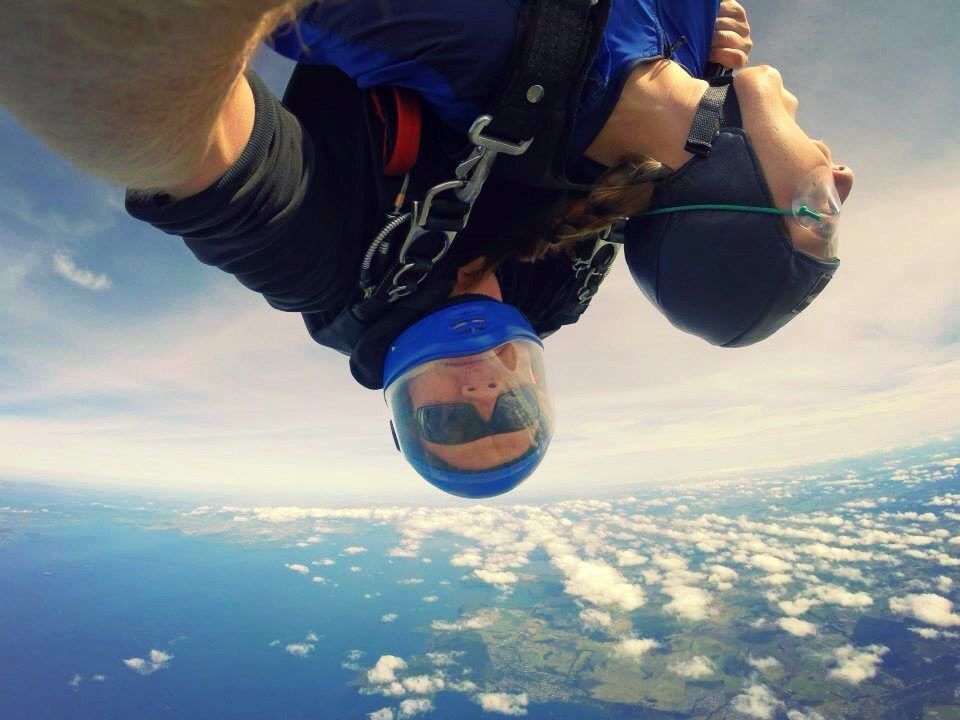 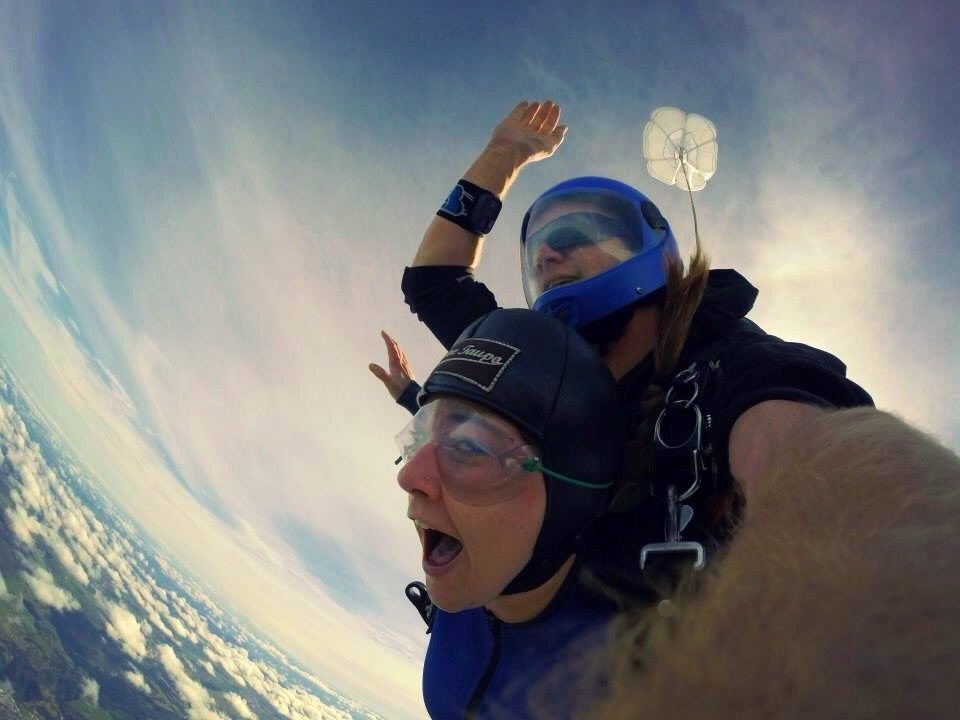 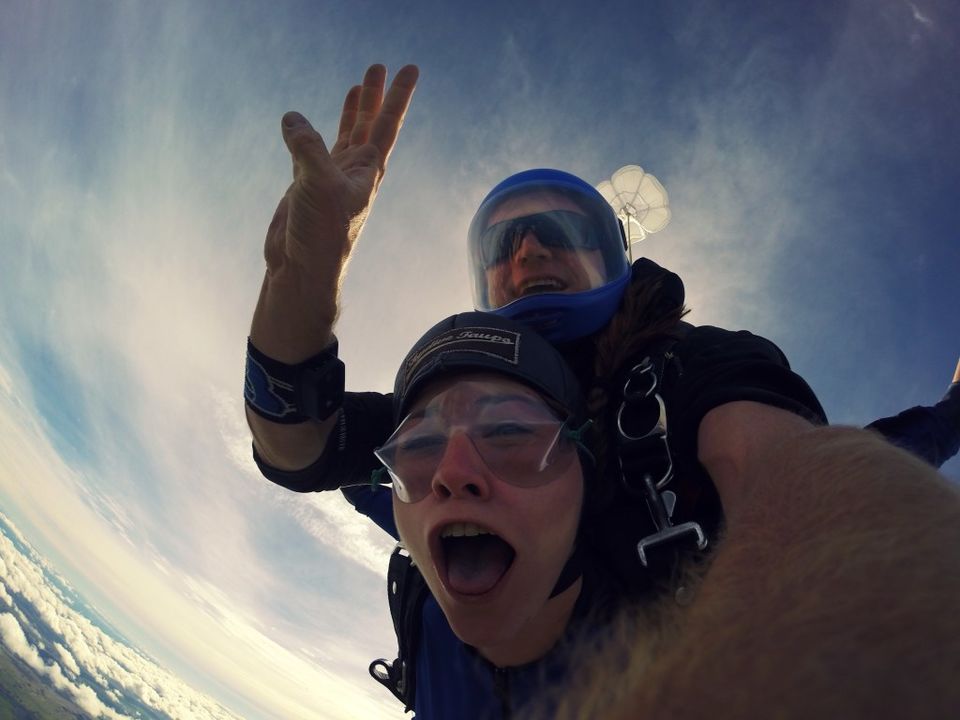 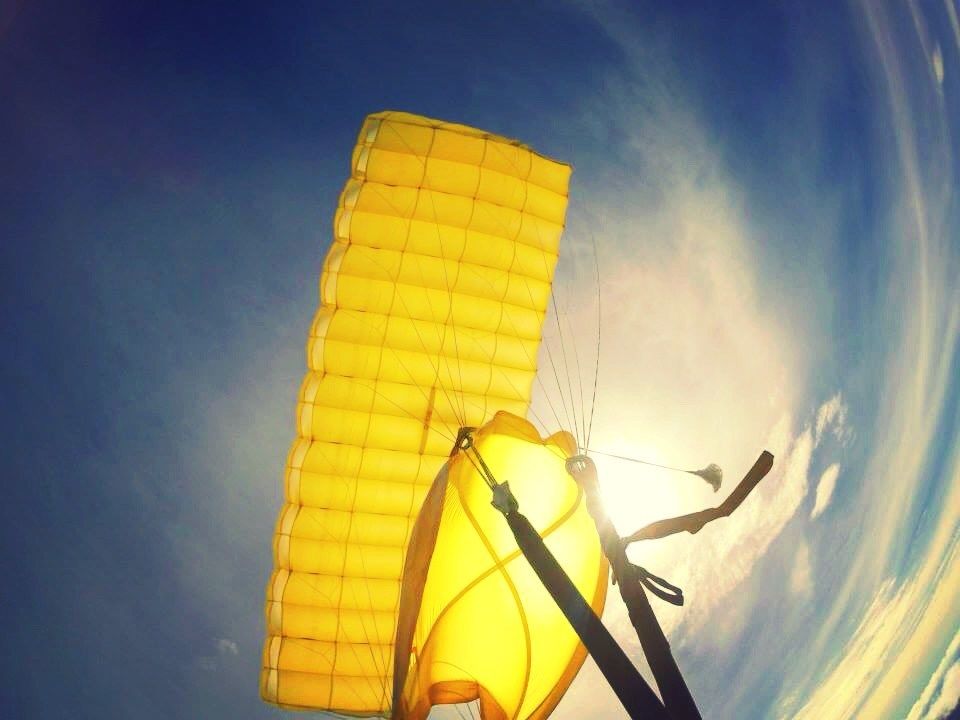 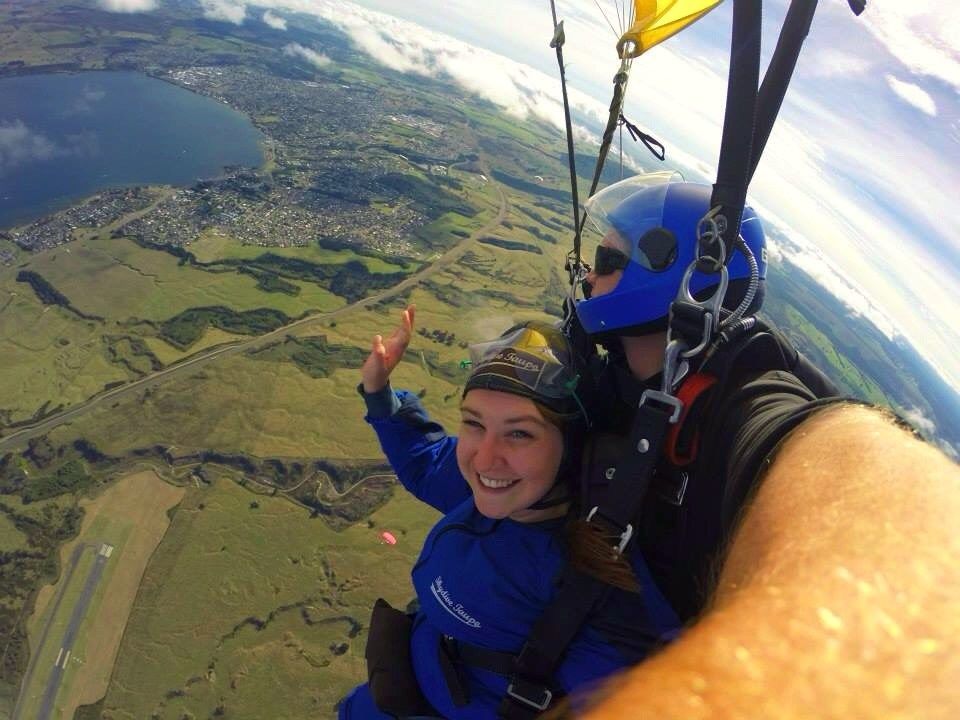 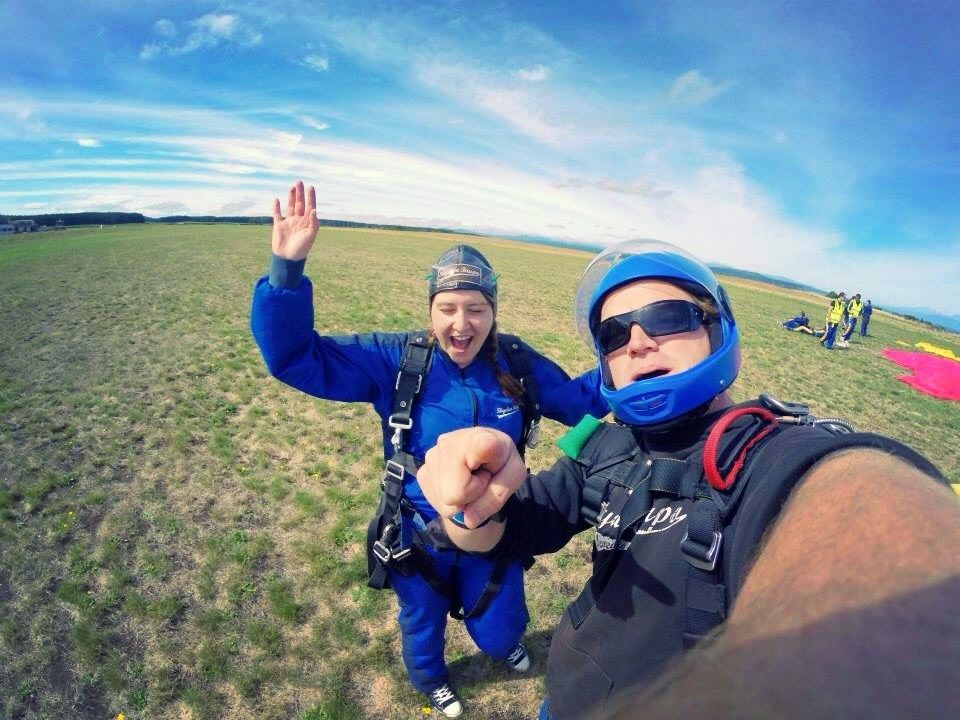 With the end of the year drawing in, I’ve been thinking a lot lately about my travel highlights from 2015 and the one that immediately pops into my head is doing a skydive in Taupo, New Zealand.

I still can’t believe I did it and when I watch my video back it doesn’t feel like it’s me that I am seeing on the screen. As if packing up my life to go around the world on a solo trip wasn’t scary enough for a self-confessed introvert, let alone actually jumping out of a plane. But that is one of the many beauties of travel – it can be scary, yet exhilarating all at the same time, and it definitely challenges your comfort zones. If you’d asked me a year ago whether I would do it, the answer would have been “HELL NO”

But I did do it. I faced my fears and experienced several other levels of fear which happened in the following stages.

1) The “how‘s-the-weather-looking” stage – It’s the morning and you’re nervously waiting around outside your hostel for your transport. You look up and notice there’s maybe two, possibly three clouds in the sky and a very light breeze. You secretly pray to the gods for the weather to take a sudden turn for the worst…but it’s not looking too hopeful.

2) The “am-I-signing-my–life-away?” stage – Your driver has arrived and they have confirmed your skydive IS indeed going ahead. SHIT. It begins to dawn on you that this is actually happening and the anxiety really starts to kick in. You forcefully make friendly banter with the other faces of terror around you while signing forms that talk about death and liability and make you feel like you’re already doomed.

3) The “fight-or-flight” stage – You’ve watched the safety briefing, you’ve chosen your package (15,000ft…WTF?!?!) and you’re now geared up in what can only be described as a boiler suit with crotch straps. Then they whack on a rather lovely egg-head-shaped hat with huge goggles just for comical measure. You’ve interrogated all the staff about the death/life ratio, but no amount of reassurance seems to make you feel any safer. At this point, your mind can’t make sense of what is about to happen and you really have to fight the urge to make a run for it.

4) The “calm-before-the-storm” stage – You’re now in this tiny plane, awkwardly sat on a stranger’s lap while the propeller blades whir loudly as you make your way into the big blue sky. At this point, you’re feeling surprisingly calm as you take in the amazing views around you. It’s almost as though your brain has given up on trying to comprehend what’s going on and all that built-up tension suddenly seems to disappear…until…

5) The “OH-MY-F-ING-GOD” stage – This is the moment of truth! Your legs are now dangling off the edge of the plane but you don’t have long enough to even think about it. Before you know it you’re being launched into the open air. You’re falling and tumbling really, REALLY fast towards the earth. But it doesn’t feel like it. It feels more like you’re floating. No words can describe the adrenaline rush you get but it’s strangely euphoric.

6) The “is-this-real?” stage – The ground doesn’t seem to be getting any closer and for a split second you wonder whether this is actually happening or whether you’re dreaming the whole thing. These sensations are completely new to you and you’re seeing the world from a whole new perspective… it’s hard to believe that it’s real.

7) The “is-my-face-still-attached?” stage – Then your face goes. Like, completely goes. There’s absolutely no controlling it as the force of the air fills your cheeks, so you might as well embrace it. Or just scream some more…that seems to ease the feeling that your face is about to be blown off.

8) The “i‘m-aliiiiiiiiive” stage – After what feels like the longest, yet quickest, minute of your life, the parachute opens up and you’re being pulled back up through the air really fast. And then there’s silence. You can finally breathe a sigh of relief. You’re alive! You made it!

9) The “shit-definitely-got-real” stage – You’re feeling elevated in every sense of the word. As you glide around admiring the views, you’re suddenly very aware of the fact that you can now see your feet and they are still nowhere near the ground. But no amount of fear can take away the buzz of the experience.

10) The “back-to-earth” stage – There’s nothing to be afraid of now. Your feet are firmly back on the ground where they are meant to be…and you lived to tell the tale. And it is going to be one of the best god damn tales to talk about for the rest of your life.

And would I do it all over again? HELL YES.

This post was originally published on where is noodles?