The Story of The Stars 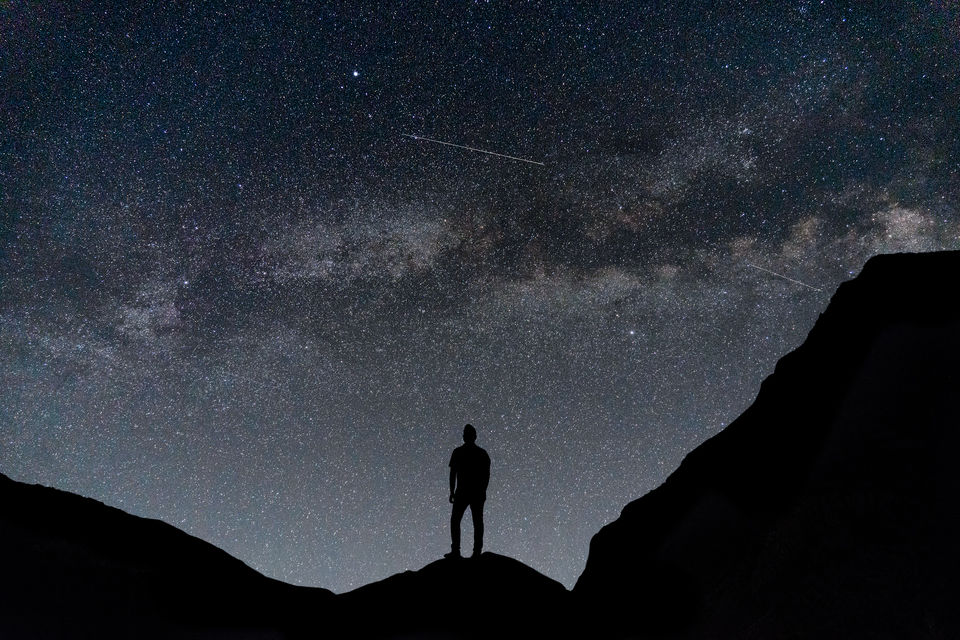 There is nothing in this universe more powerful than faith and I had faith that I will get the chance to see and capture our galaxy in all its glory. Before this, whenever I tried photographing the Milky Way it was either too bright because of the moon or too cloudy.

I don't know if I've mentioned this before but Stars are my favourite thing and I feel a strange but strong connection with them. Stars give me hope and a sense of belongingness. Most importantly, I never feel alone as every human share the same sky.

I never miss a chance to do astrophotography, but there is a funny story behind this picture.

I was in my hometown during Raksha Bandhan and all my cousins were with me. I asked my two elder sisters to accompany me for a drive. We had to go for dinner afterwards and decided to join the entire family directly at the restaurant.

We drove around for half an hour and stopped after finding the perfect location to stargaze. The sky was crystal clear after the rain, the moon was behind the mountains so it was dark.

To our surprise, we could see billions of stars clearly and they were magnificent. I noticed a white cloud of stars and knew that it was the Milky Way. I confirmed it using my go-to app for stars 'star chart'.

I always get lost while taking pictures and this was the Milky Way. I was so engrossed and excited that I forgot to keep the engine on and kept the headlights of the car on.

After an hour of taking pictures and talking to my sisters, I received a call from my dad letting me know that they had left for the restaurant. I told him that we'd be there in 30 minutes.

After packing my camera and all the equipments, I tried to start the engine of my car but the battery had died (we hadn't used this car for over a month so the battery wasn't completely charged and it drained because I had left the headlights on.) In my defence, I was too excited and forgot about the car.

I called my father all nervous knowing that I'd get scolded. I accepted my mistake right away and asked for his help. He and my uncle came to our rescue, we jump-started the car and lived happily ever after :P