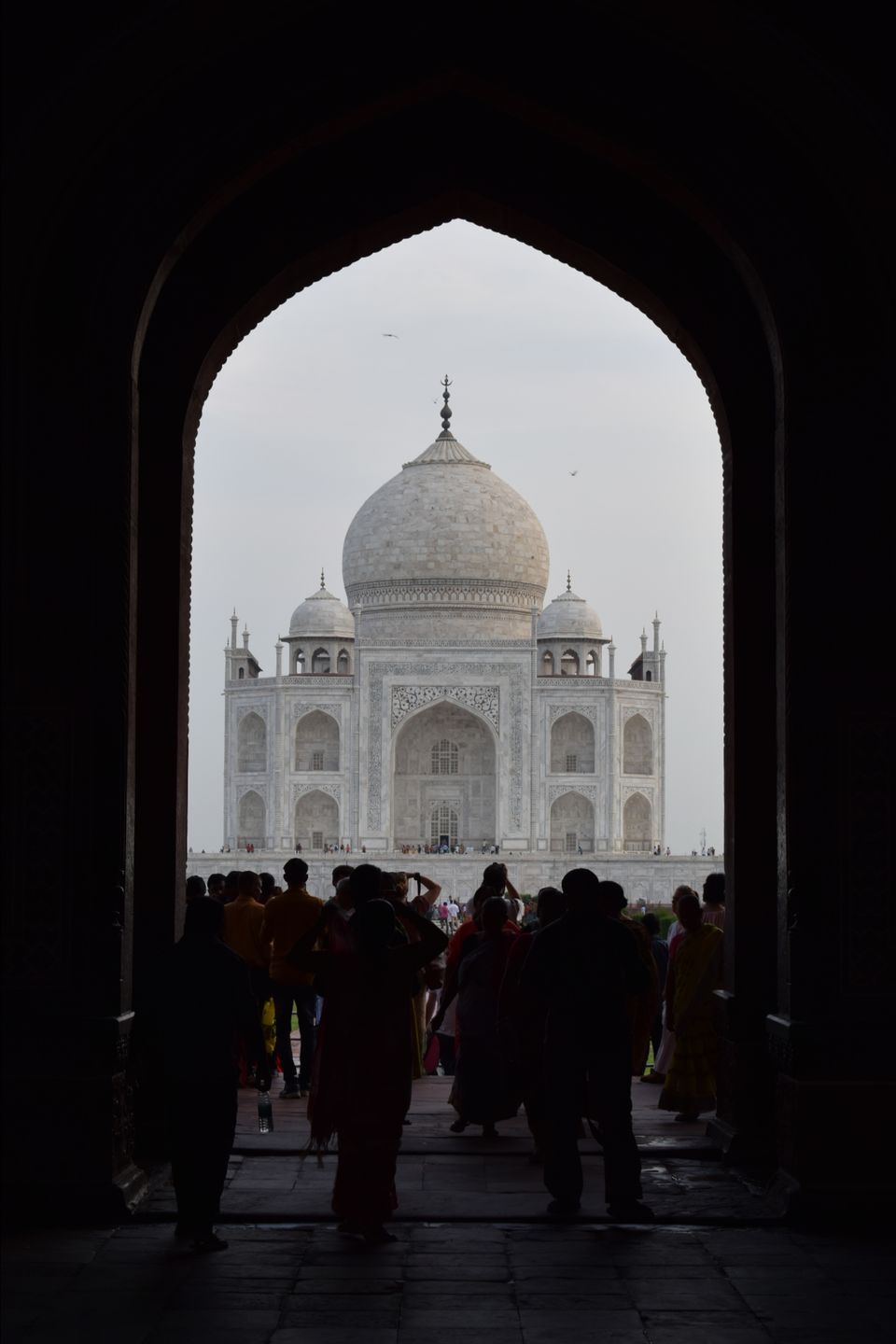 As the title reads, I always thought that this monument is highly overrated. It was my mother desire to see the ivory white mausoleum. In the month of august I planned a family vacation to fulfill my mom wish.

Agra doesn't have a airport, the nearest is at Delhi and  Gwalior. Trains run frequently through major cities. We reached Agra railway station at 12 midnight, headed directly to hotel and slept off.

We visited during Id festival, the entry to the Taj Mahal was free for 3hrs in morning. We kept Taj Mahal optional for day one, but to our surprise their was not much crowd when we reached at 9am. Actually the area is vastly spread which scatter the crowd and give a feeling of open space.
We entered through western gate, on the entry gate their are electric vehicle to drop you till the ticket counter. Its better to book ticket online via https://asi.payumoney.com/#/ to avoid the queue. The ticket is valid for three hours, if you fail to exit in 3hrs time, post that a fine is imposed on per hour basis.

The entry gate to Taj has aayat of Quran depicted on the front pillar, the deouction is narrow at bottom and wide as you move up the pillar to give it the illusion of the same width.

As you enter the gate, the exquisite structure of white marble catch your eye. The one word that comes out is "beautiful", the beauty of the monument is beyond your imagination. Its not only about white marble but also about the semi precious stoned and carvings, the Jama Masjid made with red stone on one side and its replica as a guest house on the other side of Taj Mahal adds to its beauty. As you stand beneath Taj Mahal, you feel how enormous it is, the four minarets are little tilted on the outer side so as when you see the complete monument they look straight, another example of the high intelligence. The mausoleum at the centre of the tomb is beautifully carved with flowers design with semi precious stones. The marble is carved in different pattern to make the windows pattern to let the light and air pass through.

Taj Mahal is truly wonder of the world, you get awestruck with its beauty. I visited taj twice on my visit, its hard to let it go from your eye sight.

Next we visited Agra Fort, most part of it is under Indian Army. The fort has intrinsic work including semi precious stones and red stone. You see a sight of Taj Mahal from here, the Shahjahan was imprisoned here by Aurangzeb and used to see Taj during his last days. Shahjahan also wanted to built black Taj but Aurangzeb imprisoned him and the initial structural design can be seen on the other side of Yamuna.

Agra fort is mix of red stone and white marble and the mughal architectural designs are at their best. The carvings and work is still intact in most of the places.

We had lunch at a nearby restaurant as suggested by our auto driver. After that we booked a ola package for Fatehpur sikri.

It was scorching hot, the red stone was burning and emitting heat. From the parking bay, electric bus runs every 5minutes to drop you to the monument. The Fatehpur sikri monument is divided into two parts, first is Sikri the royal accomodation place and then the Fatehpur, the Salim Chisti dargah.

The sikri is made with red stone and carvings are done based on the culture of three queens, Ruquaiya, Jodha Bai and Mariyam. Fatehpur is made to mark respect to Salim Chisti, a sufi saint with whose blessing Akbar was blessed with a son Jahangir also known as Salim.

All these places can be covered in a single day and Mathura vrindavan can also be visited along with this itinerary if you start early in day.
Vrindavan's Prem Mandir is illuminated with lights in the evening and is only 2hrs from Agra, this can be kept for the evening visit.

Gwalior is 150km from Agra, it requires one day for sightseeing and Orchha is another 120km from Gwalior.

You can read Gwalior itinerary in my another blog.

Must try food: Bedai(kachori with aloo sabji) and petha(panchhi petha)

For travel you get enormous options of cabs and auto. The package are available based on hours and places, youcan choose the one as per your preference. For local sightseeing thr auto are the cheapest option. 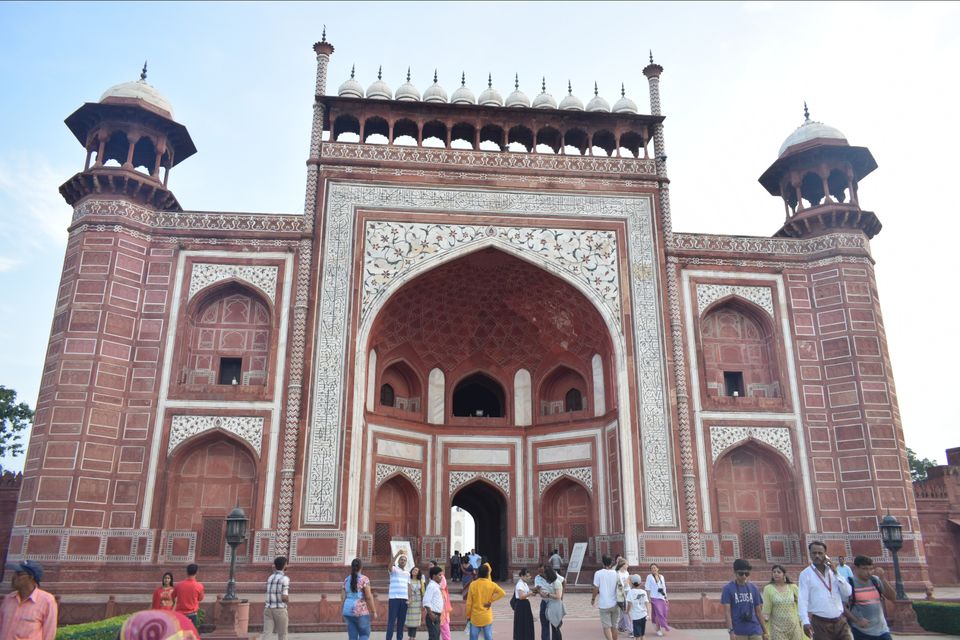 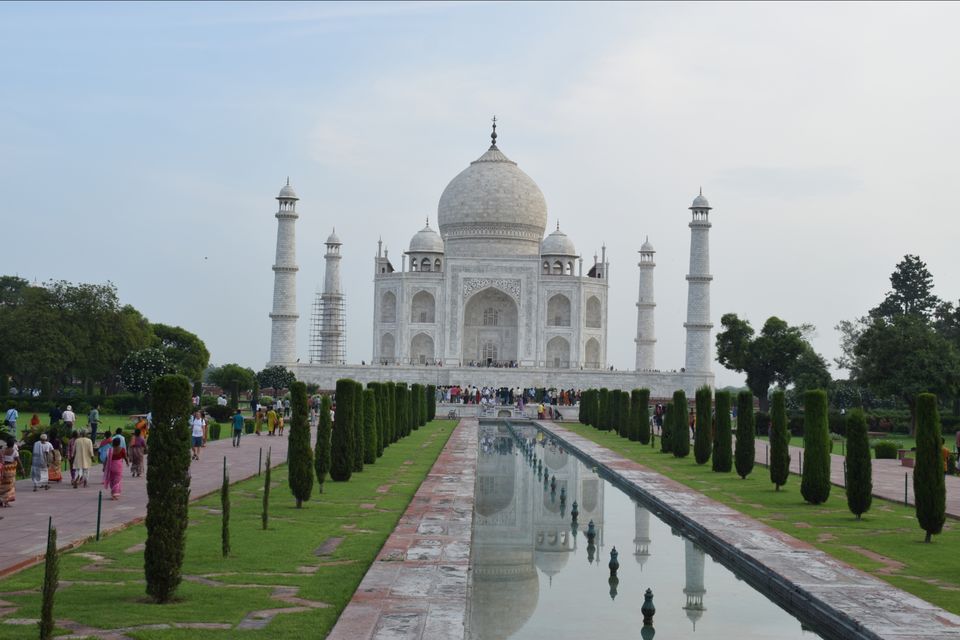 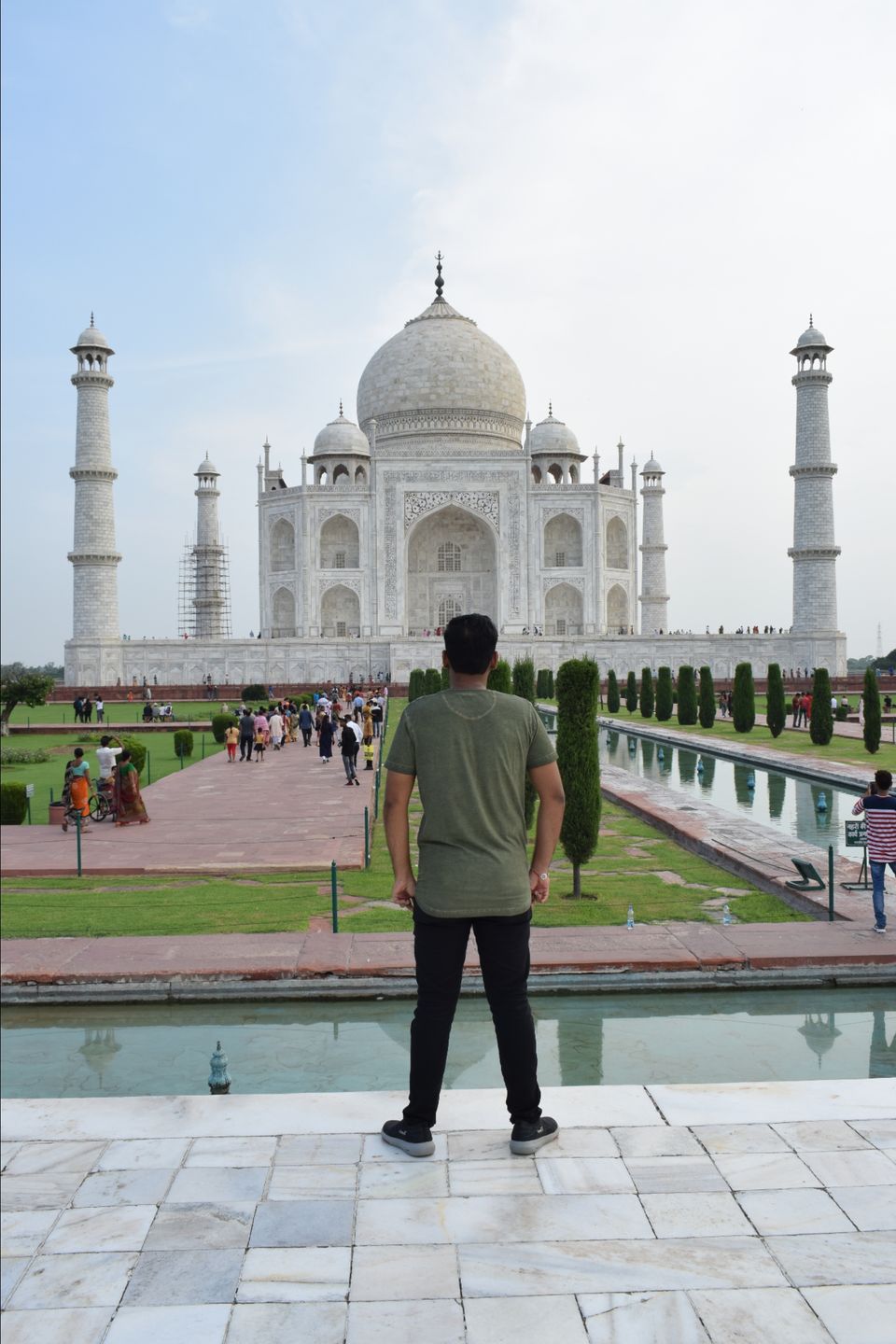 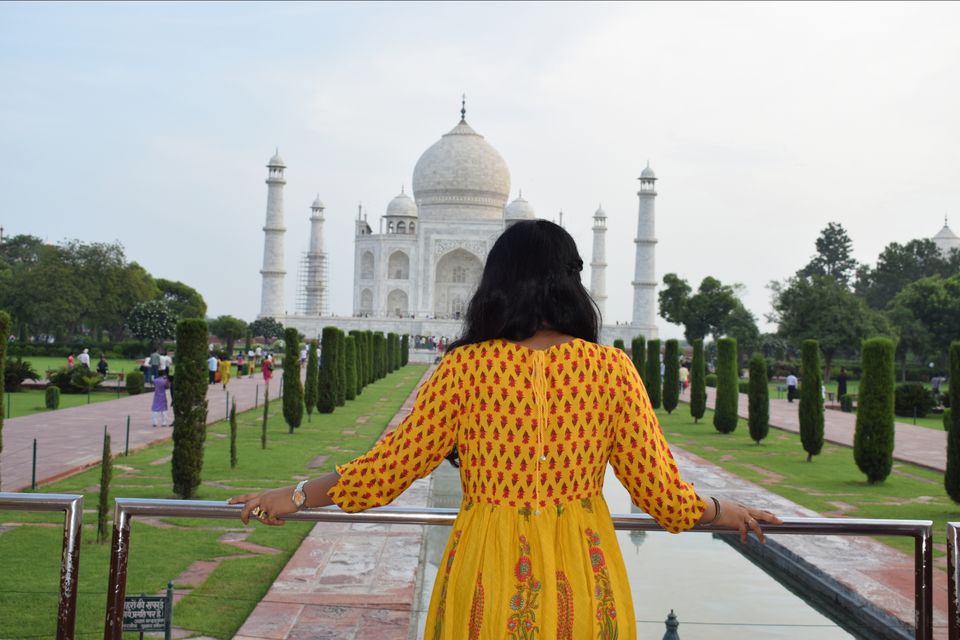 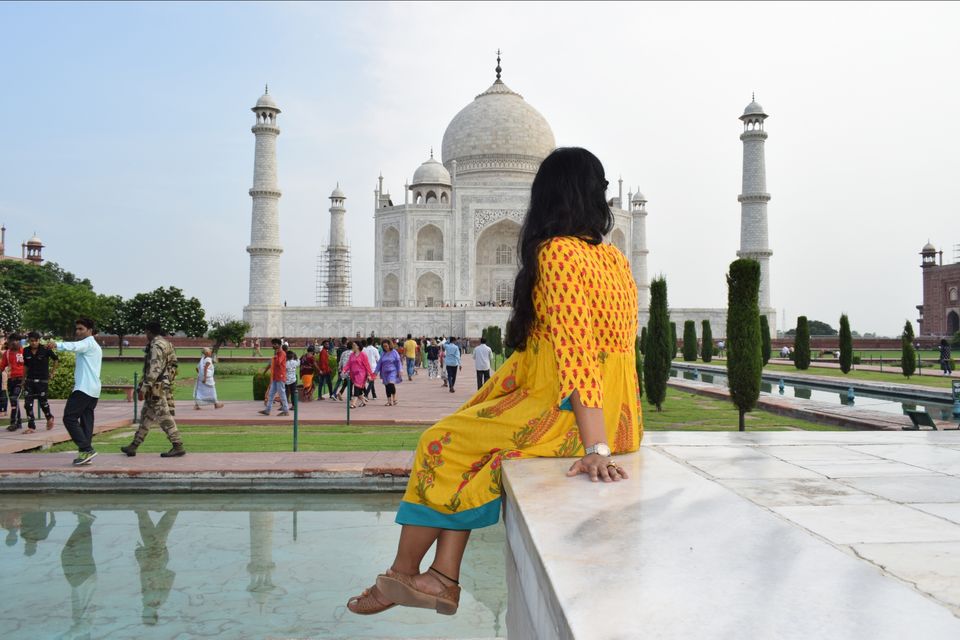 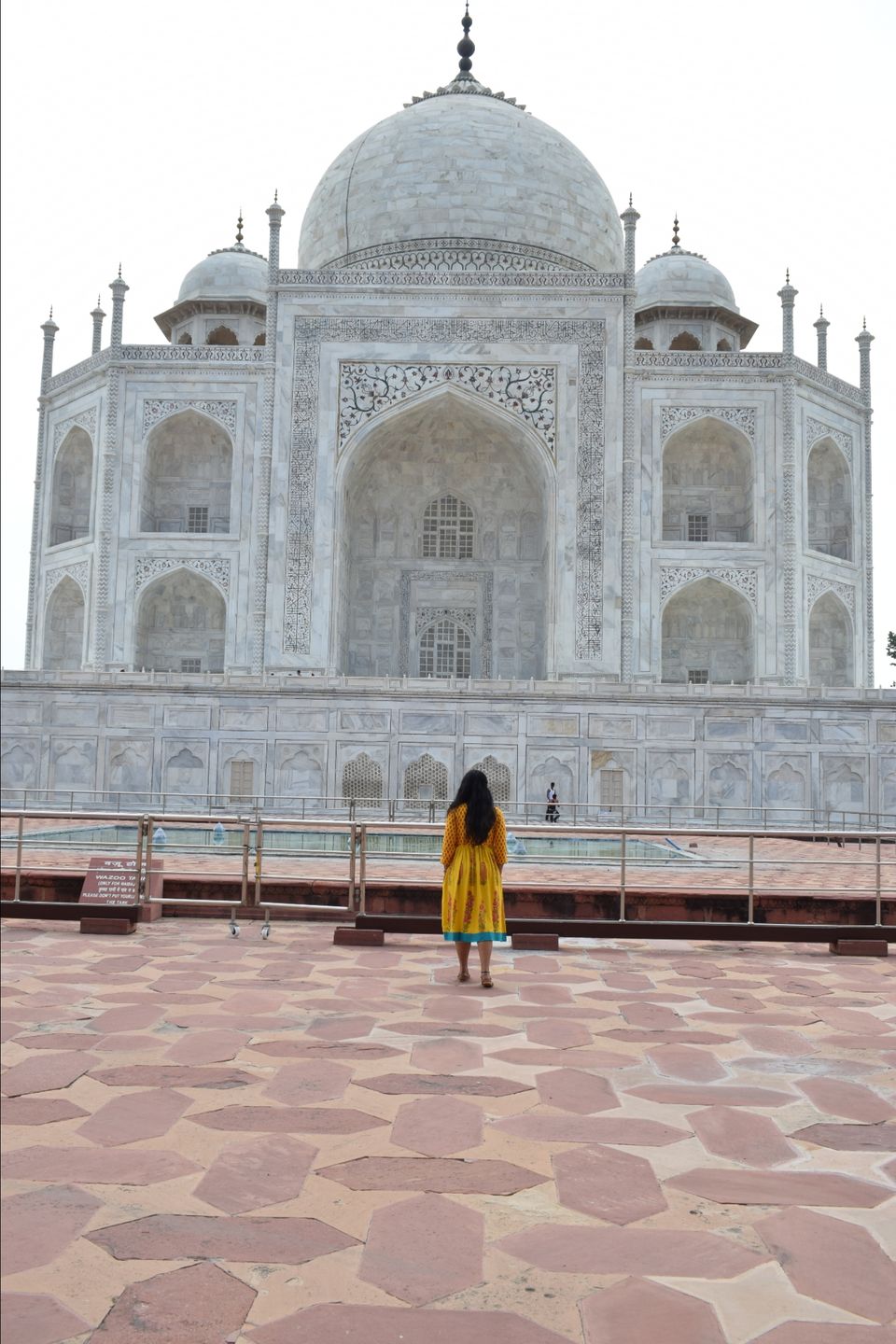 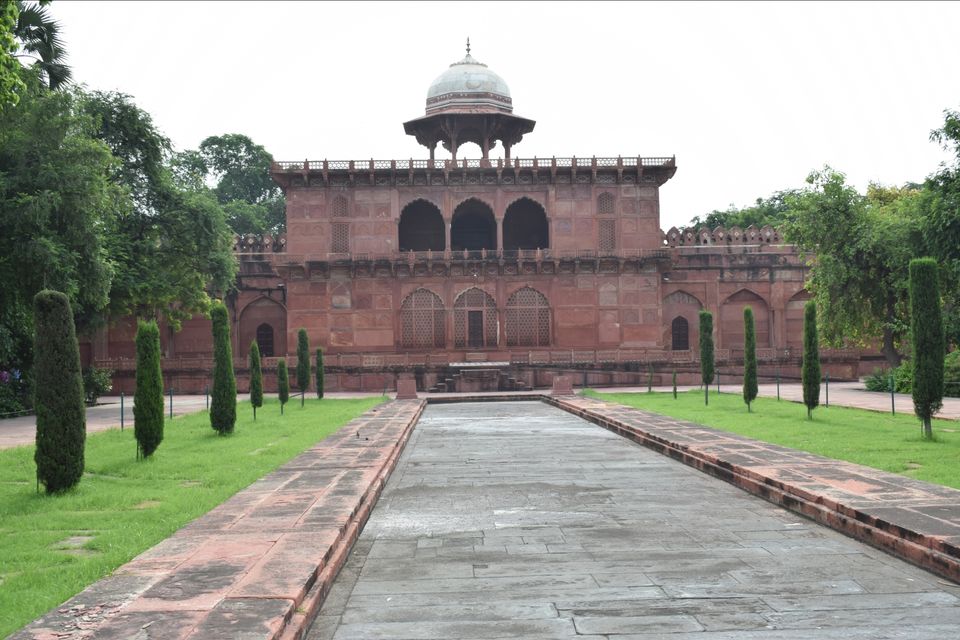 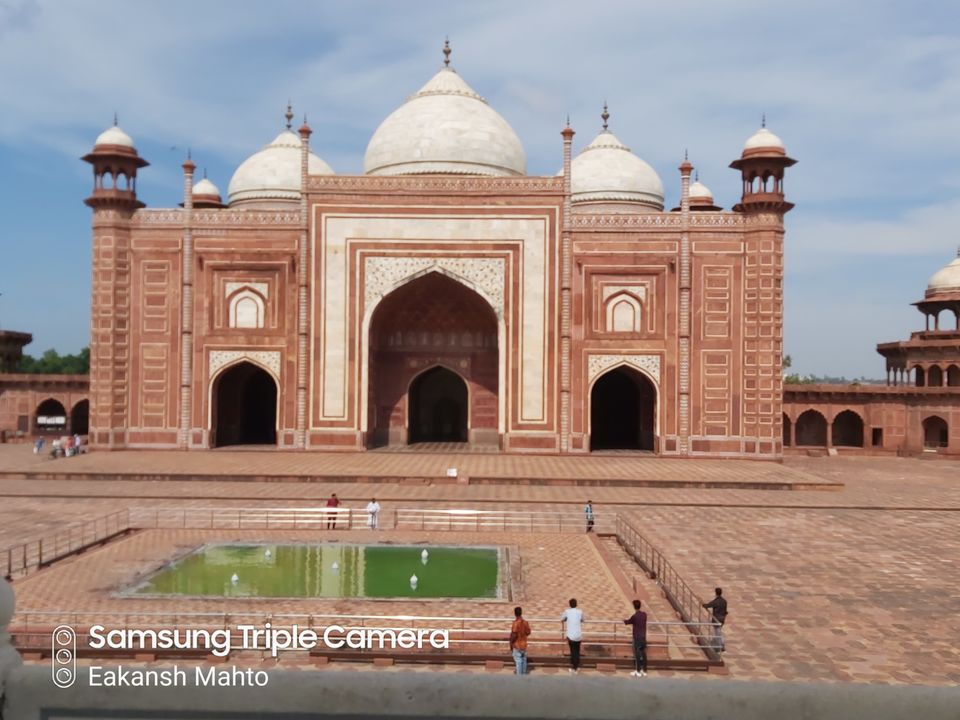 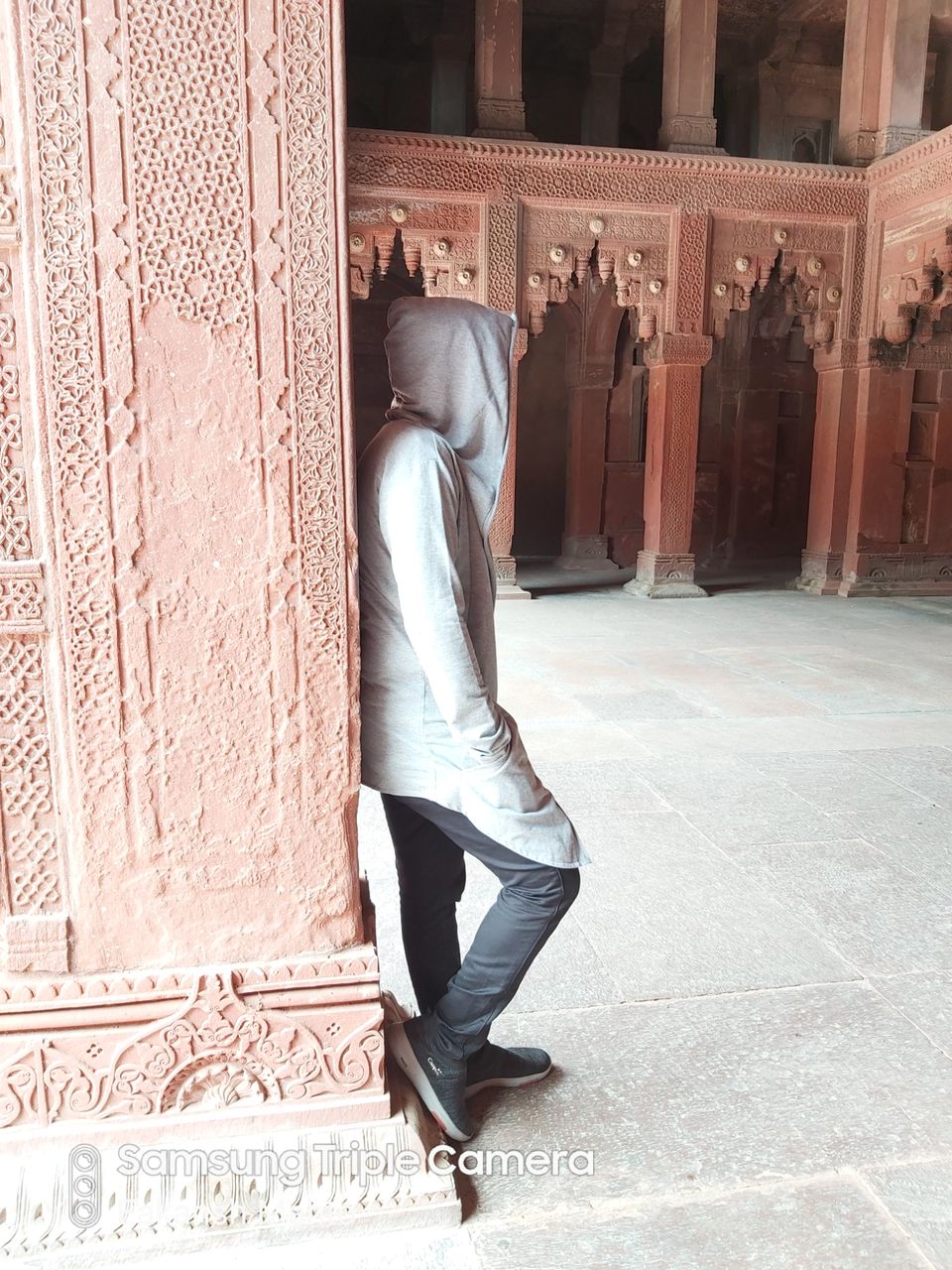 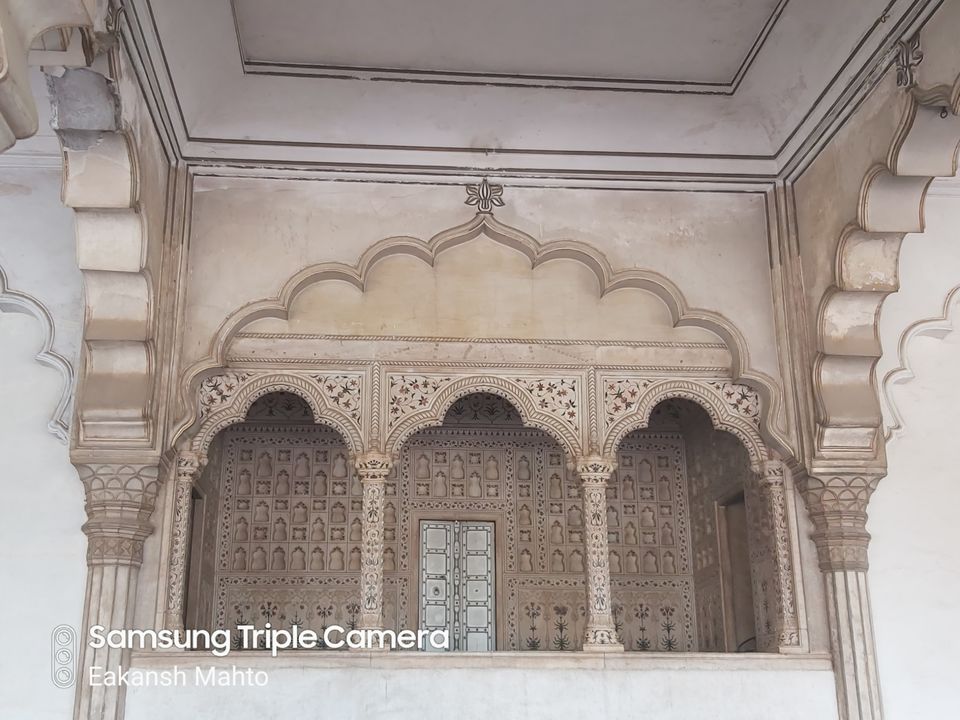 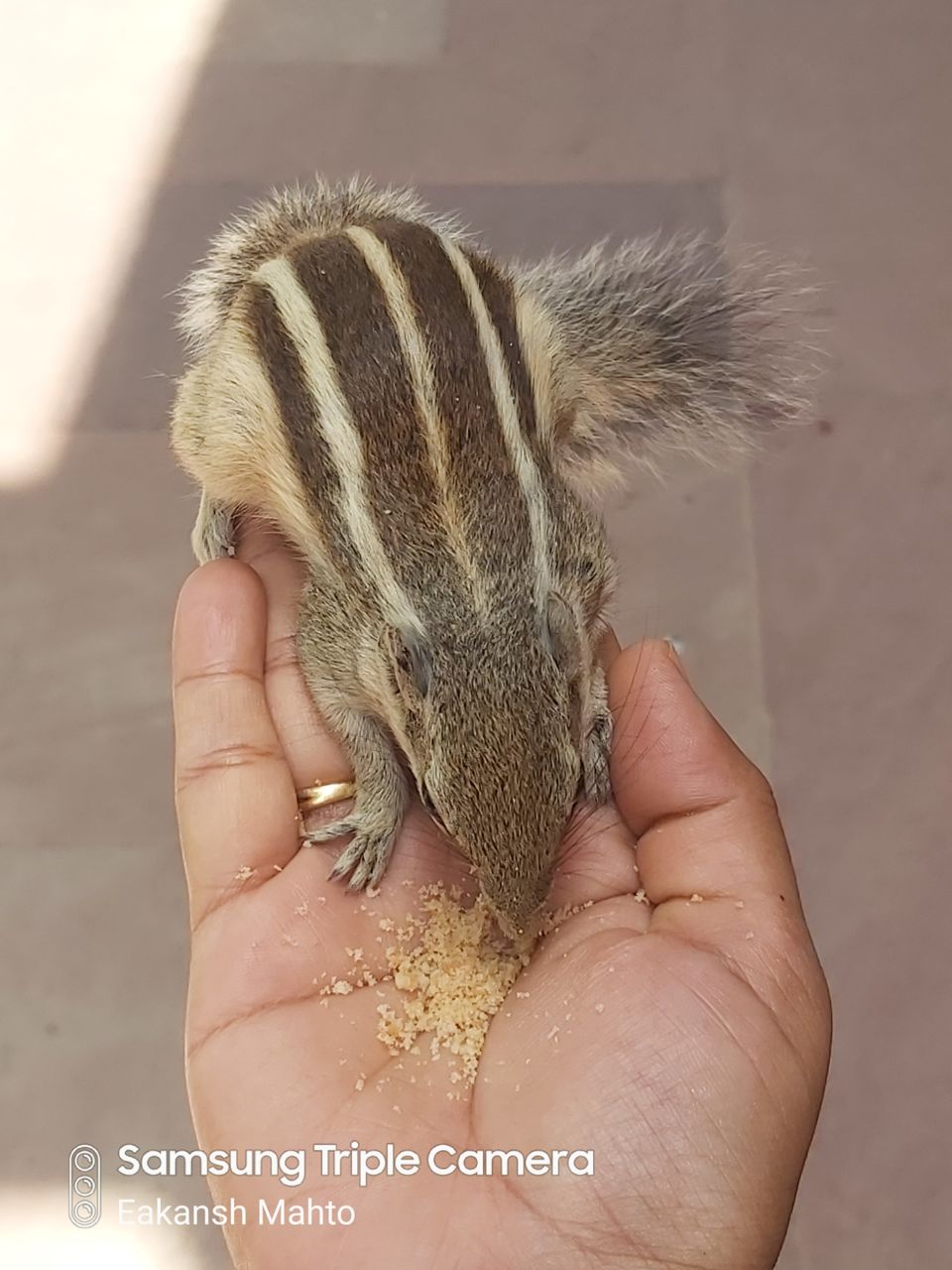 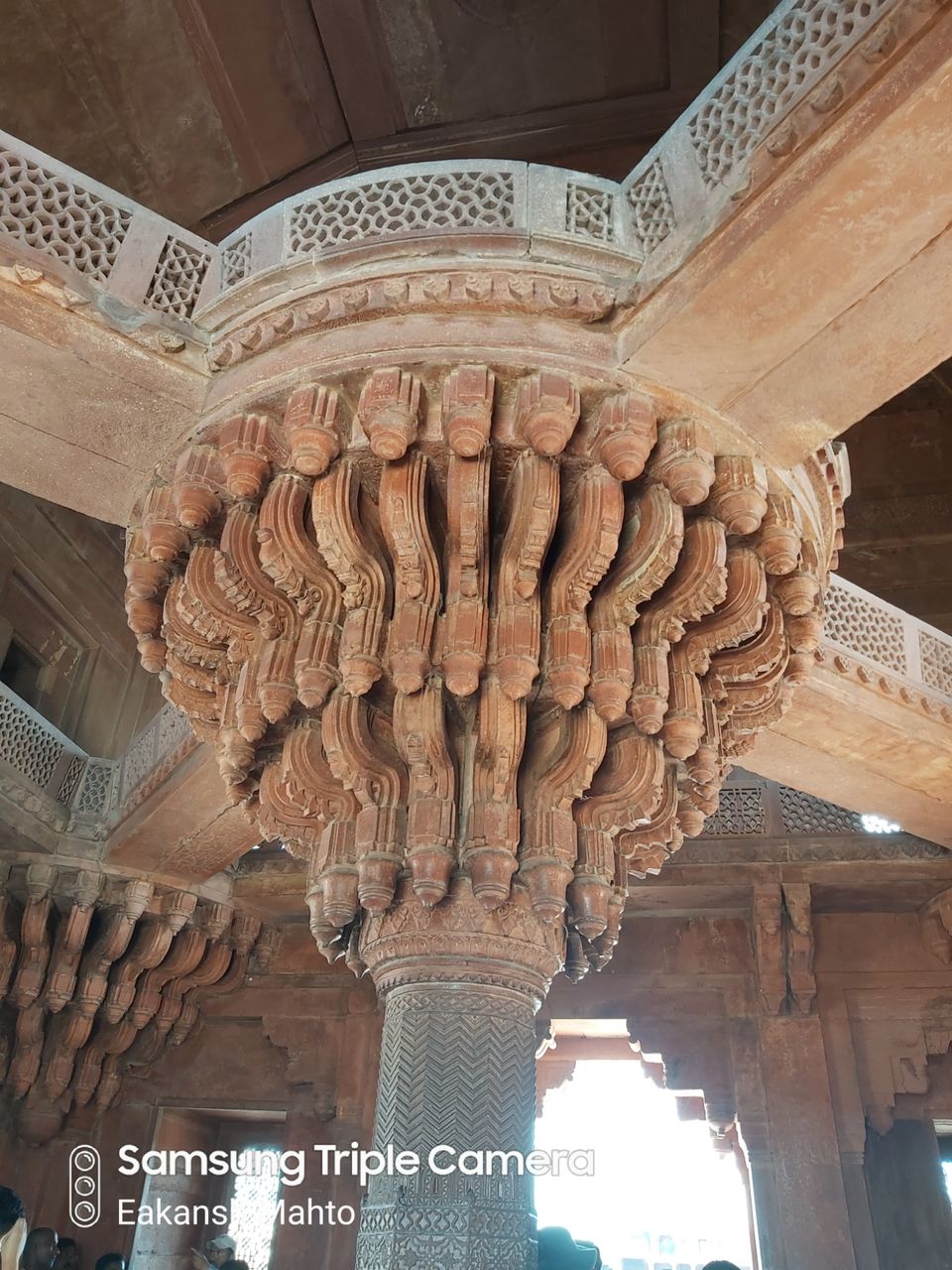 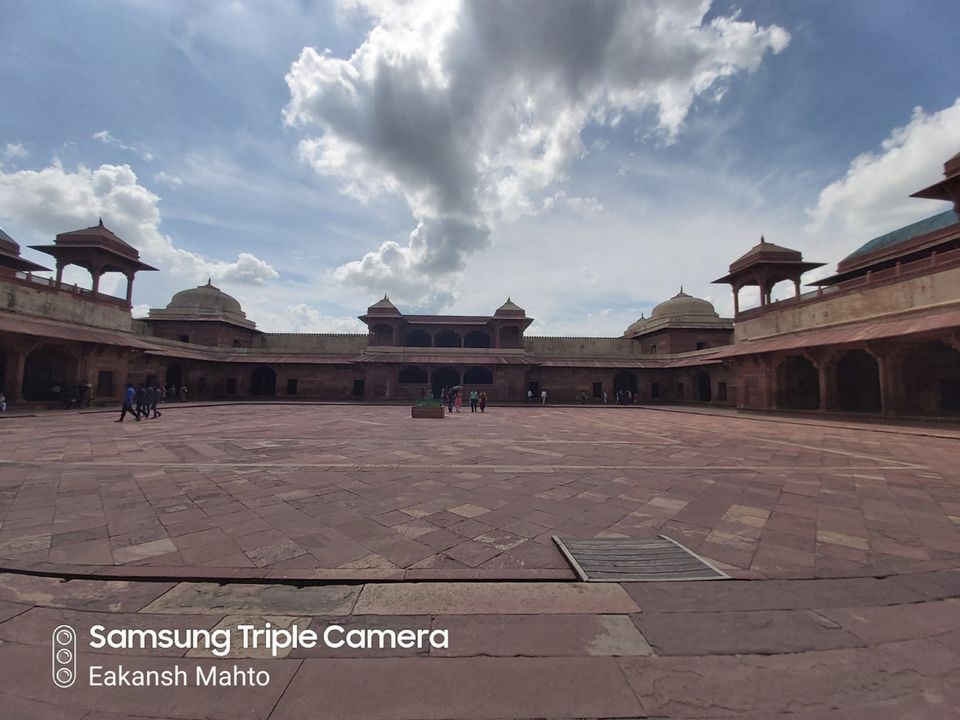 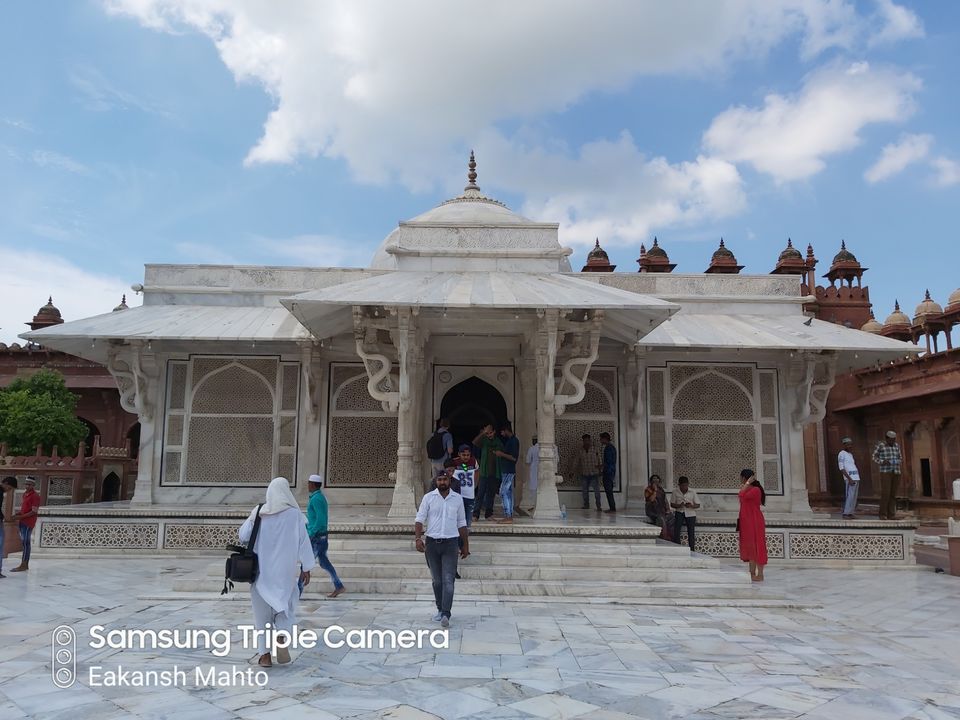 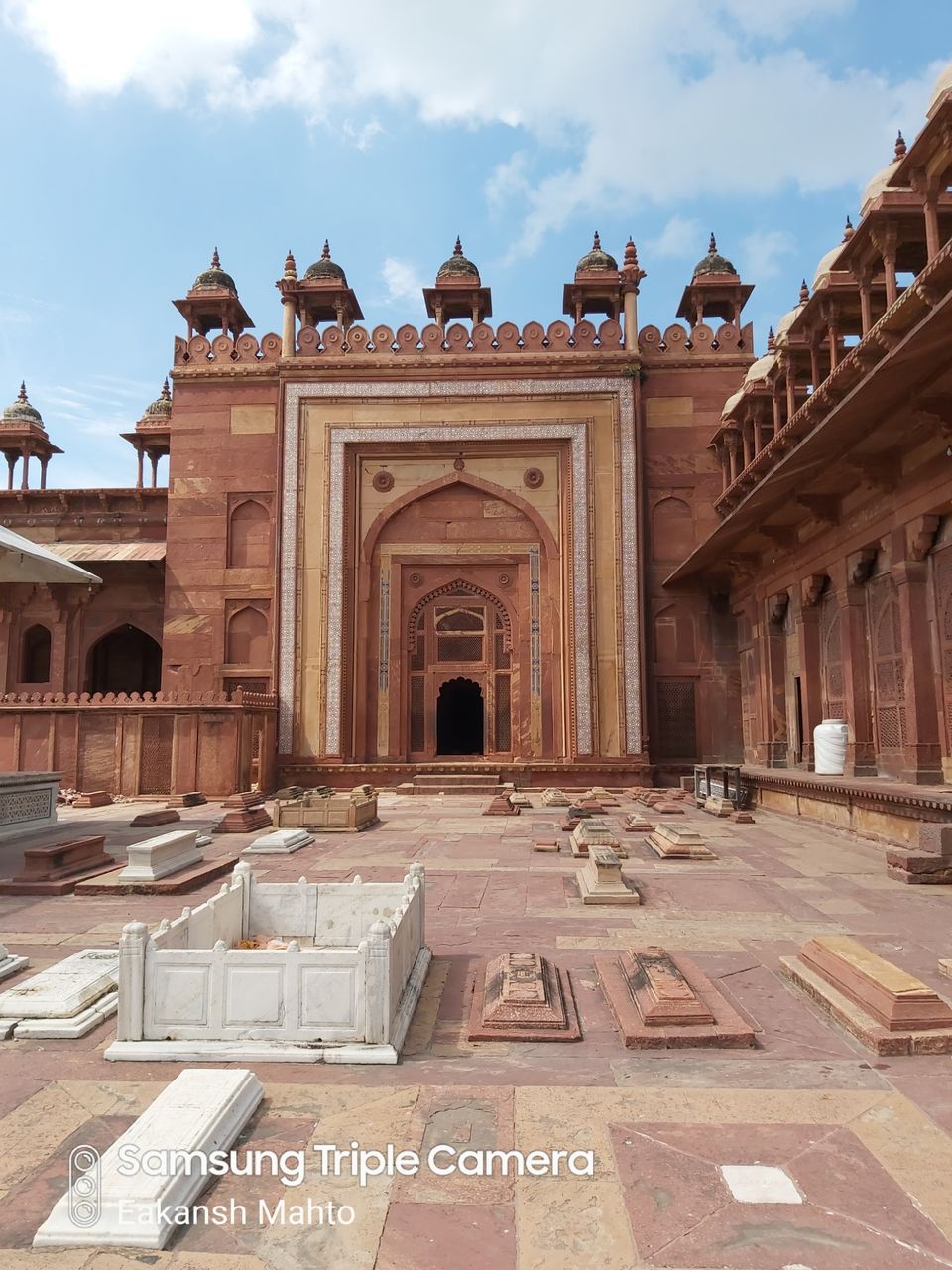 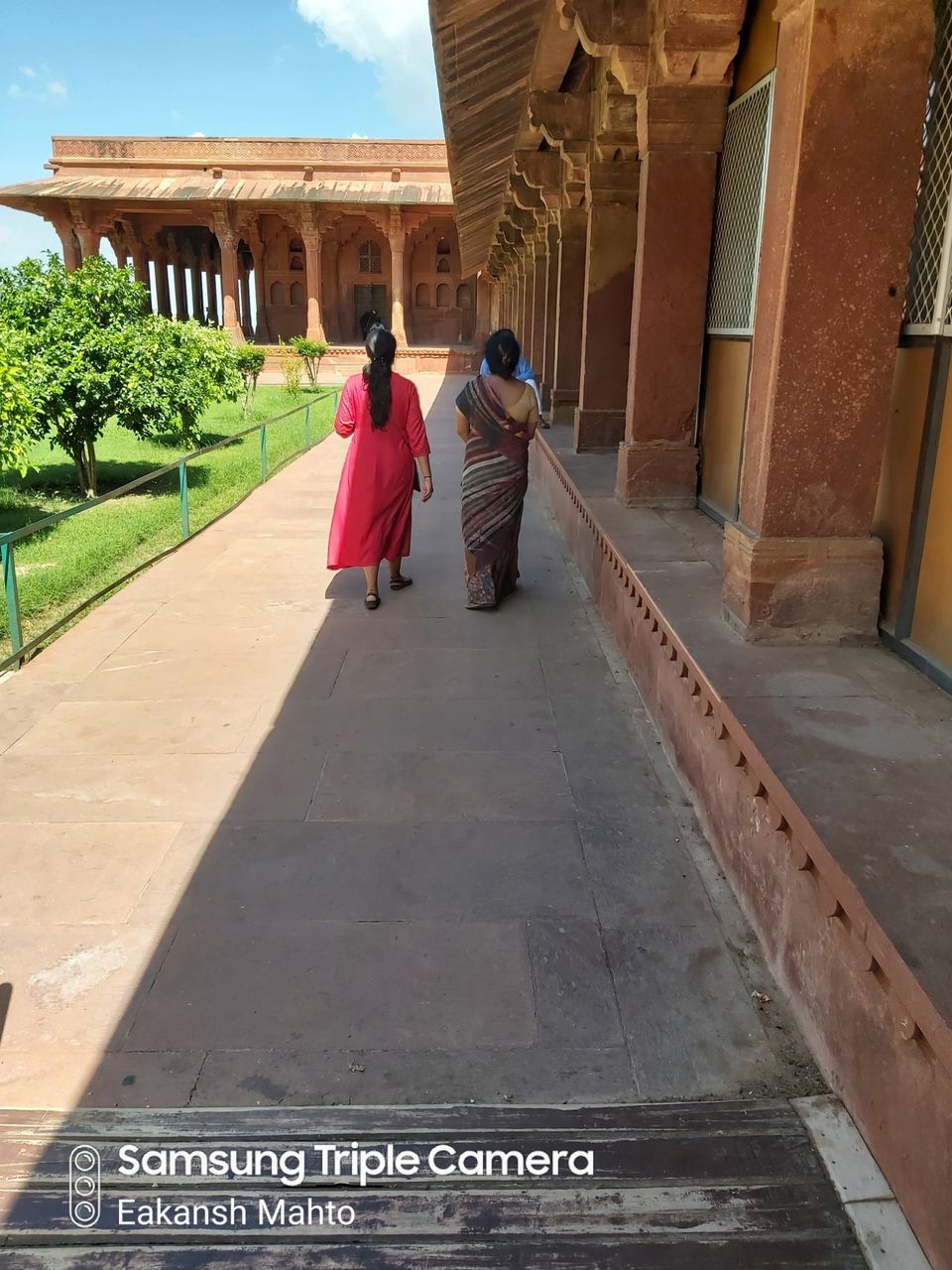 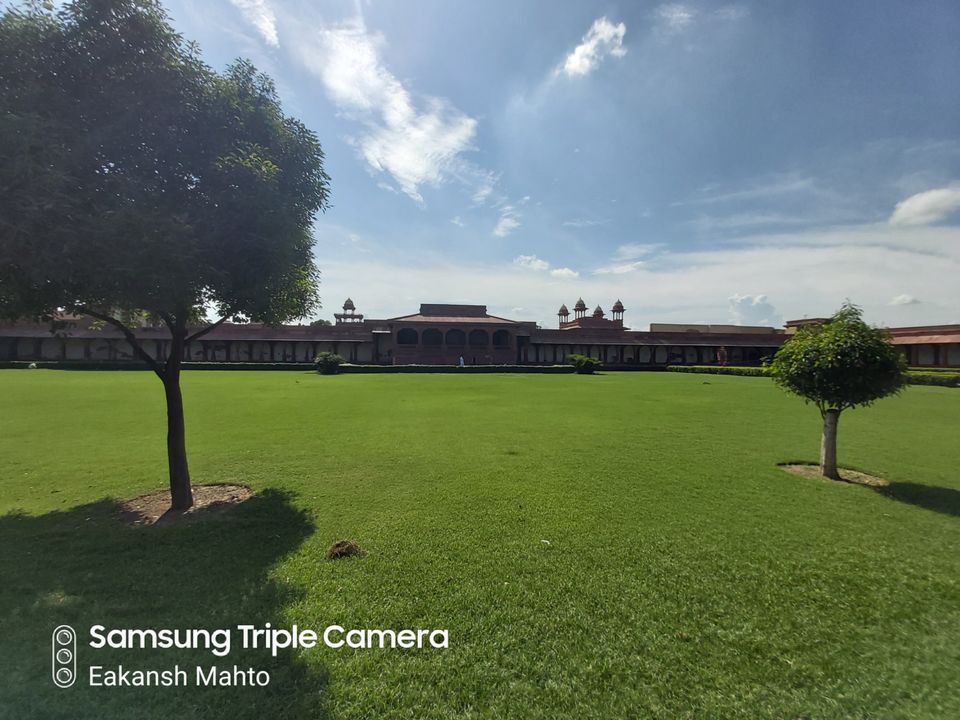