Almost all travelers who come to India visit the spectacular Taj Mahal. It is the most romantic symbol of love in the world. The art and architecture are mesmerizing and leaves a never ending impression on your mind. In one day you can rent a car, take the expressway and reach Agra from the capital Delhi which is going to be your first stop in India anyways. Here’s how to spend 24 hours in and around Agra which is in the Uttar Pradesh in the state of India.

Even if you have gone through hundreds of pictures of Tajmahal on the internet, this place is a must visit because the real beauty of the place can only be captured only by experiencing it. Going to Agra feels like going back in time. The narrow winding streets lined with shops and small businesses are unique and picturesque- right out of a William Dalrymple book about India. The Old Town part of Agra is indeed so charming that you will feel as if you have stepped back in time – to an age of colorful architecture and a labyrinth of small stores and hawkers selling everything from antiques to kitsch souvenirs.

Rent a car and drive through the Yamuna Expressway. . You can rent a bus from redbus.com and also book a train ticket via irctc.com from Delhi City.

What to do once you reach there

The distinction between the two cities was immediate. From the newness of the developed Delhi NCR region to the quaint old world vibe of Agra, I couldn’t wait to spend a few hours exploring the city.

The best part about getting lost in India is you can always find somebody and ask for directions. Of course first you will try to find your way through GPS,which will inadvertently take you through the serpentine lanes of the Old town leaving you confused and frustrated. The best way is to ask the way from proper shopkeeper or a just hire a taxi for getting to Taj Mahal. So the first thing that you can do on reaching there is find your way to Tajmahal. You should visit Tajmahal in the early morning or in the evening.Plan to spend at least half a day inside the Taj Mahal Premises

But first here’s some trivia about Taj Mahal –

Always recruit a guide – If not for the information, hire him for skipping the long queues outside

Check ID of the guides without fail to avoid being scammed

The security is strict and visitors are checked for anything inflammable, food or metal objects

Photography is allowed and is free

Fatehpur Sikri is essentially an abandoned city with various architectural monuments. The place itself is a tomb of the saint of Akbar era – Salim Chisti. Hundreds of people throng the Fatehpur Sikri – Buland Darwaza complex because of the historical story and religious belief attached to this place.The story of the saint is that he gave blessings to Akbar for his 3 sons.  In return for the favor, Akbar built the whole Fatehpur Sikri city or the city of Victory for Saint Salim Chisti.The tombstone is enclosed by intricately carved windows with “Jaali “ design. The religious belief prevalent for this place is that if you tie a thread on the Jaali window and make a wish for it, whatever you wish for comes true. All that you have to do in return is offer a “chadar” at the tombstones. I found this story fascinating and wished upon a thread …Desperately waiting for that wish to come true now.

Fatehpur Sikri can be reached from Agra by taking a bus or hiring a Taxi as it is 37 km away from Agra.The entrance fee is 485 INR for foreign national and  50 INR for Indian Nationals.

The weirdest thing though was the kids in the complex reciting “shaayris” or short poems  in exchange for some money.

It is similar to “Turkish Delight”. It is a regional delicacy and delight for a human being with a sweet tooth. I went through my share too fast to take any pictures ;-).

If your tummy is up to it: I will just let the picture talk about the Sumptuous papad chat that I sampled from a roadside vendor in Fatehpur Sikri

If it’s only a day you have, then it’s time to hit the ground running! Don’t miss:

Breakfast at a Rooftop Hotel with a view of Taj Mahal 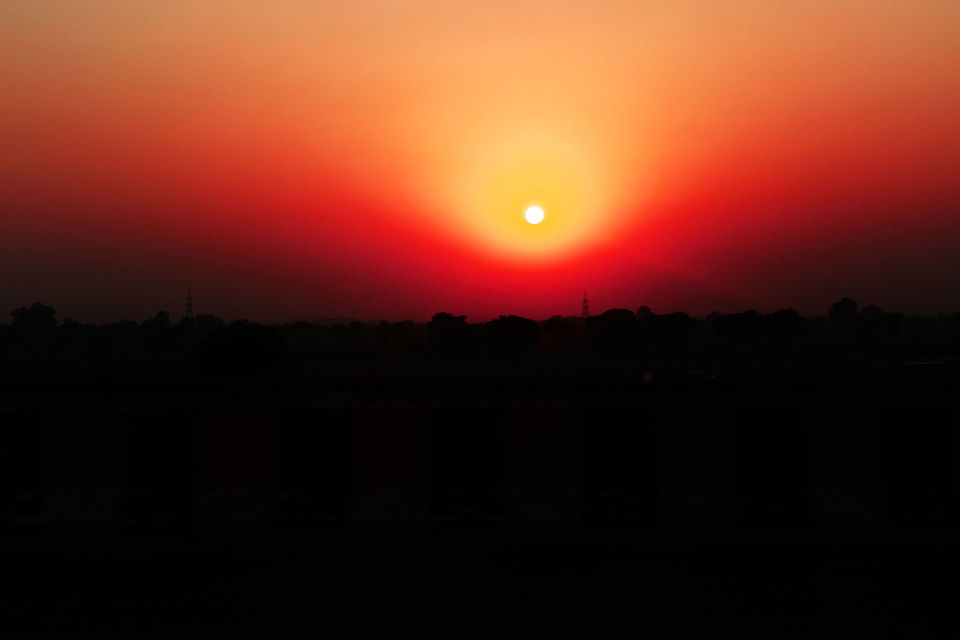 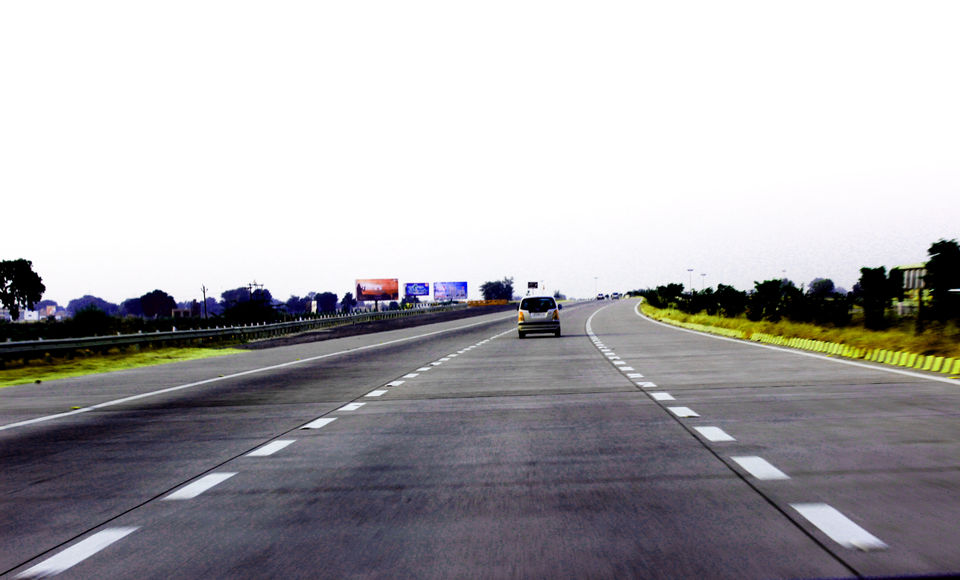 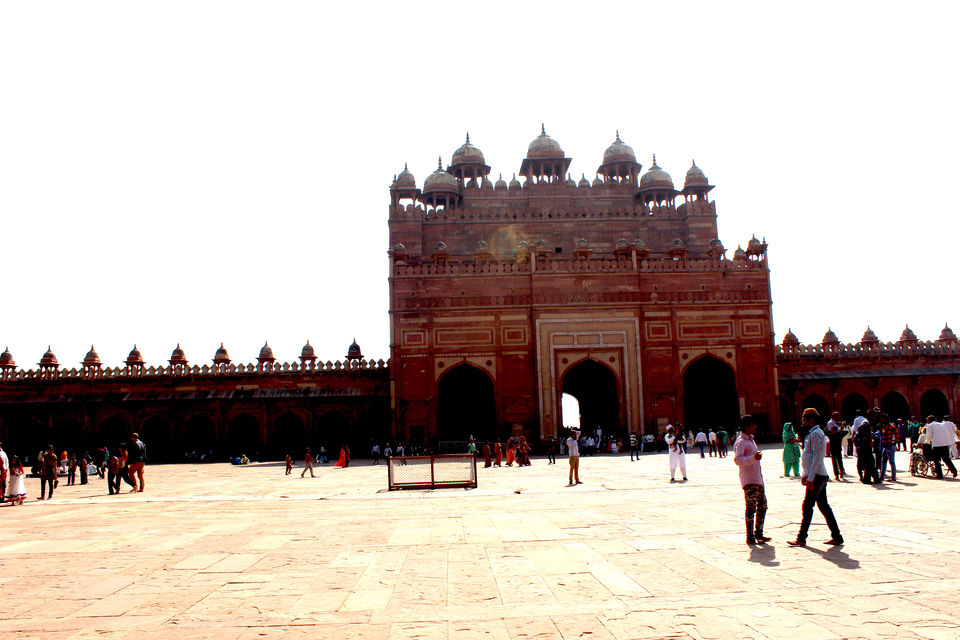 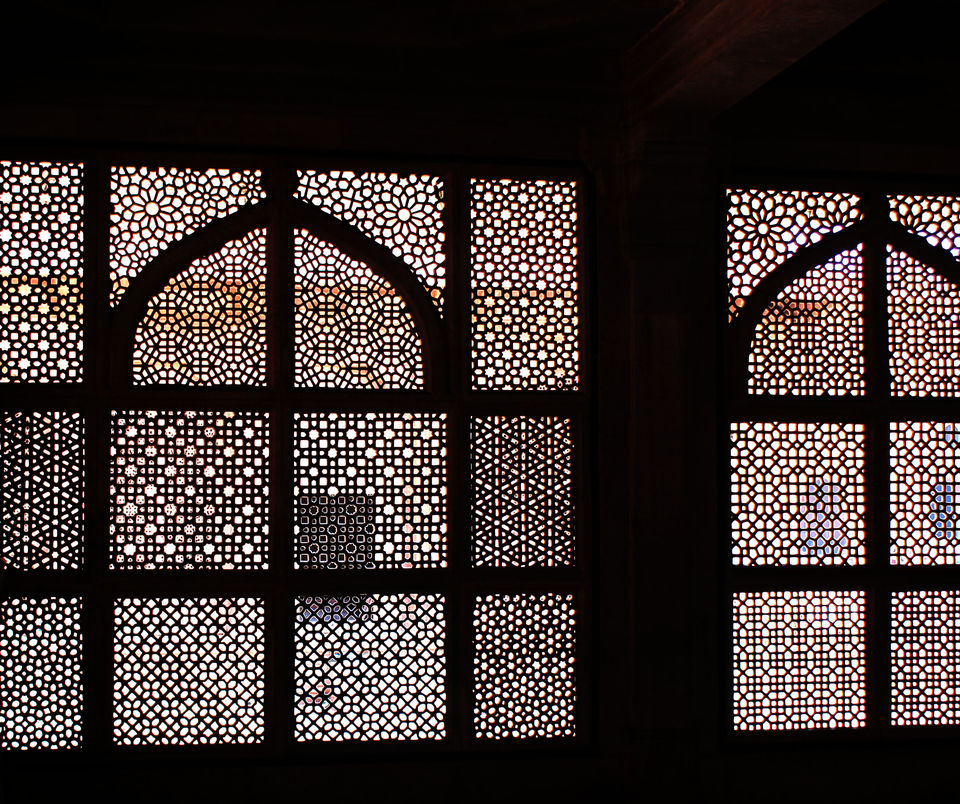 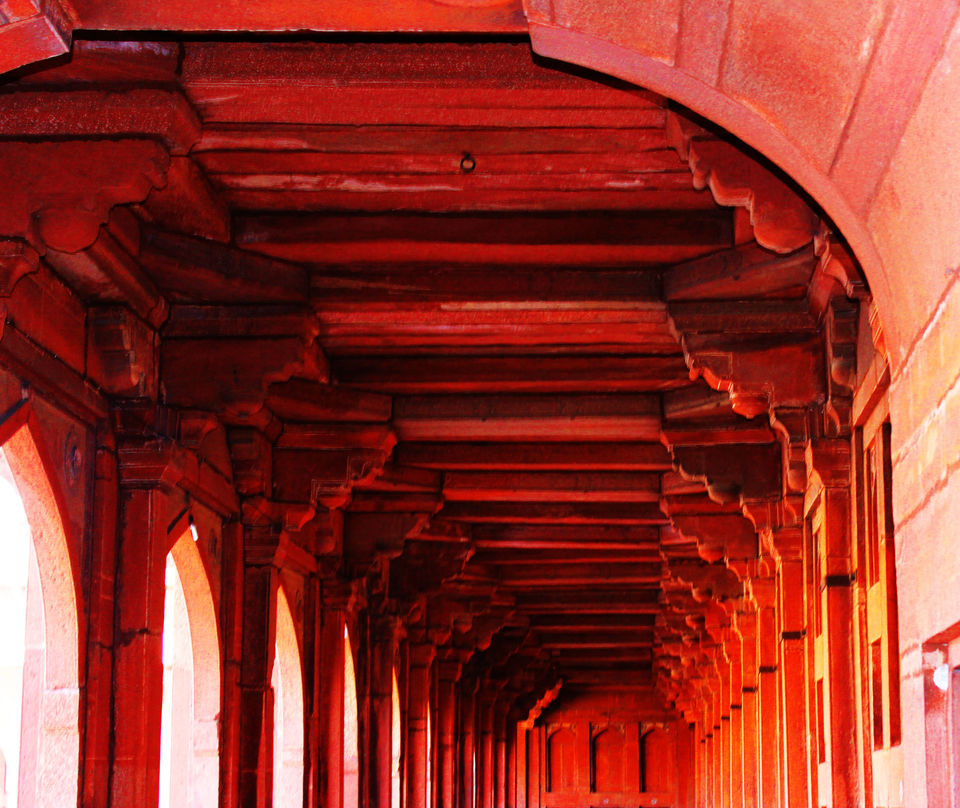 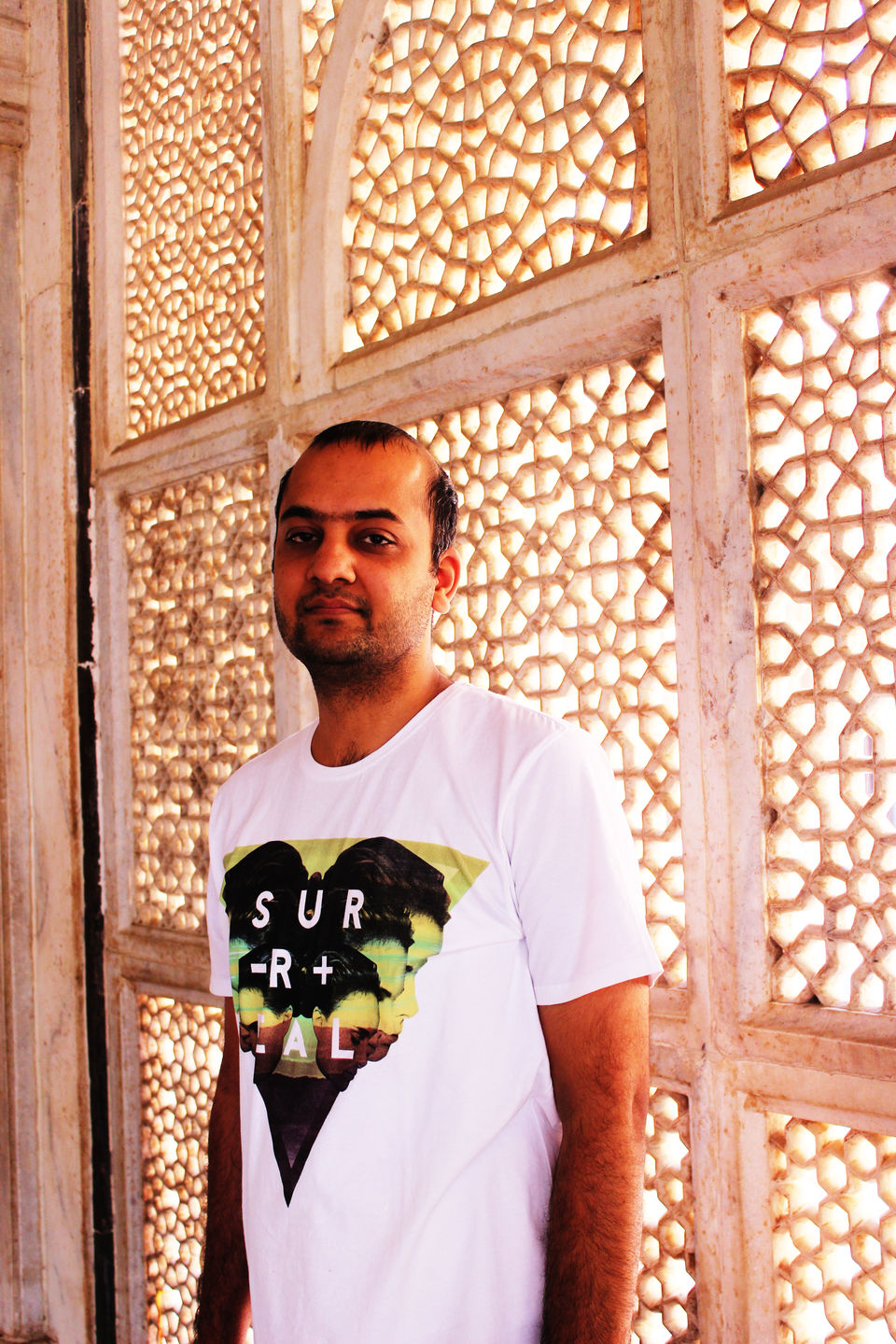 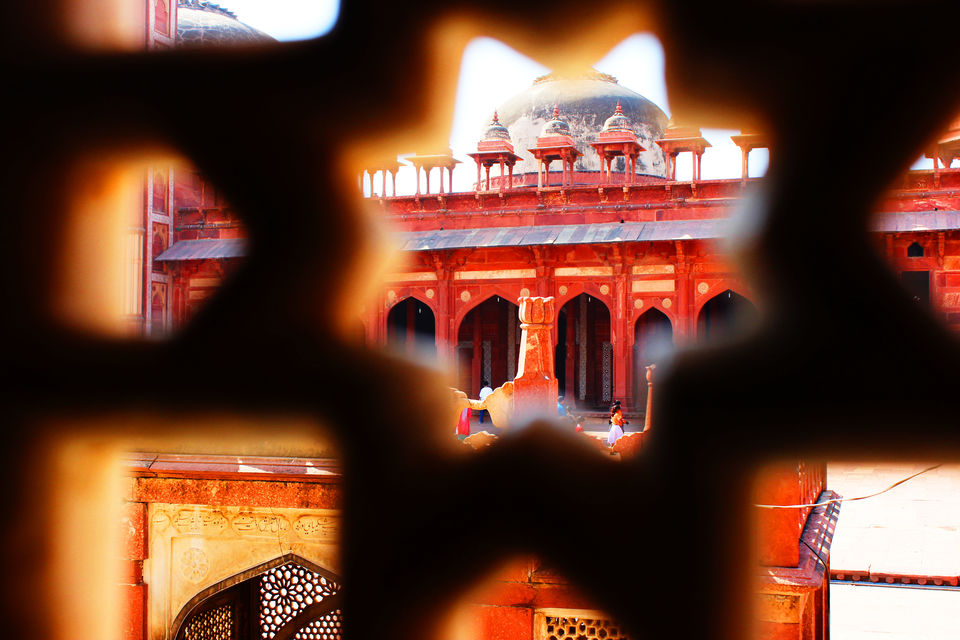 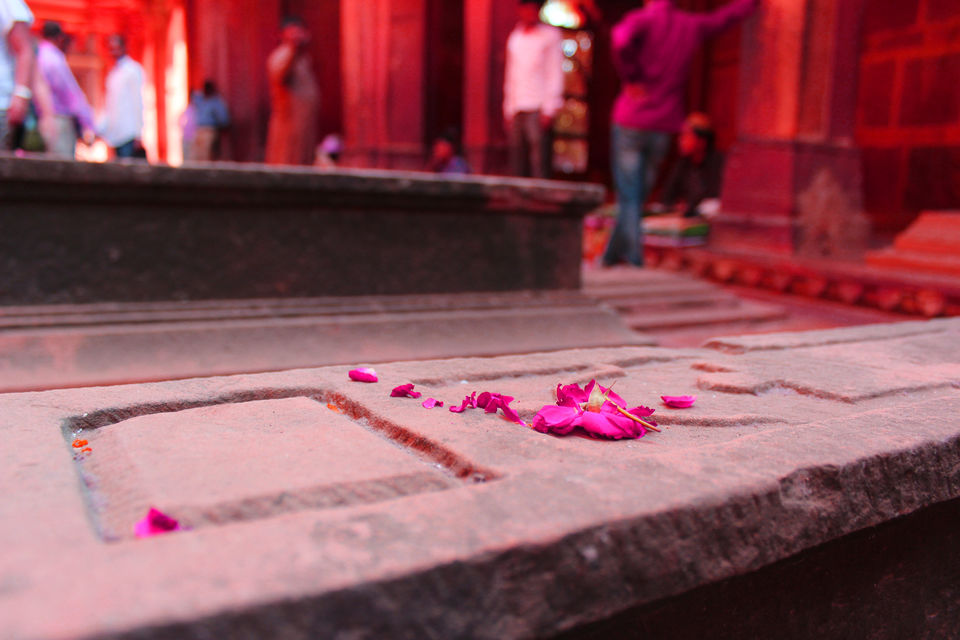 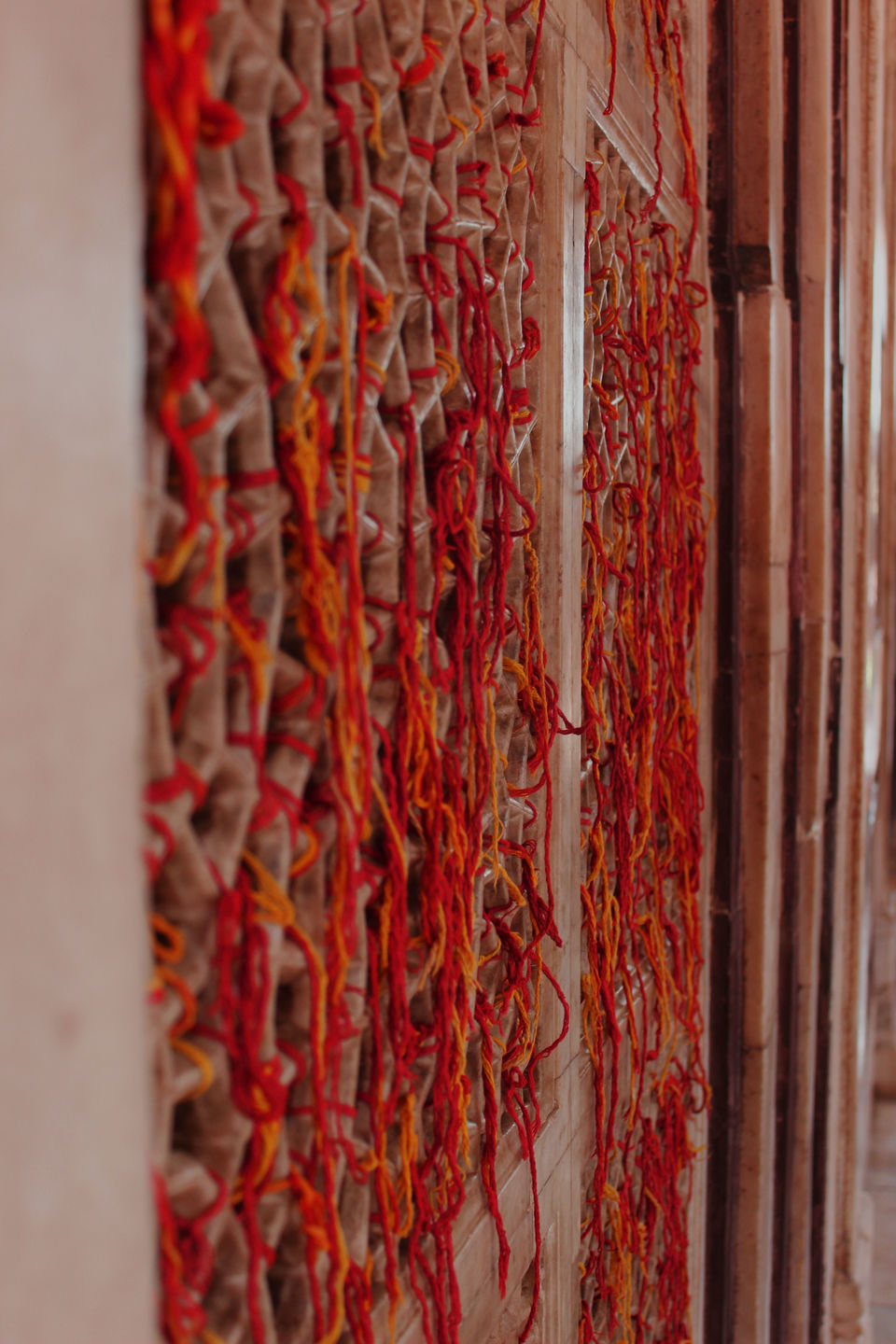 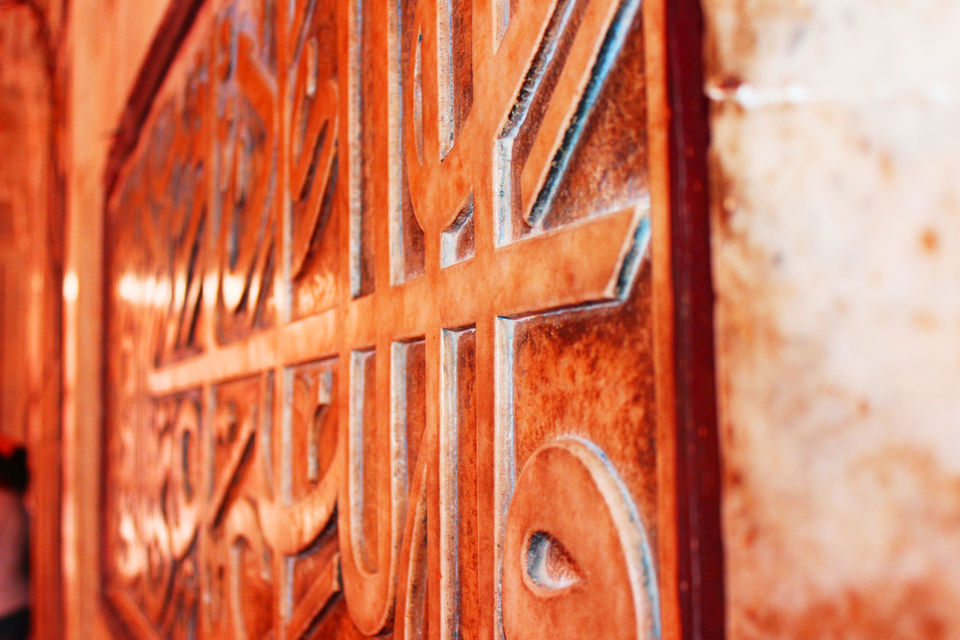 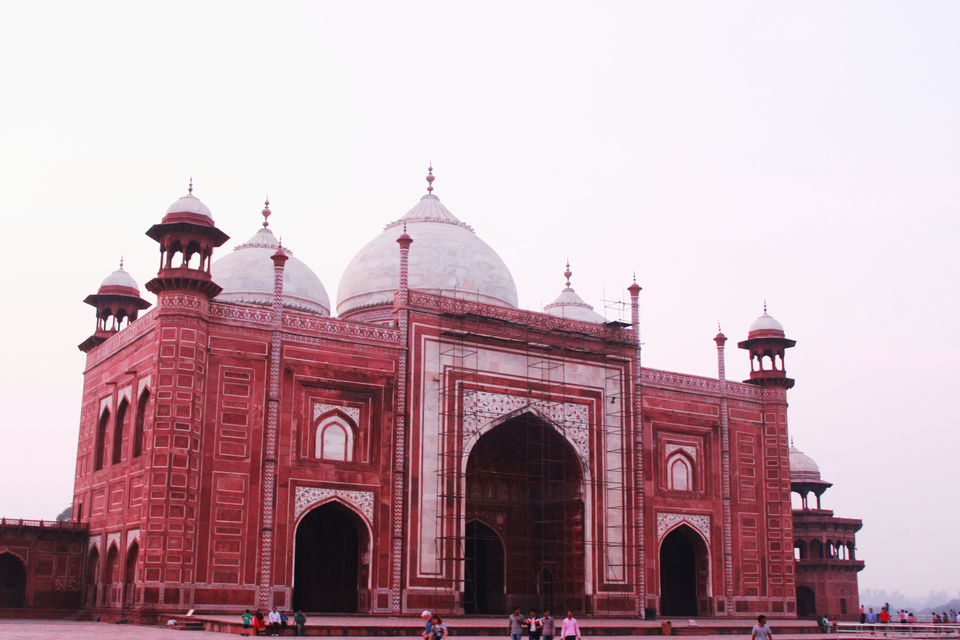 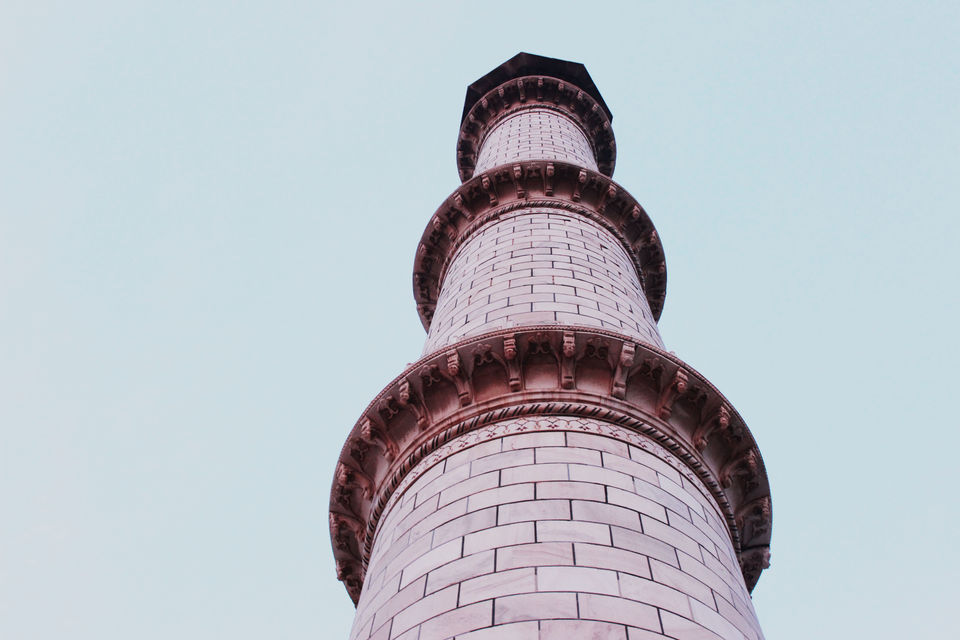 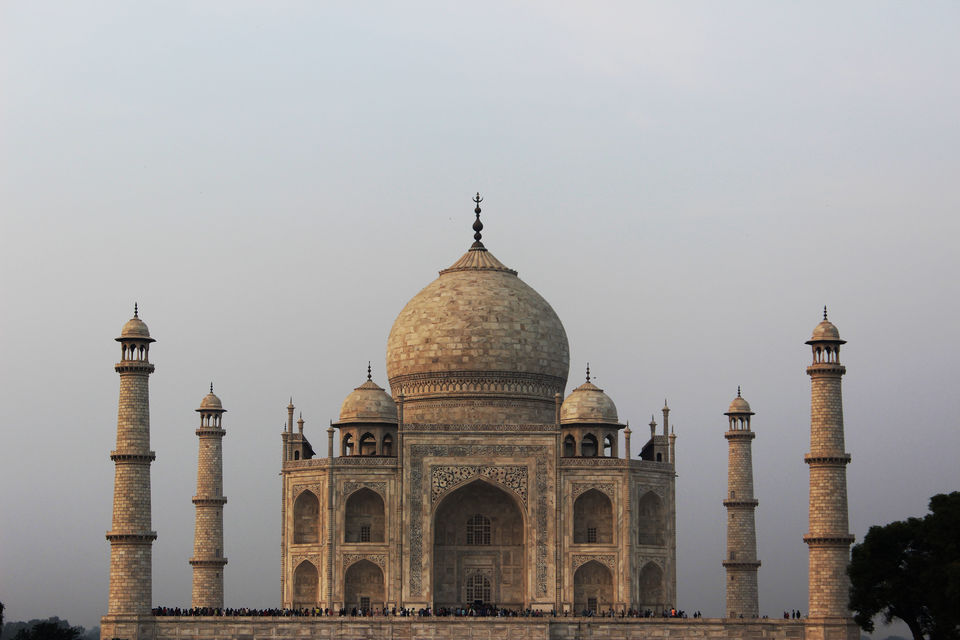 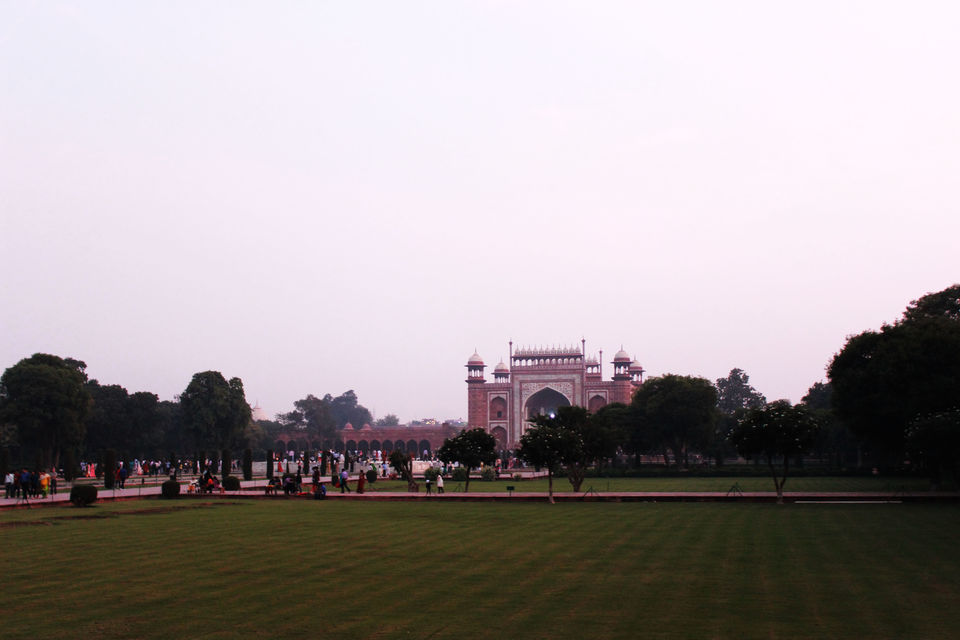