In the midst of all the sight seeing and food being consumed, i took a day off for a small detour to a project that i have been keenly following since its inception in 2004.

Having been to a few conservation efforts and rescue centers around the world, my love for turtles was nurtured during my formative years with my grandparents who had a land tortise called Jimbo at home. His size was nothing compared to this lovely specimen- A Hawksbill species, whose fin got caught in a fishing net. Its sad to know that all seven species of marine turtles found globally are listed as vulnerable to extinction, endangered or critically endangered.

This chappy is native to the Middle East and is listed as critically endangered with only an estimated 8,000 nesting females left worldwide, a man made threat indeed!

The Dubai Turtle Rehabilitation Project, based at Burj Al Arab Jumeirah and Madinat Jumeirah has so far seen the release of over 560 rescued sea turtles back into Dubai’s waters.  If you can't grasp how awesome these creatures are try one of my fulfilled bucketlist items- a scheduled dive with a sudden appearance of one of these majestic creatures.

They just glide right past you with soulful eyes that have seen the world with a blanket of sleep shrouded deep within them as they peer into your soul. I assure you, your hand would involuntarily reach out to touch them and they would graciously accept the affection 18 feet under the ocean.

Its our planet....each and every one of us has to do our part. 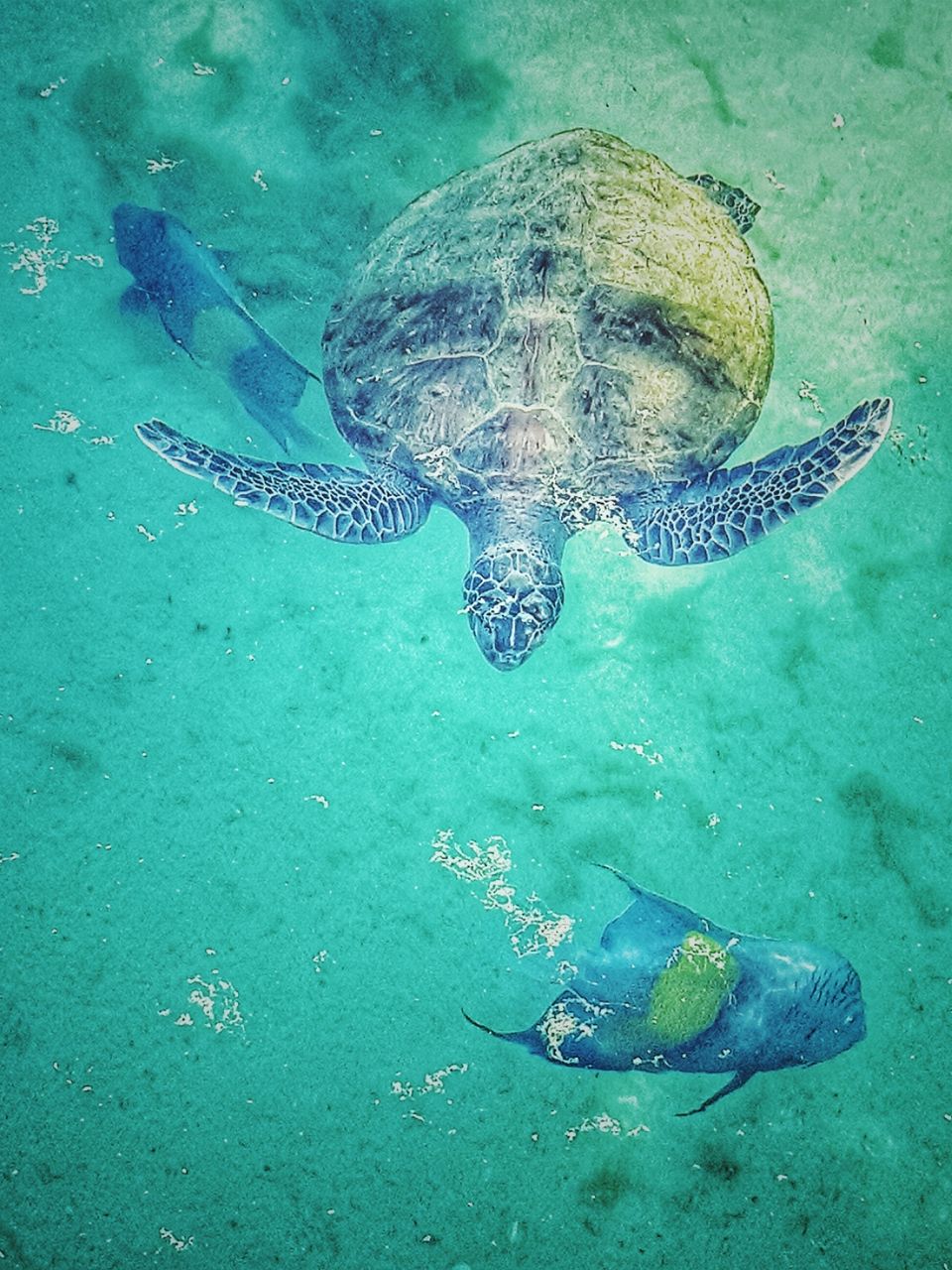