By The Himalayan Boy 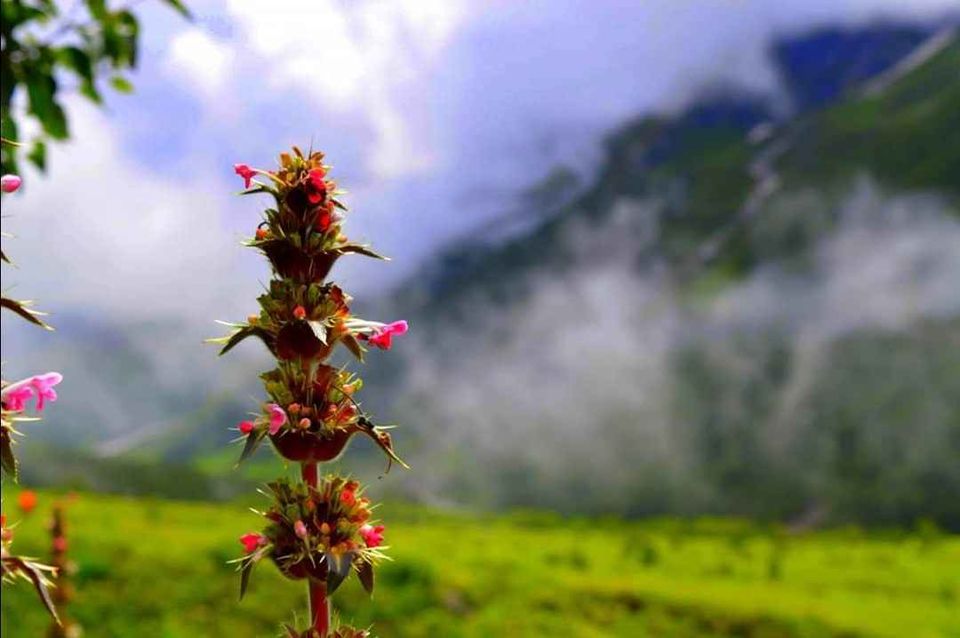 DAY 1 :- It was early in the morning when we (Three friends) reached Haridwar in the dark almost 3 am. So first we went to get fresh and then had our breakfast just outside the Haridwar main Bus Stand. Haridwar is not properly lit then and we saw many dark areas while going towards nearest Ghat which is around 1.5 km away from Main Bus Stand to take the blessing river Ganga Ji. After taking the blessing we went straight to outside main bus stand where private bus operators were calling for Joshimath and Gobind Ghat.

We got the bus straight to Gobind Ghat from Hardware(250+ Km) and he charged us Rs 412/- approx per person. The Bus departed from Haridwar at 5 am sharp and suddenly after few kilometers it started raining which was our fear as we saw the weather prediction of thunderstorms in entire Uttarakhand for next ten days on Google.

But this was my third trip into the mountains in monsoon season so I was aware of all consequences like landslides, road blockage etc. Hence I had already made up my mind for any situation. For me monsoon is never about bad weather of mountains but it’s about awesome weather and beautiful destination of mountains.

This time we didn’t carried too much heavy clothing we just carried our one rain coat and one light Jacket as necessary clothing. After the little rain in Haridwar our bus stopped for breakfast at few kilometers beyond Rishikesh at its typical location which is important landmark and memorable place for me every time I visit in this direction as lots of good memories of mine attached to this place.

After 15 min our bus left and we took some snacks from there. Then bus directly stopped at Karanpryag late in the afternoon where we took some apples as I was feeling very hungry. After that at Joshimath driver told us to sit in other bus which was going to Badrinath, Govind Ghat was approximately 22 km away from Joshimath. We left Joshimath in other bus but after half of the distance the bus got punctured and we again had to wait for another 20 min due to which we reached Gobind Ghat at 7.15 pm.

The Bus left us on the main road and went towards Badrinath. From the main road we decided to go down side road towards Gurudwara as the rooms there were highly exorbitant on the main road. We firstly asked in the Gurudwara where Dormitory is free and separate rooms were being given at Rs 1100/- per night for three of us.

But we decided to search outside also and we found a decent room at Rs 500/- per night for three of us. Next we took a refreshing bath in cold water as it was become highly uncomfortable due to 14 hrs long journey of buses. By the time we were feeling highly hungry so we sat in the restaurant next to our guest but it was not up to mine expectations as food and prices both were unreasonable. That night we slept right after the dinner after the long tiring day.

Note :- There is no phone network beyond Gobind Ghat and there is only one ATM in Gobind Ghat which sometimes doesn’t work. So keep it in mind.

DAY 2 :- Next Morning in the dark around 5 am we reached near the bridge, from where we took shared cab for 4km till Phoolna at Rs 40/- per person. After 15min we reached to Phoolna from where we started our trek of 10km till Ghangaria or Gobind Dham.

It was early morning and we only had tea and Maggie for breakfast.Initial hours of trek are normally tough as body needs time to develop the stamina in new conditions. So initially one must start with slow and steady speed eventually the body will gain the momentum.

It’s a 10 km trek from Phoolna to Ghangharia which has steel sheds to escape in rain and dhabas to keep you energized.Initial half is up & down and later half is only uphill hike. But views of forest, river, waterfall and glaciers will keep you motivated.After starting at 6 am we reached Ghangaria around 12pm almost 6 hrs we took from phoolna to Ghangaria (10km trek).

At Ghangaria we found multiple guest house options but we found a decent room at Rs 400/-per night for three of us. There is Gurudwara option also available if anyone want, prices are not known.

After keeping our bags in our room and having power nap for a while we went towards little exploration of town. Ghangaria is well developed town with lots of accommodation options (Even Camps) and food options. It has a Valley of Flowers documentary hall too which shows 25 min documentary @ Rs 40/- per person after 4pm.

Ghangaria don’t have any mobile connectivity and ATM. But it has full nature connectivity with beautiful water fall and mountains.

After walking uphill, watching documentary and having awesome dinner we came back to our room with the dilemma of how to complete Hemkund Sahib and Valley of Flowers in same day as we had time constraints.

DAY 3 :- Next day morning we went to different treks one for Sh Hemkund Sahib and two for Valley of Flowers.

The Valley of Flowers has a entry time of 7am-12pm , Rs 150/- per person entry fee and guards also check plastic carriage to count them and ensure the matching of count at the time of exit by keeping Rs 500/- as security. The day we entered into the valley of flowers, it was 600 people who entered into with us. From entry gate it is 4km away.

After few minutes walk into the valley of flowers we saw massive flow of pushpawati river coming from valley of flowers which we crossed with over bridge. After that there is 3 km complete uphill trek where we also found long queues of tourist facing different issues of stamina. Although it was truly tough in the morning time with sunny weather, we were sweating like hell during uphill hike.

After 3 km we found another bridge after which the huge field of alpine flowers becomes reality and we got mesmerized with the beauty of entire valley. This entire valley is spread in 10 km radius with elevation from 3100 mtrs to 6000 mtrs.

As we were walking into the valley, the clouds from Hemkund Sahib Ji also started coming. We almost walked beyond flowers of the valley where moraine structures started, so we stopped there started watching the entire valley and game of clouds. It was totally a fantasy, treat to eyes and extraordinary feelings.

We enjoyed there for almost one hour and had our lunch. After that at 1 pm we left from there and started coming back but till then the entire valley was covered with clouds and it started drizzling which slows us down as the route became slippery.

At almost 3 pm we reached back to our room then we took another round of power nap. After a while we again went out to enjoy the food and surrounding. That day we stayed in Ghangaria itself.

DAY 4 :- Next day morning we moved out at 5 pm from Ghangaria towards Gobind Ghat with 10 km trek and 4 km shared Jeep, we reached at 9.15 am at Gobind Ghat where we took our breakfast. After that we went towards main road where we found there is no bus till Haridwar available on that day.

Then we took shared cab till Joshimath then we again didn’t find any bus from there too so we again took another shared cab from Joshimath till Chamoli then again Shared cab till Karanpryag at this place we found four other people who also wants to go Haridware on same day but there was huge dilemma among all, by then it was 4.30pm and I was very hungry so I first decide to have refreshing Lassi.

After that we together arranged the shared cab from karanpryag till Haridwar for Rs 650/- per person which brought us at Haridwar at Midnight. From where we took our buses till our sweet homes. 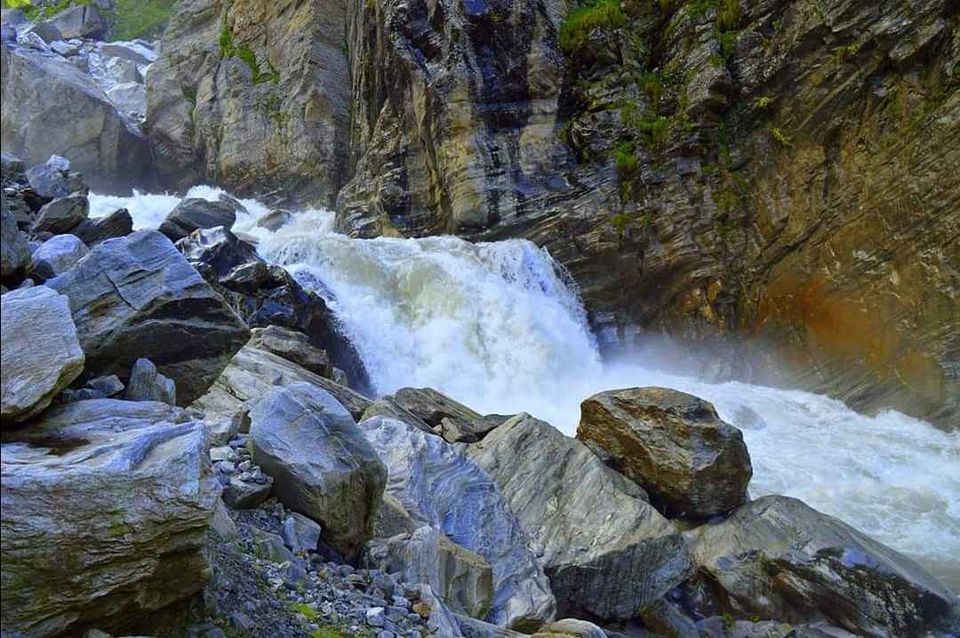 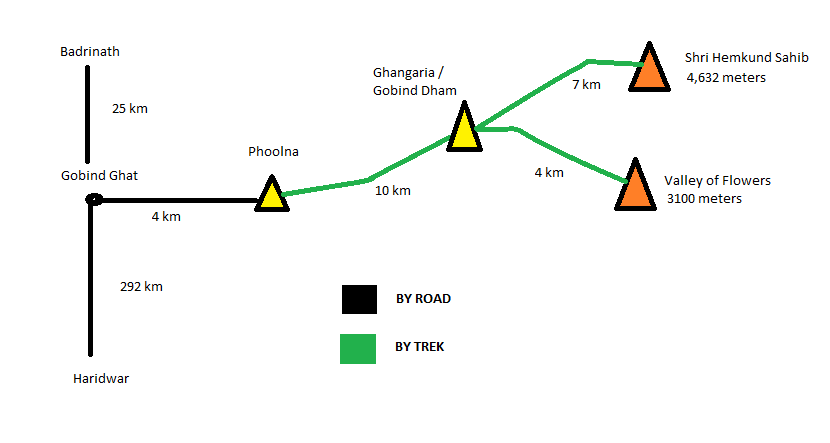 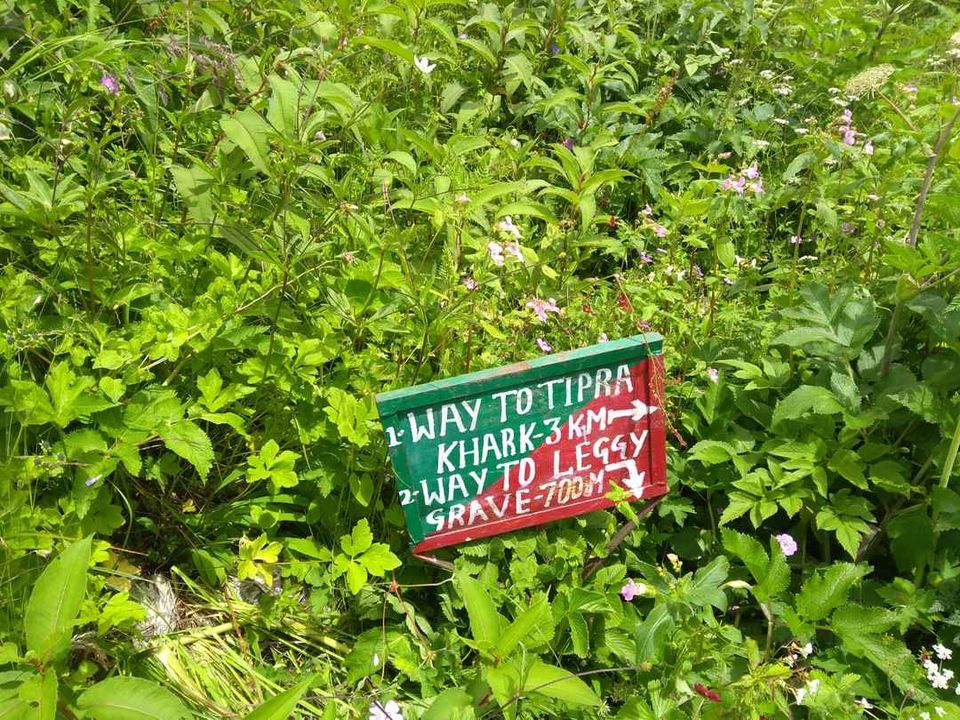 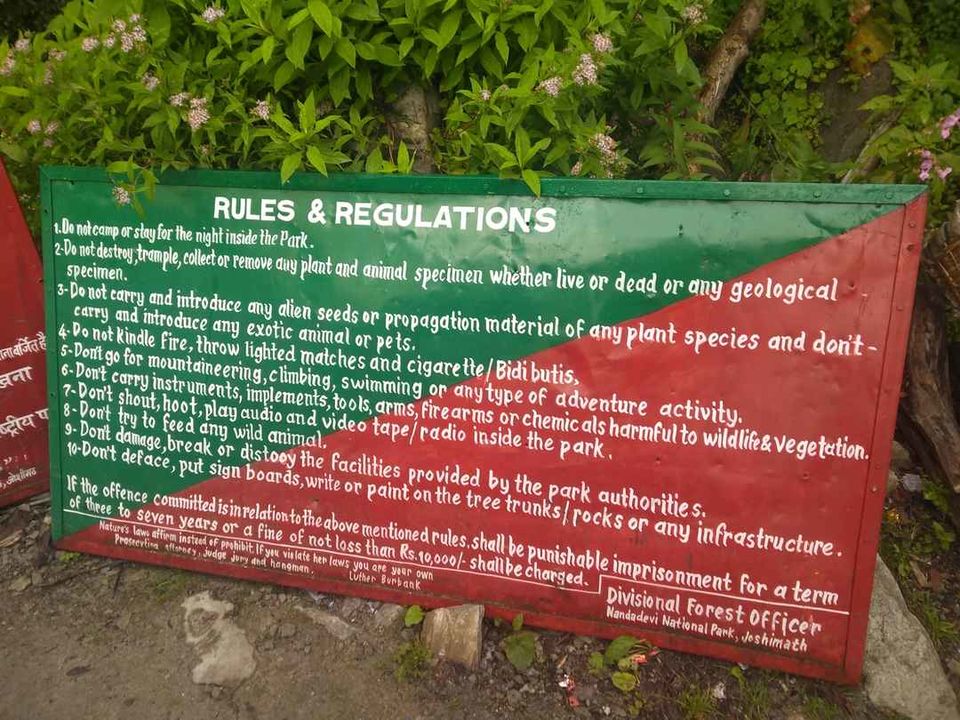 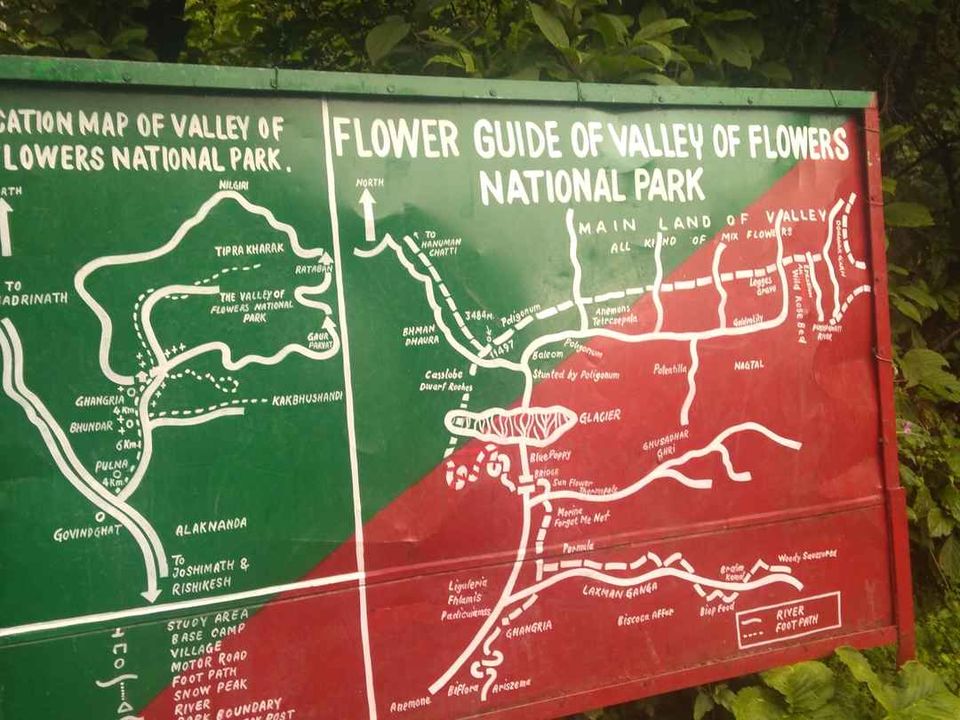 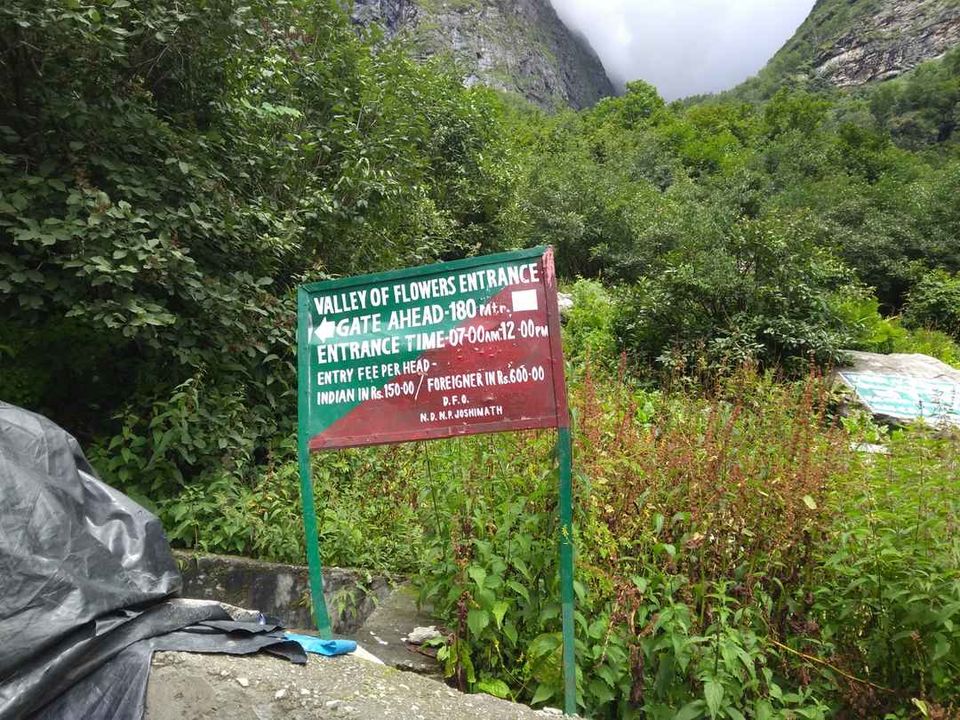 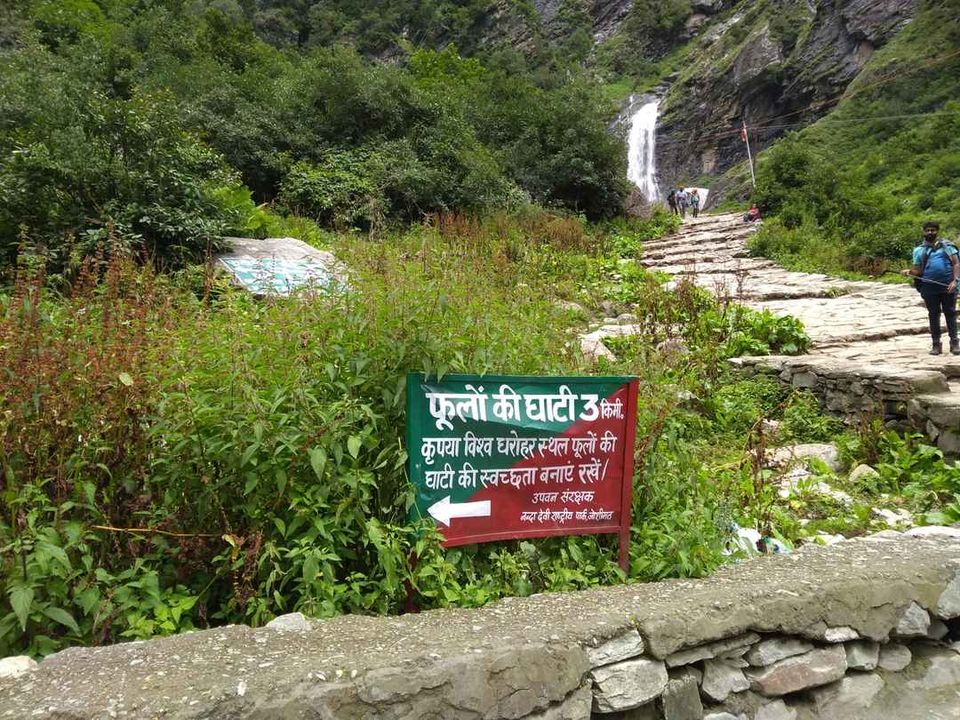 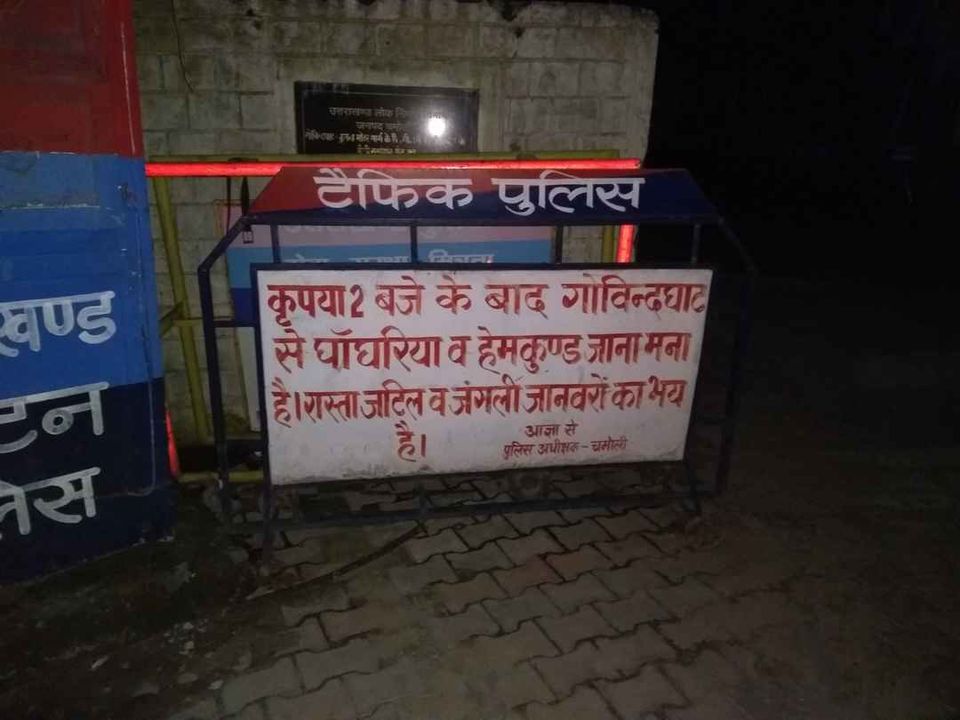