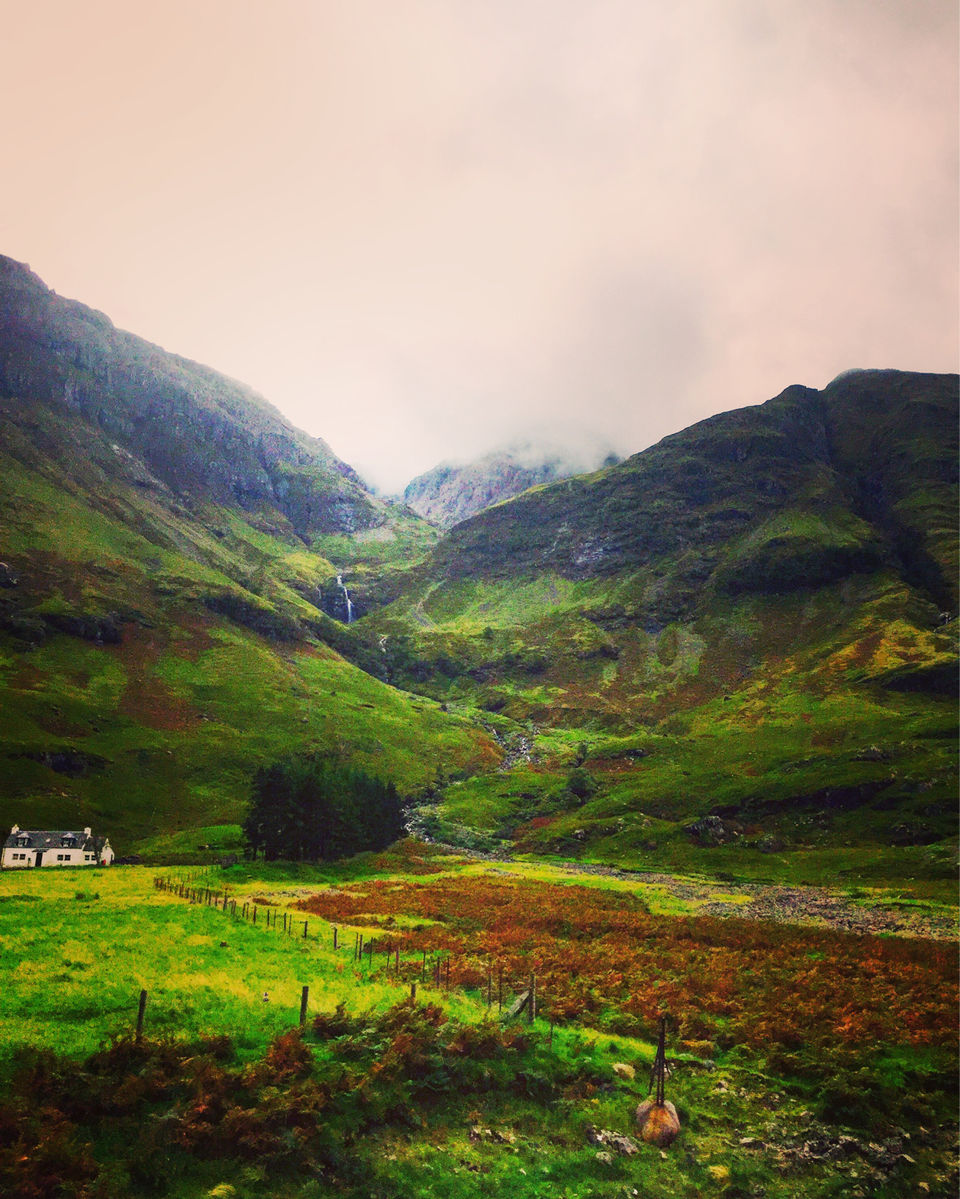 The best time to visit Scotland is in the summer. The months during summer especially June, July and August are very busy and are Scotland's peak season for tourism. It is mostly cloudy and grey, but if you are lucky you might get some dazzling sunshine.

Edinburgh or Glasgow would definitely be the major stay point. We booked a night in Fort William and a night in Inverness as well as we really wanted a very spread out relaxed trip.

Edinburg as a city is very beautiful. It is a must to walk through the city to the Edinburg castle and relax with a drink at some of the Scottish bars. I would suggest a day at Fort William to enjoy the markets and the breathtaking views. There are 1 day bus tours to Lochness and to the Scottish Highlands which is a must see. You can take the highland tour and come back to Edinburgh the same day or go further up and spend the night in Inverness.

The lush green Scottish Highlands have been a subject of many novels and backdrop of many movies. I have dreamed about stepping amidst the lochs and glens and be lost in a fairytale. I visited Scotland twice and I left my heart back there, twice. One of the most spectacular cities in Great Britain is Edinburgh. It transports you back in time to the era of castles and stone houses and battles and folklores. As I walked across the stone pathway the music of a bagpiper played in the distance and filled the air with a charm indescribable. The trip to the highlands while driving past Loch Lomond, Glen Coe, Ben Nevis is one that must be tried in a self driven car. Unfortunately I travelled both times by coach bus. I shall travel to Scotland once more to visit my heart that I have left behind, and that time I shall drive myself. In Scottish terms, Loch means a lake, Glen means a valley and Ben means mountain. The highlands comprise a canvass of these three. What the eyes see and experience in the highlands cannot be captured in a camera, or put in words. It can only be felt. It is love at first sight.

We stopped at Glen Coe which was once home to a powerful McaDonald clan. The story of the massacre of Glen Coe reverberates throughout the valley. The then King of England had asked for all clans to sign an oath of Allegiance to the King threatening them with reprisals if they did not sign. The order was set during harsh winter conditions because of which the leader of MacDonald clan did not make it in time to sign the oath. Although he signed it, his lateness caused the King to distrust his loyalty following which he ordered the entire clan to be killed. The task was assigned to the Campbell clan who were bitter rivals of the MacDonalds. The Campbells were welcomed to dine and shelter in typical hospitable tradition of the Highlands during the harsh winter. The Campbells lived and dined with the MacDonalds for several days following which they finally carried out their orders and killed over 70 men, women and children, wiping out the MacDonald clan.

Every castle, ruined or standing in Scotland, narrates a story of war and betrayal. Standing amidst the quite valleys, staring at the the endless lake it is hard to imagine the blood and gore that the land has witnessed over thousands of years. Our drive took us past the ruins of a castle where Mary Queen of Scot was imprisoned for 19 years. Mary, Queen of Scott was crowned queen at the age if 1. She had a bitter life, full of tragedy and betrayal. She married twice and her husbands died of mysterious circumstances. She was betrayed by her nobles which led to her being imprisoned. She finally fled and took refuge with her cousin Queen Elizabeth of England. As Mary plotted to overthrow her cousin and take control of both Scotland and England, Queen Elizabeth discovered her intentions and had her beheaded. Mary’s son James VI became the King of Scotland and was offered the throne of England after Queen Elizabeth, which he accepted and became the ruler of both England and Scotland. Mary’s dream thus eventually came true after her death through her son.

One of the most famous Lochs in Scotland is Loch Ness. Legend says that a giant sea monster named Nessie lives in this great lake. Many records of sighting has been recorded with sightings as resent as year 2015. Divers and scientists have researched for years but have not yet proved or disproved that the existence of this monster. Loch Ness has the greatest volume of water of all the lakes in Scotland. The water is dark and light cannot penetrate far. The lake has many caves underneath and it has yet not been explored completely. We cruised along the lake and kept a look out for Nessie but unfortunately (or fortunately) did not spot anything unusual. On the banks of this giant lake stands the ruins of Urquhart Castle which was once a glorious and massive castle, but was blown up and destroyed in the 17th century to prevent Jacobite forces from taking over.

The gory history of Scotland and its glorious beauty of today cannot be summarised in an essay. It would take up volumes of novels to even attempt to give justice to its history. The best way to reminiscence the past is by indulging in what it produces with perfection in the present- single malt. As we sipped through the liquid gold mesmerised at the beauty of the highlands, my heart slipped away into the depths of the Glens and the Lochs. Maybe this is what Nessie is infamous for. It captures your soul. 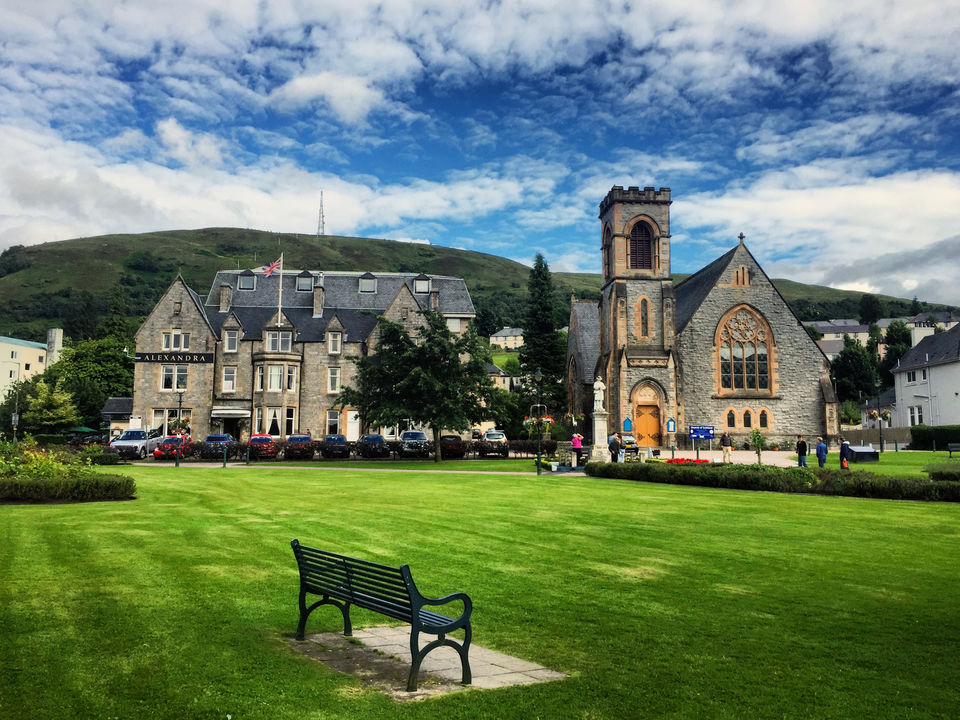 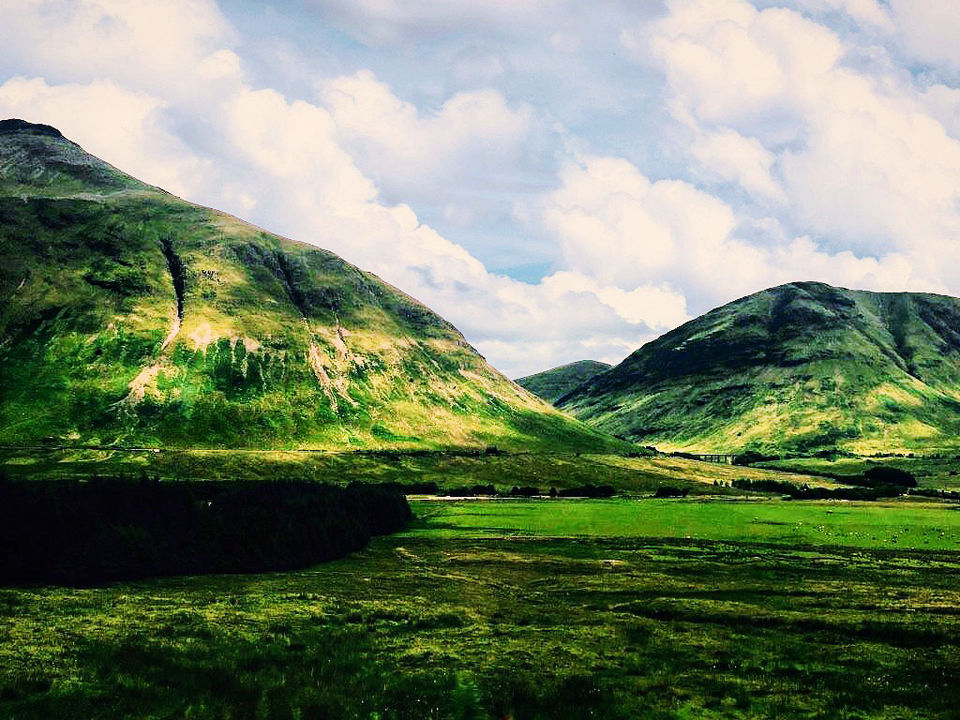