The city of romance! 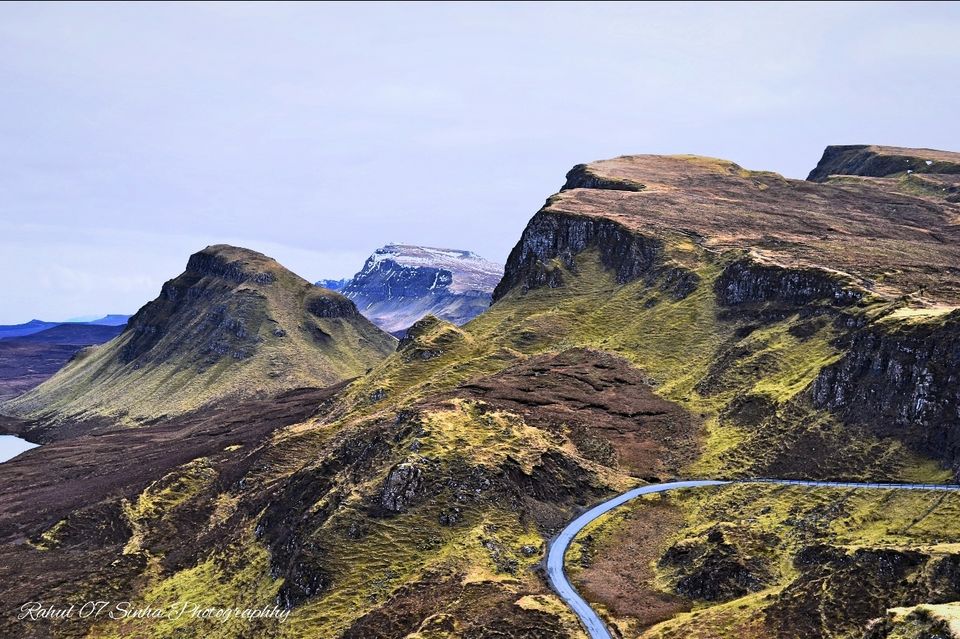 When I say 'romance', which places comes to your mind? Switzerland, Paris, Maldives, Mauritius? These are the names that would pop up in any google search as well. Infact I also knew the same till March 2018 when a sudden holiday plan led me to Inverness.

A travel freak that I am, I could not resist a chance to roam around UK in the early weeks of March when it was still snowing there. UK in winters would mean less tourists and since it was March, I hoped the climate would not be very harsh. Plus, this was my first visit in UK outside London and I always wanted to explore the countryside, Scotland and the Scottish highlands. The scenic beauty of Scotland captivated me even before I was there to experience it myself. So here was the plan- land up at Manchester, indulge in shopping at Leeds, visit Edinburgh for a day and then stay at Inverness for 4 days to explore the city and the highlands.

When I reached Inverness, it was a bright sunny morning. Inverness is the largest city and cultural capital of the Scottish Highlands. My driver took me to the hotel which was my home for the next 4 days- Hotel Columbia. This hotel has been set up in a 1881 property, overlooking the River Ness. The benefit of booking in an off season was I was able to get a room which gave ne a view of the River Ness and the Inverness Castle from the windows. It had the luxuries of a modern hotel but also had the charm of an ancient old building. The moment I entered the hotel, I felt Scotland would treat me well! I could see the streets in front of me..locals going about their daily activities in their usual pace, the church, the bridges, the shops, they were all right infront of my eyes. I have been in love with mountains, seas and oceans, but for the first time, I had fallen in love with a city, where I wasnt born.

As dusk arrived, the city lit up in beautiful hues, the castle glowed brightly, the bridge changed colour from purple to red to green as if they were all displaying their love to me. The dusk sky was so cheerful and lively. They made me feel warm despite the cold and made me thankful again for my life which is still worth living despite so many setbacks. I walked along the banks of river Ness, walking past the Inverness Castle, St Andrews Cathedral, little shops selling souvenirs and local food, crossing the suspension bridge, thinking how beautiful a city could be! I was right in the heart of the city with hundreds of shops, restaurants, hotels around me, yet it was so serene and peaceful. The people had an usual calmness in their pace and always cared to pass a smile unlike those in big cities like London, where people are always busy! Food being an important part of my travel stories, how could I not have the famous Fish and chips and Scottish whiskey from a restaurant nearby and wonder at the magnanimous castle that were right before my eyes!

The plan for the next day was to visit the mysterious Loch Ness, probably one of the most popular names in Scotland. I booked a cruise with Jacobite. It was a one hour cruise and informed about the history and mystery of the Loch. Strangely, people still believed in the Nessie monster and paid utmost attention to catch a glimpse of the monster. As the cruise went deeper into the lake, we could view the remains of the Urquhart Castle. The views of the lake were breathtaking and I couldnt resist capturing every single frame that my eyes could set on.

The next day was to experience the distinctive landscapes and breath-taking scenery of rugged hills, beautiful glens and numerous waterfalls that the Scottish Highlands had to offer. The beauty of Inverness was a surprise but I was expecting the highlands to take my breath away. After an extensive search, I finally zeroed in Happy Tours and booked an all day highlands tour with them. the tour guide was a very happy, old man and a Scottish local who was very proud of the beauty his city had to offer to the world.

The journey from Inverness to the Isle of Skye is an exciting road trip to take in some of Scotland’s most beautiful and famous places; we once again passed by the mysterious Loch Ness, the emotive and atmospheric Glen Shiel where a Jacobite battle was fought against the British Government in 1719, the legendary and dramatic peaks of the Five Sisters of Kintail, and the world famous and extremely photogenic Eilean Donan Castle. The tour guide stopped the car at frequent intervals to help us spot for wildlife along the way and we did spot some deer, wild goats, and highland cows.

And then there it was! The sea.. that would take us to the Isle of Skye. We crossed the Skye Bridge, which opened in 1995 and travelled through the Cuillin Mountain Range. We reached the picturesque harbour town of Portree to stop for lunch. Then we continued on the road trip to gaze upon where volcanic activity has left mesmerising natural landmarks such as the impressive Old Man of Storr. Its difficult to part with a beauty as mesmerizing as this and difficult to describe too, perhaps the pictures would tell you all. I felt I belonged to this place, my wild untamed soul resonated the surroundings and got entangled so beautifully! The phenomenal views at the Quiraing would make you feel alive and blessed. It is one of the most beautiful landscapes in the Isle of Skye. It is vast, colourful and mysterious.As part of the Trotternish ridge it has been formed by a massive landslip which has created high cliffs, hidden plateaus and pinnacles of rock. We then proceeded towards the distinctive pillars and beautiful waterfall at Kilt Rock, with views across to the Torridon hills on the mainland. I returned to my "home" in Inverness in the evening after having tested some awesome local whiskey and cookies.

After the 3 day stay in Inverness, it was time to bid adieu to the beautiful city. But the Inverness and the Isle of Skye provided an air of romance and mystery that would make you cherish the memories long after the journey is over!

P.s. I had not written much about Leeds, Edinburgh and London which were also part of my trip because Inverness and the Scottish highlands won hands down in the battle to woo me over! 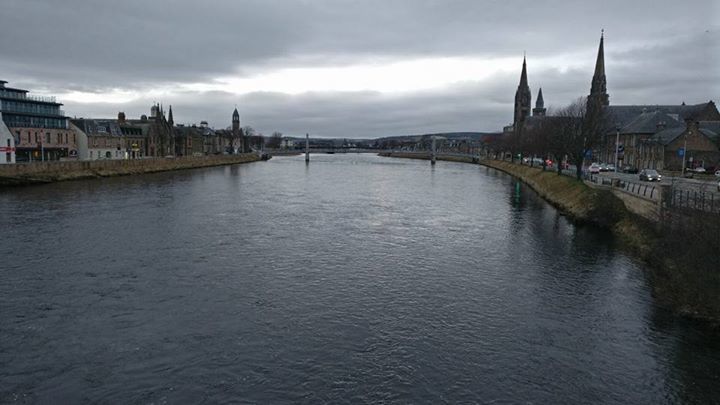 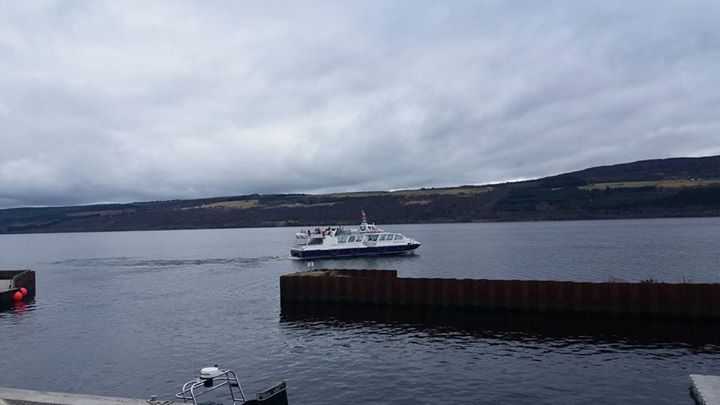 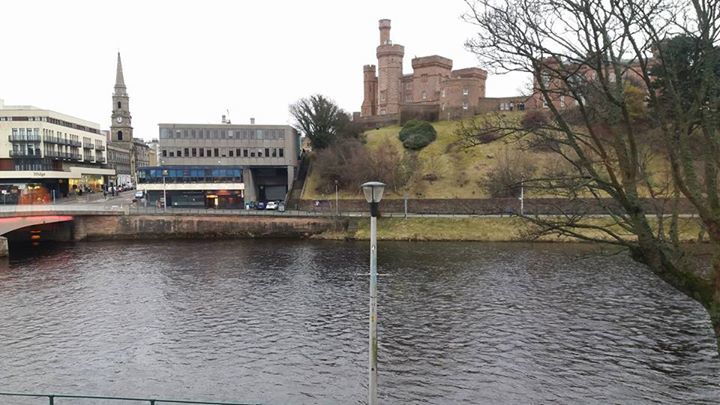 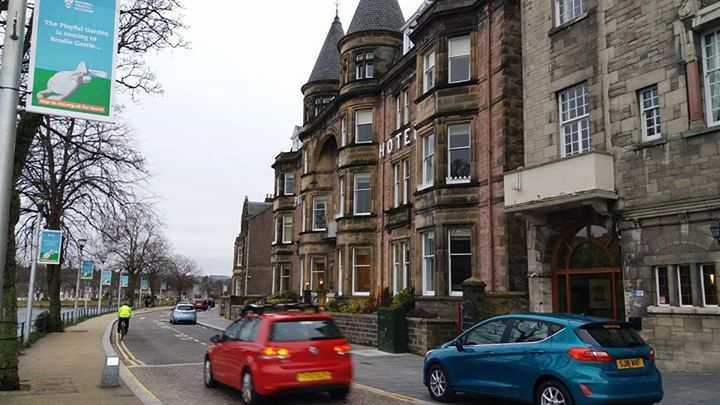 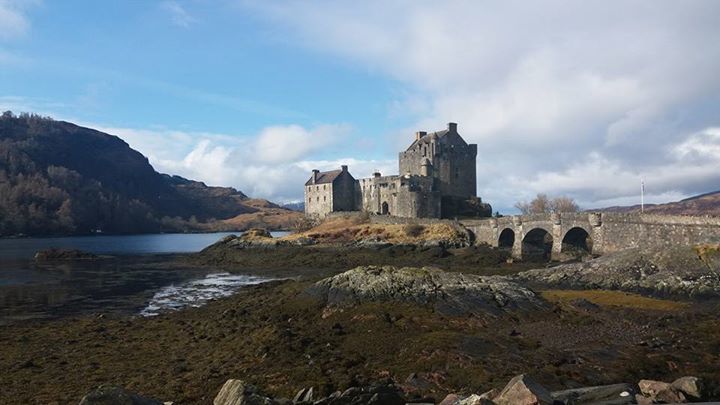 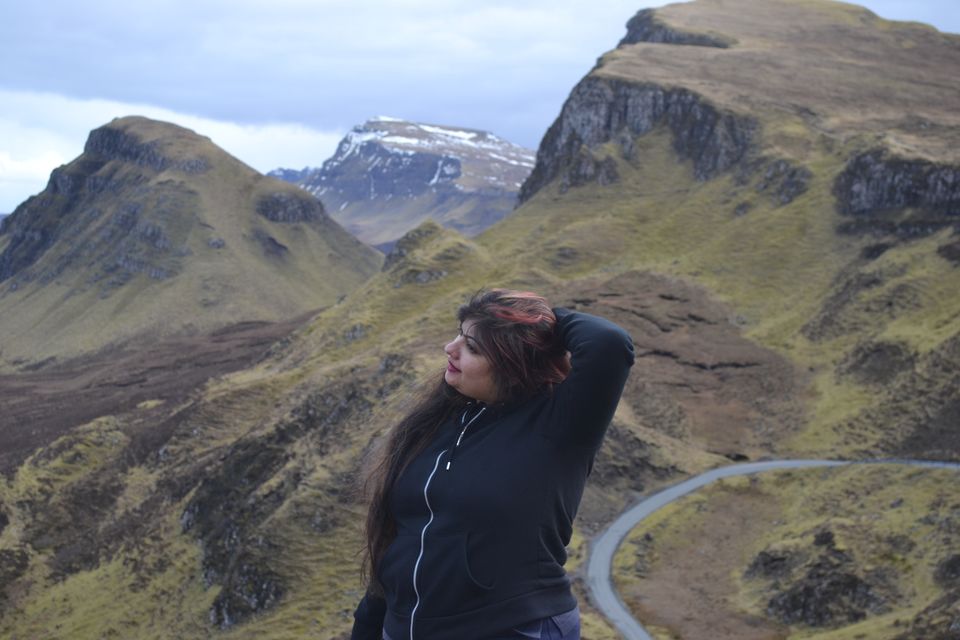