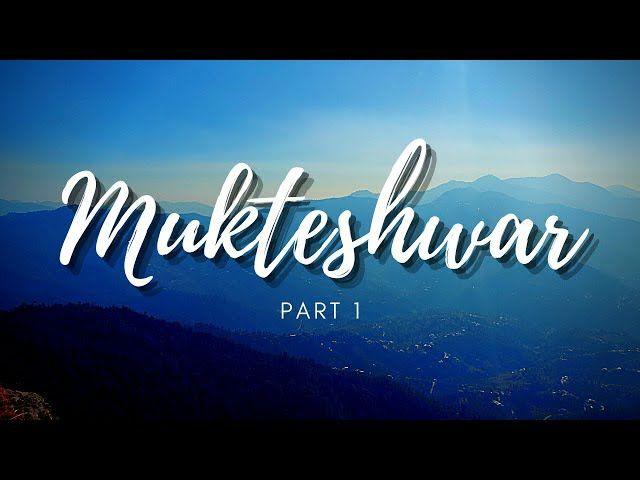 So today I will be discussing with you about my trip to Mukteshwar from Delhi, NCR . It was a small and quick trip away from the chaos of the big city. We took my little car Alto 800 with us on this trip. We started our trip around 8 am in the morning from my home in Greater Noida (W). It was a nice ride we got on to the NH 9 and traveled up to Rampur. From Rampur we took the Nainital road through Haldwani. After crossing Haldwani we got the first sight of the hills. Once we reached the Highway we followed NH 109 till Bhowali and from Bhowali we took the road towards Ramgarh and Mukteshwar. In total it took us around 10 hours to reach Mukteshwar town.

Tip: Keep track of the GPS, because once you go off the route it doesn't asks to take a U turn but re routes itself and giving very long alternative routes.

We reached our OYO home stay around 2100 hrs, exhausted and hungry. But the pure winds of the hills were enough to make us feel fresh. The name of our Home stay was OYO Graceful stays @ around Rs 1000 per room per night. We booked 2 rooms as we were 4 people in total. The food was provided by the home stay staff, it was not included in our stay and we separately paid for it. Both veg and non veg options are available to choose from, we ordered veg food, and the food felt like heaven after the long drive. As we all were tiered we went to sleep just after the dinner.

Tip: Our home stay was 15 km away from Mukteshwar town, so if you don't have a personal vehicle books something close to the bus stand or the temple road.

Next day we woke up early as the owner of the home stay had told us that we can see the sunrise and the snow peaks from the hill top in front of the home stay. So we did the same after waking up we went for a short trek in through the apple orchids. Finally after walking for half and hour we reached the view point, due to hazy weather the snow peaks were visible but were not clear as we expected them to be, but it was amazing to watch the sun rising from behind the mountains. We clicked many pics few for insta stories and few for DPs.

Tip: Carry some thing to cover our head because it gets pretty cold during that time of the day and it could lead to headache.

So after coming back to hotel we got freshen up, took bath and were ready for the amazing combination of Chai and Parathas in hill station as our breakfast. So after filling our bellies and getting ready for the day.

Today we were going to visit the famous Mukteshwar Dham a Shiva temple. So we drove up to the temple on the way enjoying the beautiful views of the valley and mountains. We reached the temple after a drive of around 45 mins we were driving slow as we did not have much experience of driving on hilly roads. 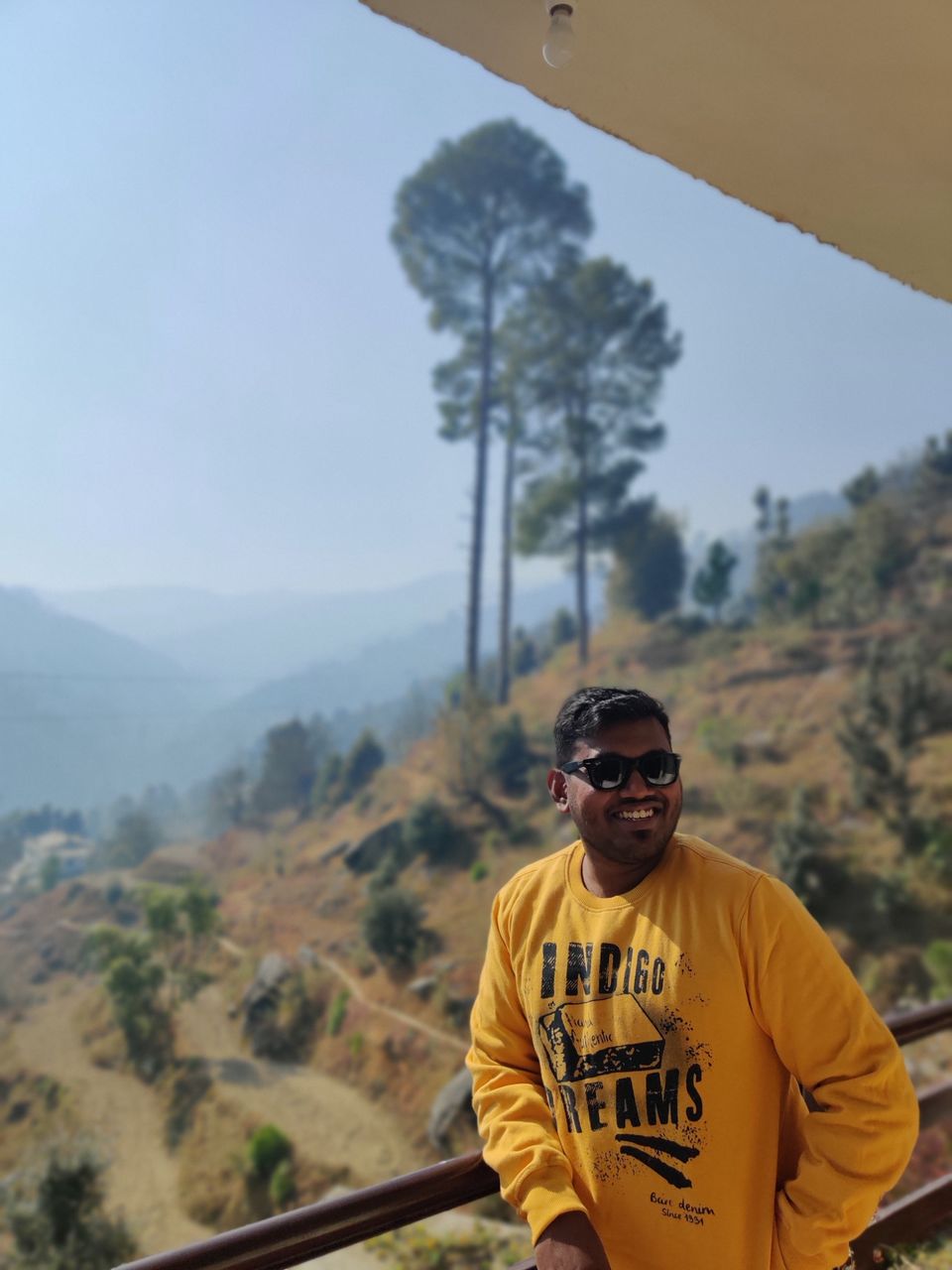 The Mukteshwar Dham is an ancient Shiva temple believed to be from Vedic ages. The story associated with the temple goes like, as the Pandavas were sent for agyatwas ( sort of exile) the prayed and worshiped to Lord Shiva before going for their exile in the forests of Uttarakhand to achieve Moksha. We offered our prayers to the lord and wished peace and safety for all.

The temple is located at the top of the hill, which provides an amazing 180 degree view of the valley and the sun shining on it. The area is covered by Deodar tress, huge coniferous trees. It is one of the must visit places in Mukteshwar . Checkout the videos to get a feel of what I mean.

After visiting the temple we headed to another near by attraction called Choli ki Jali, to reach Chauli ki Jali we followed a small trail through the deodar trees and reached the location. It is a huge rock, protruding out of the hill on to the valley. The rock has a small hole. This rock also has a belief associated with it, the locals believe that if the ladies who who have difficulties in getting pregnant, pass across this hole on Shivratri or on Mondays while observing fast they will be blessed with a kid. Also may of the pass through the hole after the are blessed with a kid as a thank to the lord. 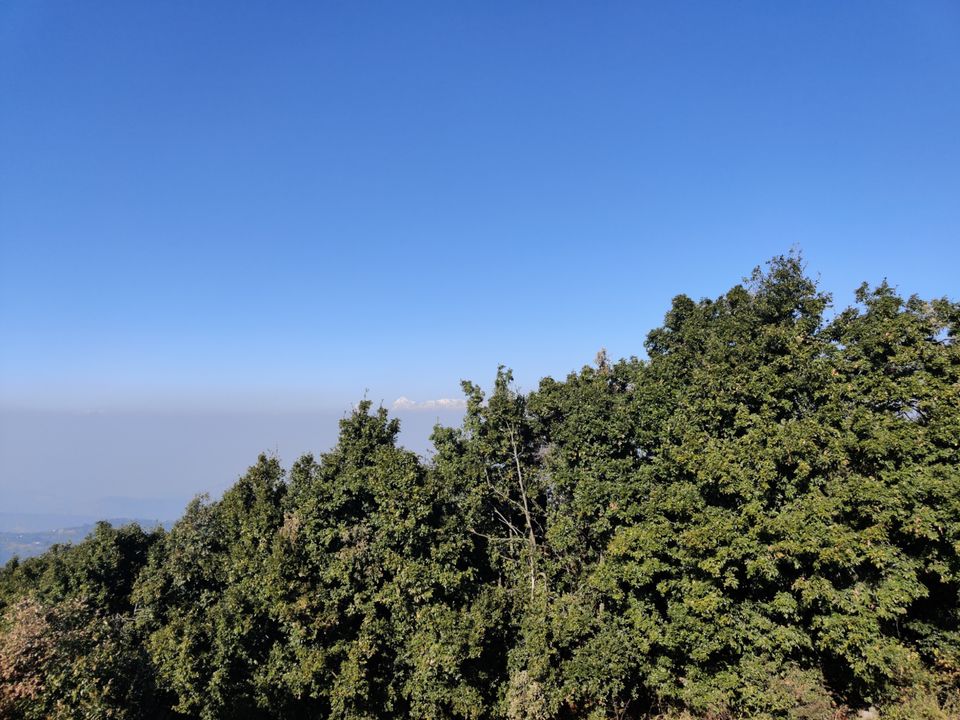 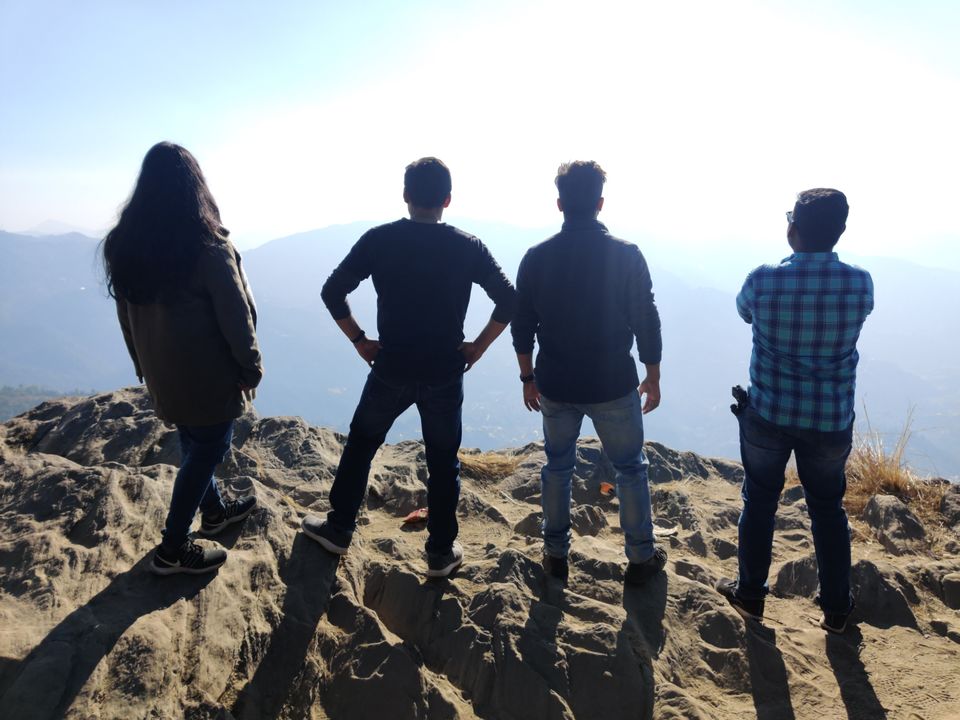 After enjoying the view we headed back to the town on the way back to the town is an cafe called Chandi Mati. It has a authentic pahadi vibe to it and serves authentic delicious Kumauni Dishes. We had the veg platter comprising Bhat, ragi roti and aloo sabzi with Kumauni Raita. In non beg we ordered Kumauni Chicken and Mutton with rice and roti. The food was outstanding . Its an must visit from my side.