Lonar Lake – The Hunt for the Green Lake 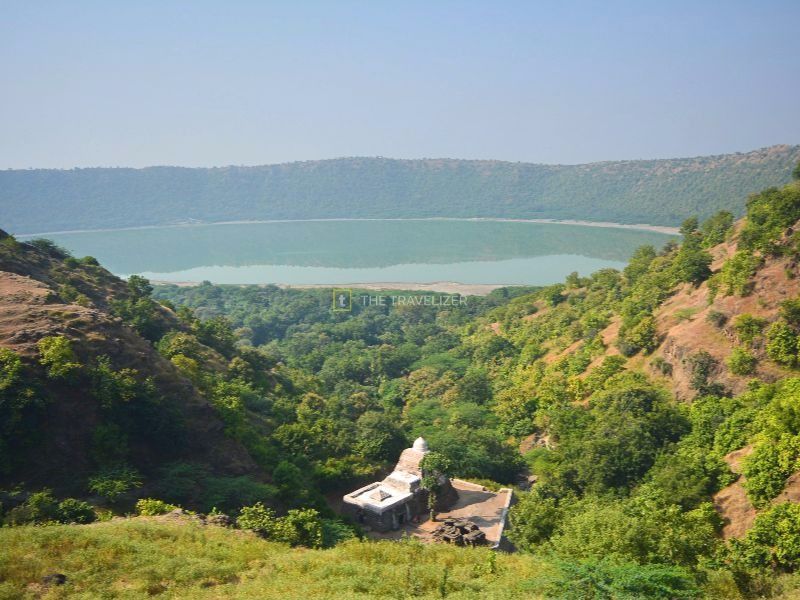 Day 1 (3rd Nov 2017): The shared auto-rickshaw outside Jalna railway station dropped me to the bus stand for Rs. 10.

From bus stand I boarded the bus for Washim (which is the best option as it drops you at Lonar bus stand itself). This particular bus’ frequency doesn’t seem to be good from the timetable I saw on the “Majhi ST” app. Jalna to Lonar bus ticket is Rs. 96.

Lonar is about 80 kms away from Jalna for which the bus takes around 2 and half hours to cover. Almost all buses take a 15 minutes halt at Hotel Amruta on the way which is a small food joint where you can have breakfast (poha) and tea.

The bus arrived at Lonar bus stand at around 8.30 am. I had planned to visit the Daitya Sudan Mandir first as it is just 700 meters away from the bus stand. The temple is an excellent example of a Hoysala style architecture. According to the mythology, Lord Vishnu as Daitya Sudan had killed a demon named Lonasura and hence the place got its name “Lonar”.

The temple is well maintained and the premises was kept very clean. A walk for few minutes from Daitya Sudan temple would take you to Limbi Barav – a step well which is a marvellous structure and a must visit spot (though I missed out on visiting it so couldn’t upload the images).

From Daitya Sudan mandir, I walked a mile or so and reached the Gomukh Temple (also called as Sita Nahani temple or Dhaar), which has a perennial stream under which people can bathe.

You may climb down the steps at Gomukh temple and reach the lake after a brief walk through the forest. Or you should probably head towards the View Tower if your primary intent is to capture the aerial view of the lake. The tower is about  1 km away from the Gomukh temple.

You may even hitch-hike and reach the spot. As you walk up till the View Tower, you would get to see boards put up to inform travellers about the presence of Leopards, Striped Hyenas, etc. in the region.

Due to the presence of Gray Langurs around the View Tower, better keep all the valuables in the rucksack/ backpack.I descended from that spot to the lake – the route which actually brought me directly to the Kamalja Devi Temple. The person over there claimed to be from the Archaeological department and noted my details in the visitors catalogue.

Considering the time availability and energy levels, I chose to head towards the Gomukh temple. This time I took the same route, but of course along the lake’s rim. I would recommend one should take the opposite route. You will then get to see the Ambarkhana/ Sun temple, Mungala Mahadev temple and Chopda Mahadev temple along that route.

One gets to see many basalt rock pieces scattered along the rim of the lake. Lonar Crater Lake is like a study tour for ornithologists. Various kinds of birds such as Brahminy ducks/ Shelducks, Black-winged stilts, Grebes, Shovelers, Teals can be seen. 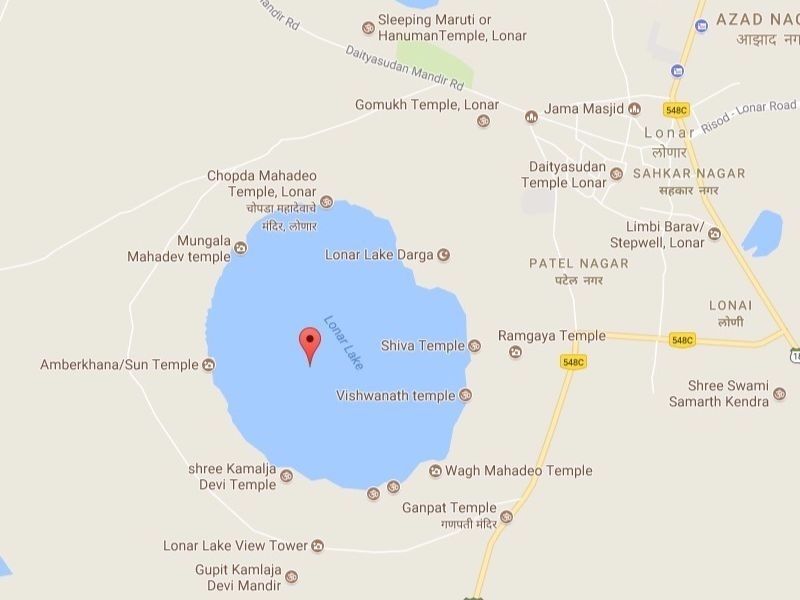 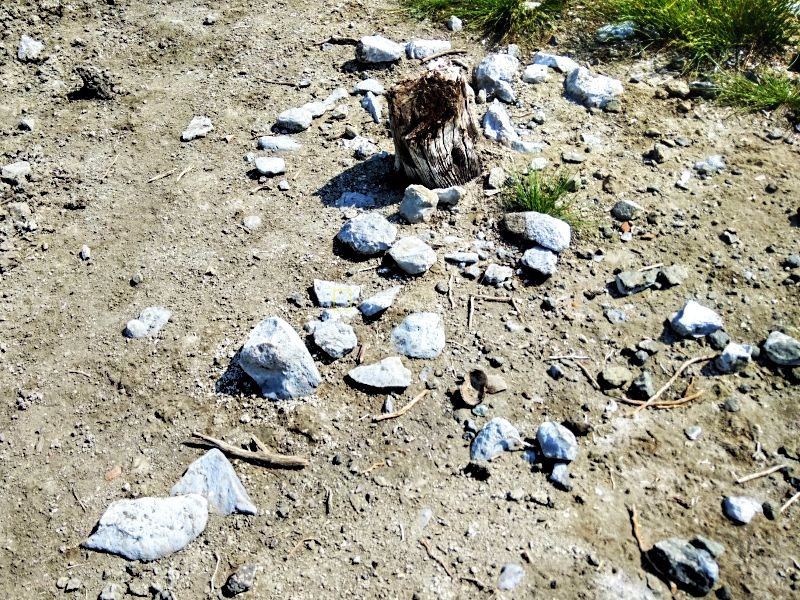 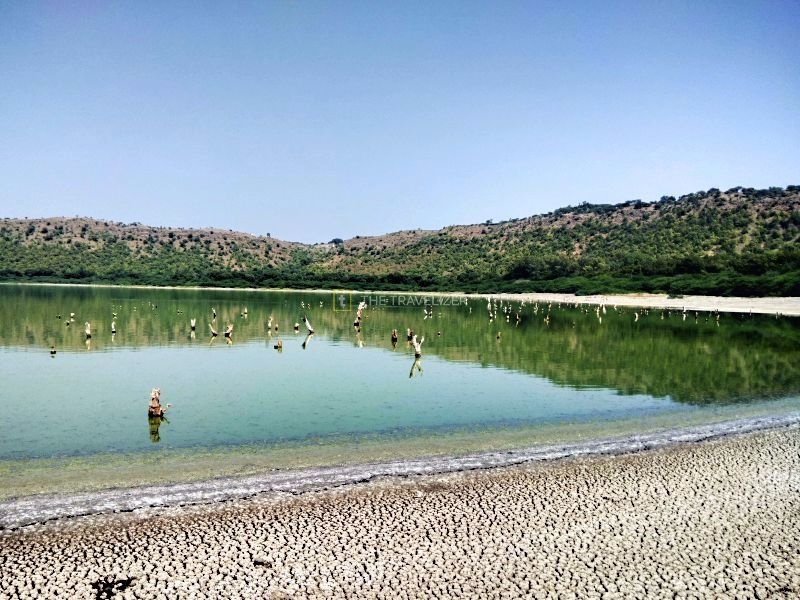 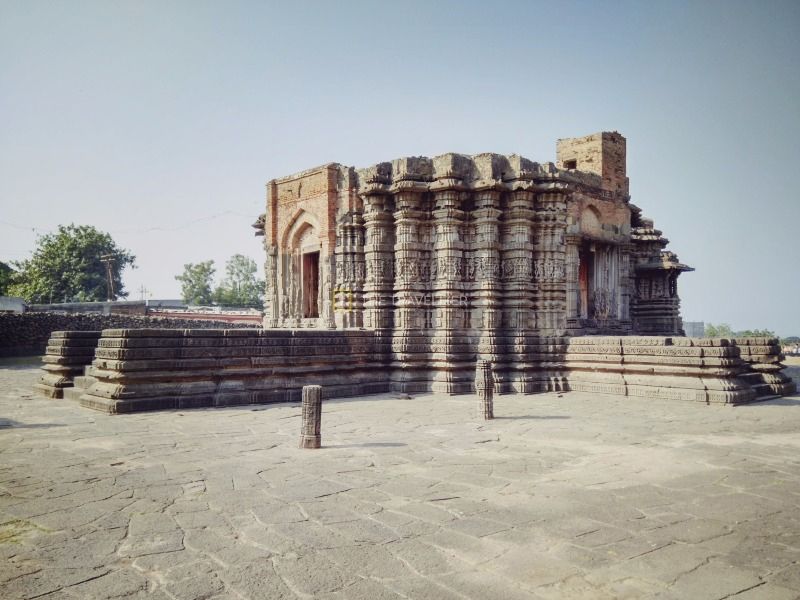 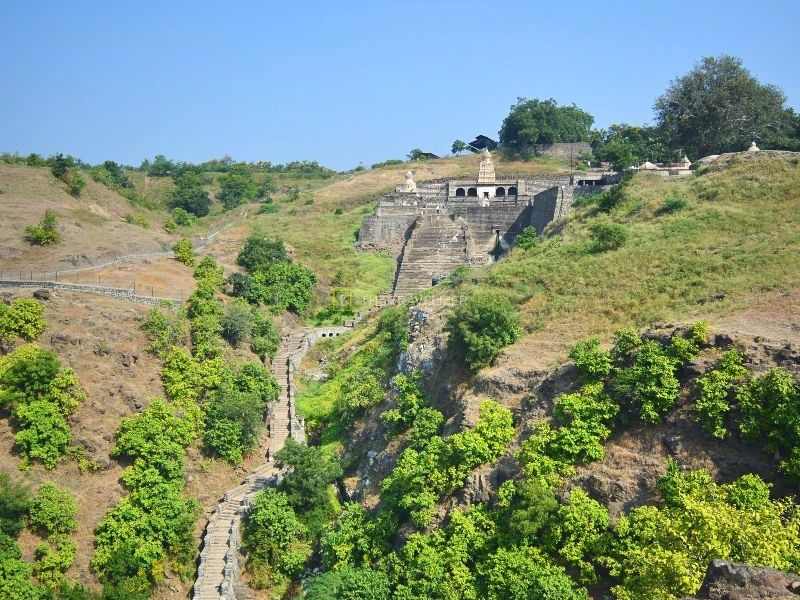 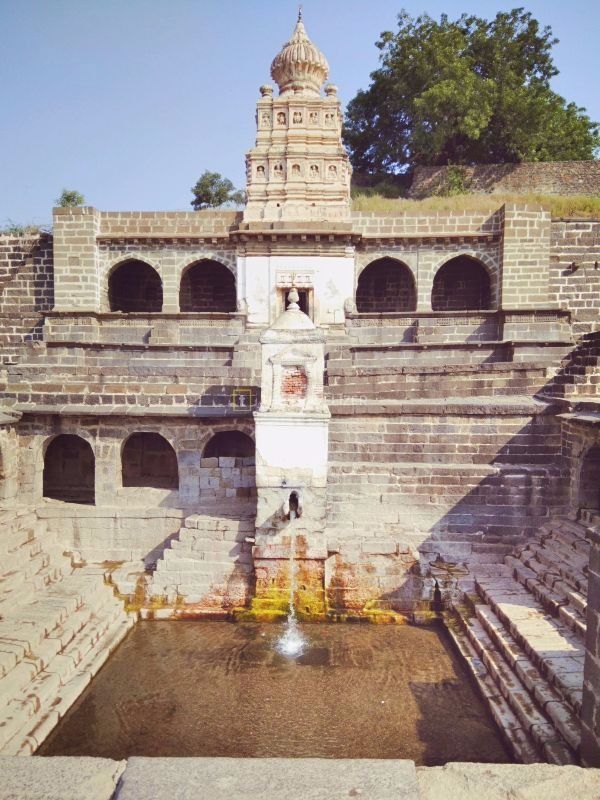 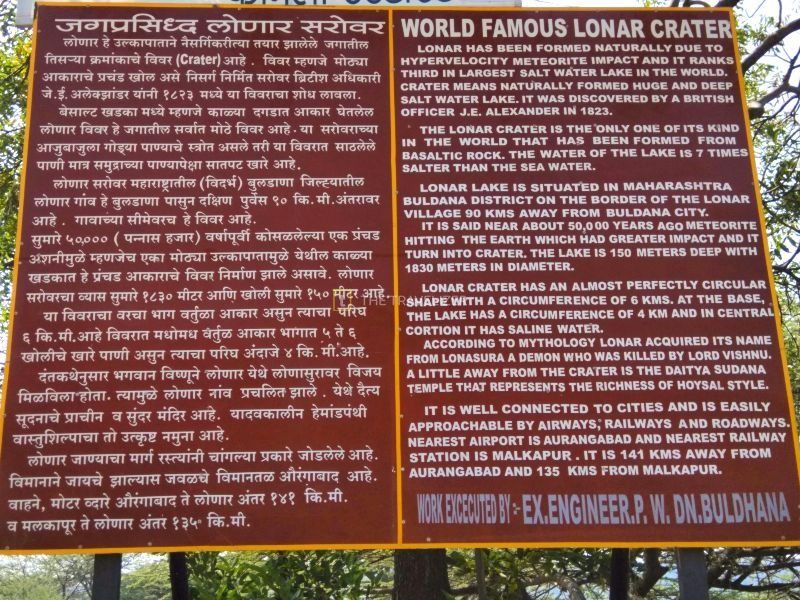 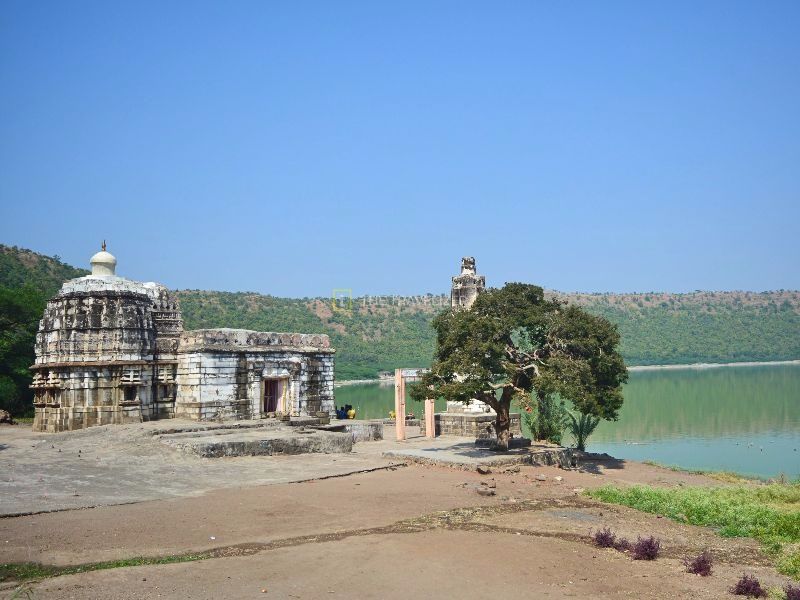 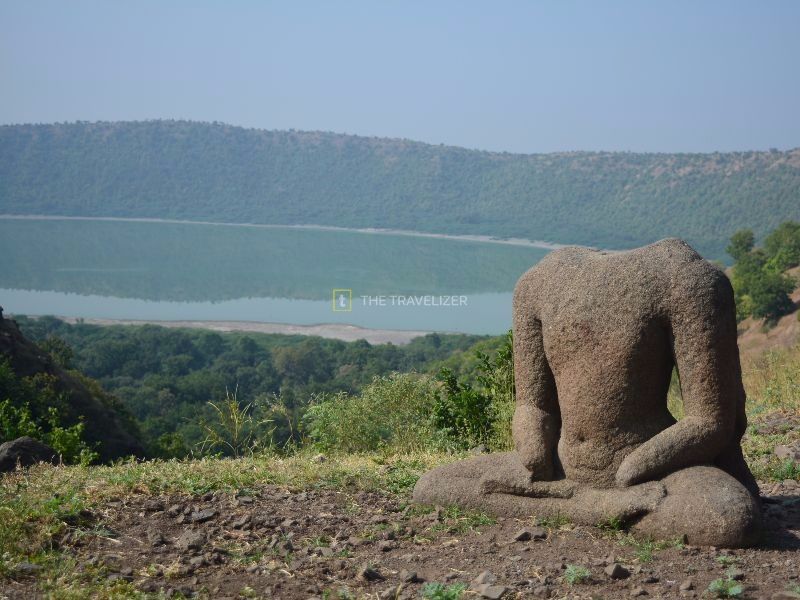 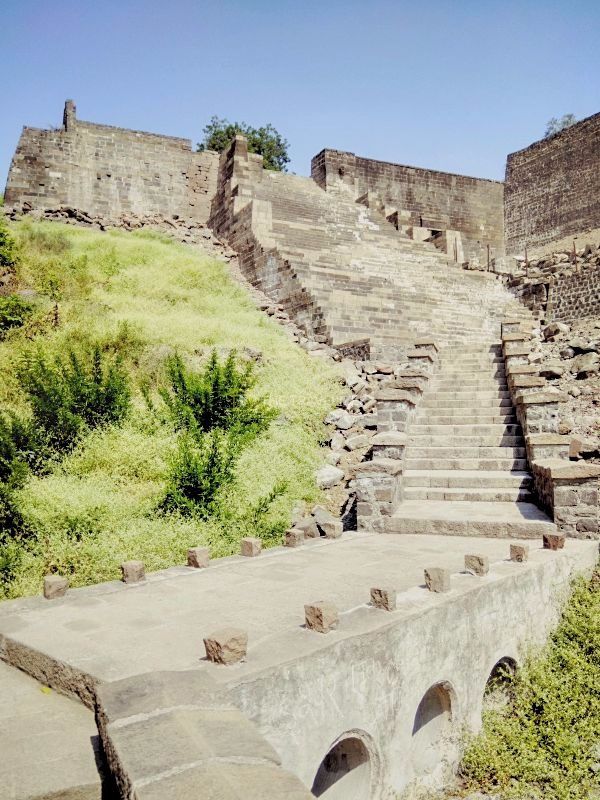 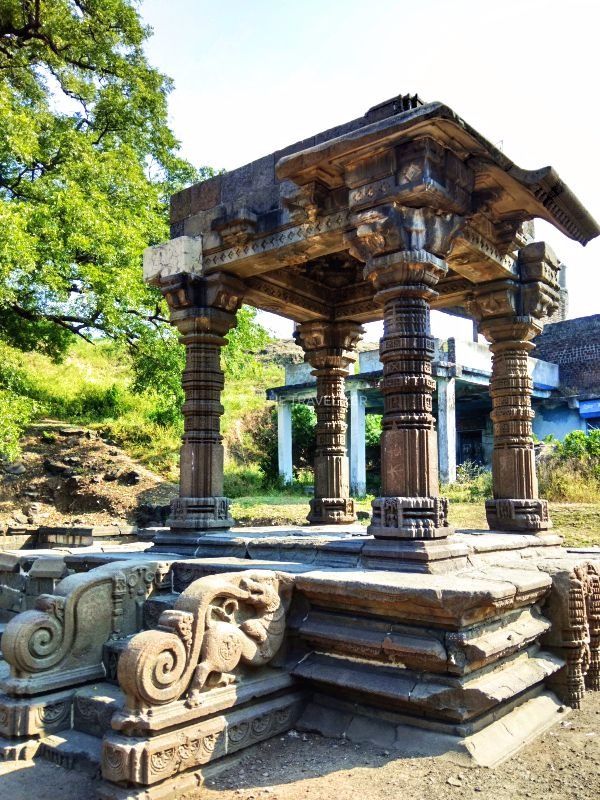 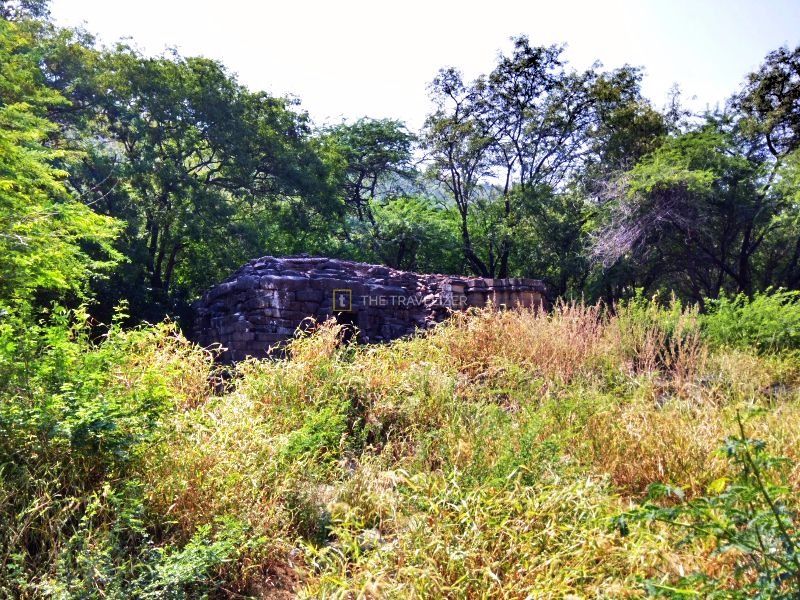 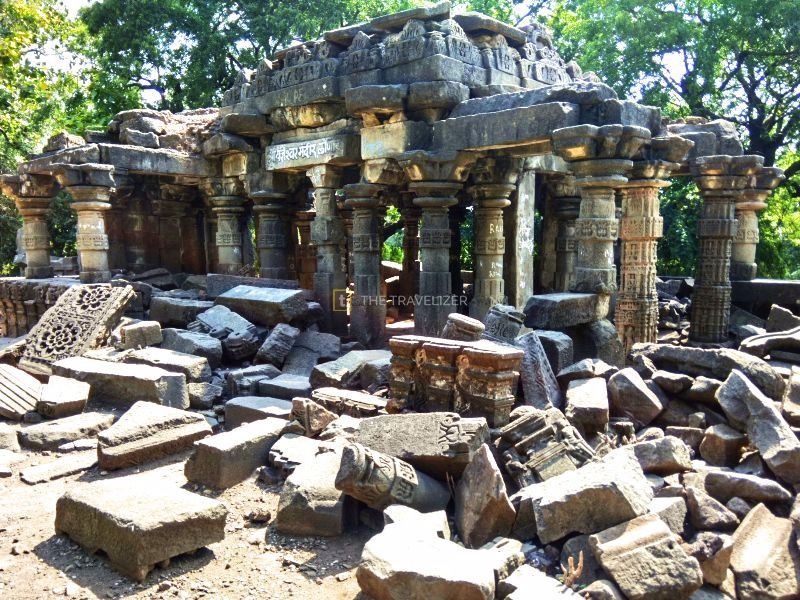 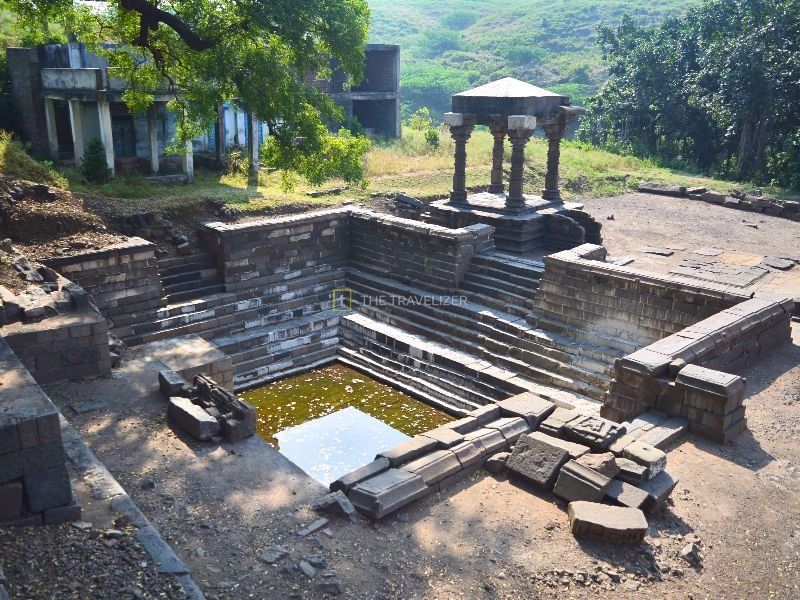 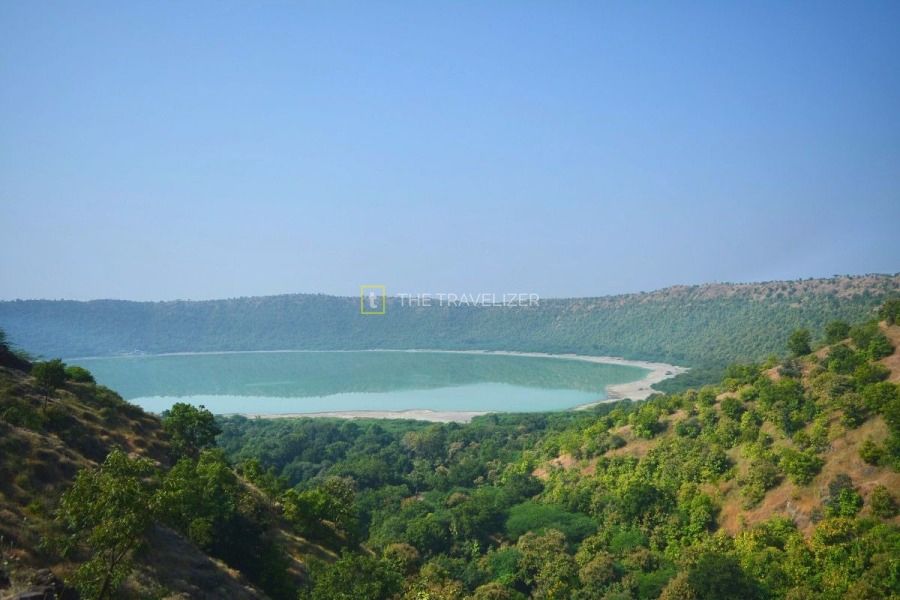