Now, this was the odyssey where we used every possible means to reach our destination, I think we were crazy enough to try out such hop-skip-jump modes and experience rural public transport. 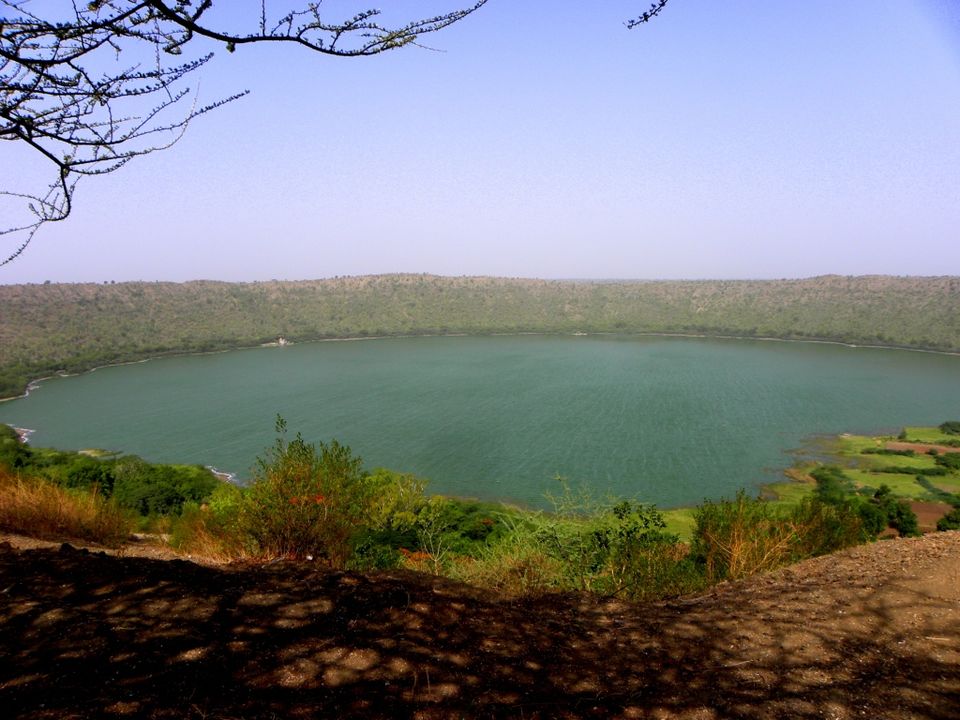 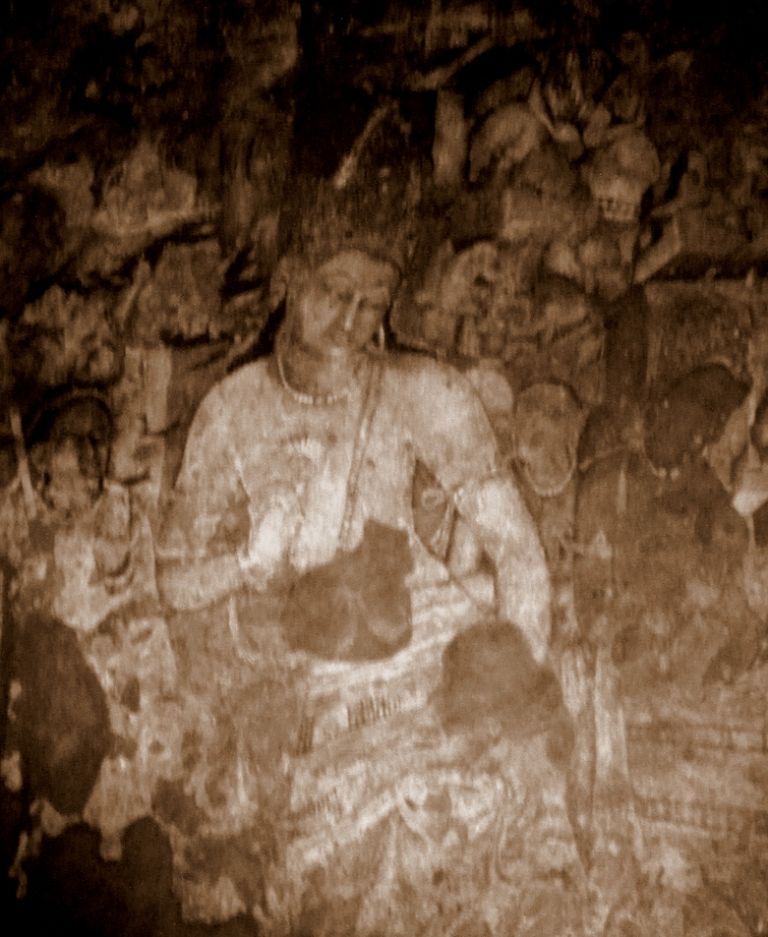 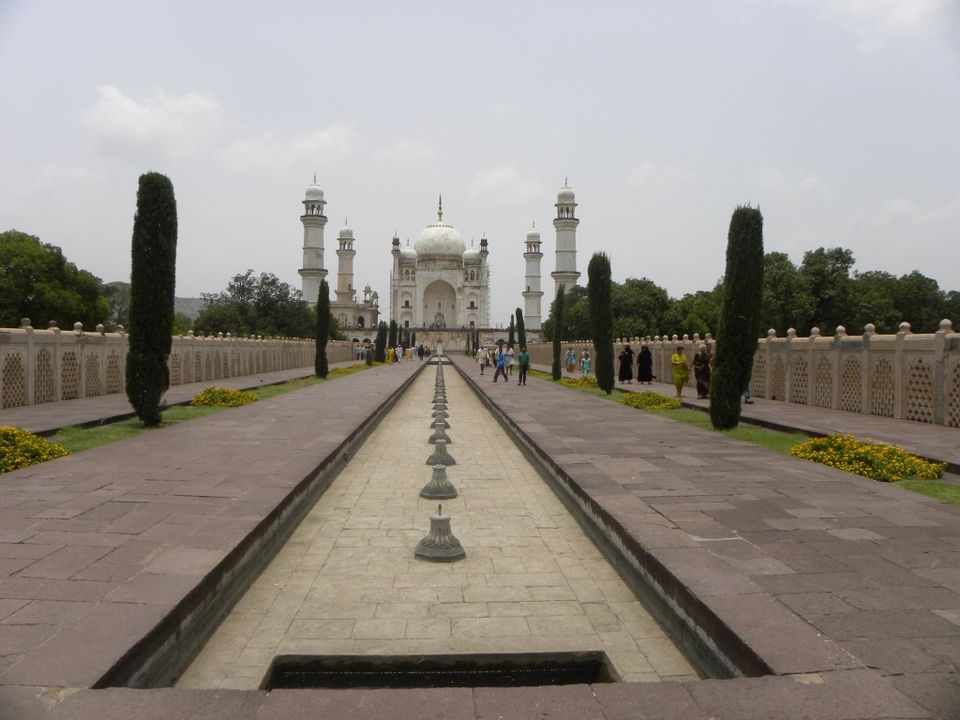 We started out for our venture on 17th Night, i.e. Friday with fresh trouble brewing in my office; I took the risk of leaving everything behind with heated argument and daring to go ahead with planned leave. Plan that was hatched one month back to explore Aurangabad, Ajanta & Lonar crater, with train tickets booked in advance.

To start with it was supposed to be Girl’s freak out plan, but then we allowed our male buddies to join us.

I boarded the Devagiri express from Dadar and Darshana joined me from Kalyan. She brought chappati bhaji for Dinner. Had our dinner and dozed off to sleep in our berths.

Reached Jalna around 6.00 a.m. Night was smaller compared to day. Train was late from its schedule for almost 1 hour. As soon as we came out, we were greeted with dryness. There was not a single drop of rain anywhere in sight. It seemed all the clouds had only one address : Mumbai. And there I was, fully equipped with my long umbrella and wind cheater.

It was dawn already, sun ready for new day. We got into an autorickshaw that waited outside the station for Rs. 10/- each we landed at Jalna ST Bus Stand. We inquired for Bus for Sultanpur and saw it waiting. Got in fast and forgot about everything else. Since, we were almost 1 hr behind schedule, we had to move ahead as fast as we could. We got down at Sultanpur after almost one and half hour journey. We boarded the trax and headed for lonar. Trax are available for Rs. 10/- per seat for Lonar.

Lonar was barely 4-5 kms away from Sultanpur. Got down at Lonar ST Bus stand. Since people around were too curious to see two females in odd attire & baggage roaming around, we brisk walked faster towards Auto and asked him regarding Lonar Crater. We were already informed by the Trax driver that Lonar Crater lake was 1 kms away, we hired an autorickshaw. Everywhere, we made sure that we were not taken for ride and enquired the amount pre-hand. The driver seemed friendly as he told us regarding the perfect spot to view and gave information regarding the temples adjoining the lake, he took us to a spot from where entire Lonar Crater Lake could be viewed. We were spell bound. The cyclonic winds literally pushed us away from the spot that we were standing. We had tough time handling ourselves and camera at the same time. Somehow we managed to stay on spot and click some pictures of the magnanimous lake.

We were enthusiastic to trek down and touch the salty water. But were instead told that its almost 2 hrs trek down from that point. And since we had to go to Ajanta on the same day, we had to hurry back. That guy took us to Sarovar, a nearby temple where there is a snout from which for 365 days an year water pours out and is considered holy by locals.

After clicking some pictures we were back to Lonar ST Bus stand. We packed some eatable stuffs to gulp down in the bus. Bus was supposed to come at 9.30 but as usual it was late and came at 10.00 and left Lonar by 10.20 a.m. for Buldhana. It was long, dry, barren ride of 2 and half hours. We were literally head banging each other because of bumpy ride. Finally reached Buldhana at 1.00 p.m. We enquired with some ladies who were waiting for some bus. They informed us that the bus for Ajanta will arrive at same place after some time. Darshana who seemed thirsty, on glimpse of Sugarcane juice seemed relieved. We were relaxed hoping bus won’t arrive soon, but by then a lady shouted “Porino bus lagli, lavkar ja” we just grabbed our belongings and ran off towards bus hoping for seats. And yes, we were lucky to get two. Offcourse, Darshana had to sweet talk a young boy in giving up his window seat for both of us.

In the meantime, Ruchir and Prashant were off from Pune to Aurangabad and after getting down at friend’s place in Aurangabad, they picked up two bikes. They were about to meet us at Ajanta Caves with bikes.

In the meantime, we got down at Ajanta stop, cave was more 4 kms away. We got into Omni again with same share fare of Rs. 10 bucks. We were dropped at Ajanta caves gate. Bought tickets and sat in Bus which would take us directly to the caves which was further 4 kms away. We were in hurry since caves would be closed by 5.30 p.m. We were anxious as Ruchir and Prashant didn’t turn up on time. But then I saw both of them running towards bus. I shouted aloud and from here on this trip got all its four members together to carry on.

We toured the caves in fast forward manner, with me running ahead as I was scared if sun sets down I would have problem with clicking blurry pictures. We went around only for selected caves. I ran like anything trying to beat the sun before it sets down. All the caves were beautifully maintained, due to time constraint we couldn’t really explore all the caves much, except most known ones.

By 7.00 p.m. we were back to the shopping plaza at the base. We shopped around for some memoirs. Since, we hadn’t had lunch, we were hungry. By 7.00 p.m. all the shops and eateries closed down. We had a long bike drive of 2 hours ahead to Aurangabad. So, we looked forward for good meal at Aurangabad but before that we had to find accommodation for ourselves i.e. me and Darshana. Guys were supposed to stay at their friend’s place. We halted at a junction after reaching Aurangabad city. There were many hotels around. Ruchir got into one of them named Hotel Krutika. They had a room for Rs. 400/-. I and Darshana agreed to share. We unloaded our luggage and came down for dinner. A funny thing happened before that. As soon as we halted at the junction, two police jeeps came and stopped by and started frisking and checking documents of all two wheelers. We heaved a sigh of relief, as both of our guys rode the bike that belonged to someone else and none of them had their papers. So it was just luck by chance, we didn’t get into police trouble.

Guys went back to their friend’s place and we retreated back to our room. It was decided that next day guys would pick us up at 8.00 a.m. But as always, we slept till 9.00 a.m. and got out by 11.00 a.m. We went to visit the famed monument Bibi Ka Maqbara. Had lots of fun frolic masti. Clicked lots of pictures of selves and monument at every nook and corner since we had lots of time in our hand. We had our lunch at Bhoj, where they serve Rajasthani thali. After lunch, again we thought of going somewhere, we went to Gul Mandi but it turned out to be a usual market place. Again back to room for some calculations by darshana and some moment of sleep for me. But as it turned out, with these guys around one can’t sleep, after all the account settlement, guys went back. We had 2 hours to rest before we catch our train back to Mumbai. Train was scheduled for 9.30 p.m. from Aurangabad. Before that we grabbed some parcels and ate some snacks. And as usual train was late by an hour. We moved around in platform and saw the map and realized that we missed out on many places in city itself. Maybe next time!

Finally the moment came in when the train arrived and we had to bid adieu to Aurangabad and off to Mumbai.