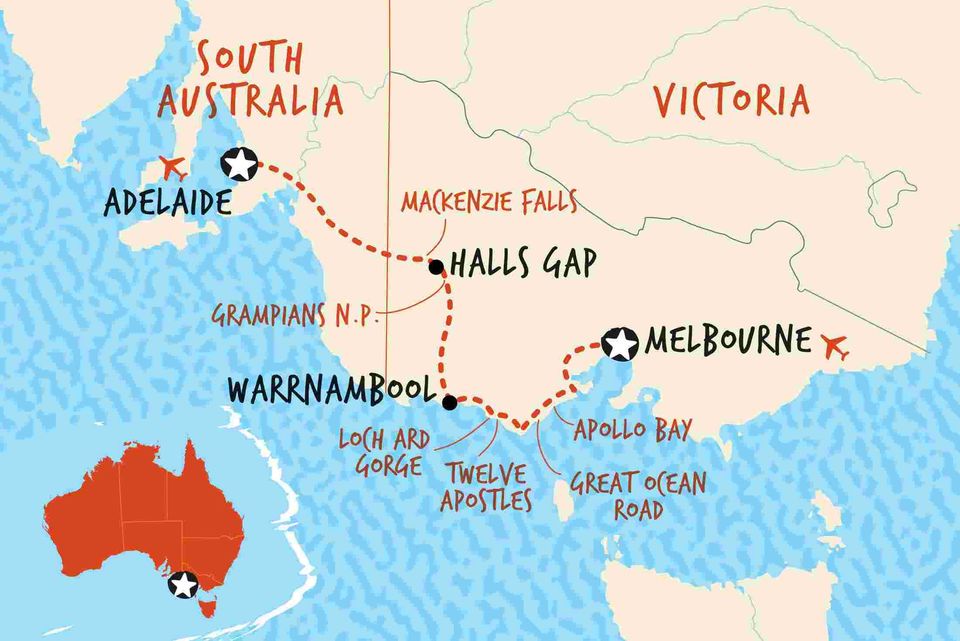 Being an Indian, there are few things that could excite you as much as having a chance to watch the cricket team in action live, so when I came across the chance to do exactly that, this December I did what anyone of us would have, Yes i decided to watch them play live, in Adelaide and take on the mighty Aussies in their own backyard.

I had two options as far as reaching reaching Adelaide was concerned, Fly there or drive down 1500 Kms in two days and if you thought i would have done the sane thing of taking a flight, my friend you are in for a surprise.

Starting from Melbourne around 4 pm on a Friday, I decided to take the more scenic route along the south coast of Victoria. It was a hot summer day with temperatures hovering around mid 30s and i realized pretty soon, how much of a monstrous task i have undertaken. Driving after work on a summer day, specially when you are driving alone, could turn out to be disastrous. Thankfully though the excitement of taking my first long drive in Australia, along one of the most iconic routes in the world was enough to keep me charged up and AWAKE!!!

Driving past some of the most beautiful coastal towns, specially around Christmas is pretty fun and hectic at the same time. There is always the usual hustle and bustle and a lot of activity, with both the locals and add the international travelers added to the mix and you have a heady cocktail of fun. Thankfully though i had quite a smooth sailing as i started late from Melbourne and by the time i reached most of these towns, they were either quietened down a bit or have slowly started to settle down with the evening sun on the horizon.

I stopped at a place called Hosham on my way, after driving almost 400 Kms without any stops, to fill up and have a bit of a refreshment. The town itself was pretty quite as most of these towns tend to look deserted around 8 or 9 pm. After taking my coffee break, i was back on the road and in no time at all, driving at 110 - 120, I crossed Victorian borders around 11 pm.

Crossing into South Australia from Bordertown, the drive turns into a bland one (maybe coz i was driving in the middle of the night and could not see anything in the pitch dark), just dry grass and gum trees. So there was no point in stopping 50 million times, turning the drive into an ordeal.

I was on road by now for almost 7 hours with still about 300 kms to go, before i would reach my destination. So to turn my boredom into fun, guess what i decided to do. Yeah, i know it might sound a bit childish, but i decided to count the cars and trucks that passed by, along the way (don't laugh at me now, will ya).

The good thing though was that, there are sleepover points in between every few kilometers along the way. How i wish i had a pillow with me, lol.

Crossing Coonalpyn, a small town along the way you will find a few silos, which tell their own stories. The Silos have got mural and are a big attraction, with a quite and small cafe right across the street.

In my final stretch of the route, the road from Mt. Barker to Adelaide, the road was literally so empty i could have laid down on it and got up unharmed the next morning. I only realized on my way back how picturesque the whole drive was, as it is at this point, that the Adelaide hills start and you have one of the most amazing background of hills to accompany you.

Eventually i reached Adelaide at around 3 am and crashed in the bed in my hotel room.