An Encounter with the Tribesmen at Baaratang 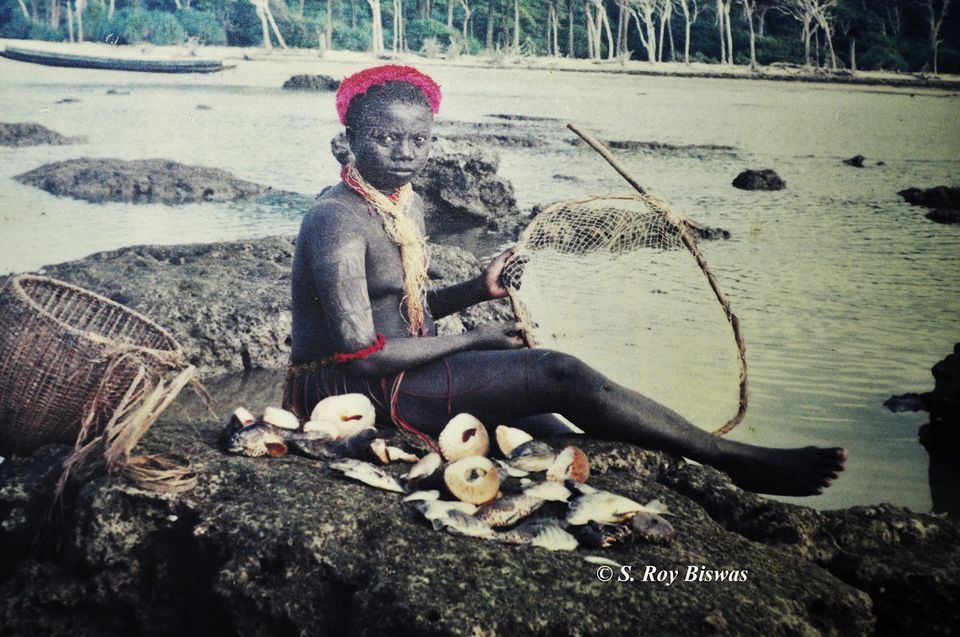 Modern India… Developed and Technologically Advanced India… The upcoming Powerful Economy of the World…. This is the current identity of our dearest Country everyone would be aware of…

But in the dense woods of the southernmost India, across the main peninsula there is another world, populated with differently civilized Humans, who might not even know what the word development means. But, they still surprise the sophisticatedly dressed educated men with their uncommon intelligence and mind-blowing skills and profound knowledge. And, so were we, when we first encountered a scarcely clothed ‘Jarwa’.

‘Jarwa Reserve Forest’ in Andaman and Nicobar Islands is famous for their tribal settlement which is totally separated from the civilized world. Sadly, they are the centre of attraction for the tourists there, like the animals in the zoo. Indian Government has made the act of making any kind of contact with Jarwas, a punishable offence. This law grants them the freedom to live the way they wish to and to preserve their primitive lifestyle.

But I would call myself fortunate enough to be able to see and hear from a Jarwa man about his hunting achievement, on the way to Barataang Island.

The journey started as early as 3:50 am. And by 5:45 am we reached the Reserve Check Post from where our vehicle had to be in the queue for the convoy. Yes, your read it right, a convoy is required for the safety of the tourists, or I feel, more for the safety of Jarwas. We entered the world of Jarwas attentively examining the path in quest of spotting a Jarwa. The law does not permit anyone to stop or overtake or slow down the vehicle in this forest area. And finally, we had a glimpse of a pitch dark figure with a yellow band on his head, sitting among the bushes, and his sharp eyes confidently looking at the passersby. Further, we saw two women and colourfully painted children seated on the road, just before reaching the Middle Strait.

We were hardly over with the amazement, when we saw a huge ship which was supposed to transport the buses, trucks, cars and us across the back waters till the Barataang Jetty. None of us had ever imagined that the next few minutes of our journey would be so interesting. We boarded the speed boat and just in a few seconds we were crossing the mangrove forest at a great speed and reached the limestone cave area welcomed by the canopy of dense mangroves and the shallow water held by their roots.

We trekked through the avenue of huge age-old trees. Notice boards on the way kept us informed about which unique trees we were passing by. The beautiful way did not let us think of how much have we walked and finally we entered a new path surrounded by rocks which is then followed by the pale yellowish walls of limestone, naturally forming the shapes of shells, jelly fish, a huge lion’s paw and Lord Ganesha. As you move inside the cave it turns totally dark with only a few holes at the top serving as natural torch-light. If your mind is always in search of novelty, this place is the best to quench its thirst for marvels of nature. Nowhere else in India would you find such naturally formed limestone cave.

We skipped the mud volcano visit as it wasn’t worth spending too much time as per the locals. Hence, we spent time enjoying the cool breeze in the huts erected in the backwaters staring at the mangroves and the water stretched till our eyes could see.

At 12:30 am, we joined the convoy back to Port Blair. We were sleepy and tired as we had started at early morning. And suddenly, we realised our car’s tyre was punctured. We had to stop on the way in the tribal area ignoring the law for a while to change the tyre. Immediately, a police man seated in the next car got down to accompany us as it was risky as we might be attacked from anywhere. I would call it a good luck that even the spare tyre was punctured and now we had to wait for some more time till we get some other car with spare tyre for ours. And there came a Jarva man confidently walking towards us despite polio affected leg, with a few arrows and a bow and a hunted pig skillfully stuck in a holder made of tree skin, held hanging from his head. To our surprise he knew the so called National Language and asked , “ Ki Hogya… Gaadi ko…?!!” . His fiery eyes looked curiously at us, as if we were some new creatures for him. He proudly boasted of killing a pig all alone by himself and also showed his broken arrow. It was the first conversation with any Jarwa even for the police man and the driver who were born and brought up in that area and had lived there for years. We were filled with childish glee for getting such chance; as if we had met someone from other planet.

Finally, we were given lift by an ex-navy officer till the check post and we returned with stories to tell and the experience and the feeling which can only be understood by the one who visits and experiences the same.

This article was first published on my blog Travel Hippies