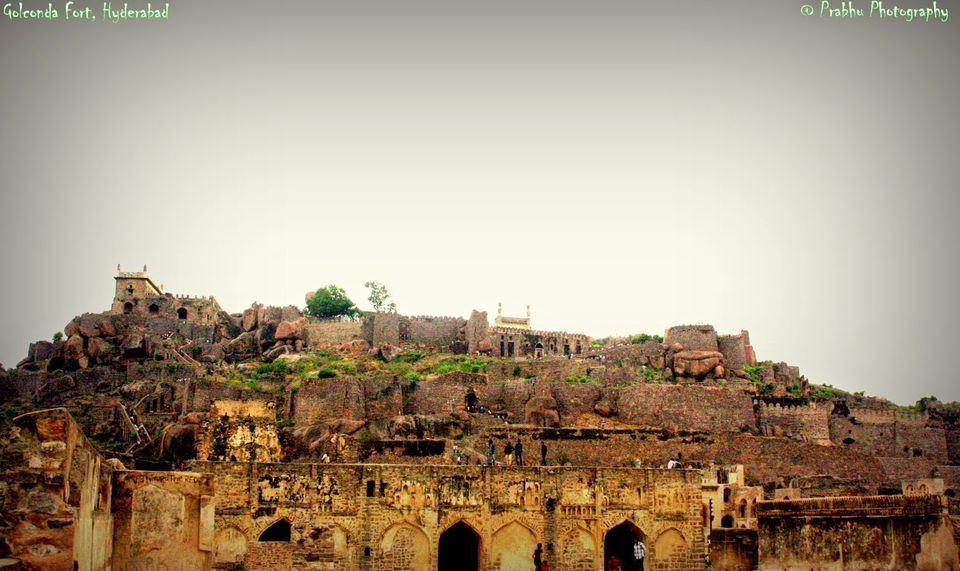 Only u have the key for your happiness. Stop expecting others to gift it. Starting from this beautiful lines, one should found his happiness in his passion and other activities. Interest in photography has taken me to many places and inspired me to create this blog to pen down all my travel experiences. "A traveler has lot to say and to show then the resident" this i came to know only when i started loving the nature and adopting the pace of it. After which I set my journey to capture best places of my country India as much as i can. I always dream of being outside alone with my camera and shoot what i want. I feel enough contentment in this.

It was the cloudy morning, I was sitting near the window seat, the breezy air made me to get up from the sleep. Opened my eyes and looked outside and it was the outskirts of Hyderabad. As i reached the town the old buildings, the old monuments with ruins, the wreck bridges, the tallest apartments almost kissing to the sky.

I had been to Hyderabad for the first time. I wandered the city around one hour. Many things catch my attention like, men who are busy in doing the road shows(circus). Folks were watching it. Women sitting on the road side and selling fruits with babies on their lap. Just to get the bread and butter for a day. Though it is very common in India, Travelling can teach more about the hard and real facts of the life. But one should look around with the open eye and with open heart as well. One should observe around us and be thankful for all that we have in this temporary life. One should always enjoy the life how it comes, things are better for us when we are compared to others. Personally, I learned a lot from this passion, It as made to communicate with other people through my imagery and related to the human condition emotionally and sympathetically.

It was around 9AM, I was in city bus stand, had a strong cup of tea, and continued my walk to look around for any rest rooms. The main reason to come Hyderabad is to see the ruins of Golconda Fort. I love forts, I may not know the too much history of these forts but I feel amazed by the engineering skills used by those people.

After freshening up, I boarded the bus from city bus stand to Medhipatnam. Golconda fort is located 10km away from Medhipatnam. Took an auto to Golconda from Medhipatnam. Driver said 20rs. Okay " i said, and sat beside the auto driver. I have to tell you, driver shown me half of the markets of Hyderabad. Auto passed the tunnels, crossed the bridges, entered into the market. It took around half an hour, but there were no signs of Golconda. With the look of suspicion I turned my face towards the meter, unfortunately it was not working. My mind was calculating like “whether he said 20 Rs or 120 Rs? “. So somehow after a long drive finally he stopped the auto in front of Magnificent Golconda fort. With the sigh of relief I opened my wallet and gave 20 Rs. For the god sake the charge was same 20 Rs. Sometimes Curiosity makes us to feel fear.

Before entering the fort, I decided to fill my empty belly. While having my breakfast, I was glancing the fort from the far with full of awe. As far as the eyes go, I could see the fort acquired all around. After my breakfast I clicked as many photographs as I could.

Now it’s time to enter the fort. As I entered into the fort many visitors where clapping constantly. I felt as if they are greeting me. Much later I discovered the truth behind their clapping. I was astonished by knowing the fact. The fact is, it is said that, a hand clap at a certain point below the dome at the entrance reverberates and can be heard clearly at the top of the hill. This worked as warning signals for the royals in case of any attacks. I was speechless by seeing the greatest characteristics of the engineering marvels at Golconda.

About Golconda in brief.

I don’t want to concentrate on the historical background later we can surf on the net. But here is the brief. Golconda fort which lies on the western outskirt of Hyderabad. It unravels 400 years of rich culture heritage, built in 1525 by Mohammed Quli Qutub Shah.

I started exploring the fort for one hour, but I was unable to get the way to climb the fort. One visitor asked me “Sir where is the way to get to the top “i answered him with a smile, “Sir chalo saath me dhoondthe hain, mai bhi dhoondra hoon “ What else we can say to this amazing fort. It is an architectural and engineering delight.

I started climbing the fort by taking the photographs of ruins. I was really impressed with the way of construction and how they have systematically planned from the guest well-come area to the mortuary bath to Raani Mahal. And around 10km of long secret passage for Char Minar to escape

The sun was on the top of my head. I was completely exhausted. Somehow huffing and puffing I manage to climb to the tip of the fort. It took around 3 hours to reach. Went inside the fort, the calmness, The eerie sound of the wind, the jingle of the bell from the nearest temple, the chirping of the little sparrows inside the mosque whaaa. If any poetic person is here in this overwhelming place, definitely he would have written a romantic song to his beloved. Cannot be described in words but best felt and it is to be experienced not to be explained.

There are so many surprises the Golconda has got within it. While exploring i heard 2 to 3 times the term KOHINOOR used by guides. Much later I came to know it from one of the guide. I think you all know about Kohinoor diamond. It is said that this diamond has been kept here once on some occasion. Moreover, Golconda is known for its diamond trade.

What a day it was !!! Is there any place in this world like India ?? No, Not at all. Glancing to the fort from below and i was thinking the above lines. My India is a unique place and a dream destination for every traveler. I cannot say good bye without mentioning about Hyderabad Biriyani. Entered into the Hotel Basheer which is near to city bus stand. Ordered Biriyani, as the mouth was pouring beyond the limits. Waiter brought the bowl and kept before me and opened the lid of the bowl. As he opened the lid, the rich aroma of pure ghee, the saffron rice and the chicken cooked to melt in the mouth, whaaaa i could'nt stop myself and what i did later is the Universal Truth :)

Have any of you visited Golconda and had a unforgettable experiences at Hyderabad. Feel free to share your experiences with me :)