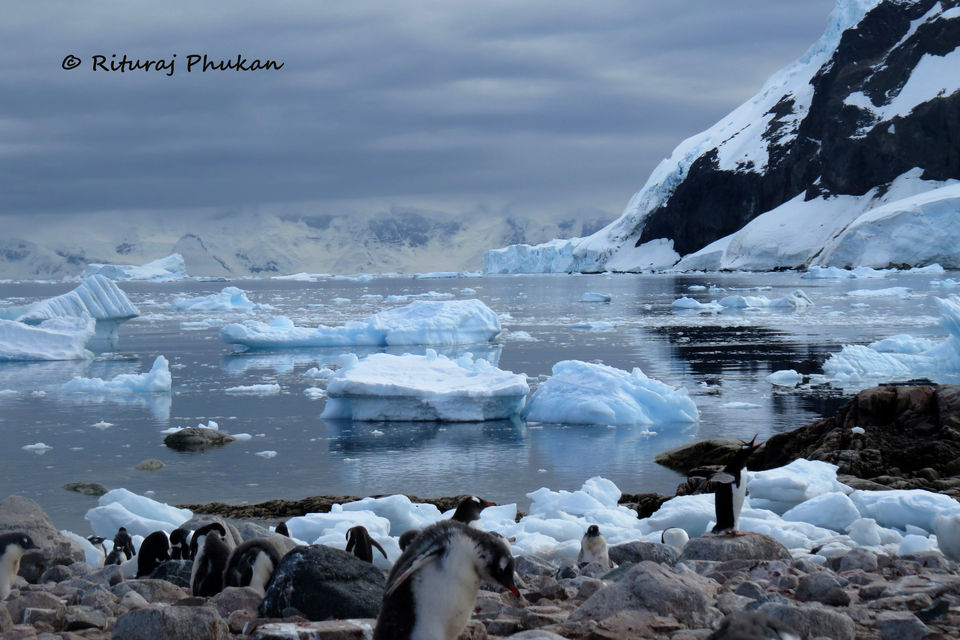 In the year 2013, I travelled to Antarctica as a member of the International Antarctic Expedition team led by Robert Swan, the first person in history to have walked to both the poles. The team of corporate, academic & environmental leaders from 28 countries were invited to gain firsthand experience of climate change impacts on the fragile ecosystems of the remote continent.

On the 28th of March I landed at the southernmost city in the world. Famous as ‘Fin Del Mundo’, or ‘End of the world’, Ushuaia is a fascinating city on the banks of the Beagle Channel also known as the gateway to Antarctica. The acclimatization period of two days included a grueling hike to the top of the Martial Glacier that tested the physical and mental preparedness of the team. 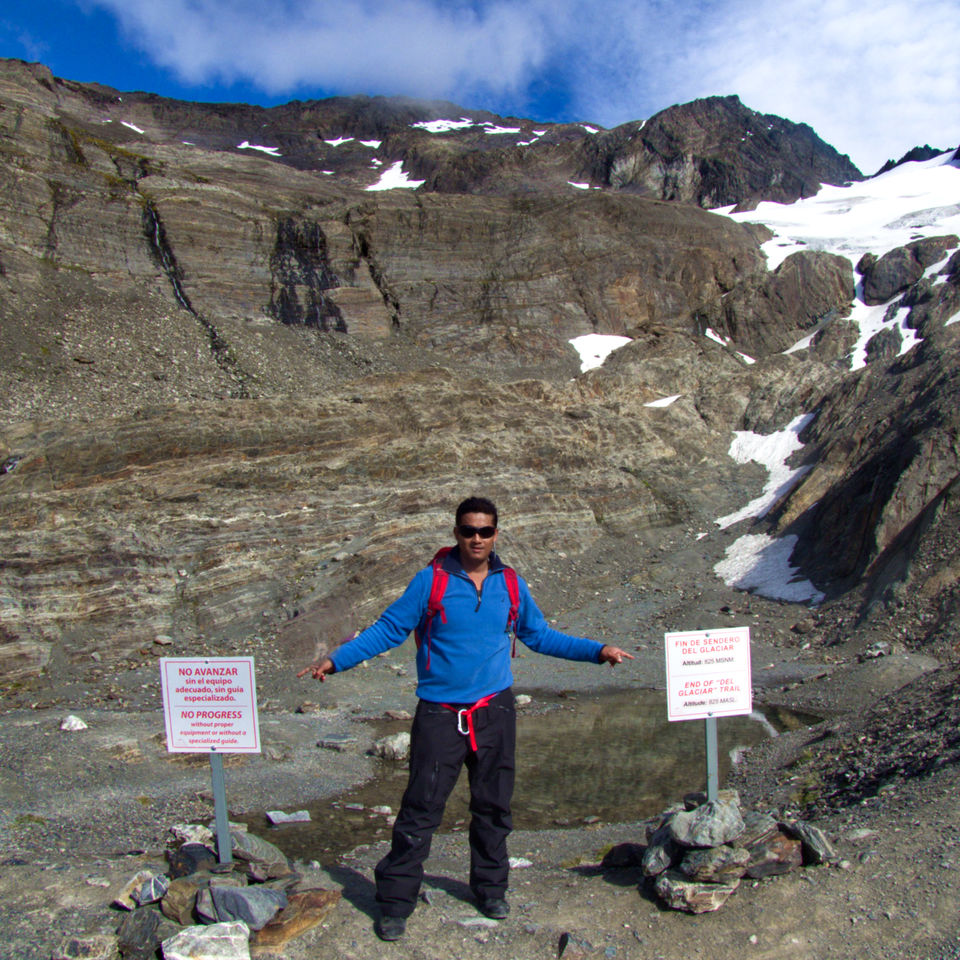 We sailed down the Beagle Channel on the expedition ship Sea Spirit, passing Cape Horn at the tip of South America, and then onto the turbulent Drake Passage. Seasickness made it impossible to think or act cohesively as wave after high wave crashed into the hull. For two days we did not encounter another ship as we sailed across the roughest seas on earth. 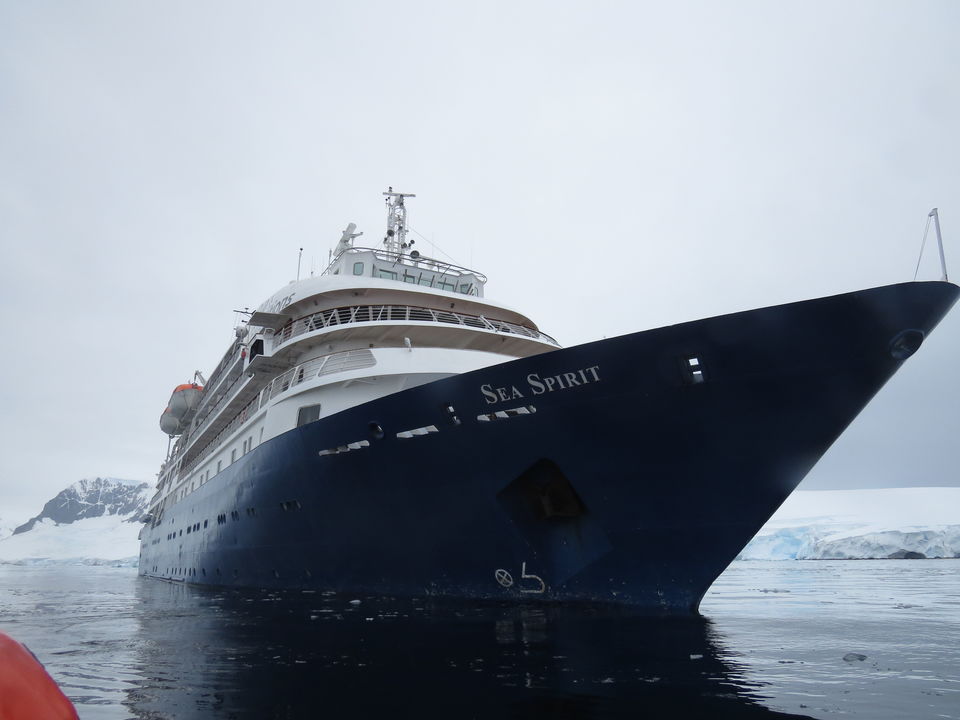 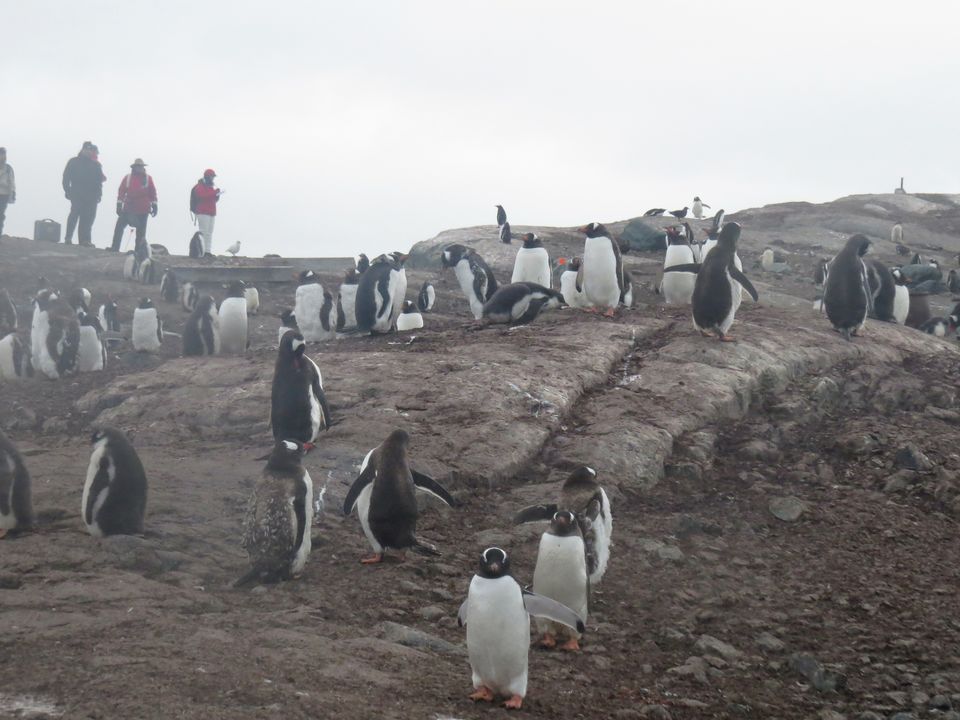 Camping on Antarctica is a rare experience! 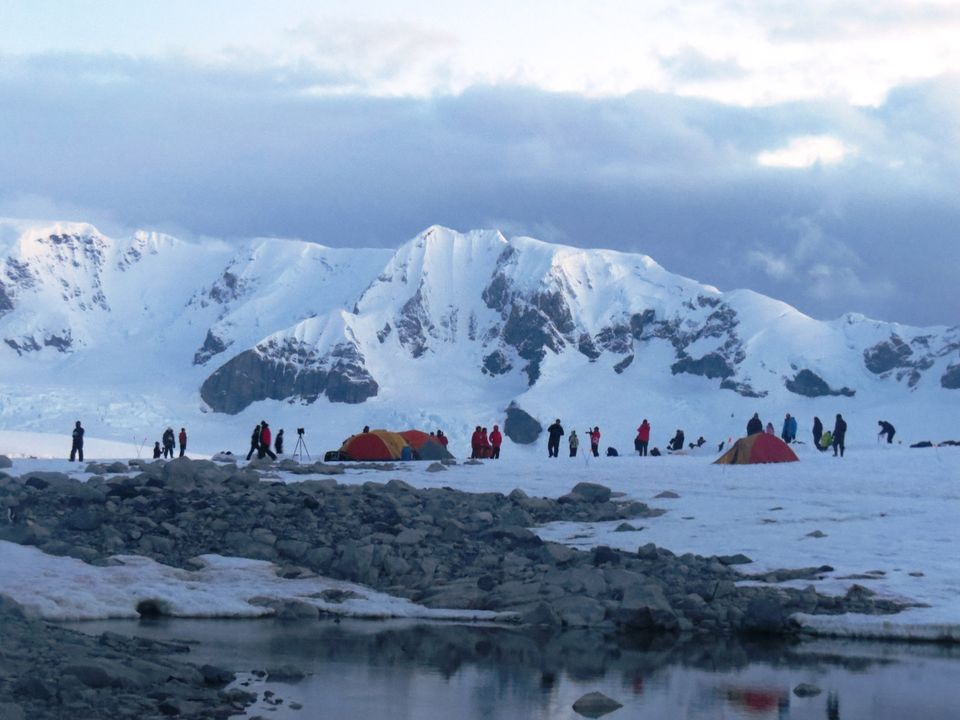 Hiking is a never-ending thriller! 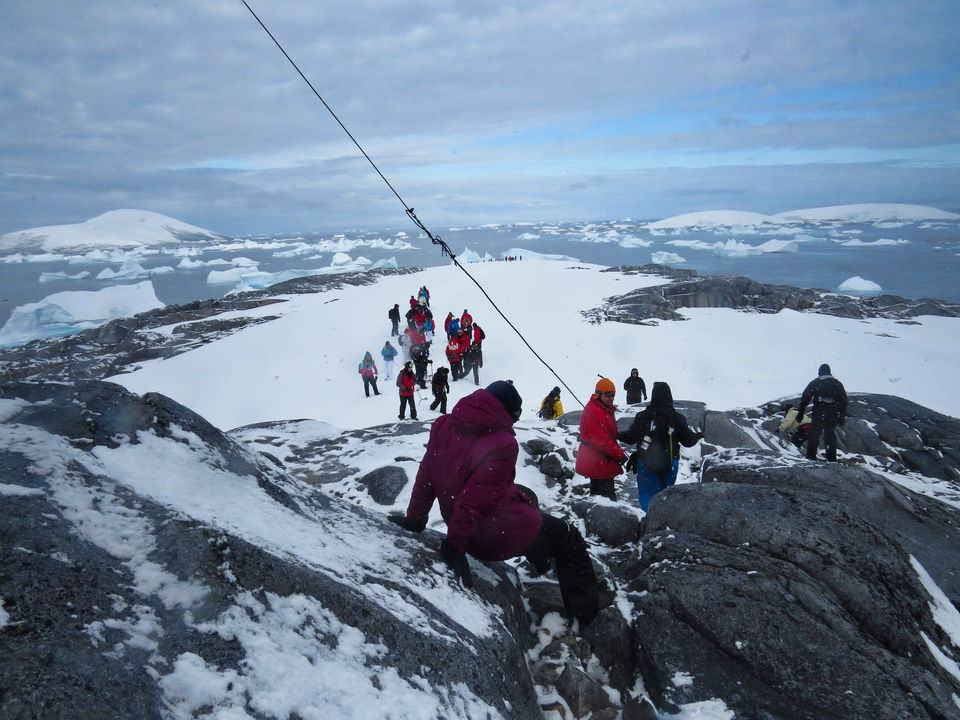 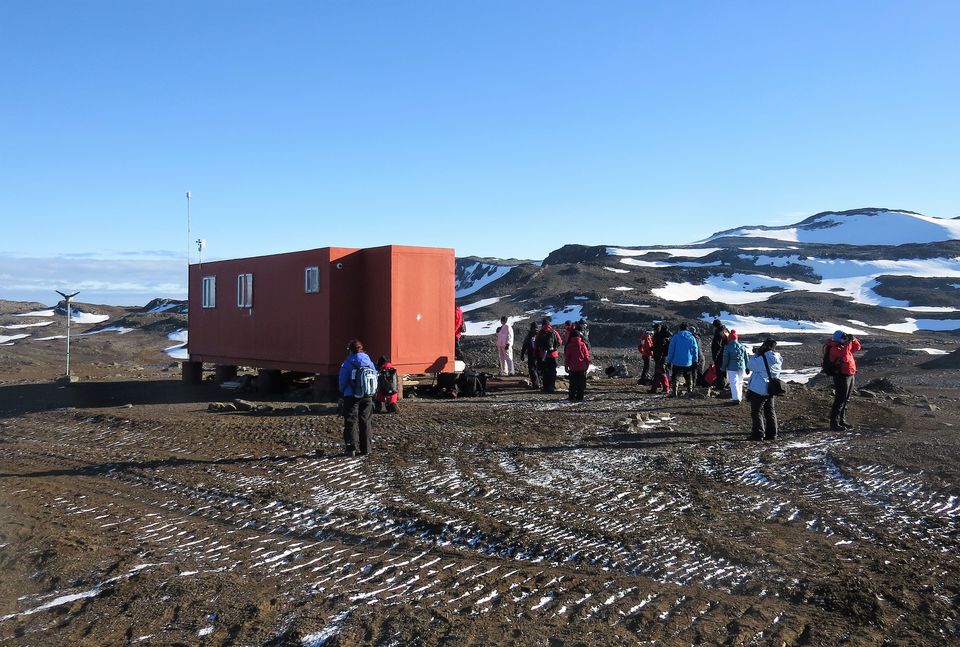 A zodiac dwarfed by the tabular iceberg . 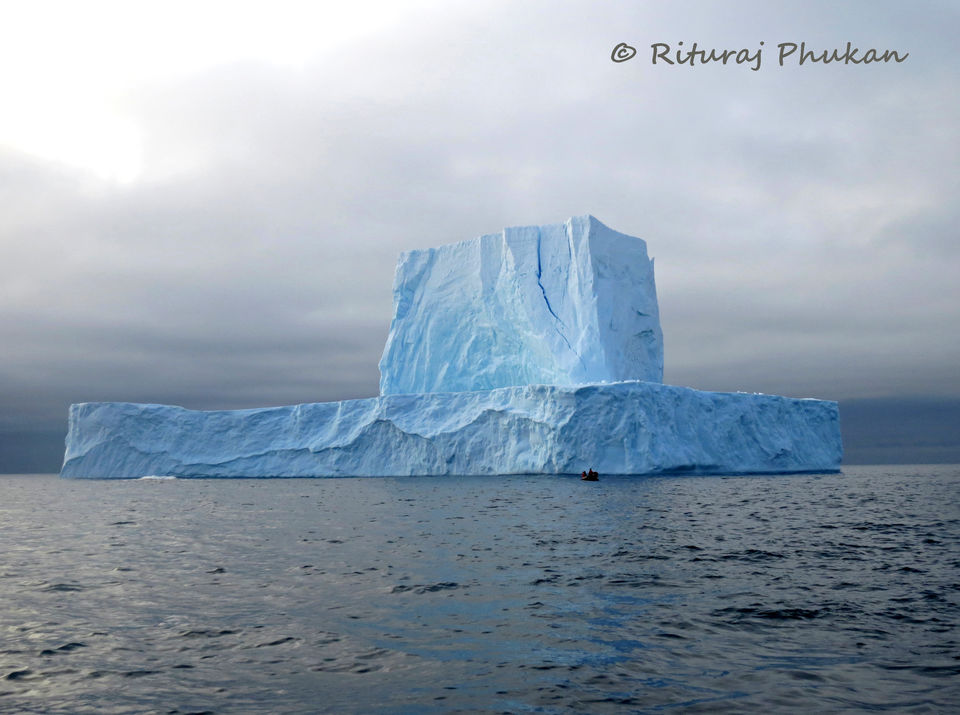 Finally, we reached the placid Southern Ocean and very soon all our woes were forgotten with the sighting of the first iceberg. The temperature plummeted, worsened by the wind chill, and we were adrift amidst a sea of icebergs. Everything around me was unreal, beyond anything I had ever imagined, and I was enthralled.

Our first shore landing on Antarctica was at Trinity Island, a little paradise by the picturesque Mikkelsen Harbor. Gentoo Penguins ran in to welcome us while Antarctic Fur Seals and Weddell Seals frolicked five meters away, oblivious to our presence.

The coldest, windiest, driest, highest and most remote on place on earth has no native human population, no permanent residents, no official language, no capital and no currency. Antarctica has 90% of the world’s ice and 70% of its fresh water. Despite the extreme weather conditions, the coastal areas and surrounding seas of Antarctica are rich in spectacular wildlife. In other words, we were in a magical place in the company of whales, seals, albatrosses and penguins.

Each day brought us an unforgettable once-in-lifetime experience. We camped under the open skies at Ronge, in dugouts plastered with snow to keep out the wind. I was chilled to the bones, spending a sleepless night while waiting for the Southern Lights.

At Portal Point, we drifted in brash ice with the zodiac engine switched off, while Humpback Whales cavorted so close that we were afraid of being toppled over. Another abiding memory is of the breathtakingly beautiful Lemaire Channel, one of the most photographed landscapes on earth.

Personally, I will never forget the shock of jumping into the icy waters of Antarctica. The sleet started to come down with the polar plunge all set up, so we decided to go ahead. Before we jumped in, we were firmly harnessed so that anyone knocked-out by the cold could be pulled up immediately!

At Brown Bluff, we roped-up in teams for the most dangerous and thrilling hike of the expedition, crossing a huge glacier filled with crevasses. At Neko Harbour, we witnessed more magic happening before our eyes- the calving of a glacier and the birth of an iceberg!

On King George Island, we were invited to visit the Russian base ‘Bellingshausen.’ We were also privileged to explore the ‘E-Base’ set up by Robert Swan; it is the first education station in Antarctica and the only one to be powered entirely by renewable energy.

On the 9th of March, we were summoned to the top deck of the Sea Spirit at 7 AM for the Iceberg Ceremony. We watched a series of massive tabular icebergs floating by. These were remnants of the Larsen B ice shelf that had collapsed 11 years earlier.

Robert Swan said, “Back in 2002, most people did not believe in climate change. When it started to collapse,” he pointed across to the iceberg, “scientists said it will take a long time to collapse, but after the cracks were first noticed, it went down very fast and collapsed in less than 4 weeks. So, throughout the day you will see these icebergs where they should not be. Now, you have seen climate change impacts already happening here, you must help spread the word and ensure the world leaders take decisive action before it is too late.”

The Antarctic ice sheets represent a volume of 32 million cubic km and if melted, it would cause sea levels to rise by over 200 feet! Even partial melting of these great ancient ice sheets could inundate large parts of low-lying countries.

According to projections, just 1-meter rise is sea water levels will submerge 17,000 square kilometers of land in Bangladesh, affecting 15 million people. In such a scenario, no army or boundary wall could effectively stop the influx of climate refugees into neighboring areas in India, leading to catastrophic civil unrest.

The International Antarctic Expedition opened my eyes to the threat of climate change, the vulnerability of our region and the way forward to avoid catastrophic collapse of the planetary ecosystems. When he set up the ‘E-base’ in 2008, Robert Swan had become the only private person in the world to have a base at Antarctica. He set it up to prove that if such drastic changes can be made in the harshest conditions, it can be done anywhere in the world. His famous quote will continue to inspire millions for a long time- ‘The greatest threat to the planet is the belief that someone else will save it’. 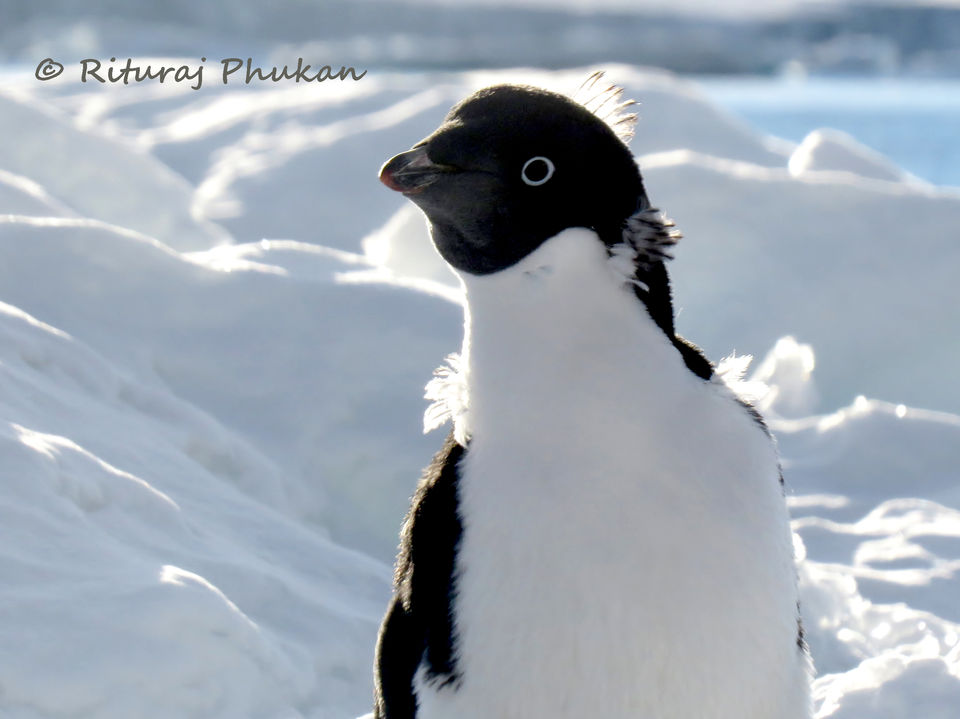 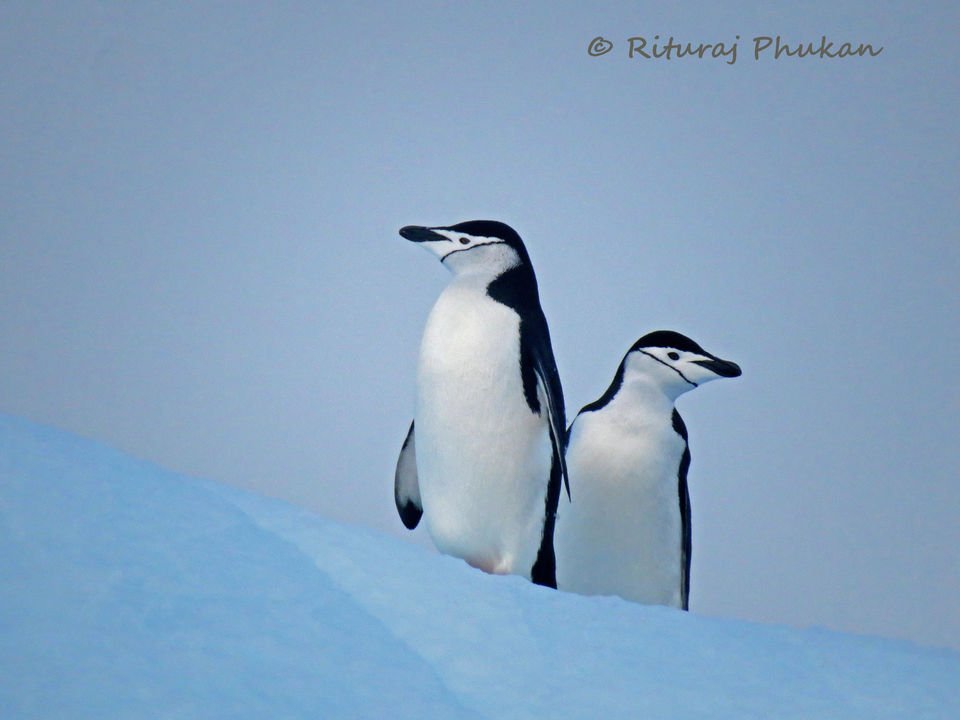 Antarctic Fur Seals & penguins are seen all over Antarctica. 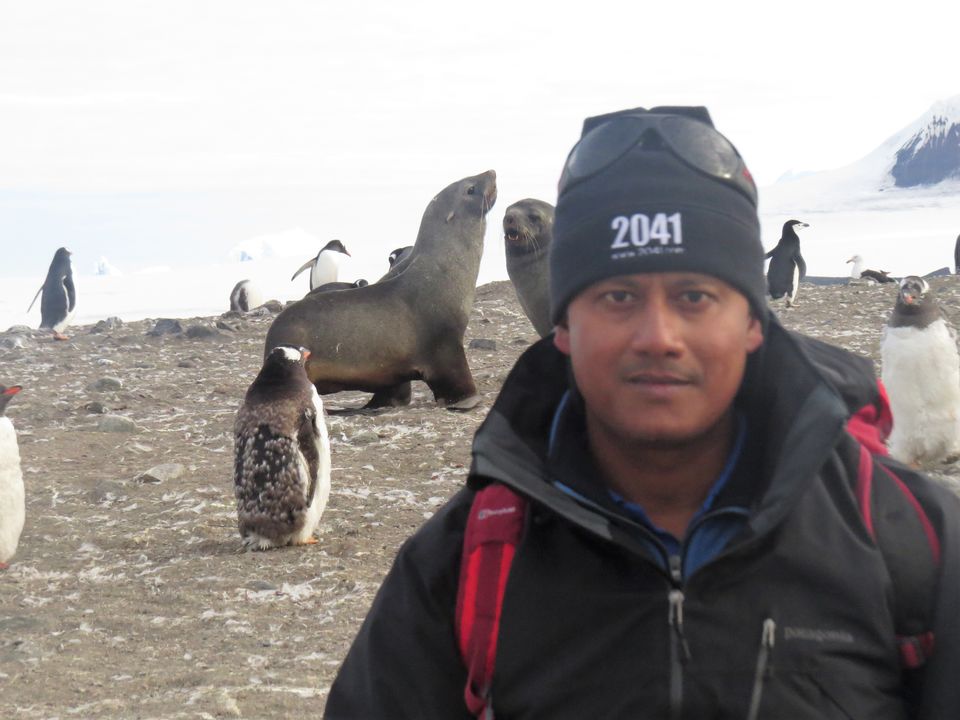