Where to go abroad for the first time 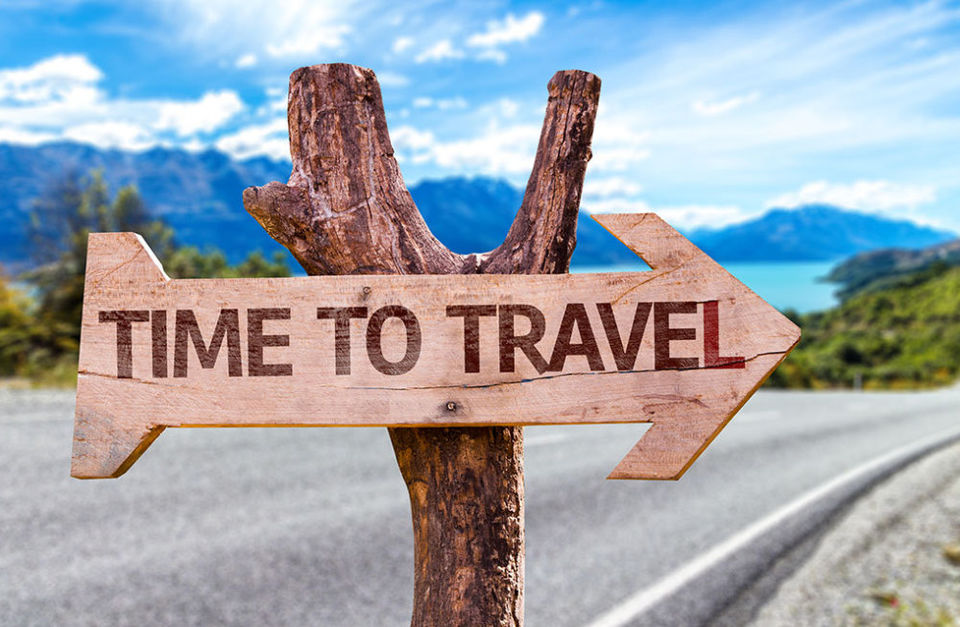 Preparing for an independent journey is longer than buying a ready-made tour, but more interesting and not like the others. To save on airfare, plan travel and find good accommodation, read our guide for those who want to travel on their own . And in this article, we have collected five ideal countries for the first vacation without a package tour.

For your first vacation abroad, go to Riga and walk around the maze of narrow streets in the Old Town

Why Latvia: A close and understandable Europe without language problems.

What with a visa: To travel to Latvia, you need a regular Schengen visa .

When to go to Latvia: Best in Latvia from May to September. Lie on the beach and splash around in the Baltic Sea come from late June to late August. And in December you will go straight to the Christmas markets.

Latvia is a foreign country, but not quite: everything is spoken here from schoolchildren to pensioners. So you will be told without any problems how to get to the street where “Seventeen Moments of Spring” and “Sherlock Holmes” were filmed. Despite the Russian language, the atmosphere in Riga and other Latvian cities is European: narrow streets, organ music, castles, colorful houses, tower spiers and a pleasant crowd on a leisurely promenade. In order not to miss anything of interest, support the inner fire with Latvian cuisine. In addition to caraway cheese and peas with bacon, you will find an unexpected bread soup with raisins and cinnamon, as well as bread ice cream.

Even if you only come to Riga for the weekend, consider that the first experience of traveling in Europe was a success. In addition, from the capital not far from Jurmala: at the same time you will relax at sea. The next level is to sit down at the map and plan a trip around cities, beaches and national parks of Latvia. You can ride the buses and trains - try, it's easy . You can booking a hotel, at the Planet of Hotels, for the affordable prices.

Good route for the first independent travel in Latvia

1. Fall in love with Riga . Stroll among the houses in the Latvian Jugendstil, find a monument to the Bremen Town Musicians, listen to the organ in the Dome Cathedral and recall the taste of Riga Balsam.

2. Hang in Sigulda . Polihachte on the bobsled and ski slopes, listen to the echo in the cave Gutmany and explore the ruins of Sigulda castle. Do not forget about the ruins of Krimulda and the restored Turaida castle with love.

3. Visit Cesis Castle. Climb the narrow spiral staircase to the tower. And then in the twinkling of candles in hand vintage lanterns, go down to the basement, where there used to be a prison.

4. Stroll through the streets of Bauska. Find the elegant town hall and look at the old cannons in Bauska Castle. At the same time admire the magnificent Rundale Palace - it is 15 minutes away.

5. Get out of the sea foam in Jurmala. Take a dip in the sea and chase in the water park, and when you want diversity, walk along the trail of the Great Kemeri Marsh and drive to the pretty town of Tukums.

Where to go for the first time myself abroad? Of course, in friendly Georgia

Why Georgia: They speak Russian, prepare awesome khachapuri and receive guests as relatives.

What with a visa: In Georgia, Russians can spend a whole year without a visa . Just do not forget the passport.

When to go to Georgia: Georgia is especially beautiful in May-June and from September to early October. Trekking in the mountains is good from June to September, and December-April - it's time to go skiing.

In Georgia, it’s good and calm even to those who have not left their own summer cottage. The locals are so hospitable that it’s easier to search the road in the old fashioned way without a navigator, and conversations themselves turn into toasts. Relaxing, you notice that a handsome Kazbek emerges from the clouds, ancient temples look from the hills, and even the usual stall with a churchkhela looks like a treasure chest. The menu in the restaurant you want to sing, but not read: hinkali, lobio, pkhali, ajapsandali, ojahuri.

Classes in Georgia are for everyone. Swim in the sea, take a trip to the mountains, take a bath in the sulfur baths, wander through the cave towns or arrange a tour of the wine farms. If you want everything at once, so much the better. At the same time, make sure that independent travel has nothing to do with the plot of the film “Survivor”.

1. Become your own in Tbilisi . Consider the carved balconies in the Old Town, try the healing power of sulfur baths in the Abanotubani quarter, climb the cable car to the Narikala fortress, and finally buy a horn for wine at the flea market.

2. Take a ride on the Georgian Military Highway. Cross the Cross Pass, listen to the roar of the Terek and fall in love with the mountain scenery. Stay overnight in Stepantsmind or Gergeti and hang out khachapuri with a view of Kazbek.

3. Try wonderful Georgian wines. In two days in Kakheti, you will have time to taste drinks in five to ten wine farms and wineries, and at the same time be impressed with the size of kvevri . You can stop in Sighnaghi or Telavi, both towns - as in the picture.

4. Visit Mtskheta - the oldest city in the country. Put a candle in the cathedral of Svetitskhoveli: according to legend, the tunic of the Lord is buried under it. And go up to the temple of Jvari, about which Lermontov wrote in “Mtsyri”.

5. Go deep into the cave cities. In Uplistsikhe, where Queen Tamara was crowned, do not slip through the ancient pharmacy. Take at least half a day to Vardzia to thoroughly explore hidden tunnels, steep stairs and cave temples.

6. Relax on the sea in Batumi. Substitute the sun's sides right on the city beach. Or make a jerk on the shuttle bus and find yourself in Kvariati, Gonio or Sarpi, where the water is bluer and the scenery is prettier.