Budapest Travel GuideBudapest TripsSegway Ride In The City Of Budapest

Segway ride in the city of Budapest

Budapest is a combination of 2 citoes- Buda & Pest. These cities are separated by the river Danube.

The city of Budapest, like any other European city is best explored on foot.
We had the best time walking to  & fro the Chain Bridge.
The illuminated chain bridge at night is just a treat to the eyes.
Also a part of the song Jag Ghoomeya( female version) of the Bollywood movie Sultan was shot at this iconic spot.

We had heard a lot about Segway tours in Budapest.
Hence after a quick tour of the Hungarian  Parliament, we raced towards the chain Bridge.
There are many guides offering Segway tours.

Since we were a bit shot of time, we took the 30 min ride.
We chose the St Basilica church route since there would be lots of open space there to try out Segways!

Since it was our first time on the Segway, we were given a quick tutorial in the inside lanes before we took to the roads.

A but of negotiation is required on the prices.
We got a deal of EUR 15 per person. Tipping is optional!

The guide took us carefully raound the block leading to St Basilica square. He told me off a few times for trying on a few antics! But he did have the  responsibility to get us back without broken bones!
( Note : They make you sign a waiver. No loose ends for them. )

Once we reached the Basilica square, we had around 20 mins to race the Segway throughout the large area. We also met some fellow Indians over there on their own Segways!
We find Indians everywhere right!

Out guide, who was from Iran  also made a video of us zooming around.
I had many a almost falls, but never an actual one, so I can't tell you guys how much it may hurt of it falls!

Soon our 30/40 mins were done and we were back on solid ground!
A ride to remember definitely! 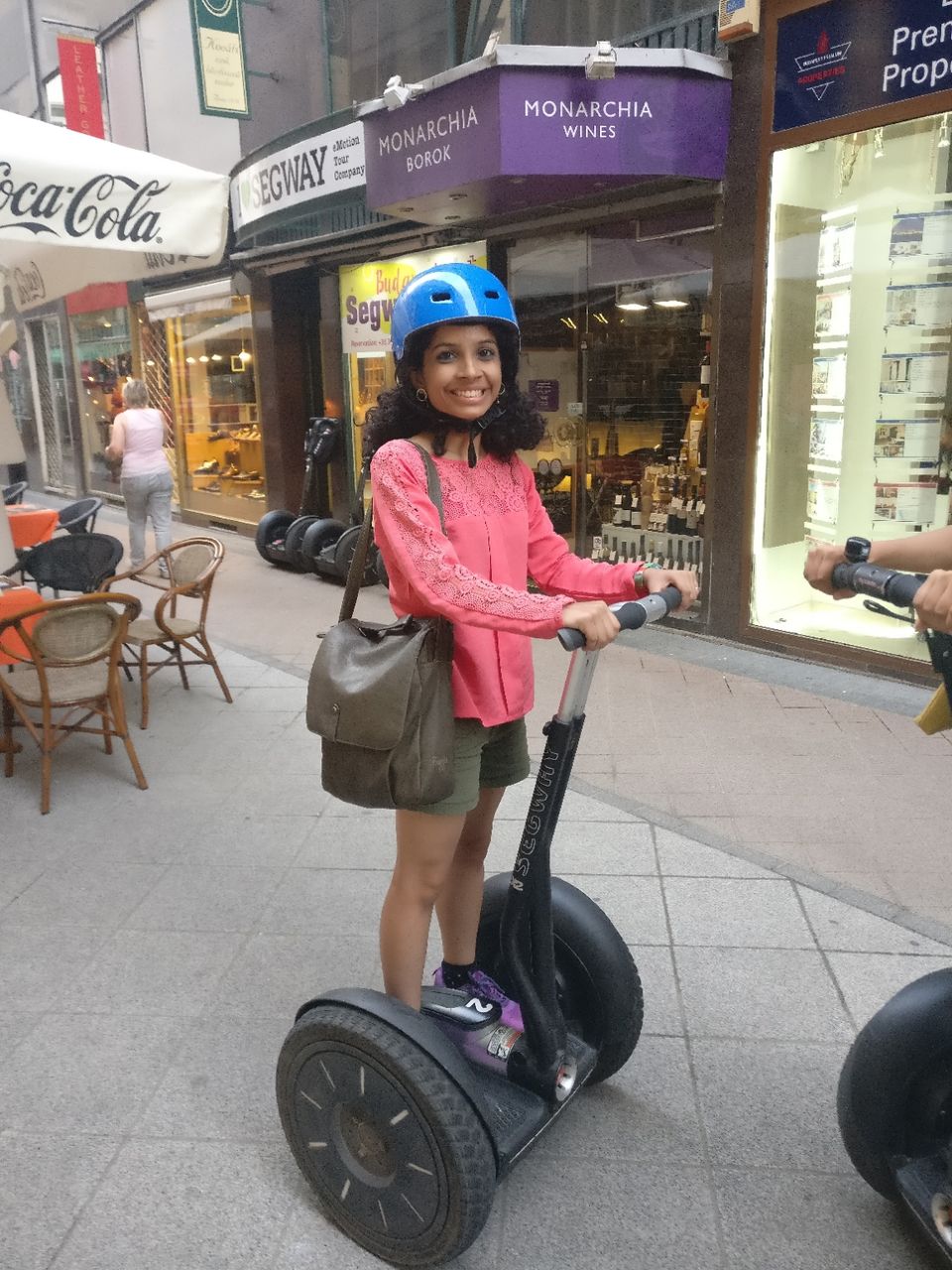 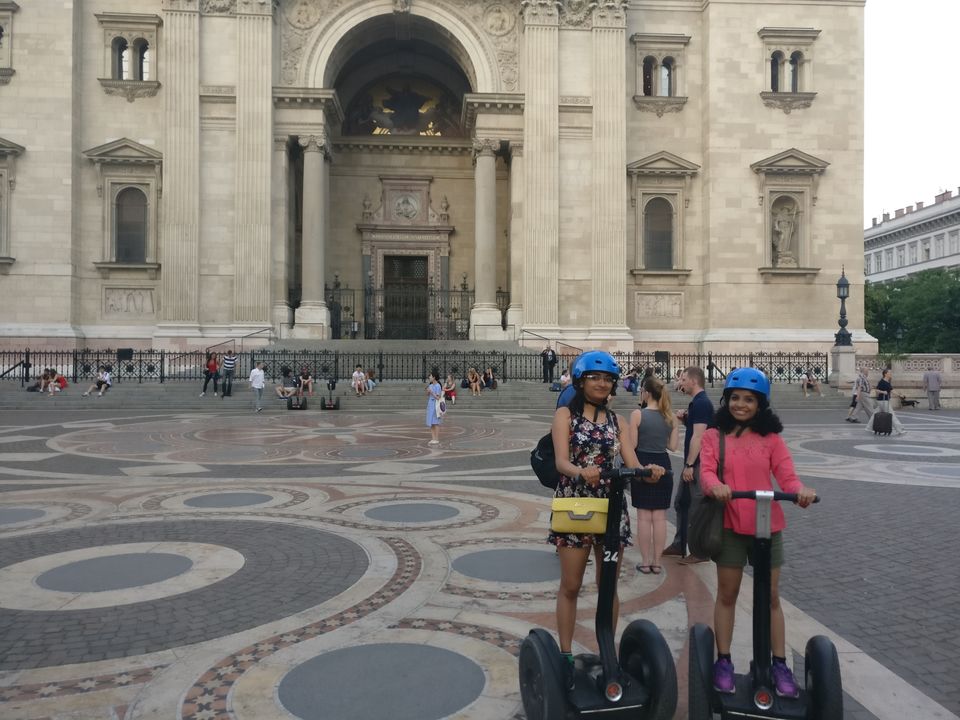 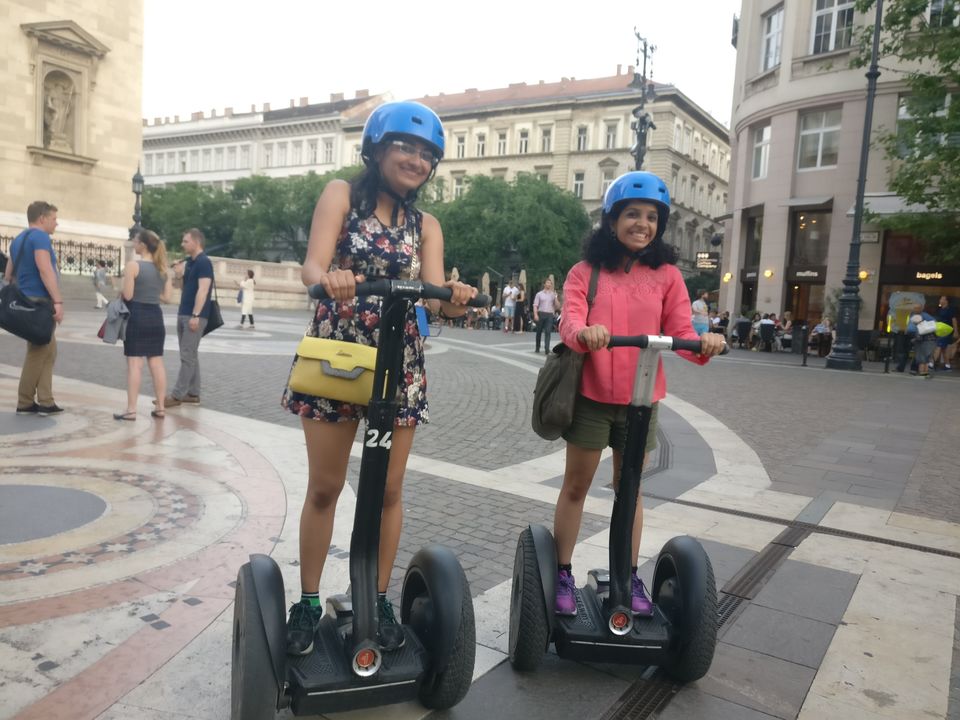 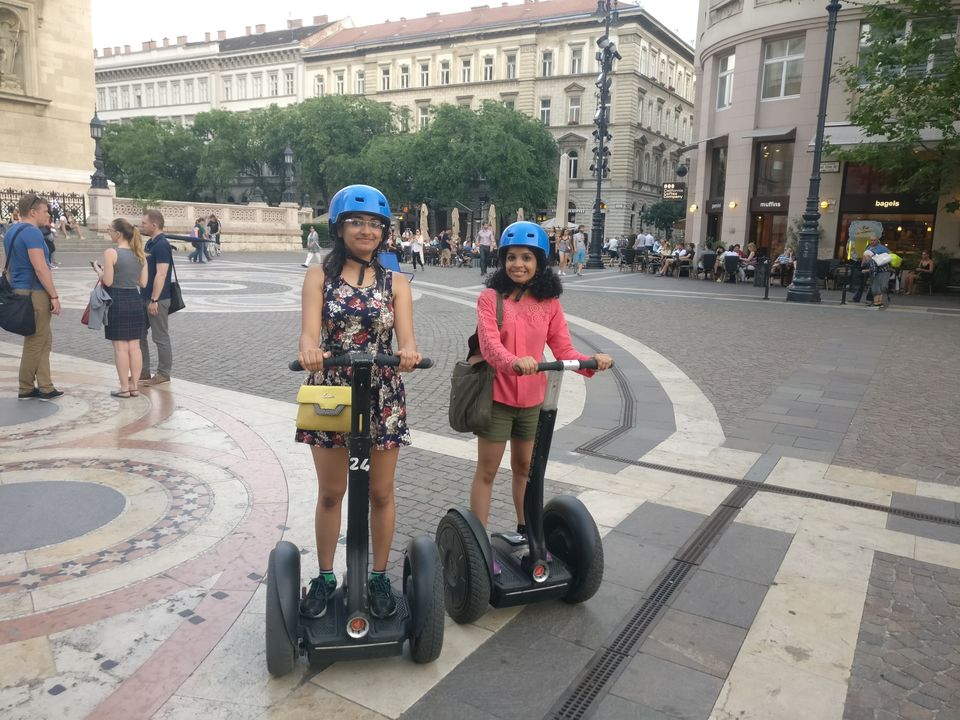 No cars. Zoom along on your Segways! 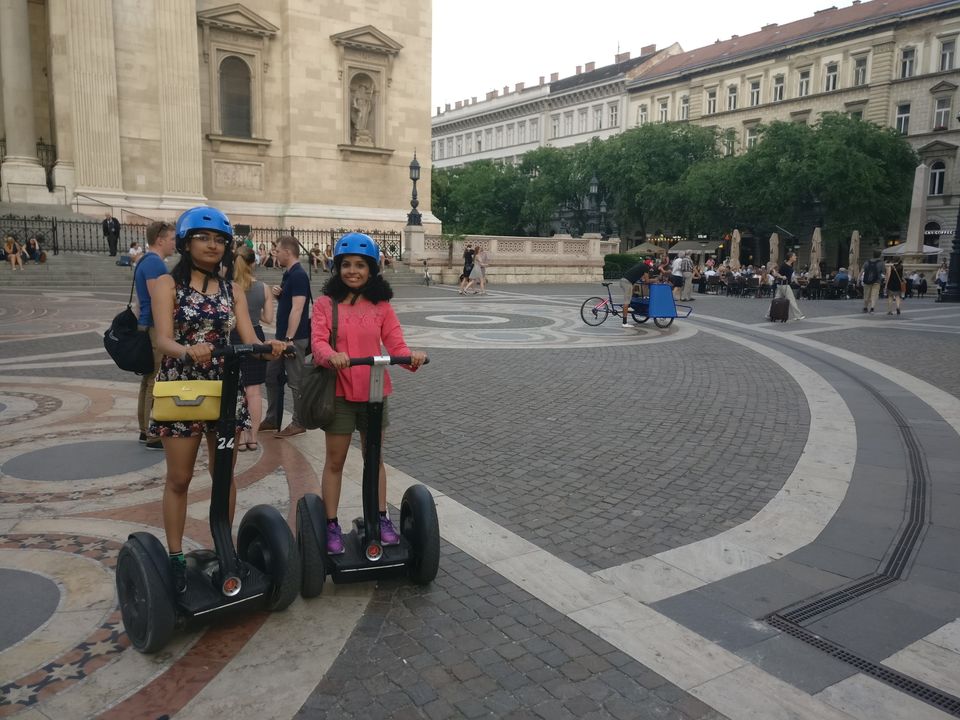 These rates are negotiable! 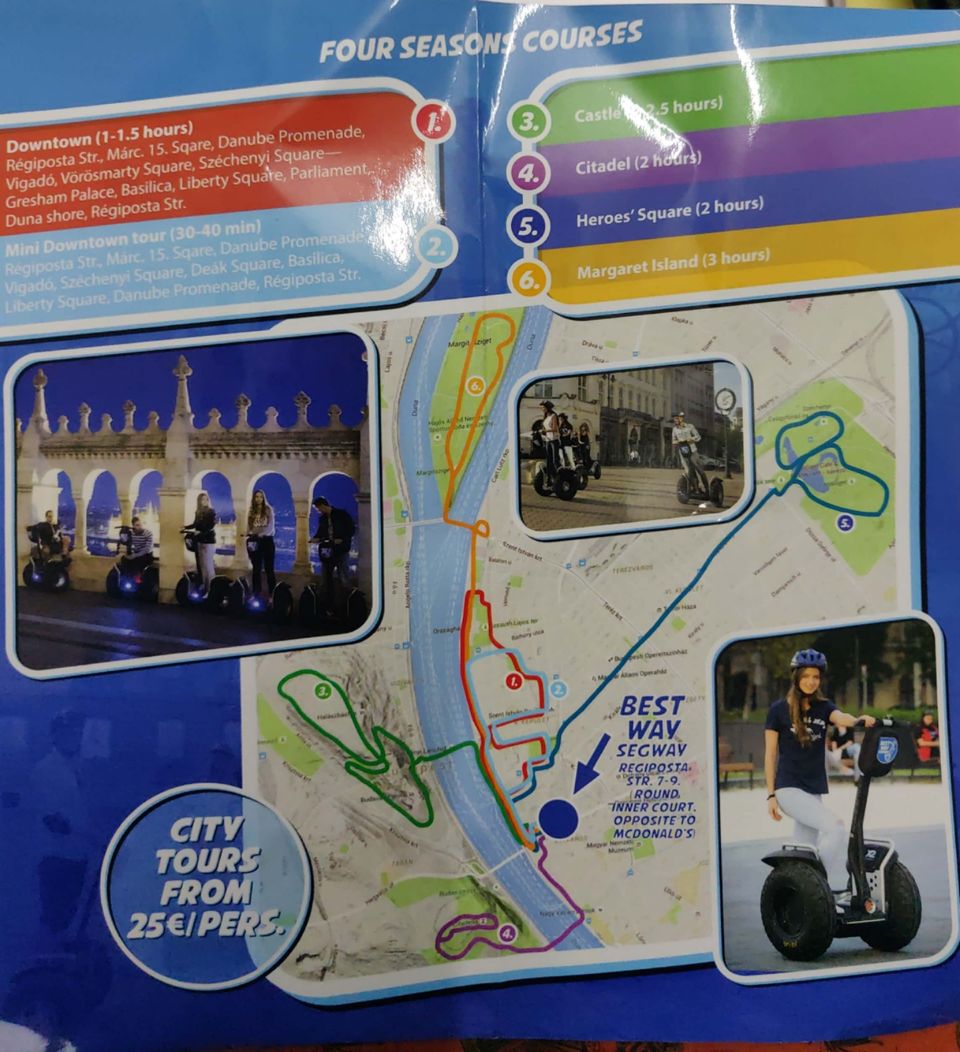 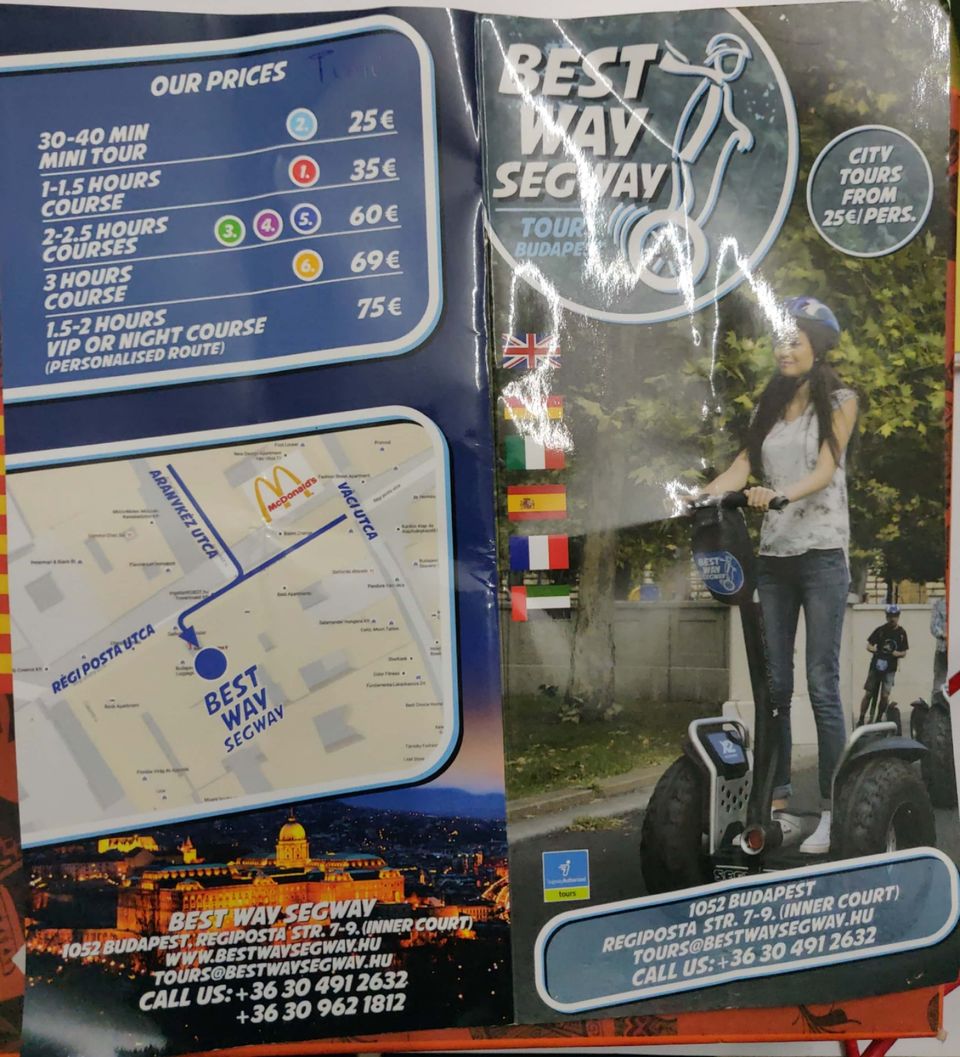