China is the second largest country in the world in terms of land area and also the most populous. To say that you can experience all that it has to offer in a month would be wrong. But, who says we can't try?

From the Han population in the East to the Uyghurs and Tajiks in the West, Chinese culture is an intricate blend of multiple ethnic groups. Eastern China is what most people are aware of as the China bursting at its seems, chasing globalisation at an almost precarious pace. Cities like Shanghai, Shenzhen and Beijing lay testament to the economic advances and the aspirations of the Chinese. Fast joining the list of global megacities they epitomize a newfound longing for modernity.

Central and Western China on the other hand is still reclusive compared to the East. With a mixture of several minorities spread across areas of the Tibetan Plateau and Xinjiang, the region is much more diverse and offers naturally stunning landscapes and a plethora of forgotten relics.

Our journey will start from Shanghai and follow a counter-clockwise loop covering areas of northern, central and southern China. The itinerary is flexible in terms of places to be visited and duration of stay at each spot. Read on for in-depth information about our stops along the way.

Our first stop is this sprawling metropolis with its relentless advance into the heavens. The Paris of the East, the Oriental Pearl. The city with a pulse. Shanghai will toy with you like no other place has ever done before. And trust me, you won't mind. Home to almost 20 million people and expanding at a feverish pace the city blends the old and the new with practiced ease. Our 5 days here will be spent mapping Shanghai like the locals do. We take to the city armed with nothing but a map, a Shanghai Metro Card and good shoes. We will cover everything from the city's many street-markets (Dongtai, marriage-market) to intriguing museums while stopping by at the major tourist sites along the way. We'll climb bridges (Lupu Bridge) at sunset and practice Tai Chi in the early mornings. Delectable street food after hitting the many bars in the city is also on offer! 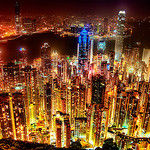 The capital city is considered to be the artistic and cultural center of the country with Shanghai playing catch-up. Spread over a mammoth 6,337 sq. mi. of flat land, Beijing or Peking is one of the four great ancient capitals of China. After spending a day walking on and marveling at the Great Wall, we scour the Night Food Street for some delectable (read- cockroaches, spiders and fried ice-cream) offerings and then wash it all down at the nearest bar-street. The next day, we take on the Tian'anMen Square (world's largest public square) and the mighty Forbidden City with a painfully brief stop at Chairman Mao's Mausoleum. For dinner we try the famous local delicacy- The Beijing Duck. In the next few days we decide which spots to visit from a multitude of options. Places worth exploring - The Summer Palace, Olympic Site, DaShanZi Art District, the hutongs and the many temples spread across the city. 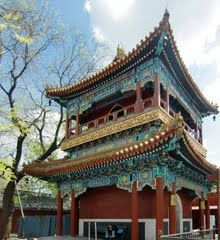 An overnight train journey from Beijing brings us to this slow, nonchalant city. 715 km from Beijing, Pingyao is one of the best preserved ancient walled cities in China. We spend 2 lazy days here walking around the city and the city walls and trying out the local cuisine before heading further west towards our next stop, Xi'an. 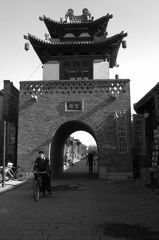 Another overnight train and we are in Xi'an, one of the ten oldest cities in the world, dating back to 2205 B.C. Like Beijing, Xi'an is one of the four ancient capitals in China and the starting point of the Silk Road. We spend our first day settling down in a hostel and walking around the city. Some places we will visit are the light show at the Giant White Goose Pagoda, Shaanxi History Museum, Drum & Bell Towers, and the Muslim Quarter (food alert!). The next day we head to the famous Terracotta Army, a 45-mins drive from the city. Discovered by local farmers in 1974, the Terracotta Army is now the single biggest attraction around Xi'an. After spending almost a half a day at the site, we head back to Xi'an for a nice local dinner and some rest. On our last day in Xi'an we bike on the city wall and get our tickets for the onward journey to Xiahe. 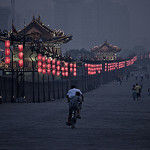 A train ride from Xi'an to Lanzhou and then a 4-hour bus journey brings us to Xiahe. Xiahe is a is a tiny Buddhist town in Gansu province and home to the Labrang Monastery, the biggest monastery in China outside the Tibetan Autonomous Region. There is nothing much to do in this town apart from visiting the monastery but we stay here for 3 days nevertheless. After our visit to the monastery, we can trek the mountains surrounding the town for spectacular views of the monastery. Biking to the Sangke grasslands and camping out there for a night is also possible if the weather holds up fine. It is doable on a bicycle plus the views more than make up for the effort. 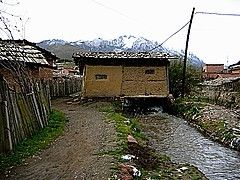 The early morning bus ride from Xiahe to Langmusi will probably be one of the most picturesque you have ever been on. The road cuts through vast grasslands peppered with grazing horses and tents adorned with prayer flags swaying in the gentle breeze. The stark green of the grasslands blends with the crisp blue sky somewhere in the distance. If we are lucky we might be able to convince the driver to stop and let us enjoy the landscape for a bit. Langmusi (Takstang Lhamo) lies on the border of Gansu and Sichuan provinces and is famous for its architecture and horse treks. We spend our two days here exploring the Sertri and Kirti Gompas, the Hui Mosque and horse trekking in the grasslands and interacting with the local population. 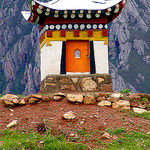 The land of hot-pot and Pandas, Chengdu will be a nice little change from our rural sojourns in the past few days. We take a bus from Langmusi to JiuZhaiGou, spend a night there and then another bus to Chengdu. Things we'll do in Chengdu - rest, visit the pandas, hot-pot, more rest. A side trip to Leshan is highly recommended to witness the sheer enormity of the Leshan Giant Buddha. Carved into the side of a cliff, it is a sight when viewed from a ferry on the river. 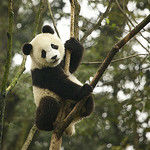 An independent traveler's mecca, Dali is one of my favorite places in China. Flanked by the Cangshan mountains and Erhai Lake, the city is divided into Dali New City (Xiaguan) and Dali Old Town (Gucheng). With good hiking options in the mountains and small minority villages along the lake, Dali offers a gamut of activities to choose from. We'll spend a day hiking the Cangshan mountains (with or without taking the cable car to the starting point) for some stellar views of the town and Erhai lake. After a tiring but fulfilling day, we head to Yi Rang Tang in Dali Old Town for a scrumptious veggie buffet prepared by Buddhist monks. It is all-you-can-eat for less than a dollar, but the bowl has to be licked clean. No wastage whatsoever. We finish the day sauntering around the old town hitting a few bars if we feel like it. Another popular activity is renting bicycles and riding the circuit around the Erhai Lake while stopping at some of the minority villages and interacting with the locals. The weather was not in my favor the last time with incessant rain, but it still made for some memorable moments enough to make me come back. 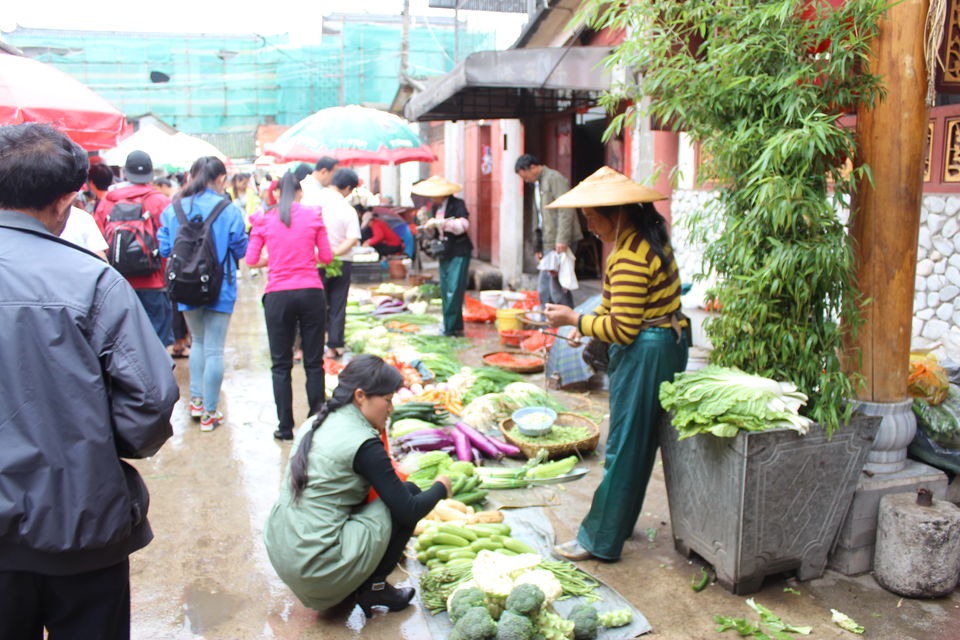 The capital of Yunnan province and the starting point for travelers headed to Vietnam, Laos and Myanmar, Kunming will be our stop for a day to rest and stock up on anything we might need for the long train journey (20 hours) to Yangshuo. 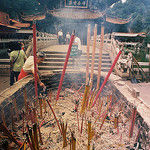 Yangshuo vies with Dali or Lijiang as a tourist hot-spot offering multifarious outdoor activities. With an impeccable landscape of karst mountains and winding rivers, Yangshuo deserves a 4-day stop before wrapping up our trip. Far removed from the bustle of chaotic roads and traffic we have a host of outdoor activities to take on. A popular rock-climbing destination, the city has many agencies that help in organizing climbs and providing climbing gear. Bicycling in the fields is another option, although I prefer the mountain bikes in Dali to the rickety ones we get here. Other major tourist draws are taking a bamboo raft down Yulong River, swimming in the Li river and just ambling around the countryside. 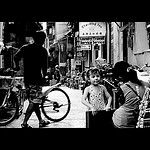 Back to where we started from. The Great China Loop is done! We go for some last-minute souvenir shopping and celebrate our successful trip with an elaborate dinner before heading our separate ways. Keep looping! 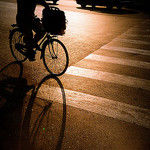