So, I have this habit of exploring the maps every now and then. It's something I love to do since childhood. I would see my current location and the places around me. And since I am in Coimbatore now which is a city very near to Kerala(it's my teenage love), I started doing it even more. Now after a lot of internet surfing, I decided this one good place called Siruvani. Since, I did not had any idea about the place, I made an itinerary of all the places we would be able to cover. The place is just some 45 kms from where I live. I persuaded my friends to accompany me. So we were more like a linguistic group, 2 Tamilians, 3 Kannadigas and ME(Indian :p). Now we thought of taking local transport as I am a hippy kind and don't like to travel by luxuries. We reached the Gandhipuram bus stop and waited for almost an hour as we missed the bus because I didn't see it(as everyone blames, there was no bus though, I have hawk's eye). Now, finally when we boarded the bus. Poseidon was all in favour of us. It was drizzling all the time. We reached to a 3 way road, one of which goes to Isha Yoga Centre and other to Siruvani Forest. We took an auto from there and all 6 died in it, me, I was hanging outside as it's my favourite place. I was so dumbstruck to see the mountains, all covered with dark clouds. It was still drizzling.

When we reached inside, this is what we saw. Siruvani river flowing calmly from a small passage, who knows that it was fierce when it started. Probably, experience makes everyone calm.

River at my back folks. 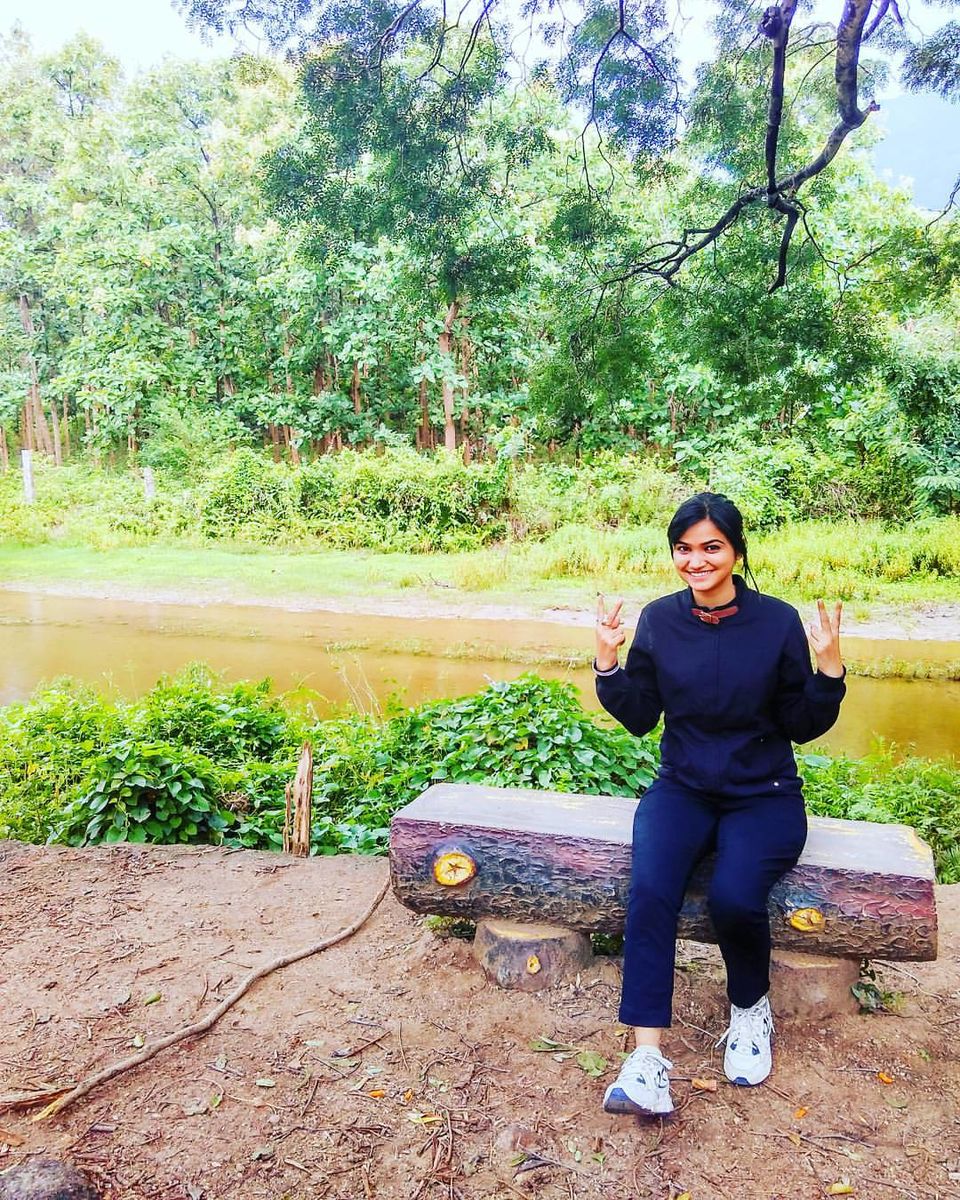 And by now I knew my itinerary was waste. We took the forest department bus after having some natural snacks. It gives a free ride. They dropped us to a place from where we had to trek inside the forest. 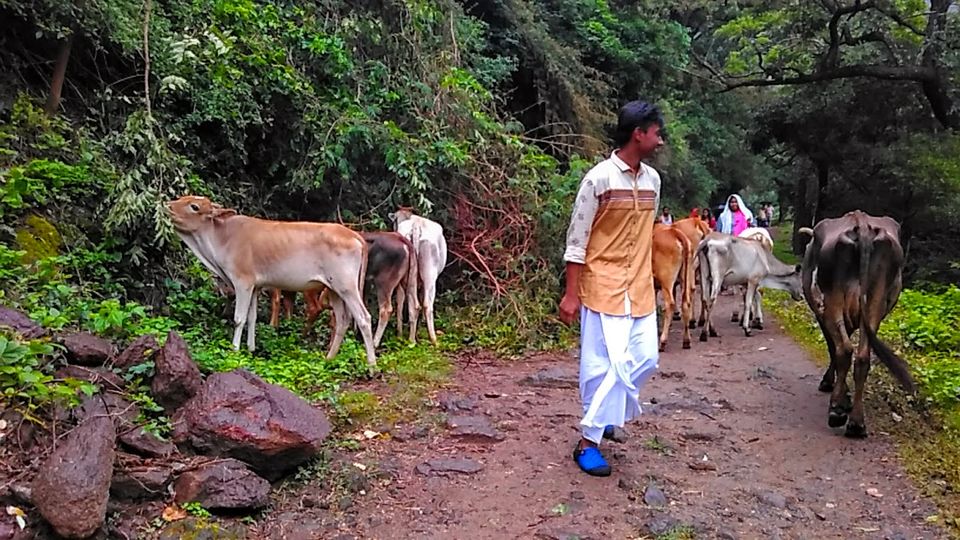 Now as we were moving in, it was getting even intense, monkeys accompanied us as well.

Finally after some 1km trek, we reached this point 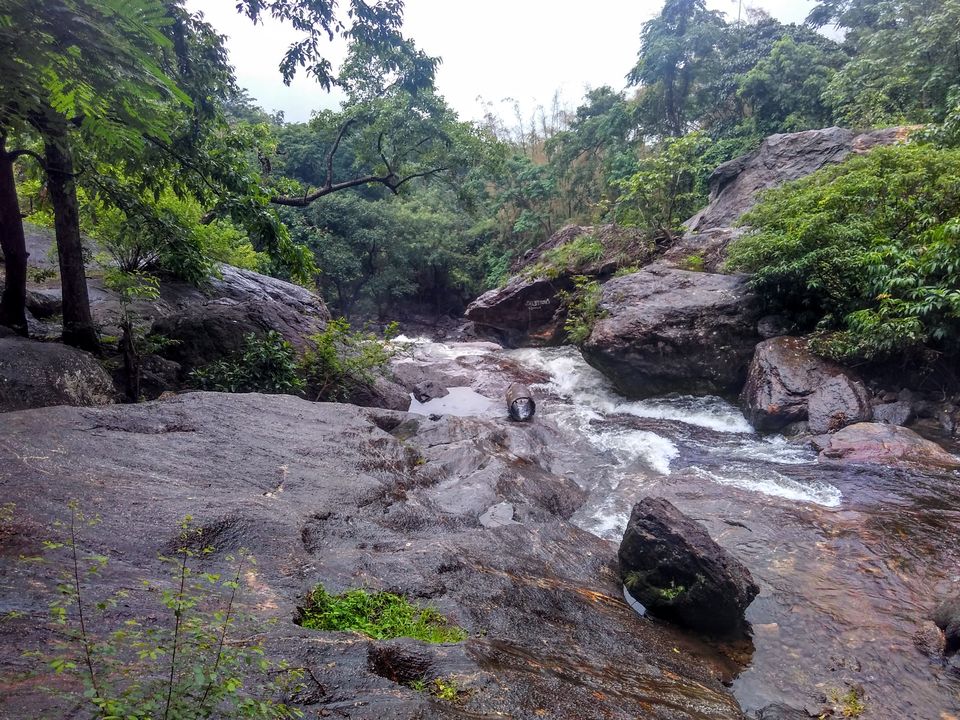 I thought to set us a tent here but this wasn't the end. These are the falls. Kovai Kutralam, as some would call them.

These falls gave me the greatest memories of my life. Kovai Kutralam falls. 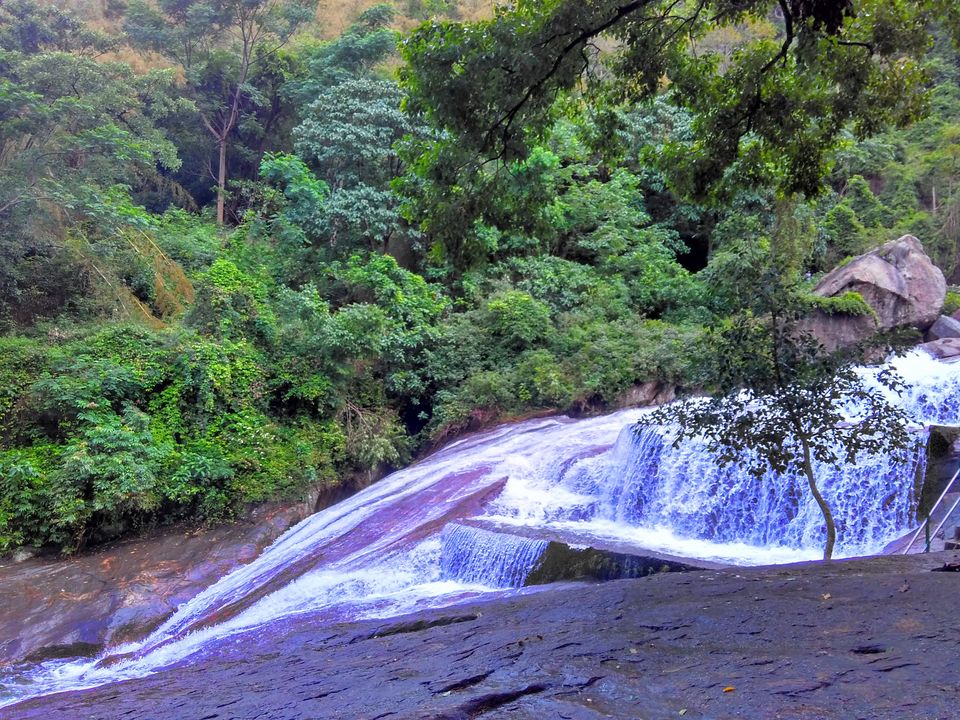 Free advice-take extra pair of cloths without fail for even the hydro-phobic people can't stop from jumping in that ice cold water. Now that I have said this, the thing which actually happened was, I came out of water within the next 20 secs. I couldn't breathe in it. I was sitting on these rocks near the falls and watching my friends standing beneath the falls. Now, I wanted to do it as I have this habit of doing things which I fear the most. I feel that this is the only way I would be able to conquer them. I closed my ears and eyes and asked my friend to pull me off in there. Once, I was in, I felt happy, numb, I don't know what it was. The water falling on my head felt like someone's throwing stones on it but I wanted to be there for once and all. It was a different feeling but I wasn't satisfied yet, I wanted more of it. We went down and I saw people sliding off the falls and falling into a pool formed by it. I thought that they are crazy but a minute later, I wanted to do the same. I told my friend and he asked,"Do you know swimming?" to which I replied "No" with the regular grinning face of mine. Later he agreed on taking me with him so that we can slide together. I said,"Okay". I reached to the place from where we were supposed to slide and he gave me these few instructions which almost were like a life saver for a non-swimmer like me. He told me not to think anything, don't breathe in water and once we get in the pool he would push me to front and I just have to push water back with my hands and another friend of mine will help me get out of water. At that time, I was just excited. But then he said, "Ready?" and I was like,"Sakshi, I love you, do it" and I said yes. Now we slided and I was in the pool living some last moments of my life. Those few seconds, my whole life was flashing in front of me. I thought I am going to drown but I just kept pushing for I love myself and I can't let myself die. And there I was, I did it. OMG, I don't have any words, that feeling can only be felt.

A racing picture but I think it illustrates it really well as my heart was racing faster than ever. 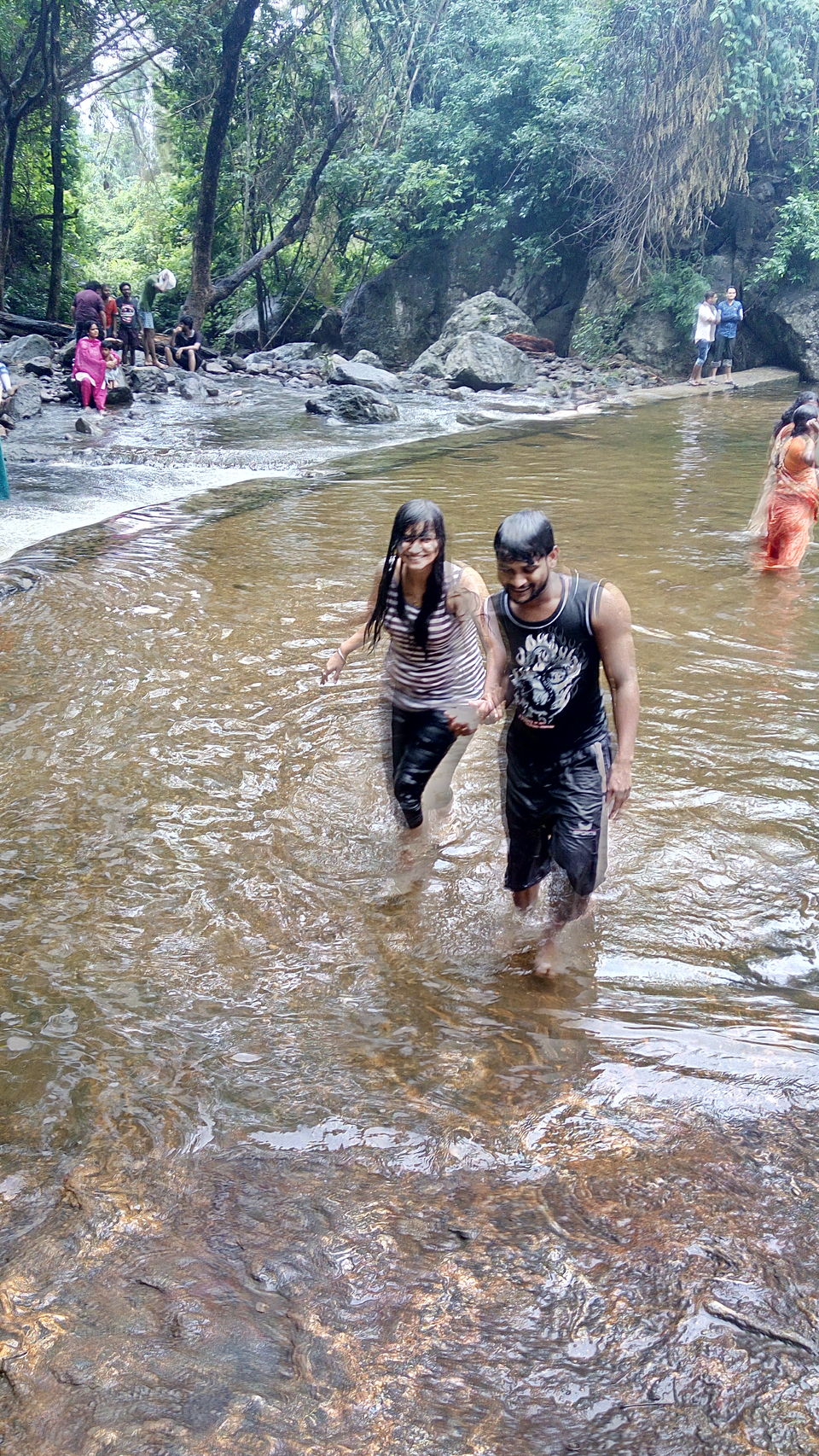 Only thing I can say is, now I want to jump off a mountain cliff into an ocean(I still don't know swimming).

I did the same thing again but this time I ended up holding a stranger's neck. :D :D And, I don't want to repeat it, so the first thing I would do is to learn swimming.

Some more pics from the journey. 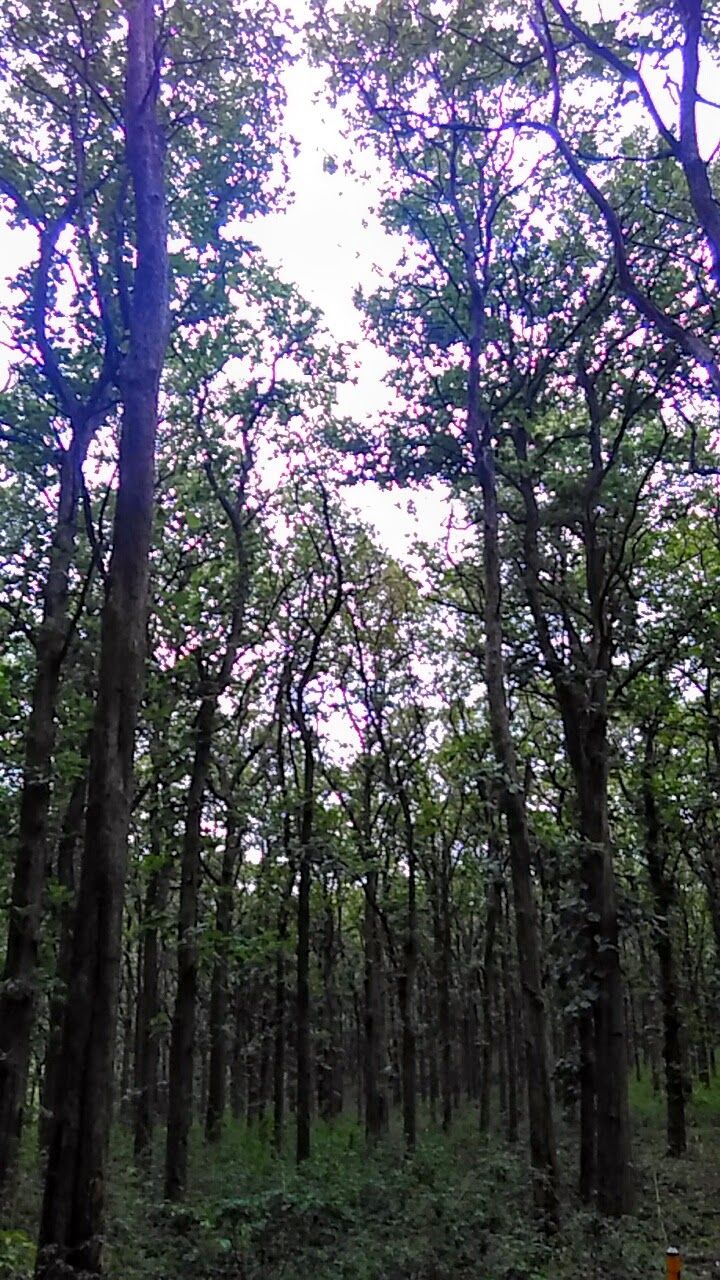 River making it's way through 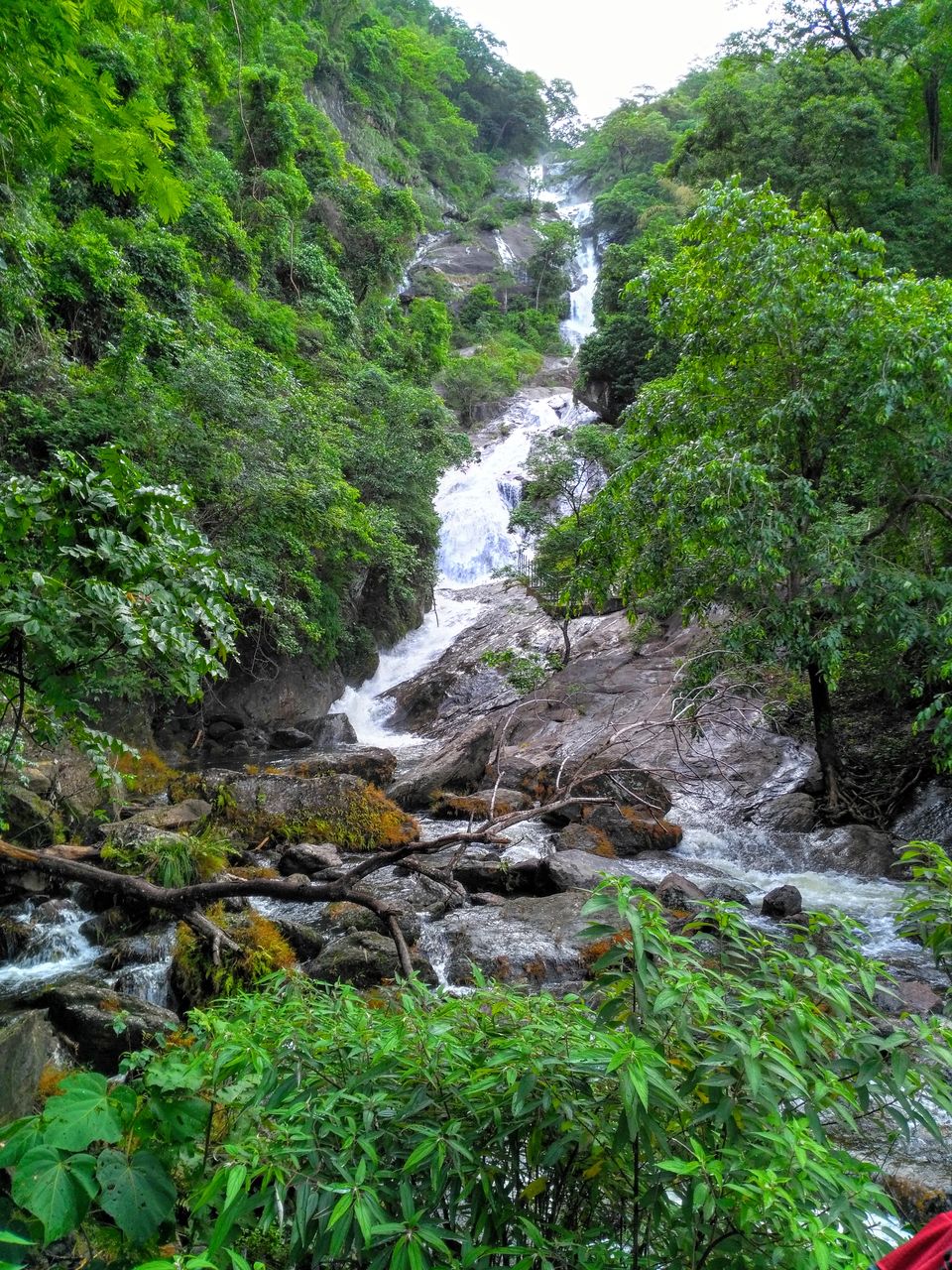 Honestly, don't know what this is but view from here was amazing. 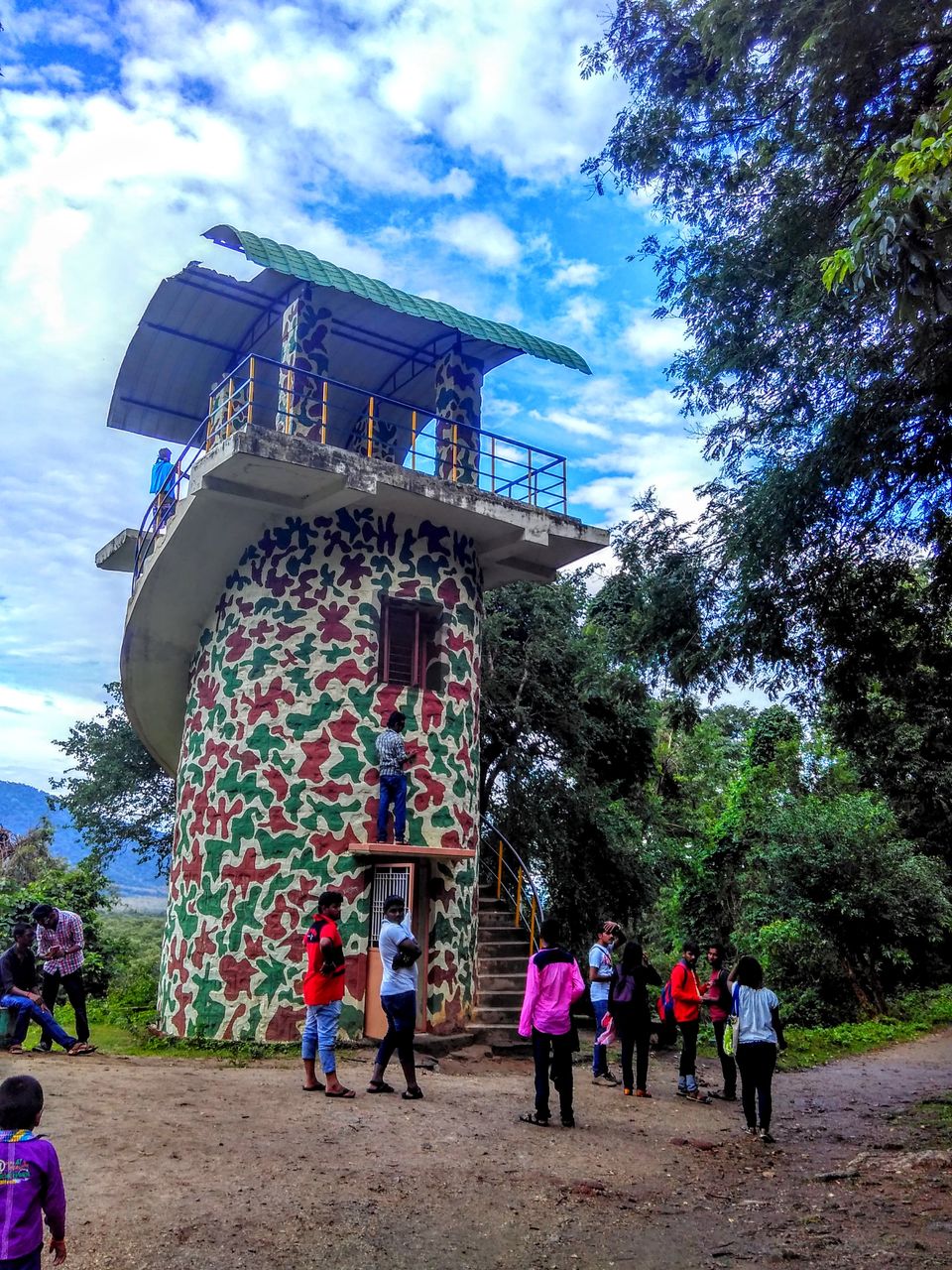 It was a small getaway but gave me some memories for lifetime, some experiences which I can never forget, some friends which I will have for lifetime and a weird nickname "Pineapple" for which I still don't know the reason.