The Goan memoir - A Travelogue 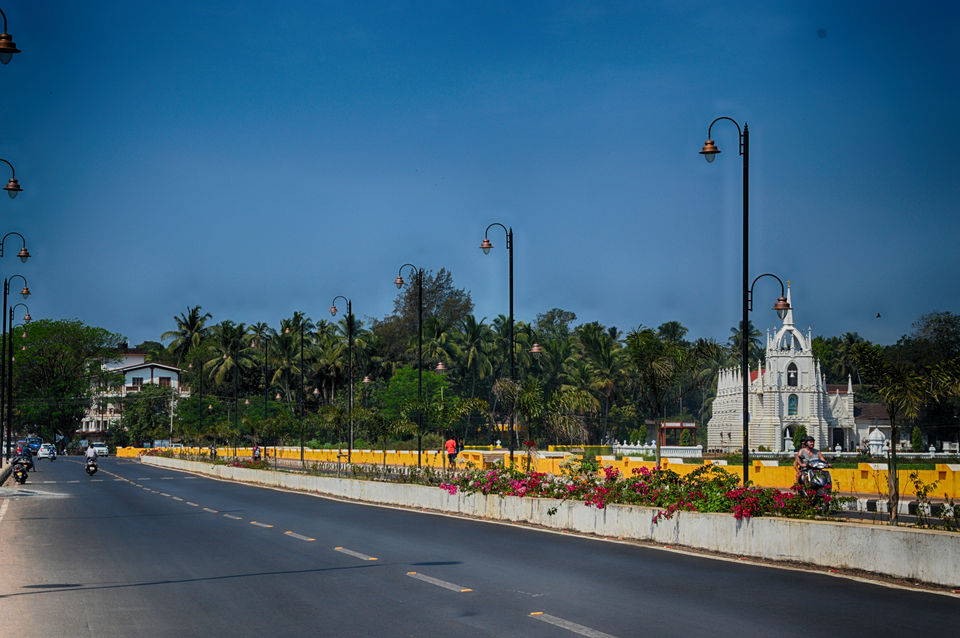 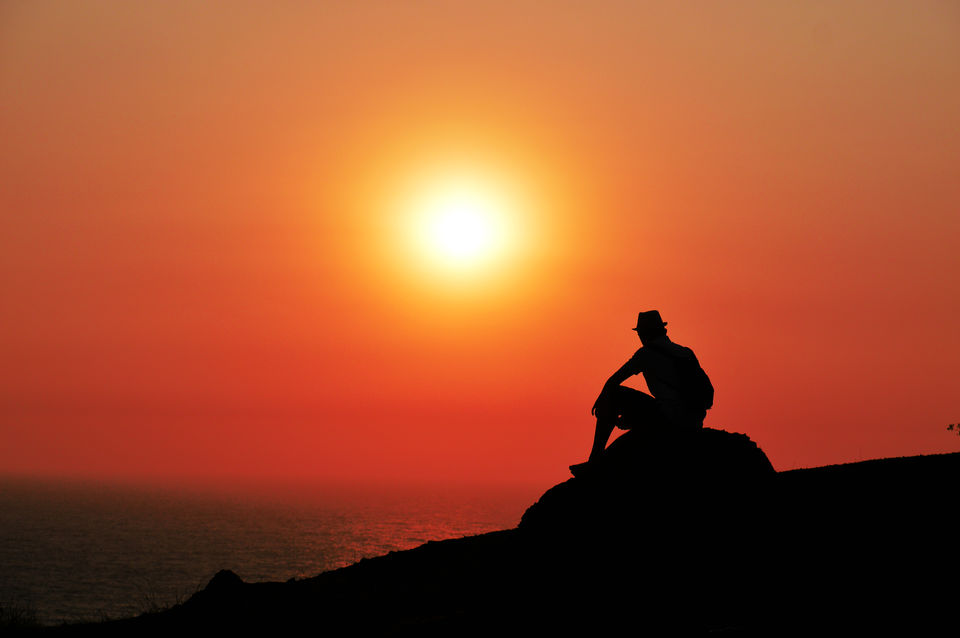 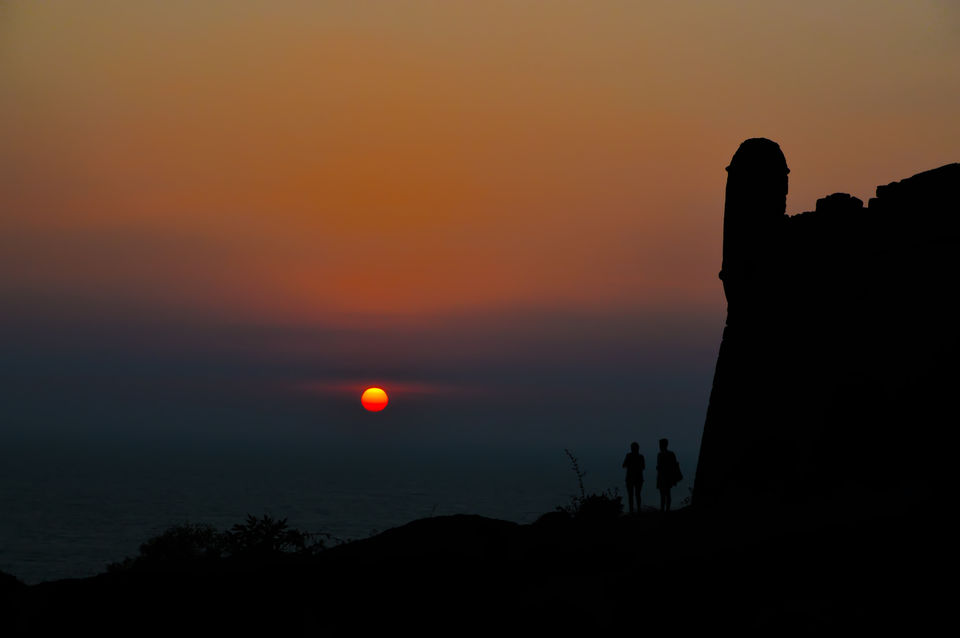 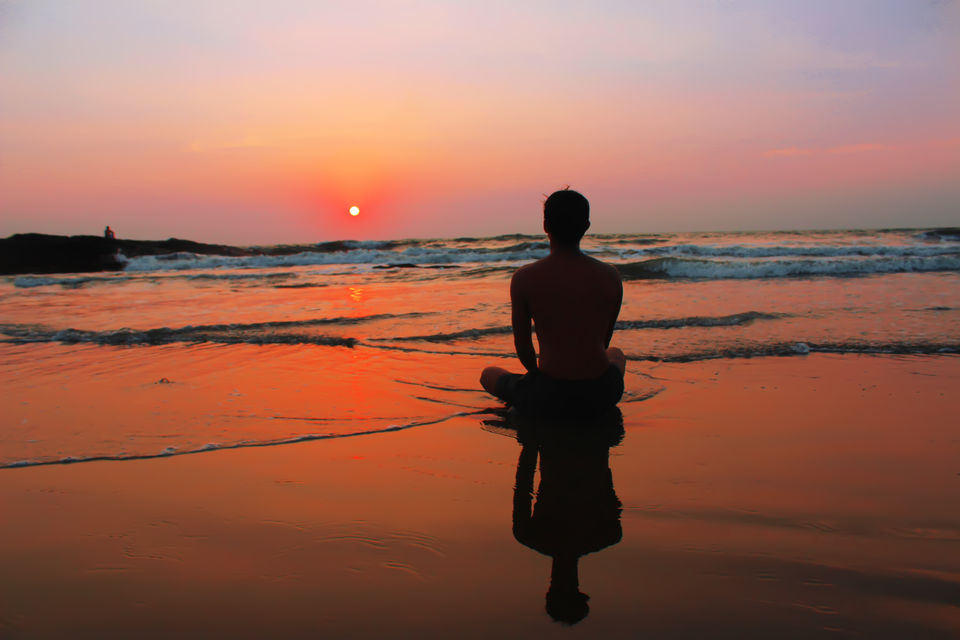 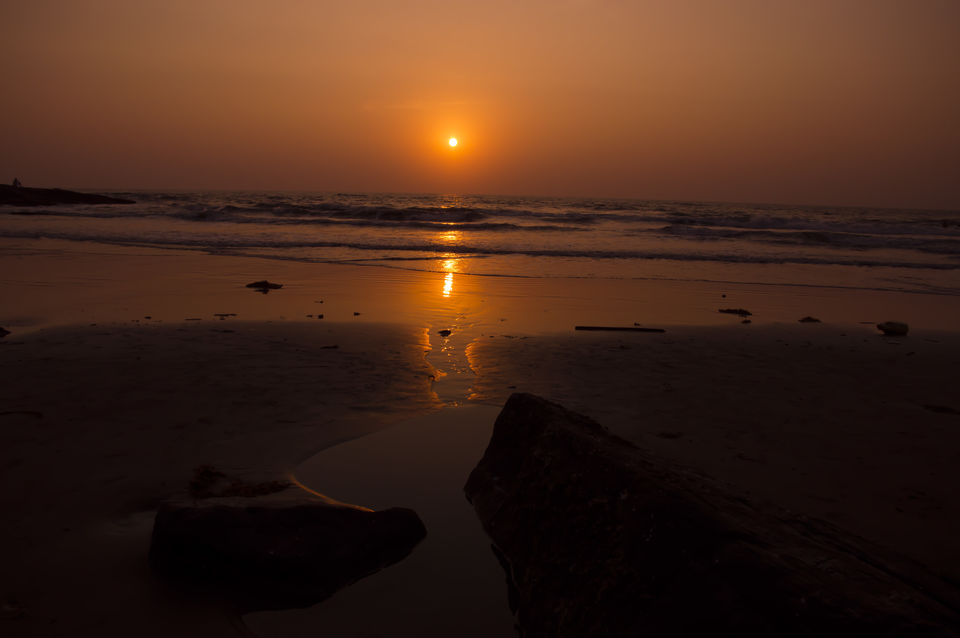 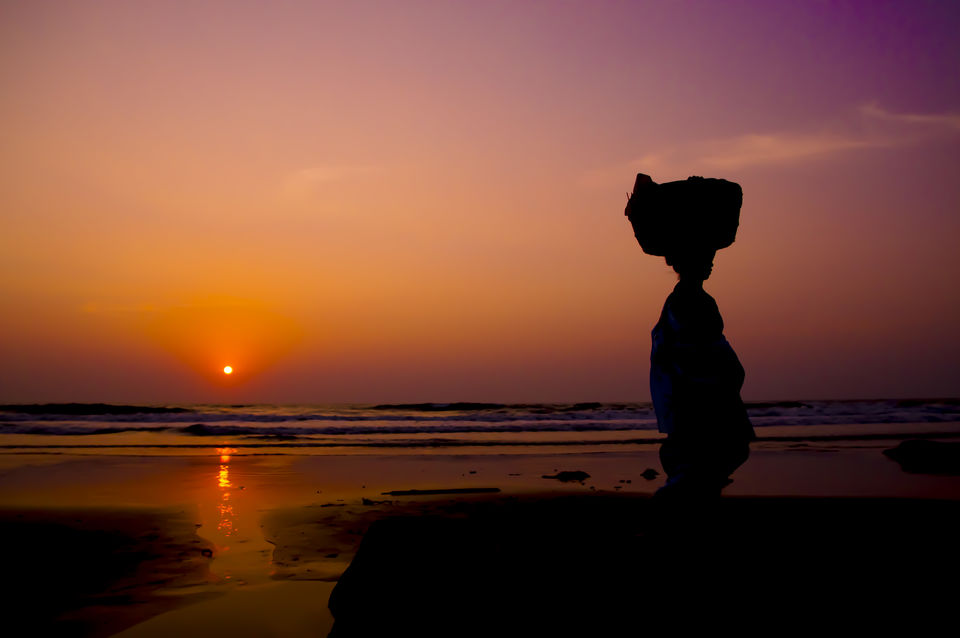 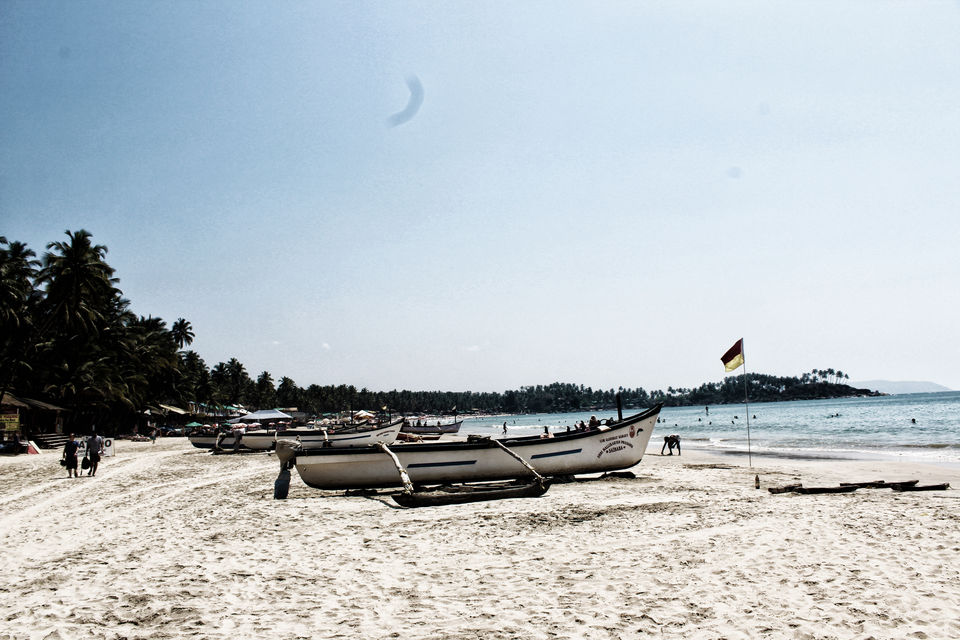 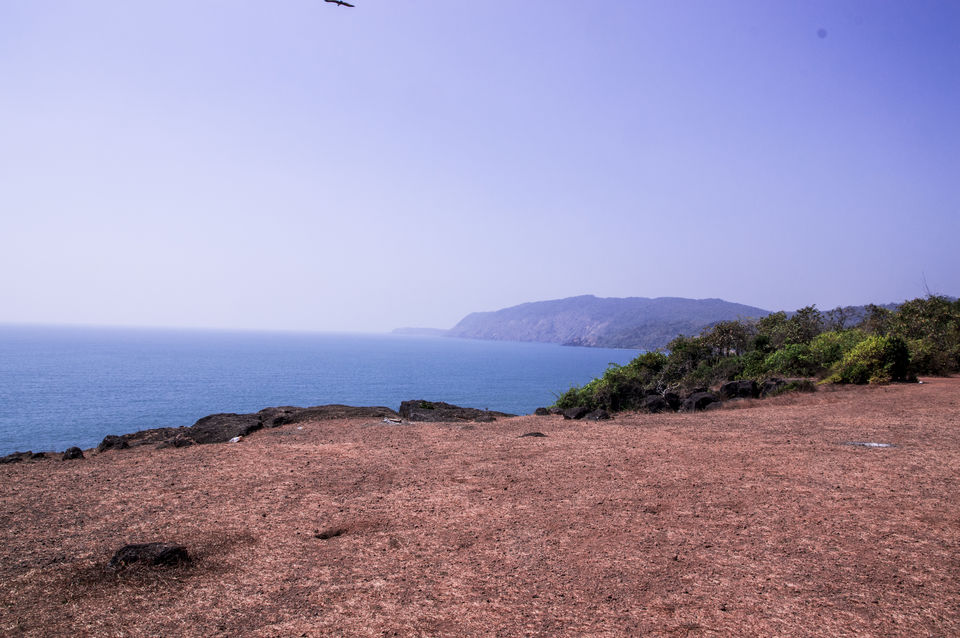 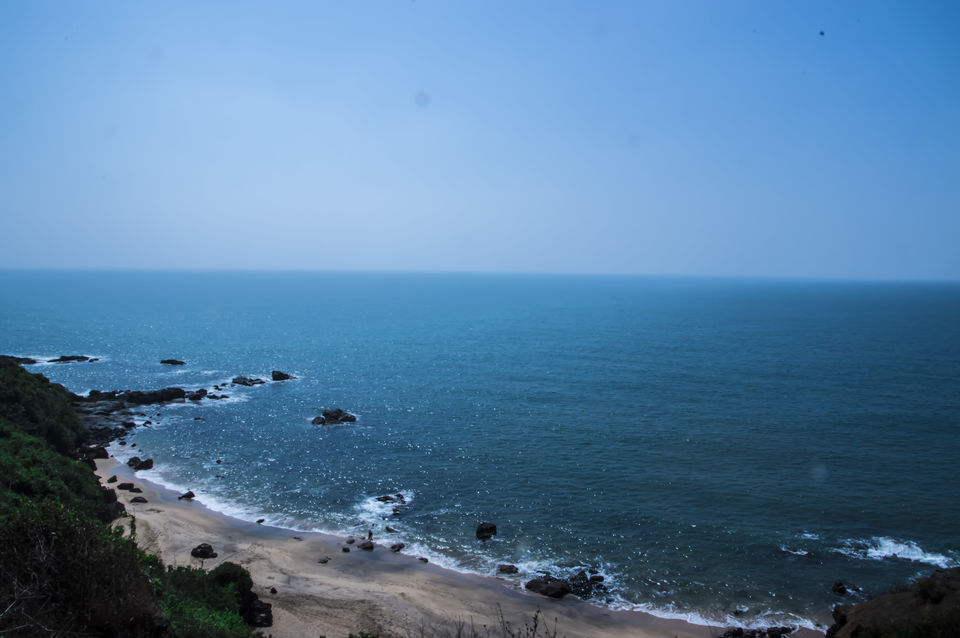 Another view from cliff 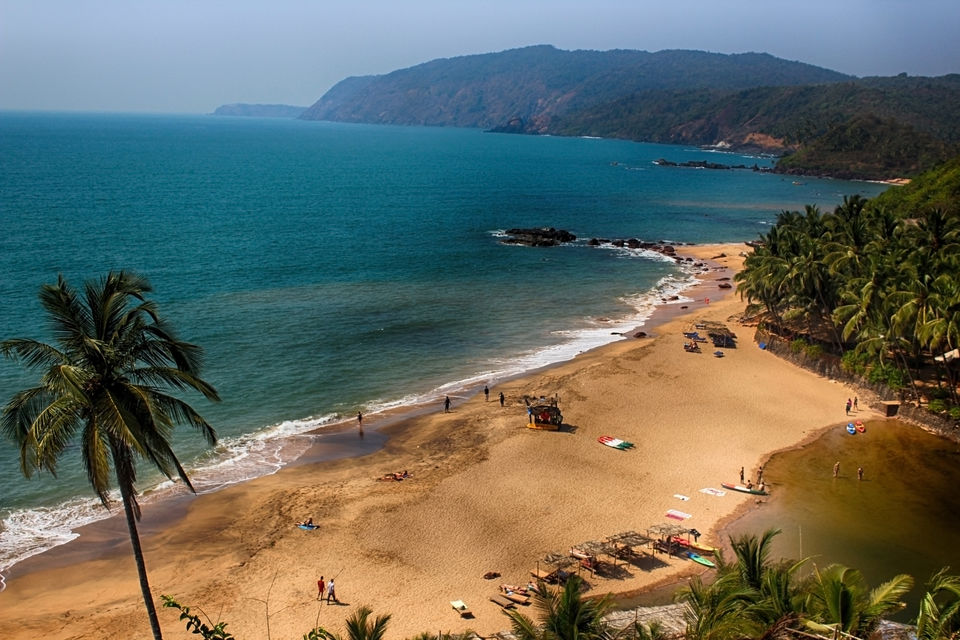 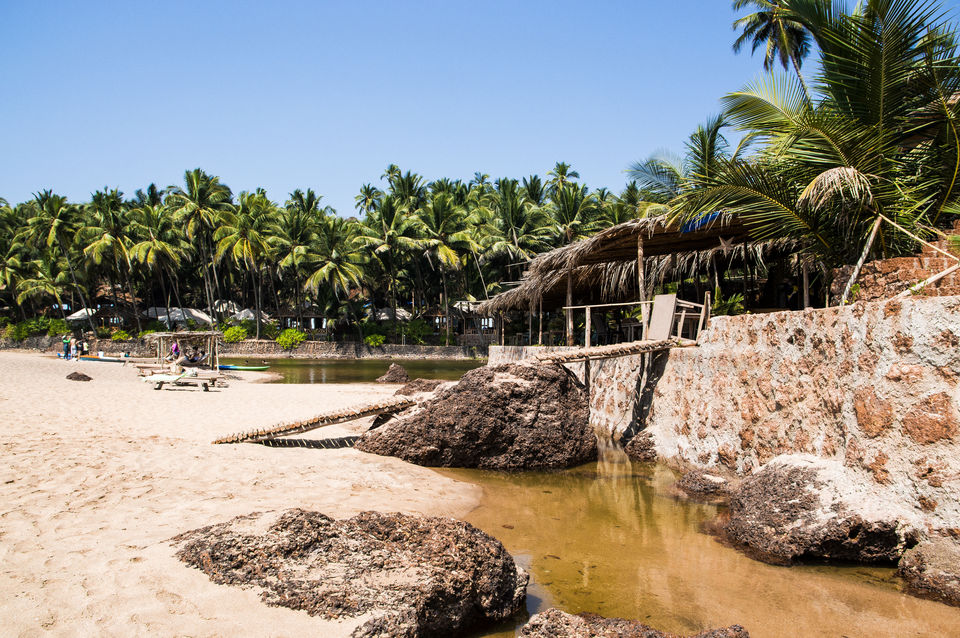 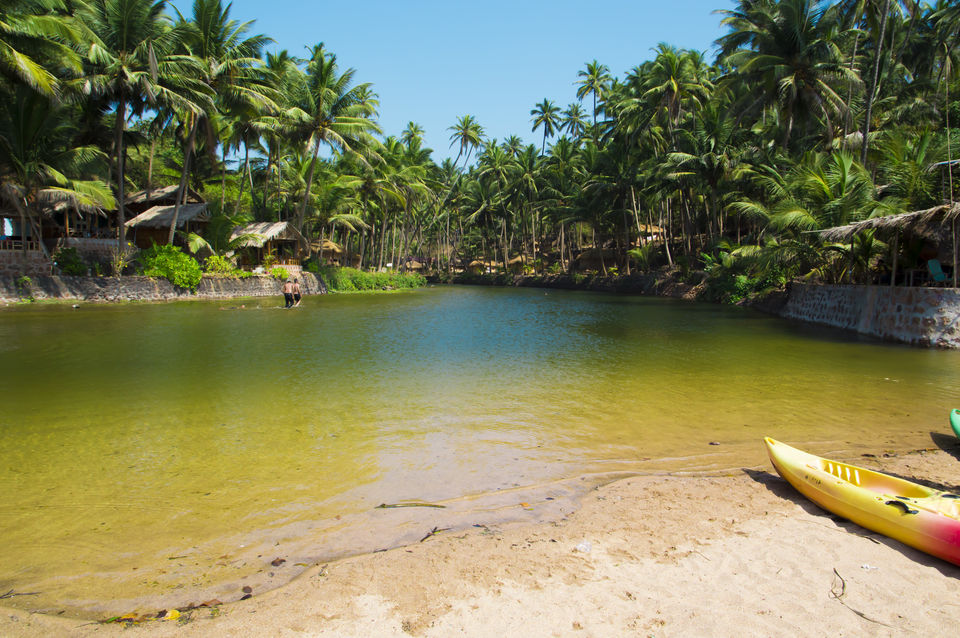 The Goan Memoir – A Travelogue

It was the time when the exam, most awaited (GATE), was nearing and most of us were feeling the heat of it that this plan took birth. I personally believe that the most pretentious ideas originate when they are our least requirement. And, this trip was one of those ideas which was to become a reality in the near future, unlike many.

After a lot of convincing and compromising, a 3 day trip to the glamorous and the romantic Goa was confirmed and the tickets were booked. Excitement rolled out in the heart of all the seven.

The morning started late and by the noon everyone was busy buying apparels and other swaggy stuff. It was decided that we leave our hostels by 6:30pm as the bus was to depart at 8:40pm from Gandhinagar, Bengaluru. Naturally, we never left our hostels on time. But, thankfully we were right on time for the bus after having South Indian dinner at ‘hotel priyadarshini’.

We were awaken by the rays of the rising sun from under the grey ocean across a narrow bridge. Getting off the bus at Panaji, we hired 4 honda activas for Rs.250/bike/day which became our rides for the next three exotic days in goa. Our stay was booked in a homestay at calangute, roughly 15kms from Panaji.

Calangute is a small city with shops of all variety, cafes of all standards and most importantly, overt beaches with gorgeous and pleasureful sights. We freshened ourselves and let the swag get to most of us. The vivid colours of goa was visible in the way we were dressed. Some would say it is always the rule to “be a Goan in Goa”. Breakfast was costly. It is more apt to say brunch as it was almost noon by the time we ate. The food tasted delicious, more so, the omlet which I instantly fell in love with. We set foot on calangute beach right after brunch which was a short walk from our place of stay. A walk in the beach is always refreshment to the mind. The only 2 things that are cheap in Goa are petrol and beer. All other things’ cost make up for the money saved here.

Not far from here is another crowded beach, famously called ‘the Baga’. This is a mere continuation of the long coast of calangute. After spending close to an hour in calangute beach, we travelled to Baga where we spent our afternoon and packed up to fort called ‘Chapora’, famous as a sunset view point. Sun, drowning in the ocean is a sight never to be missed in goa. This fort is situated atop a hill behind the vagator beach with one of its ends facing the wide, never ending ocean and the other staring directly into a mighty river. But, the majesty of the fort was lost by the dumping of plastic waste by the tourists. This, as I saw, is one of the very few tourist sites in goa that has been polluted. The mesmerizing sunset was a delight to my Nikon 3200D.

While at Baga, we were invited to a rave party called ‘The Curlies’ in agonda beach. These parties start right at midnight and go on till 4-5 in the morning. All sorts of illegal activities happen here, as I have heard. But we, being first timers, arrived at the beach by 8 in the evening not knowing that the party we arrived for was a midnight starter. After an hour and half, feeling bored of waiting, we returned back to calangute to have a party of our own in the beach. It was almost 3 in the morning by the time we fell asleep.

A silent day of tranquility (23 Feb)

The next morning was somewhat peaceful and the evening serene. After another afternoon brunch, we set out to another beach, 15 kms from calangute, called the ‘Vagator’. As planned, we had some fun ‘parasailing’. In the later part of noon, we walked for 500m or so toward a connecting beach of sort which the residents called the ‘small vagator’. As the fierce sun showed mercy on the land, tranquility bestowed upon us. The calmness and the placidity of the area created a divine feeling within me. There was vividness around us. Some professionals were rolling their disks playing Frisbee, some feeling the wavy waters and the children playing football. The waves were high enough for some amateur surfing.

As the sun started to have a dive into the sea, there was a meditative feeling that passed in the air. Everything stood still and there was silence all around. The trees stood still without rustling, the waters calmed down as if mourning the loss of sun. We left the beach by 7pm and on the way had some chats which to my surprise was set up by the governing body of calangute. We crashed early that night.

Morning came early with a healthy sleep at night. We started off to palolem at 9 in the morning. We had our bus to Bengaluru booked at 6:30pm the same day. Palolem is a 60 km drive from calangute. We entered palolem, parked our mopeds near the beach and took a brief hour and half to roam the area as the main intention of our visit to south goa was to a secluded, heavenly beach called ‘cola’. The beach is unknown to most of the localites.

Cola is 10km away from palolem. Going on the main road for 9 kilometers, a left deviation was taken to a mud road. Driving for another kilometer on this road took us to a cliff. What we saw below the cliff had us open our mouths in awe. Beneath us lay a bluish sea and a sandy beach with rocks dispersed wildly. Trekking down the cliff took us to a heavenly spot which had both fresh and salt waters. On the right was the river which could not reach its destiny (the ocean) and on the left was the vast sea.

We spent a couple of hours in the beach and regretted spending less time in such a gorgeous place. We left the place by 4pm and reached Panaji just in time for the bus.

When I started planning a trip to goa, people talked about the rave parties, late night discos, sexy beaches (if you know what I mean) and used other fantasized adjectives to describe the state. But now, after my visit to this serene wonder, my feelings extradite from fantasy, to its natural beauty, flawless artistry and flaunting majesty.