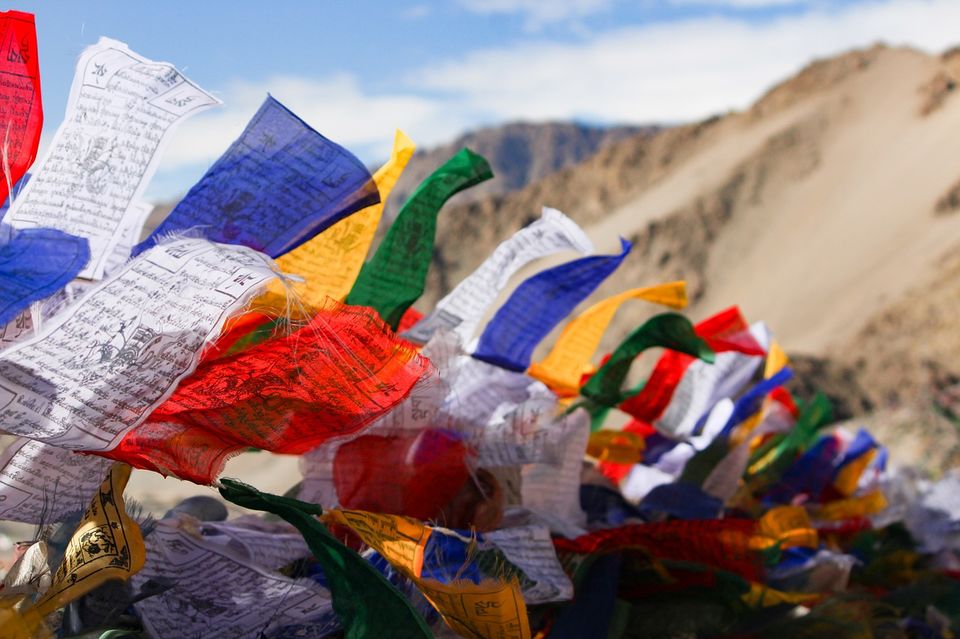 Ladakh has always been one of the most beautiful destinations for me. I had first visited Ladakh in 2012 and was mesmerized by the beauty of the place. So much I was impressed with the place that I visited there again next year during the winter to do the Chadar trek. The Chadar Frozen River Trek had been one of the most memorable treks. The cold, the ice and the difficult conditions had all appealed to me a lot.

A few days back, I saw a picture of the Pangong Lake in Ladakh. The narrow strip in front of the lake that I had totally to myself when I visited was full of people. It looked like a Sunday picnic spot to me! I was disturbed. And within a few days, I saw another video of the Chadar Trek. The video had far too many people than I would really want to see at any trek, leave alone in Chadar trek. This got me thinking. Are we ruining Ladakh also the way we have Shimla or Dharamshala?

Ladakh, nestled in the trans Himalayan region opened up to tourists first in 1974. That year, only 527 tourists made it to the region, out of them only 27 were Indians. With coming days, the number of tourists has increased exponentially. In 2018, almost 3.76 lakhs tourists had visited Ladakh. That is almost 10 times the figure in 2002.

It is not difficult to fathom the increase in tourism. The beautiful and rugged landscape, the huge azure lakes and the unique culture had been attracting tourists from all over the world. For Indians, the movie 3 Idiots had been a great catalyst to boost tourism in Ladakh. While tourism had improved the lifestyle and the living conditions of the residents of Ladakh, it is also threatening the local traditions and culture along with the fragile ecosystem of the region.

The first stress of overtourism is clearly seen in the Chadar Frozen River Trek. The Chadar is actually a blanket of ice that is formed over the Zanskar River during the winter months. People from Zanskar walk over the chadar to Ladakh for work and other needs. This has been the norm for a long time. Chadar trek had been a one of the glamorous treks in India. Walking across the mighty frozen river got a lot of attention from trekkers, both experienced and wannabe. And this is where the problem lies. The intolerable human activities have taken a toll on the environment. Huge amount of plastics, human excreta and other wastes have been found that is disturbing the life of the local people.

Moreover, due to global warming, the blanket of ice is also breaking even in Januray. This was quite unthinkable even 5 years back. Added to all the woes are a number of tourists who clearly do not understand the importance of ecosystem. There are a few wannabe trekkers who want to do Chadar Trek because it would make them look cool! I too have a friend who went to Chadar Trek last year because he wanted to impress a certain person. He went there, got sick in the middle of the trek and created a lot of nuisance for the team leader. We really do not want these types of trekkers on Himalayan treks.

The next problem that can be seen in Ladakh is the innumerable number of tourists in Pangong Lake. The lake that was known for its serene beauty is now full of tourists and cars during the season. To cater to the tourists, camps and hotels are springing up near the lake. A decade ago, the place produced almost no waste. But the arrival of so many tourists has resulted in vehicles clogging narrow roads, and sewage and plastic pollution.

Even traffic pollution has reached the Himalayas at these regions. High level of Sulphur was found in the soil along the Manali-Leh Highway. There was a time when the local people in the villages around the area used the water from the streams for drinking purpose; the water used to be clean and fresh. But nowadays, contamination in water has been found.

The next toll of overtourism is obviously a threat on the local culture and tradition. Ladakh borders around the Tibet region and is the home to ethnic Tibetans with their Buddhist culture permeating the region. Increase in tourism brings more money and better lifestyle, but it has its cost.

The small beautifully decorated traditional Ladakhi houses in Leh are now giving way to large resorts. The things that made Leh so lovely and unique are gradually getting lost. The children now no longer care about their culture. They are more into technology and learning fast, but failing to keep up their traditional roots. There has been better medical facilities, better food and dresses, but people have also become greedy. Crime has risen, something that I had thought quite impossible in Leh.

Leh is still beautiful and is not so crowded, but it can soon become another Shimla or McLeodganj, if not taken proper steps and care. While Chadar Frozen River Trek is quite at a vulnerable point, that government is planning to stop the trek for good.

So what should be done?

I am not an environmentalist. Nor do I claim to know very much about nature and ecosystem. But I do understand the fact that if we do not stop our irresponsible ways, we will be doing ourselves harm. I love to travel and encourage others to do so as well. I cannot say that one should stop visiting a particular place. I simply cannot deny another person the joys of travelling. But I have been taught to be responsible while I travel. And I urge you to do the same.

Pick up the plastic wrapper, even if it not yours. The local administration of Leh ahs now banned plastics, but it is not so easy to remove the menace of plastics. The maggi wrappers, biscuit and chocolate packets should be properly disposed. You can do your bit by bringing back your litter. Also don’t be the person who remains responsible in the hills and once back at the plains starts throwing wrappers at roads again! Yes, I have seen many like that.

Refrain from using the Bisleri or Aquafina. Take your own bottle and fill them up.

While I do not want tourists to stop visiting Ladakh and Chadar Trek to be completely stopped, I definitely want that there should be a cap on the number of tourists visiting the place.

Treat the place you are visiting as your own home. I am sure you would not like to live in a dirty and unclean environment. And you will not like people always taking a peek into your home or kitchen. When you want to photograph the locals, ask them first.

Remember, we do not inherit the world from our forefathers; we borrow it from the future. Travel responsibly and help others to do so.