Bharmour a quaint little hill town at 7000ft above sea level that boasts of lush green meadows and snow clad peaks was the capital of the princely state of Chamba 400 years ago!

A well kept secret in the Budhil valley of the state of Himachal Pradesh!
Formerly called Brahmpura, the hill hamlet is situated at a distance of 64 km from Chamba.

Apart from the stunning scenic beauty, the village is also known for its several ancient temples, constructed by Raja Meru Varma in the 7th century AD, the temples have been made using bricks and mortar made of ground lentils and butter.

Flanked by the Ravi and Chenab valley and tucked in between the Pir Panjal and Dhauladhar mountain ranges in the mid Himalayas, Bharmour is devoid of the frequent commercial crowds and reverberates with tranquility, peace and calm.

As the whole country around Bharmour belongs to Lord Shiva, it is called "Shiva Bhoomi"! It is believed that Lord Shiva resides at the Manimahesh Kailash nearby!
The land is blessed with deep beauty, abundant alpine pastures and home to nomadic shepherds, known as Gaddis.
The foothills are filled with apple orchards and terraced farmsteads.

The area goes through inhospitable terrain and severe climate changes, but the people of Bharmour are extremely courteous and welcome visitors like their own family members.
Along with its ethnic traditions, culture and ancient history, Bharmour forms the perfection of divine splendour.

Situated in the heart of Bharmour is the Chaurasi Temple Complex the highlight of the place. A spacious level ground where the galaxy of temples mostly in the form of Shivalingas exists.

There is only one temple of Dharmaraja or Yama, the deity of death, in India and it is here!

The huge complex houses as many as 84 small shrines in the premises dedicated to different gods and goddesses, hence the name - “Chaurasi”.

The site not only evokes devotion, but also awe and curiosity.

Believed to have been built 1400 years ago, in the Shikhara style that seems to almost pierce  the sky, the Manimahesh Temple occupies the highest importance!

A life size image of Nandi in polished brass stands before it!!

Another temple built in the same style is that of Lord Vishnu cast in his Narasimha avatar.

As you enter the Chaurasi Temple Complex the first one near the entrance is the Ganpati Temple, enshrined by a bronze statue of Lord Ganesh.

Then the Manimahesh Temple situated in the centre of the Chaurasi Temple complex, and considered to be the most important.
The carvings on the shrine of Manimaheshwar are worthy of appreciation.
Enshrined by a large Shivalinga, the temple is dedicated to Lord Shiva.
The story behind the existence of this temple is, Lord Shiva with his 24 yogi companions visited this site in Bharmour. They fell in love with the serenity and beauty of this place, and wanted to make it their home. At that time, Bharmani Mata, after which the town was later named, was the resident of this place.
When Lord Shiva pleaded to Bharmani to give this place to him and his companions, she obliged him by doing so and moved to a place 6 km away.

The Bharmani Mata Mandir Temple is about 6 km from the Chaurasi Temple. One can trek all the way to this shrine to enjoy the penetrating silence and scenic beauty of the temple site!

Narasimha ~ Narsingh Temple also dates back to the 7th century and is enshrined by Narasimha that is the half man half lion incarnation of Lord Vishnu.
The temple has an idol of the fiery deity made of granite. The locals believe that speaking lies or taking false vows in this temple is a harbinger of divine wrath!

Lord Nandi Bull Temple situated right across the Manimahesh Temple is presided by a life size metal sculpture of the bull Nandi. Extensively worshipped by the Hindus.

After death–Chitra Gupt Mandir
There is no idol or ceiling inside the tiny worship area, and resembles a witness box like in the court rooms.
Legend has it that after a human being dies, the soul stands on the inverted footmark made inside the box.
Next to this witness box-type shrine, is the temple of Dharmeshwar Mahadev.

Dharmeshvar Maharaj (Dharamraj) Temple
Presided by Dharamraj,  is another one of the important temples in the complex.
It is common belief among locals that the dead souls stand here to seek permission from Lord Dharamraj before departing on the final journey.
It is believed that four invisible doors made of gold, silver, copper and iron are located around this temple.
On the basis of the quality of their karma during their lifetime, a soul is given access to one of these four doors by the agents of Dharmaraja or Yama.
The sanctum sanctorum has a self-manifested lingam of the deity.
Adjacent to this temple, is a door which leads to a secret cave.
It is believed that in the past, anyone who made an attempt to explore this cave has not come back. Therefore, the temple authorities always keep the doorway locked now. According to the locals, strange voices can be heard around midnight in this temple complex.

Lakshana Devi Temple is presided by Goddess Durga represented here in her aspect of four armed Mahishasuramardini, the slayer of the demon Mahishasura. The goddess is shown with a trident, sword, bell and demon’s tail in her hands, in a posture characteristic especially of early Chalukya images.

Lakshana devi idol is the only image which answers the description of Mahishasuramardini as given in Vishnudharmotra purana. Here the buffalo who charges from the left of devi is held afloat by the tail and is killed not by the trident but pressure (mardana) exereted by the right leg of Bhadrakali.

The oldest temple in the complex it still retains some of the features of the ancient times like the wooden architectural designs and intricately carved entrance! Temple door noted for its outstanding carvings made from walnut wood. Interestingly, these carvings have been made by an artisan who did not have hands; he used his deft legs to neatly carve out this structure. The wooden carvings include Shaivism and Vaishnavism motifs and themes.

The 84 temples big and small of Hindu deities, are believed to have the power of granting liberation from birth into 84 lakh species of life forms, as per the legends!!

The epitome of spirituality lies in this land as it is endowed with these ancient temples, no wonder Himachal is known as "Dev Bhoomi".

My whole visit to this heaven on earth was just magical!!

By Air: The airport nearest to Bharmour is 190 km away at Gaggal, near Dharamshala.
You can also fly to Delhi or Amritsar and hire a car/ private taxi.

By Train: The railway station nearest to Bharmour is 180km away in Pathankot.

By Road: The most convenient way to reach Bharmour from Delhi would be to take an HRTC Volvo from Kashmiri Gate directly to Chamba.

The road to Bharmour is good, but the path is a bit dangerous.
Therefore, it is mandatory to be skilled in driving or have a seasoned driver to drive your vehicle. 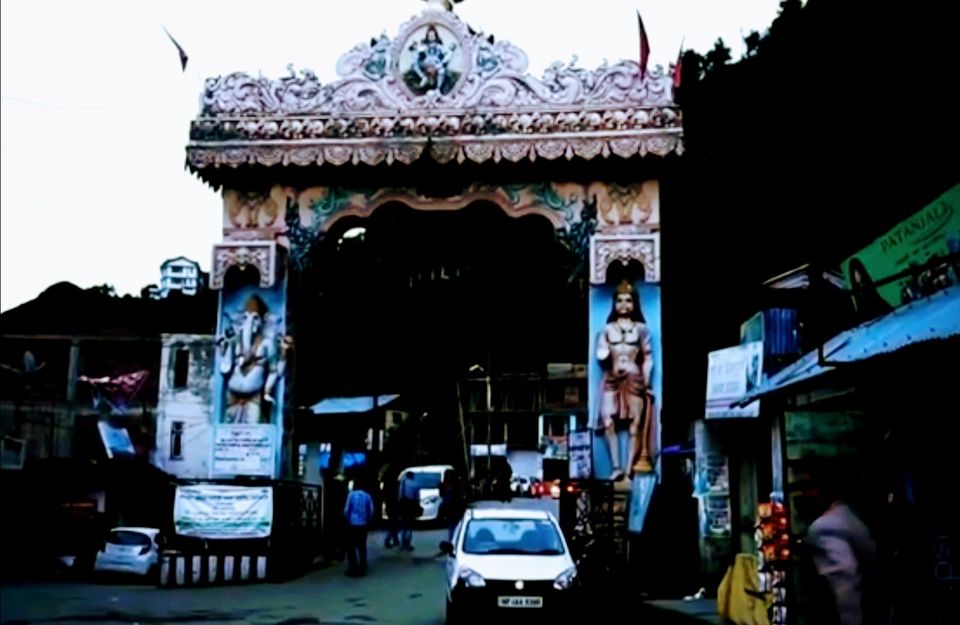 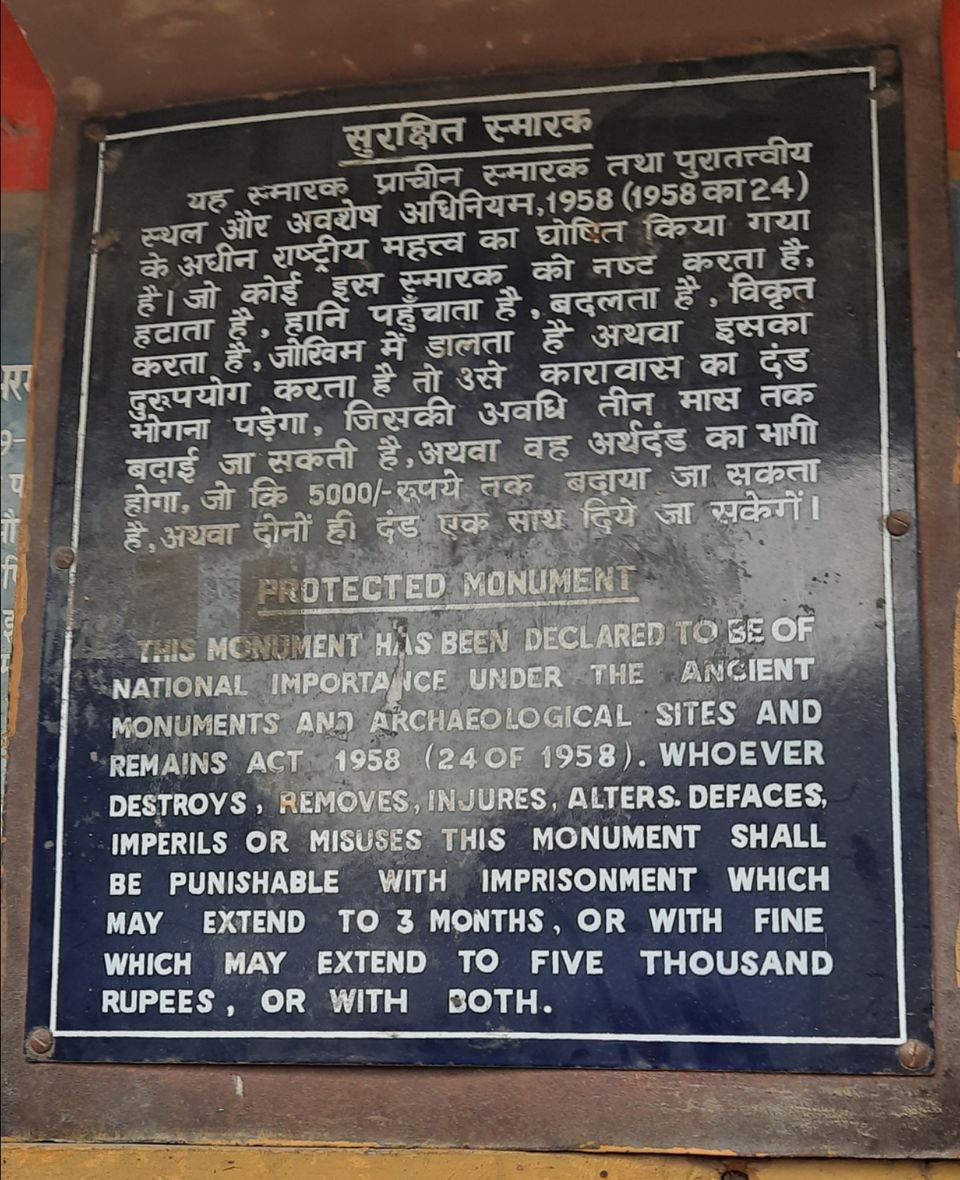 Entrance to the Chaurasi Temple Complex 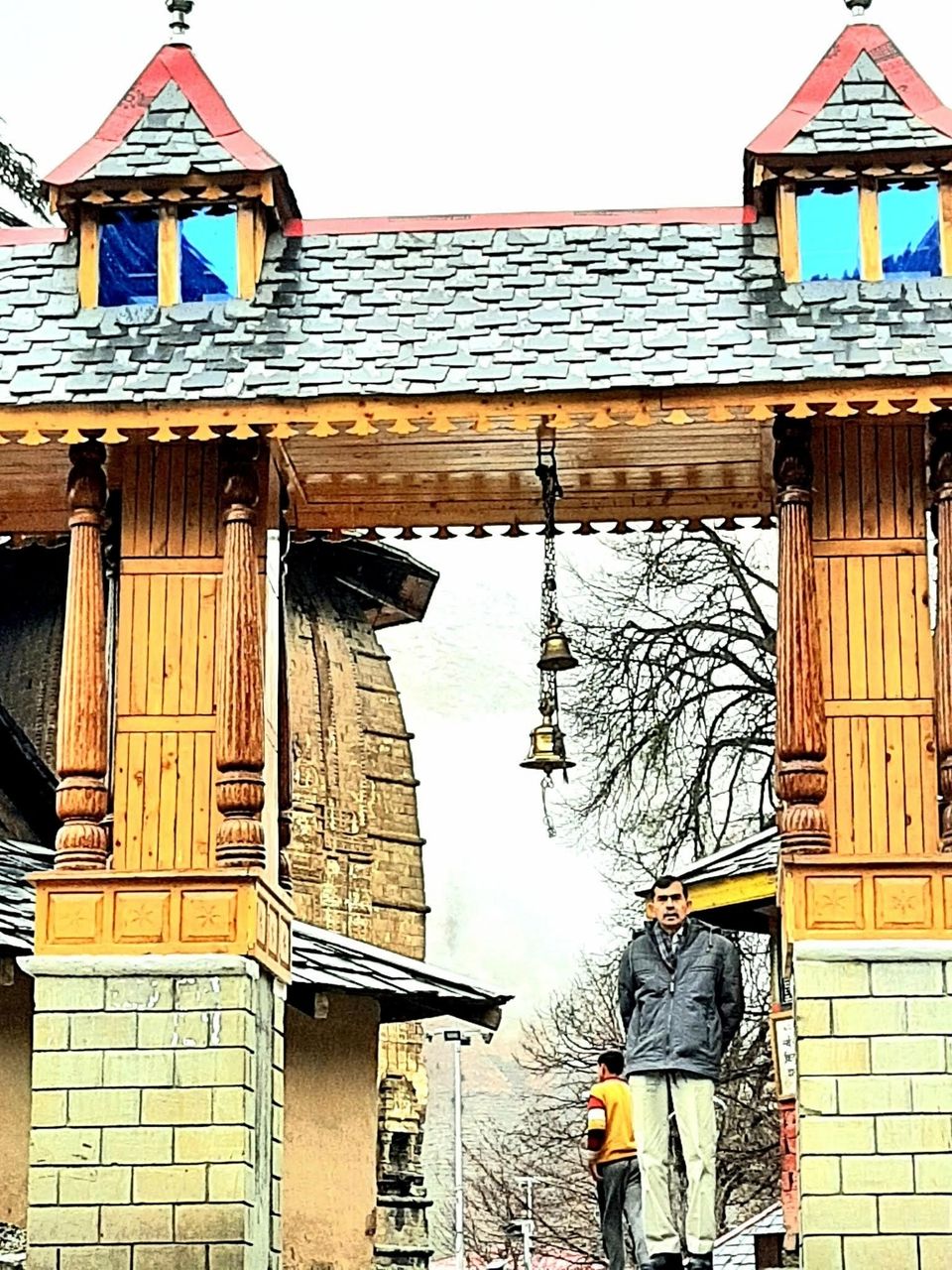 Alpine scenery all around 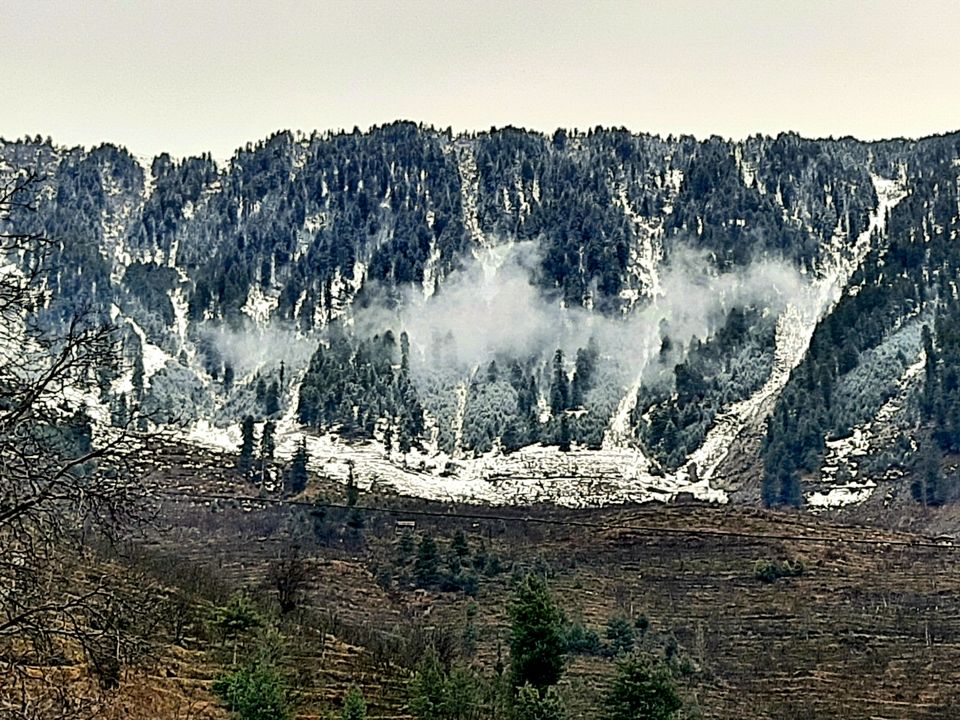 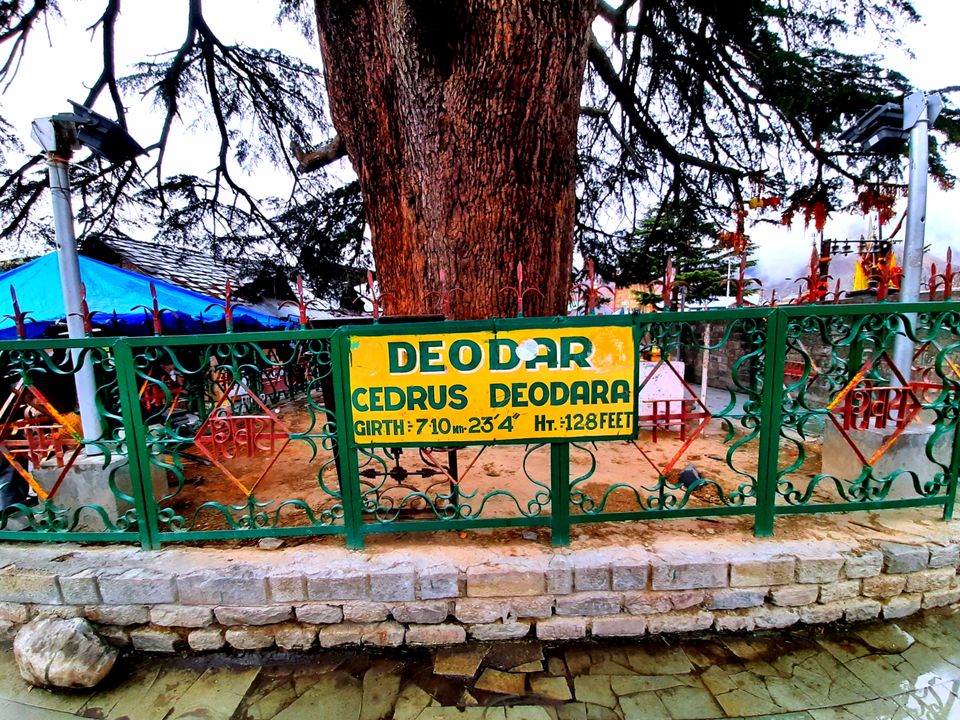 No wonder it is called Land of Shiva 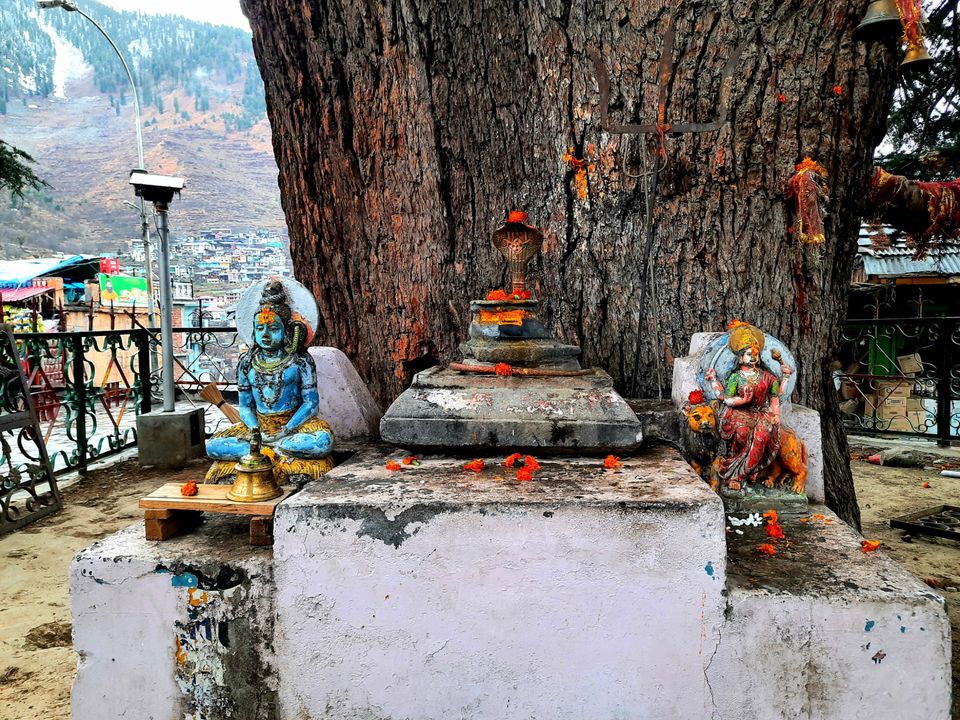 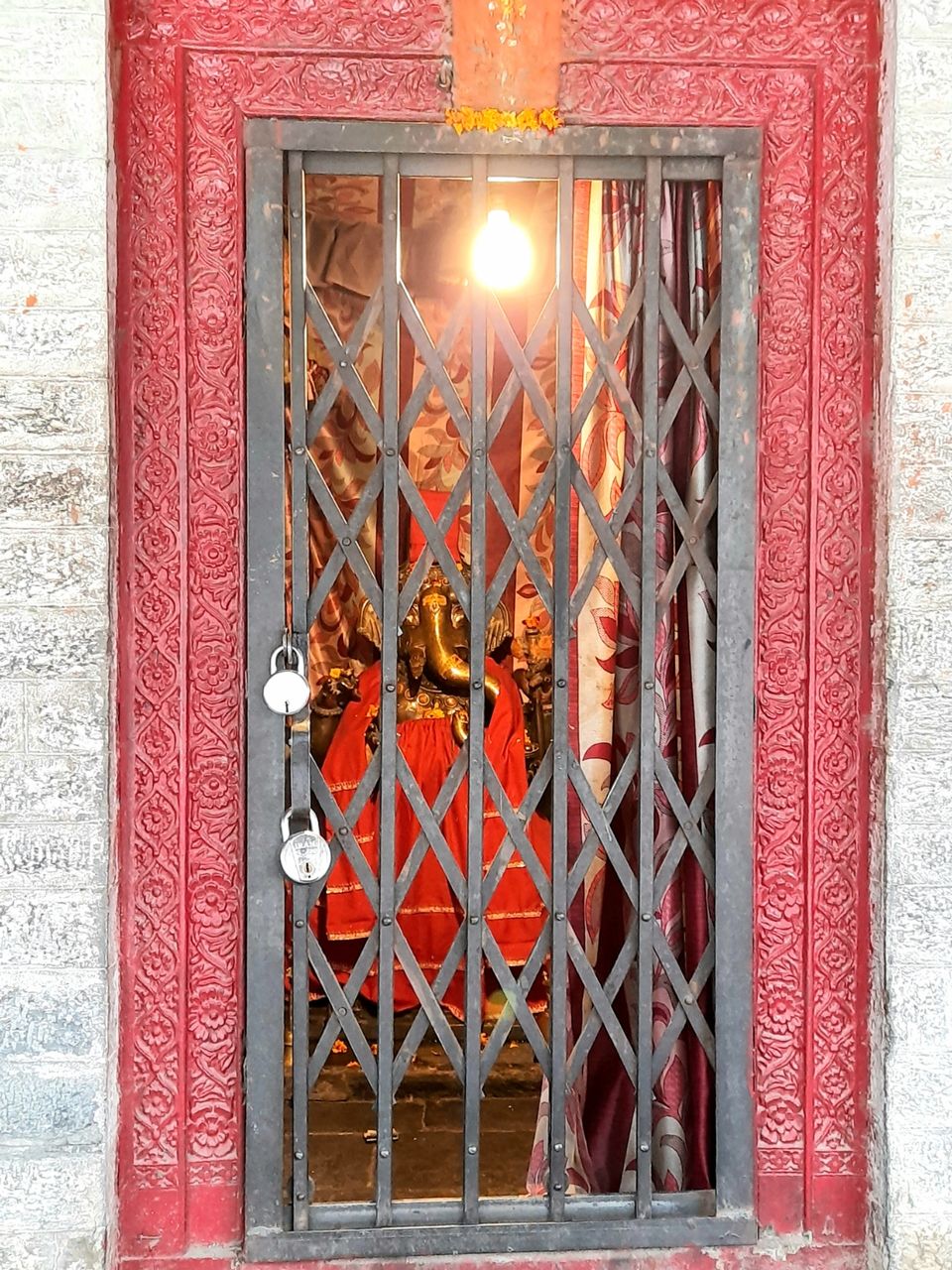 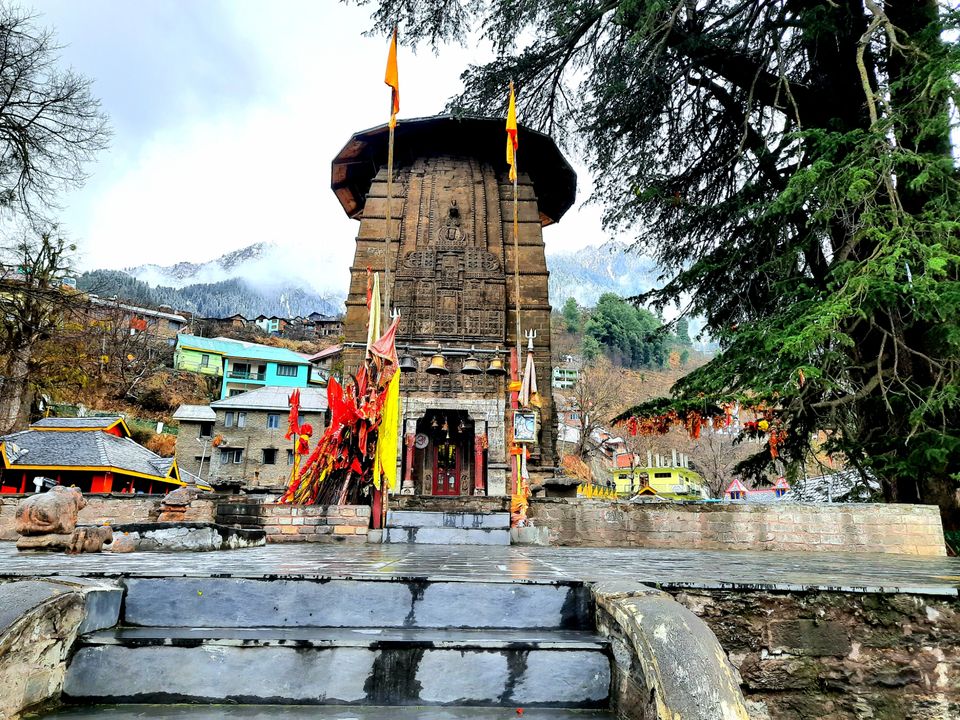 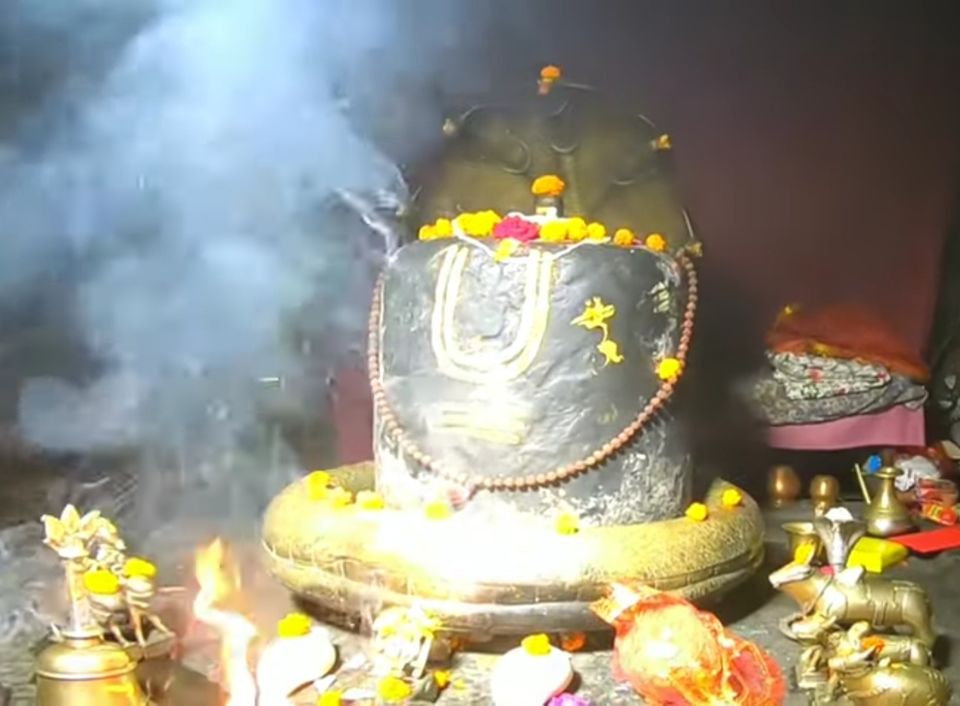 The many Shivlinga's and view of the Temple Complex 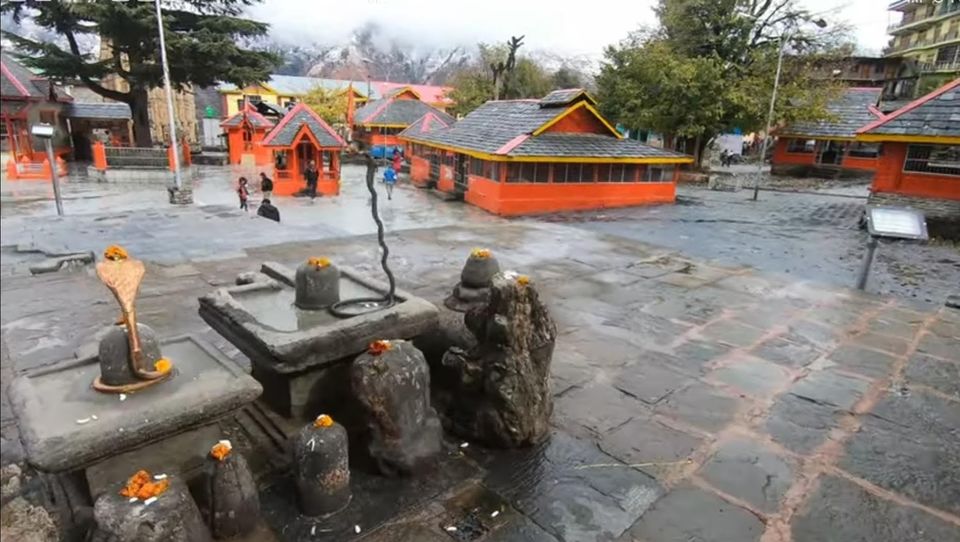 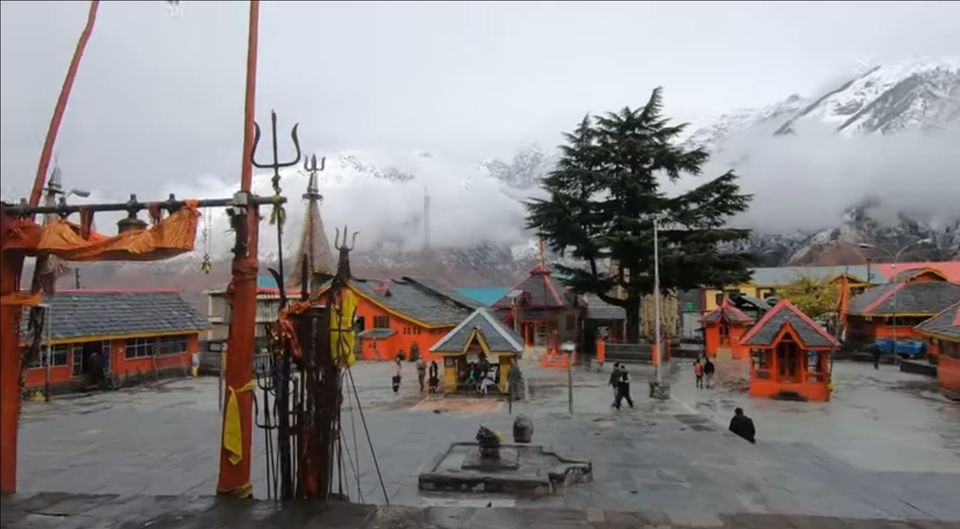 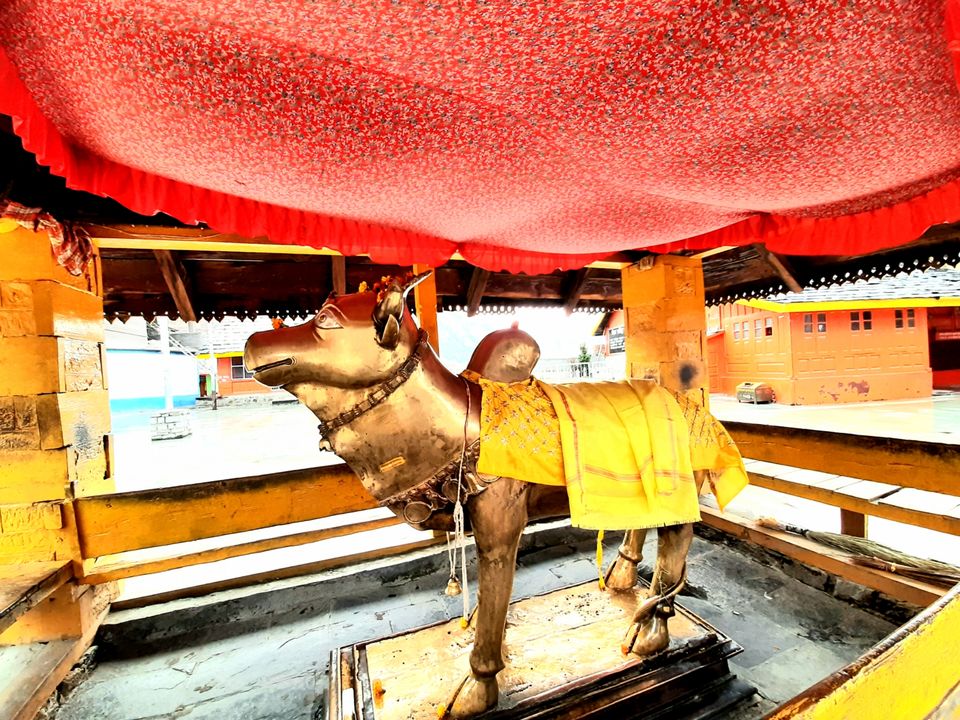 Bharmani Mata's shrine, now the temple is 6 km away 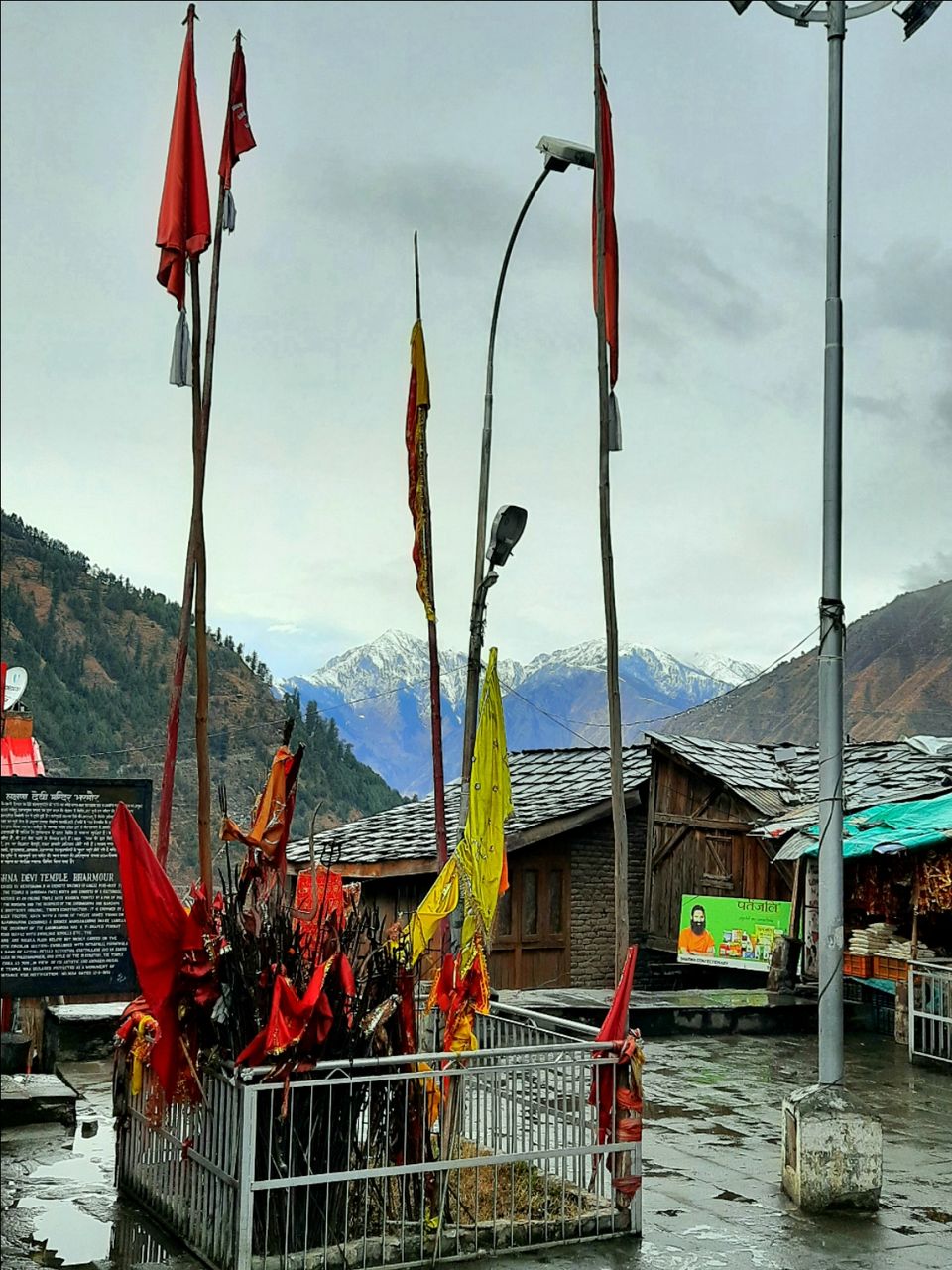 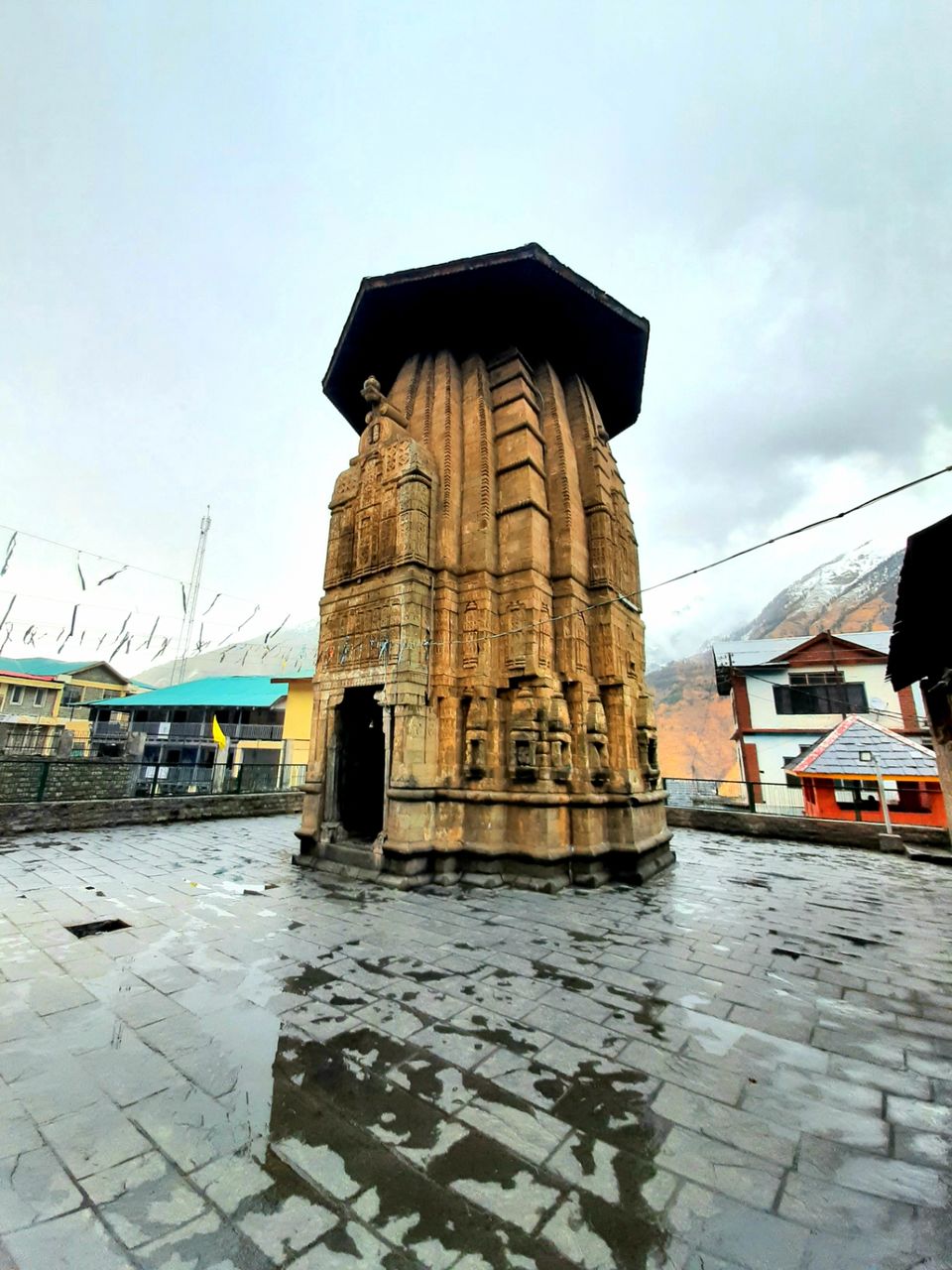 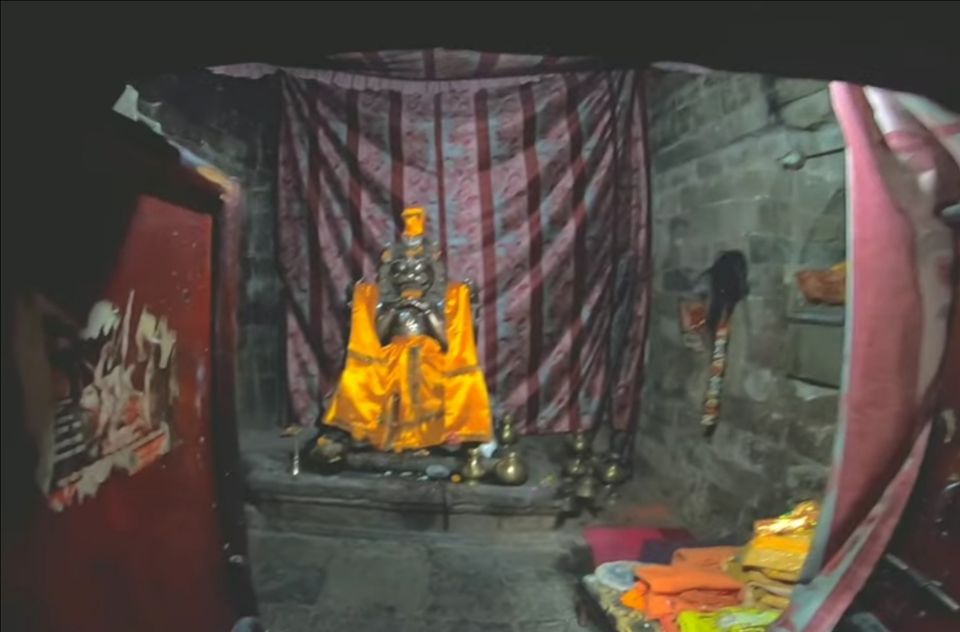 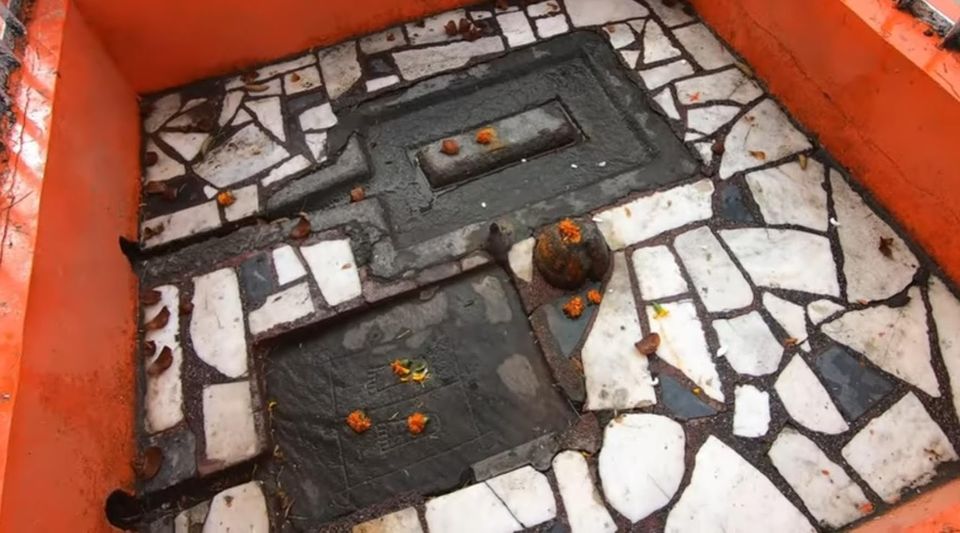 2 1/2 Step, the place where the souls of persons who have died unnaturally and accidentally, await their turn for liberation 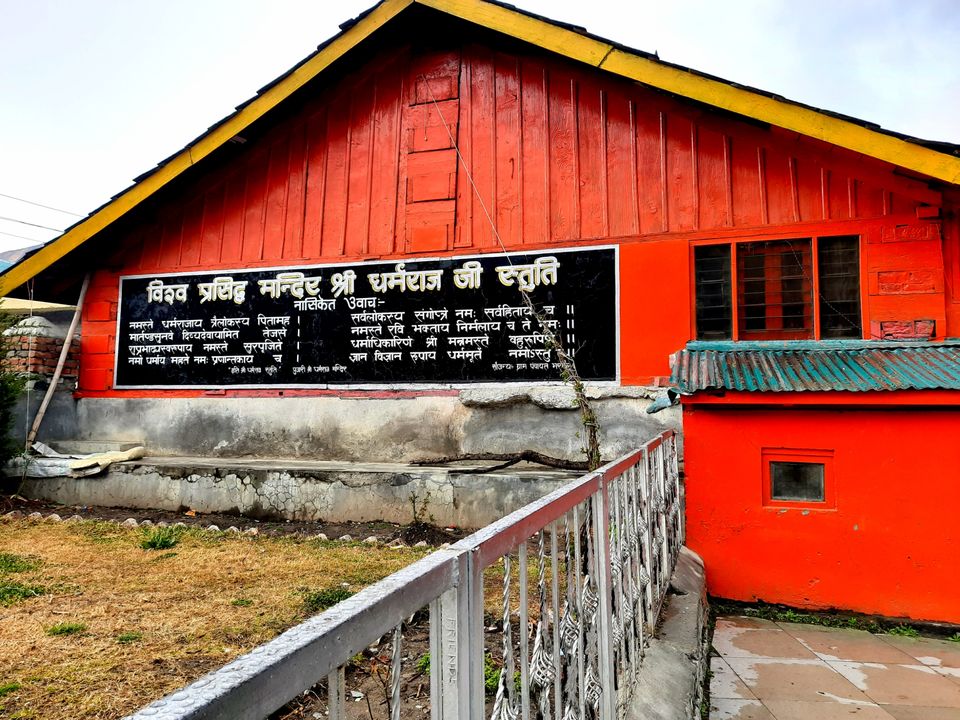 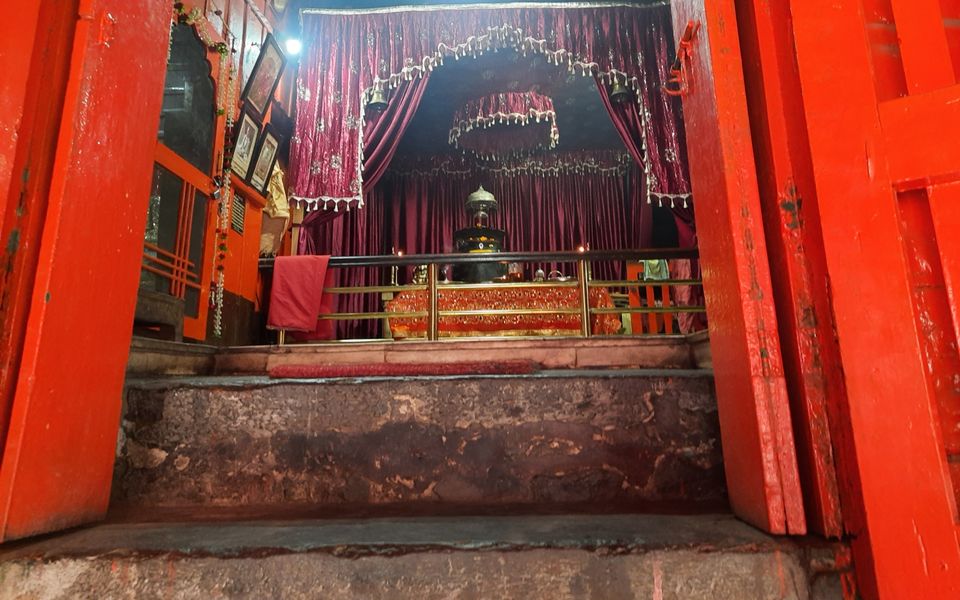 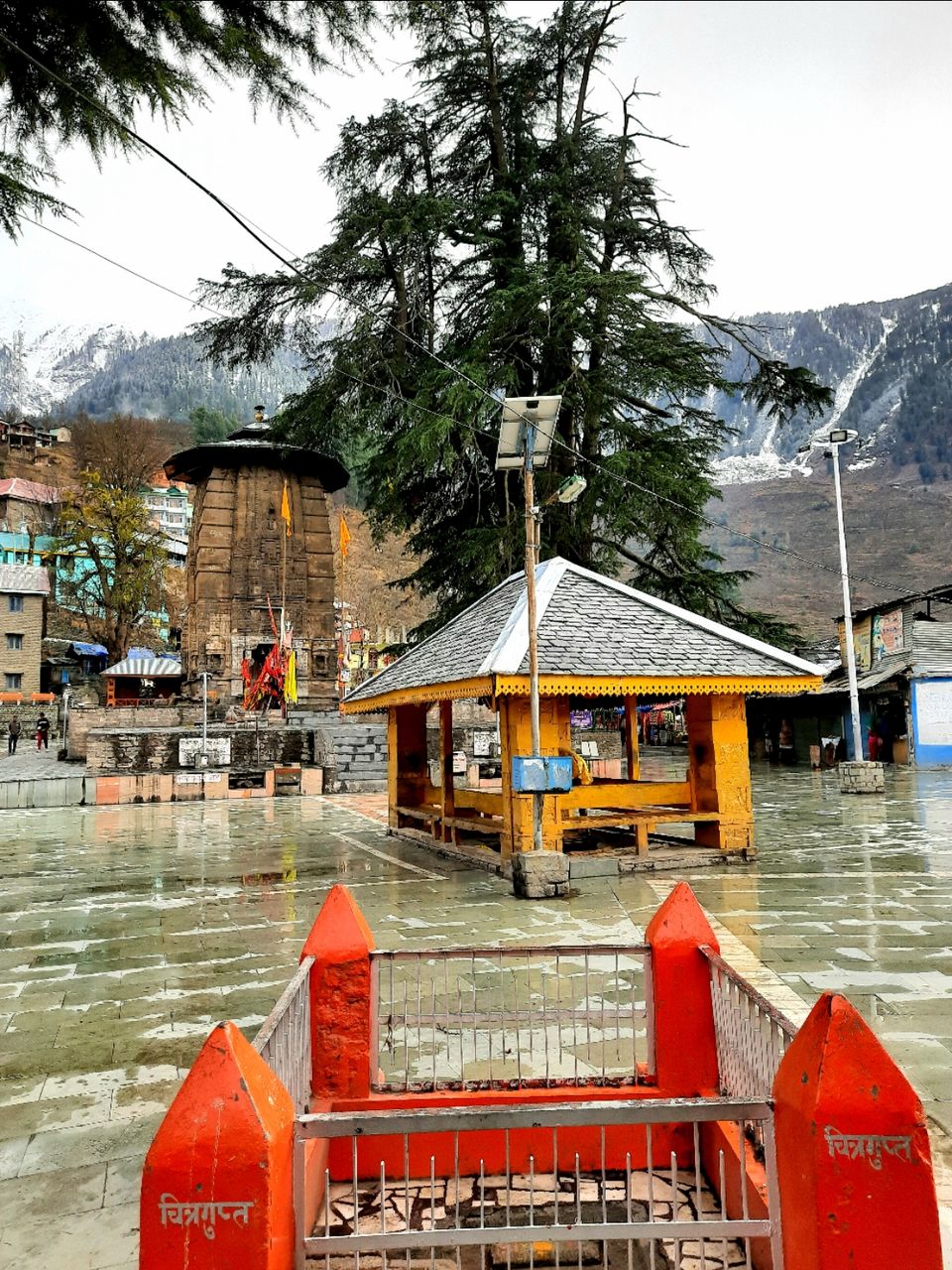 View of the Temple Complex, Narsingh Temple in the background 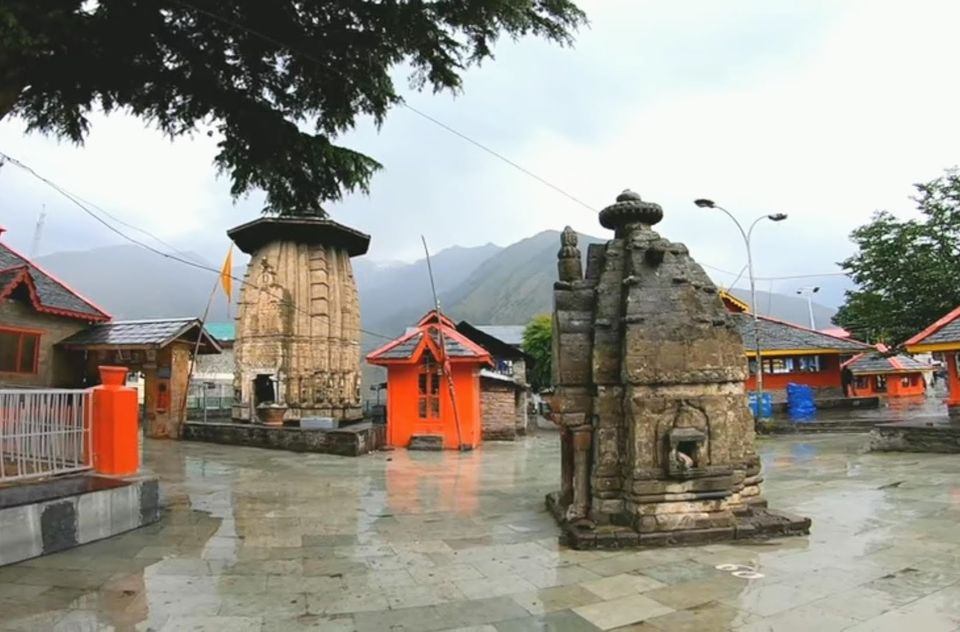 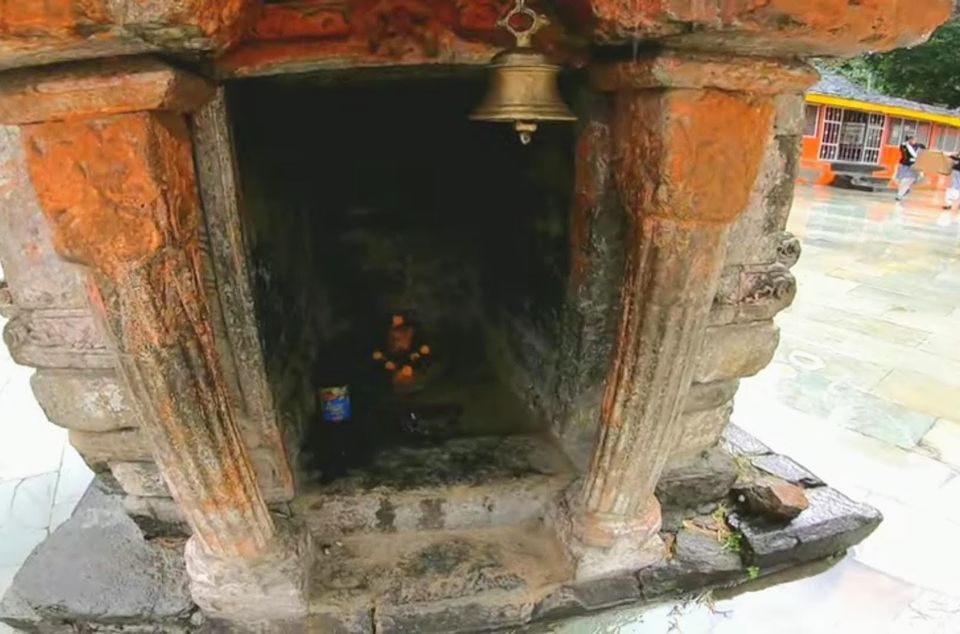 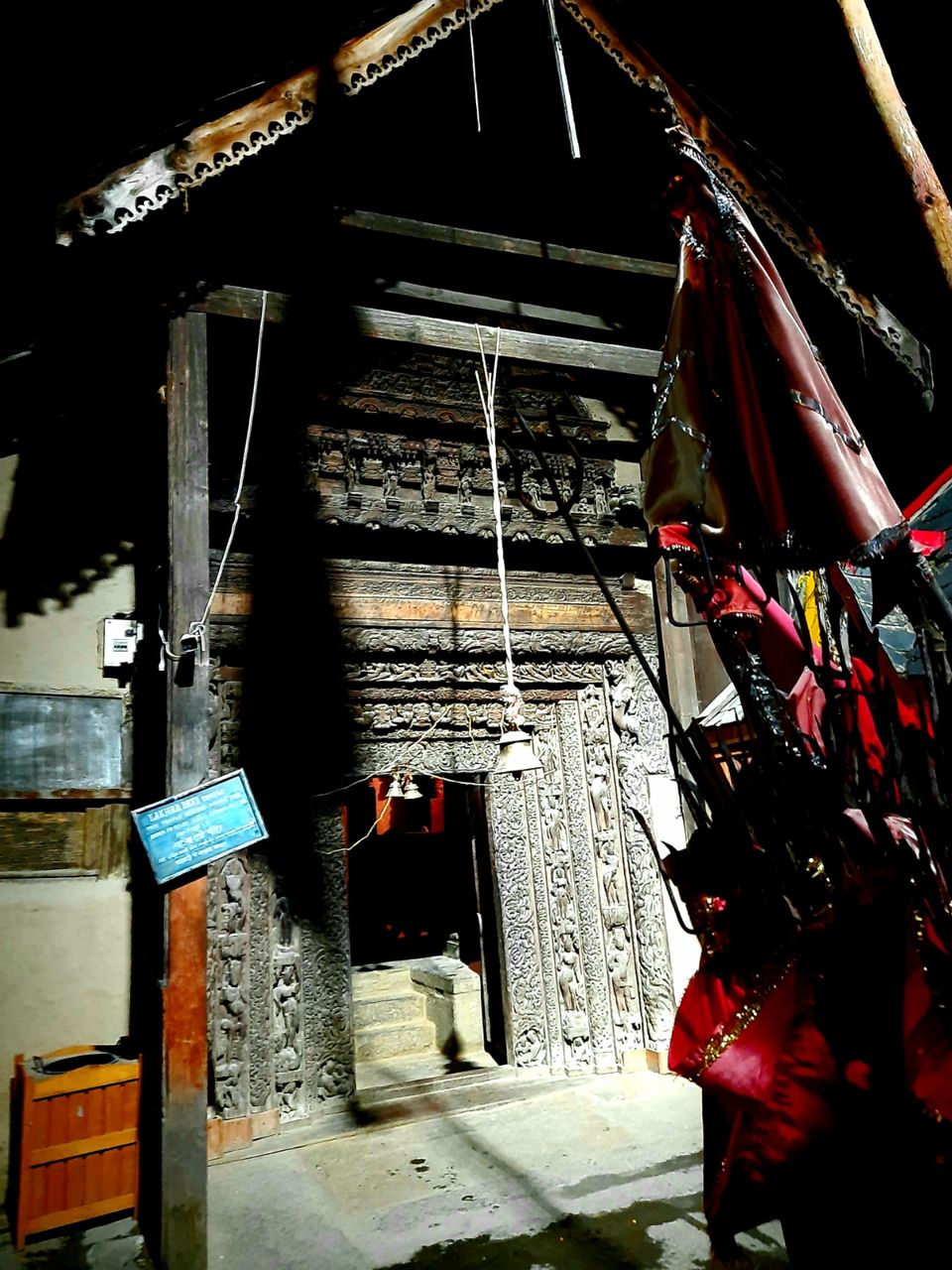 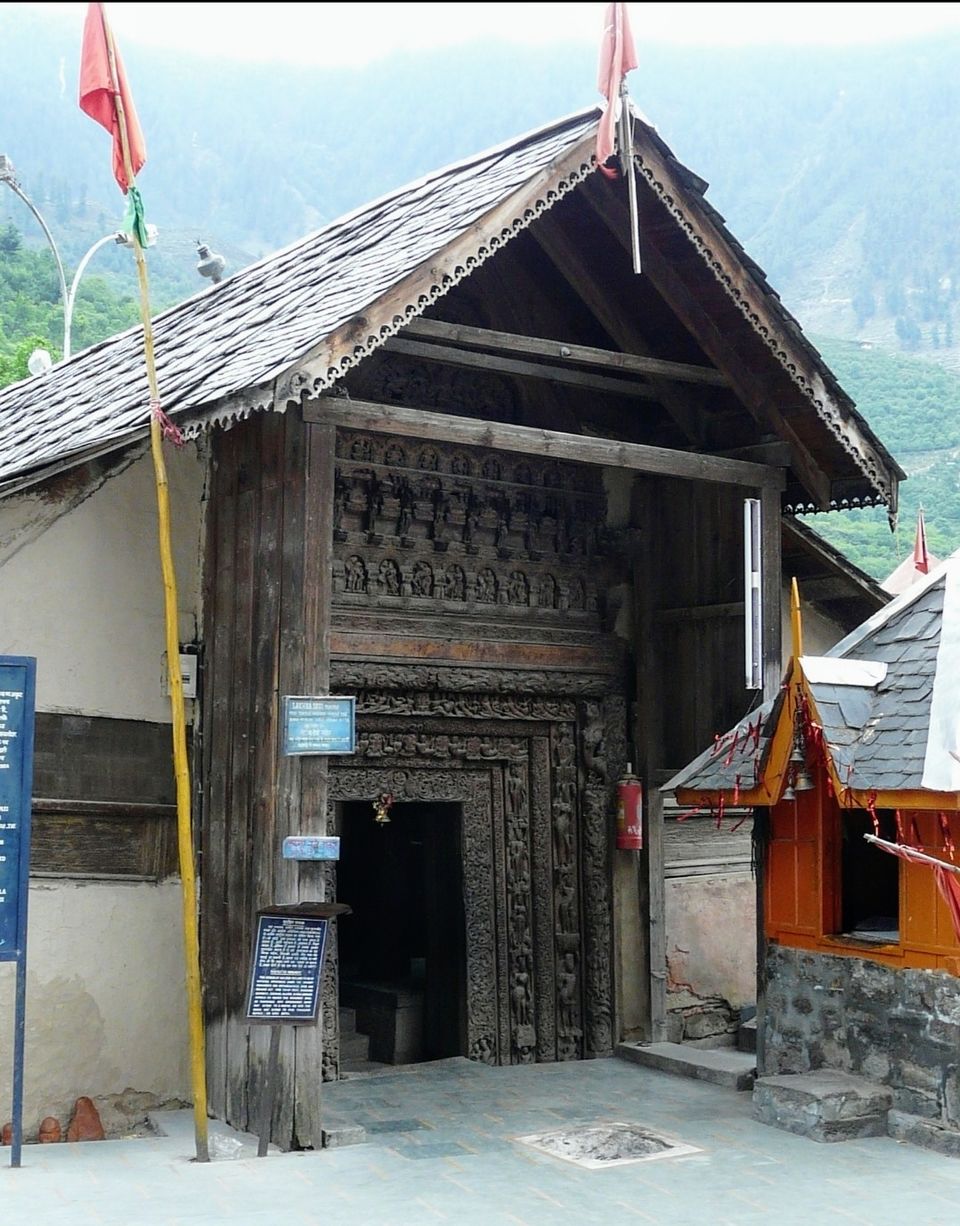 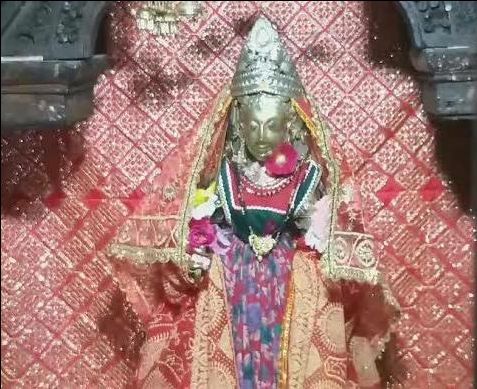