The loud howling sound woke me up, and I rushed to the windows to find myself witnessing the most beautiful moment. Rain pouring down with the clouds touching my room windows. The window panes were frosty, with water droplets gliding down, adding to the quite shimmer to the frost. I stood there silently letting the cold wind play with my hair locks, I never felt so alive when the wind touches my raw morning skin. I recalled the scene was as if I landed myself in the movie of mist. Well, I was for a travel-cation, expecting alien creatures slithering out was the last thing in my mind. But who knows I may get surprised. Nothing of that sort happened, as is sipped on the hot tea I saw the clouds receding back and exposing the valley dotted with colourful hotels and lodges. And as the clouds gradually made their movements backward in fats forward motion soon the green slope of the mountains was visible and I could spot the mighty waterfall in action. I took my camera and rushed to the terrace to capture this moment forever in my heart and my reels.

After the beakfast in my hotel, the Oyo Nature's feast, my travel resumed with the first stop being at the Dalai Lama monastery which is called as Namgyal monastery. I even heard Dalai Lama had visited two days back, the unfortunate me. As I moved into the temple through the gate, there is a museum to your left where you can visit to learn more about the teachings of Buddhism. There are like hundreds of books written by the Buddhist thought leader Dalai Lama Also there is a small memorial, beyond the monument there are few staircases that lead you to the temple. You can find many monks in red and yellow chanting prayers or meditating. As you enter the main temple, you can see a mighty statue of Buddha sitting on a pedestal. Dalai Lama sits in the main temple during the sermons. In the corridor, you can see the prayer wheels where pilgrims rotate them. Away from the chaos, all your need for serenity and peace will be fulfilled by visiting here.

After this, my driver suggested visiting the Dharamshala HPCA stadium. It is one of the highest sports ground in the world. As he drove, I could see sparing sunlight trying to make its way through the dark dense clouds. I did fear the trip will be halted due to rain again. But God was kind it seemed, we could easily reach the stadium. On the way, you can locate a big park that army has created. You can click some pic there if you want from the aesthetic point. As we entered the stadium, oh my my,  to describe it in words, can't gather enough. I had never seen a stadium standing amidst the blue and white mountains. It seems as if it rested in the lap of the Himalayas. I did wonder how the players concentrated on the match when playing right in the centre of such magnificent scenes. The ground is not that big but I stood there overlooking the green patch and trying to get a player’s feeling.

After this, our next stop was at Naddi. You can get the feeling of mountain calling. The chilly weather made me crave for some chicken momos, but had to settle for egg Maggi, as to my dismay, only veg momos were available. Well, we did have it but I should say it was overpriced. But I do understand providing food at such a height is not an easy task. I even had lemon tea which I relished as I feasted on the beauty of the gradual slopes of mountains standing on the edge of the cliff. We spent some time there talking to the locals and playing with furry animals that are quite friendly and active.

Then we headed back to Mcleodganj, on the way we stopped to pay a visit to St. John in the wilderness. The church is rustic and displays the neo-gothic architecture of the medieval era. The church is surrounded by deodar trees and a cemetery.

Our next stop was the Bhagsunag waterfall. If you are in the mood for trekking, you have the chance of climbing the stairs and seeing the waterfall closely. But I was all ethnic that day, flaunting my red Pushmina with the kurta, so I gave it a miss. Near to it is the Bhasunath temple. It is an old Lord Shiva temple. Just in front of it is a kund/swimming pool. Looking for water adventure, just jump into the water. Well, you should be immune enough to withstand the freezing water collected from the streams running from the mountains. The water is fresh and pure, all you need is the push to dive into freezing cold moving water and you are good to go.

It was almost dusk, the clouds reflected the orange-red rays of the sun, still sparingly. The cold wind had again started to blow faster. Holding on to my pashmina, I declared “me shopping time”. I bought another gorgeous-looking pashmina from the Khan emporium which is situated in the main market of Mcleodganj. The streets are so cool, with items ranging from the most hippie to the most ethnic. I just strolled on the streets trying to fill my bags with every lovely goodie. You can find wind chimes, all Feng Shui products, small prayer wheels, leather jackets, shawls, tribal jewellery etc. But, people, I got to board a domestic flight,so had to resist my temptation. The streets are full of tapris/road-side stalls serving Maggi, momos, sandwiches, etc. But I was failing to combat the cold and was starving after my knockout shopping.

To my rescue, came the epic Mcllo cafe It has a history of being celebrated as the 5 star cafe of Mcleodganj. Metropolitan folks, please do give a round of applause, this restaurant has maintained itself so well although being situated at such high an altitude. It serves Indian, continental, Chinese, European etc. etc. I had roast chicken in white sour cream with veggies with a glass of Chandon red wine, Tired after having satiated my taste buds, I retreated back to my hotel to pack up my stuff and get a good night’s sleep to prepare for next day journey to another beauty of a place. 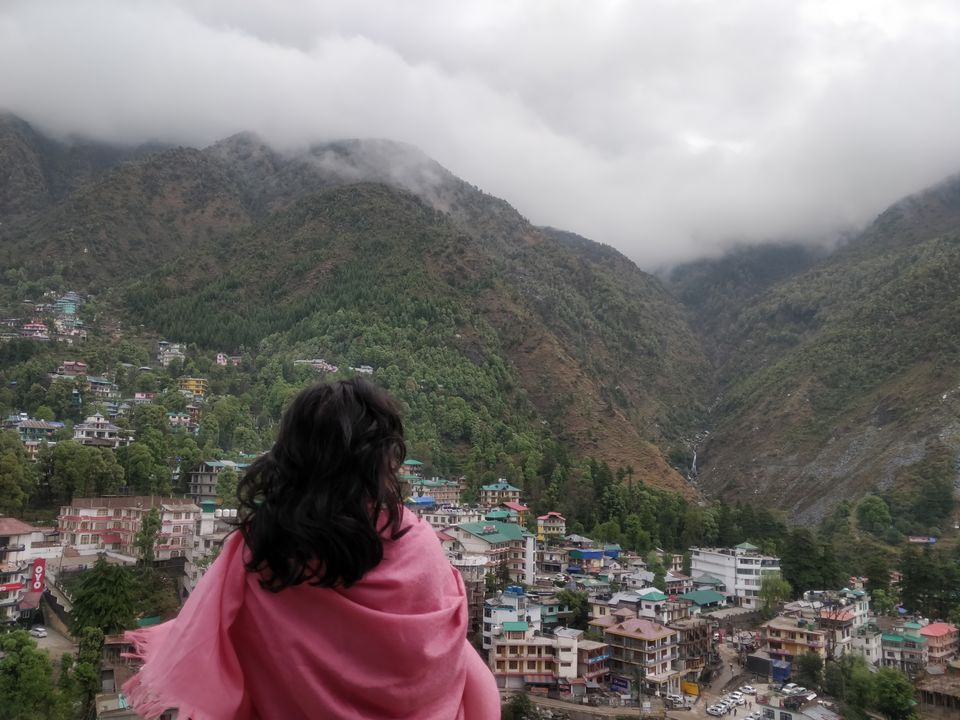 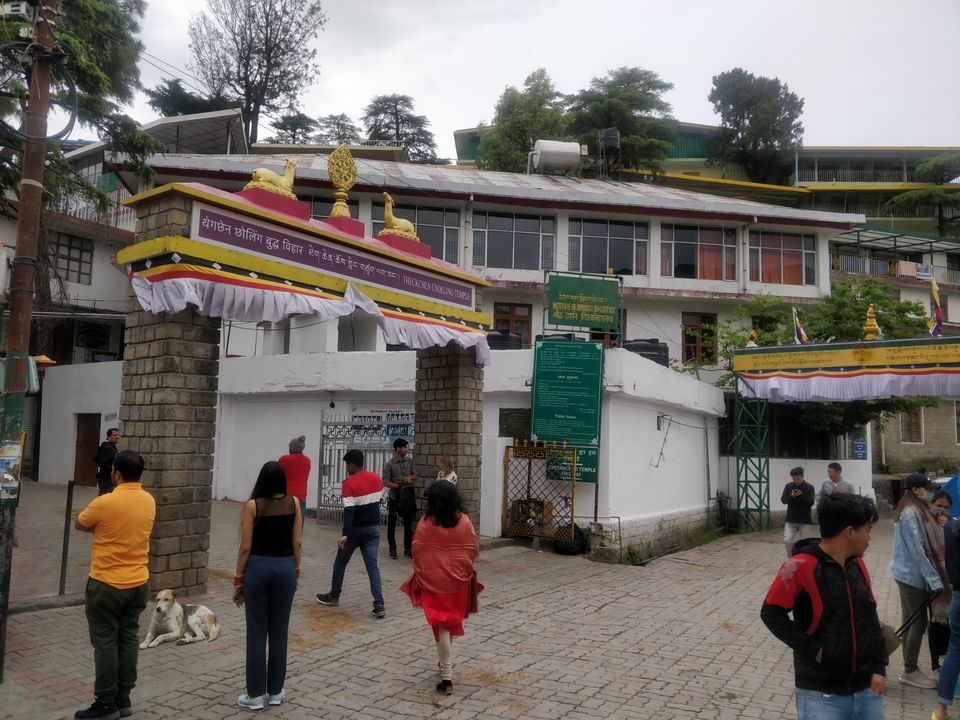 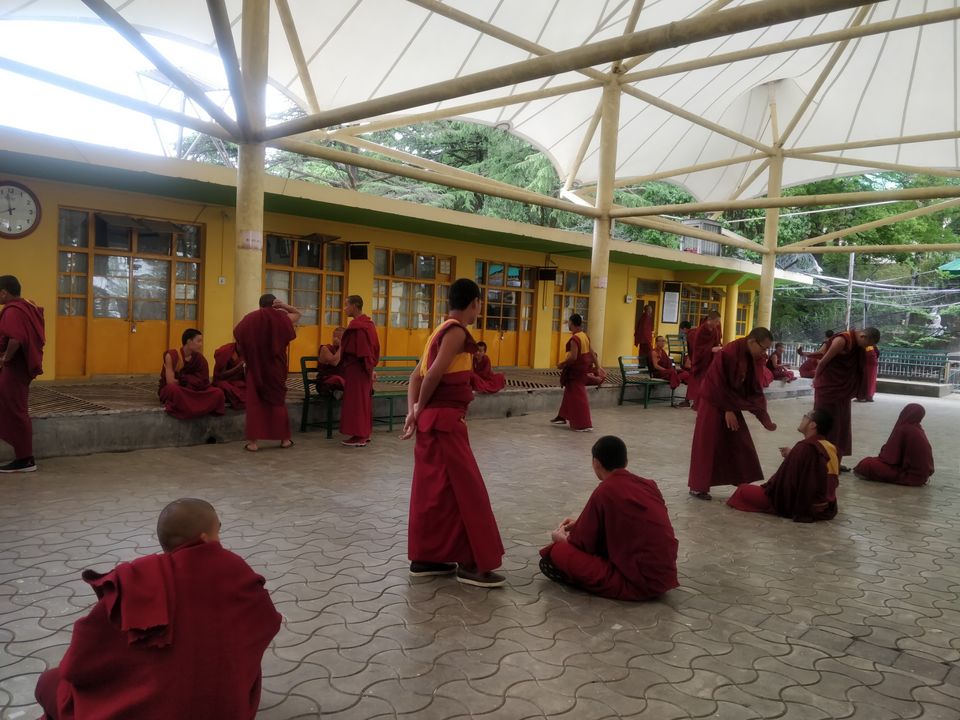 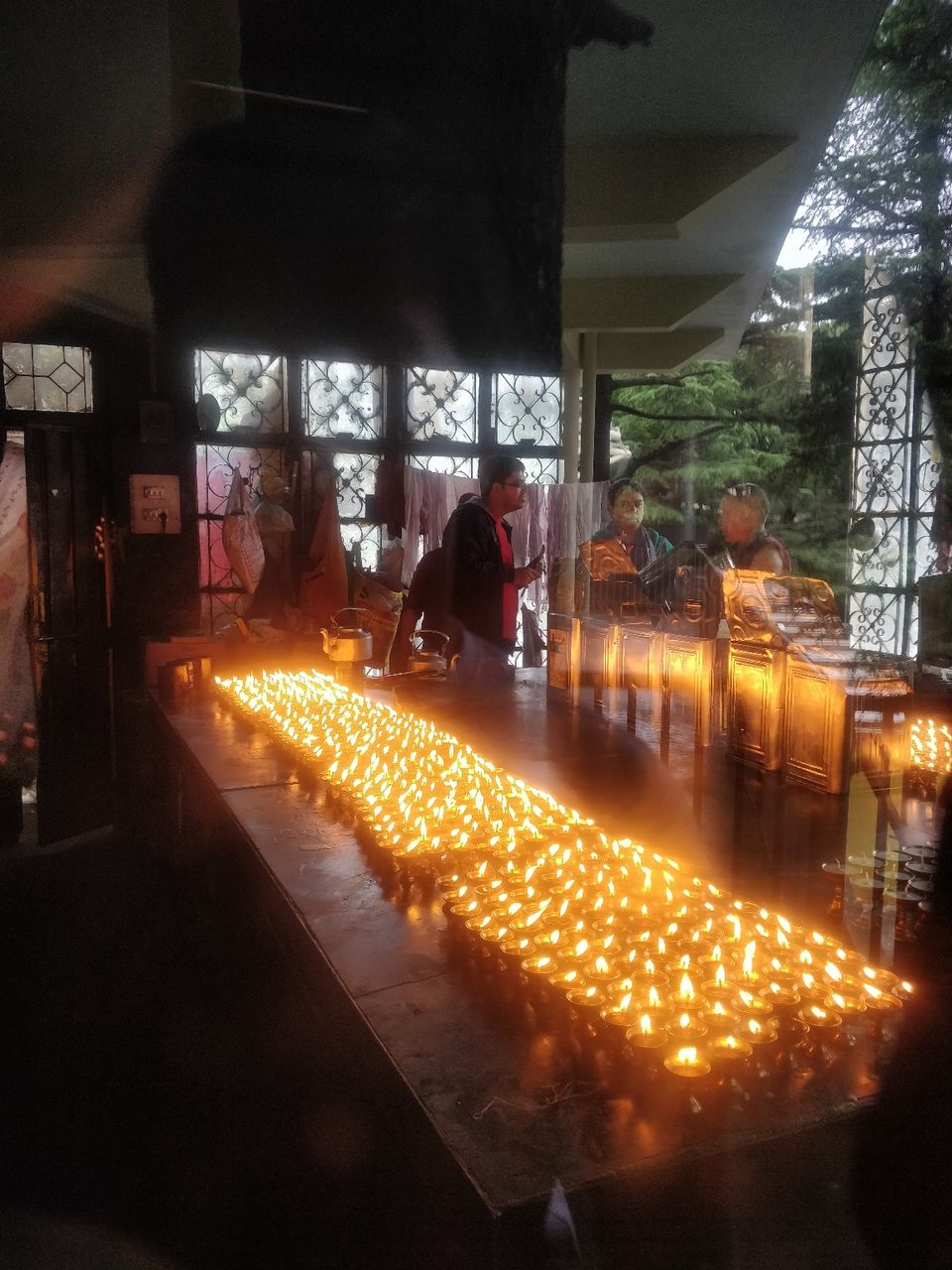 The Buddha in main temple 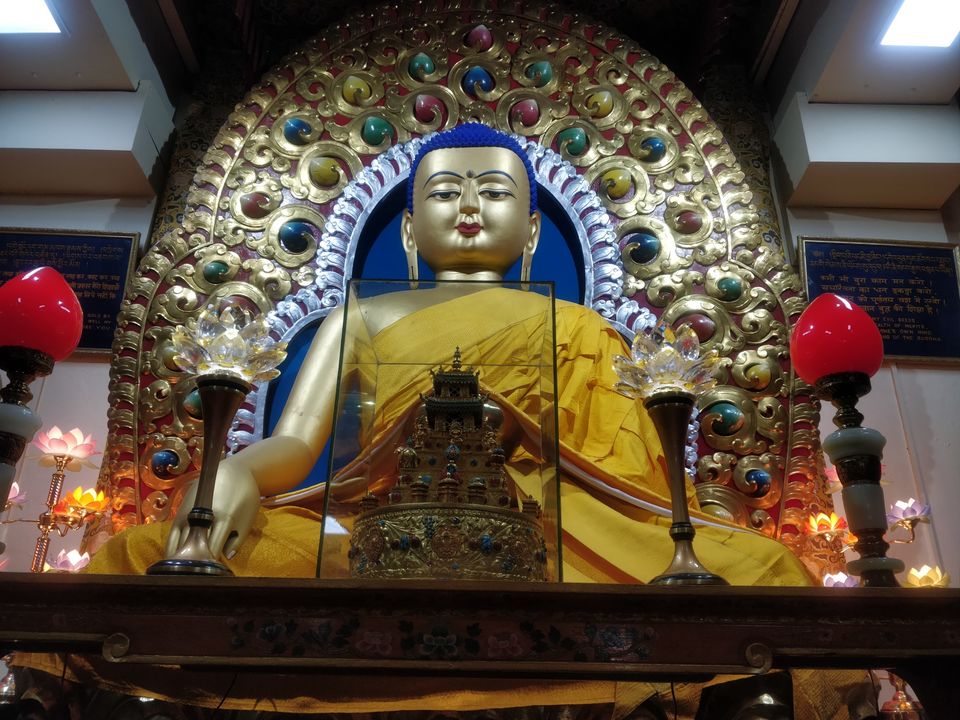 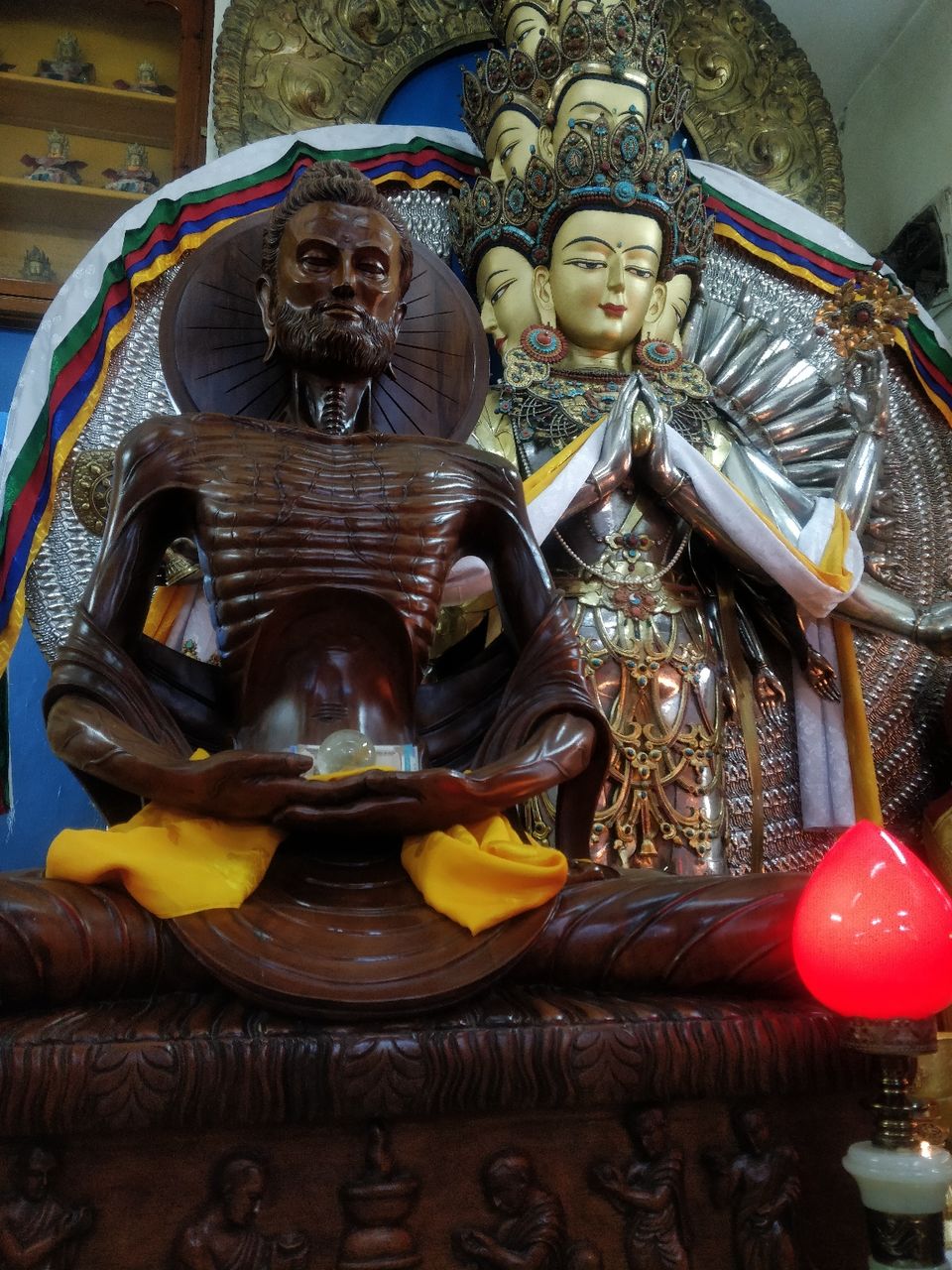 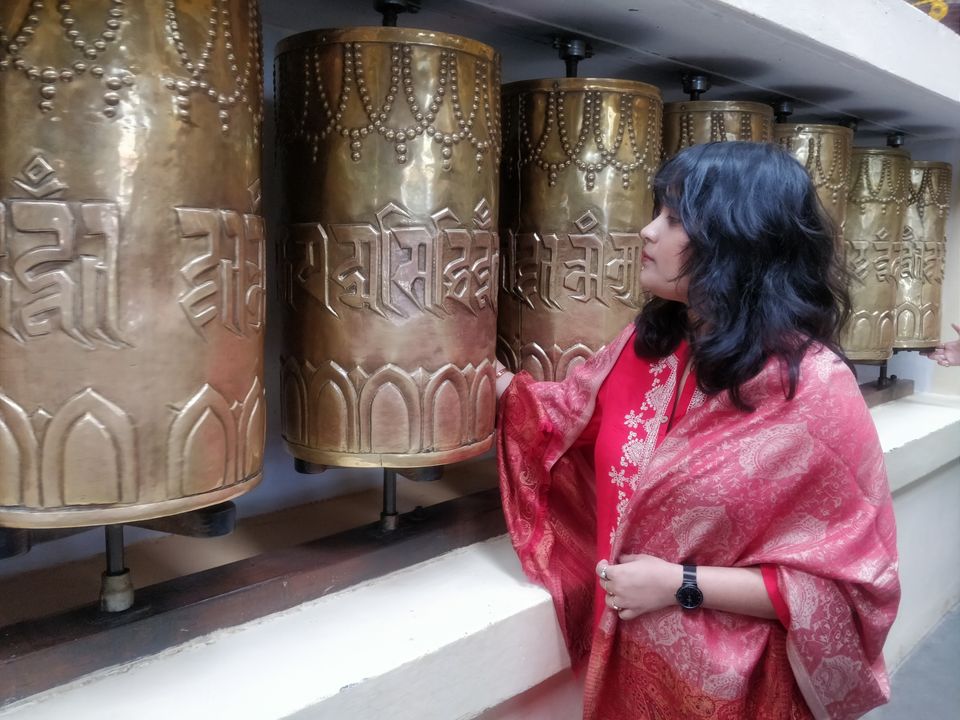 On the corridors of the Monastery 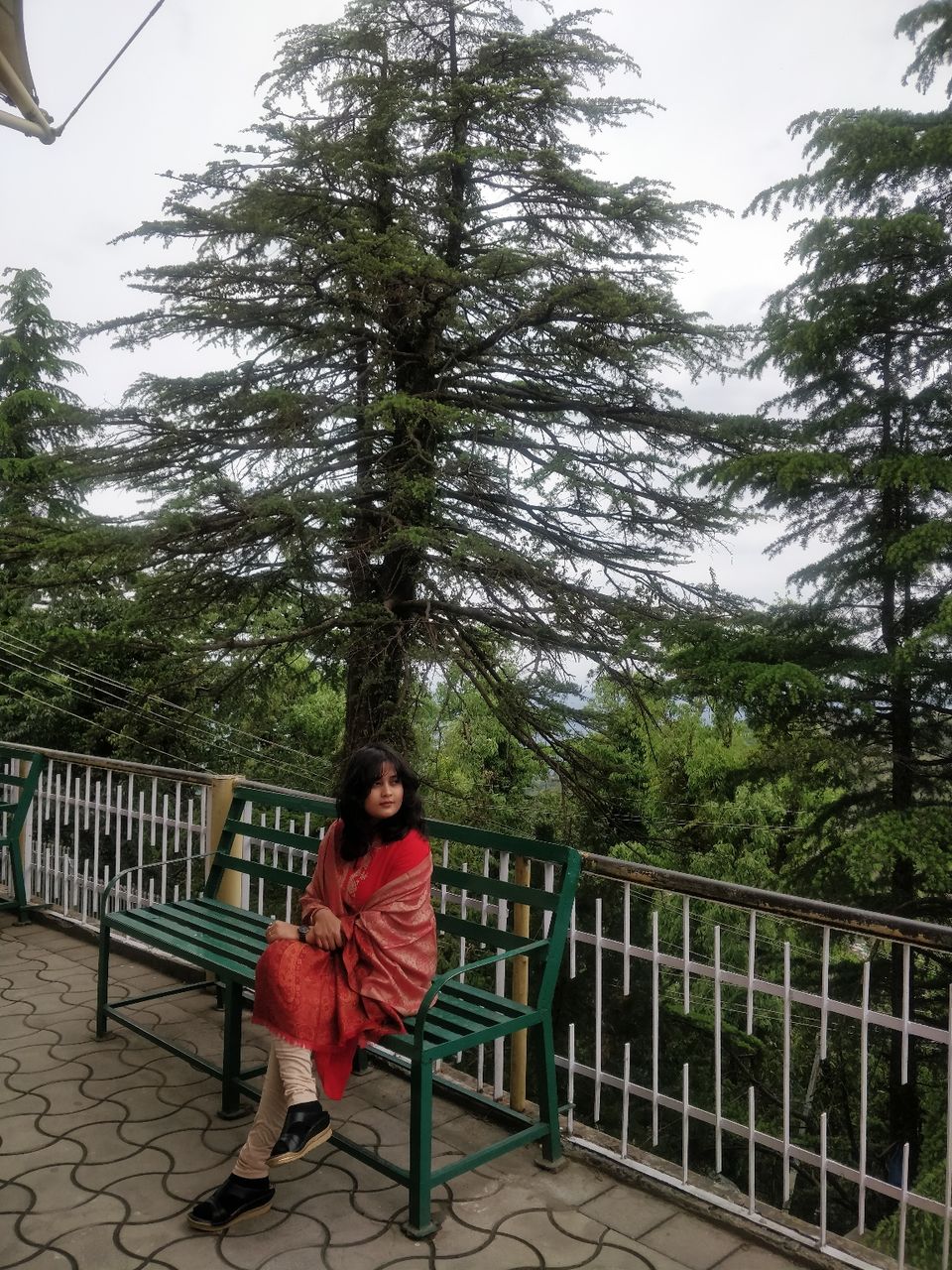 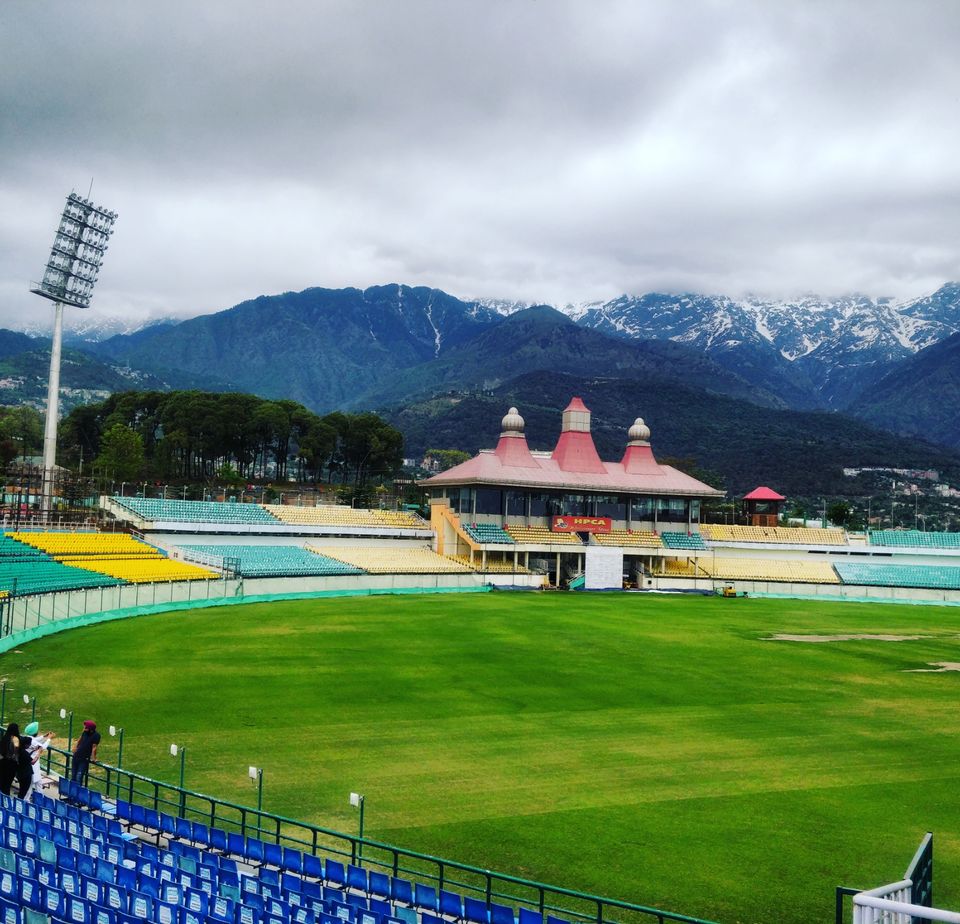 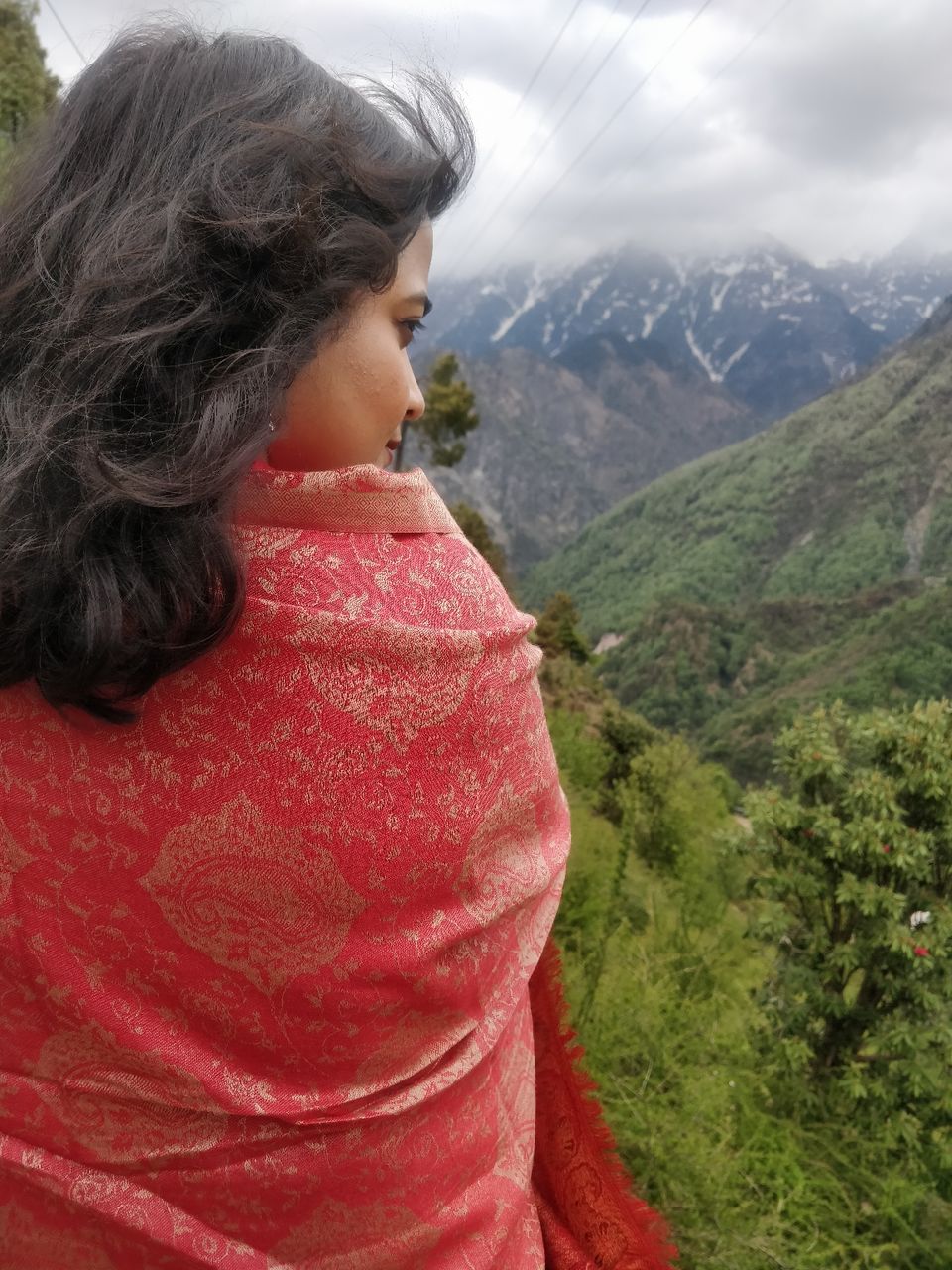 From the cliff point 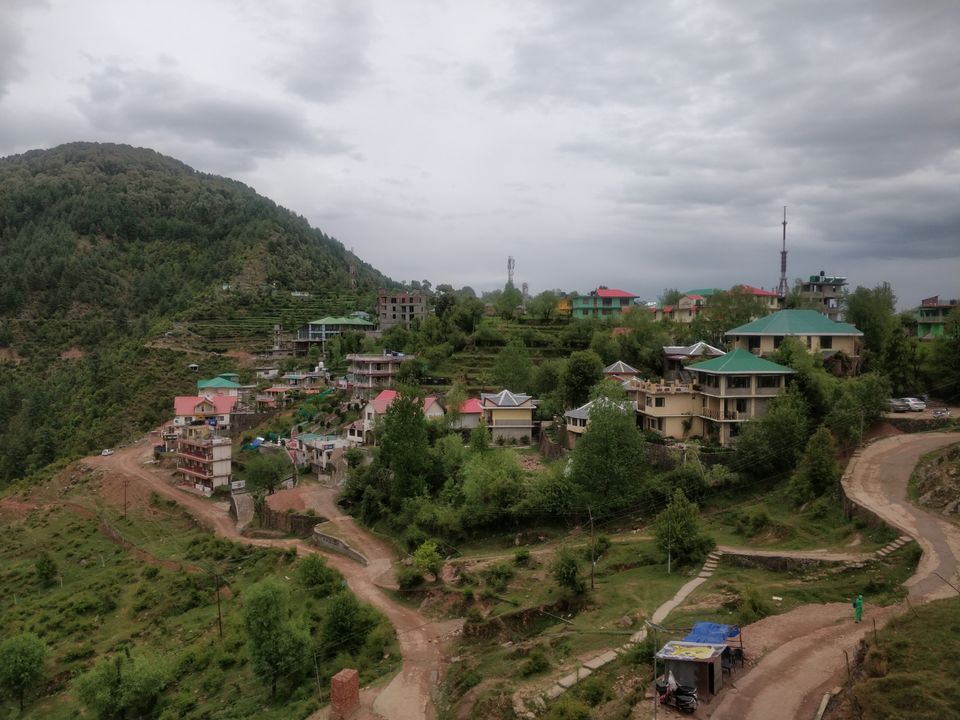 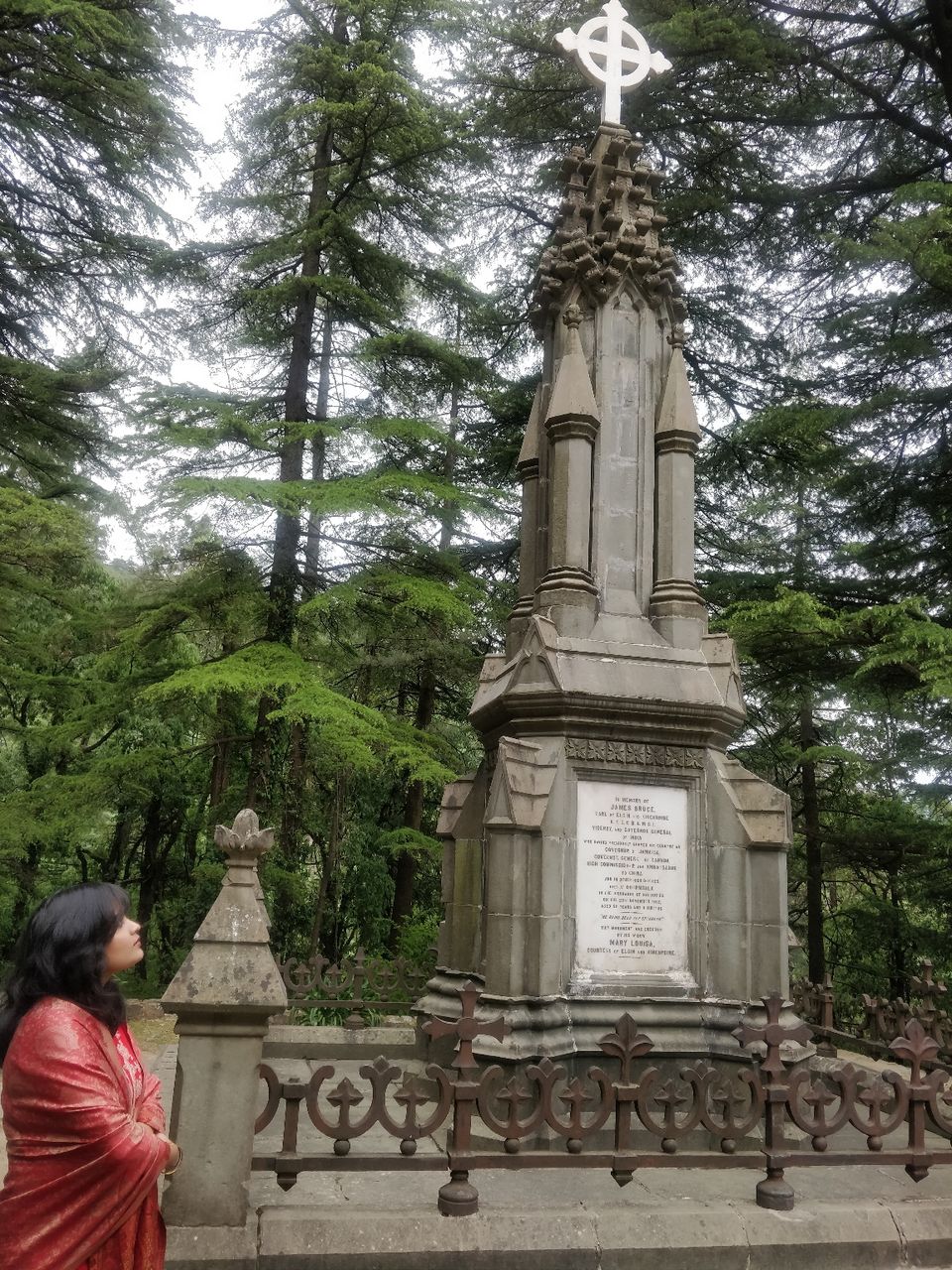 Saint John's in the wilderness 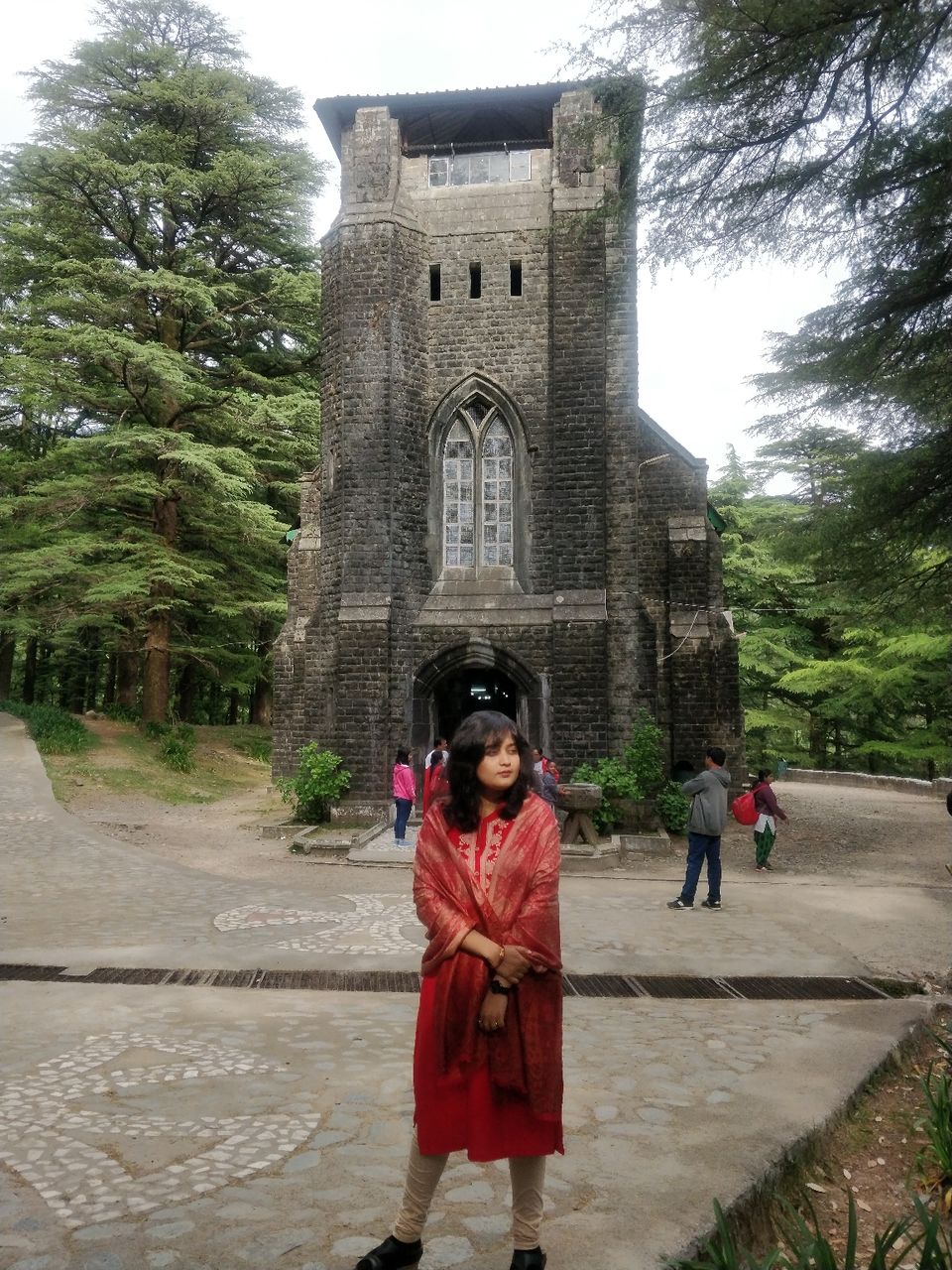 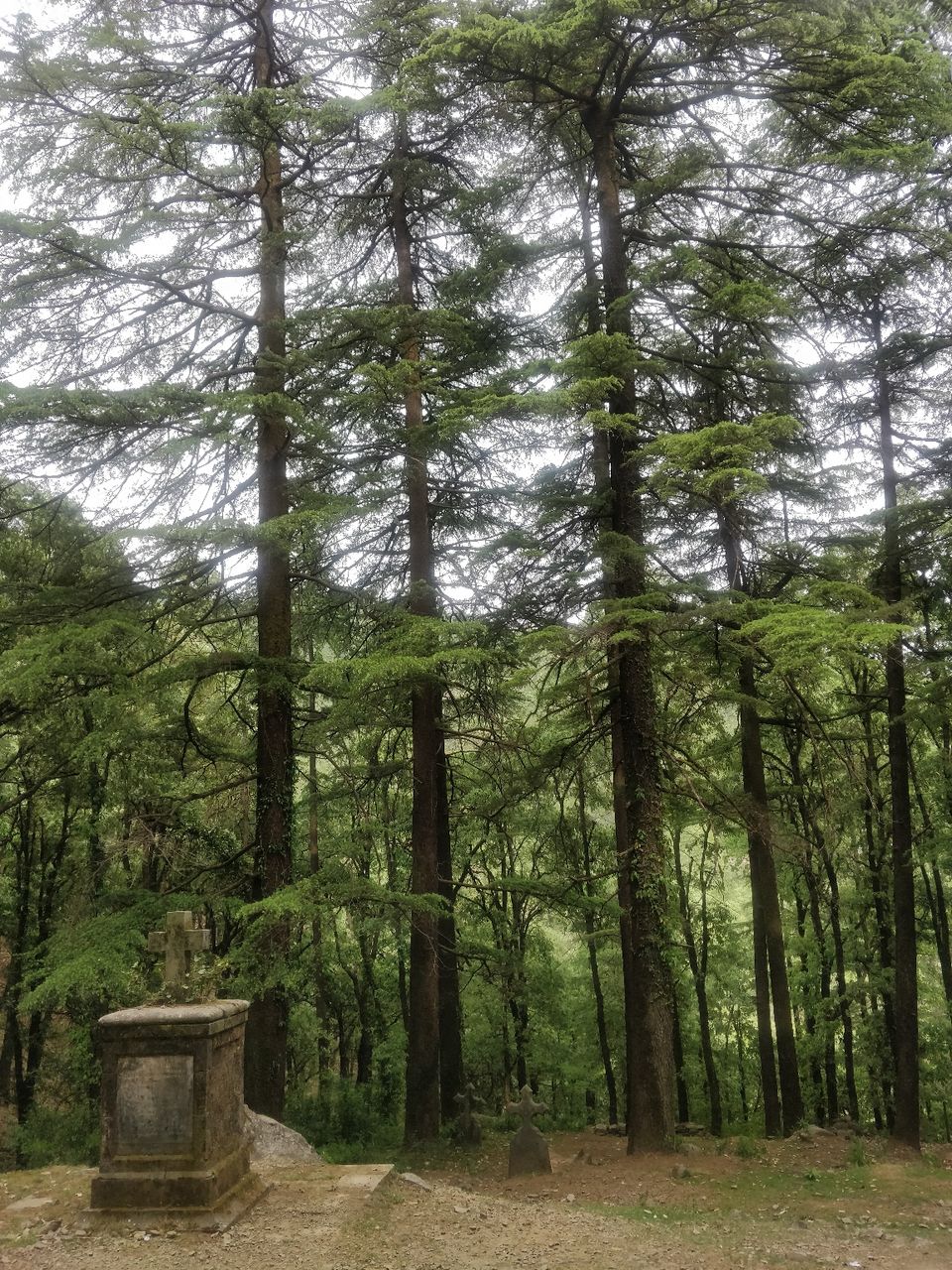 Wandering the streets of Mcleodganj market 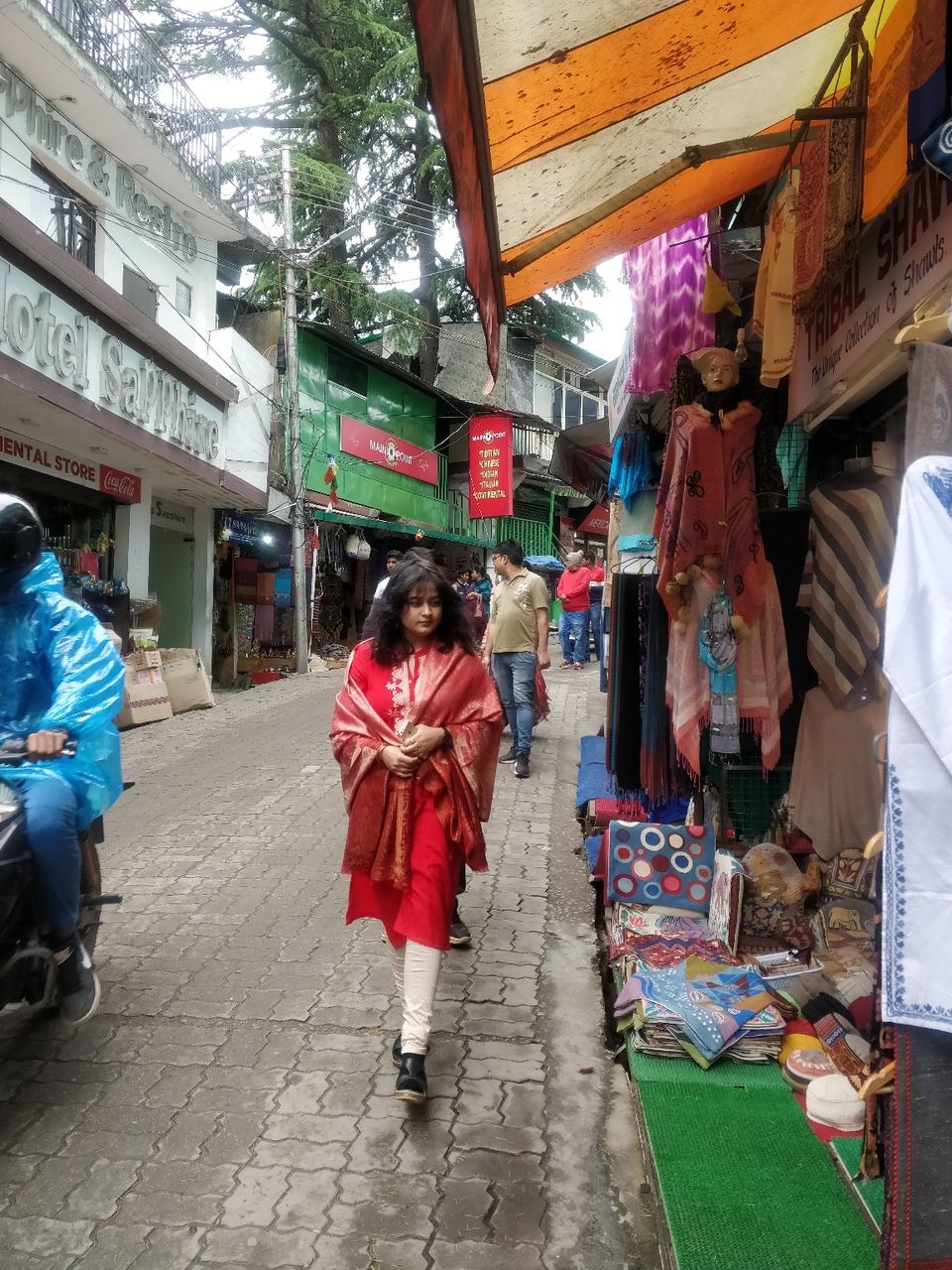 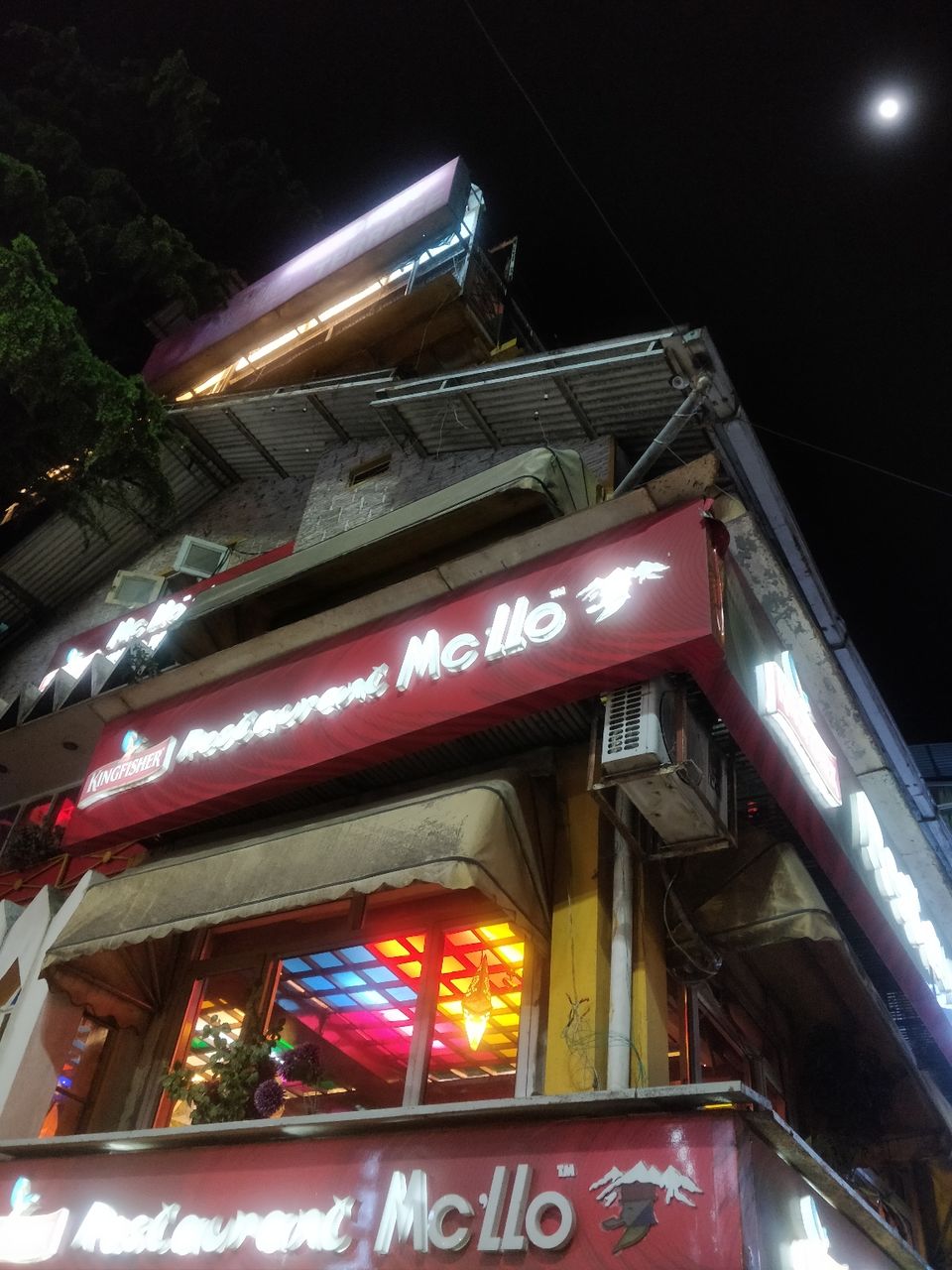 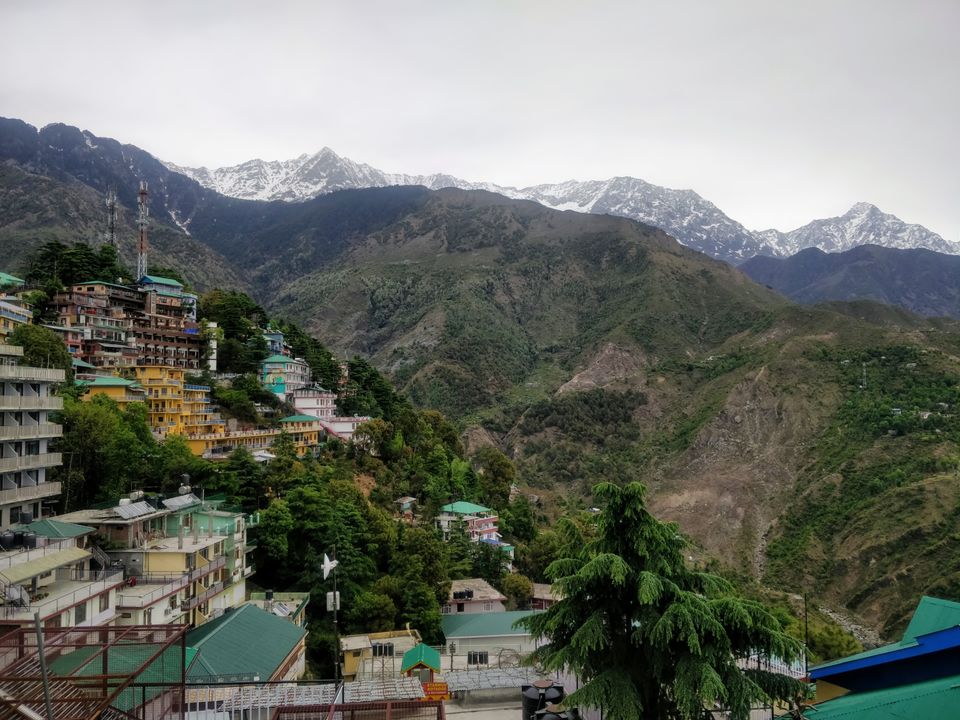