It is that time of the year again. Welcome to the 12th Hero MTB Himalaya - the grandest and the toughest multi-stage XCM (Cross-country marathon style) MTB race in Asia, and it happens right here in India. The extraordinary factual numbers displayed in this article’s beginning are actually just that - the beginning; this race takes its riders through so many unexpected terrains and untouched parts of the Himalayas that the race becomes a life-changing experience for most.

Starting in 2004, the Hero MTB Himalaya has triggered a revolution in terms of how bicycle racing is perceived in India and has consequentially resulted in our country being considered as a serious destination for mountain biking.

We were so intrigued by this annual racing event in India that we went behind the scenes to get the full coverage for the 2016 edition. 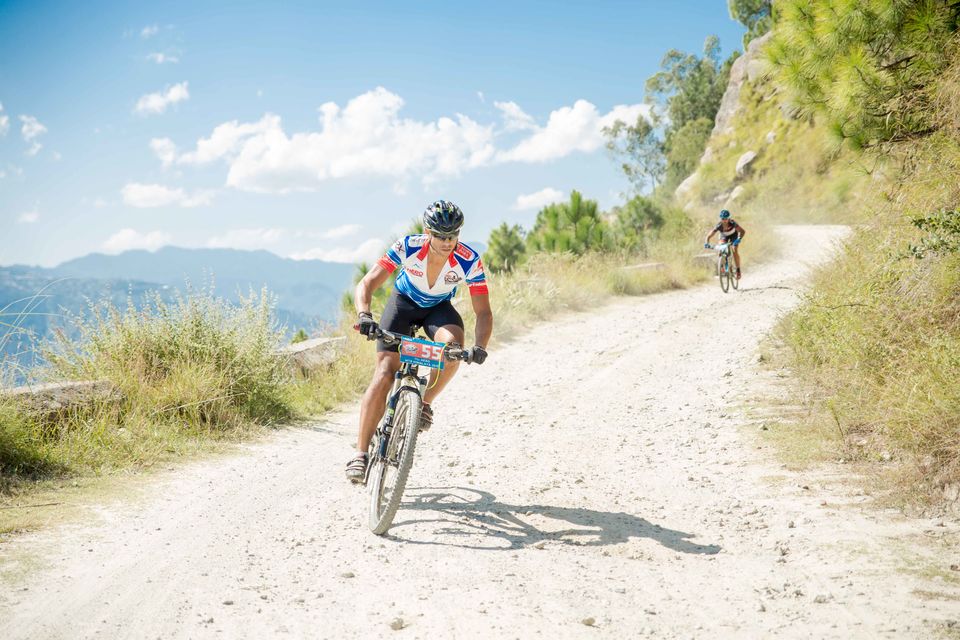 The 2016 edition is special in more ways than one. It is the first time that the organizers - Himalayan Adventure Sports & Tourism Promotion Association (HASTPA) and Hero Cycles - are trying the totally virgin route between Shimla and Dharamshala. The natural track setting will force the elite racers to showcase their versatility as the route will pass through 4 different districts of Himachal Pradesh in 9 days.

The terrain types will also change drastically - from off-road to broken tarmac, from gravel to loose rocks, from mud to sand, amongst other types. The cyclists will also have to encounter two ferocious Himalayan rivers - Beas & Satluj - along the way. The Dhauladhars and the Shivaliks will provide a scenic background that will keep the cyclists excited and inspired throughout their 9-day-long journey. It will truly be a life-changing experience for even the most seasoned of riders. 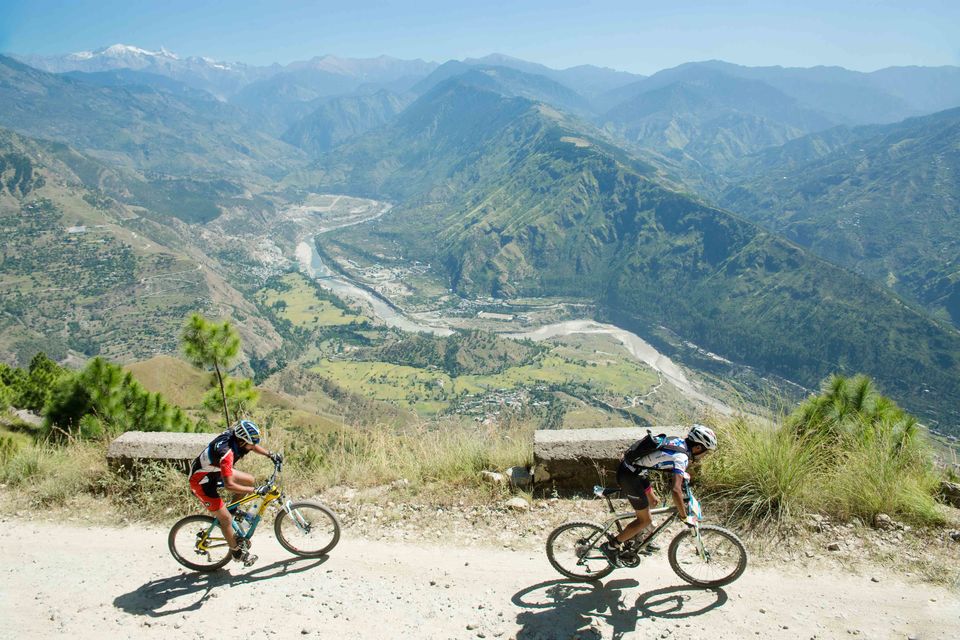 The Hero MTB Himalaya prides itself as being one of the toughest bicycle races across the globe. The participating riders are known to undergo grueling training regimes in the mountains before they eventually park their bikes at the starting ribbon of this race. The 2016 edition will officially witness 60+ confirmed (yet) riders from 12+ nationalities. There are 5 categories in the competitive section - Men Solo, Women Solo, Masters Solo (40-50 yrs), Grand Masters Solo (51+ yrs), and Team of 2.

According to the official website, here are the top 9 champion riders that have confirmed participation:

A proud winner at this event two years ago, this Canadian has garnered a massive fan following in the Himalayas. Cory plays for the Kona Factory Team.

This veteran British cyclist already has the world &amp; European championships under her illustrious belt. Catherine has also participated in the MTB Himalaya before and will be vying for the top spot this time.

Another seasoned favourite in the women’s solo category, Ilda also hails from Portugal. She has previously won the Operto Vitalis XCM Championship amongst others that will come in handy to her in this race.

Another fan favourite in the Indian hills, this Canadian won the competition in the Masters category back in 2012. This will be his third stint here.

This Indian prodigy will literally have a lot riding on his shoulders. Fresh off from podium finishes at the MTB Shimla, India National Championship, among a lot others, Thakur will be riding for India's first professional MTB team - the Hero Action team.

This German has competed strongly in the best races across the globe, including the Black Forest Bike Marathon, Ritchey MTB Challenge, Konig Ludwig Bike Club, etc. This time he will give his best at this event.

Another young prodigy in the race this year, Hartman has achieved a lot in his short career which includes the National Park Bike Marathon 2012. His hunger for success is his USP.

This charismatic English teacher is a 24-hour solo world champ from 2009-16. He is coming in conquest of the Himalayas for the first time, and it is because of his family & friends that he is doing so.

This is the first time for the 26-yr-old Naima in the Hero MTB Himalaya. That's probably because she gets a high from the scenic landscapes, and she'll have them in plenty at this race. 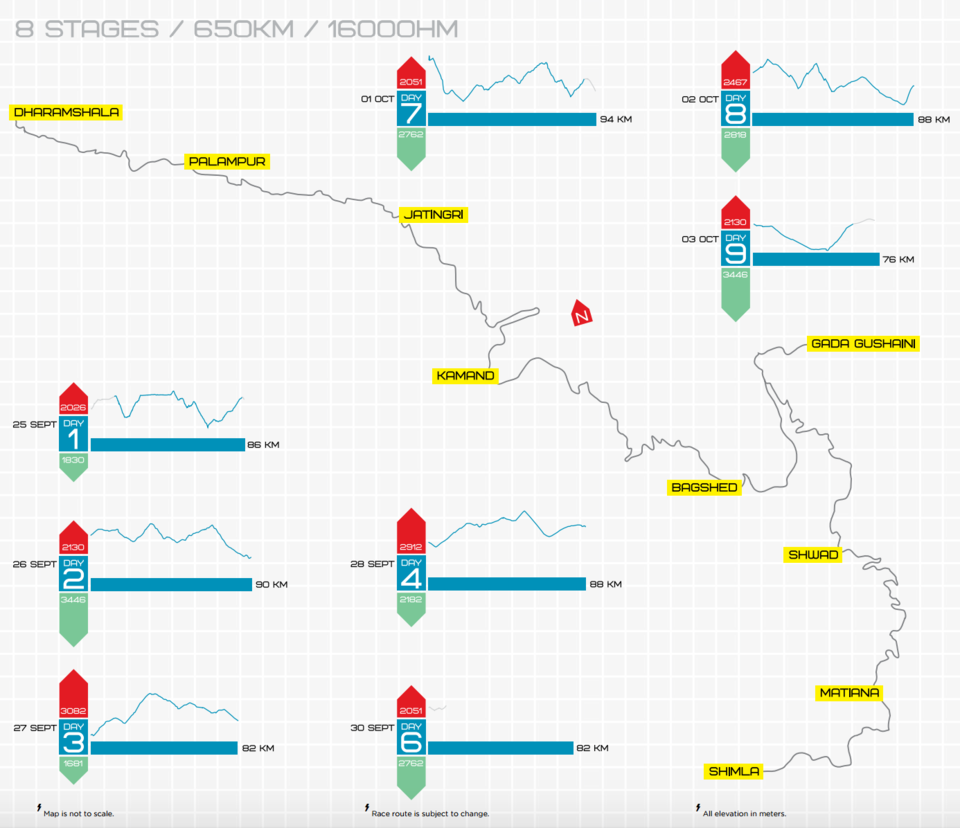 While the riders will be looking for unprecedented glory, it’s the spectators that will be the winners with each passing day. The Hero MTB Himalaya '16 hosts a route that makes for an extremely enviable travel itinerary. For 9 days, the official “supporters” and “trippers” will be witnesses to an array of sublime scenic locations.

From Shimla to Dharamshala, the spectators will experience a variety of desirable climactic changes throughout their journey. From luxury hotels to campsites, it will be a memorable rendezvous with the Himalayas.

Here are the major checkpoints of the journey:

Although a small village located in the beautiful Joginder Nagar Valley, Bir has gradually gained major prominence as an ecotourism destination in the recent years. Also, the fact that Bir Billing is the second highest point for paragliding in the world also renders it sufficient significance to be in a serious traveler’s itinerary 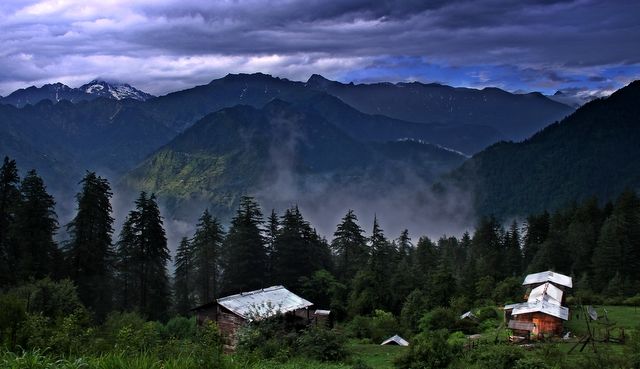 Along the entire track route, this will undoubtedly be one of the most scenic destinations for travelers. GNHP is located in the Kullu region and is home to a great number of flora and fauna. Because of its immense dedication to the cause of biodiversity, UNESCO also recognized it as a World Heritage Site two years ago. 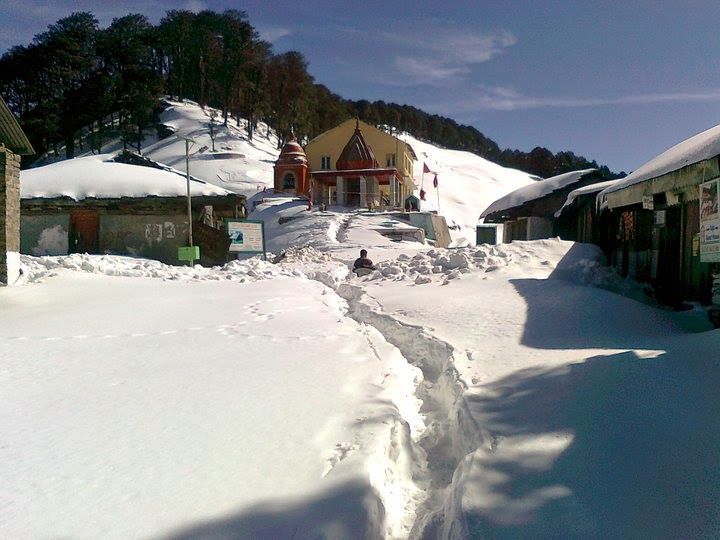 Located at an elevation of of 3120 m, Jalori Pass will be one of the highest points in our journey. One can marvel at the clean view of Himalayas for an eternity while driving through this beautiful Pass. With the stunning Shoja village in the proximity, there will be no dearth of gorgeous sights here.

This 50+ km stretch will probably give you stories of a lifetime. These towns are pretty close to Shimla, hence one will get to experience these checkpoints in the beginning of the race itself. A quintessential example of “Journey well begun is half done,” the Mashobra to Narkanda route will also provide great restaurants along the way. 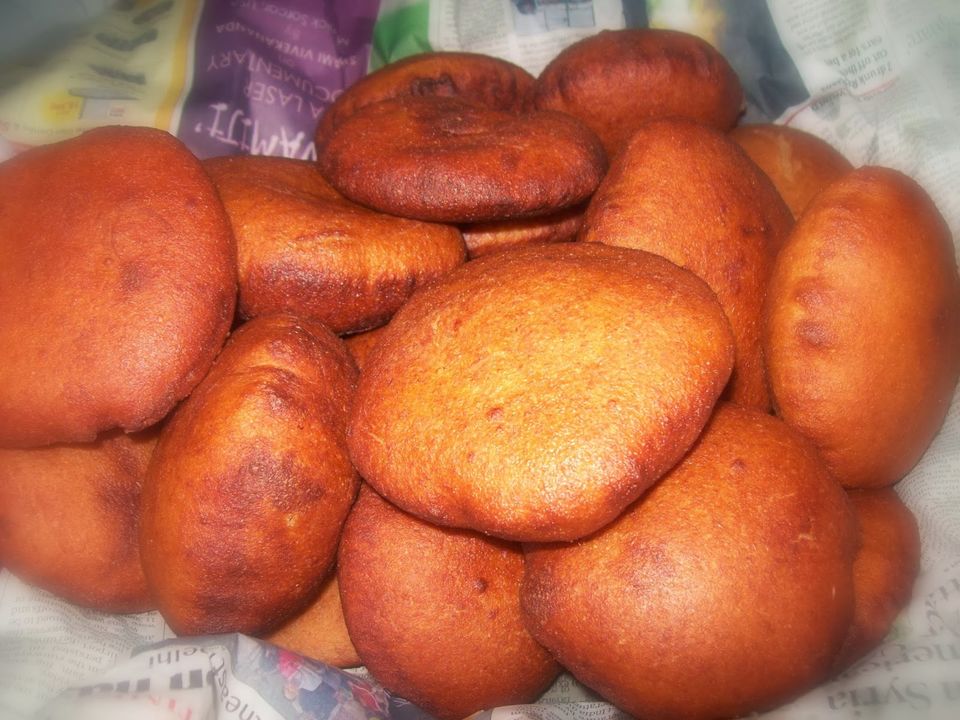 We have said it a thousand times before that Himachal doesn’t cease to surprise us. One could possibly give a major credit to the food as well. The Hero MTB Himalaya ’16 is organized keeping well in mind the culinary desires of human beings, and what better way to accentuate the entire journey by putting the best of local cuisine on offer.

From the local main-course favourite “Dham" to the Himachali Kachori called “Babru,” from their version of lamb meat called “Chha Meat” to their version of pancakes called “Patande,” from the special “Kangra Chai” to the exclusive “Dharamshala Momos,” the track will give ample chances to everyone to be a winner in their individual culinary endeavours. 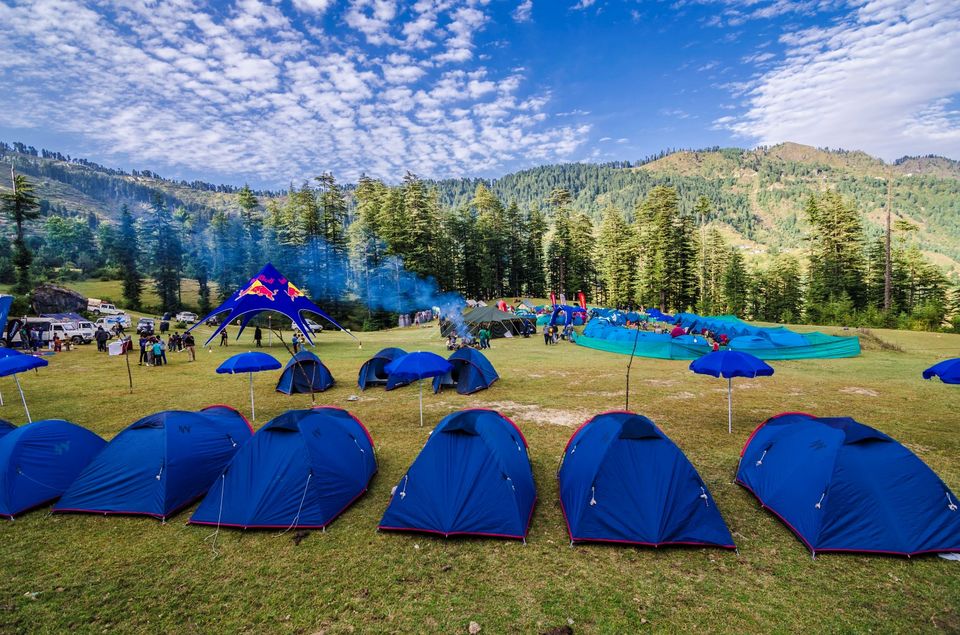 There are several concrete reasons why the Hero MTB Himalaya '16 is an event like no other. Not just the cyclists attain lifetime glory, but the spectators also emerge as winners with lovely memories out of picturesque sites. We encourage you to be a part of this journey, for you will bless us for the rest of your life.

In partnership with Hero MTB Himalaya 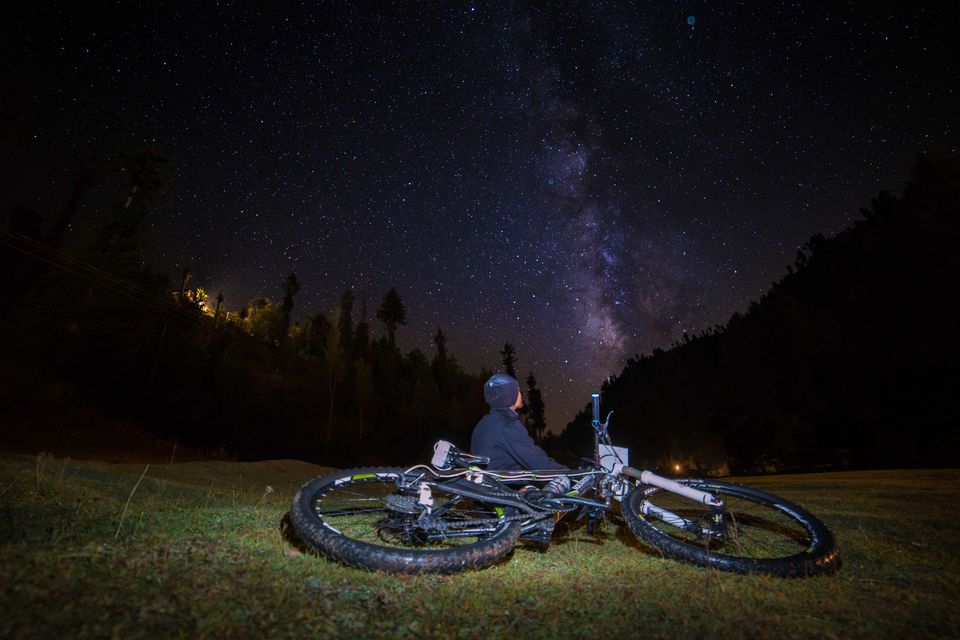