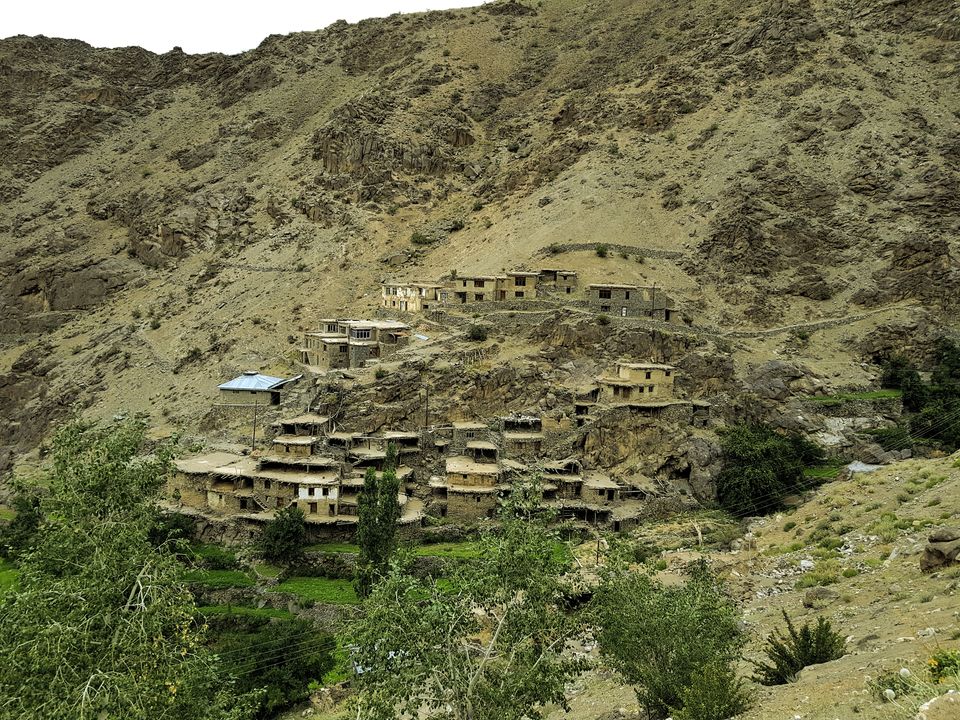 A dusty, nondescript village nestled among the craggy peaks of Kargil, Hunderman has sen much over the centuries sensitive Himalayan Hamlet has witnessed innumerable skirmishes and 4 wars with Pakistan (including the most recent Kargil war).

According to the locals, the village has since been a part of two countries. Between 1947 and 1971, it was a part of Pakistan before it was taken to Indian control during the 1971 war in Gilgit-Baltistan.

Lot of Hunderman's residents fled to Pakistan, while the ones who chose to stay behind became Indian citizens overnight. In 1947, when a primary school was built in a small settlement, in upper parts of valley, the villagers abandoned their old village (called Hunderman Brok) and moved to the new settlement. They built clusters of mud and water houses for themselves and found employment as poters in Indian Army.

Since Hunderman has been vacant for years, it became a ghost village with silent houses and weather beaten artifacts lying scattered its narrow paths. It was not until 2015 that Ilyas Ansari, man with historical routes in village decided to do something about it. With the help from Muzammil and Tafazzul Hussain (founders of Root Ladakh, a travel company centered around rural tourism) and Roots Collective (a local NGO that works for cultural preservation), Ansari began converting its ancestral property (two small houses) in Hunderman Brok into museum. This museum consists of medicines. cookies made in Pakistan. People can witness the cultural heritage of the place.

Ilyas Ansari, the only man who lives in Hunderman village

The very famous Silk Route encompasses Hunderman village of Kargil and it has been the witness of trade growth in the country.

Note to the travelers: You can see the beauty of the place by travelling from the Manali track