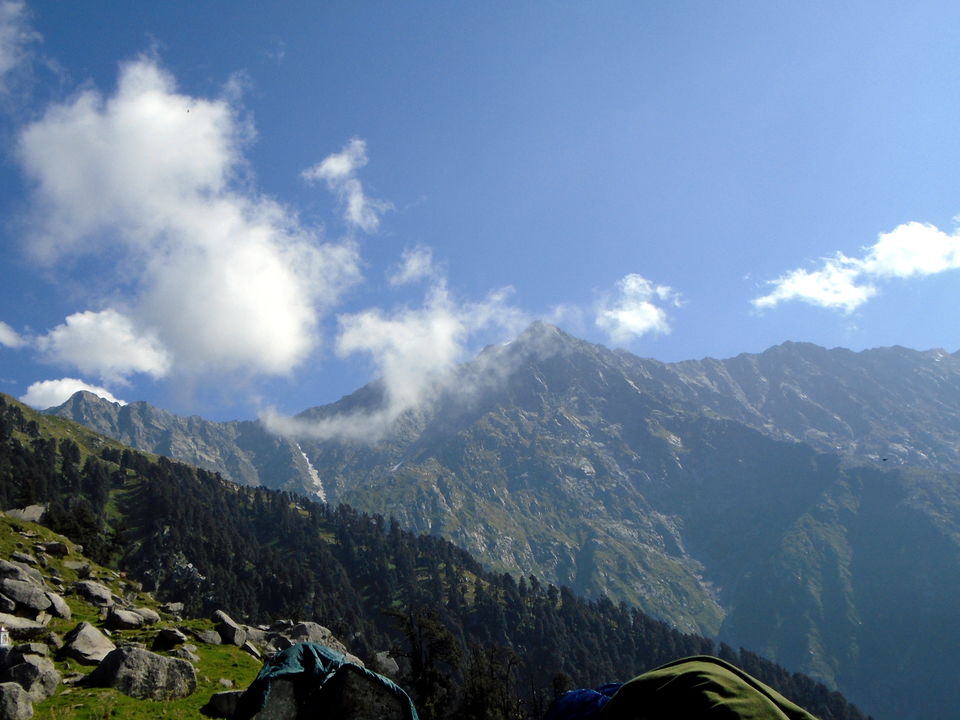 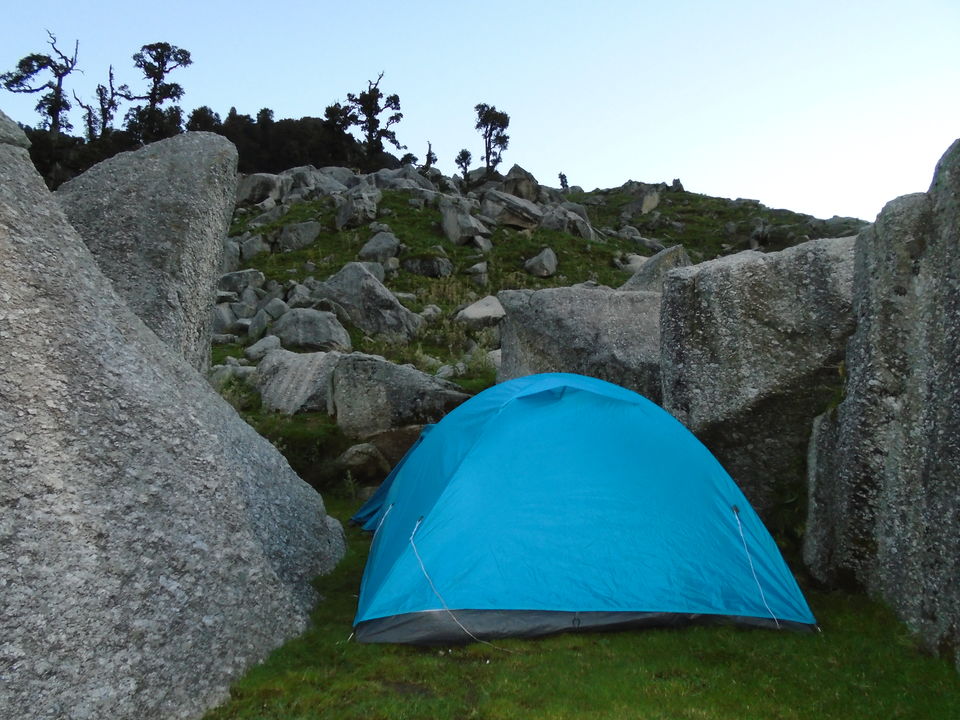 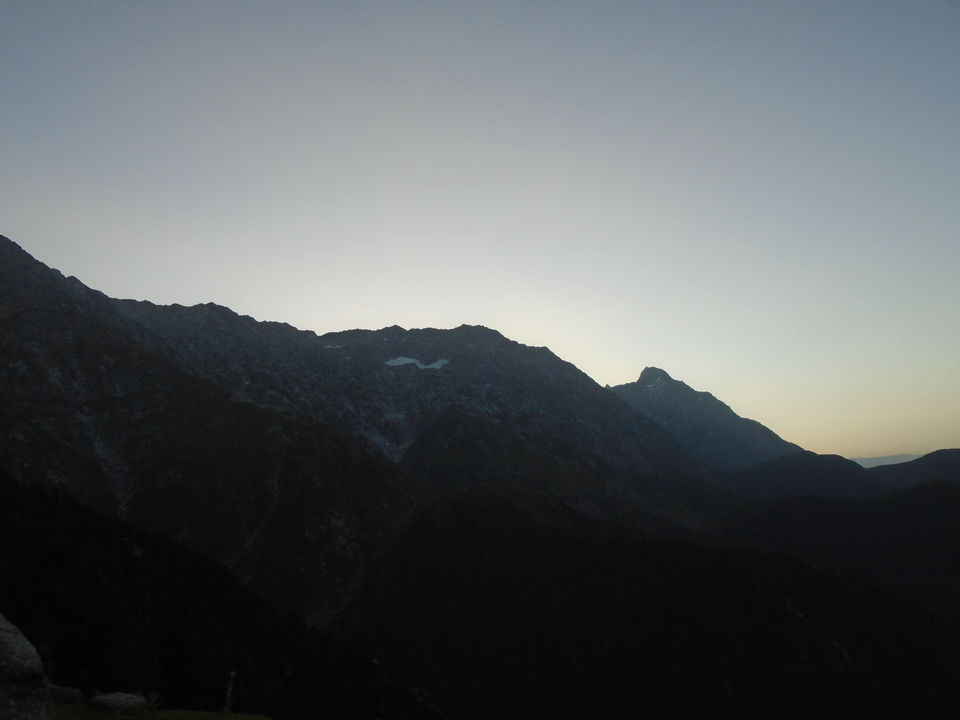 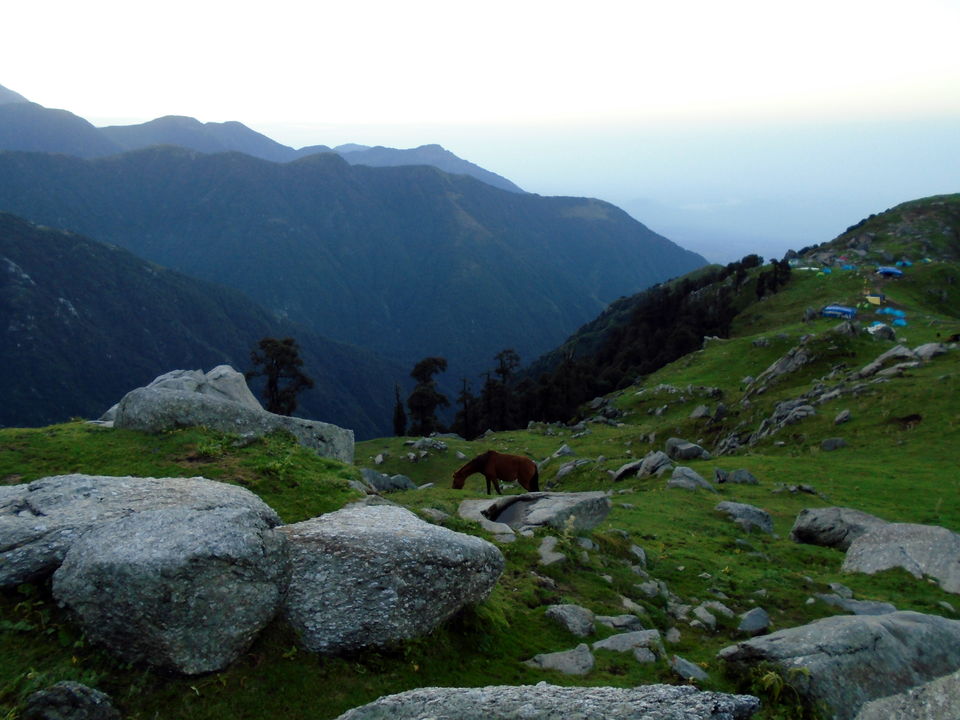 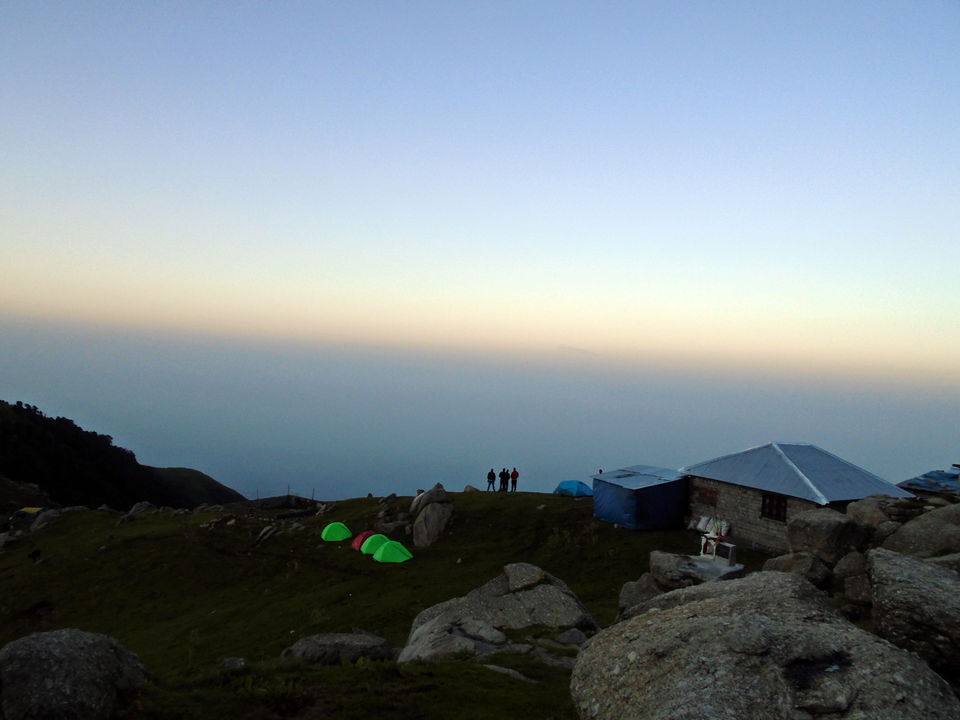 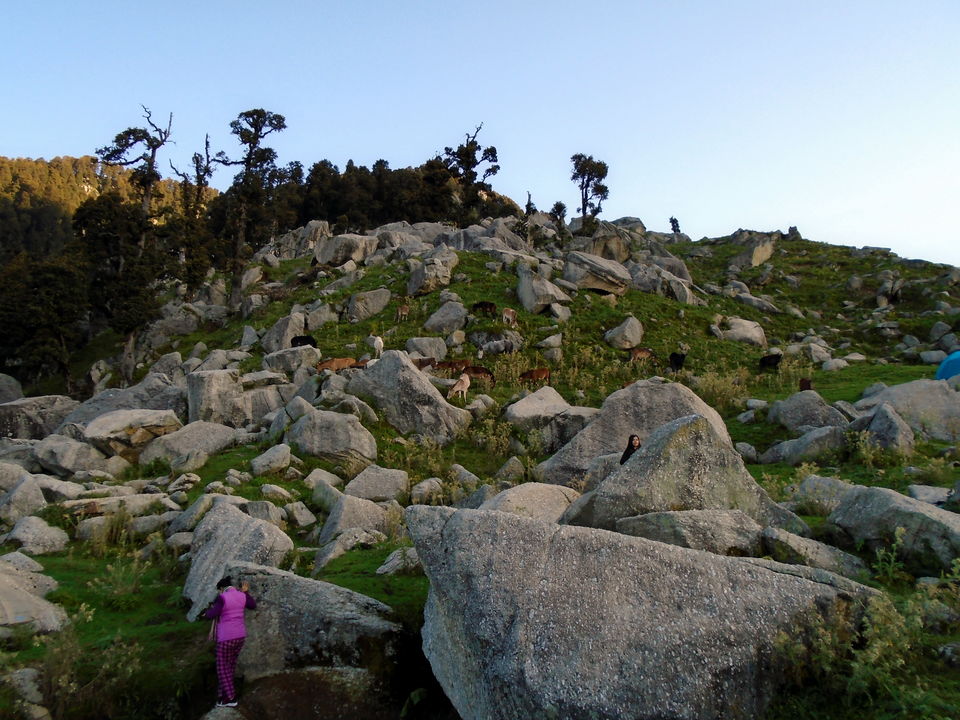 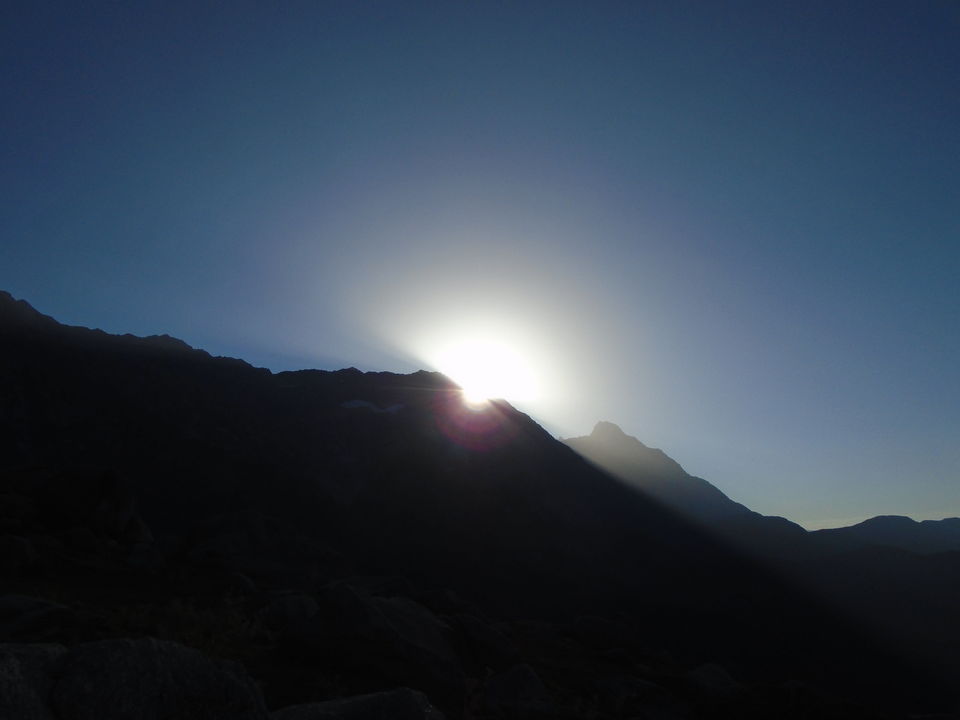 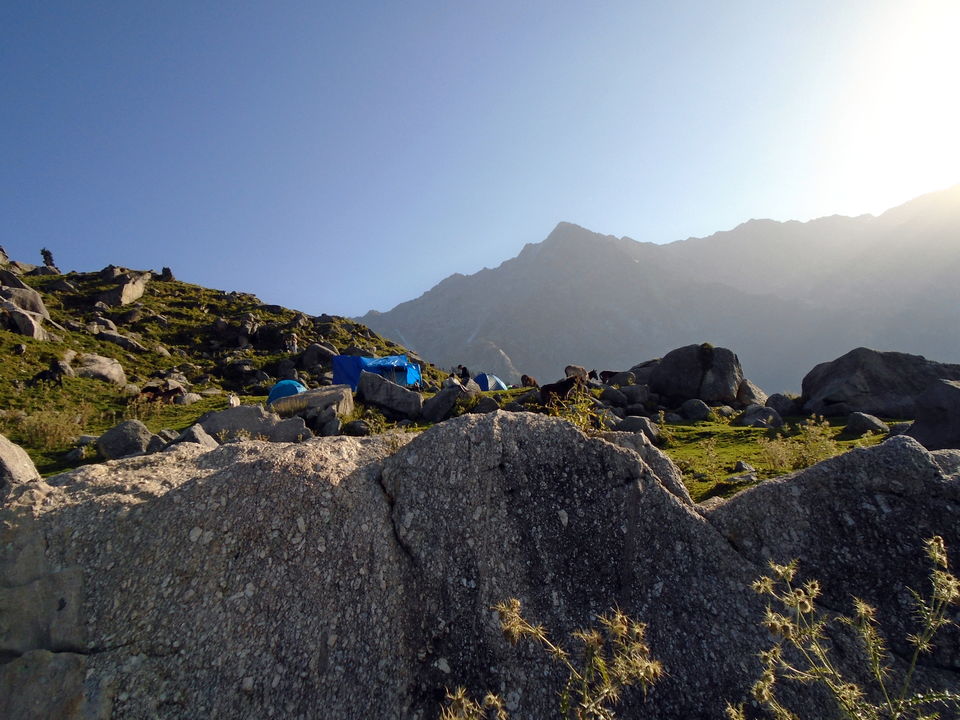 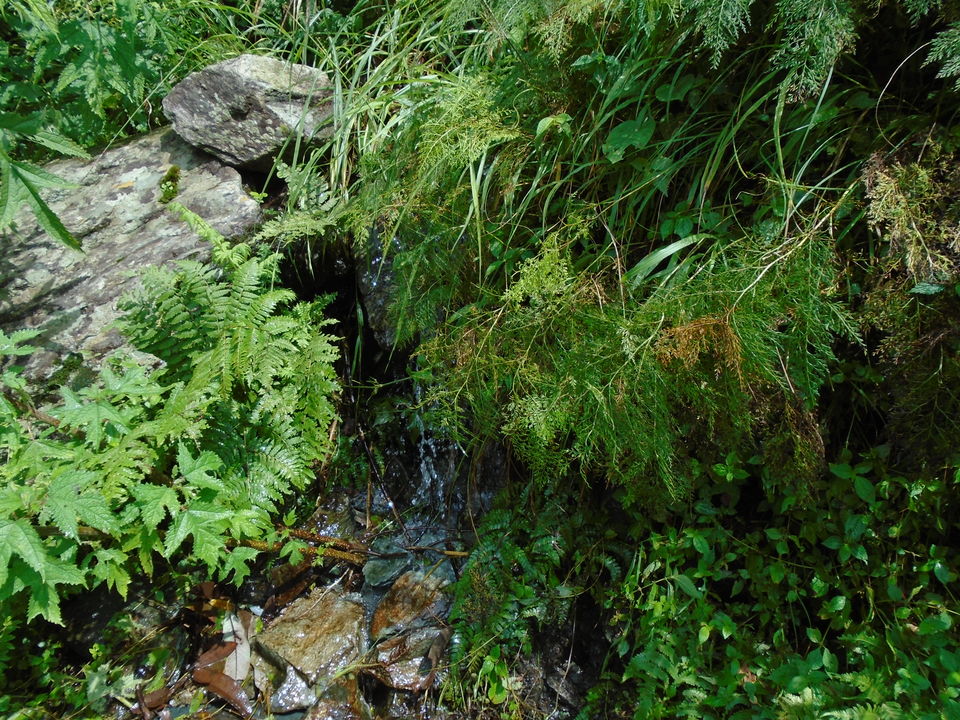 This might not exactly be a perfect start for any travelogue, but it exactly show cases my feeling even before the trip started! It’s been a while I have stepped in my travelling shoes and decided to take a break from a routine life. Bunch of folks from office also felt the same way. As usual, all it took was a call for Triund, a beautiful place and we had the plans rolling on, greased by the enthusiasm like never before. The challenge was to complete the Triund trek roughly 2875 meter above sea level. The prize was spectacular view of the snow covered peaks of Dhauladhar one side and Kangra valley on the other. The preparations were in full swing, everybody geared up for the trek and packing all the necessary stuff. Coming back to the day of the journey, we left Chandigarh and hit NH1 in early hours high on adventure and thrill, preparing ourselves for the trek as office folks hardly indulge in physical activities. We reached Mcleodganj around 7 in the morning, checked in a hotel, freshened up and were ready to take the activity head on. We had a light breakfast and seemed worried with the intensity of the sun in early hours but we had very little idea that nature had different plans for us. Our guide was a guy named Vinod who seemed quite an experienced guy, very though rely explained about all the Do’s and Don’ts. We started our long journey of 9 km. The way was getting steeper step by step, hardly after 500 meters, started breathing heavily and we all sat for a little break. We had Gatorade and started again and we realized the sky getting darker and darker. Few minutes later it started pouring down, a slight drizzle accompanied by cold breeze we were happy with this sudden change of weather. We thought it was a passing shower which is quite usual in hilly areas. We continued our journey and after a while it started raining cats and dogs, we all were drenched from head to toe. The muddy water was running down the path making it difficult to acquire a strong grip on the stones which were getting slippery. We finally reached Sh. Gallu Devi temple, it’s basically the first checkpoint. We had tea and reassessed the situation shall we continue or return back to the hotel and decided to continue. We bought raincoats from the shop tea stall there and started our journey to the top. The trek after the first checkpoint gets a bit tough, with steep curves and moderate trails. Owing to the heavy down pour during the previous couple of hours, the air was damp and laden with moisture. We continued making our way through the Rhododendron forest and came across a tea stall after few kilometers. We came across some splendid views from the top, down the valley, took few snaps and continued on our way. We had a little snack break and were under pressure to complete the trek before it gets dark. The temperature started falling drastically, we made our way to the last part of the trail. A cold breeze was blowing across the valley, and it gave a bone chilling feeling. Finally we reached at the top and were mesmerized seeing a rainbow, along with an amazing view of the valley. It gave a feeling of accomplishment after looking at the Mcleodganj and Dharamsala from the top. We had tea to make ourselves more comfortable, in the meanwhile our guide setup the tents for the night. We were heartbroken on realizing the fact that, whole of the forest was wet because of rains which in turn diminishes the chances for any bonfire. It was need of the hour as we wanted to dry ourselves around the fire but our guide came to our rescue and he did managed some dry woods from the tea stall at the top. It was a spectacular view up in the sky, as the sky was very clear after the rains and swear to god have never seen so many stars at a time. It was such a lovely feeling away from city traffic, pollution and normal routine life. One could really feel the inner peace and achieve that calmness missing from our busy lives. After dinner we slept early as we were tired from the journey. Next day we woke up early in the morning and very eagerly waited for the sunrise. The first orange hued rays of sunrise kissed the mountain peaks and the green colour grass started glowing. The sun rays with the same loving care as the Mother Nature ascended and covered the whole valley upfront. These soft rays that should have brought warmth to a new day only acted to solidify the greatness of nature. We sat back down on the stones and become witness to this resplendent moment. After few minutes the sun rays became strong and we felt bad, but you can't argue with the sun. We started our journey back to Mcleodganj and after 4 hours of trek reached our hotel back where we rested for a while and head back to Chandigarh. Please do not litter or throw garbage on the treks or down in the valley, Contribute and Help in keeping Nature Clean. Happy Trekking!