An evening with the 'Ganges' 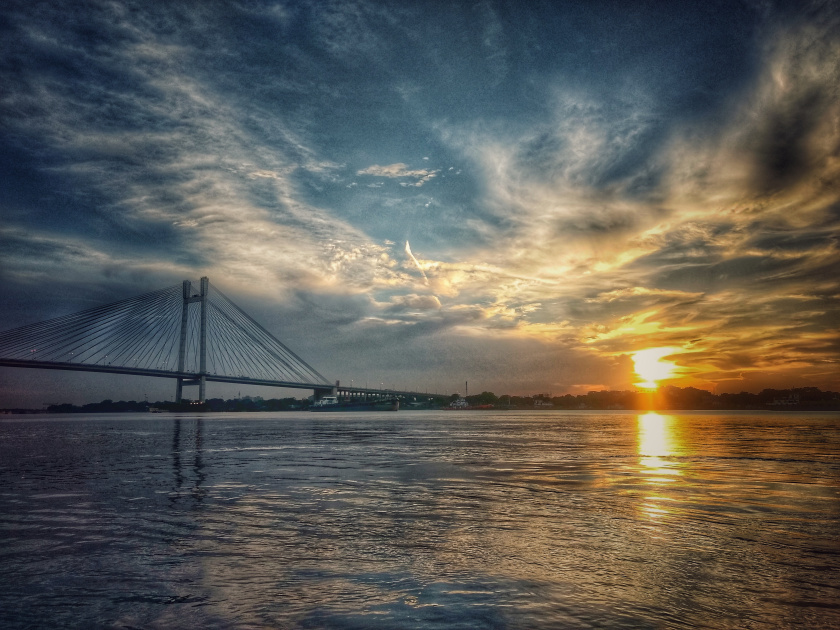 The last time I came to Calcutta almost 20 years back, the experience wasn't a very pleasant one... Being a growing kid at that point of time, I absolutely dreaded coming to Calcutta... The heat, the crowd, the noise, it was all maddening for a kid who wasn't sure why is the whole city on the streets at the same time as him...!

Forward 20 years, this time coming here on my own for some official work I managed to take out time to explore this city which has a lot of heritage attached to it... And yeah, I wanted to see if the perception of the kid 20 years back was right or wrong...!

Well, in many ways I was pleasantly surprised... Although the traffic had increased manifolds, this time it was much less noisier, with better transport available at any given point of time, and maybe it was the monsoon effect in India but the weather was really pleasant this time around... Trams have been outnumbered by better AC bus transport, good old yellow Ambassador's were fighting for a spot with the Uber's and Ola's... People were still the same... Loud ???? But this time I understood that its the way it is here, as simple as that!

A visit to Victoria Memorial brought back some memories... This time much cleaner and organized... The huge ' maidan ' surrounding the memorial is a sight to watch.. Seldom you find such a vast open land of greenery right in the middle of the city... A quick walk through and we were done...! 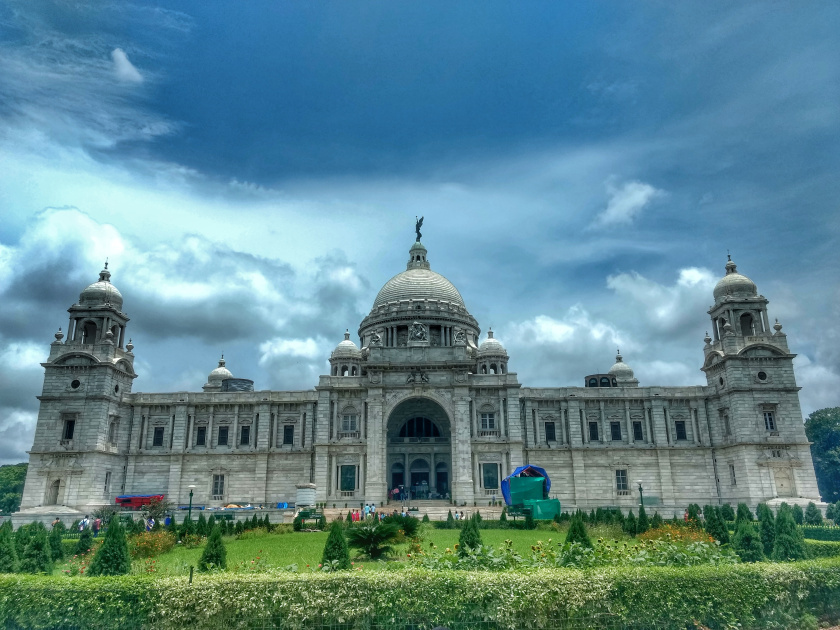 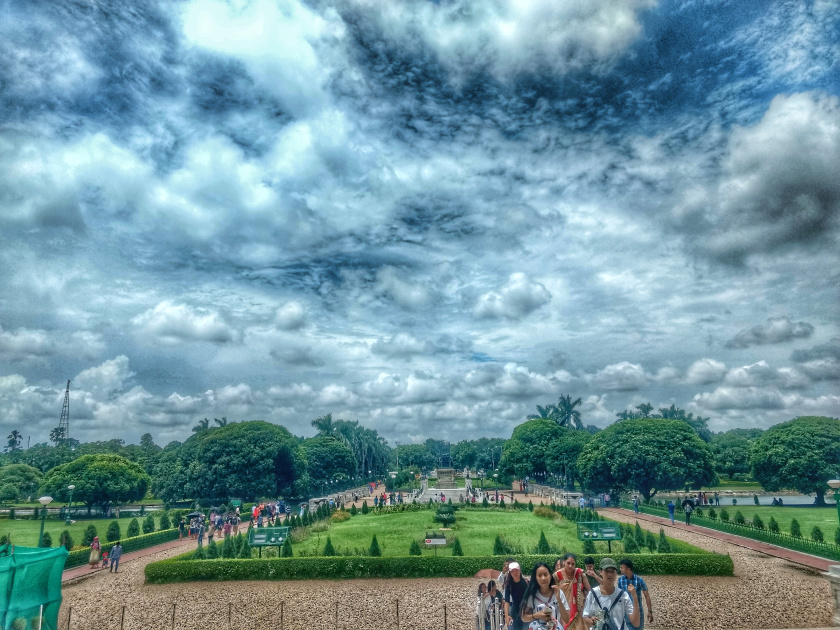 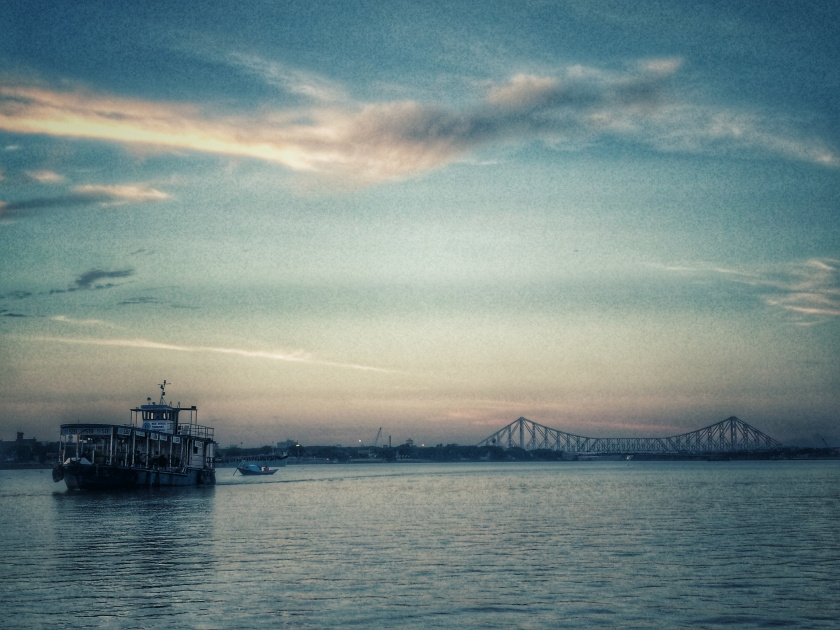 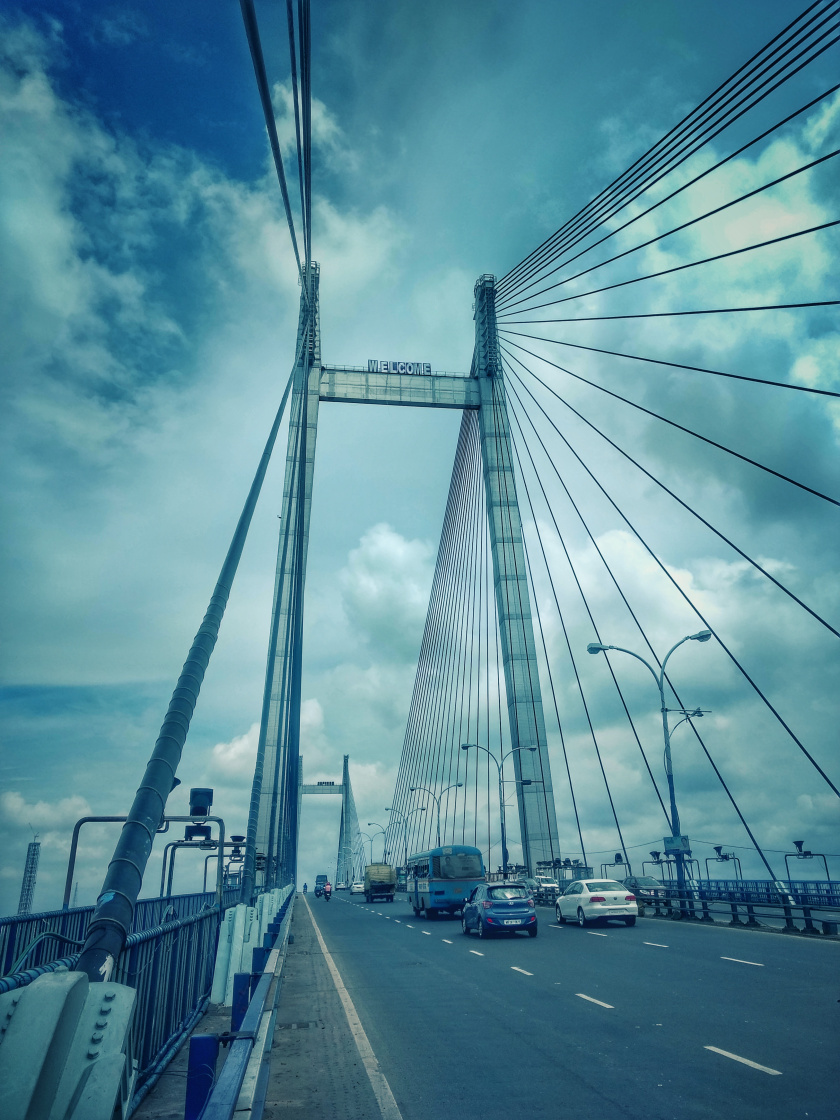 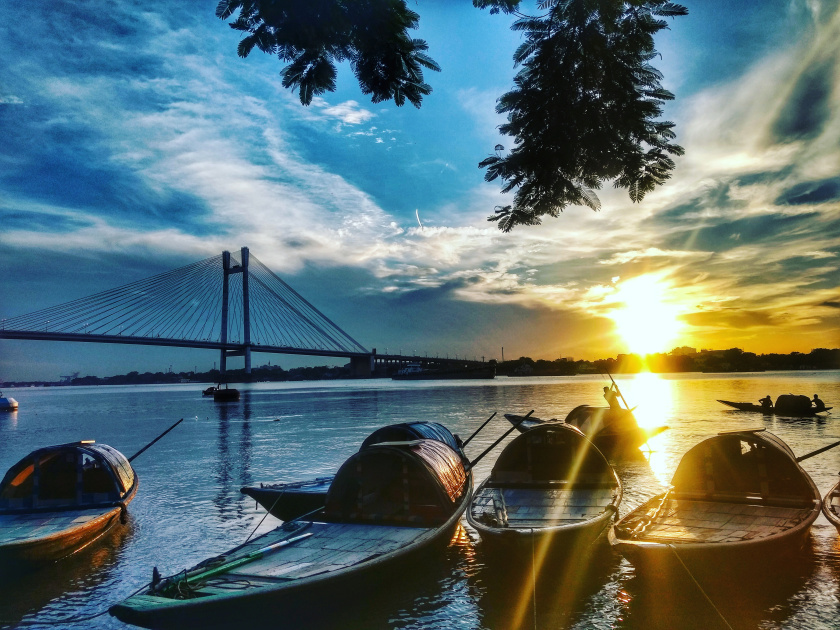 Next came the ' Howrah bridge'... This bridge across the river ' Hoogly' - a distributary of Ganges and traditionally called Ganga connects Calcutta & Howrah... Memories came rushing by as our cab entered the bridge.. As a child I was afraid of this bridge, to think of so much of weight hanging on a river was a scary thought for me back then... But this marvelous structure is a wonder in itself... Its also the busiest cantilever bridge in the world...!

Next we passed through Howrah railway station which was exactly the same as I had in my faint memory... The old British building was still standing strong...!

After this we went to the second bridge which I had missed last time... Called as the ' Vidyasagar Setu ', this bridge was built to reduce the burden on Howrah bridge... Again the structure is just marvelous and looks pretty similar to the Bandra Worli sea link... This is the longest cable-stayed bridge in India...!

The only thing remaining for me now was seeing the sunset from any of the ghats on the shores of river ganga... This was on top priority for me as I had heard a lot about this from many of my friends... I went to the Prinsep Ghat as that was pretty near my hotel... My friend Pranjal also joined me for this boat ride to see the much anticipated sunset...! And boy, were we in for a pleasant and marvelous sunset while rowing in the middle of the mighty Ganges...! After the traffic and noise and honkings, taking the boat to the center of the river literally cut off most of the unwanted noises... It was just the sound of the Oar disturbing the silent flowing water... The reflection of the sun on the water was a sight to watch...! With many steamers passing by, and both the Ravindra setu and Vidyasagar setu on either sides, it was a time which i would never forget in my life...!

Sometimes in this busy life, all you need is the moment to freeze, for the time to come to a stand still and make you and your soul content and satisfied with the things you have and just to appreciate life as it is... ???? This time, I leave this City of Joy with a happy and content mind!