A self proclaimed sapiosexual, foodie, traveler that he was, a self proclaimed bookish, wanderer that I was, we had to swipe right to each other. What started as a war of wits on tinder, found us one another and the greatest of gifts of life – love.

They say you should marry the one who you can travel with. Because what else is life but a journey in itself? And therefore, our first exploration was to Golconda fort, since he had moved nearby recently and I was visiting him.

I must confess that I knew very little about both the fort and the city before the visit and was enthralled by all that I learned while roaming amongst the ruins of the fort. As we bought our tickets and made our way through the crowd, we hired one of the guides as he promised to tell tales that we won’t know by ourselves. Quite surely, he did too.

The fort is an architectural and technological marvel. The entrance of the fort has a dome that can resonate sound to the main hall 4 kilometers away – meant to announce any visitors to the fort in an era that wasn’t marred by the smart phones. There are secret passageways that connect the fort to the Qutub Shahi tombs 10 kilometers away, there are many barracks for security checks, the walls still hold rings to place the lanterns, there are well connected ponds to store water and pass it to the upper levels of the fort. There are multiple granaries and store houses for weapons. There are regular checkpoints for everything: from food, water to security. There are worshiping places for both Hindus and Muslims, considering the fort saw regimes of rulers from both the religions.

There is the public section which runs up to the durbars and then there are private quarters of the kings and queens – both so strategically separate. The guide tells us how the name Hyderabad came to be and somewhere along the way mentions how at one point it was known by the name “Bhagyanagar”, named after “Bhagmati”, a dancing girl whom the king fell in love with and married. It was also renamed in her honor as she converted to Islam and took the name “Hyder Mahal”. The boyfriend subtly tells me how the girl changed her name for marriage and I too subtly retort that it would require him to conquer a city and give it my name. He suddenly finds my present name more endearing and the guide ignores us both with an air of a man who has seen many couples.

As we follow him further, he takes us to the private quarters, which at once upon a time was a two storey complex with high domed roofs and walls covered with carved showcases to have multitudes of jewelry and beauty artifacts of the queens and the harem. The showcases run from one end of the wall to the other and one would wonder how many precious jewels would they posses, considering that the city had, at one point in time an open diamond market. A little further, there is an open theater where the wall holds specific showcases for the 5 of the greatest diamonds including the koh-i-noor. Here too, they employ natural techniques to achieve the defenses unheard of. The walls of the private quarters are hallowed, making it impossible for visitors or others to conspire against the rulers without getting caught. The guide makes us both walk to the opposite ends of a big room and whisper into the walls and we both are stunned to hear each other’s voices even when there are so many other noises around.

By the time we complete the journey of the fort, we both are awed at its grandeur, its simplicity, its architectural advancements, and the defense mechanisms, the survival methods of that time, the customs and lifestyle of that era. The use of simple mechanisms to achieve what we still struggle to achieve even today, is baffling. As we reach the area where a show has been hosted by the government of Telangana, the sun has set and parts of the forts are illuminated with vivid colors giving it a very eerie look. I cannot help but wonder if the souls of those lost kings and queens roam around the fort and see the modern shenanigans of us modern people who use so less common sense and so much more technology and yet achieve very little of what they had back then and mock us.

We pay and bid Adieu to Mohd Akbar, our guide, who told us stories of the kings and queens and made us pose at strategic point to take brilliant photographs, used the digital camera with ease and somehow became a bridge between both the worlds. As we walk back, in silence, we try to absorb all that we learnt and wondered at all that we dint learn about the fort.

Nonetheless, we learnt that day that we are good to travel together, be it to a place or life in itself. 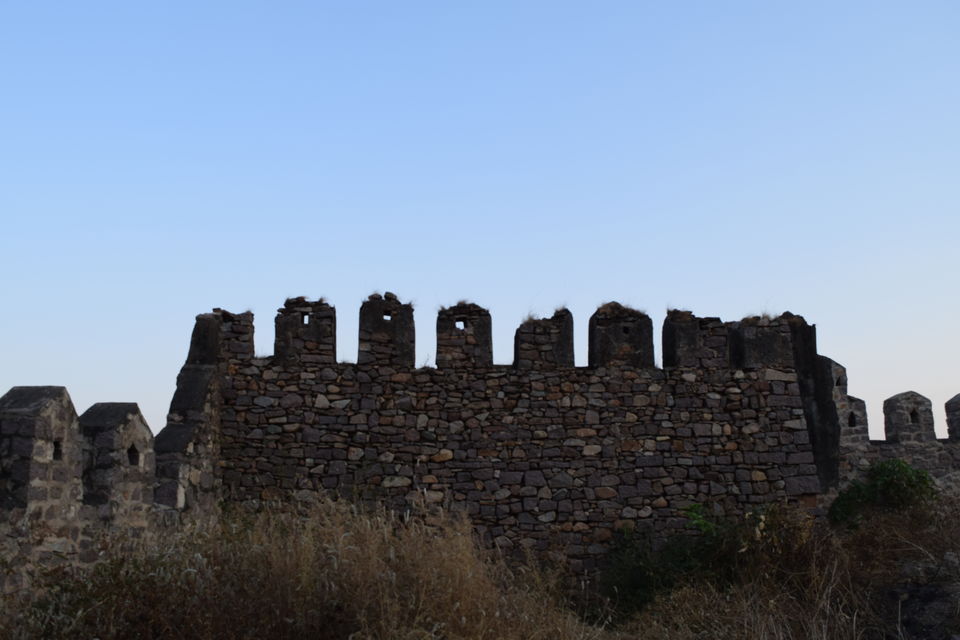