Rajasthan Travel GuideRajasthan TripsSlipping Into The Golden Embrace Of Amer

Slipping into the Golden Embrace of Amer 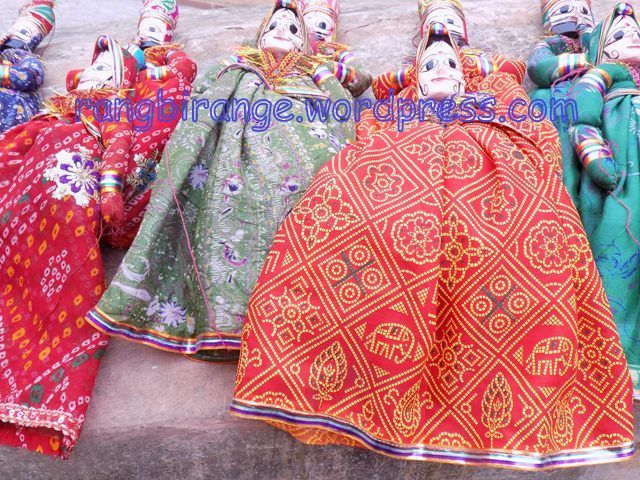 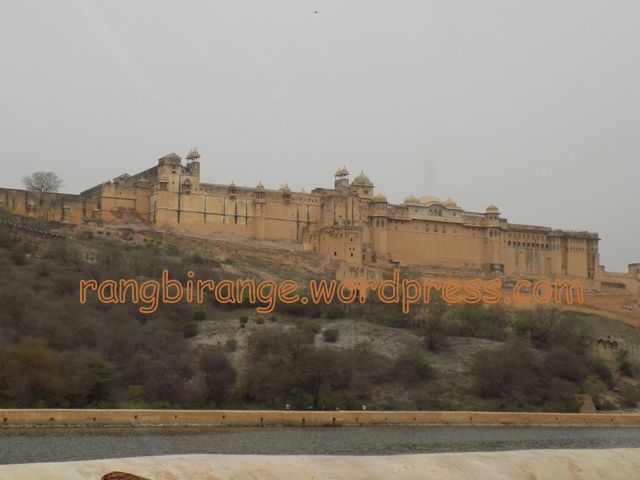 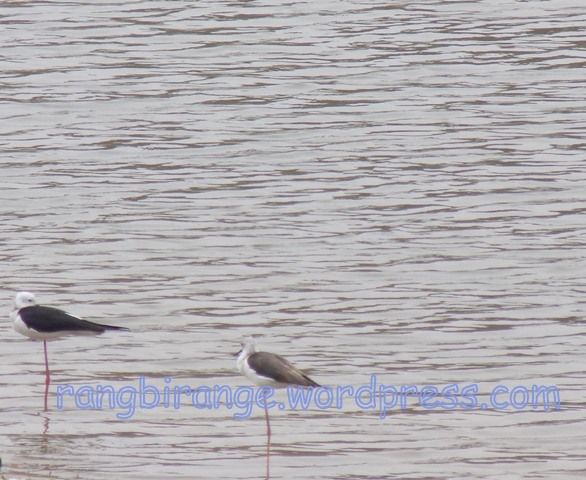 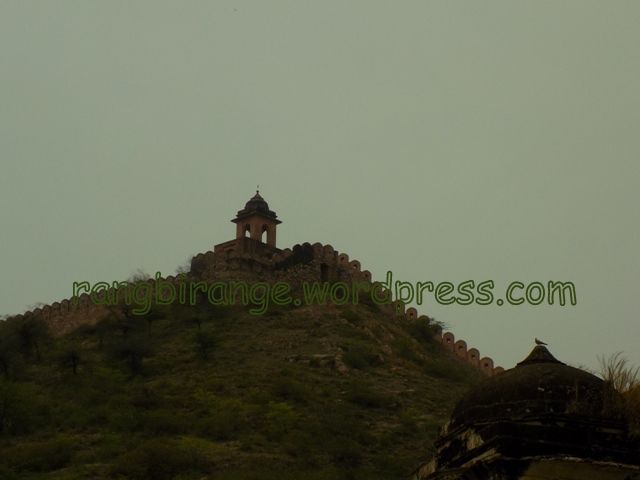 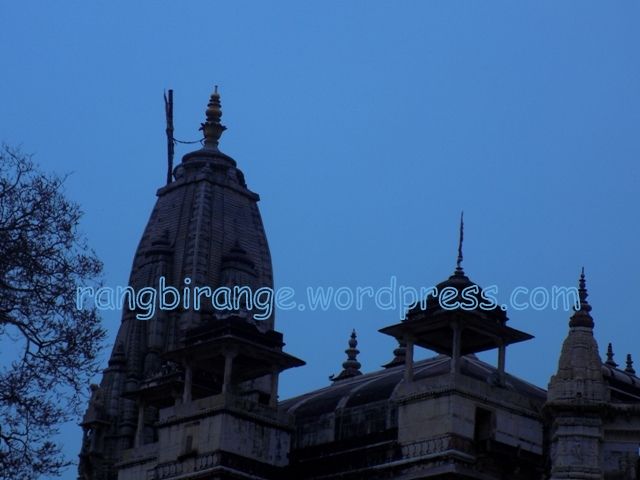 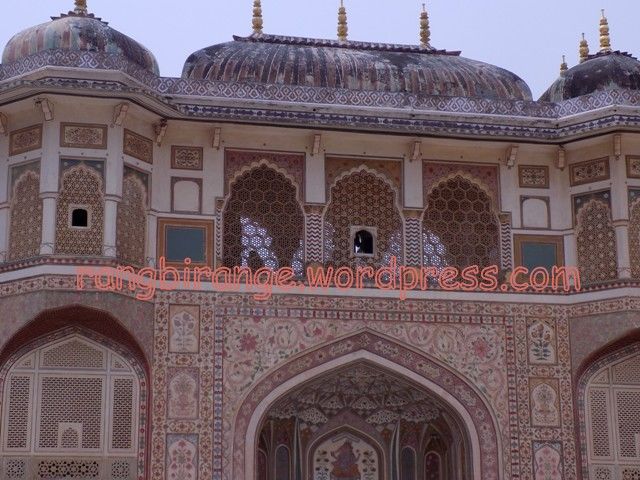 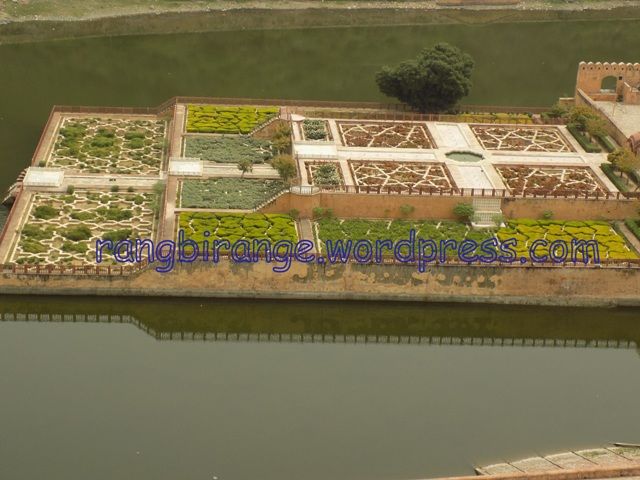 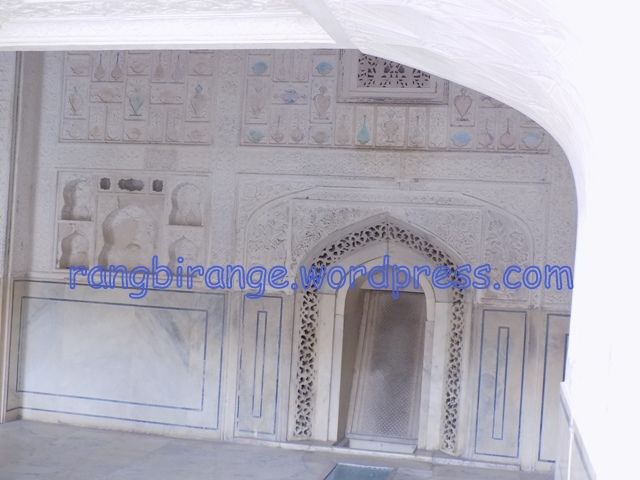 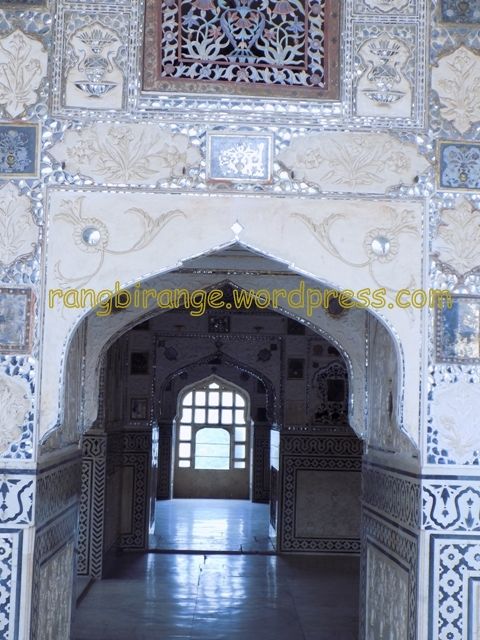 Langoor sitting on the balcony of the fort 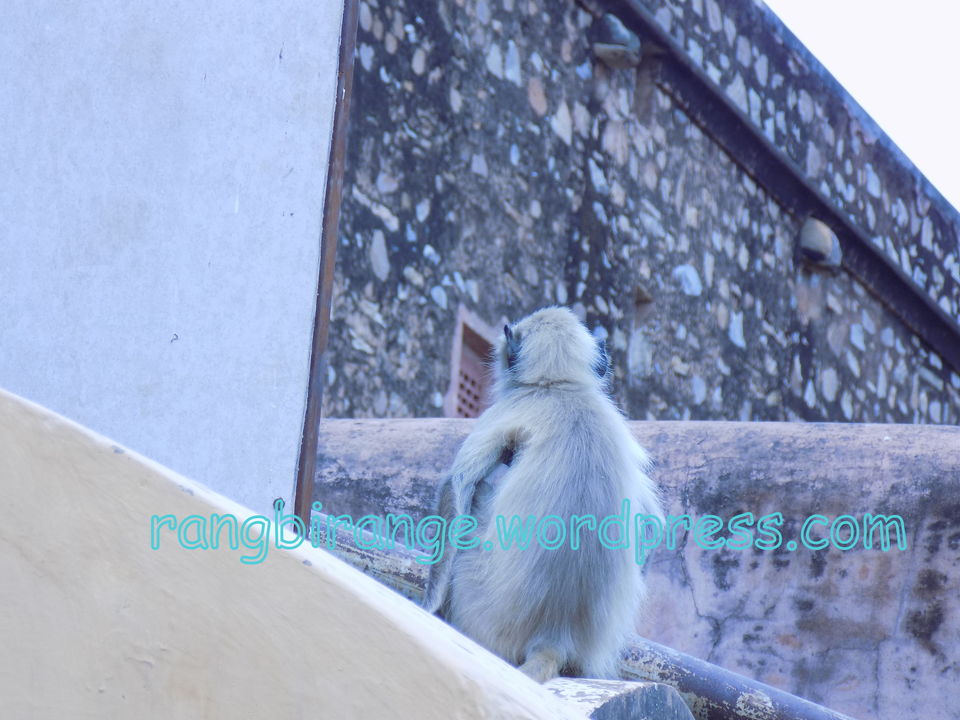 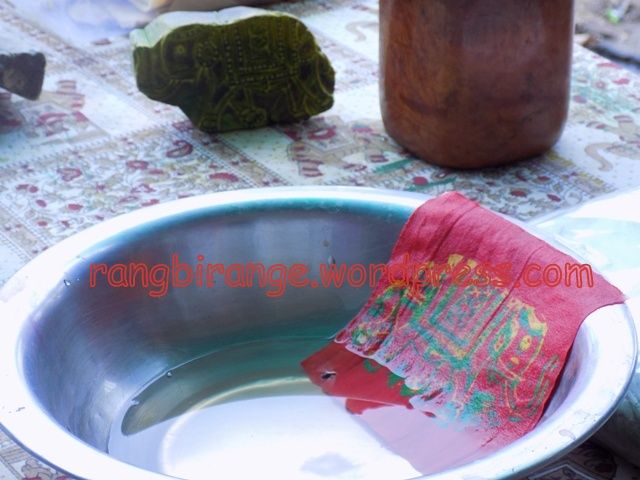 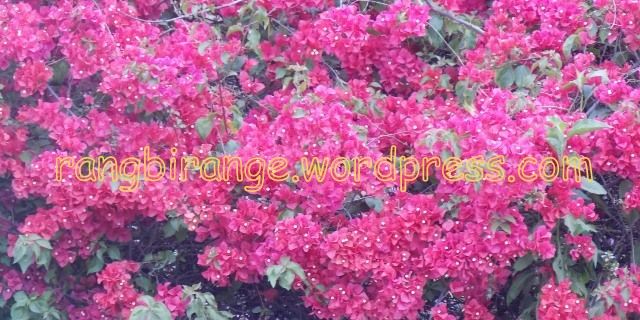 In the hot month of April clouds decided to shut the sun behind them and started hovering over Aravalis. Spending over three hours atop Amer Fort near Jaipur became a memorable trip thanks to the cool soothing breeze.

Colossal walls of the fort, built in red sandstone and marble; accompanying Maota Lake flowing alongside, is the first sight that greets a visitor from afar. Upon reaching the lake, you might even spot some pink-legged Black-winged Stilts, as I did. From there the road upto suraj pol or the main gate of the fort is bougainvillea-festooned. Its splendid blooms in red, yellow, white and pink adorn the road on both sides.

As soon as they disappeared from sight, the top of Meera Bai temple started emerging. Also known as Jagat Shiromani temple, it’s dedicated to the legendary lord Krishna-devotee Meera Bai. Unfortunately I couldn’t visit it, but one glance was enough to fathom the grandness of this architectural marvel.

The path also winds through the old settlement of Amber. To put it simply, people still live inside the fort’s periphery. Some homes are standing on the crumbling scattered structures that are extension of the main fort.

Can any story about Rajasthan be complete without its colourful kathputlis — those that tell tales of the kings’ cloak-and-dagger encounters, past glories, queens and of faraway tribes and places. While ascending to the Suraj Pol of the fort, I saw puppeteers selling their crafts and one glance at those psychedelic dancing dolls compelled me into buying them. I say, it’s a good souvenir to take back.

Upon reaching Suraj Pol (Sun Gate, as it faces east) I entered Jaleb Chowk. My first impression was of utter chaos as there were thousands of visitors present and many shamiyanas were standing here and there as preparation for some upcoming festival at the temple were going on. The guide told me it was in this gigantic courtyard where royal armies would hold victory parades with their horses and elephants in tow, and queens and other women folk would watch the royal army from the latticed windows hanging above.

One corner was looking especially busy, teeming with people. The guide took me there and told me about the wish-granting Shila Mata Mandir, the goddess figure inside is carved in black stone (shila) and is a family deity. She appeared in the dream of the King Man Singh and asked him to take out her idol (shila) bried under the water. He did find the idol on the mentioned spot and brought it in his fort and established this goddess kali temple. Its entrance door is made of tonnes of solid silver and has a small idol of lord ganesh on the door made of precious single coral. In the days of the kings, animal-sacrifice would take place at this temple, which was considered auspicious.

The one sure fact known about Amer Fort is that it was built in the 16th century or in 1592 by Kushwaha Raja Man Singh–I. But certain other information is perplexing. For instance the name of the fort itself - it’s more popularly known as Amber Fort, which according to most historians’ account is named after the medieval city of Amber that was built by Minha or Meena Raja Alan Singh. The city was later conquered by Rajputs and since then has been known because of them. How Amber became Amer or vice versa isn’t clear. Later the rajput kings shifted their capital from Amber to Jaipur.

In Indian history, which got distorted or lost down the centuries, there are multiple names of individuals and places. In this case there are two names by which Kachwaha clan is known. Kushwahas are believed to be descendants of Kush – son of lord Ram. And that’s why they call themselves Suryavanshi. How Kushwaha became Kachwaha is not known. Kachwaha is one of the many branches of Rajput clan.

When I visited Amer Fort, I was shown a yellow-dilapidated structure while ascending to the main gate of the fort. This is the palace of Jodha Bai I was told by the guide. Sadly sure facts about the life of this famous Rajput princess (famous not only because of movies but because of rakshabandhan story associated with her) are also unclear.

According to history, Man Singh–I and his father were ally of Mughal king Akbar. In fact some claim that it was Man Singh–I’s grandfather Bharmal who gave away his daughter Jodha Bai to Akbar. Well true or not, my point is that Amer Fort has strong influences of Mughal architecture as well. It’s a combination of Hindu and Mughal aesthetics.

One glance at Sheesh Mahal transported me to the world of Madhubala’s ‘jab pyar kiya to darna kya’. Whether K. Asif ever got inspired by this palace I can’t say, but the story goes that the innumerable tiny mirrors engraved in the walls here would reflect the light of lamps at dusk lending a surreal feel to it. Imagine a brilliantly bright room at dusk surrounded by the Aravallis!

I don’t know why a fort built by a Rajput king, would lend urdu names to its halls as Diwan-e-Aam (Hall of Public Audience) and Diwan-e-Khaas (Hall of Private Audience); but what was worth noting here was the tiny square boxed demarcations, formed due to colonnades, in between each the account-keepers would sit and take care of the kingdom’s finances.

On the ceilings and walls throughout the fort, one can see frescos of lord Ganesh (a big one on Ganesh Pol is very beautiful), lord Krishna; and of warrior kings, their hunting expeditions; and inlays of various symbols such as lotus flower, butterflies, etc.

Sukh Niwas can be called a gigantic cooler. With much wisdom and simple technology that was used to cool this palace in hot and arid Amber in those days amazed me. Water was made to cascade from the top of the roof which would fall on khus curtains and when hot winds would hit them, they would turn cool bringing the temperatures down inside.

This water goes to the adjacent hexagonal garden with a star-shaped pool in the centre.

Another interesting feature of Sukh Niwas is that it used to be fragranced with the help of tiny water channels, in which flower-scented water would flow from latticed windows.  Its entrance door is carved out of sandalwood.

Kesar Keyari or the terraced saffron garden is another striking element of the fort built in Mughal architecture style, on the Maota lake. King wanted to grow kesar here on the arid region of Amber. But conditions were created and it did yield one crop but after that saffron never grew but the garden is was well-maintained by the rulers and is still an eye-soothing sight.

Taking in History from Fort’s Balcony

What better way for an architecture/monuments enthusiast to be able to spend some quite hours taking in immense history and geography, than sitting in one of the medieval balconies of the fort and sipping your favourite brew. A known coffee chain runs its cafe in one of the quaint corners of the fort, having balcony for an al fresco experience.

I saw the unyielding Aravalis from this balcony and mighty fortification walls, snaking through the hills. And hanging on different hill tops along the fort walls were soldier posts from where communication about outside world would be sent to the royal residents of the palace and entire Amber by beating of the drums.

However I will do another blog on the hub of creativity Sanganer, but in this post I’ll mention about a beautiful dyeing process my eyes feasted upon outside the fort. Block printing is one of the most famous techniques of bringing life to a staid cloth, and is an ancient art of Rajasthan and Gujarat.

In pre-chemical-days natural dyes from trees, their barks, flowers and fruits were used to print clothes. So this artist dipped his elephant shaped blocked in a natural colour and block-printed it on a piece of cloth. The cloth was dipped in herbed-water (I don’t remember the names of herbs at all). This dipping changed the colour of the cloth. It was also done so that the printed colour won’t run out on washing. The outcome was as vivid as the land itself.

HotelsMap
It's one of the historical milestones in India