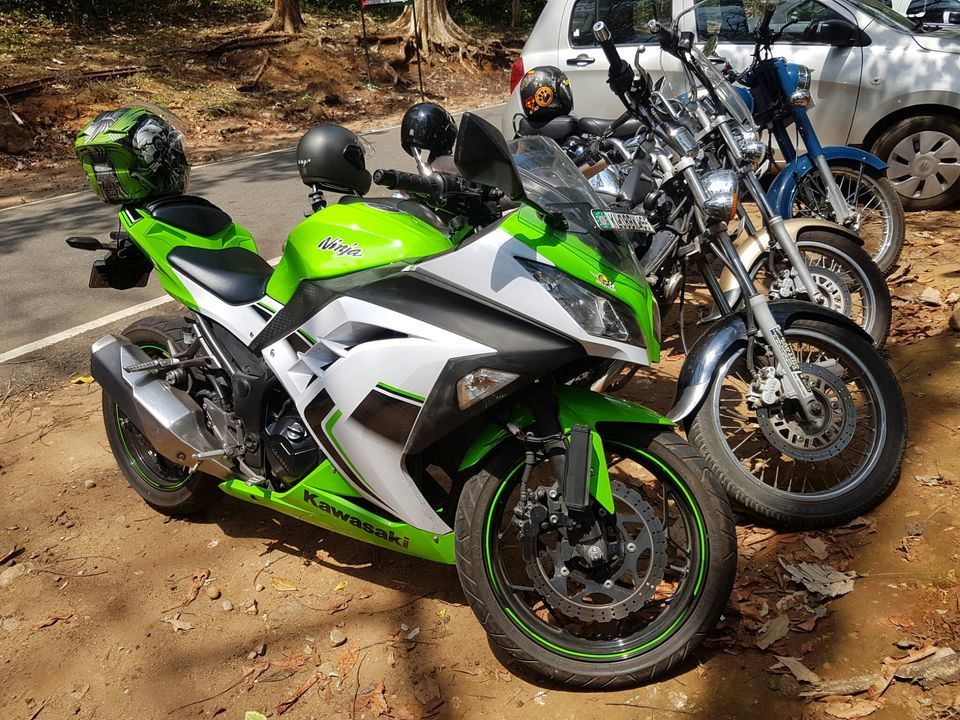 Well this one had a personal touch to it. It's three years since Adi and Abi were in a relationship. Just like any other Indian family with a girl child, pressure was mounting on Abirami to get married. In corporate life, shit flows down the line but in family life drama flows down the line. Adi had merely begun his career and wasn't ready to get married but still he decided to speak to her mom to find a way out. So the journey begins here.

Day 1: Our rides- The Golden Avenger, The Blue Boar and The Black Avenger which was rented out from Vayuputra bike rentals. The route is quite easy. Bangalore-Hosur- Erode-Salem- Coimbatore- Palakkad- Thrishur-Guruvayoor. It really looks easy on the map but it was around 500 kms. We have never rode that far. We took up the challenge, not me though. The ones who could ride were Adi, Vaishak, Pushpendra and Abhijit who had decided to be a pillion for this trip. I had quit Concentrix, Bibin had quit Convergys but Adi, Abhi and Vaishak were still working. So after a long working day they came home by 9. We had planned to leave by 3 am but as usual we started by 4.30 am. I have always wondered whether we go to problems or problems find us. Even this time we had an initial hiccup. The moment we reached MS Ramiah Hospital signal, Vaishak's bike got punctured. We stopped a few metres away from Sadashivnagar police station. We spotted a nail in the back tyre and Abhijit had to rush back home to get something to remove it. He came back with a knife and removed the nail. At 4.30 in the morning with a punctured bike in Bangalore, we thought we were doomed. But to our luck, we browsed and found Rescue 24/7. Superb start up which provides relief to riders late night.

We called them and they asked us to get the bike somehow to Garuda mall, near Hosmat Hospital as their pick up truck had some engine issues. We reached the spot and they guided us to their workshop which was nearby. They fixed the issue and we leaned forward after the initial hurdle. We rode as fast as we could paving our way through the early morning cabs and reached Hosur.

The route was quite simple. Krishnagiri-Dharmapuri- Salem- Erode- Coimbatore- Palakkad- Thrissur- Guruvayoor. The race began and we took minimal stops to cover up the lost time. The moment you enter Tamil Nadu, you will find various varieties of doses with coconut chutney. We had our break fast at a roadside shop near Erode.

Roads in Tamil Nadu are in excellent condition so we could actually make up for initial hiccup. We reached Abi's place and a big fat Kerala Meal was ready for us. We feasted and rested for a while. After the "chai-upperi" session in the evening, we decided that we will take a stroll through the golden sand of Chavakkad beach. It's always hard for me to choose between mountains and beaches. Beaches calm you down. Everyone go though shit in their lives and we have our own creative ways of coming out of it. We all sat down and I just took a glance towards my friends and they were all hypnotized by the beauty; in the world of their own and I felt as if I wanted to be trapped in that moment for the rest of the evening. But good things don't remain for too long and the sun set pretty quickly and with a lot of hesitation we left. That night we had a crazy time, talks, talks and lot of talks.

Day 2: We had reserved this day for Athirapally waterfalls and we were excited right from the morning. We finished our breakfast and departed. We were supposed to meet Vivek in Thrisoor and we picked him from there. The falls are about 80km from Abis place. Athirappilly Falls, is situated in Athirappilly Panchayat in Chalakudy Taluk of Thrissur District in Kerala, on the Chalakudy River, which originates from the upper reaches of the Western Ghats at the entrance to the Sholayar ranges. It is the largest waterfall in Kerala, which stands tall at 80 feet. We had a great time together and we swam, splashed and did everything we could to enjoy ourselves. But now comes the comedy part, Pushpendra misplaced the black avengers key, most probably in the waters. We had it handle liocked and no extra key as it was a rented one.

We had no clue what to do and I dont know what inspired Adi to use the Ninja's key to unlock the handle lock and miraculously it happened. But it could not ignite the engine. But still we could somehow manage it to the nearest mechanic and he ignited the engine for us without the key and we reached Guruyaoor.Abhijit and Vaishak left the same evening as the later had a client presentation at his office.

Day 3: We stayed back for a day as the purpose of the visit had not been met. Adi spoke to Abis mom and it was a mature talk and he disclosed his intention to marry Abi and asked a few years to settle himself. She agreed and we left for Bangalore flying on the clouds of our dreams and we literally flew. A lot of future talks between two best friends on how life is going to span out in the upcoming days. I think thats the best part of road trips.. Talks.. 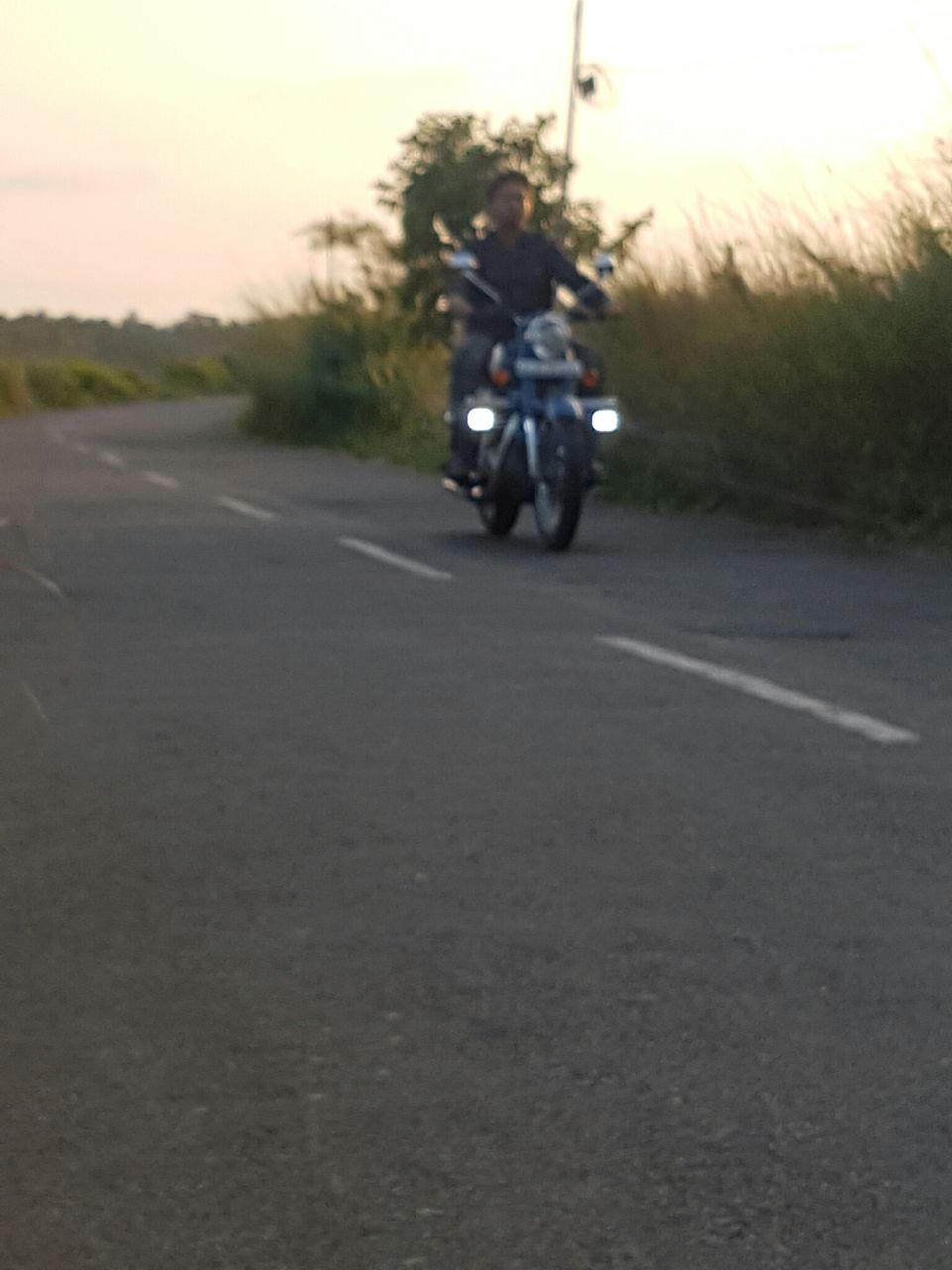 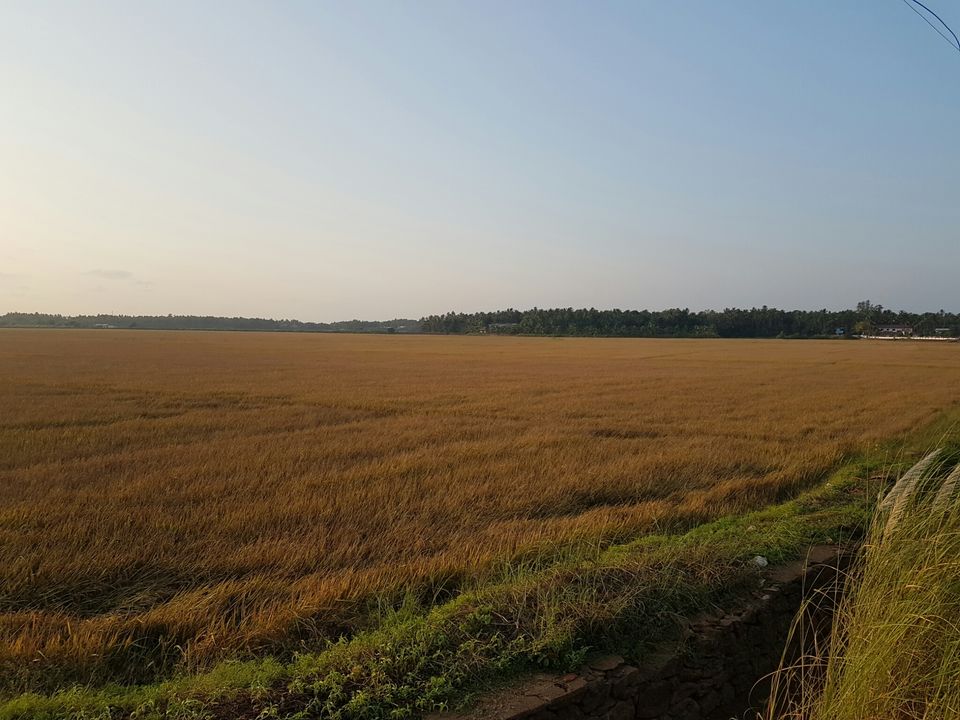 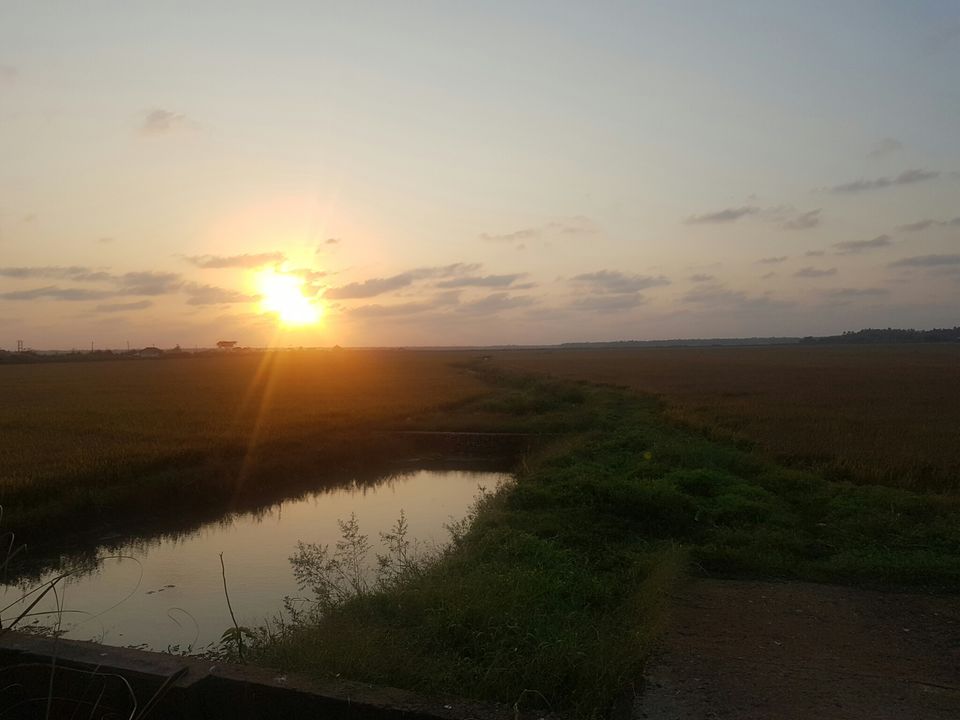 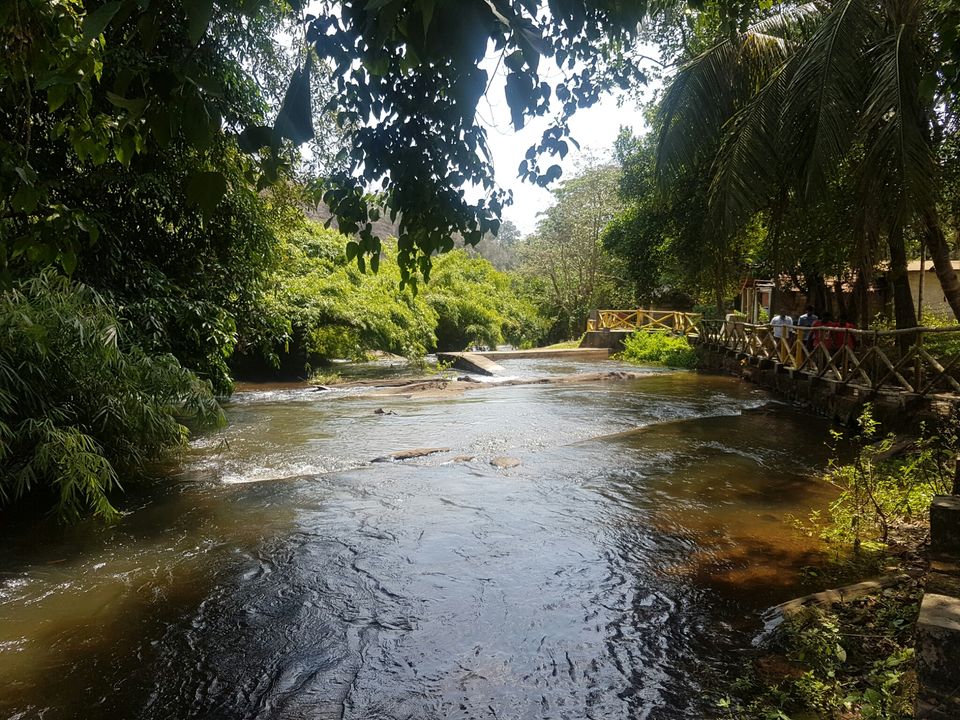 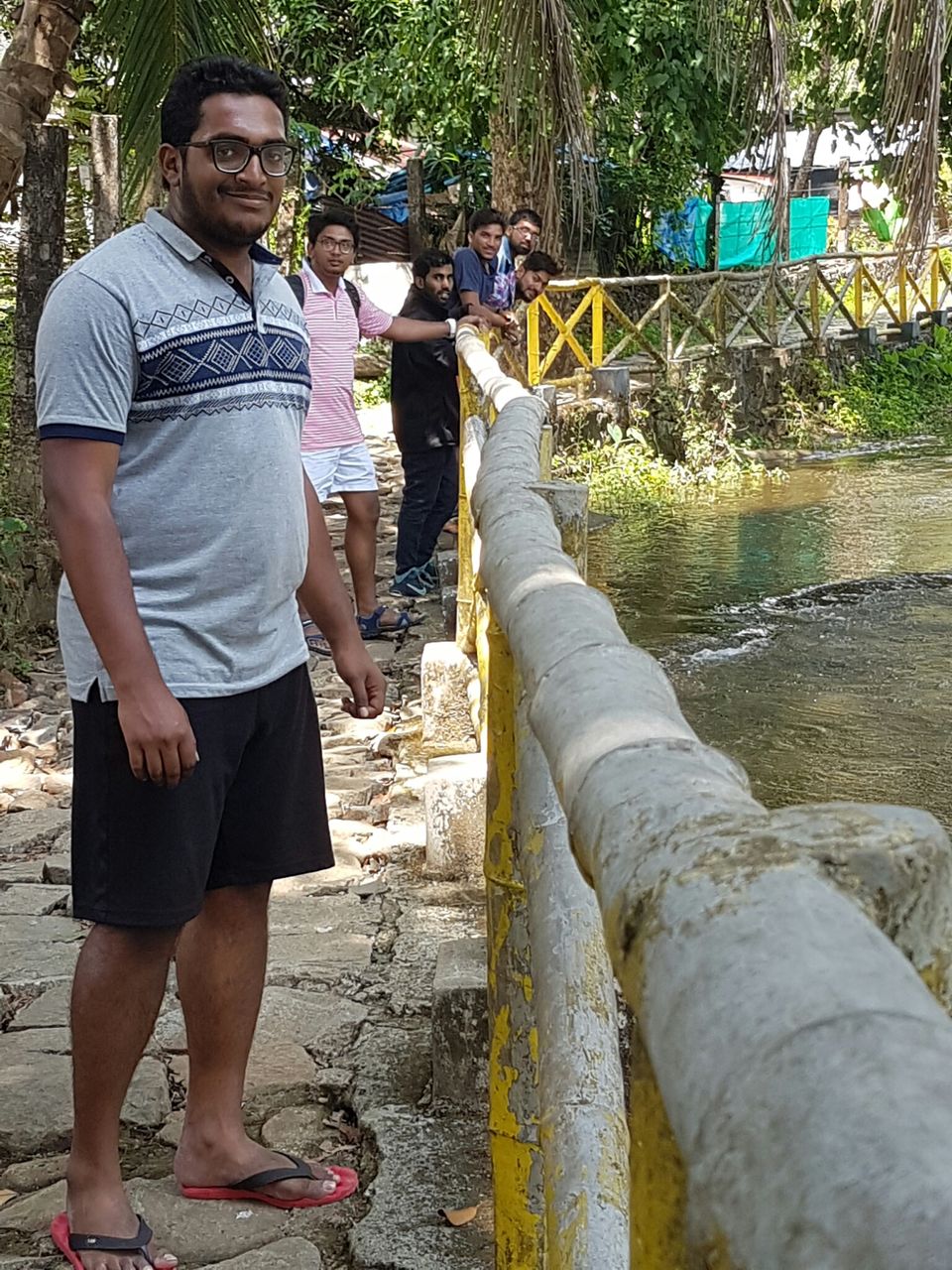 Cooling down in the stream 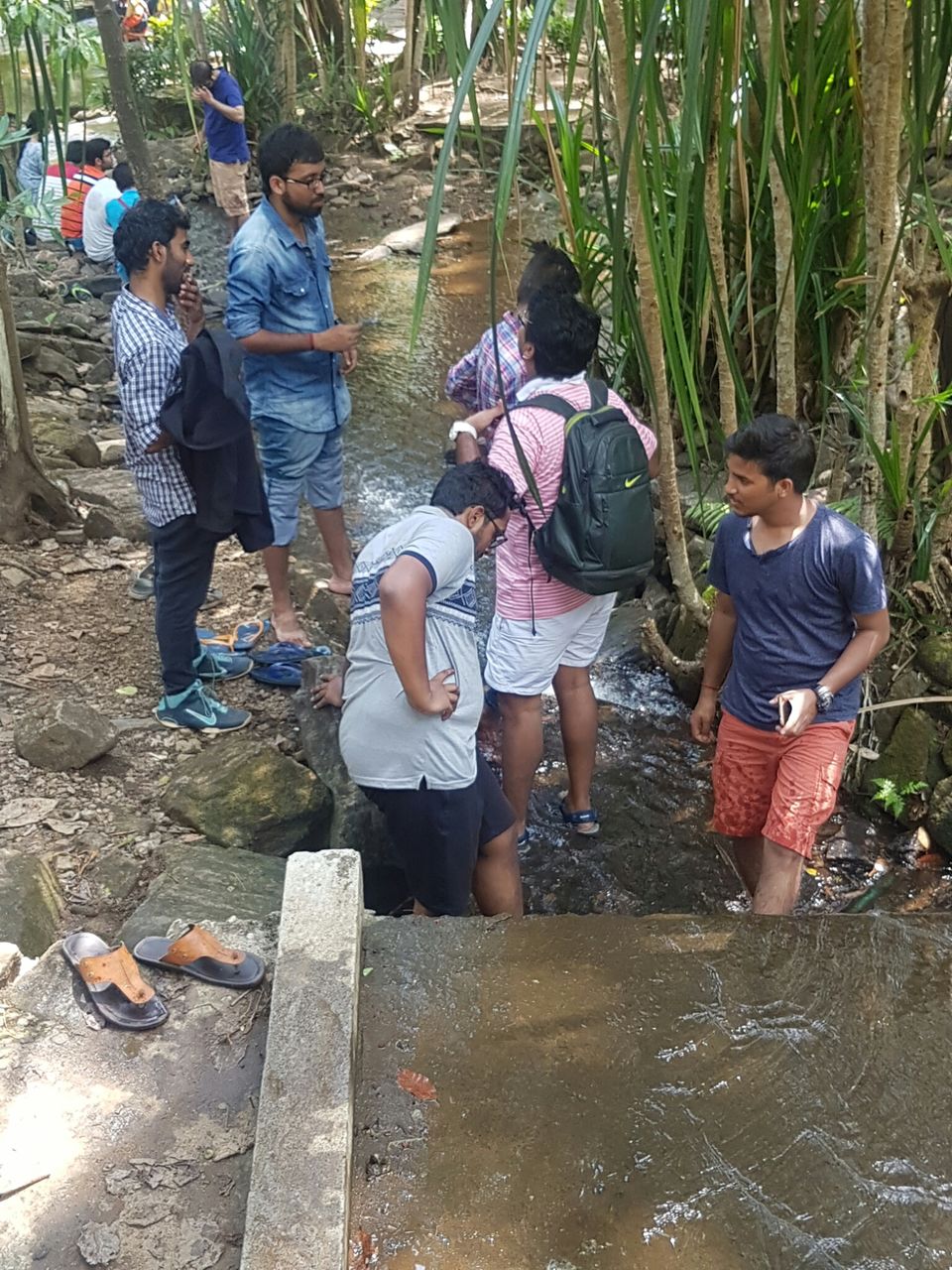 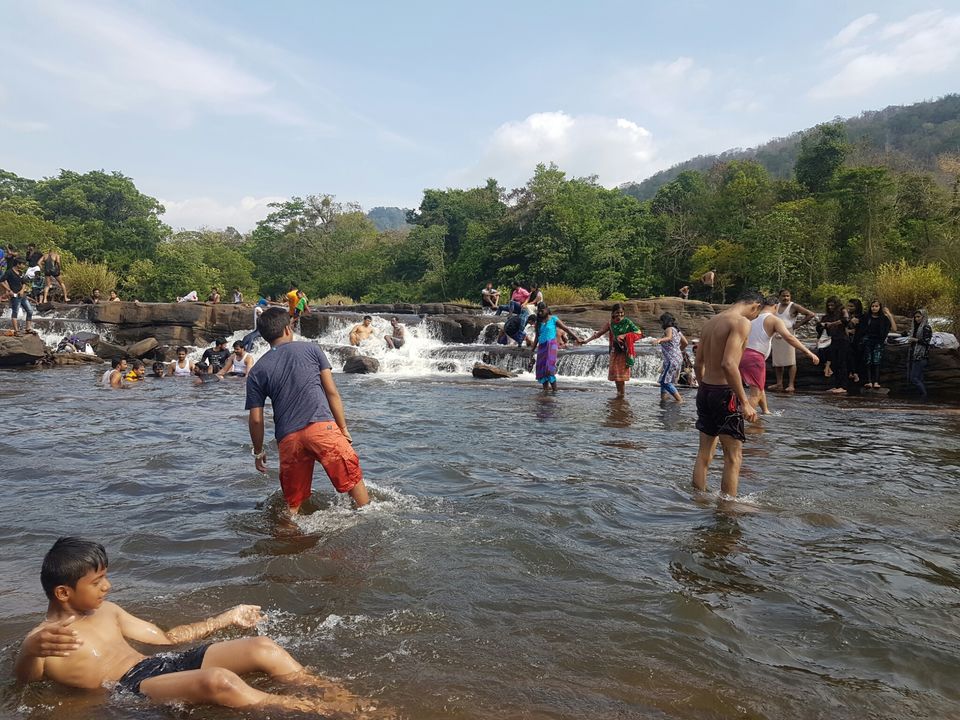 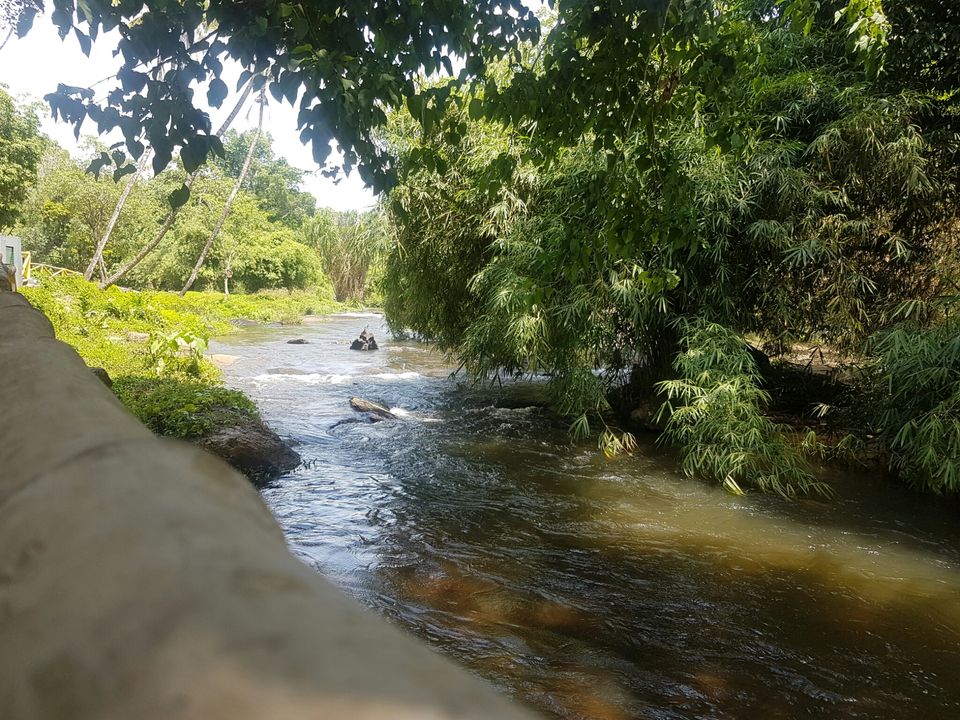 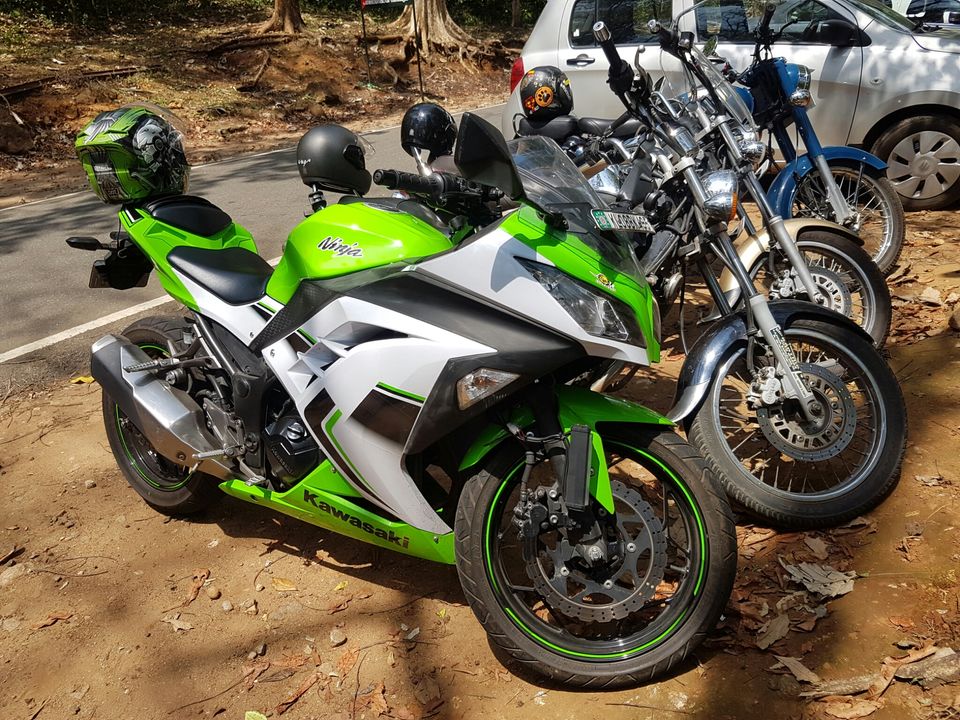 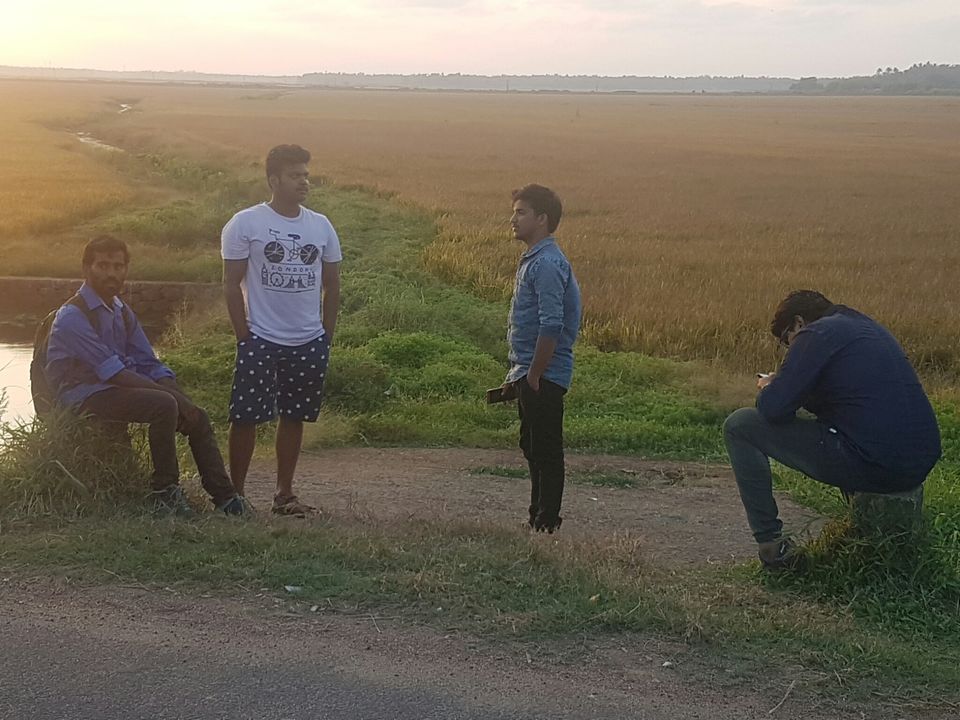 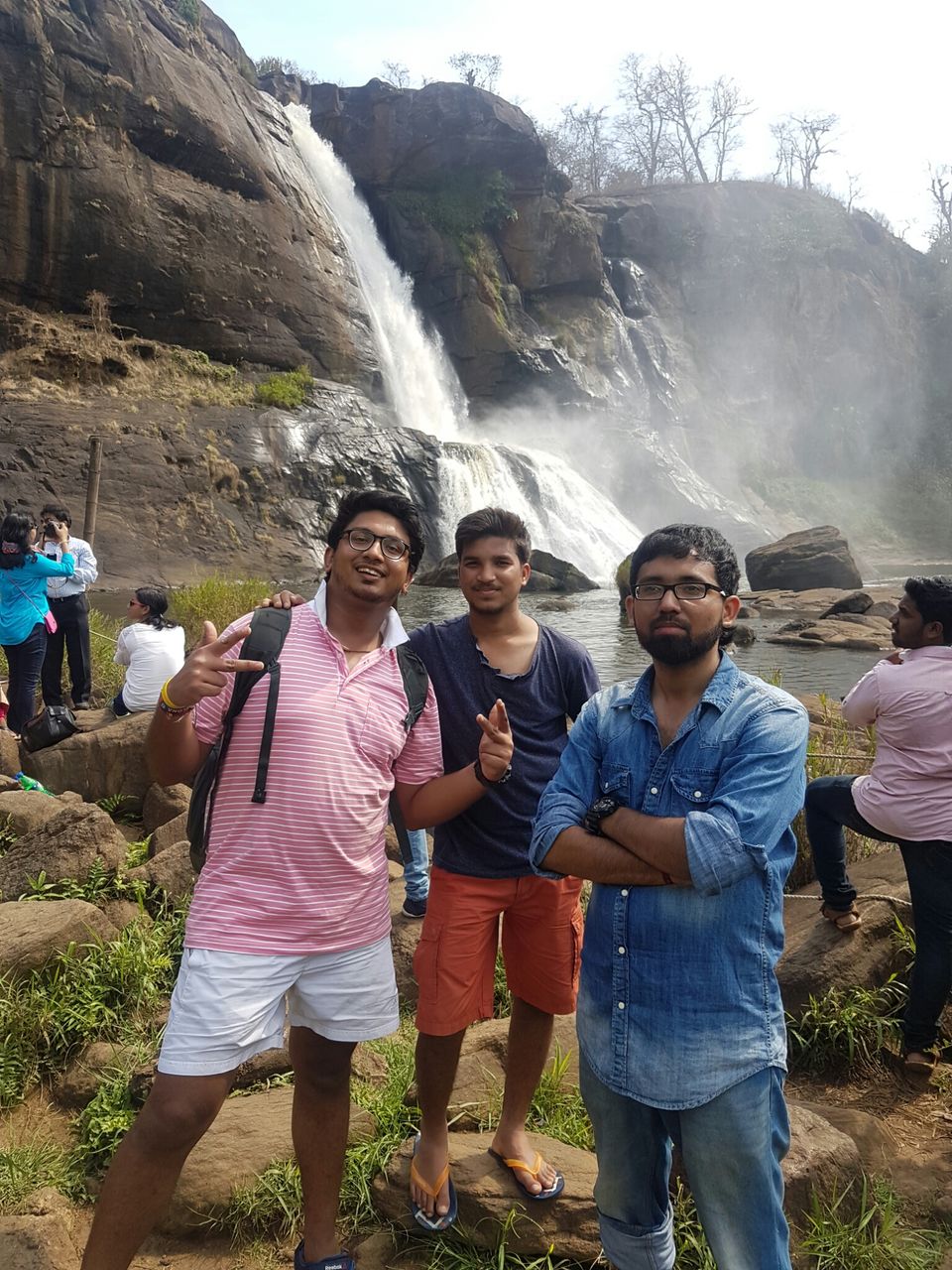 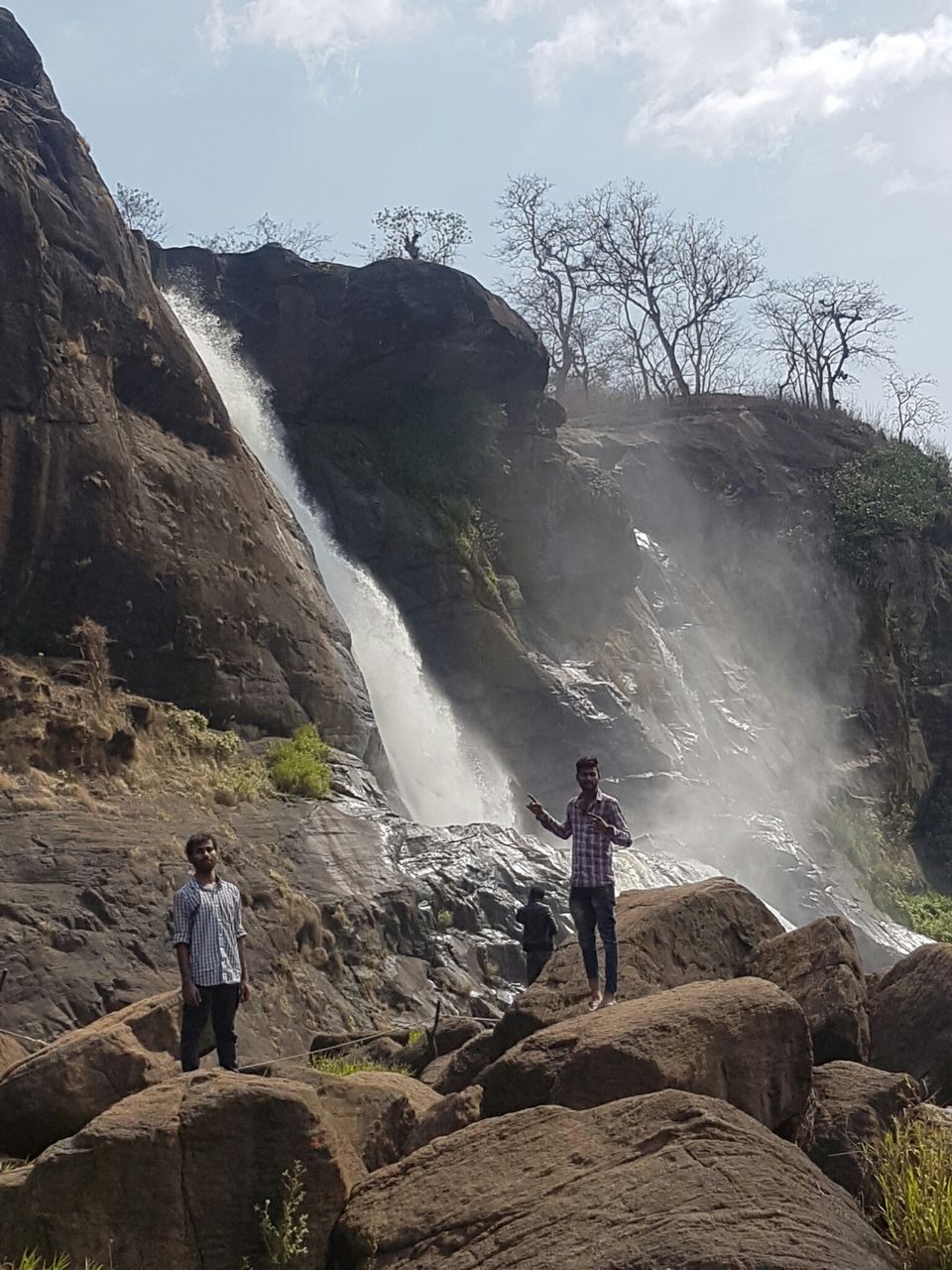 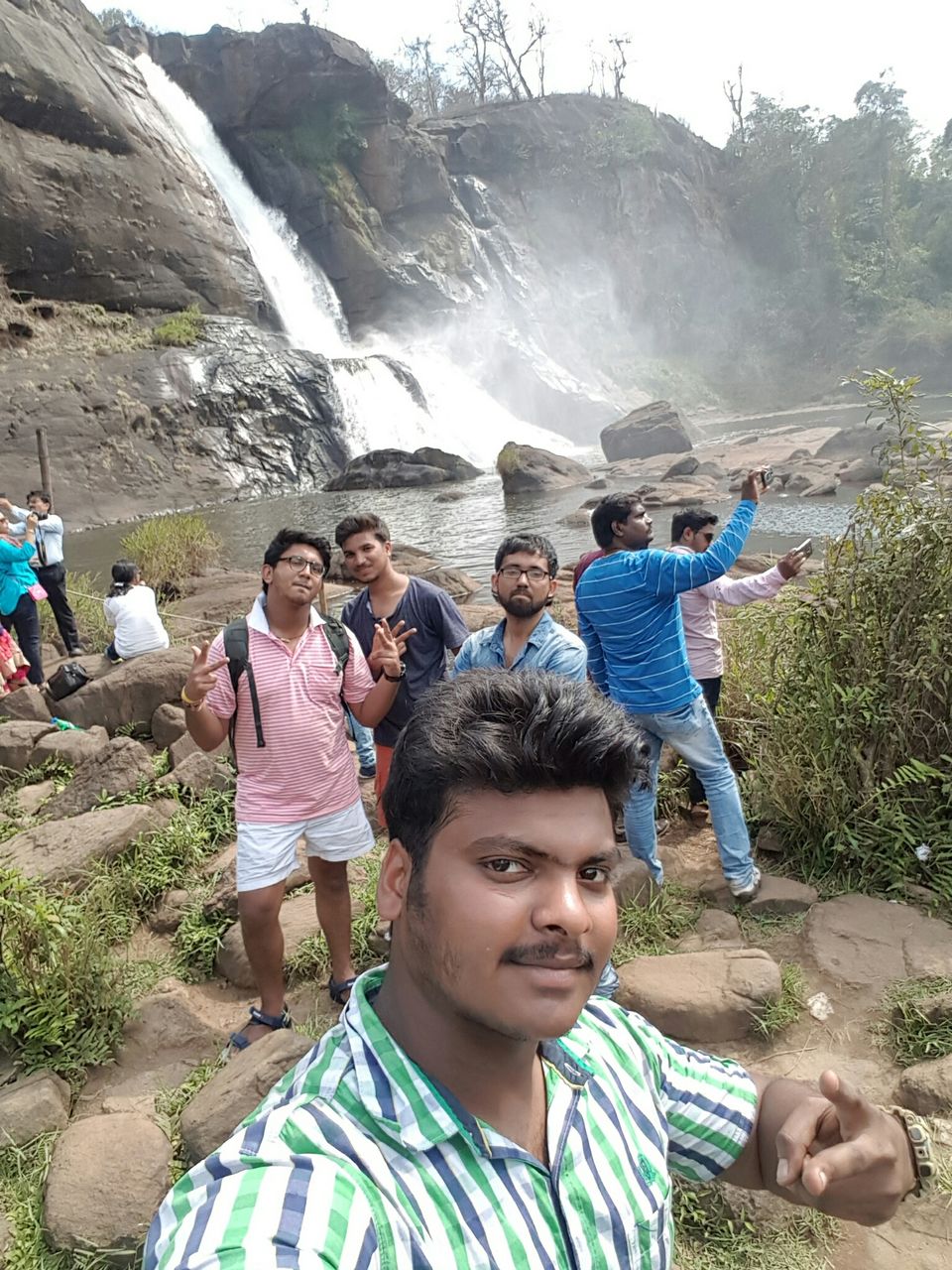 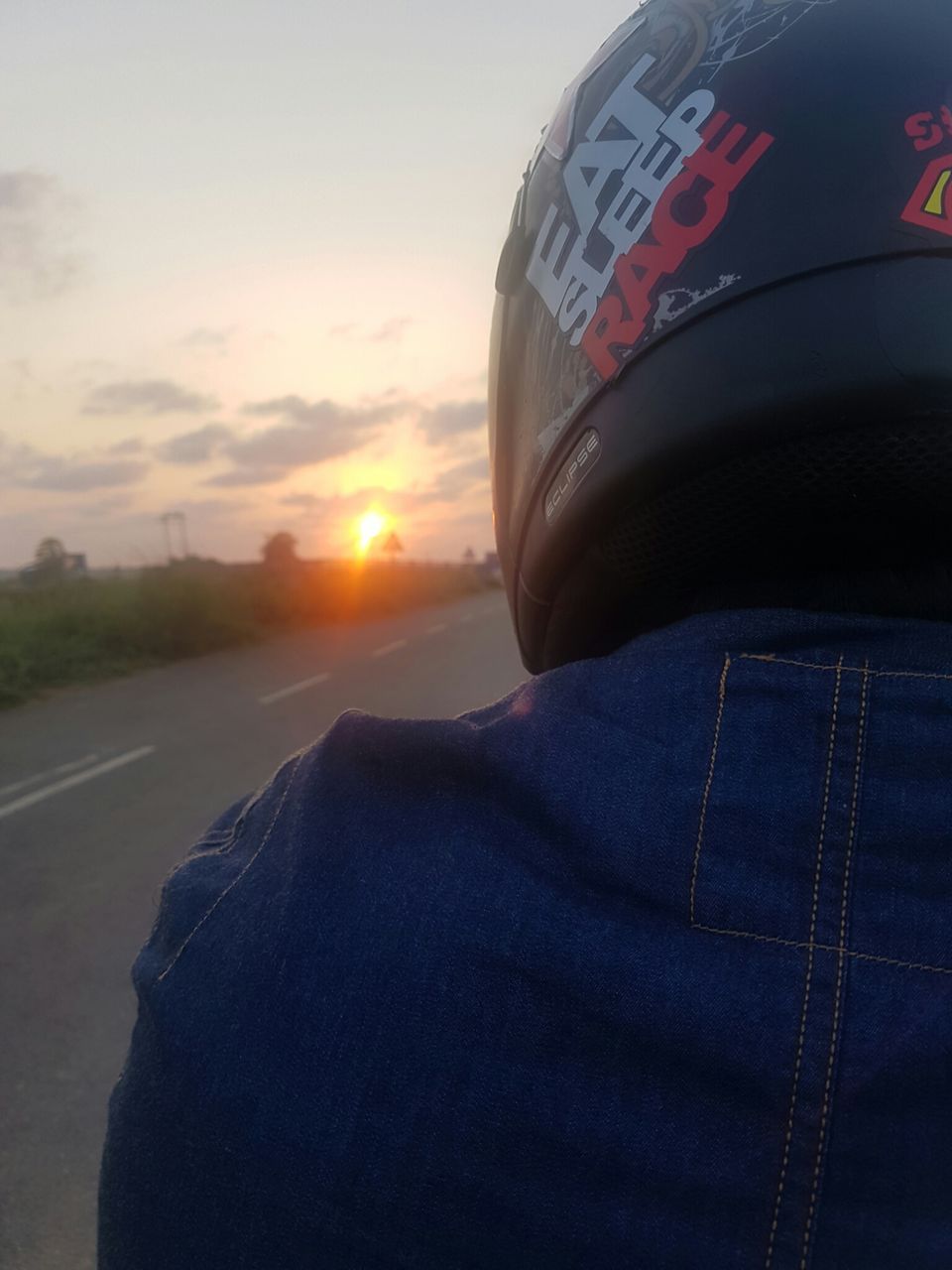 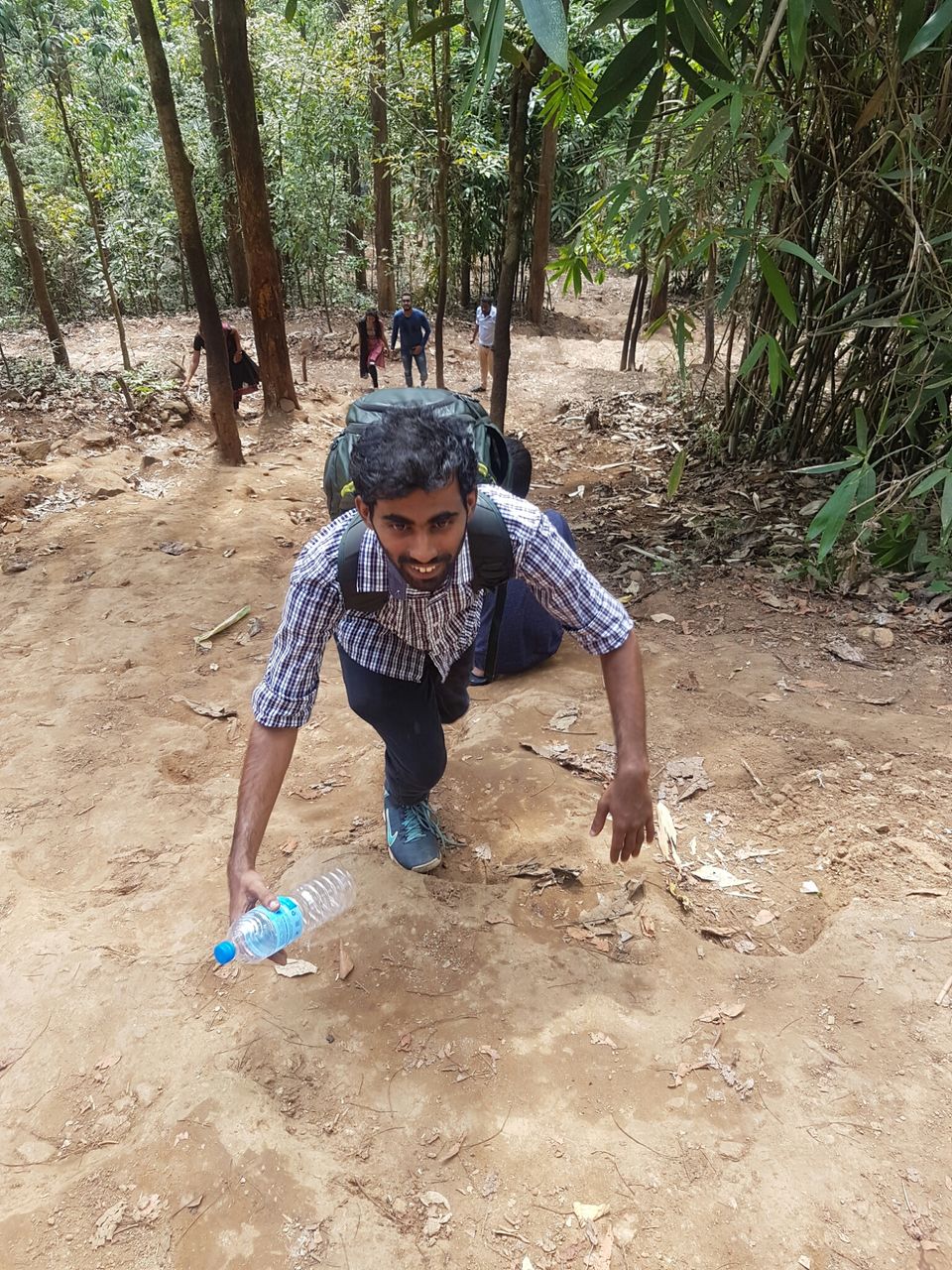