India Travel GuideIndia TripsBird-Watching: For Those Who Love Birds, Camera And Travel

Bird-watching: For those who love birds, camera and travel 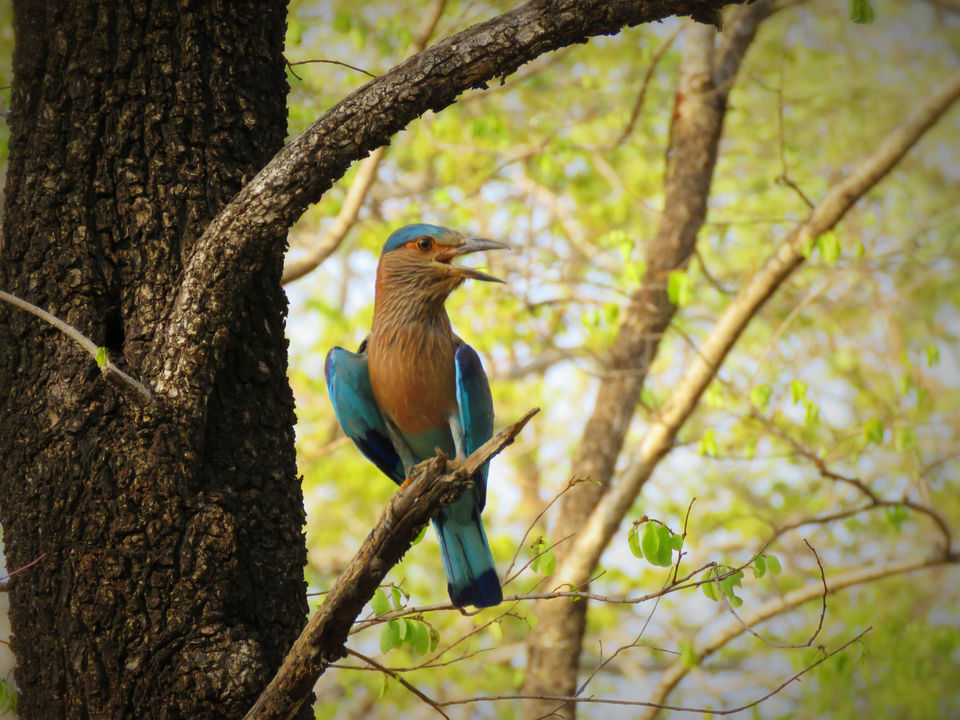 I have always loved to feed and watch birds since my childhood. But my list never grew beyond sparrows, pigeons and crows. But my stint in some wildlife resorts, and the regular safaris which came along as an add-on, ignited a curiosity within me to know more about them. I am an early riser, and regularly walk around the place where I stay to see the rising sun and the early hustle and bustle of the rural life.

It was from that moment onwards, that I decided to explore the kingdom of birds more. While on this journey of exploring, I started watching and photographing so many birds which I had ignored before due to my lack of knowledge.

I think it would be safe to say that I have picked up bird watching as hobby now, although I would call myself a ran amateur yet.But here are some of the most commonly seen birds which I can now identify with surety. (I am sure most of you also would have seen these birds around your vicinity, but would have largely ignored them, just like me.)

This bird holds a special place in my heart. After graduating from my sparrows-pigeons-crows phase, this was the first name I learnt. They live in most of our forests and even in the most crowded cities. The repetitive and metallic tuk-tuk-tuk sounds can be heard continually during the summer months. But the small, sparrow-sized bird can be difficult to spot. Barring the patch of crimson on the head and the neck, the olive-green coloured bird blends in well with its background on the treetops. I am told that the barbets are distantly related to the woodpeckers (which I am sure no one can guess from their appearance), but their habit of chiselling out a hollow in trunks and branches of trees to make a nest attests to this fact.

Baya Weavers closely resemblance to sparrows, but bear bright yellow colours. Hence they are named ‘son-chiri’ in Hindi. But this bright yellow colouration is restricted to the males, and the females are dull brown in colour, just like our sparrows. These birds are best known for their ability to weave beautiful vase-shaped, hanging nests. DIY: It is only the male who builds the nest, and females generally choose a mate based on how beautiful and strong the nest is. The nests are build hanging over a water body, which I am told provides protection from land predators, such as cats. I am sure, just like me, you all must have seen these nests hanging a palm tree in your vicinity, or in the house of some enthusiastic collector, whiteout knowing what the bird exactly looks like.

The distinctive tee-tee-tue-it calls of this bird are definitely more famous than the bird itself. The loud calls of the bird sound as if the question, ‘did you do it?’ is being asked by the bird. I remember shouting at the top of my voice, along with my baccha party friends, whenever I heard this bird while playing on the terrace, ‘I didn't do it!’ These calls also give the lapwing most of its local names in India, such as titeeri, titori or tatehri (Hindi), titodi (Gujarati), and titwi (Marathi). Besides the distinctive calls, the ground-dwelling bird is quite dull. The only brightly-coloured part on its otherwise brown, white and black coloured body is a patch of the namesake red-coloured skin near its beak.

First look at the Indian Roller, and you will be captivated. The bird carries beautiful, electric hues of turquoise, more so on the underside of the wings. This is given the bird its Indian, or more precisely Hindi, name, ‘Neelkanth’. As this is also an alternate name of Lord Shiva, my mother believes that seeing this bird on a Monday would bring her good luck, although methodologically speaking, the bird has no connection to the God of Destruction. The bird is also connected to Lord Vishnu, and caught and released on certain auspicious days. This has unfortunately led to a huge illegal trade of the bird, and affected their numbers negatively in some parts of the country. If you are driving down long countryside roads in peninsular India, you might see the Indian Roller perched on electric wires at regular intervals.

Such noisy birds these babblers are, that whosoever named them, named them aptly. The constant babbling, like a group of gossiping ladies, can get annoying sometimes too. These plain looking bird stay in flocks, mostly six to ten strong. This social behaviour has given the popular Hindi name ‘saat bhai’ (literally meaning ‘seven brothers’) to the bird. While translating this name to English, the talkative nature of the birds was taken into consideration, and the name ‘seven sisters’ was coined. Despite the name, the Jungle Babblers are common in villages and even in urban gardens. A closer look at the bird will reveal its grumpy-looks.

Bird-watching as a career

As mentioned at the start, my interest in birds began after learning a few names and getting to see a few brightly-coloured, beautiful birds up-close. One can now say that I have picked up bird-watching as a hobby. I even have a bucket-list of birds I would like t see on the wild someday! This hobby has even a scope to opt as a career.

Bird-watching is not a career that’s going to make you a millionaire, but it will definitely improve the quality of life if you, too, are stuck in the corporate job pit. For those who like to travel and enjoy watching the birds, bird-watching and ornithology are the options among all jobs that allow you to travel around the world.This profession will vary depending upon the specific field of bird-watching that you opt for eventually. Bird-watching provides for a plethora of job options, ranging from a bird-photographer and bird-blogger to an ornithologist.

My newfound hobby has taught me a valuable lesson. We share our space on this planet (be it cities, villages, forests, or any other habitats) with so many other species, which unknowingly are etching out a living for themselves. Despite out ignorance of them, our actions do have profound impacts on their homes and their lives. It does not take a lot to be a little considerate of our actions, for God created them along with us and they have an equal right of living on this planet, if not more.