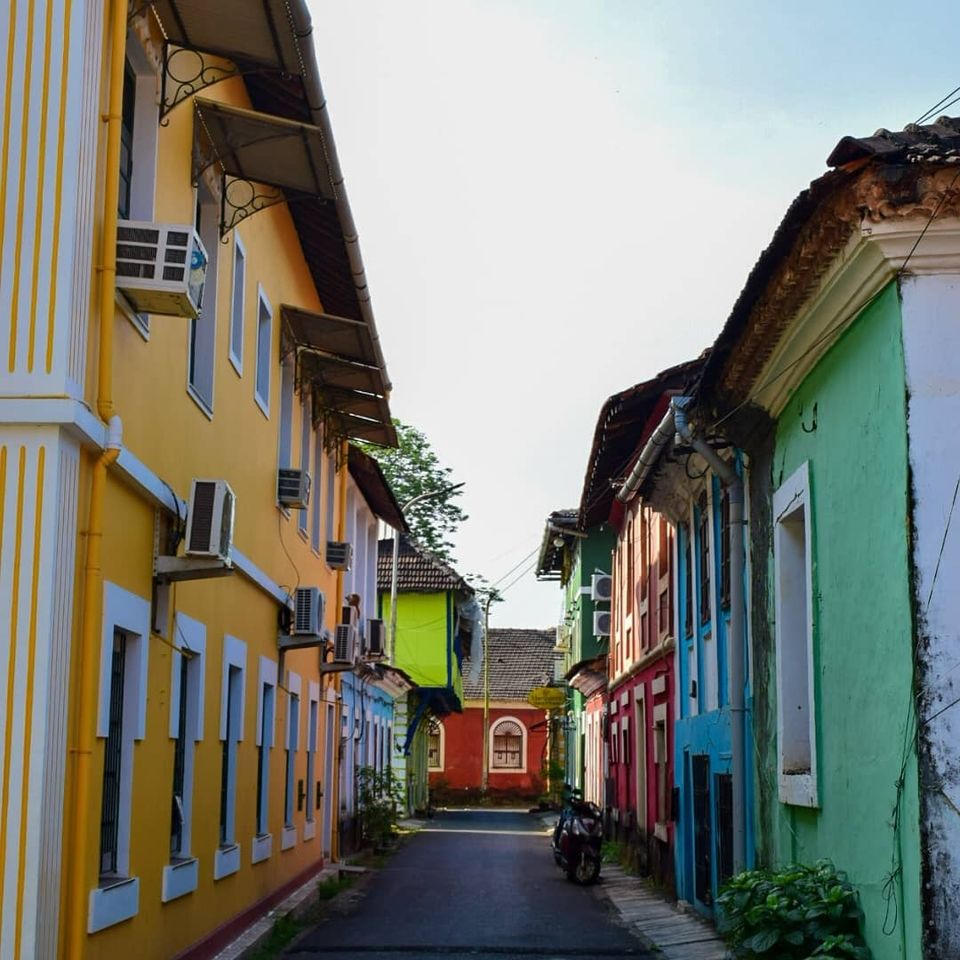 Residing in the heart of the capital city of Panjim, overlooking the calm waters of river Mandovi is this ancient Latin Quarters that exhibits the forgotten history of Old Goa that is strikingly alive in the colorful houses of this pretty area known as Fontainhas.

The Portuguese came to India at the end of 15th century for establishing trade. They established their head quarters in Old Goa, after defeating Yusuf Adil Shah of Bijapur and taking total control over the sea route for trade. Between 15th and 17th Century, Goa flourished and so did its people. However, the plague outbreak in late 17th century wiped off almost half the population of Goa and the Portuguese government had to shift bases in order to keep the trade going.

Travelling down stream along the river Mandovi, they arrived on the Marshy lands of Panjim, filled it with rocks and sand by drilling the mountain of Altinho and assigned the lands for the people for building their houses. That is how Fontainhas came into existence.

Fontainhas, literal translation means Little Fountain, derives its name from the spring water that flows down from the hills adjacent to it. It maintains its Portuguese influence, particularly through its architecture, which includes narrow and picturesque winding streets like those found in many European cities. In words of William Dalrymple, "Fontainhas is a small chunk of Portugal washed up on the shores of Indian Ocean."

The architecture in entire Fontainhas is a fine blend of Indo-Portuguese styles which one can identify quite distinctly in the houses here. The red colored tiles adorn the roof tops of the old villas and the buildings having projected balconies with the walls painted in the tones of yellow, green, red or blue.

Some of the elements of the houses are extremely amusing and you won't find it anywhere else. Glass tiles in roof for sunlight and ventilation, oyster shells as window panes, emblem on top of the house and balcaos are some of the most striking elements that clearly stand out and make the houses extremely pleasing and definitely photogenic.

The colorful steps at Rue de Natal, where Christmas celebrations are a spectacle and the hypnotizing aroma of freshly baked confectionaries from the 31 de Janeiro Bakery are a couple of pitstops one must make during the visit at Fontainhas. If you have a sweet tooth, you must try the Doce and Dodacol at the bakery along with some assorted cookies straight out of the wood fired oven.

An abode for photographers and story lovers, Fontainhas has been declared as a UNESCO heritage zone in 1984, and it is a place that you should definitely visit, if you are looking forward to experiencing something beyond the beaches!

Have you visited this hidden gem in Goa? Let us know in the comments below.