India Travel GuideIndia TripsListen Up! Assam, Mizoram J&K Are At A Climate Risk & We Need To Take Note

Listen Up! Assam, Mizoram J&K Are at a Climate Risk & We Need to Take Note 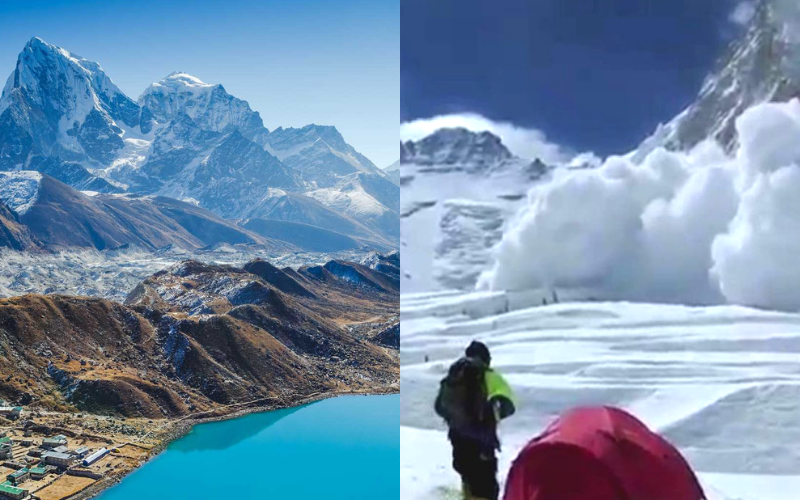 Nature is giving us some major red-signals. It’s high time we start listening!

All our 12 Himalayan states are extremely vulnerable to global warming, in fact, Assam, Mizoram and Jammu & Kashmir are on the top of this list.

This means that these three states have the lowest capacity to fight, handle or even recover from the impact of an anticipated environmental hazard.

The studies were conducted in collaboration with the government authorities of all the states in the Indian Himalayan Region (IHR): Arunachal Pradesh, Assam, Himachal Pradesh, J&K, Manipur, Meghalaya, Mizoram, Nagaland, Sikkim, Tripura, Uttarakhand, and West Bengal.

If you’re thinking why is the Himalayan region the most affected by global warming, then here’s the answer.

Himalayan communities are generally more vulnerable to climate change because they have fewer livelihood options, limited infrastructure and a high dependence on natural resources, as per the study.

For example: Assam has the least area under irrigation, least forest area available per 1,000 rural households and the second lowest per capita income among the other IHR states, and thus scores the highest vulnerability score.

A rise of at least 0.5°C in the temperature has been recorded in the upper Himalayas, which is causing the glaciers to melt. This has pushed up the odds of extreme events such as avalanches!

It also poses a threat to the water security and sustainability of the Himalayan river basins. With an increase in water flow in high-altitude lakes, the chances of floods also increase.

Another example is India’s greenest and wettest Himalayan state, Meghalaya, which is becoming warmer as rains there become more uncertain, marking its forests as “highly vulnerable” to climate change.

While we already have a map of vulnerability ready and some 26 projects approved across India at a total cost of Rs 648.9 crore as per the Lok Sabha data from March 9, 2018, it is upon the authorities and the individuals to take some major steps to protect our regions, our ecosystem and our favourite travel destinations.