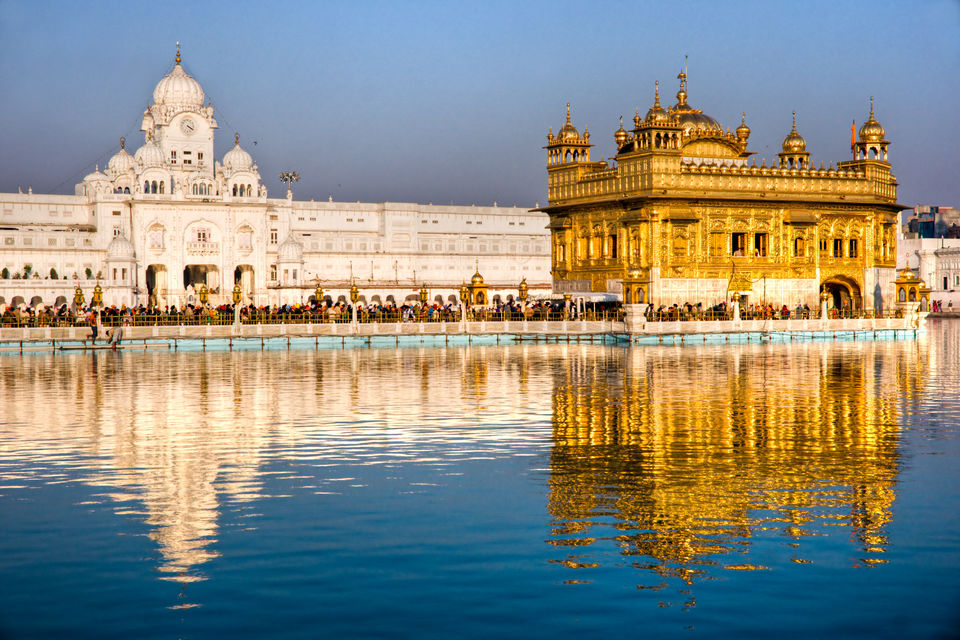 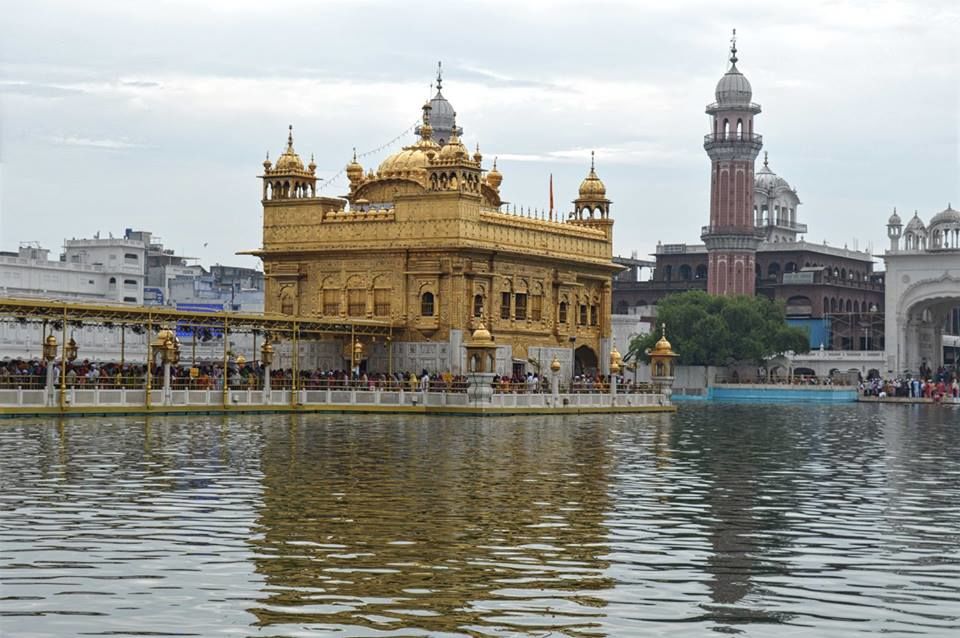 And as the flight took off, I was super excited as this was going to be a long road trip and the first one with my mom since I had moved to Mumbai for my job.

We met the next morning at the New Delhi station where I went to pick her up and started off for Meerut. That is where a friend had his house who was going to be the one driving for the long planned trip. We were welcomed in a Punjabi home with large glasses of lassi which were soon replaced by Patiala pegs of Vodka along with various fish and chicken tandooris. All the pleasures of food that one can get in a Punjabi house. After a long night of catching up and chit chatting with bonfire, dance and a small house party; next morning we started off for Amritsar. It was a long drive all the way from Meerut to Panipat to Kurukshetra to Ludhiana, Jalandhar and finally Amritsar. We reached the Golden Temple premises by 4 in the evening. We were put up at a hotel very close to the temple.

With no specific agenda we went for a stroll in the lanes and by lanes not sure about the timings of Jalianwala Bagh. On reaching there we saw we still had an hour for a walk amidst the many sacrificed souls in the Bagh. As we walked into the Jalianwala Bagh I could sense the sepia monotone setting in. The shrills, the cries and the smell of fresh blood were all brought back by the bullet marks, the well in which people jumped to save their lives and the encrypted description of the fateful day. A sudden shudder filed my heart up and I could feel the moist in my eyes. This place had all the history of the struggles people went through to achieve freedom from the hands of the British Raj and here we are today still struggling and craving in the hands of our own people in the name of independence and democracy.

After a walk down the alleys of the Jallianwala Bagh which is now transformed into a beautiful garden with flowers, bushes and trees yet unable to hide all the tragedy and pain that it had ones experienced, we walked into the graciously lit Golden Temple. A trudge around the temple with was a peaceful one with a view of all the hopeful faces around, families that have come from far away land for a holy dip in the holy lake considered the nectar of the immortality which is actually the meaning of the name Amritsar.

Waking up to the tunes of ‘Ik Unkar’ as we entered the Harmandir Sahib next morning for the darshan of the Akal Takht (the throne of the timeless one), followed by the grand lunch at the Langar which is the biggest of its kind in India that attends to the food needs of around a lakh of people a day. All of it being a soulful experience we started off for the Wagah border. On our way we passed the Attari station which is the entry point to our country from where the only train Samjauta Express whistles in from Pakistan.

On reaching the most talked about wired zone of our country I was struck by nostalgia as my grandfather was the PRO of BSF and all the BSF Jawans around reminded me of my childhood days. There were a few small shops selling goods from Pakistan claiming to be authentic and imported from the other part of the border. After a little wait the gates opened and we had to go through five levels of security check and a kilometer of walk to reach the parade gate. After taking our seats, I pondered off to the land unknown where the sky was the same and so were the people, the air we breathe was just the same and so was the land we stepped on. So what was the reason for all the bitterness, why were so many lives put to rest during the 1947 partition? A sudden jerk from my daughter brought me back to the present and parade took off. The bugle set off the sound and the change of guards was amazingly displayed as Jawans from both the countries paid tribute to their motherlands and to their responsibilities. It was a treat to the heart and the soul.

Endless aloo, gobi, muli and mutter ke parathe with ghee and butter oozing all over, Rajma chawal, chole chawal, lassi with over whelming matha, chass, milk and all the other flavours of tandoor just add the perfect blend of masala o the trip.

A lot of history, nostalgia, good food and happy times is what I carried back from Indira Gandhi International Airport along with a heavy heart as I had to say bye to Ma who flew back to Kolkata. Like all my other trips, this one also touched me in a deep way and I grew a little older with the experiences and the touch of yet another culture.