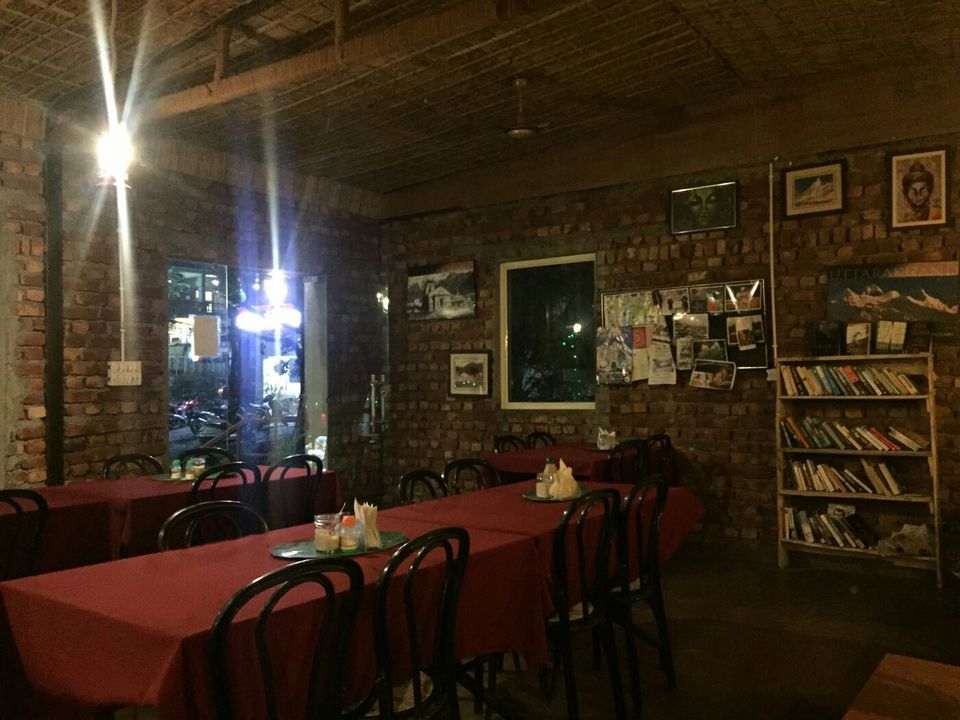 I travel to explore the unknown lands and meet people on the journey called life. One should move out of the comfort zone of one's body, mind and spirit to explore the unexplored. Here I write about what and how I did in Rishikesh.

I left for Rishikesh via Agra- Dehradun Volvo which left from Agra ISBT at 20:40 PM IST. The bus reached at 4:30 AM with a half an hour halt at 2 AM in Gopal Resorts Muzaffarnagar. On the way, I watched the moon, felt the breeze, watched the Ramadan feasting at Meerut, talked with the co- passenger Archana, Marriott Agra employee travelling to Mussoorie.

At 4 AM, the Ganges ghats at Haridwar were silent, the water flowed smoothly, a few locals were out for a walk. I reached Haridwar bus stop at 4:45 AM and after waiting for five-ten minutes boarded a local bus and reached Rishikesh bus stop at 5:50 AM.

The journey in the tranquil town began at dawn sitting in an auto dropping me to my home for a few days, Zostel Rishikesh at 6:10 AM. I was informed at the Zostel reception that the bed in the dorm I booked will be vacated by 10:00 AM and I can chill till then at the rooftop cafe or take a cat's nap in the colourful and cosy hangout zone. I went upstairs and had two cups of coffee while enjoying the serene view and feeling the soft breeze. After sitting there for almost one and a half hours, I headed to the hangout zone for a few minutes.

The Yoga class at the garden area instructed by Savanna began at 8:30 till 10 AM where a bunch of people stretched and listened to their bodies. After the yoga session, I headed up to the hangout zone where I met Divya and Swapnil from Mumbai later joined by Loveneesh from Chandigarh. All of us spent hours chit chatting, knowing each others' lives over food and shakes we had ordered.

In the afternoon, I spent some time with three girls in my dorm, two of them were friends from South Africa and the third one was a lawyer from Jabalpur.

Most of the hours at the Zostel were spent in the hangout zone chatting with travellers and trekkers. There I met Pooja from Indore who was intrigued to see a lot of female solo travellers and decided to blog about all of them.

In the evening, the Zostel arranged a visit for everyone to the Triveni Ghat to experience the Ganga Aarti. We left at 5:30 PM with Shashi, the man who was handling the Zostel with a fantastic team. While returning we all got drenched as it rained heavily. We were sixteen people divided into two autos reached the Zostel at 7:30 PM.

For dinner, I landed up to Cafe Moktan, a beautiful Tibetan style decorated the place with Gurshisan and Loveneesh where we had a big serving of Mushaka and shakes along with a dish of spaghetti. After dinner, we sat at the rooftop cafe at the Zostel listening to some music and meeting more people there.

I headed up to my upper bunk bed and closed my eyes with so many beautiful memories.

I dressed up for the Yoga class in the garden area but the class got cancelled as it rained. I left the Zostel at 8ish in the morning to Cafe Moktan where I was the previous night for a hot cup of coffee. Wet with drops of heavenly rain I jumped up my seat, crossed my legs and listened to the Buddhist chant played there. The day started with the perfect blend of coffee, music and rain. After an hour, I ran on the road under the falling drops of rain to quickly get dressed up for the river rafting as the meeting time at the reception was 10 AM. Fortunately, the Ringo dorm was empty so I quickly had a shower and met the fellow enthusiastic bunch of people at the reception. Due to the rains, the water level of Ganges had risen, so instead of twenty-six kilometres, we were allowed to raft for eleven kilometres. Seven of us left the Zostel excitedly, filled up the forms and sat in the jeep which took us to Kalabaos, an area from where we started. Vinod, the instructor from the Unique Himalayan Adventure instructed us the ways to wage through the roaring waves of the river, quickly thereafter we sailed for about eleven kilometres. I was scared to go for rafting alone but found strength in the group. Laura and Anna two strong sisters, as they had just done the Everest base camp from New Zealand, Sarah from Luxembourg, Rajath from Bengaluru, Ellie from Liverpool, the UK, Lavneesh and Gurshisan from Chandigarh.

Rafting is not only an adventurous but spiritual experience where you connect with the mountains afar and the river under whose lap you find comfort. Everyone jumped out of the raft in the middle of the river at the instruction of Vinod but I was scared and was the last one to jump and tightly held the rope connected with the raft. In reality, the lifejackets were our saviours but the river felt like comfort to me. I enjoyed the moment of bliss.The internet has been buzzing a lot about the 60s cafe in Rishikesh so we all famished (food & travel) fellows trod our path this Beatles / 60s cafe after having a quick shower at the Zostel. The food was scrumptious, well presented and the place had a view of the flowing Ganges. From there, few of us left for a stroll, sat for almost half an hour at the German Bakery overlooking the jam-packed and narrow Laxman Jhula. I really wished to observe the graffiti on the walls of Beatles' Ashram where the famous 60s Beatles band stayed back then. It was scorching hot but none of us had further plans so Abhijeet, Loveneesh, Rajath and I started walking on the bridge which made me go dizzy and I had to literally close my eyes and hold one guy's hand to cross that constantly shaky bridge. We walked and walked and I suddenly saw a man playing the didgeridoo. I had read about this man named Mukesh and his little hut called Jungle Vibes on one of the blogs on the internet. All of us were amazed at the breath control of the musician. I had a little chat with this man and he told me you're talking about my father who was at the Dayanand Ashram then meeting Mooji baba. He even gave me his contact number as I looked eager to have a chat with Mukesh Ji. Then our ears turned to a man probably blind sitting on a cemented bench next to Jungle Vibes. He was chanting "Radhe Radhe Govind Radhe" musically and his voice soothed my ears, had a little conversation with him.

All of us were thirsty by then and landed up-to Little Buddha rooftop Cafe which had a wonderful view of the river and the scary Laxman Jhula. There we decided not to go ahead to the Beatles Ashram as it was further a half an hour walk. We chilled at the cafe and talked till the sun had beautifully set. It wasn't dark yet so we decided to take a speedboat ride but didn't go as it was expensive and not even lasted for five minutes. We crossed the river and walked the Cafe De Goa lane and reached the Ghat opposite Trayambakeshwar Temple which was a hidden gem known by Abhijeet. All of us sat at distances to enjoy solitude and dipped our happily tired feet in the cold and comforting waters of the Ganges. After a silent and happy time at the Ghats, we left for the Zostel. On the way, Rajath made us meet some of his fellow trekkers from the Roopkund Trek at one of the hostels near Laxman Jhula. Three of us left for the Zostel had our dinner there and then spent some time listening to Ankit play the beautiful strings of guitar at the lobby area. The night was beautifully spent in the hangout zone chatting and sharing experiences of lives and then finally hitting the beds.

I had no plans for the day like I never have every day. I wish to go with the flow and do what I feel at each and every moment. Rajath had planned and booked for bungee jumping at Jumpin' Heights at Mohanchhatti and as invited by the group I joined them to the site. The ride was spectacular as I could feel the breeze and hear the Nature's blissful sounds. I was a pillion so could easily enjoy seating at the backseat. It was twice we could look at Iguanas crossing the road like obedient citizens of the city. Loveneesh, Abhijeet and I spent hours at the viewpoint while gutsy Rajath and his friends jumped nonchalantly from the height of 83 feet.

The day got over clicking videos of the brave people and having Maggi for lunch. We reached the Zostel in the evening and quickly then Abhijeet left to catch his train to Delhi. After a while, Loveneesh left too for Chandigarh. The realization hit me that it's time to go for me too. I wished to linger but in the journey of life, we all have to move on. So I booked my bus ticket for the 9th of June for Agra. In the evening we spent some time in the dorm meeting new travellers from different parts of the world. For dinner, Rajath and I went to a Pizza place next to the Zostel. I played Ludo with fellow travellers from Gurugram in the hangout zone and then slept in the comfortable bed in the dorm.

Rajath had to leave for Bengaluru in the morning. In another dorm, I met Jason who was travelling all around the world for the past ten months after quitting his job in Bermuda. Rajath, Jason left the Zostel fort heir journeys ahead and three of us decided to have brunch together at Cafe Moktan. There we talked about our lives and enjoyed each others' company. We clicked a few pictures and bid adieu. I went back to the Zostel and talked with Shashi at the reception. In the evening, met Rebecca with whom I went to have kulcha chhola in the market. While returning it rained heavily we ran towards the Zostel and reached there all drenched. Shashi had organized a Bollywood dance class for the inmates. Few of us, all girls learned dancing on the song Tamma Tamma by a local dance teacher named Gokul. I quickly rushed, took a shower, changed and left the Zostel bidding goodbye to the people I met there and left with a backpack full of beautiful memories.

This journey will always be fresh in my mind as I connected to a lot of people, shared life experiences and returned home with inner happiness to return again to an unknown destination. 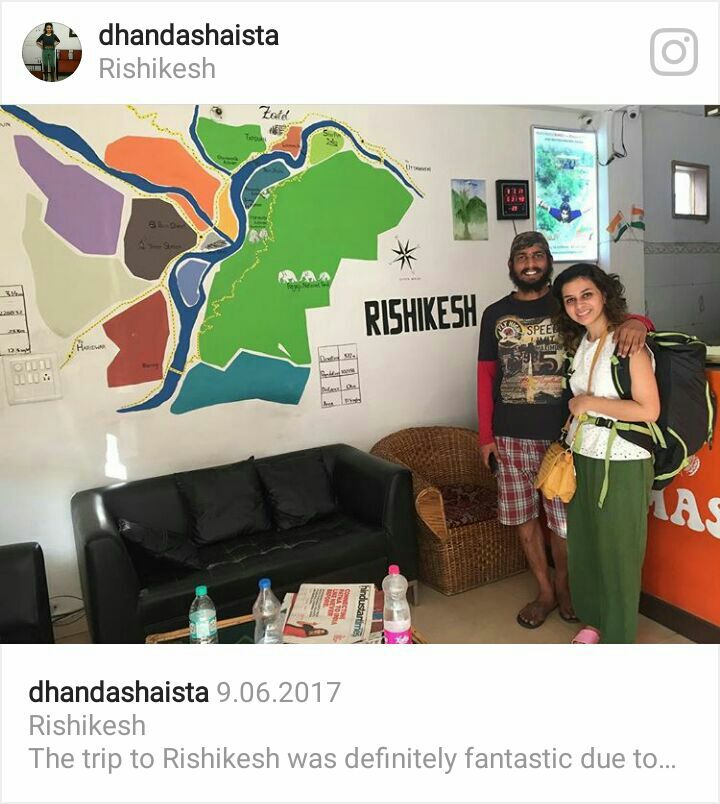 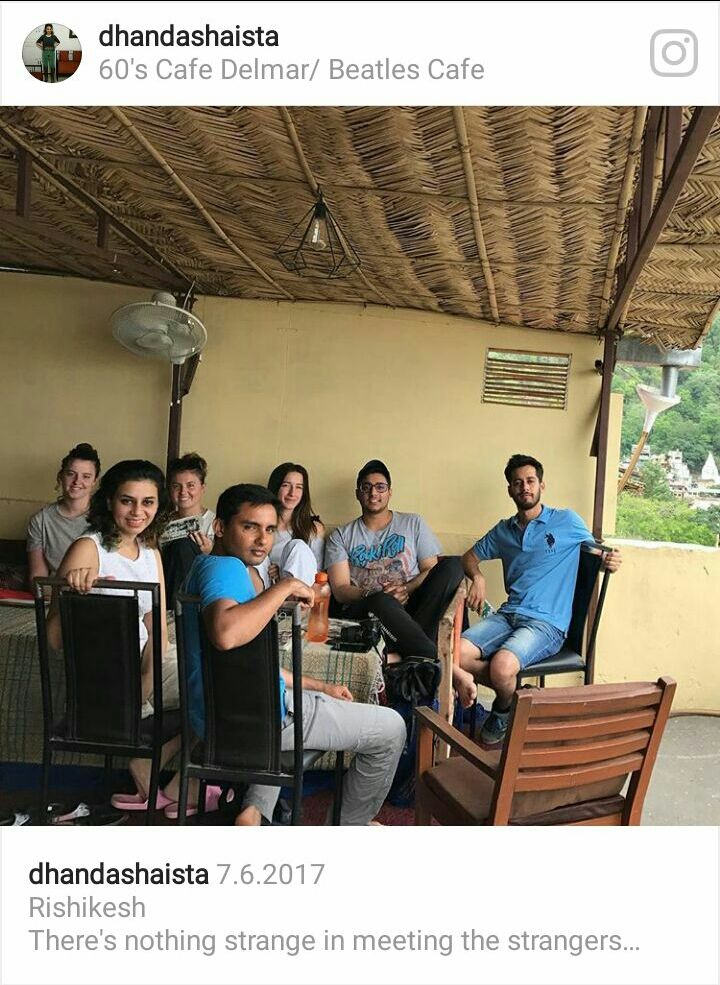 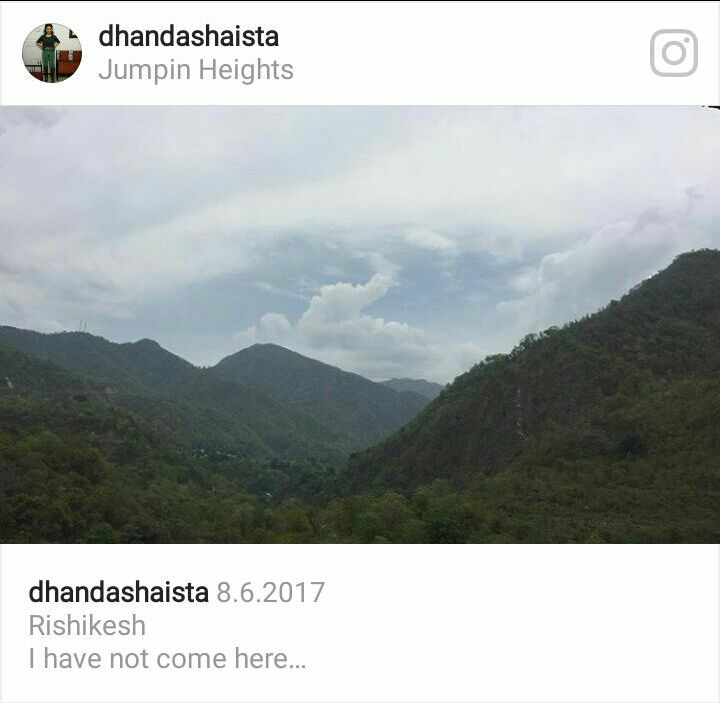 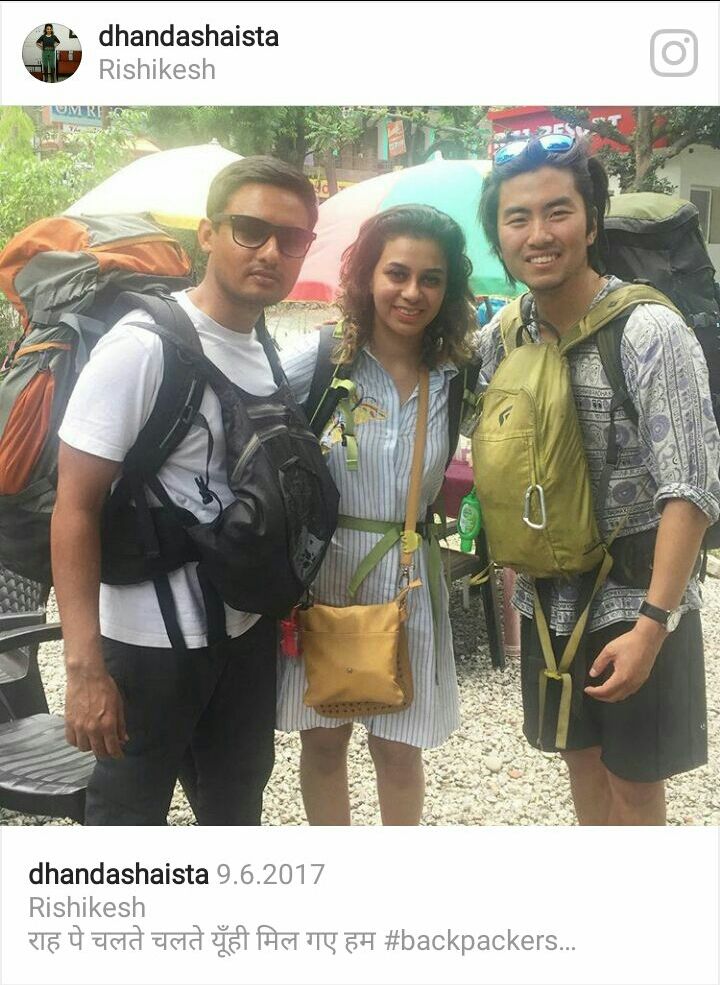 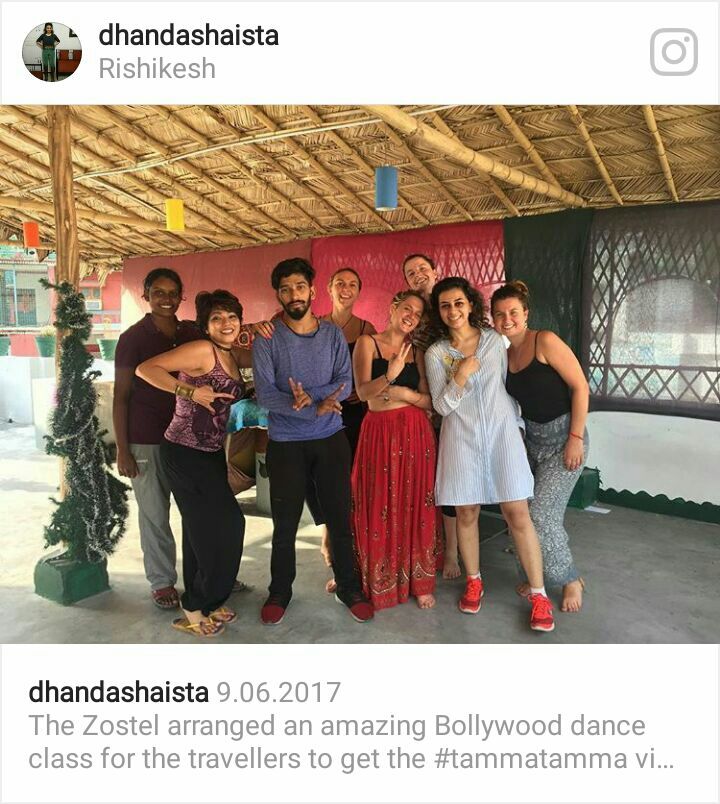 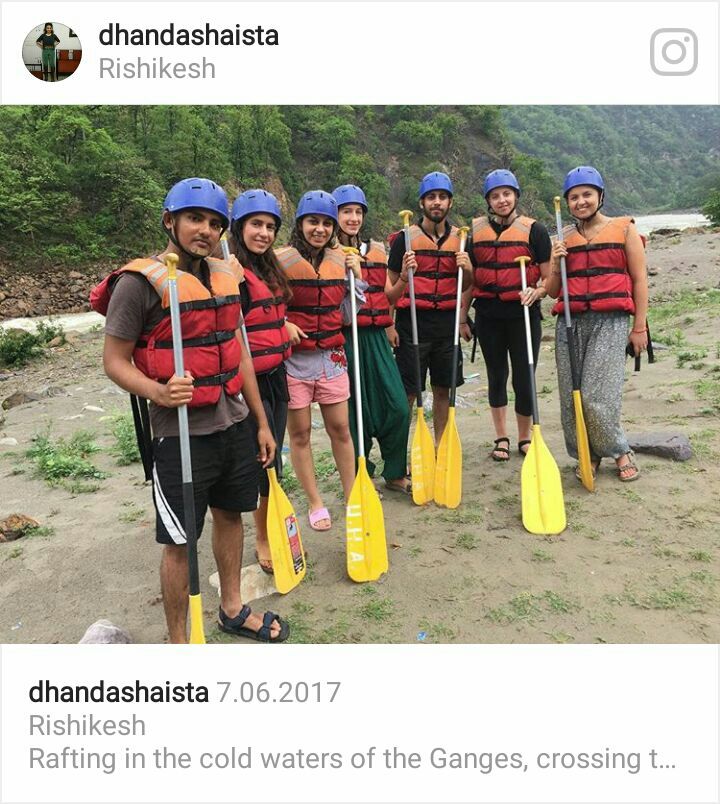 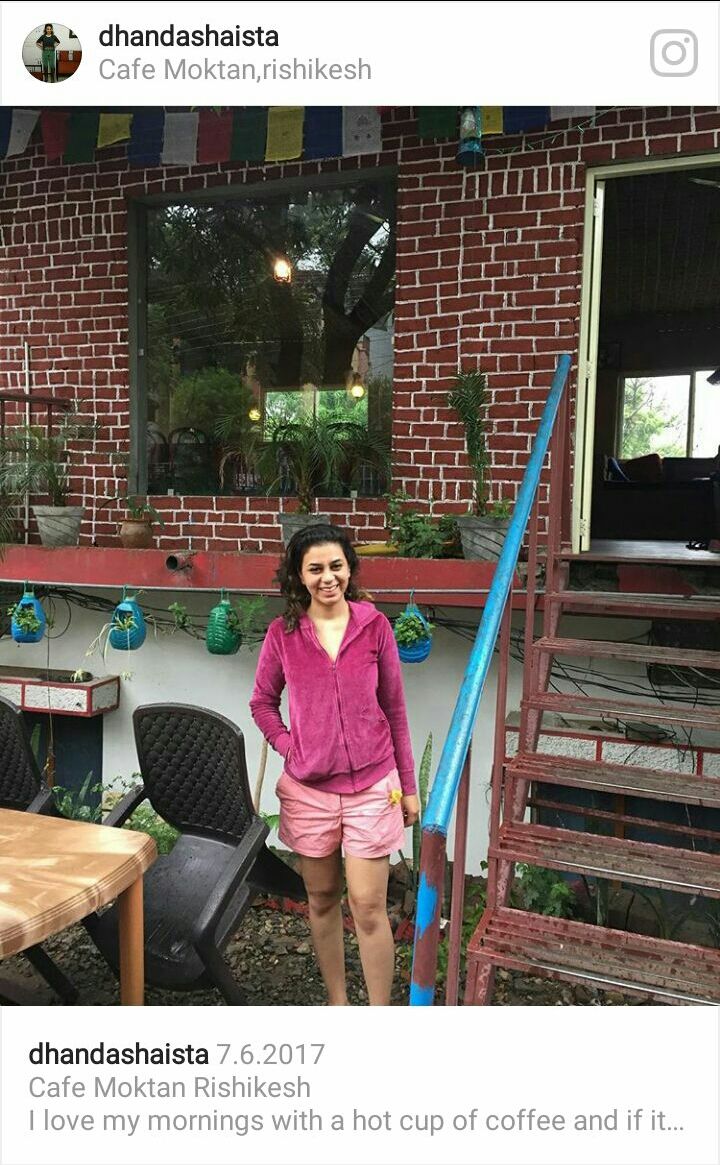 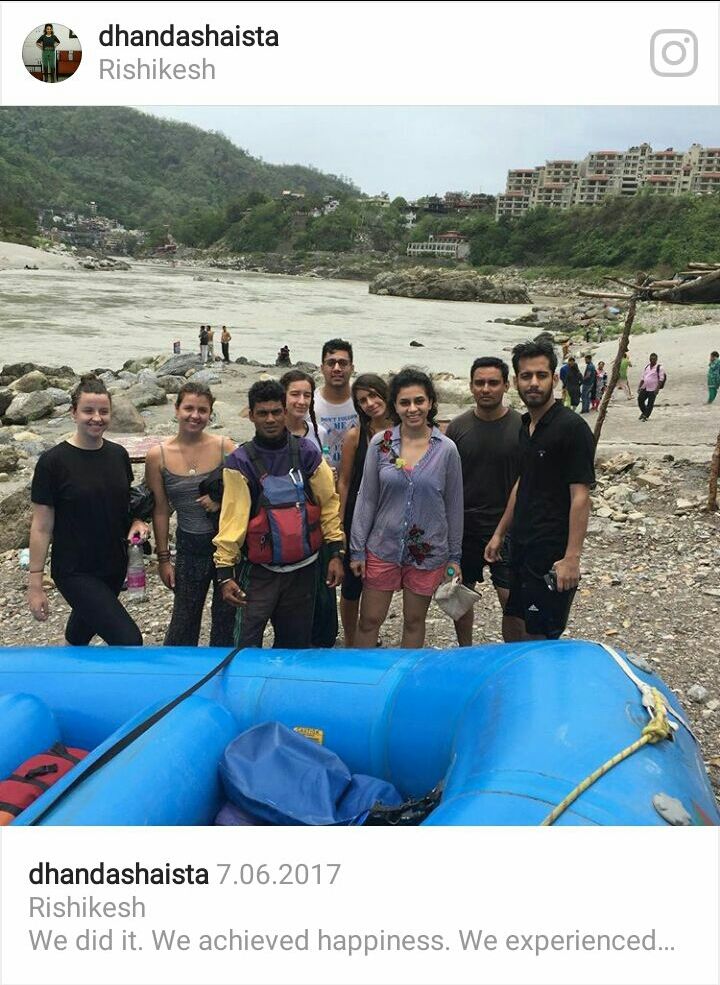 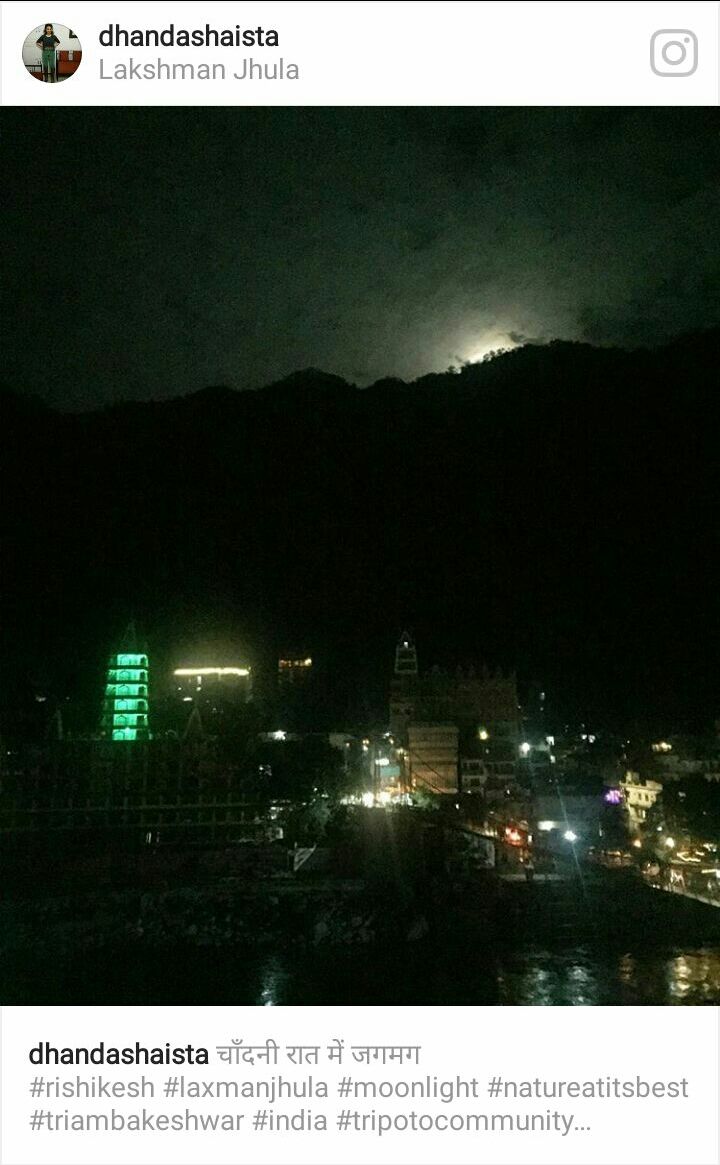 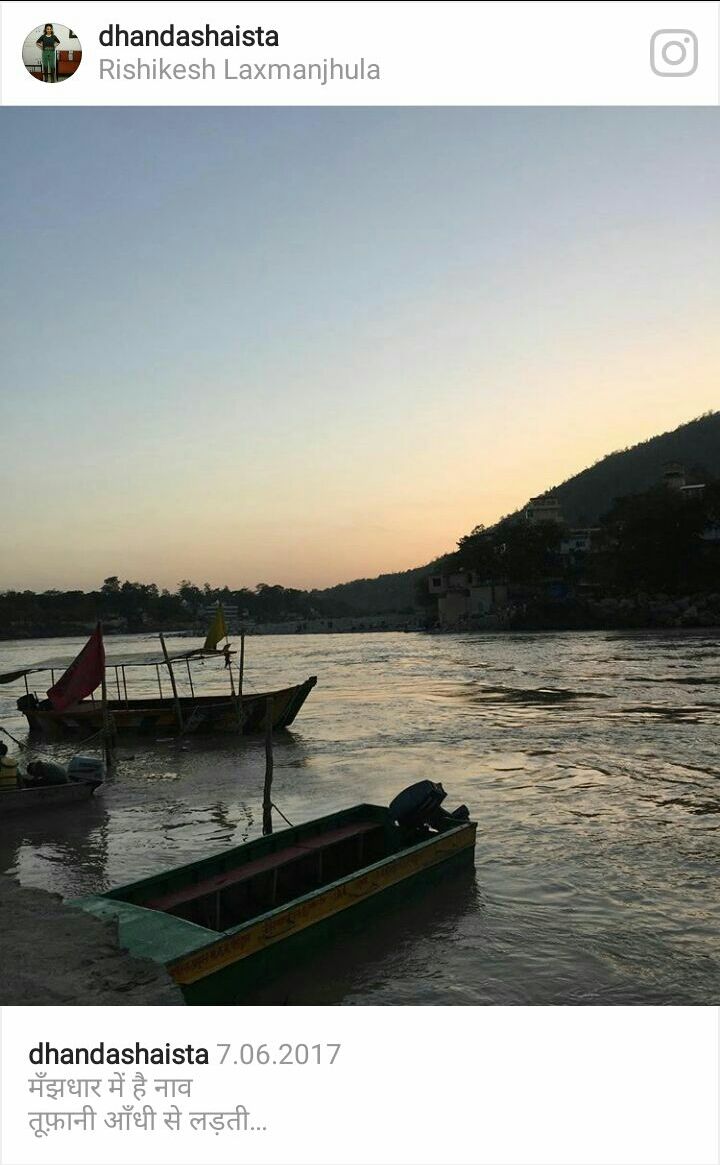