RISHIKESH is one of the large towns in the state of Uttarakhand in Northern India. It is located at the foothills of the mighty Himalayas. The Ganges or the Ganga river which hold a very important place in the Hindu mythology and also plays a very important role in sustaining the millions of people living in the plains in Northern India, flows right through the town dividing it into two parts.

The town has since times immemorial been occupied by the babas and sadhus (saints) as they offered their daily prayers to the mighty Ganga and lived a life of penance to attain the highest salvation or Moksha according to the Hindu scriptures. It is these sadhus who in ancient times developed the art of YOGA and practised it as a means to live a healthy life both physically and mentally.

A few decades ago, then a small town in itself, RISHIKESH started gaining popularity as more and more people started flowing in as YOGA started getting more popularity in the western world as well. Also the setting of this town in itself is perfect to attain peace and tranquility of the mind and the soul, with the mighty Himalayas on one side and the Ganga flowing through the town. Only sitting besides the river on the Ghats or the beaches and doing nothing gives a sense of calmness which is an experience in itself.

With the growing popularity of this place, there are a lot of activities which have also cropped up which gives so much more to do in this town. There are tons of adventure activities like Bungee Jumping, flying fox, the giant swing and the one adventure activity that Rishikesh is most famous for all over the world - Rafting. Rafting the mighty Ganga with different levels of difficulty depending on your proficiency and the choice of course is one of the best things to do while in Rishikesh. It truly gives you a feeling of how small and inconsequential we are in this world.

Rishikesh also has two beautiful bridges made accross the Ganga which are called the Ram and the Laxman bridges, named after the two protagonists of the famous Hindu Mythology Ramayana since Rishikesh holds a very important part in it.

The best time to visit Rishikesh according to me is in the winters when there are comparatively less number of tourists and the temperatures are mild during the day which is perfect to explore the many things this place has to offer. I myself visited Rishikesh during the end of December from the 29th to the 1st of January to do something different for the New Year.

Rishikesh is easily accessible by various means of transport. The best being flying into the capital city of Uttarakhand located about an hour away and hiring a cab from there to reach Rishikesh. Alternatively, the town of Haridwar which us located 45 minutes from Rishikesh is well connected by trains from most of the major cities in the country.

There are a number of places to stay in and around Rishikesh. From truly Five Star options to meagre ashrams and guest houses. From stays in the mountains to stays on the very banks of the river Ganga. Rishikesh has stays to suit all kinds of travellers arriving on different budgets or needs. 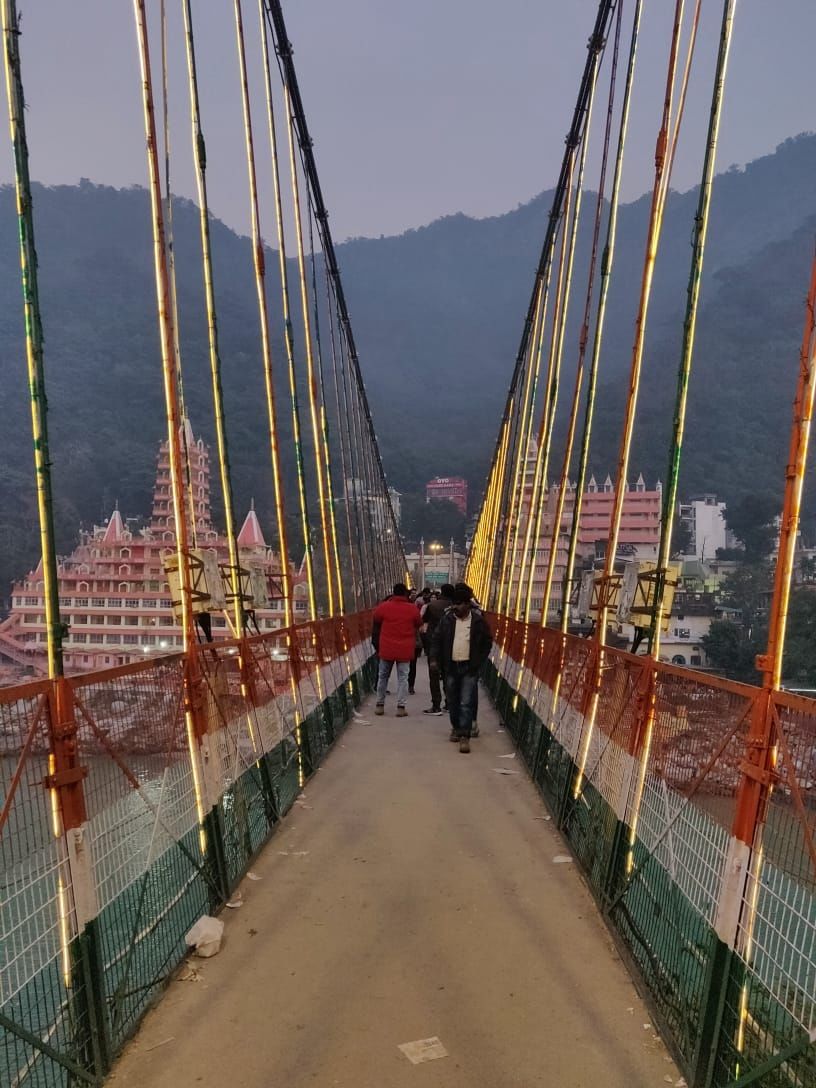 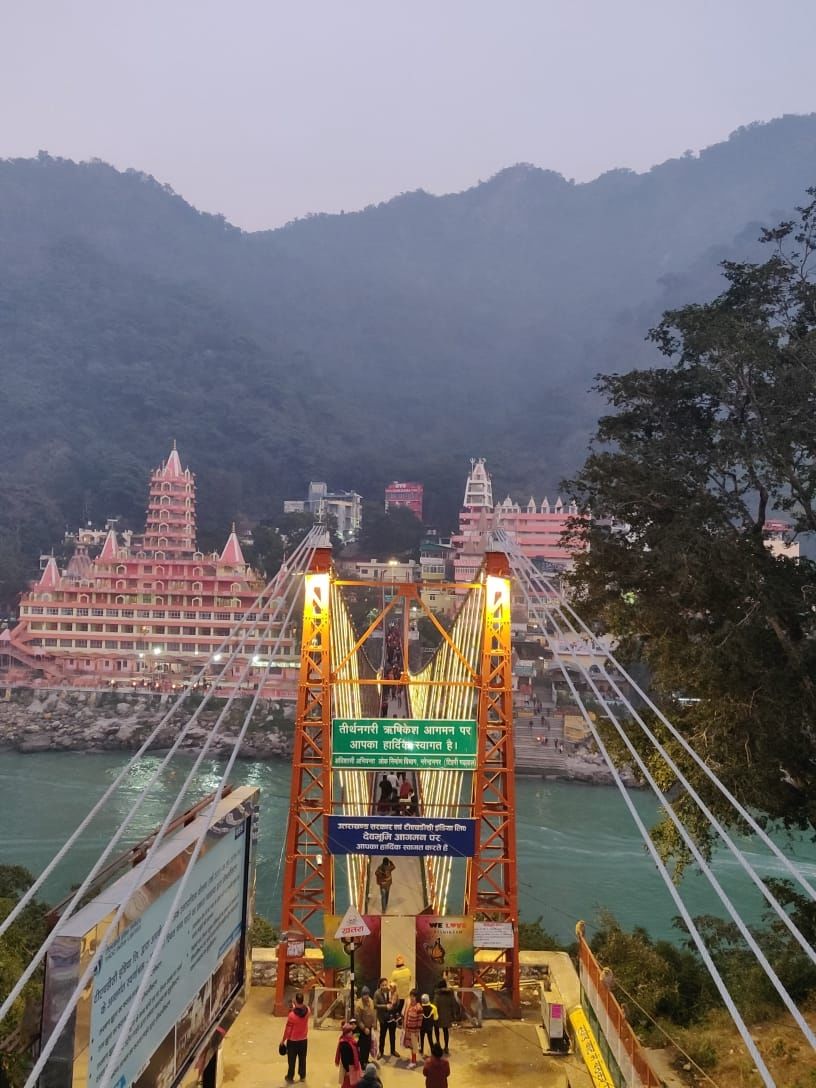 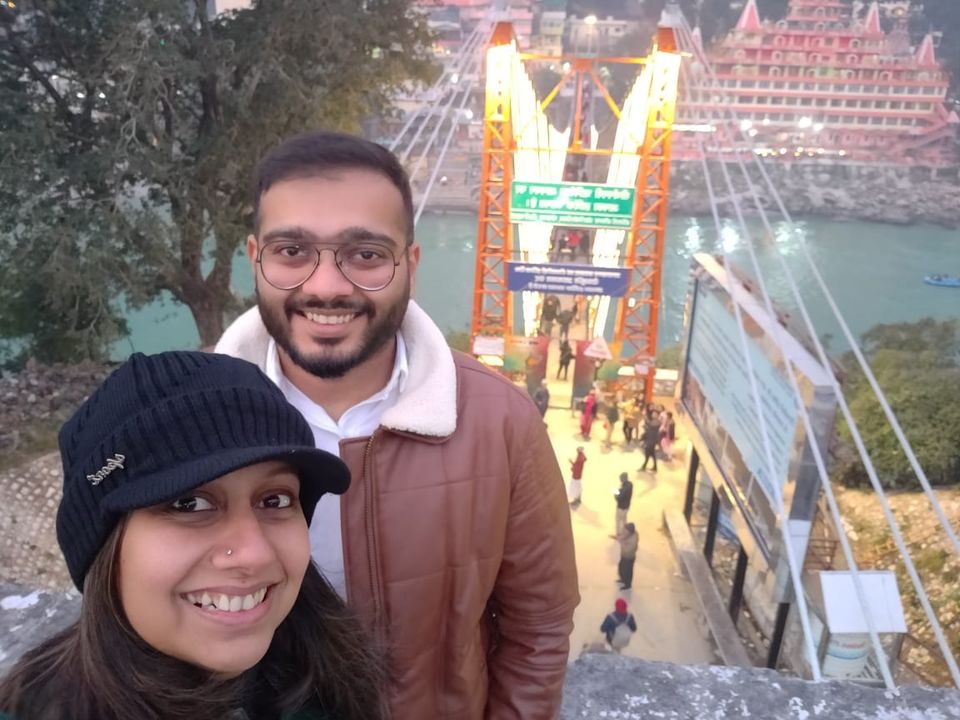 Banks of the River Ganga 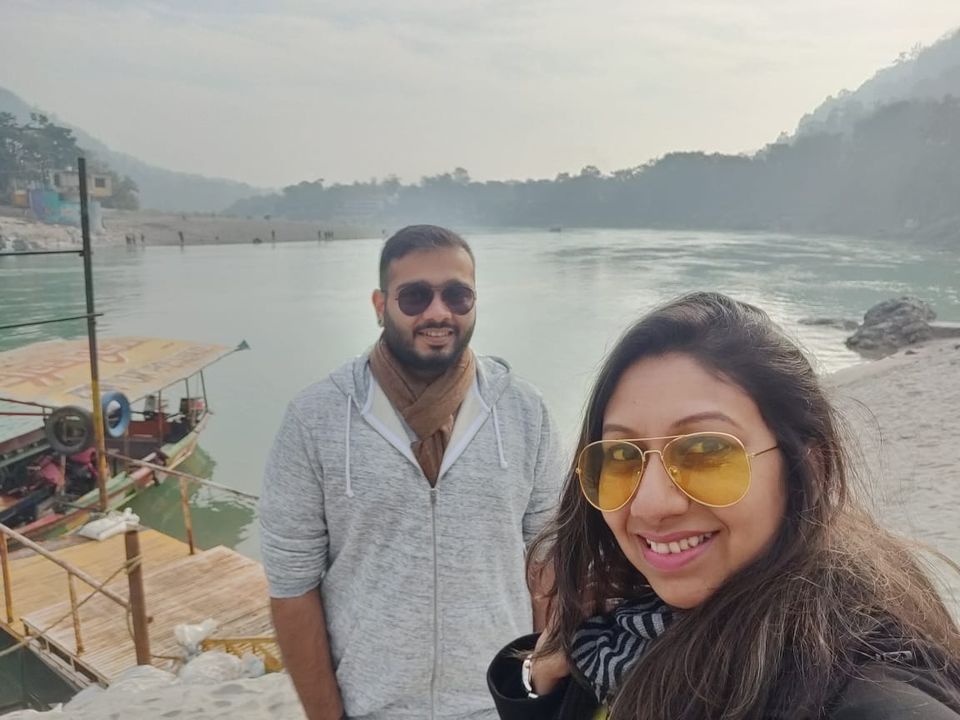 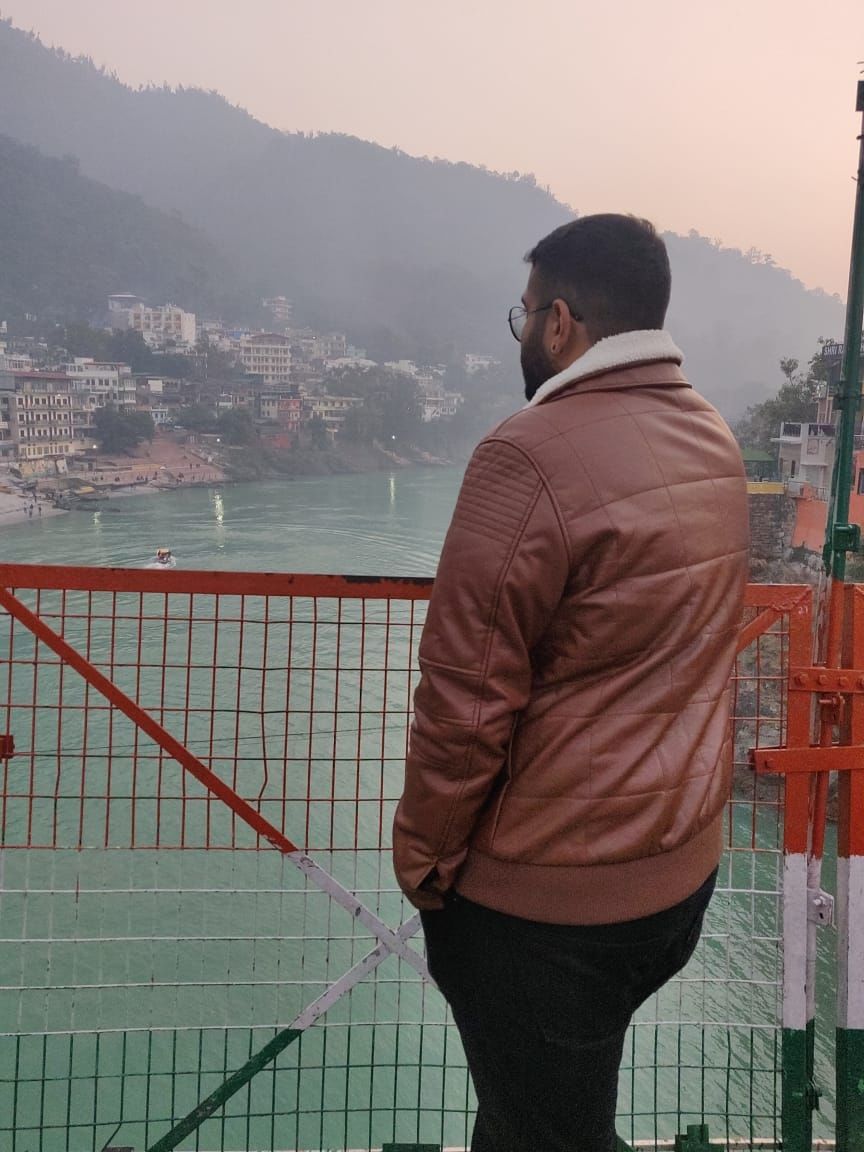 For my trip i had selected the BLUE JAY hostel which is relatively new in the town but was highly recommended by a few friends who had actually stayed there. And boy they were right. From the cleanliness to the warmth of the staff, this hostel is really good even for the western standards. There are mixed dorms, female only dorms as well as a few private rooms with private balconies and bathrooms attached. The hostel also has its own cafe on the top floor serving delicious food. They even organized a party for the 31st night which was unbelievably good..

The days in Rishikesh can be spent in really different ways depending on what kind of traveller you are. I was on a leisure trip and chose not to indulge in the adventure activities myself but still there the 3 days we spent there passed in a jiffy.

We spent the days lazily walking the narrow winding hilly lanes of the town. Everywhere you go, you definitely cant walk 100 steps without encountering the sadhus which actually abound in and around Rishikesh. The ghats of the Ganges take away a lot of your time unknowingly as you immerse in the tranquility and peace of the river banks. The remaining part of the day goes in eating in the cafes on the banks of the river. The Cafe culture in Rishikesh is really top notch with a huge number of cafes sitting right by the banks and offering lip smacking food at affordable rates. Most of these cafes serve a variety of cuisines including Indian and Western cuisine since Rishikesh has a huge number of westerners coming to the town for practising Yoga and to just have a peaceful time. There is a lot of Israeli food also available since Israelis have a lot of influence in the area.

Some of the best cafes in the area which i tried are freedom cafe, ganga view cafe, tat cafe, beetles cafe and little buddha cafe.

Also since Rishikesh is typically a dry area (no alcohol), the kind of teas and variety of herbal drinks along with the peace of the town itself kind of works like a detox and not like a normal vacation where most indulge in a variety of vices. 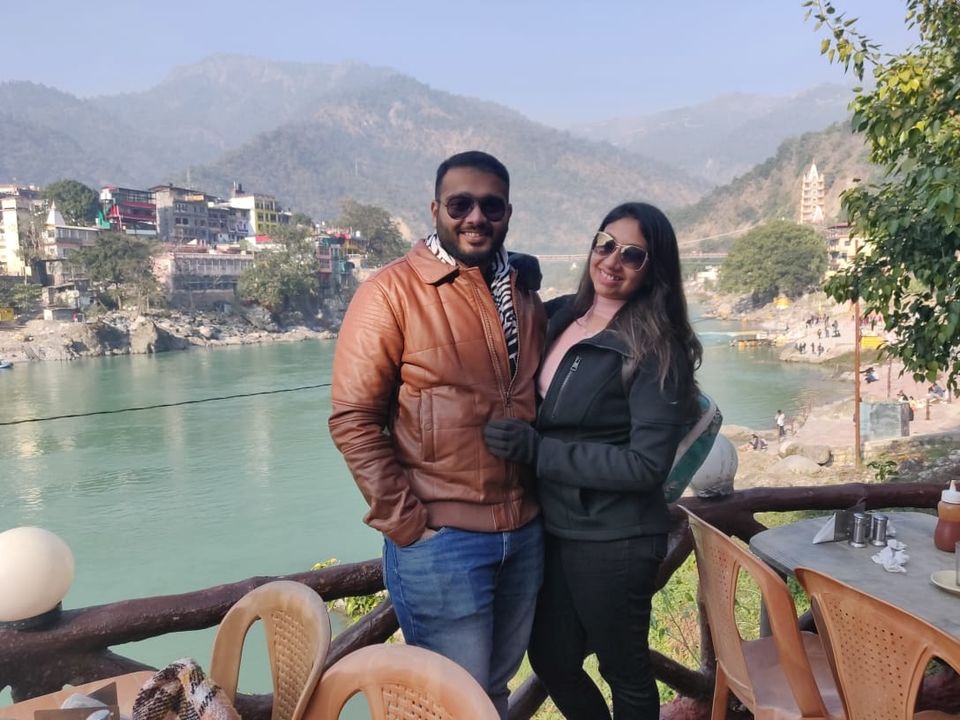 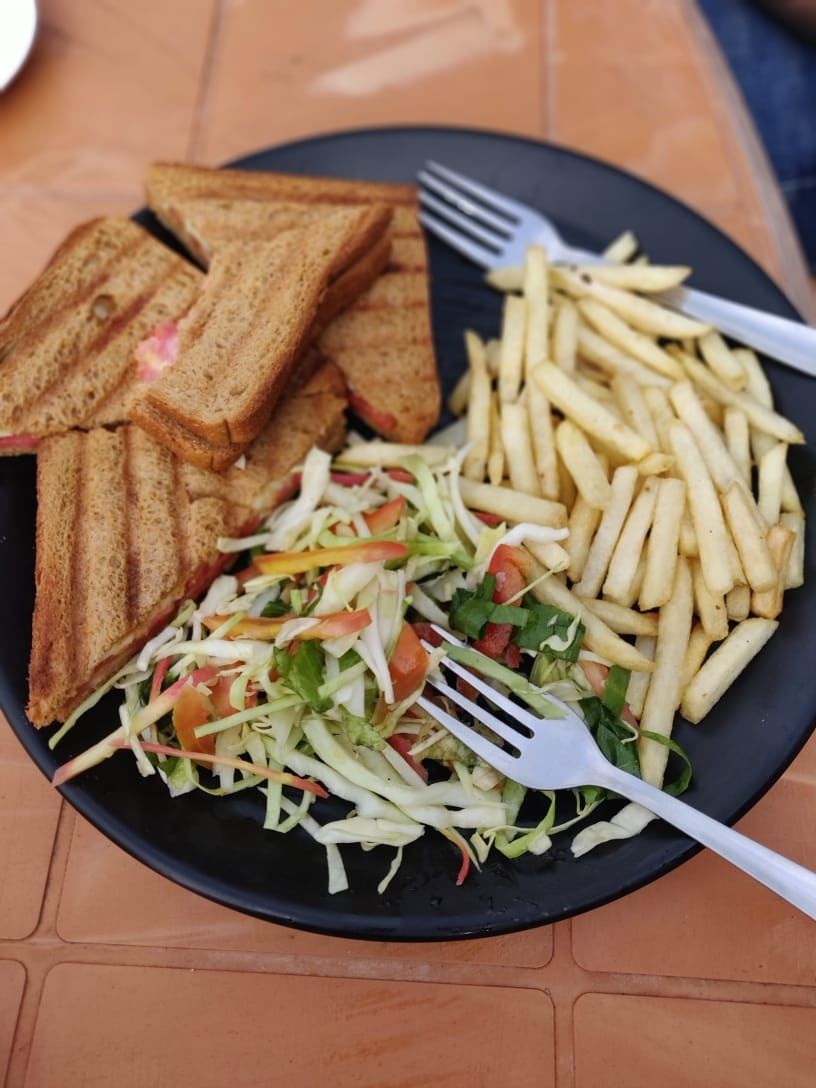 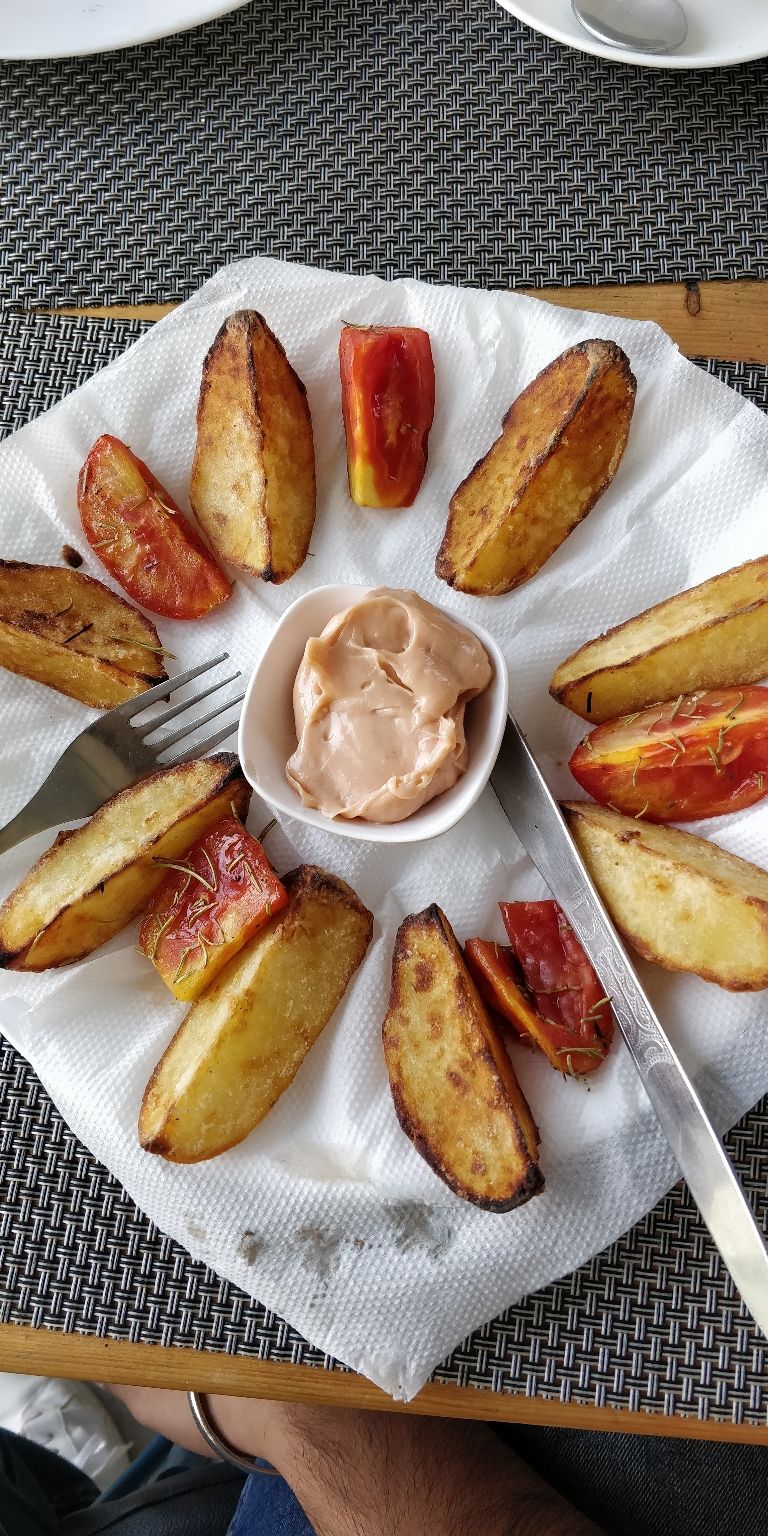 Having said that, the evenings in Rishikesh will please you even more with the ritual of the Ganga Aarti being performed religiously every evening on the banks of the river. These majestic aartis being performed twice everyday hold a special place in my heart having experienced it at two of the best places for aarti in the area. The first one was at Parmarth Niketan Ashram where the aarti was performed by the students of the ashram. It really was very divine and peaceful. The second one was at the triveni ghat where it is more commercial aarti than the ashram with bigger area and more fanfare. But the gist of the thing is that this Ganga aarti is an experience which should not be missed and depending on your state of mind and liking it can actually take you in a state of trance for that one hour you are there. 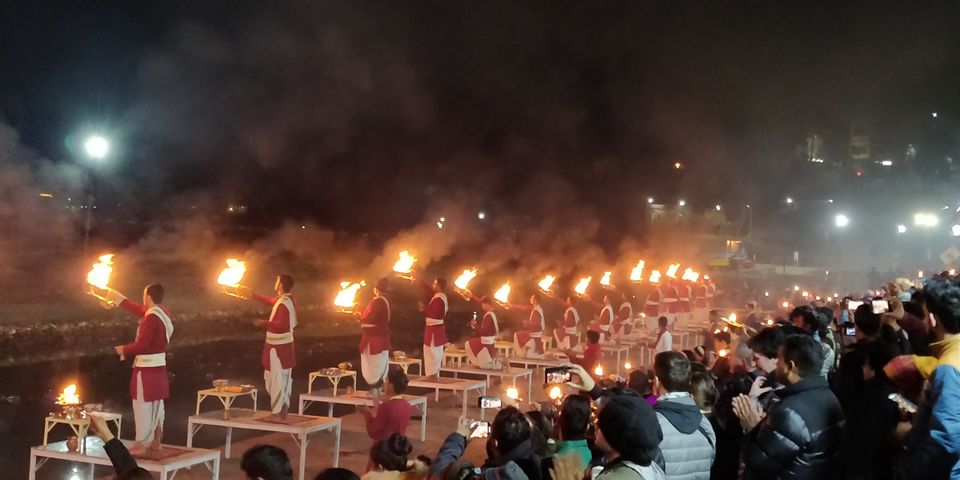 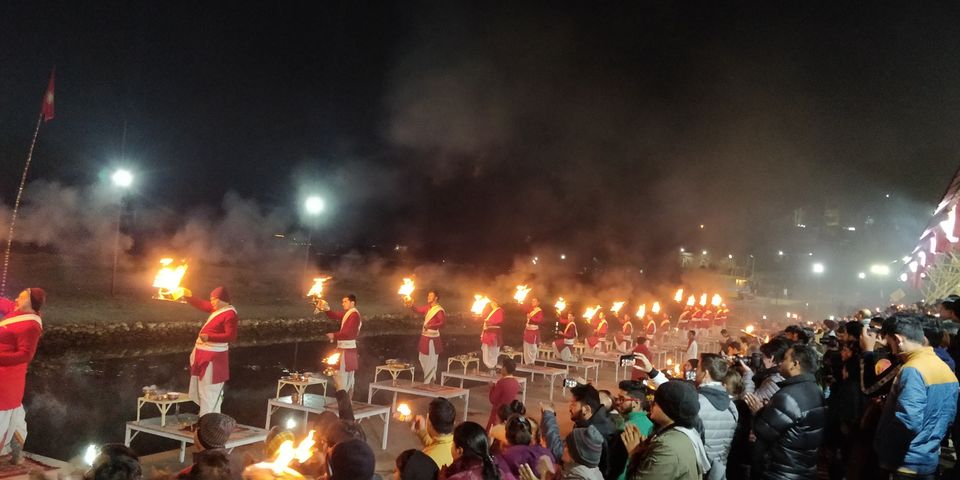 In the night there is not much to do in and around Rishikesh since the town typically sleeps early to have an early start to the next day with the Yoga and chanting sessions. There are a few cafes open until 9.00 pm and thats about it. But as earlier mentioned, the beauty of this trip was that it wasnt a conventional vice bearing trip, but really more of a spiritual and physical detox trip.