Pratik Gandhi's "Risk Hai toh Ishq Hain" as Harshad Mehta in Scam 1992 might have been the only good thing in 2020 (for most of us). But imagine you are on your much needed holiday and someone tricks you into paying for a picture that you had clicked or takes you to a shop where you end up buying things two times more than the market price. Would you still consider it to be a good thing?

Of course, a big NO!

And, let's be honest that there's hardly anyone out there who had not fallen prey to such scams during their travels.

Yours truly is sadly one of them too.

But it is wiser to share such experiences with others for more awareness rather than brood about them.

Here's a list of some desi scams and how to avoid them when travelling in India.

How many of you have heard this when trying to get into a kaali peeli or auto rickshaw? I hear you and I feel your pain too.

One of the most common scams that you might face while travelling is the outright denial of auto-rickshaw and taxi drivers to go by the meter and hence asking you to pay more than the expected amount.

When it comes to meter scams, the worse case might be that the meter might be tapered in such a way that it runs faster than expected hence making you pay more than what you should have paid if the meter was set correctly in the first place.

The other scam that is quite popular involves taking a longer route to your destination by giving excuses like the road is blocked or the road is full of potholes, just to squeeze out more money from your pocket. 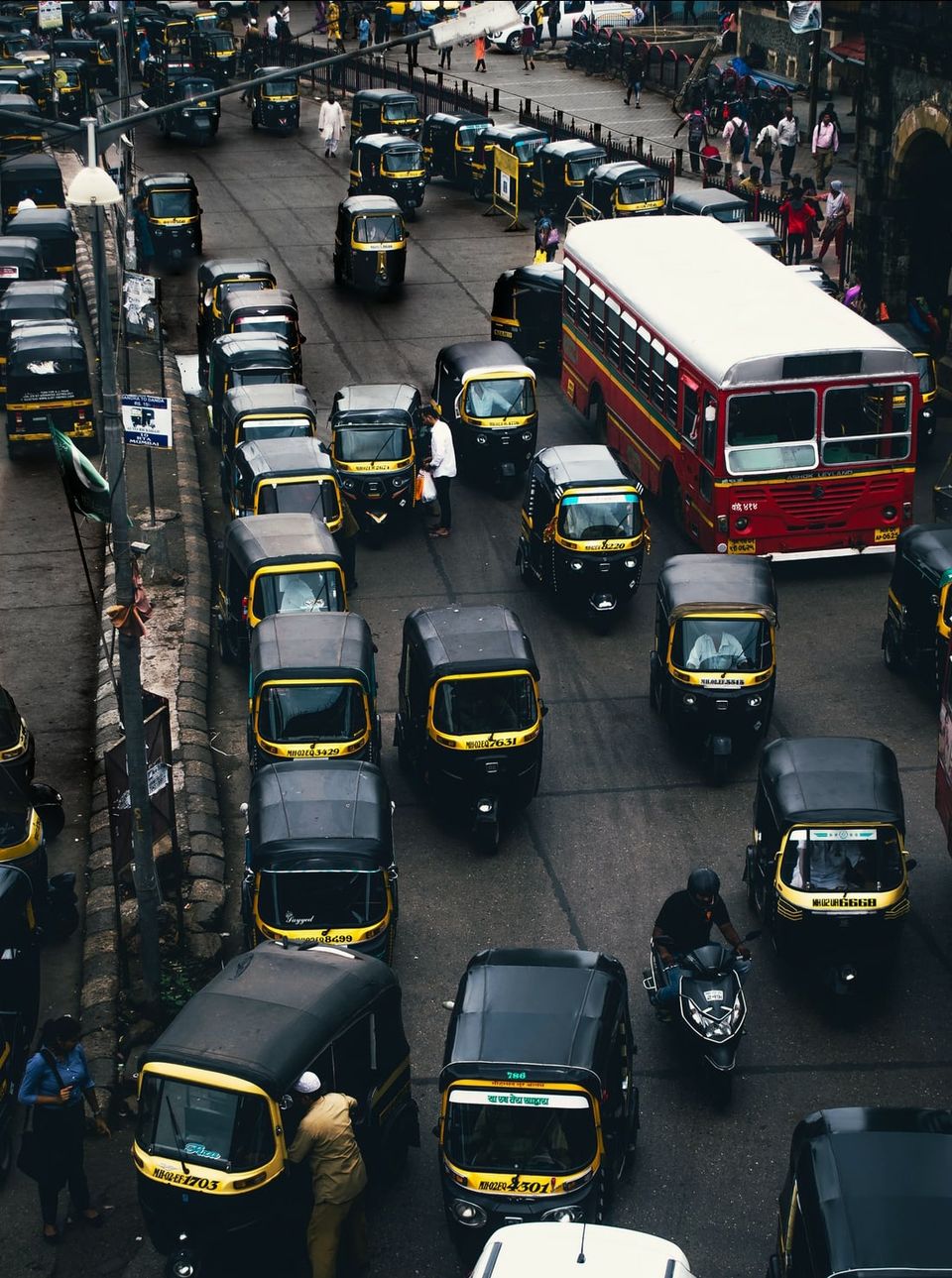 Sometimes, it's not even the meter but it's the luggage that makes you fall into a scam. It has been seen that the taxi or auto driver have often charged extra for each piece of luggage one is carrying. However, with the advent of Uber, Ola and other such car services, these scams can be avoided more often than that in the past, but still these scams are very much present.

Let me tell you a personal experience. Long before the pandemic hit us, my friends and I had taken our much awaited Goa trip. On one particular evening, we wanted to enjoy the setting sun and hence decided to rent some benches facing the sea. The rent was decent enough but on negotiating the person-in-charge even agreed to a lowered rent.

We paid him and almost made ourselves comfortable on these fancy benches when the person-in-charge along with some others came to us showing a 500 rupee note and saying that we had given them a torn note. I was pretty sure that the note I had given him was not a torn or damaged note but since we couldn't prove that to him, we had to pay him another 500 rupee note.

I was so disappointed but I knew this was going to be a lesson for me.

Hence, counterfeit currency scam is unfortunately quite common in India and in spite of Government interventions, there has been hardly any results.

But sometimes it's not even fake currency rather one might be tricked into believing that one had not given the correct change and hence end up paying extra in spite of paying the correct amount. Hence, it's very necessary to be extra vigilant while paying. 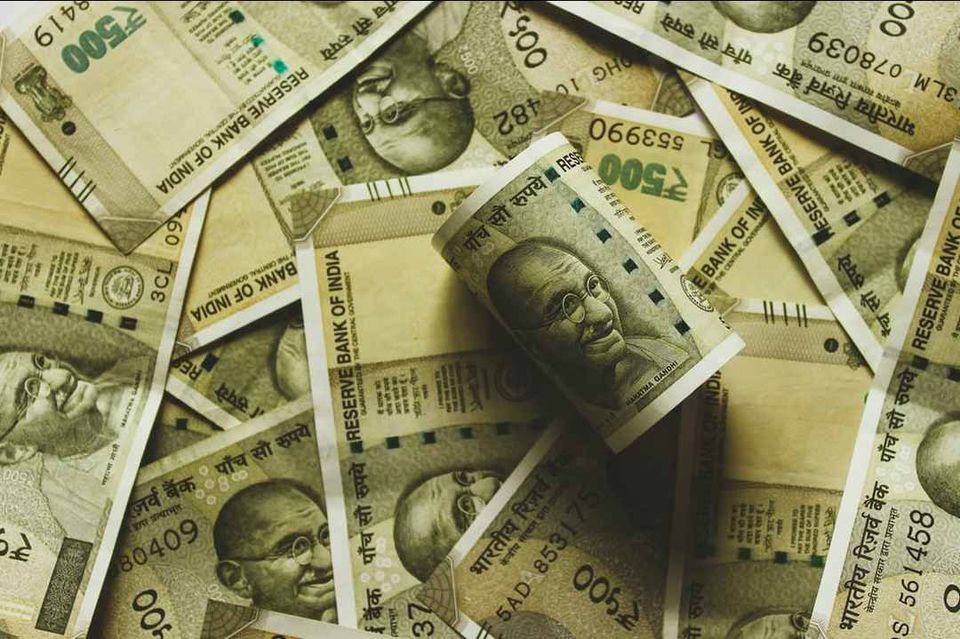 India with its vast diversity and culture has many temples, historic monuments and natural parks for tourists alike. But, often these places are crowded and it becomes quite a tiring job to wait in the never ending queues. This is when the most vulnerable fall into scams as it's very easy to lure such tourists into buying over priced but fake fast track services to enter into these respective temples, historic monuments or even natural parks. Once you have handed over the money, you will be left waiting for eternity as the conmen selling these fake premium services will vanish in thin air.

Hence, it's always advisable to buy such fast track admission service tickets (if any) from the official counters only and not from just any random person that approaches you. 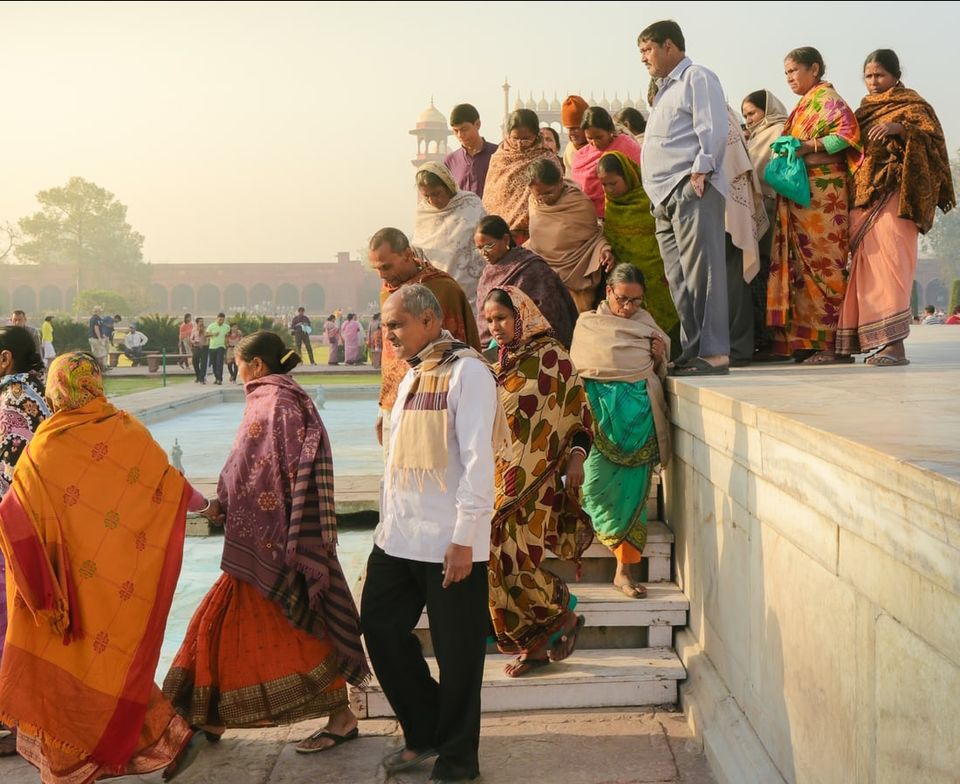 4. Place is closed or moved to a new location

Let's observe 2 minutes of silence if you have ever been told that the hotel, booking centre, restaurant or shop you were looking for is closed or moved to a new locality.

This is one of the most common scams one will come across while travelling in India. There will be at least half a dozen places having the same name of the place you want to visit, if not more, making it easier to confuse and misguide you to the wrong place with the same name.

And, if it's not the same name, then it's the outright lie that the place has shut down or moved to a new locality that will surely convince you to end up in the wrong place.

Hence, it's always better to be well informed before heading out to a new place or city. 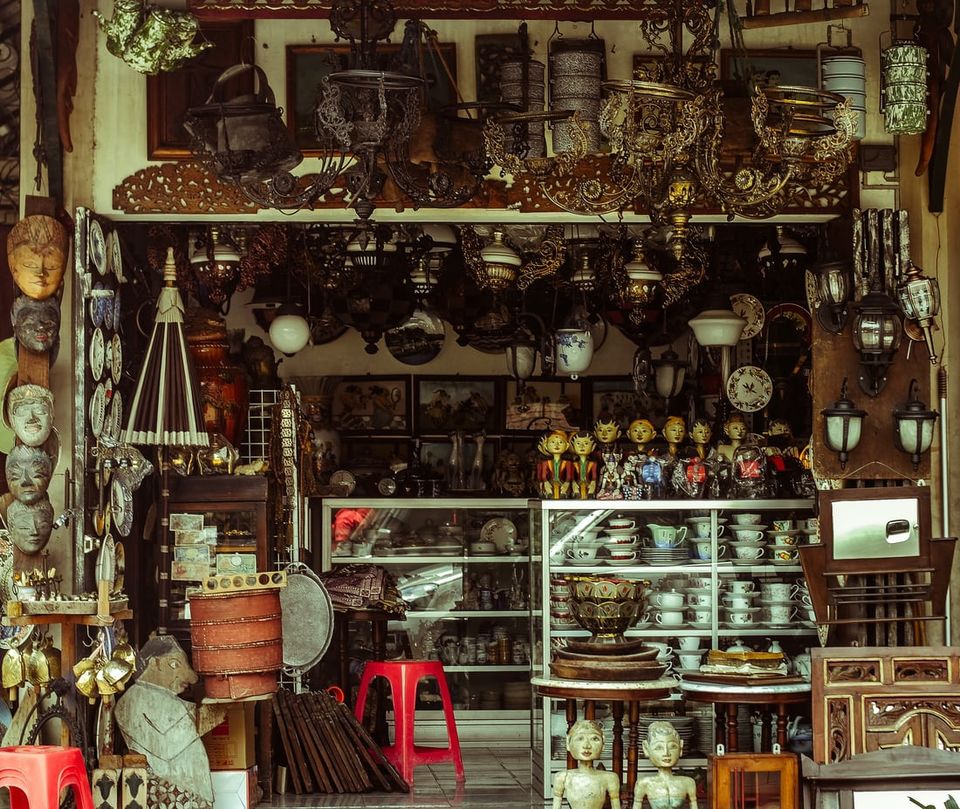 Who doesn't like receiving free gifts or even heartfelt blessings?

But, while travelling free gifts and heartfelt blessings often come with strings attached!

I still remember a funny incident from a trip when I was visiting Mathura and while my friends went ahead of me, I was stopped by a man, adoring clothes that of a priest and blessing me while looking at my forehead. Initially, I was amused thinking how lucky I am to able to receive such unconditional blessings and how unlucky were my friends for not being able to receive the same, only to realize nothing in this world is free.

He might not have asked for money directly, instead requested if I would like to reward him some money voluntarily for his service i.e. future telling/blessings(!).

Whether, I rewarded him or not for his services is something I'll not tell here today, maybe some other day, but it indeed made me aware of such scams for sure. 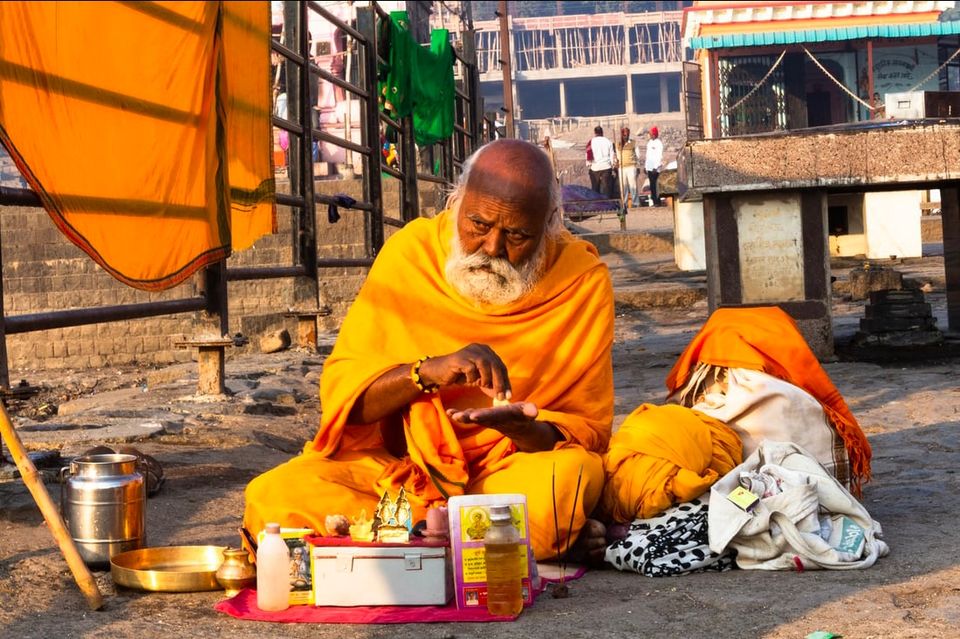 Dev Anand's "gaata rahe mera dil" from his ultra famous movie Guide might have forever painted tourist guides through rose tinted glasses but the regality might not be the same always.

Also, it's good to have someone help you with information or even remind you the already known facts while touring a particular historical or religious site but remember it's not a mandate.

Often, it is made to look that it is essential to book a tourist guide or even forced upon us, charging us quite a hefty amount for their services.

Not all tourist guides are genuine and hence looking out for government guides or hiring guides at the ticket counters are indeed some wise options to be considered while choosing tour guides. 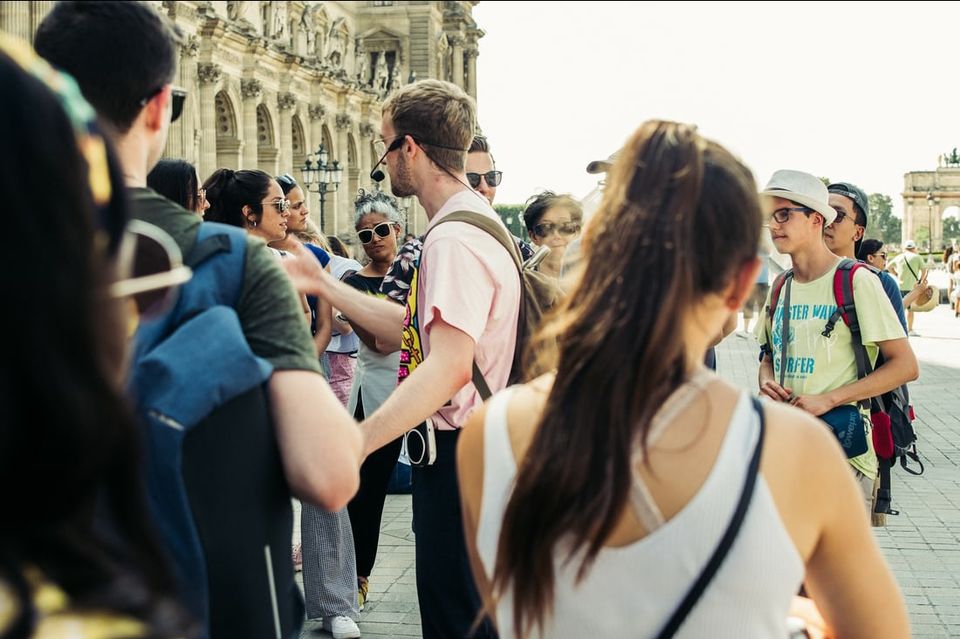 This particular scam hits really hard and even our taste buds can vouch for that.

It's not uncommon to eat at fancy restaurants while travelling in different parts of the country but it's certainly very irritating to find that one has been unethically charged on food or drinks that has not been ordered, let alone served.

Often while travelling we are either so excited or tired that we do not check the final bill that has been handed to us.

Also, this is not restricted to dining only, make sure to get a detailed bill of your travel packages or hotel bookings and ask in advance what services are covered under the tariffs you are paying or else you might be duped into paying extra. 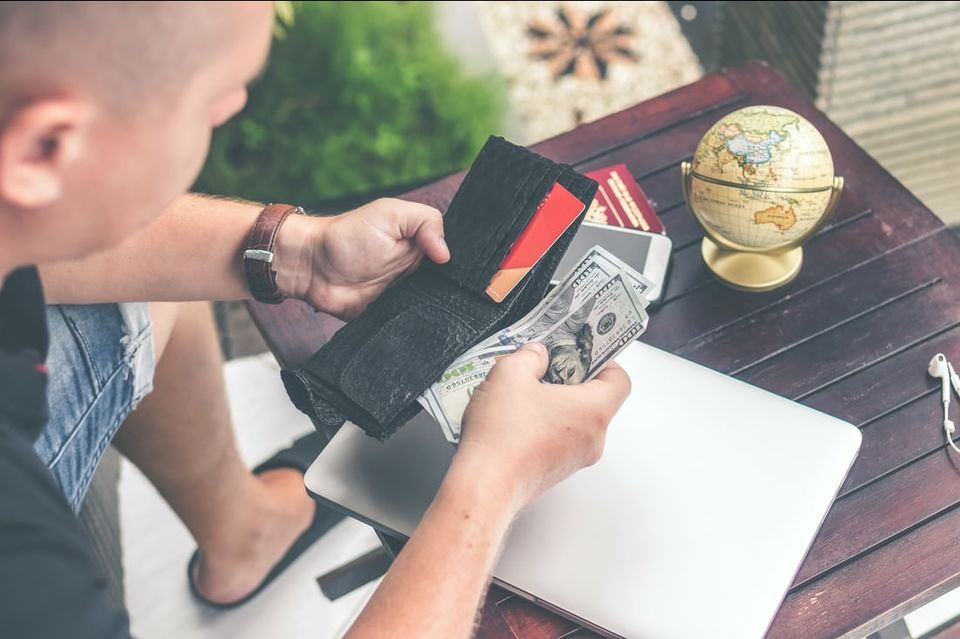 Well, pickpocketing is not something inherent to India only but is quite common across different continents too.

Pick pocketers are so good in their craft that you won't even realize that your wallet, purse or other valuables are missing even long after they are gone. Since they often work in teams, one member usually diverts or distracts you while the other uses this distraction to run away with your valuables, hence making it easier for pickpocketing.

So, it's very important to always be accountable as well as mindful of one's belongings while travelling.

I know a friend of mine who once had to go through hell because he had committed the cardinal sin of keeping his passport in his handbag that the pick pocketer had ran away with. 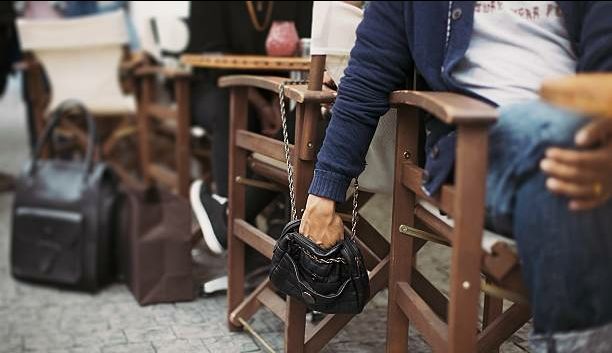 Moral of the story, there are good people out there to help you out during your travels but there are some bad people too. So, it's never a bad thing to be a little extra aware, informed or careful especially while travelling to get saved from scams.

Which scam do you think is the worse of all? Share you experiences of scams while travelling in the comments.