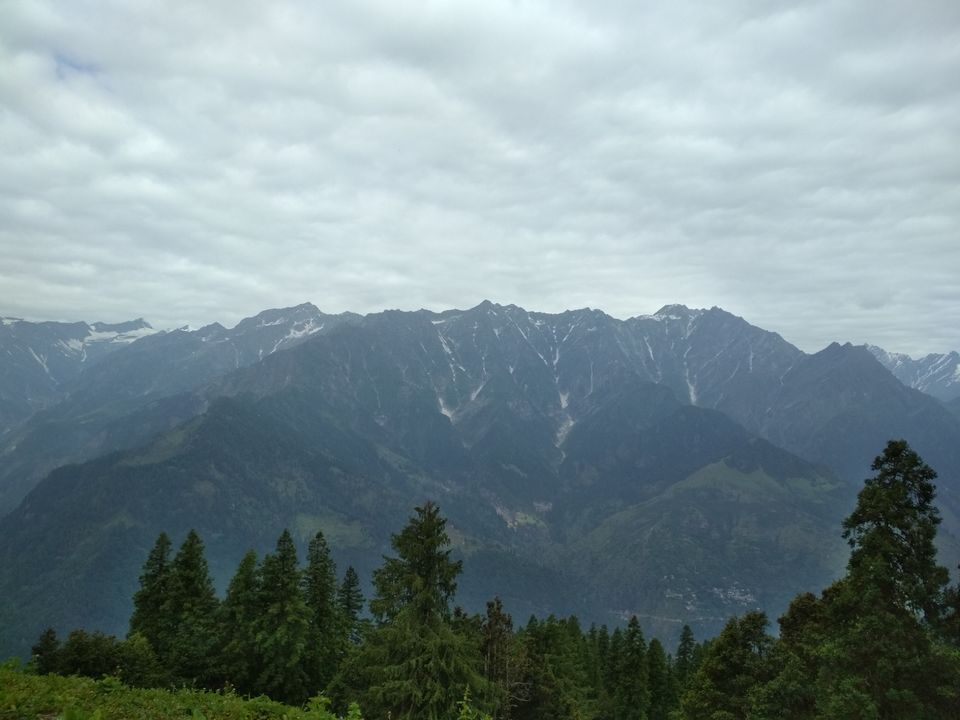 So this trip supposes to be of 4 members but it ended up going solo for me, I wasn't ready for going out solo but I too was determined to go on this trip somehow so I did some quick research about it and it turns out to be the best place for a solo traveler.

So guys then what, I gathered up all my stuff for I did some research about things to take on a solo trip.

Day-1 It started from Chittaurgarh to Delhi, I took a direct train to Delhi. I didn't know what to do in Delhi so I dropped out at Meerut junction, where my friend picked me up and we'd swing by Meerut till 5 PM I been to some cheap market and then I went back in Delhi as I had to catch a bus to Manali from Kashmiri gate. while in between the journey to Manali I've met new people and we shared each others experience, just know that talking to a stranger is always a good idea if you are traveling solo.

I have attached some photos of the hostel where I stayed for around 3 Nights, trust me its a nice place for someone who wants to meet new people and the best part is most of them are either solo or hippie group. you'll get pretty good stuff and decent quantity there(you know what I mean).

Day-2 Next day I thought of going out for wander but I had no idea where to go whilst there's too much traffic out in Manali (usually there is huge traffic jam in Manali), So I decided to go out and lost in the hills but unfortunately I didn't have most of the stuff that is mandated for trekking and I talked to many local shopkeepers about going out solo trekking, they scared the shit out of me by telling the solo stories of people who went solo never came back or might dead. Next thing I did was, I found a local guide and he was ready to take me on local trekking (Brighu lake) for 1500 but the issue was of tent we had to arrange a tent and other stuff for trekking in day 2 itself somehow by the end of the day we got them all(eventually we had to buy tent as there were no tents available for rent).

Day-3 All set and sort, I was ready for trekking, excited and a little nervous too because I was going with the locals. It started from Bashisht (a local area near bhang, Manali), where you'll find hot water spring and a temple, exactly, from there trek, starts I was carrying around 20 kg of weight on the shoulder. In starting I was energetic and i was the one who was leading but later on I seemed to be the last of them while trekking because for trekking there is a rule of walking at constant speed for long-lasting stamina, though we took some refreshing break for having fruits and smoke(It is strictly recommended not to smoke cigs while trekking, else it'll cause frequent fatigue). After a trek of continues 6 hours, we found a grassland and small waterfall where we decided to stay for the night.

Day-4 We woke up at 6 am and done with all nature calling by 7, then we started trekking again as we were going up and up it was getting more difficult as path was more steep and slippery, while trekking you'll see your next destination as the top of the hill but once after reaching there you'll find as if you just started the trek and it becomes harder to get to the next destination but at last we were there at Brighu lake by 5 pm after 10 hours of continuous trekking.

We still had 3 hours to pass till night so we decided to go back to the bhashist within 3 hours it was tough decision to make because I wasn't ready to go all the way down in that day itself as it was slippery and steep way down, But the majority was to go down so i had to follow them anyway.

finally by 9 pm we reached bhashist and we all had our way to pass but for me, after I leftover with locals and I went back to Jagatsukh where my hostel was, I bought a quarter of old monk and *sh nearer to the hostel and shared my experience with other and finally called it a day.

Day-5 I enjoyed it at the hostel and in the evening I visited the Manali market properly, it wasn't that big, I found out some good wine and a little rush then I had a foot massage and by 8 pm I took a bus for Delhi.

local travel expense; RS1000(including all local travel, though I mostly traveled by taking the lift)

Things that you should know for solo traveling and Brighu lake trek:-

2.never be afraid to approach a stranger.

3.keep enough money in your wallet and some money in pocket as well.

5.Always be humble to learn how to enjoy life as it is.

6. Don't get carried away if someone is giving you a dam.

7. Always do some ground research(remember there is always a cheap way out of things).

8.you can trust Himachal locals they can never be a fraud person.

9.Always bring a rubber with wherever you go :D

10.Nature, love, travel, and family that's all you should care about.