Indian Monuments are known for the use of an amalgamation of architectural forms. Different styles of Architecture infuses inspirations taken from architectural marvels and techniques throughout the world. The Mughals are famous for the majestic architectural magnificence they had left behind. Their architecture included a synthesis of various cultures. The buildings they left behind are majorly of Indo-Islamic.

One of the most significant, captivating and impressive characteristic of the Mughal Art and Architecture is the Art of Pietra Dura. This involves and inlay work of delicately cut, fitted and highly polished semiprecious stones like Lapislazuli, Agate, Jasper, Jade etc. Pietra Dura is an Italian term which translates to "Hard Stone". Its Italian name is due to the fact that this art form shares a debated origin, some believing it to be originated from Italy rather than the belief of it having its origin in Mughal India. A segment believes that Italy was the cradle of this art form which was further revived during the Renaissance Period by the Medici family in Florence during the end of the 16th century. Of course, details of it can be seen in a number of buildings, St Mark’s Basilica in Venice is one such site. It is often referred to as Pachchikari or Parchinkari in India.

The Art Form can be seen in a lot of structures attributed to the Mughals. Taj Mahal is a grand example of the use of Pietra Dura. The archways, entrances and the cenotaph along with other structures of the Taj, the art form can be noticed in all its glory. Embedded in the ivory marble imported from Makrana(Rajasthan), were gems such as carnelian, lapislazuli, turquoise and malachite, exhibited in floral designs of Parchinkari that stands out on the glistening ivory surface. The Agra Fort and The Red Fort in Delhi has also been bestowed with a fair share of this art. The Rang Mahal and Khas Mahal within the imperial enclosure of Red Fort at Delhi has an extensive work of Pietra Dura within its pillars and ceilings, refer to the photos attached along. In fact, because the Taj Mahal is one of the major tourist attractions, there is a flourishing industry of Pietra Dura artifacts in Agra ranging from tabletops, medallions, elephants and other animal forms, jewellery boxes and other decorative items. This art form is fully alive and thriving in Agra, India though the patterns in the designs are more Persian than Roman or Medician.

It involves a very tedious work,a long process that requires patience and persistence. Fragments of semiprecious stones are first cut and then shaped to give them the form desired.The slab of marble is given a slight pigmentation usually by using henna, it is then chiselled for the stones to be fitted in order to give way to the desired scene. It is then washed, scrubbed to even out sharp edges and finally polished to give an overall pristine look. 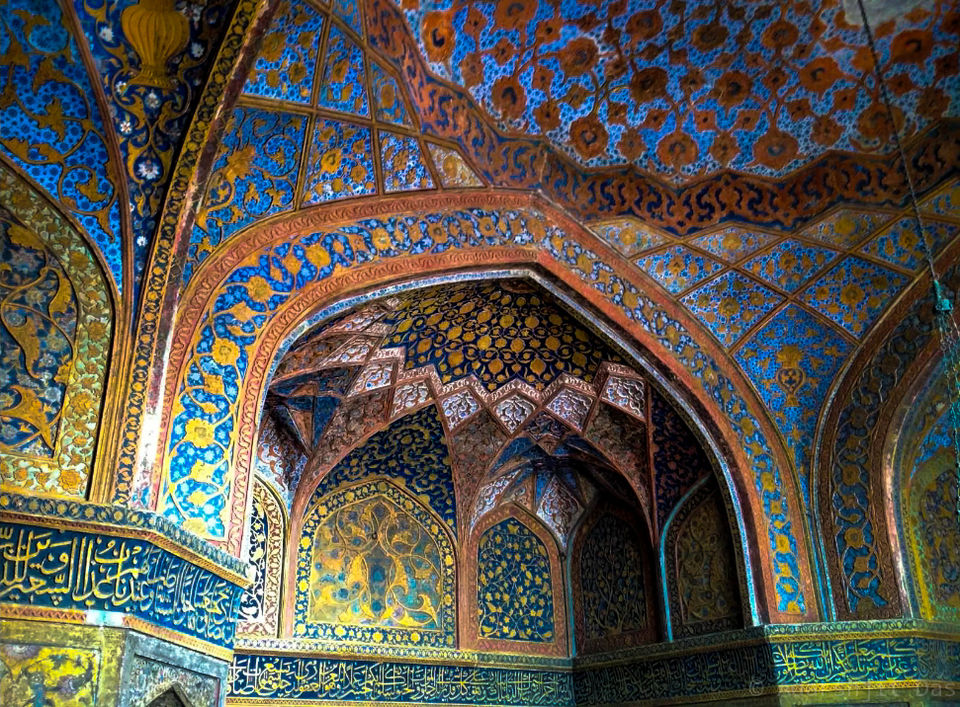 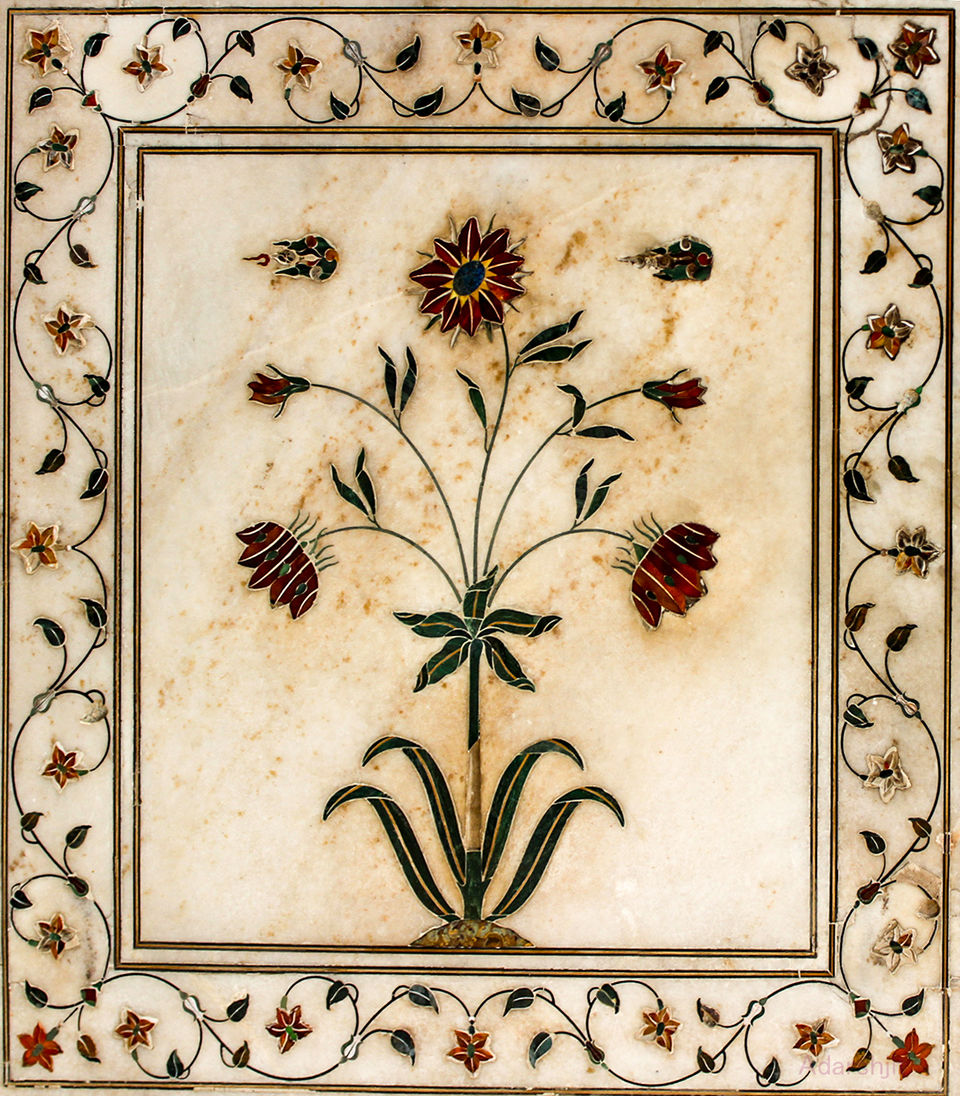 The Rang Mahal at Red Fort, Delhi. Each pillar is decorated with the Pietra Dura works 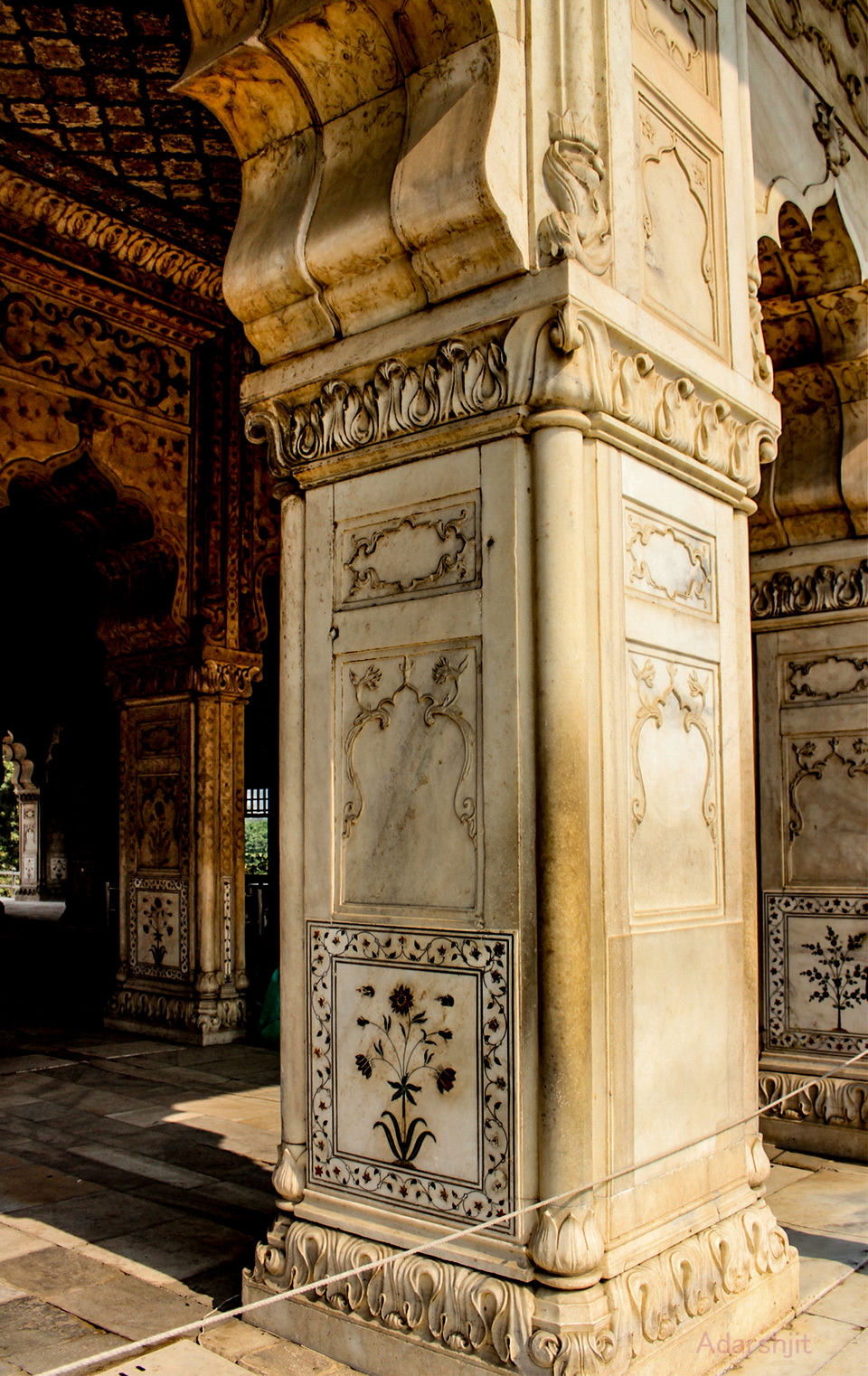 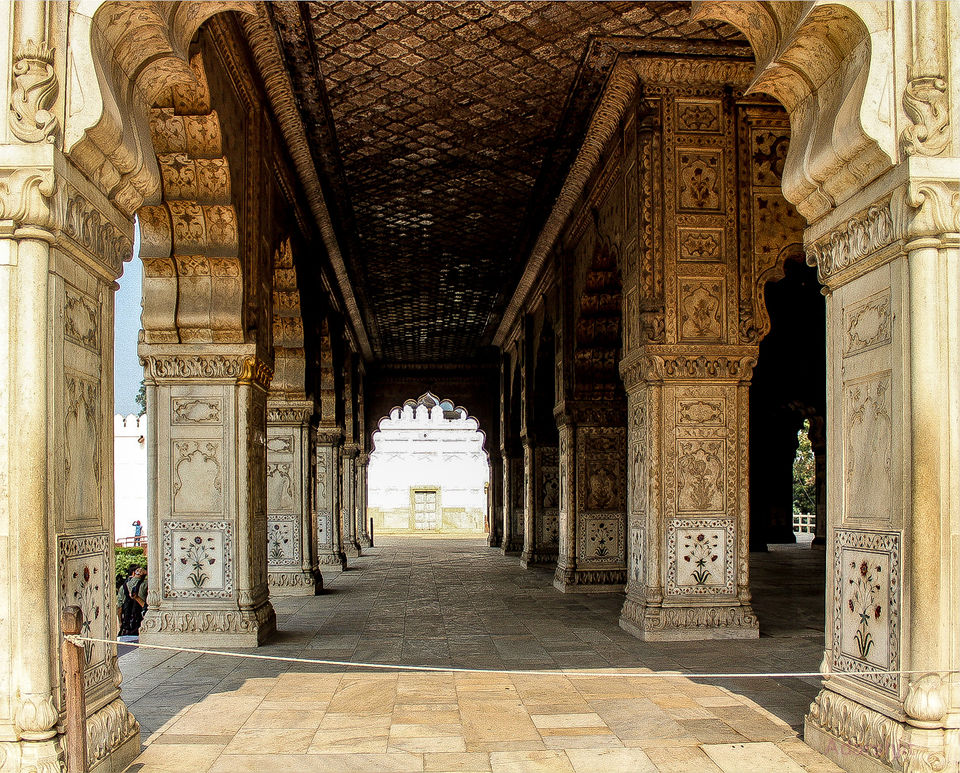 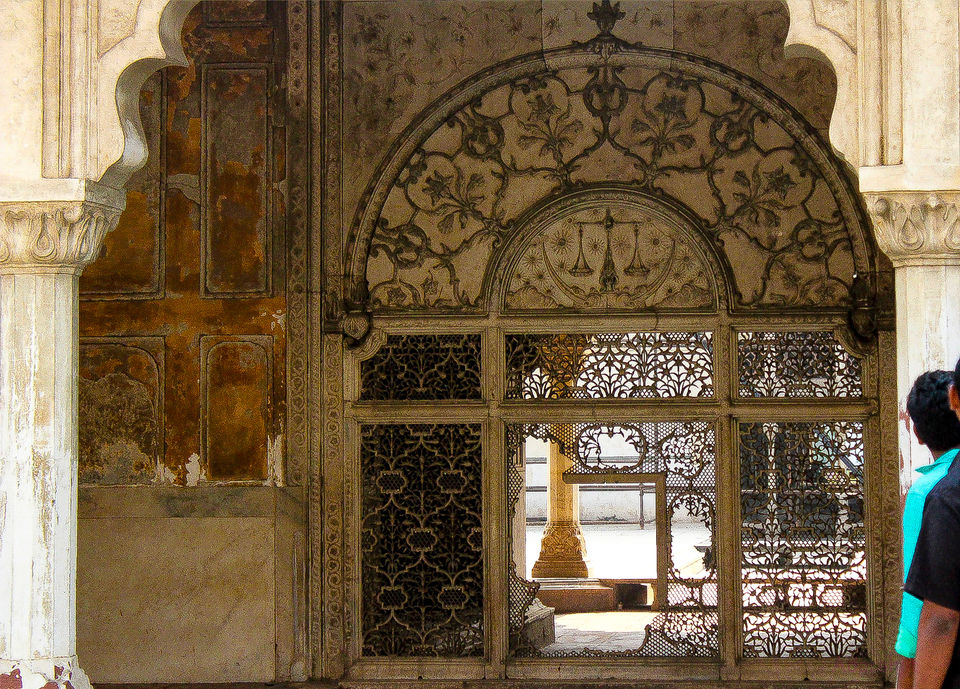