To the world I love #responsibletravel 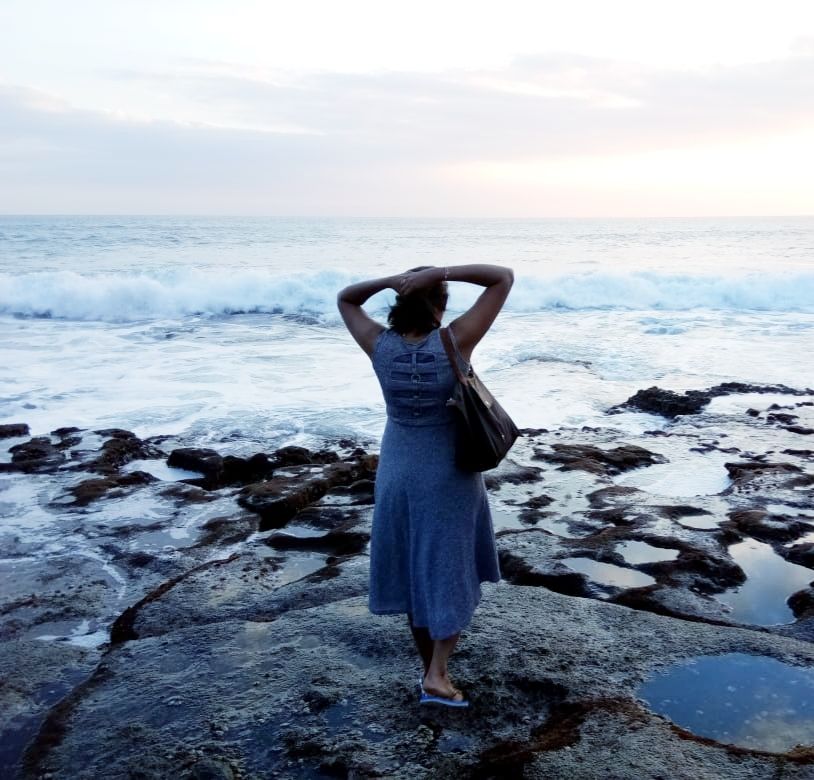 As a human being, we have all enjoyed earth's gift until the very day of our existence , but we fail to show our gratitude to the mother nature and due to that , climate change is one of the rapid changes that we can see globally. With rising temperatures each minute and drastic cold freezing points in the poles, its really now time to think of the corrections to be made. Now as most of the people get clutched to their 9 to 9 jobs , people forget to enjoy and see the nature's beauty. So when you travel and explore, even a penny change might result significant things.  I, as a traveler decided to take responsibility to be a better person. As past my travel diaries I have learnt many things and dedicated few things in return. Following are the little changes that I put to show my gratitude to the world.
1. Avoid plastic and don take things for granted: when I visited ladakh, our travel guide requested us not to throw away the litters and plastics outside and instead he said to dump the waste materials inside his car. I wondered how many people would allow their car to get into a mess and not to throw it away . I congratulated him and he said he is on a mission to keep the city clean as far as he can do. So, we stayed at ladakh and leh for 8 days and in all days we dumped our litters in a bio degradable bag and on the final day we were surprised to see that our litters amounted to 4 kg totally for a group of 5. From then on, I decided not to use plastics or buy plastic covers from vendors.
2. Water is our precious gift: As the world is witnessing a major revolution of zero day in many countries  and unsurprisingly India has also cities that are one day going to be zero day water . Metro cities such as Bangalore, Hyderabad, Chennai, Delhi, Gurgaon are on the verge of losing groundwater by 2020 and 40%of the Indian population will not be in a state to have access to proper drinking water. So while I travelled Germany, every house was equipped with energy efficient water storage system. So whenever you see water leaking in tap water, don't just ignore close it and continue the work . Whenever I travel, the hotels I stay in, i never use shower as it takes much water than using bucket which saves a lot of water. Also while brushing, never let the tap open until u finish brushing ,close it whenever you litter and then re use again.
3. Avoid food wastage: have you ever felt thankful for getting meal more than suffice. We are blessed to eat whatever we want or wish. In many times,people order food so much that they result in wastage of food. Many children's don't get a one square meal a day, but many of us,waste it and think as we are paying money we have the right to waste. But I'm saying that is the worst attitude we are coming up with. Always order based on how much u can eat. Never order for show off and then waste. Especially when u see people in hilly and terrain region, their jobs are difficult and they don't get proper meal. So never waste food at any cost. Whilst I travel I always buy a food parcel and on my way to explore,I offer the food to people who really deserve it. You also could try and see the happiness it brings in you by giving it to others.
4. Never bargain with local sales people:
In many tourist place, we often bargain with street vendor people to give in an unsolicited price . These people sit in hot sun and cold weather to sell, and even though it's high buy from them as they sell only during seasons. In off season they never get customers to sell their products. We bargain with the local vendors but we end up giving high price for the same quality in a shop that is well furnished off . We don't even bargain as our ego might get hurt. So , these are the indirect help that you can give it to the people.
5.Educate wherever you can : while travelling makes you learn things, it also gives you a chance to enlighten people's mind. When I visited leh, there were kids who was very much interested to learn, but since they couldn't afford tuition fee,they were unable to learn properly. When I saw that I thought them the few lessons in algebra that I knew and some of my friends taught them physics. Since bsnl connected there, we gave them the links for learning and other apps that could solve their problem . So when nature gives you a chance do it wisely to empower small minds who truly deserve it.