Travel in the Cedar Fragrance of Kashmir 6 Day Itinerary : Day 3-6 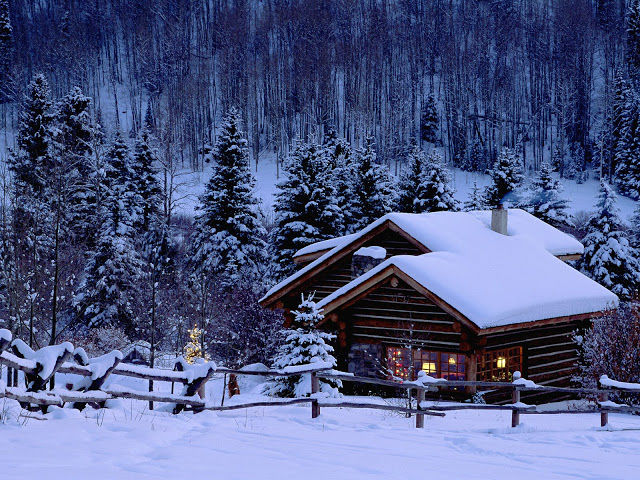 Although it was not the chaos of Delhi and for the first time we woke up listening to birds and not horns, it is still the capital of a region. A question that pushed us to continue with our exodus to the north that has a purpose to enter the imposing Himalayas.

The man with whom I had made the trip the day before was waiting for me at the door at five o'clock. At that time the sun was barely beginning to peek out from behind the mountains. There was no sound but that of the birds. It seemed that in the city no one is alive more than those animals, me and the Kashmiri who accompanied me.

Also, it was cold. Luckily the boatman was ready for everything and soon he offered me a thick blanket in which I wrapped like a silkworm. While to myself I thought it was better that the floating market was not one of those tourist shows where souvenirs are displayed. I confess to being a person of slow and difficult awakenings.

As the sikhara began to travel the empty channels, my attitude changed completely. It was due to the silence, the solitude, the magic of that scenario. That was a luxury, and I soon admitted that I did not care where they took me. If I did not like it, I would not repeat it but the mere fact of having enjoyed the sunrise in Srinagar in that way had been worth the lost hours of sleep.

Finally, we arrived at the famous floating market. At the junction between two channels, six or seven men, no more, chatted as they drank tea and smoked in their wooden boats. The total absence of women led me to think that we had arrived too early, which was partly true.

As the minutes passed, more and more men arrived, each on board their own sikhara. They talk loudly, negotiate and exchange fruits for vegetables, vegetables for fruits, or sacks of mysterious content. But there was no woman among them, except some tourist accompanied by her husband who, like me, watched the scene from his sikhara.

I do not know how long we stayed there, but I estimate that it was not less than an hour and a half. It was fascinating and embarrassing at the same time. Embarrassing because, in order not to lose anything, my boatman did not hesitate to break through the vendors. He stood in the very center of the swarm, and the feeling of being a tourist did not leave me. Despite this, the experience was authentic and genuine. I was so happy that I found myself unable to erase the stupid smile on my face until we left.

We returned following those same merchants who, with their duty, returned home to breakfast with their families. The channels, once empty, began to be populated by boats with women on the way to the market. We take a shikara to be at 10 on land and go to Pahalgam. We arrived at about 12. It is a mountain station with extraordinary landscapes.

We decided to climb in a pony, and thank goodness, because the climb is rigorous and the road is treacherous in some sections. We are accompanied by two kids, one for each horse. As the upper lake cannot be accessed and we do not want to spend five hours on horseback, we take the short route. There are very nice places and we end up in a fantastic meadow full of tourists. On the way, we find people who take photos with bunnies, sheep, etc.

We trek through the surrounding mountains, among gypsies and Kashmiri shepherds. We also visit a small hamlet of farmers, in the house where our guide lived with his family. They gave us a room, where we sit in a large carpet that covered the floor. We spend the afternoon with the children of the family, teaching them card games and learning their own. We tasted the tasty cuisine prepared by the lady of the house.

We then go on our way back to Srinagar on the banks of the Jhelum. We take a little walk around there and we go to look at small shops before retiring with the shikara to the houseboat. Above the shore of the lake, the sun goes down and we enjoy Kahwa from a colonial-looking porcelain cup. Our feet dangle over the water and with them our deeply relaxed souls. It was another great night with magnificent views and the beers provided by the landlord, upon request.

Today we start at 9:30 with the driver to go to the ski resort of Gulmarg. The shikara makes the journey in 5-10 minutes. The road to Gulmarg is meandering. We catch the tail of a warm weather and snowstorm when we arrived in Gulmarg. Soaked to the skin by the rain and, as a result of which our car could not continue, we trek the last 100 meters uphill. At the entrance to the resort, it is mandatory to take a guide. We decide on moving on a gondola. And after going up, of course to the top of Apharwat Peak, it was worth it. The landscapes looked like the Alps.

After about an hour of breathless walking, with lungs and legs burning, we arrived at a broad, intact and north-face that allowed us to carve, cut and crawl through 20-30cm of fresh snow. From there we ski through extensive open powder snowfields, agricultural villages and with perfectly spaced tree tracks, to the dirt track that leads to one of the several military bases that disperse the area.

The breathtaking landscape, without words, reminded me at certain moments to the alpine landscape of Switzerland, but at the same time, everything is very different. After arriving at the top of everything, at an altitude of 4,300 meters, we could hardly breathe. There was little to walk and the only thing was to see those breathtaking views of the mountains. After descending again by the cable car, and having a coffee, it was almost three thirty in the afternoon.

We return to take ponies. The road is very beautiful with rivers, and meadows. Once up it starts to rain and it's cold so we take a few soups and take the opportunity to eat lamb, finally! When it stops raining, we start the descent, faster, in which yes the guide accompanies us. The trip back to Srinagar is 1 hour and when we arrive we visit the Mughal gardens.

I visited the Cheshmashahi, Nishat and Shalimar, each with its own history and even esoteric meaning. Nishat Bagh, is very beautiful, with several terraces of gardens facing the lake. It leads me to think that if Kashmir has earned the title of "Paradise on Earth" it is largely because of them. However, Sishara, is small and simple. It was not worth much.

In the evening we go shopping in the city. At night while returning back the light went off, and I cannot tell how I felt at that moment. When the light went off they lit torches in all the street stalls. It gives a sensation of being in the middle ages, with the insecurity of the territory where we were. To me, however, I loved the feeling.

We arrived at the houseboat that had prepared a typical Kashmiri dinner with fish curry and saffron pilaf rice that was delicious. We went to sleep after chatting a bit in the living room. We turned on the heaters and the electric blankets on the beds so that we were warm.

On the fourth day, we started the retreat. Our next goal was Leh, and the road by land would take us two lucky days. The distance was not much, about 500 km, but the road was winding. We decided to do it step by step.

Our first stop was in Sonamarg, about 100 km away. It is a small town between mountains that is characterized by having a glacier and lots of snow with postcard landscapes. We went there, walked to the glacier and slipped in the snow. Sonamarg is not just snow or fun. We were struck by the large military base that counts (it was neither the first nor the last we saw).

The next day we left for Kargil. It is the second and last stop on our way to Leh. We waited all morning for a bus that never arrived. We ended up sharing a taxi with other people. The trip should have last about 5 hours, but it ends up being much more. After we left Sonamarg, a landslide stopped us. It forced us to stand while the machines are working. People took advantage to take pictures in the middle of so much snow landscape. The military ordered the wait. After an hour, and already tired of waiting, we continue our trip.

A few kilometers later we encountered another problem. A large amount of snow had collapsed on the road blocking the way. Our feeling was of concern, for having to keep waiting. But the feeling of the others was different. They got off happily from the cars to go to take pictures of the snow. There we realized how different our conceptions are. We were in a hurry to get to the side while others, in the same situation, saw the glass as half full.

Something that surprised us was the number of local tourists. Yes, many but many who spent their summer holidays here. There are women with saree with their snow boots. We wait for the machines, together with the game of snow and photos. The trip to Kargil continued normally. The only thing is we arrived late. We got a place to sleep. We ate something and went to bed thinking that the next day, at 4:30 am, we continue our trip to Leh.

I think back to Kashmir as a dream from which we would not want to wake up. It will perhaps be for the enchanted atmosphere of the lakes of Srinagar, in which the clear blue profiles of the snow-capped mountains are reflected. Staying in a houseboat in the Dal Lake, which in spring is covered with floating mats of water lily, was a unique experience. In my memory, it is still linked to fresh, resinous scent of wood cedar of the Himalayas, the essence of where these romantic floating houses are made.