In the lap of nature! 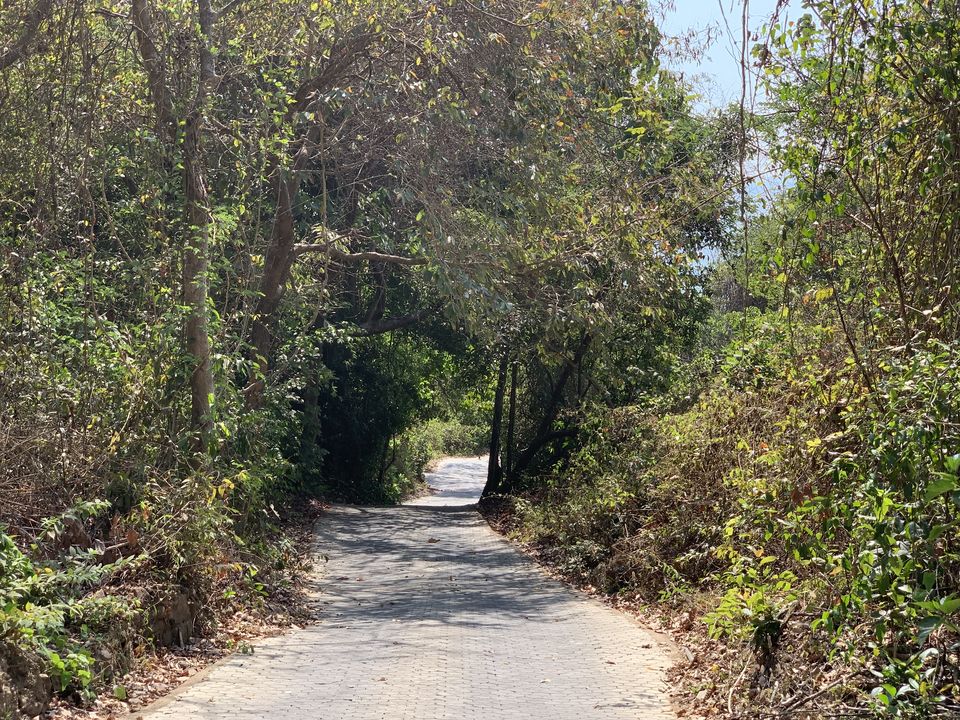 If the Great Gatsby were to throw an island party, it would be here in Cintacor Island, ‘Old Sport!’ This island is a perfect amalgamation of nature and luxury nestling in the massive shallow of the Arabian Sea. Time travelling back to the days when India was yet to be discovered, a small island on the western coast of the Indian mainland waited to be flourished. The piece of land located off the Karwar coast (seemingly trivial in the historic events) is now open to nature lovers with a spin of premier luxury. Cintacor Island was one of the many pit stops for Vasco da Gama and the Portuguese crew before they discovered the Indian subcontinent back in 1498. The natural harbour of the Cintacora Island paved the way for the earliest economic transactions of India when the Portuguese introduced sundry vegetables to the country. The then ‘exotic’ vegetables- potatoes and red chili peppers- later became intrinsic to the new India. After five centuries of invasion by the Portuguese, Cintacor was handed down to an Indian family. It is now managed under the wings of The Little Earth Group that also has exclusive resorts in Ooty and Nilgiri. Today, Cintacor Island (Resort) sits peacefully in the lap of the sea waiting for another batch of adventure seekers.

Reading through volumes of content on the Internet, the island life has always worked its charm on me. Though I have travelled to some islands before but never to one remotely close to a ‘private island’. Two words- no pollution! A setting sun with glittering stretch of the ocean affront, lying down on hammocks with a beer, misty ocean breeze and seagulls cawing replacing the noise of the city. Cintacor is as comely a place as it comes.

A two-day trip to Cintacor Island Resort came as a surprise planned by some family members while we were in Goa for a reunion. I was excited while I started Google-ing. A hoarder of activities, top class facilities, warm staff and an extensive island at one’s disposal were some of the reviews that further aired the flames of excitement. While searching for things to do in Cintacor (the primary traveller’s instinct), I cam across some interesting facts- a temple on the island is flooded with thousands of pilgrims every year. The Narasimha temple is flocked by fishermen who gather to pray in February. During the days of pilgrimage the resort is shut down for guests and the island is completely jam-packed. Holidaymakers should plan accordingly.

My journey to the island started in the wee hours of morning. We loaded ourselves with snacks, beer and some tales for the 4-hour road journey from Goa to Karwar port. The view from the port stretched full and wide with numerous small islands floating like pieces of small rocks. We hoped on the ferry all excited and in wonder of where we were headed. The motor rumbled, the boat speeded and the salty water spraying against our cheeks brought in a smile. The waters were troubled that day. Our heartbeats went up and down just like the ferry we relied on. It was all forgotten when en route we discovered beaches in the middle of the ocean just like the ones in Maldives, scattered with palm trees and dolphins racing us to the shore! Yes, you read it right, a pod of dolphins for company to the shore. The Indian landscape beauty is so diverse, so untouched and raw in its charm yet so underrated.

The resort on the rocky island is seated deeply in the cradle of un-spoilt lush greenery and ample variety of flora and fauna. At the entrance to the main resort you will be caught by their infinity pool and find yourself sold to the charm of the place in the first five minutes. There are only fifteen cabins at the resort that are clean, spacious and each one comes with a view to kill. All cabins are uniquely named after species of birds and fishes on the island. It is a luxurious gizmo in the middle of nowhere. I felt like I’ve stepped into a time machine as I walked down the cobbled lanes with the blur sight of Indian mainland that was yet to be discovered. It was like I have been a part of this place and shared its history since time immemorial.

One can take up a number of activities at the resort; it is a complete family package. Apart form the basic water-sport activities; the early morning trek around the island is something of a show stealer. Chanchal, the general manager and caretaker at the resort is one of the most humble hostess you’ll meet. She takes you on a ride through the history and adventures of the Cintacor Island. During the trek you’ll come across massive vegetation of wild trees that cannot bear leaves, a spa with a deadly view, the great crack in the Karwar coast from where history stepped in, too many fishes near the water and a huge carcass of a whale discovered near the island! The food at the restaurant is not Michelin Star level but you can handpick some delicious items from their Indian menu. The staff balances off all the shortcomings of the resort. I do not take it lightly when I say it is one of the most hospitable crew I’ve ever come across in my many destinations around the globe. If I could rate the crew in stars, I would give them an eleven on ten. One extra for their embracing smile throughout. They made this little paradise a lot more fun.

If basking in the sun in the middle of ocean with a chilled beer is your thing then make the best of the coming long weekend and book this exotic piece of history right away. I promise, you won’t regret a dime spent on this tiny heaven away from the conundrum of heavy touristy spots. When I recap now, all I see is a picture of myself soaking in the chilly pool with a crimson sunset and feeling the opulence of this meagre blip of history.