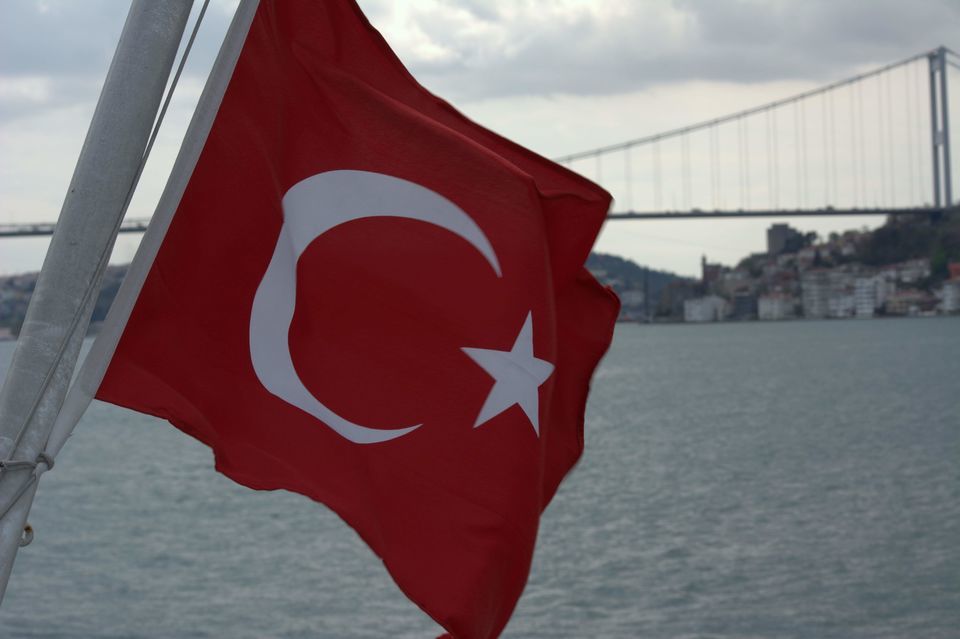 When I started researching for our anniversary trip, I thought of so many places but Turkey never really crossed my mind. Truth be told, when I booked tickets to Turkey, I did not know what this country actually had to offer. I'm not sure of when and how I decided to travel to the magnificent city of Istanbul, but that was the best choice I ever made.

Istanbul is a gorgeous city exuding history and culture, earned over time along with a great tradition of Sufism, its a blend of both old and new. It is one of the oldest cities in the world and was known by many names – Constantinople: capital of Ottoman empire, Byzantium: capital of Byzantine Greek culture and in modern days, Istanbul.

In my blog I will make an humble attempt to touch upon some of the highlights that really moved us, but this mystic city has something unique to offer to everyone, I hope you explore it yourself...

Streetfood of Istanbul and walk by the Bosphorus ~

The very first thing that made me fall in love with the city was its incredible taste in food and music. Our day did not start without a cup of Turkish apple tea and their spread of amazing cheese, olive. After that the day unfolded with us having street food almost whole all the time- something which is an integral part of the Istanbul's kaleidoscopic cuisince: The Kebaps, Döners or Balik ekmek by Bosphorus are a must have and yes, we did have a lot of them. Being a junk food fan I loved the the Islak Burger and chestnuts at the Taksim square. I will not do justice to Turkish cuisine if I do not mention the mouth watering Baklava, something that will make its way to your luggage back home for sure.

Our evenings were filled with walks by the bosphorus that helped us to get acquainted with the city; the breathtaking views of the skyline, dance with the belly dancers on the evening cruise of Bosphorus while sipping local raki.

Enjoy the granduer of Hagia Sophia ~

Hagia Sophia is a great architectural beauty and an important monument both for Byzantine and for Ottoman Empires. Once a church, later a mosque, and now a museum at the Turkish Republic, it stands magnificently as a witness to every significant phase of Turkish history. Originally constructed as a church between 532 and 537 AD by the Byzantine Emperor – Justinian I, the Hagia Sophia was transformed from a Christian Cathedral of the Roman empire to an Eastern Orthodox cathedral to an Ottoman mosque and finally to the present day secular museum (Ayasofya Müzesi). You can spot ancient Christian mosaics, Islamic motifs and beautiful images of the Seraph, the six-winged angels. From Hagia Sofia, head to the 15th-century Topkapi Palace of the Ottoman empire and admire the opulent architecture and interiors.

Let the magnificence of Blue Mosque sink in~

The beautiful Blue mosque of Istanbul, also known as the Sultan Ahmet Camii, is one of the architectural masterpieces in the entire globe. It gets the name from the interior design which is of blue tiles and paint illuminated by more than 200 stained glass windows letting in natural light.

Spice Bazaar : Flavours of the world ~

Istanbul's spice bazaar is a 350-year old building which dates back to 1660. Spice Bazaar has a total of 85 shops selling spices, Turkish delight and other sweets, jewellery, souvenirs, and dried fruits and nuts.Earlier, the Spice Market used to be the end of the Silk Route for traders coming from faraway lands like China and India.

Grandness of the Grand Bazaar ~

The name "Grand Bazaar" suits perfectly as it is one of the largest and most ancient markets in the world, with 61 covered streets and over 4,000 shops which attract between 250,000 and 400,000 visitors daily. Of course a trip to Istanbul wouldn’t be complete without a stop at the Grand Bazaar. The street shoppers can satiate their appetite in this bazaar.

Just wandering in the streets of Istanbul is an enlightening experience in itself. Do not forget to visit Topkapi Palace, Galata Tower and the Eminönü pier. The vibrance of the west and the grandeur of the east can be seen in both the places and the people. I was touched and intrigued to the core by its history, culture and warmth.

We spent around 4 days in this city due to a tight schedule, but would have loved to stay for at least a week longer. Thanks for an unforgettable visit, Istanbul, I hope some day down the line in my life I can go back and re-live these wonderful days.